Beer of the Week - Two Beers from Brock St. Brewing 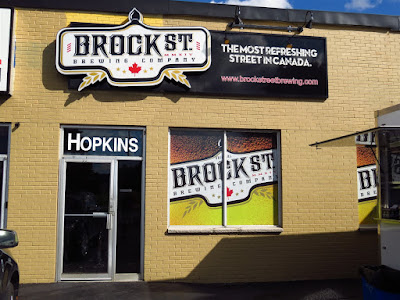 Yesterday I was coming home from visiting my family in Madoc, Ontario, and pulled off the highway in Whitby to stop into Brock Street Brewing. Currently located on Hopkins Street where they have been since April 25, 2015, they are moving to a new 25,000 square foot location being built on Brock Street in the downtown area. The development plan for this area includes creating an upscale micro-brewery which will include a new high-end restaurant, a banquet facility, a tasting lounge, a private member’s barrel room, along with a few other surprises.

When I dropped in, they had a singer with a great voice playing inside the brewing area. 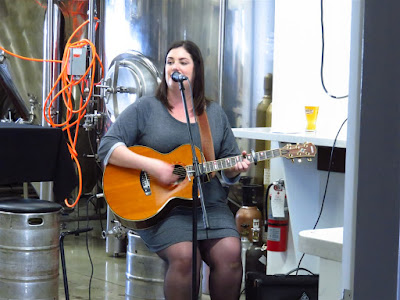 Tee shirts, hats, glasses and other stuff could be bought. 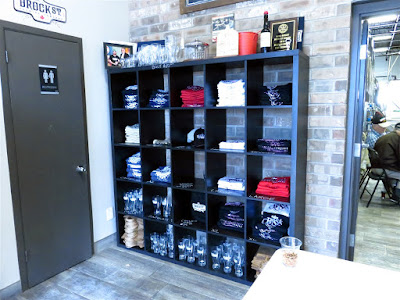 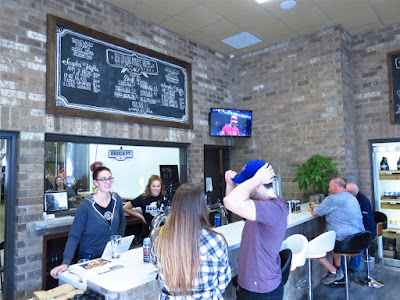 This is what the new location will look like. I want to take the GoTrain there and have supper and a few beers there once it opens! 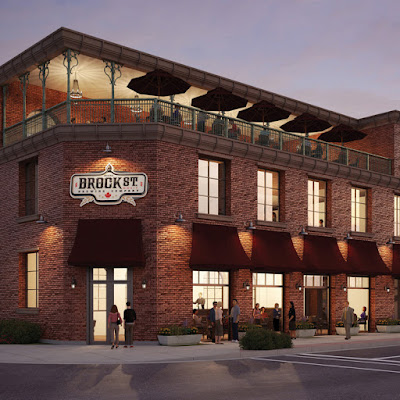 And the beer. I started with a Brocktoberfest. 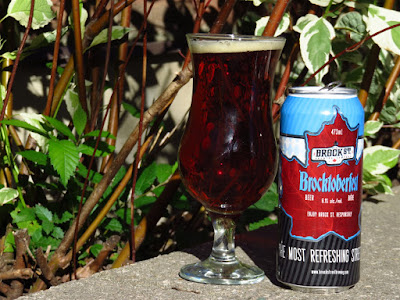 It pours brown in colour with a slight brownish head. It wasn't a big head but that was my glass. The next one I poured had a decent head. The aroma is malty with a touch of caramel in it.

Brocktoberfest is a dark marzen style Oktoberfest ale. It starts with a little caramel, then some hops come through to give it some bitterness in the finish. This beer is full of flavour from start to finish. At 6.1% apv, it's not sessionable but I'll be having another after this one!

Next up is the Brock Street ESB. (Extra Special Bitter) 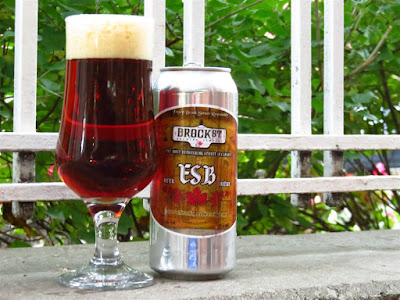 The ESB pours a brownish coppery colour with a nice off white head. There is a just a touch of funk (a good thing) in the aroma and it's also a little woody. I have been kind of hooked on English-style ales lately and this one stands up against any I have had. It's malt forward but with a nice bitter sense in the finish. Just like an ESB should be.

I know that when I am coming home from visiting my family in Madoc, I will be stopping in to pick up some more brews to bring home.