Hedley "Kiss You Inside Out" Video Shoot 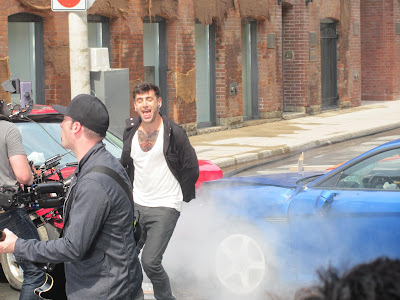 I work downtown and love it. You just never know what's going to be happening down there on any given day. Today it was a Hedley video shoot.

My boss came back from break saying that there must be a movie being shot up the street from where we work. There were cameras, smashed cars, etc. I had to go have a look.

When I got there, I found that Hedley was shooting a new video for their newest song, Kiss You Inside Out. There was a girl being interviewed in front of a car wreck. Unfortunately Hedley was not coming back out 'til 2:15pm and my lunch was over at 2pm. I followed some tweets about the shoot this afternoon and different fans were posting pictures with members of the band.

I headed back over during my last break of the day and was fortunate enough to be there while they were shooting. Beforehand we were told not to look into the camera or smile as we were to be concerned about the accident.

They played the whole song, through. As they played, smoke and steam came out of the car wreck behind. Even though it is an extremely hot day, 33C but 43C with the humidex (91F or 109F with the humidex).  Jacob Hoggard, the lead singer, never stopped moving. Lots of energy even in this heat.

I had my camera so, of course, here are some pictures. 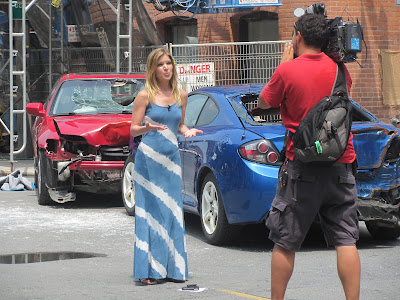 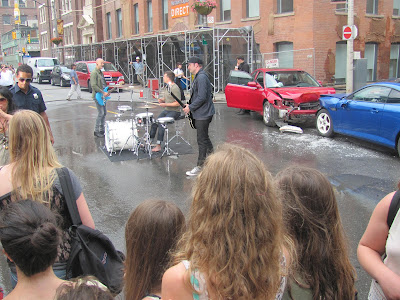 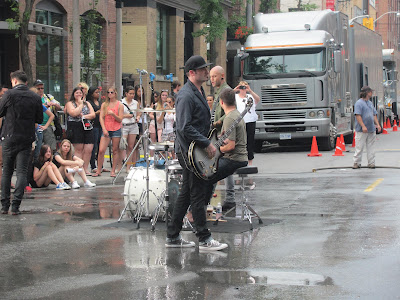 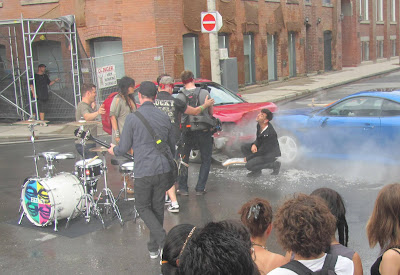 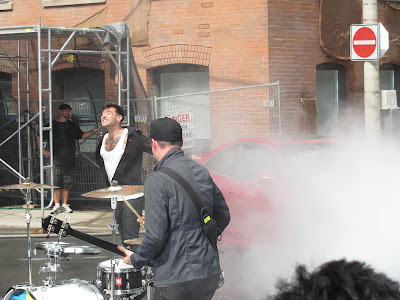 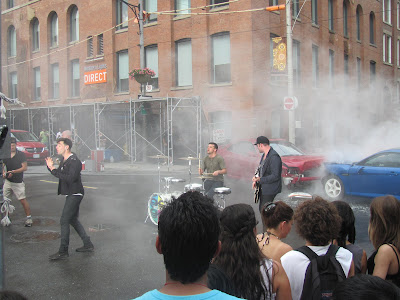 It was a fun way to spend a work break! Here is the finished video.
Posted by Swordsman at 17:10

great post Swordsman - nice original pictures and good overall citizen journalism. I feel like i was there.
In the future you should take more pictures of the crew guys - they are seldom photographed and many people always want to know who did what on what job and so they check crew pics

Hey Robert. great idea! I'll remember that for the future.

I agree....being the FX co-ordinator for that video, I didn`t have time to take my own.