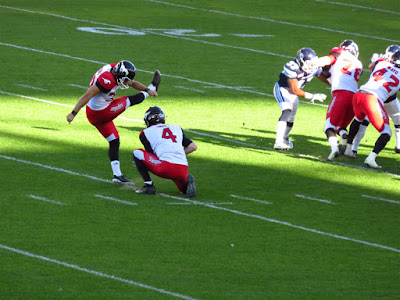 This evening, Teena and I were at the Calgary Stampeder-Toronto Argo game at BMO Field. It's our first time there to see an Argo game. We have been before to see the Rugby 7s finals for the Pan Am games, a Toronto FC game (soccer) and a Team Canada 2014 World Cup qualifying game against Panama. 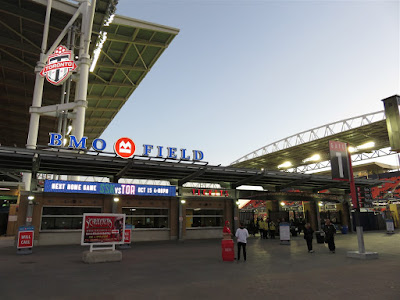 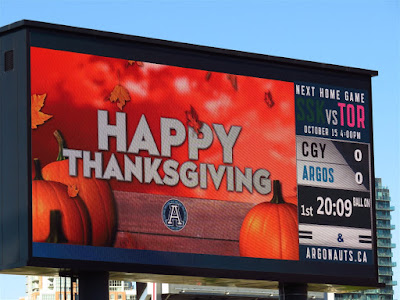 Three former Argos, Michael 'Pinball' Clemons, Derrell 'Mookie' Mitchell, and Rodney Harding were honoured for their many contributions to the organization before the game today. 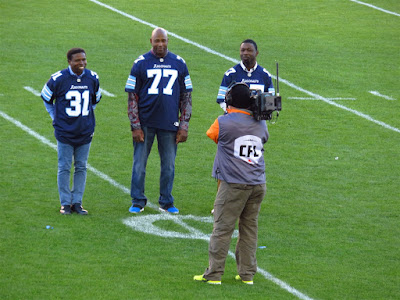 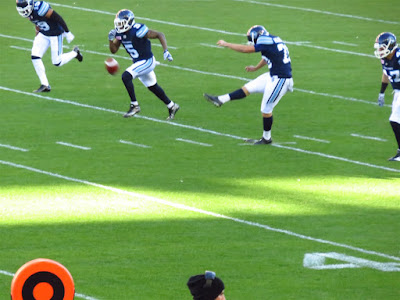 The Argos were never in this game. They were down 19-0 at the end of the first quarter and 35-6 at the half. Here are some pictures of the game. Being a Ti-Cat fan, I was OK with this. 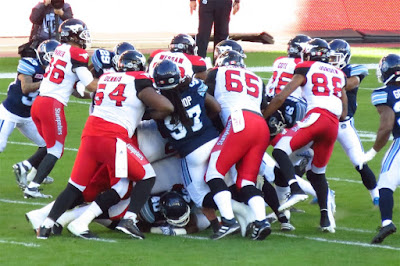 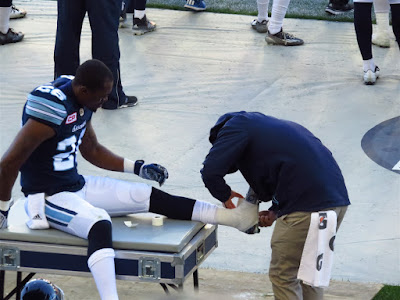 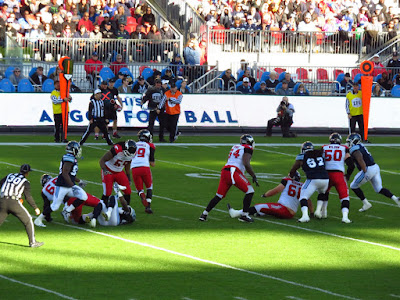 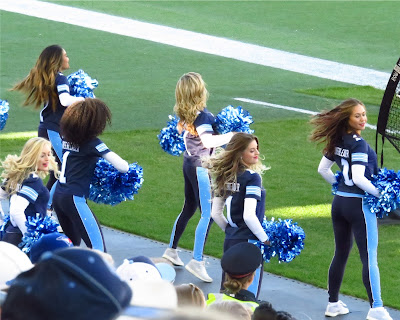 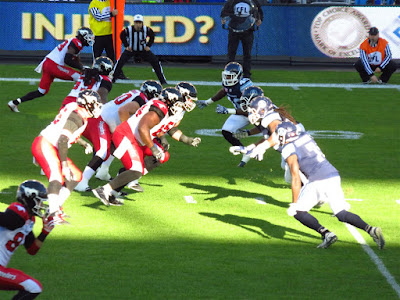 The Toronto Sun Argo Cheerleaders were quite good. 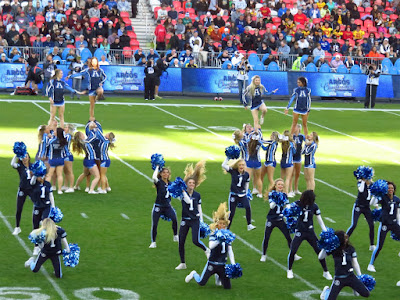 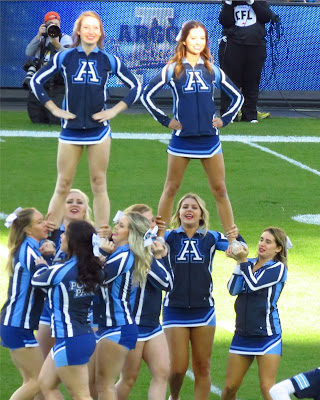 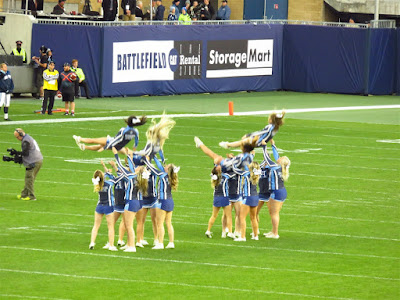 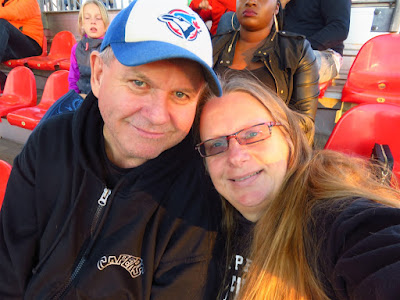 My buddy from work, Craig, was at the game seated above us. 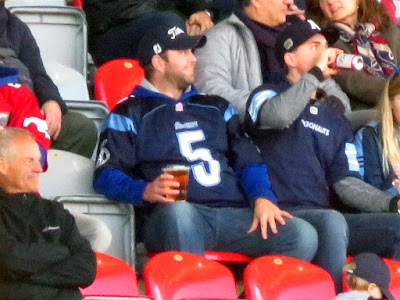 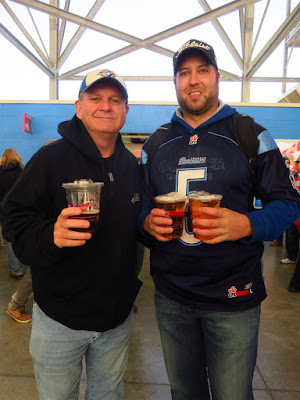 At half time Teena and I moved to the end zone seats above the Argo "notes". 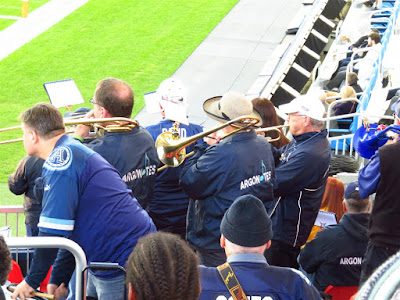 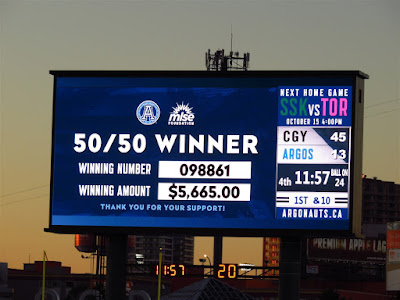 The new stadium is nice but needs to reflect more of the Toronto Argo history. Grey Cup banners and Eastern Division Championship banners should be the first thing added. I do feel the Argos have a good home and in time the fans will find it home for them too.
Posted by Swordsman at 20:25