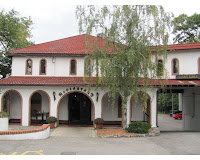 A couple of years ago, Teena and I saw an episode of Restaurant Makeover do an episode where they revamped Casa Mendoza, a restaurant with inviting patios, yes, patios is plural, overlooking a great view of the city of Toronto.

Located on Humber Bay, it is the last remaining hotel of the old hotel strip, which had turned ugly with drug dealers, prostitutes and rates by the hour, but Casa Mendoza always stayed above this.

“They were living in the motels, they were standing in the street, they would go to the cars. It was a very well-known hooker area.” I had customers coming for a nice dinner and a hooker would proposition the father in front of the kids," recalls Ms. Jackson-Bodzan who now runs the restaurant and Inn with her business partner Nancy Pendry in an article from a 2008 article in the Financial Post.

There are three patios, one above the other all facing the lake. Of course, we sat 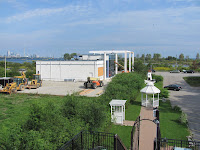 outside on the top one.

I will say the service was great and the food excellent. Teena had wings and fries ... the wings were meaty and the amount of fries generous. I had gypsy steak with gnocchi. I had never had gnocchi before and enjoyed their taste on their own, plus the way they sucked up the sauce.

Sadly, after years of saying we were going to go their for dinner and finally doing it, it is rumoured to be sold, making the way for condos. It is a gem from another era and likely would do well with the amount of potential clients around. In fact, as we ate, we also watched a sales office being constructed for a condo which is going up next door.

If still there next summer, we will head out for another visit, although I felt it is our first and last trip there. Teena's review is here.


The view of Toronto from the patio 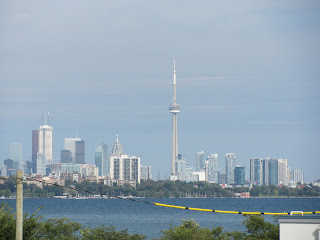 The view of East Humber Bay park from the patio 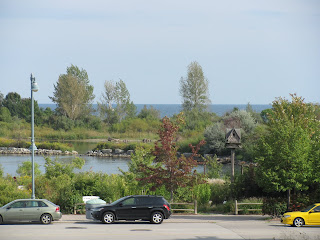 Teena in the gazebo which likely was used for many wedding photos in the past. 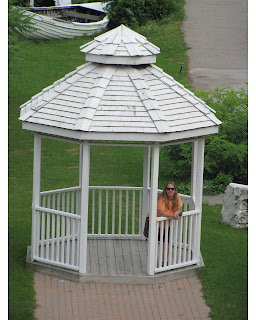 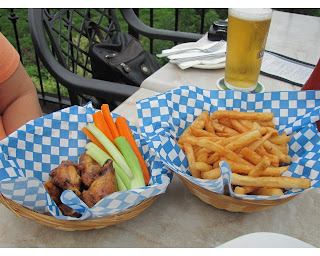 My gypsy steak and gnocchi. I have to make gnocchi sometime. 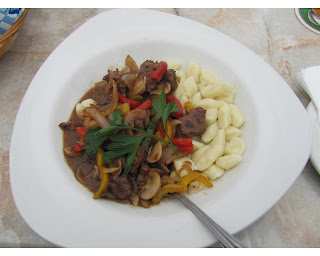 The piano bar and dance floor inside 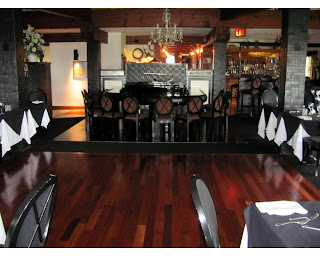 And the condo construction approaches 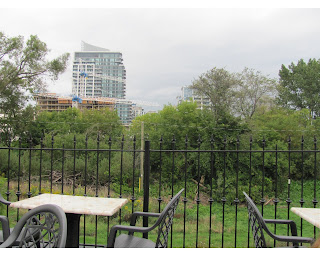