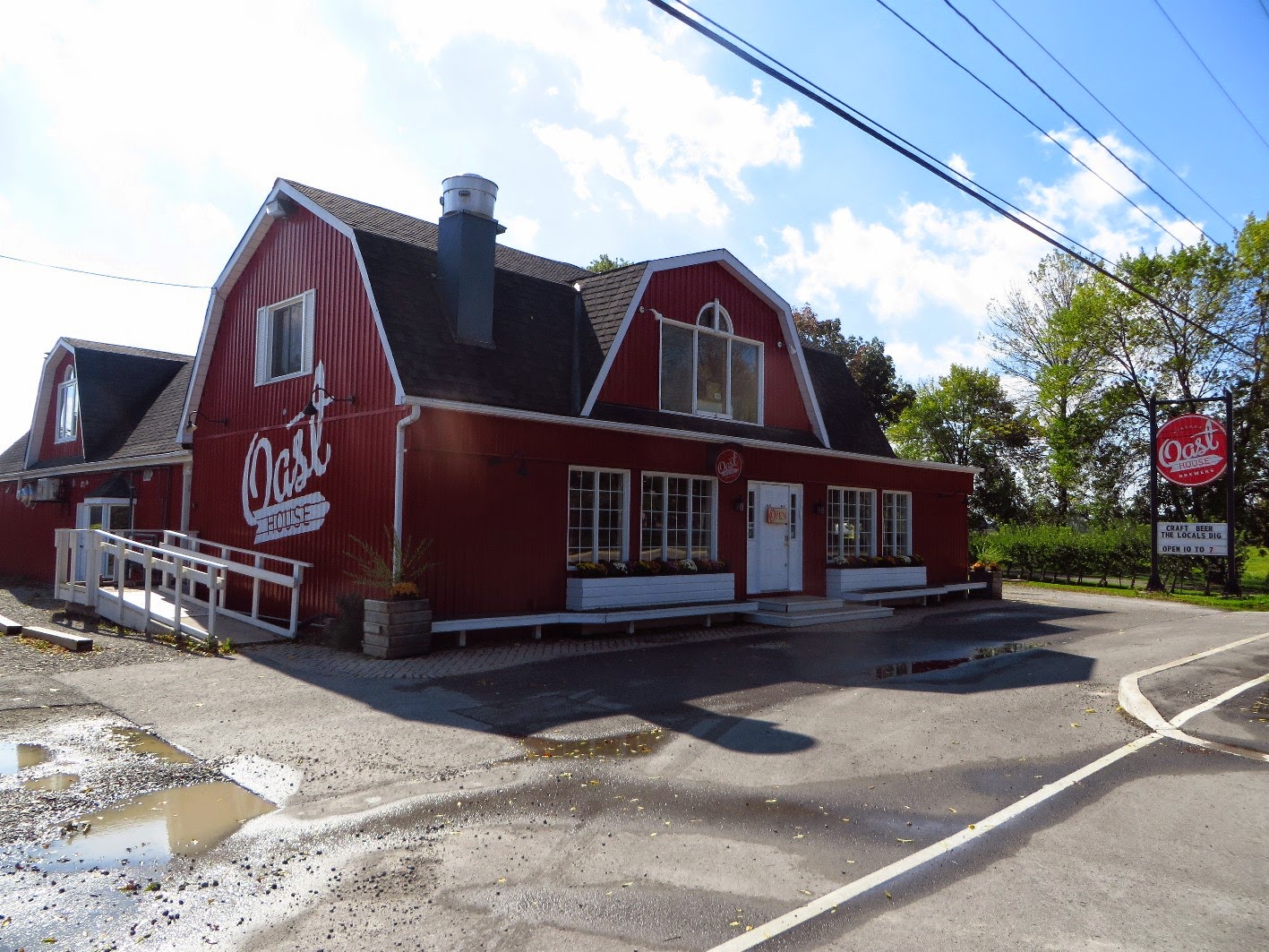 One great thing about Niagara-on-the-Lake is that you are in the middle of wine country and there are all kinds of wine tours and tastings available. Last Sunday on our way home from a weekend stay at the Olde Angel Inn Teena and I stopped in for a tour, only ours was at a craft brewery, Niagara Oast House Brewers. 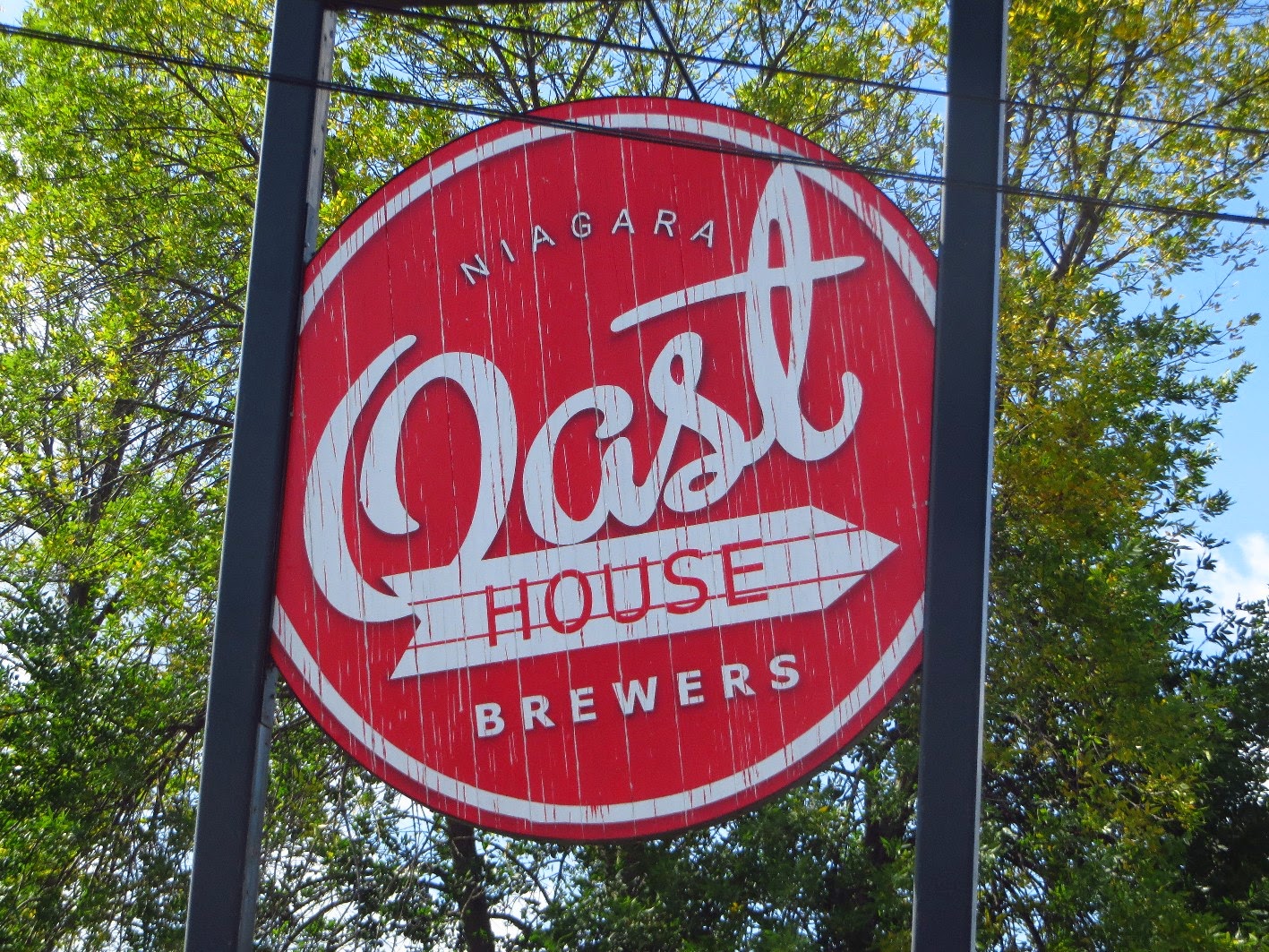 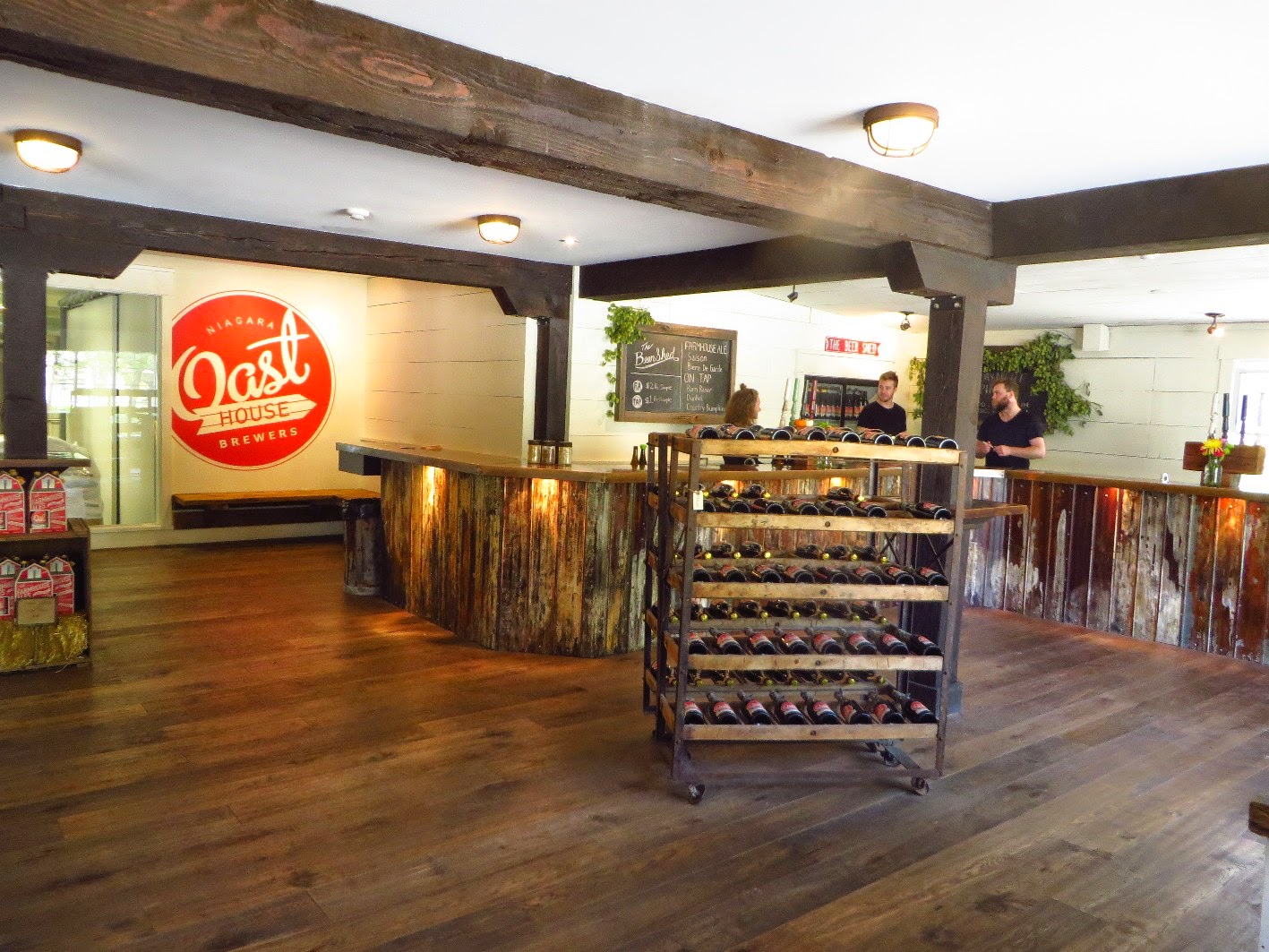 Oscar was our guide. He was fun and informative. 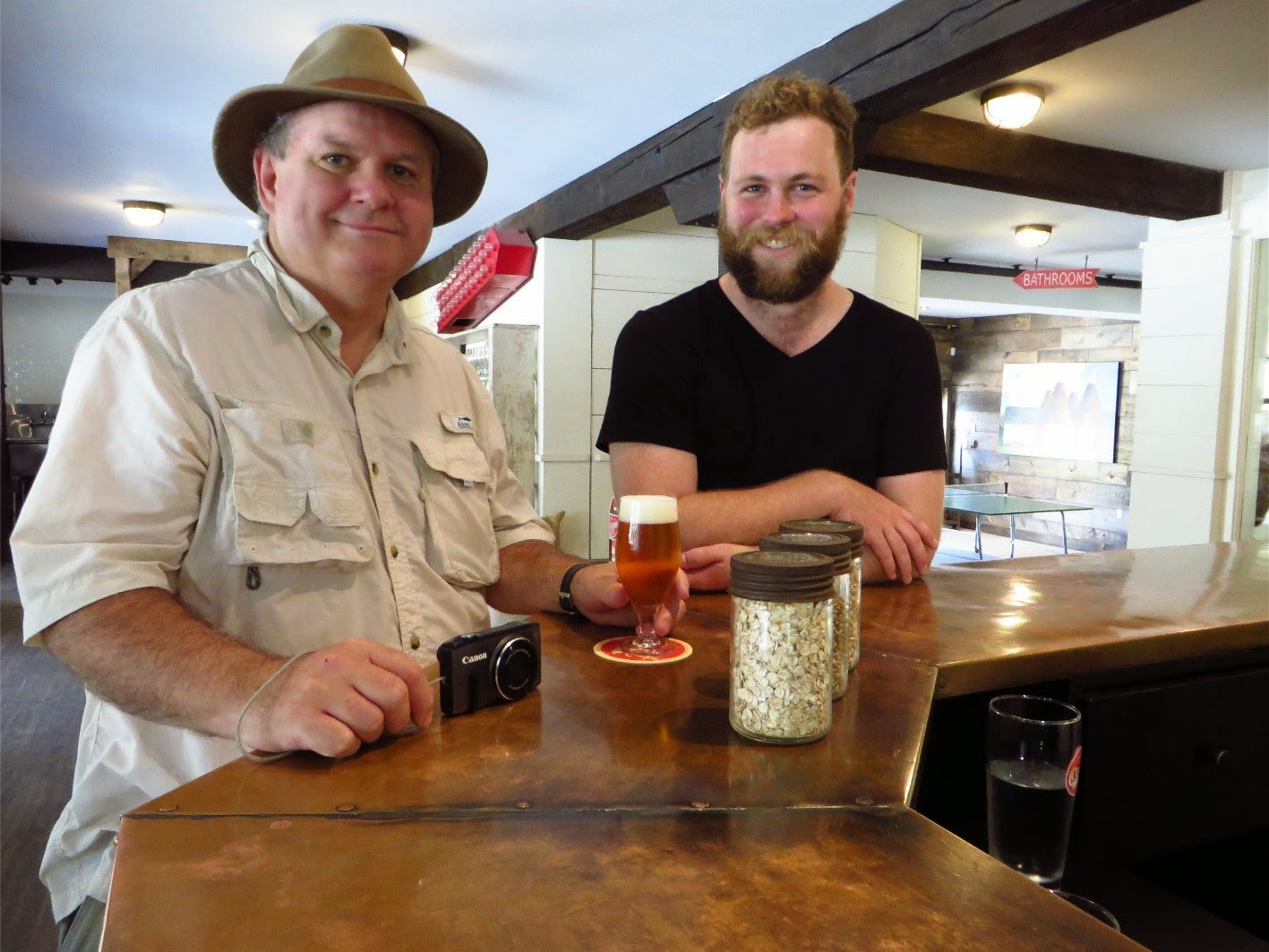 My first question was "what is an oast house?" Oscar took us over to painting of an old European oast house which was used for drying hops. I never knew that. 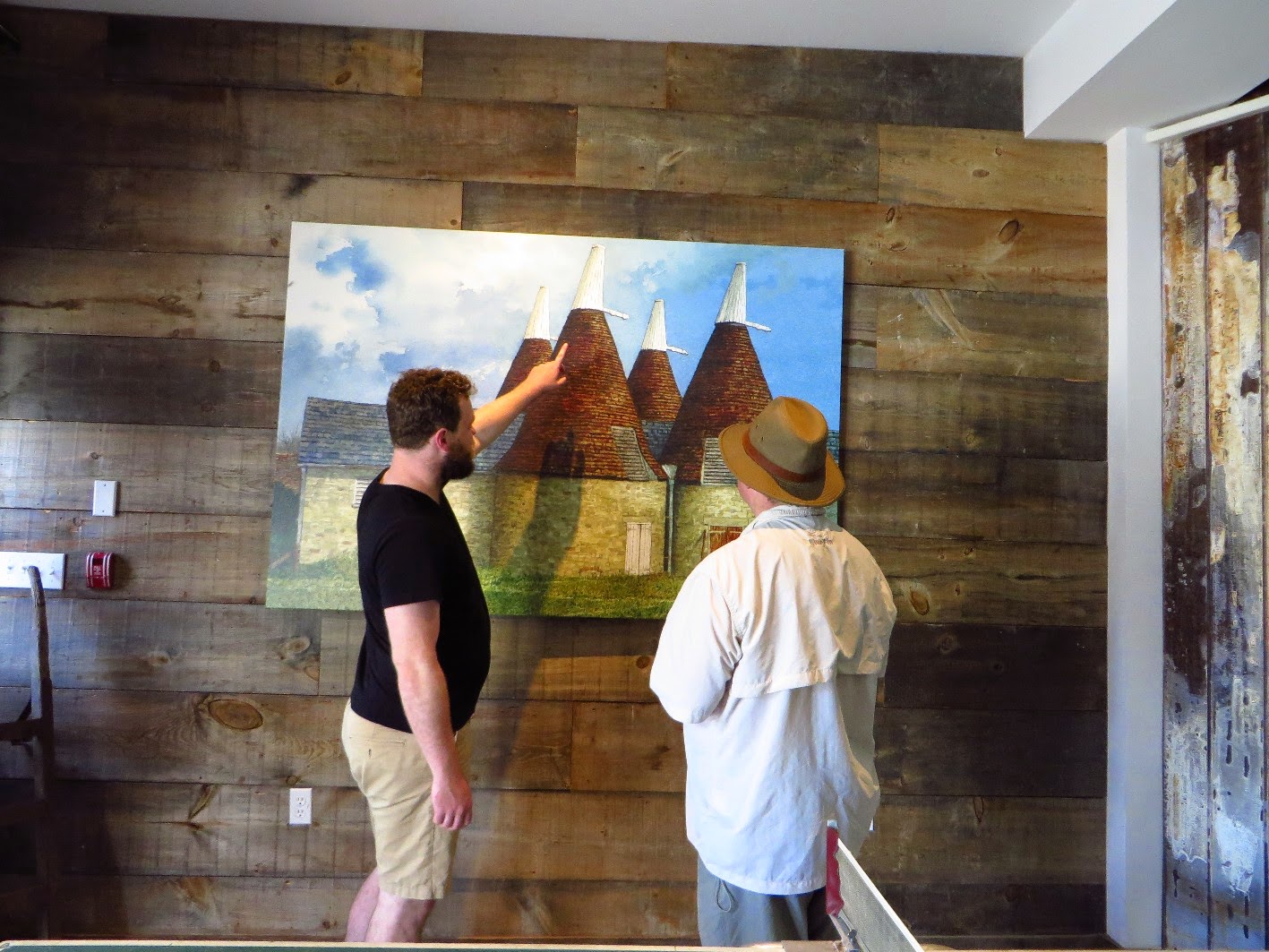 Niagara Oast House Brewers have been around for a couple of years and during the time we were there lots of people were stopping in to buy beer. 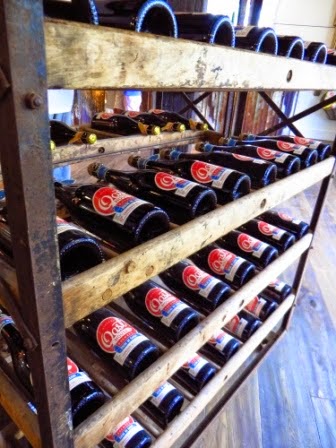 The inside of the brew house. 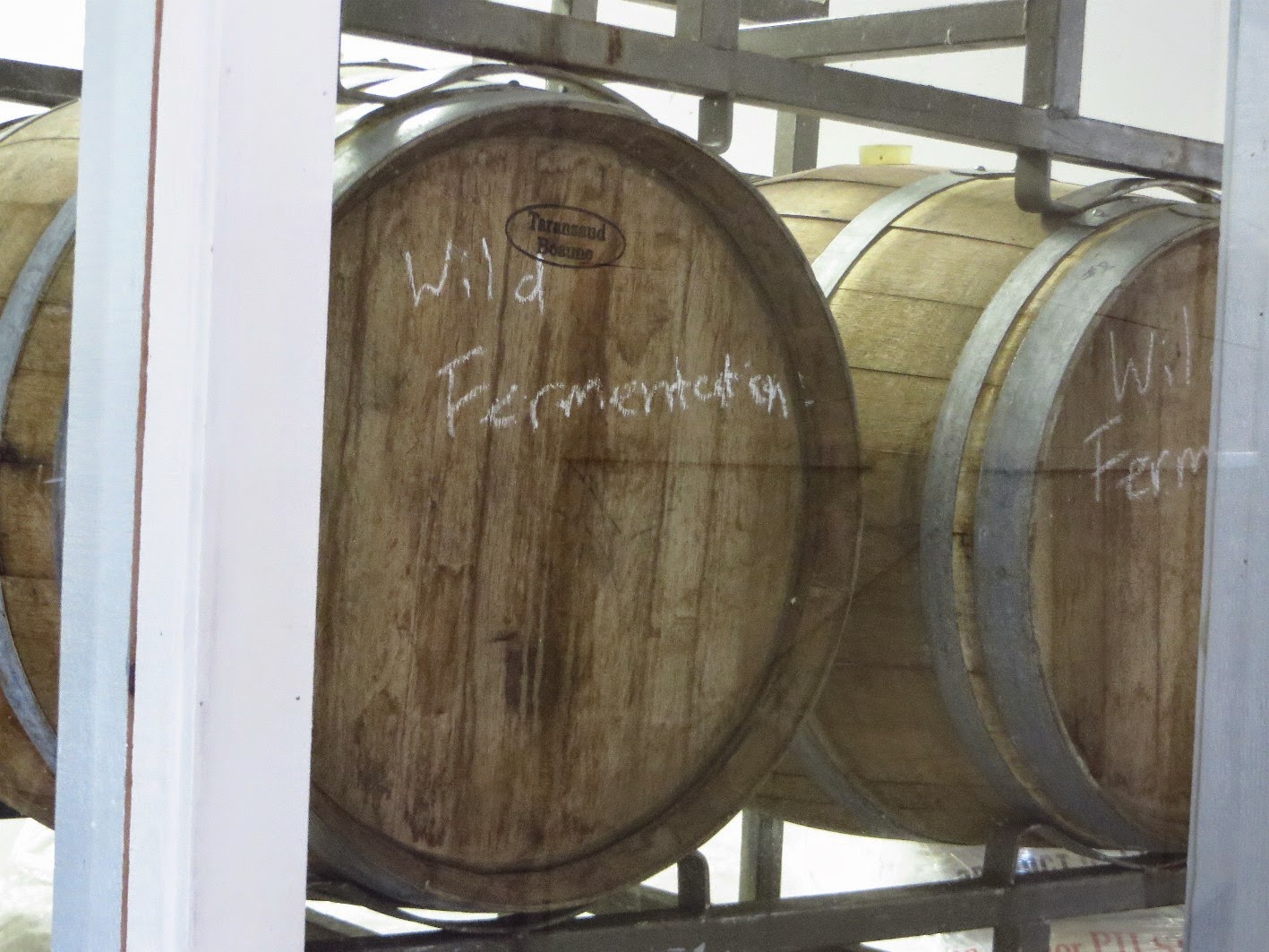 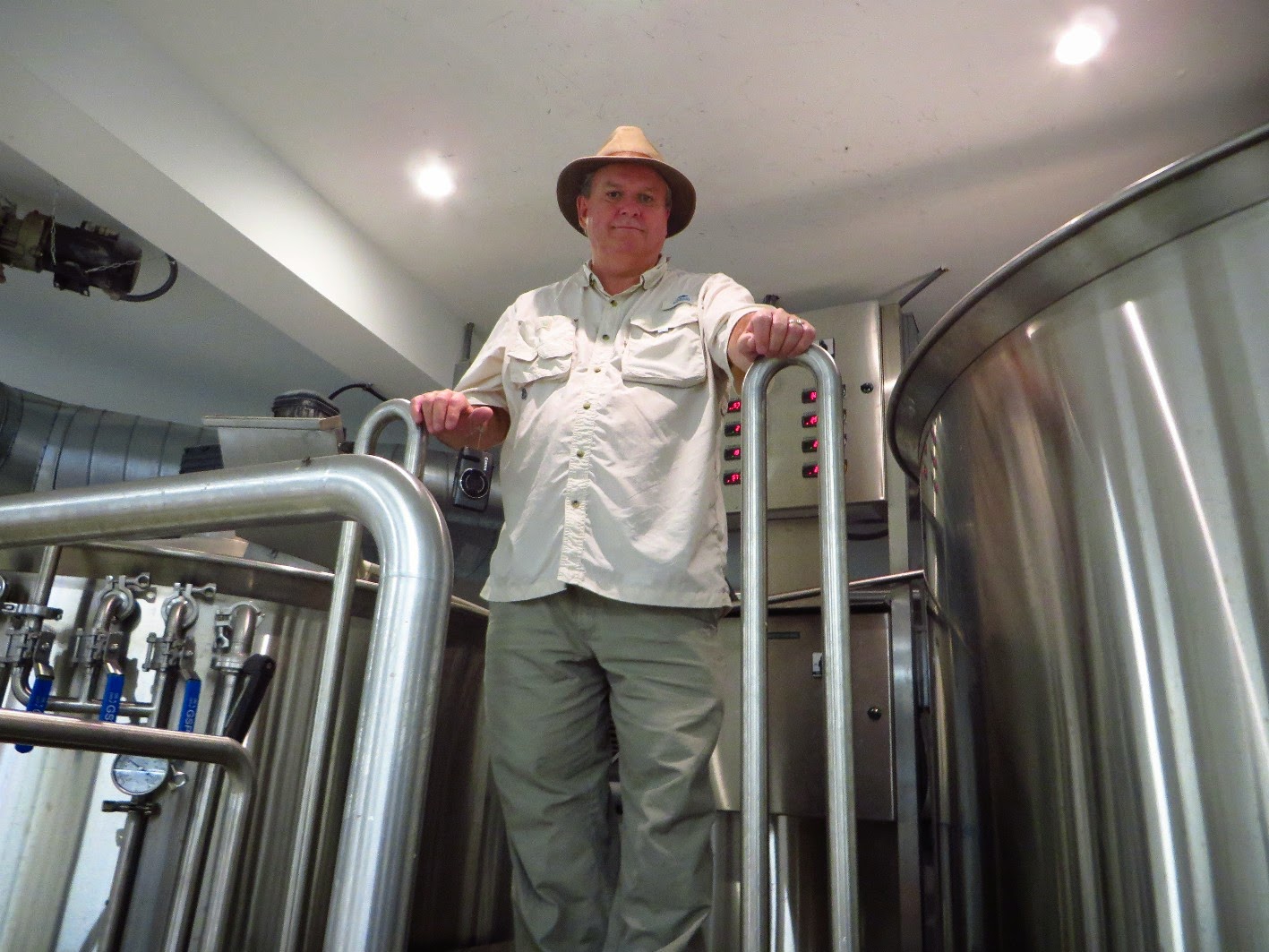 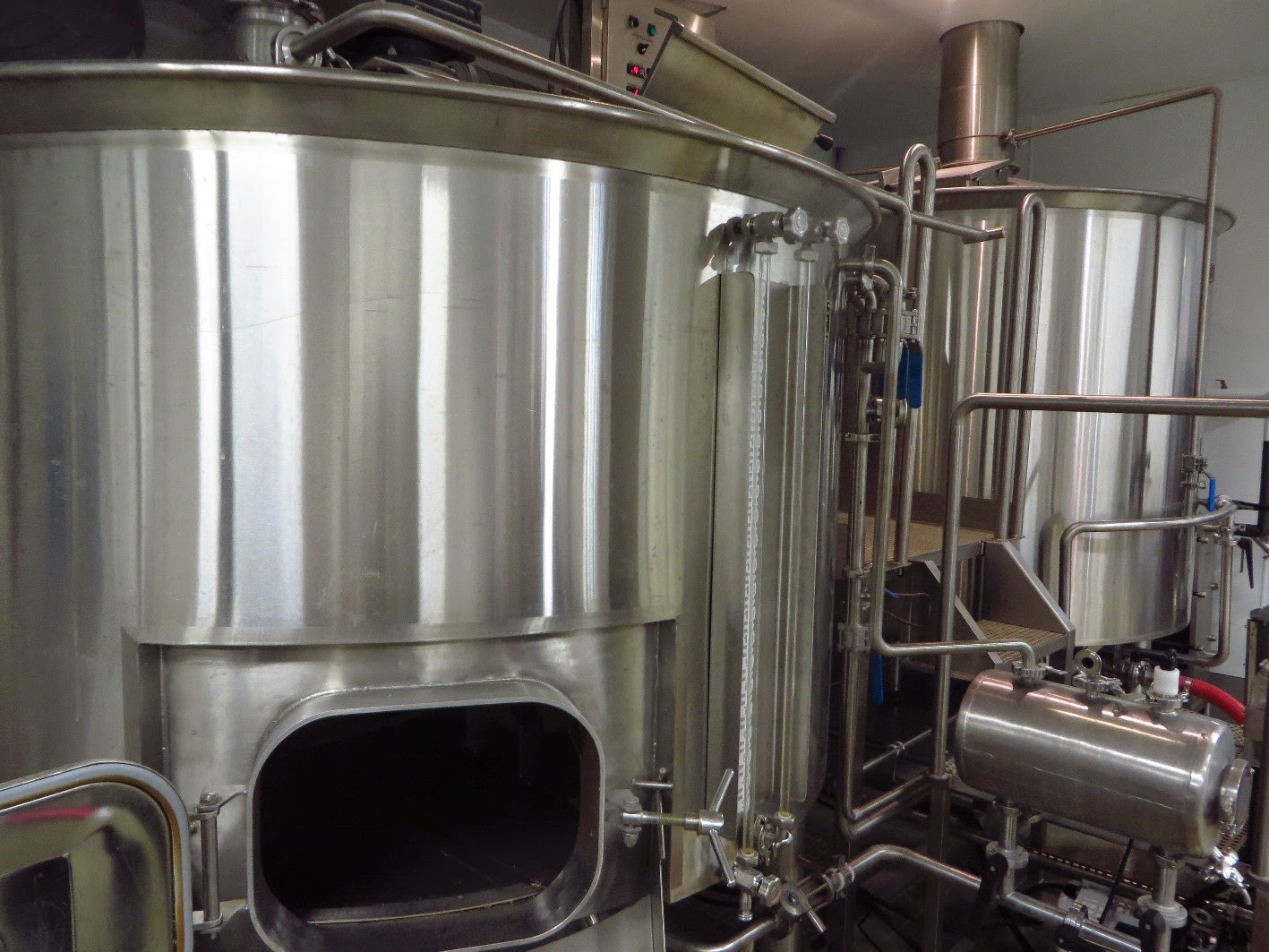 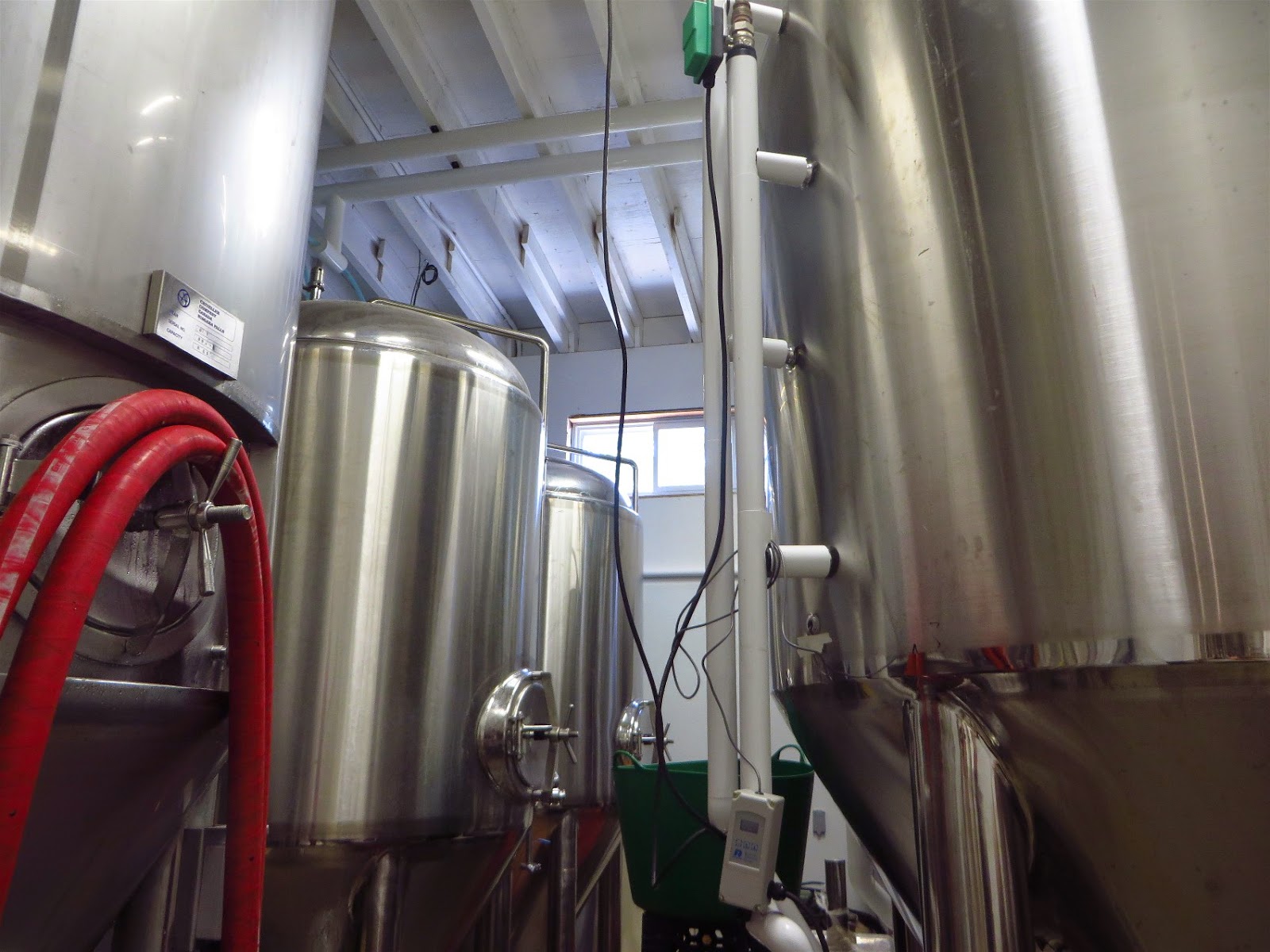 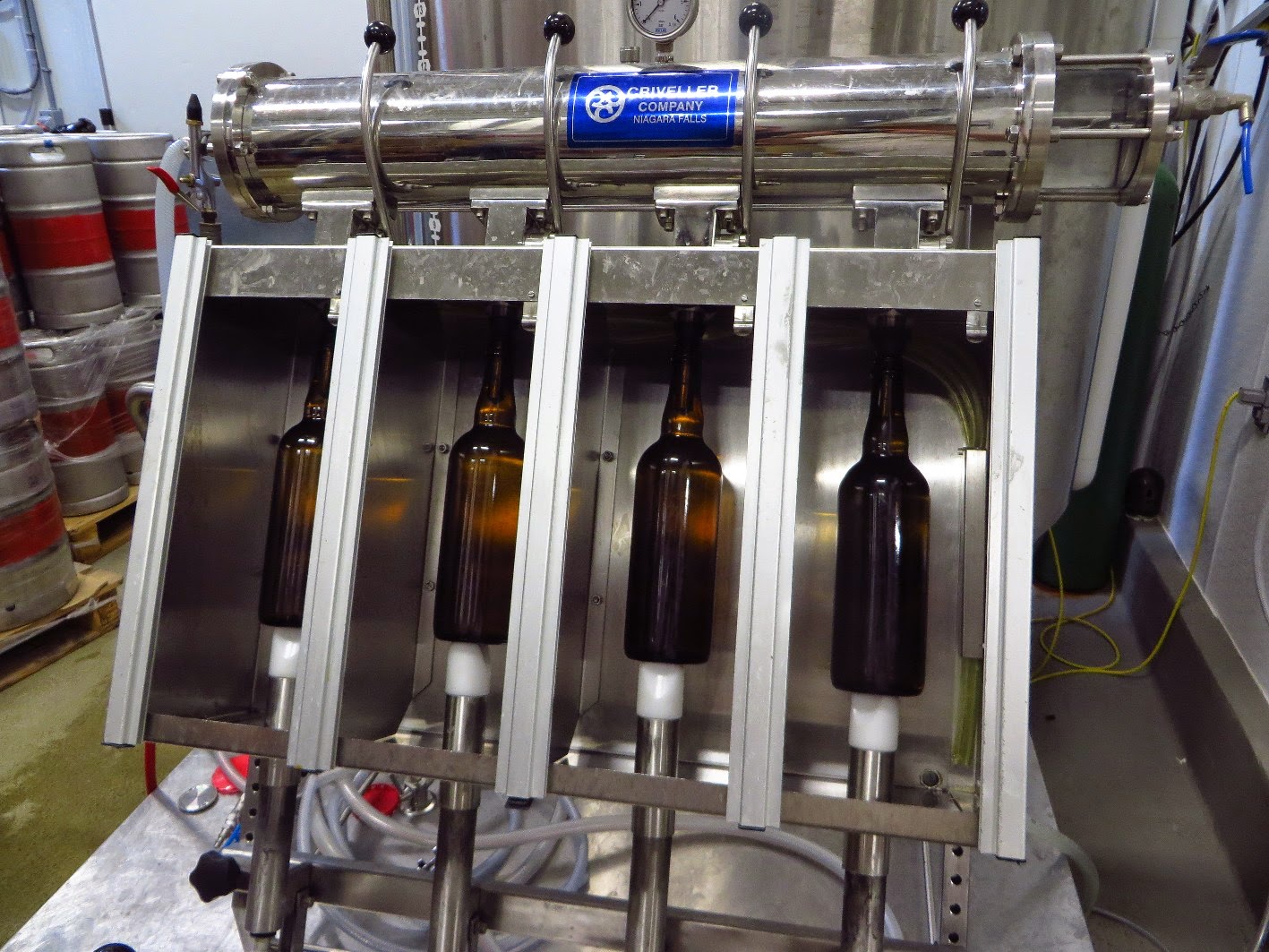 This weeks Beer of the Week is the barrel aged Oast House Biere de Garde, "beers for keeping". This is a French-style farmhouse ale that has a long conditioning period to bring out a delicate but clean malty character with no hop bitterness 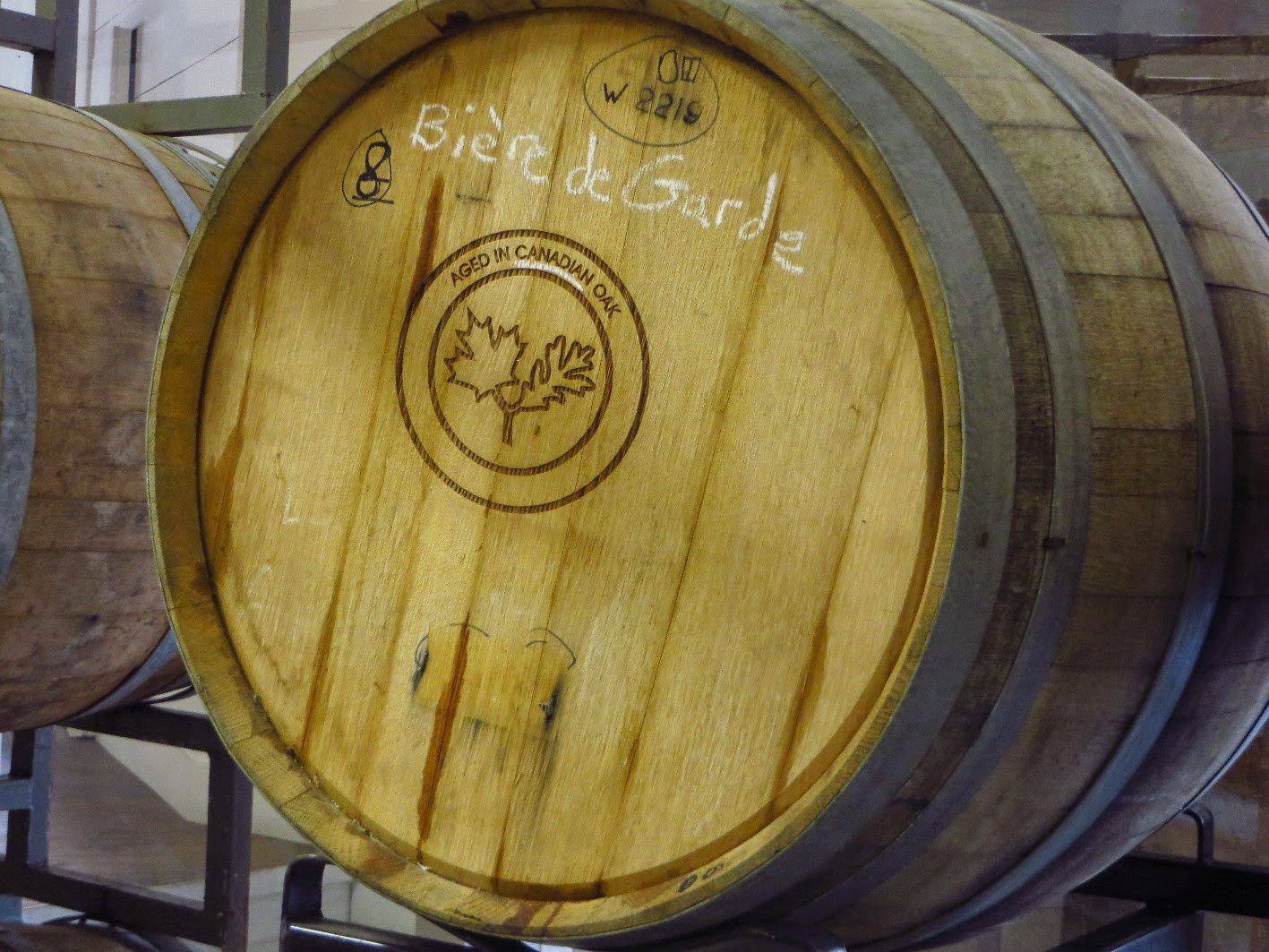 This beer is fermented in a barrel, then bottle conditioned by adding some yeast to the beer as it is bottled to go through a secondary fermentation in the bottle as it ages. As a result, the cork came off with a loud pop when I gave it just a quarter turn. That was fun. The secondary fermentation makes for a lively beer and causes a large head when poured, no matter how carefully. The fluffy, creamy, slightly brownish head, determinedly stayed for a long while.

I can smell the malt along with some other aromas, a bit of wine perhaps?

It was not as sweet as I thought it would be when I read about the absence of any hop bitterness. In fact, the Beire de Garde comes in a little on the sour side. This is a multi-layered, complex tasting beer. I taste wine and a little cherry. The beer finishes with a nice bit of sourness, which I find refreshing.

Although I love my hoppy beers, I am really enjoying this. It is a great sipping beer, which I would really enjoy on a cool evening. This is not the last Beir de Garde I will have. 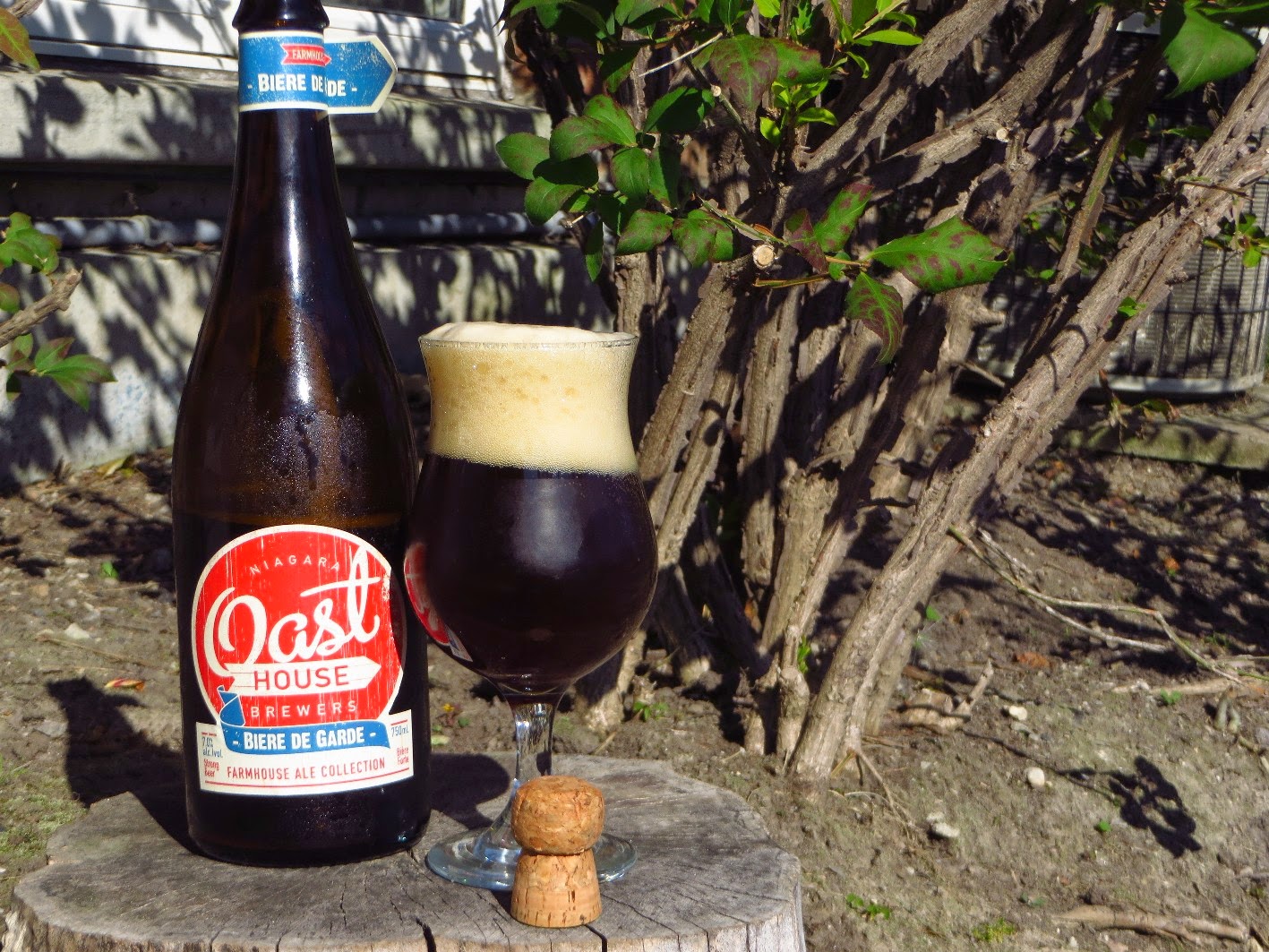 I left the brewery with a couple of Country Ales, a two pack which contained a Saison and this Bier de Garde, plus a bottle of Pickled Hop Shoots, which are very tasty. 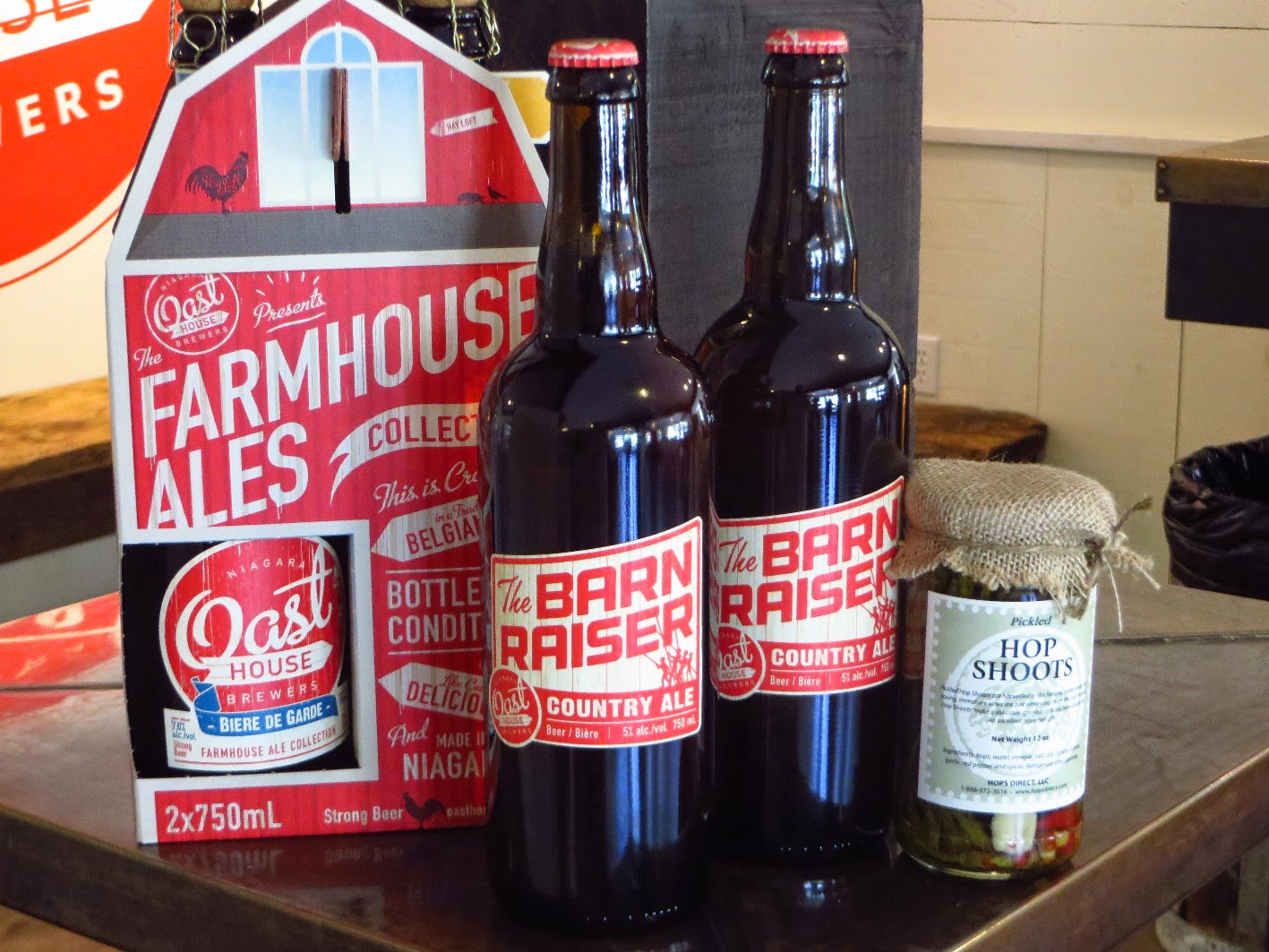 Of course, when you're visiting a brewery in wine country, there are wine orchards surrounding the building, so why not get a picture taken by the vines? Niagara Oast House Brewers is on the Niagara Stone road on the way into Niagara-on-the-Lake and definitely worth a stop. 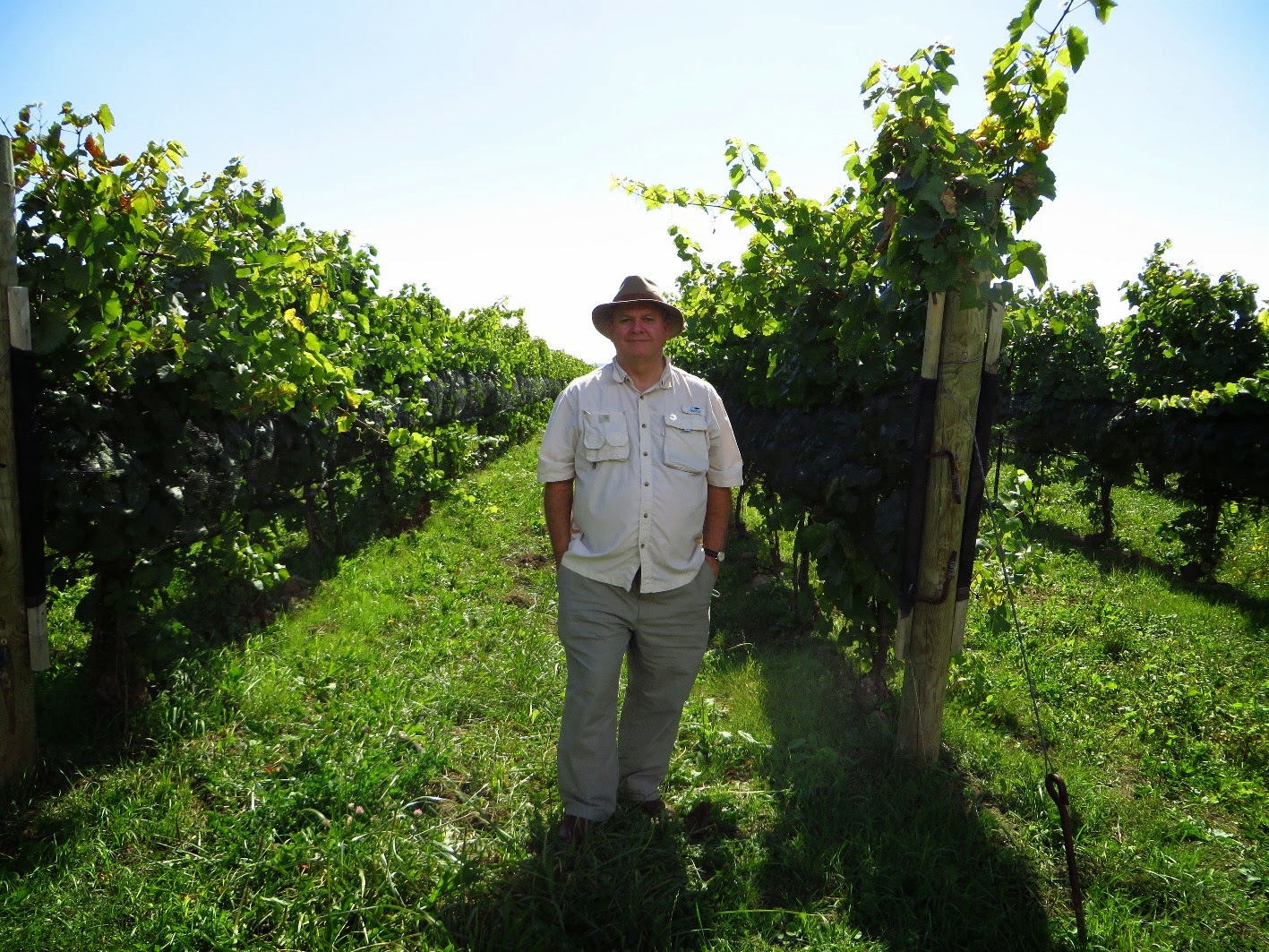