My Final Jays Game of the Year and It's a Loss 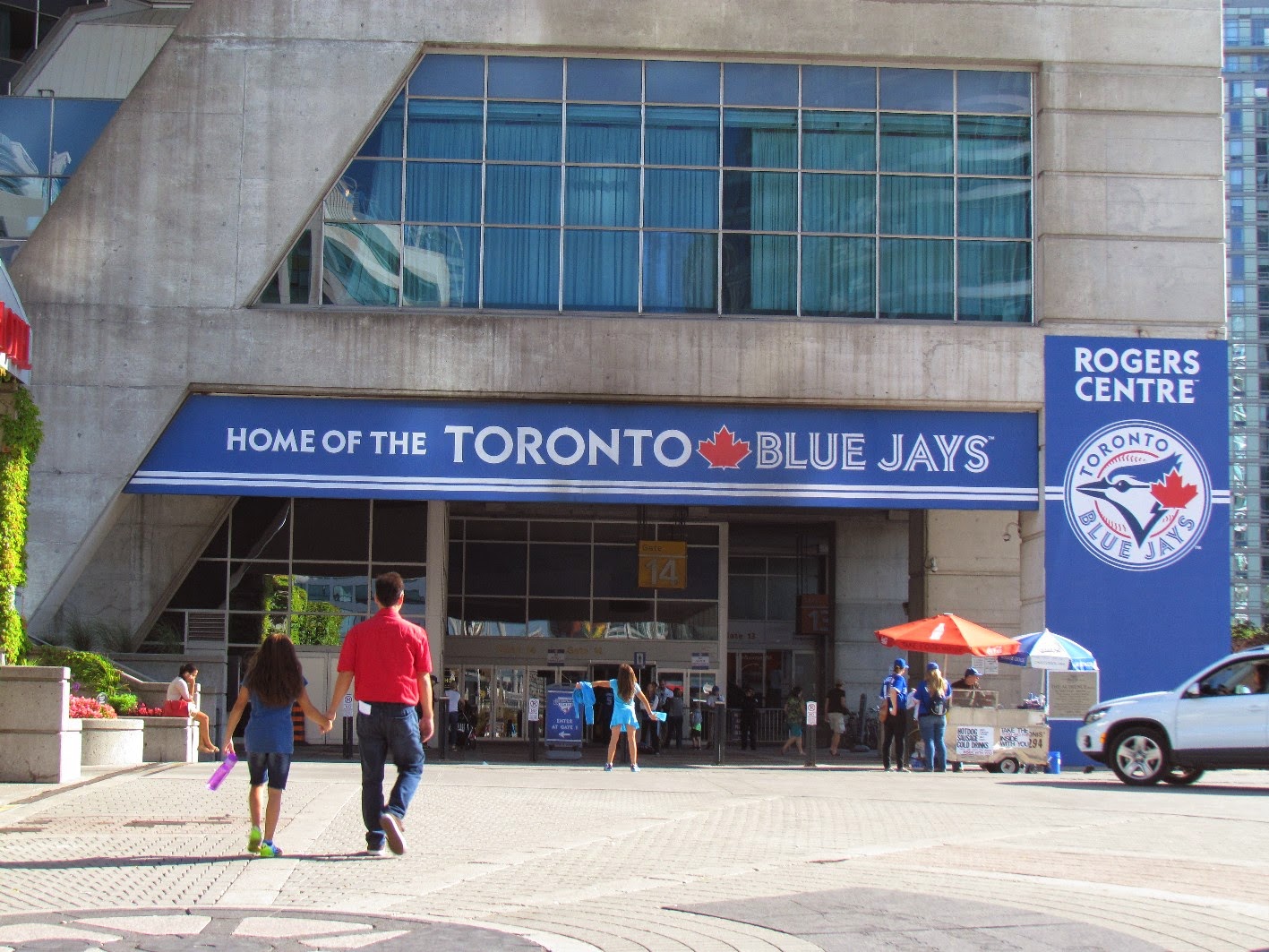 Today the Toronto Blue Jays had a 4:07pm start against the Seattle Mariners.

As I work downtown and get off work at 4:00pm (I did leave earlier today, though), I decided to head down to watch them play. I don't think I have ever posted a shot of The Audience  on the west side of the stadium. here it is 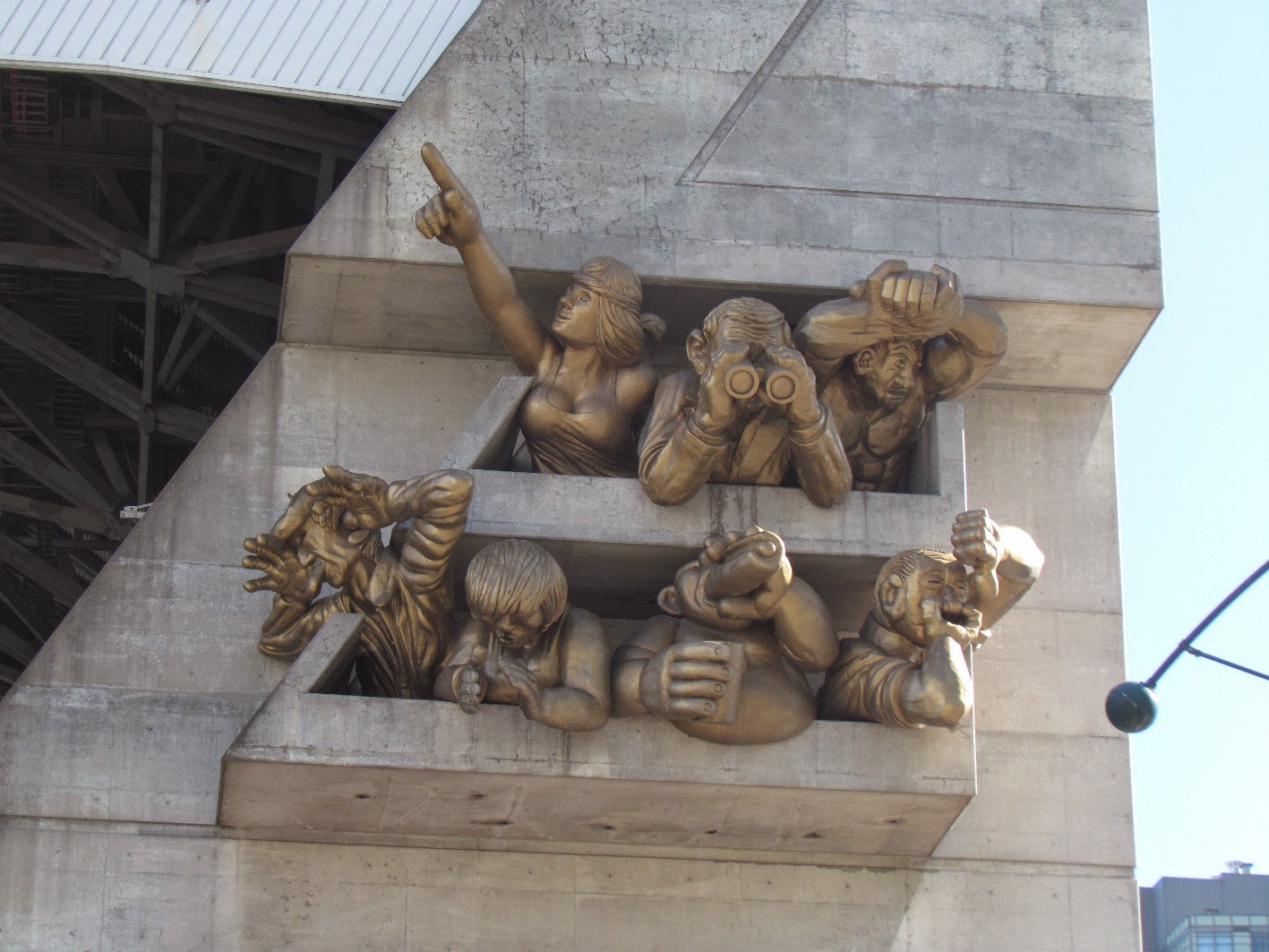 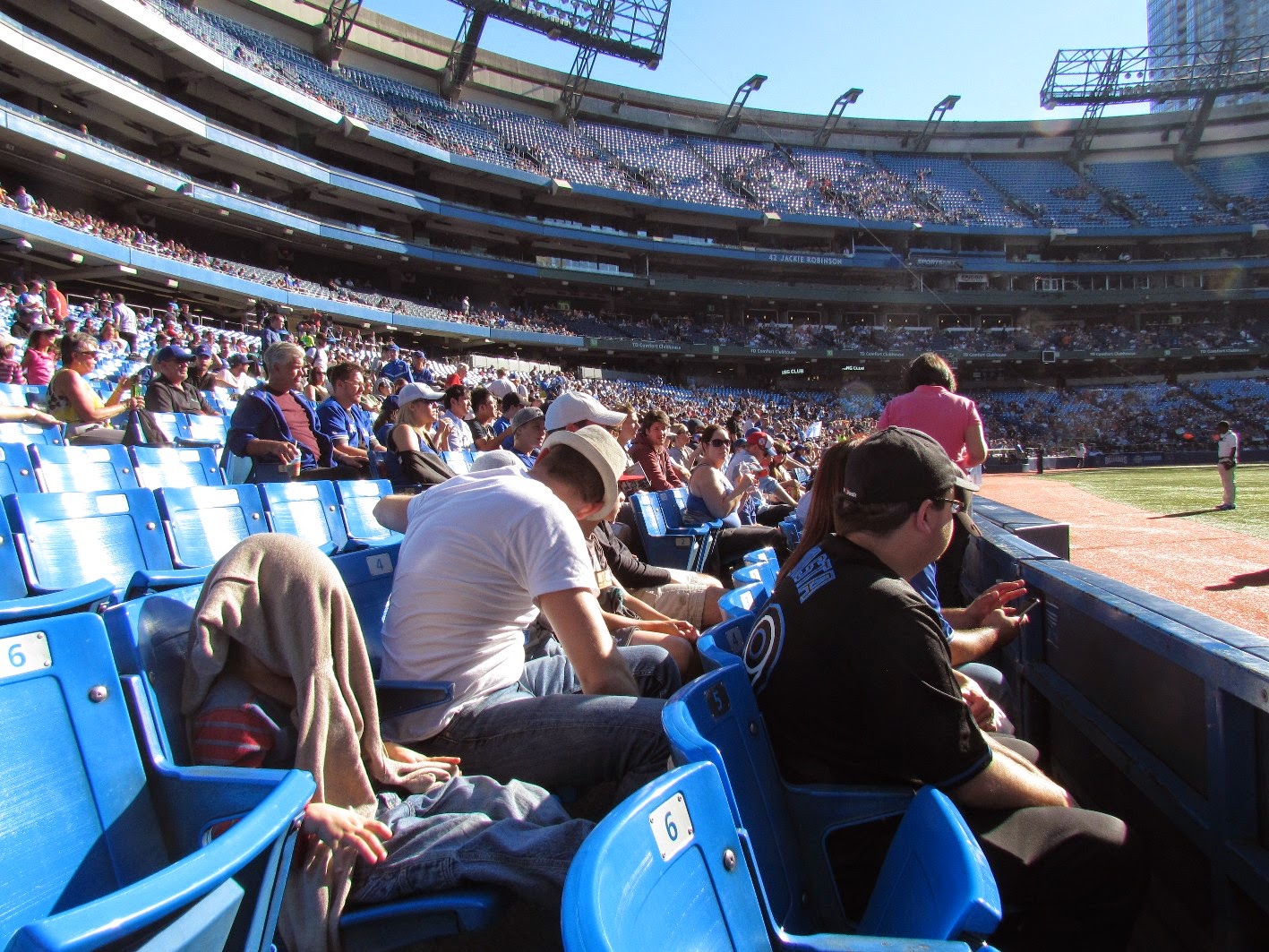 It turns out there is a problem with the first row in right field. For one, the sun was in my face for the first three or four innings making it hard to take a good picture.  Plus foul balls coming my way were extremely hard to see. The second is that first base coaches and umpires kept getting in the way of the batter, making seeing and taking pictures difficult. I learned how to work around that, though. 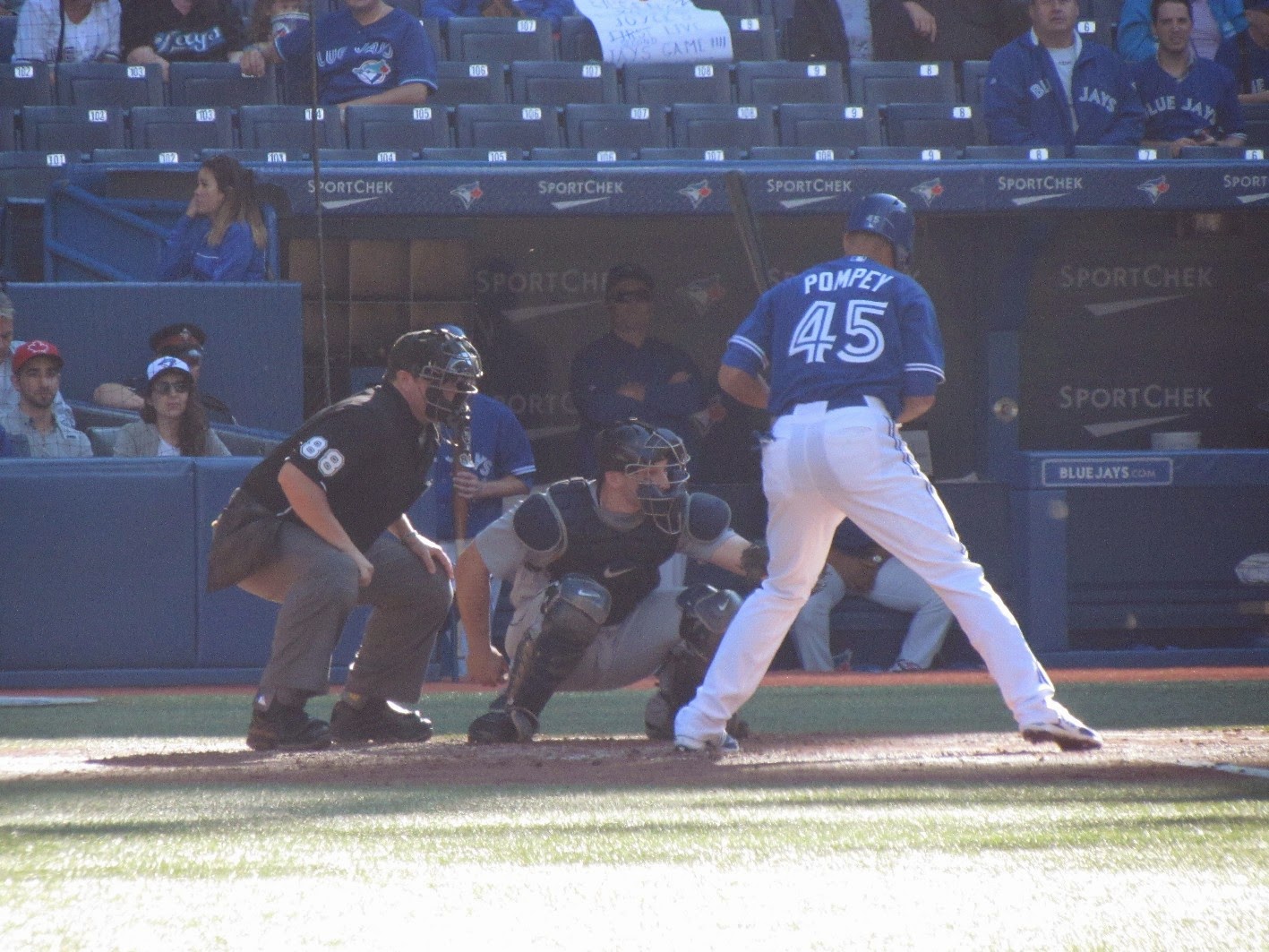 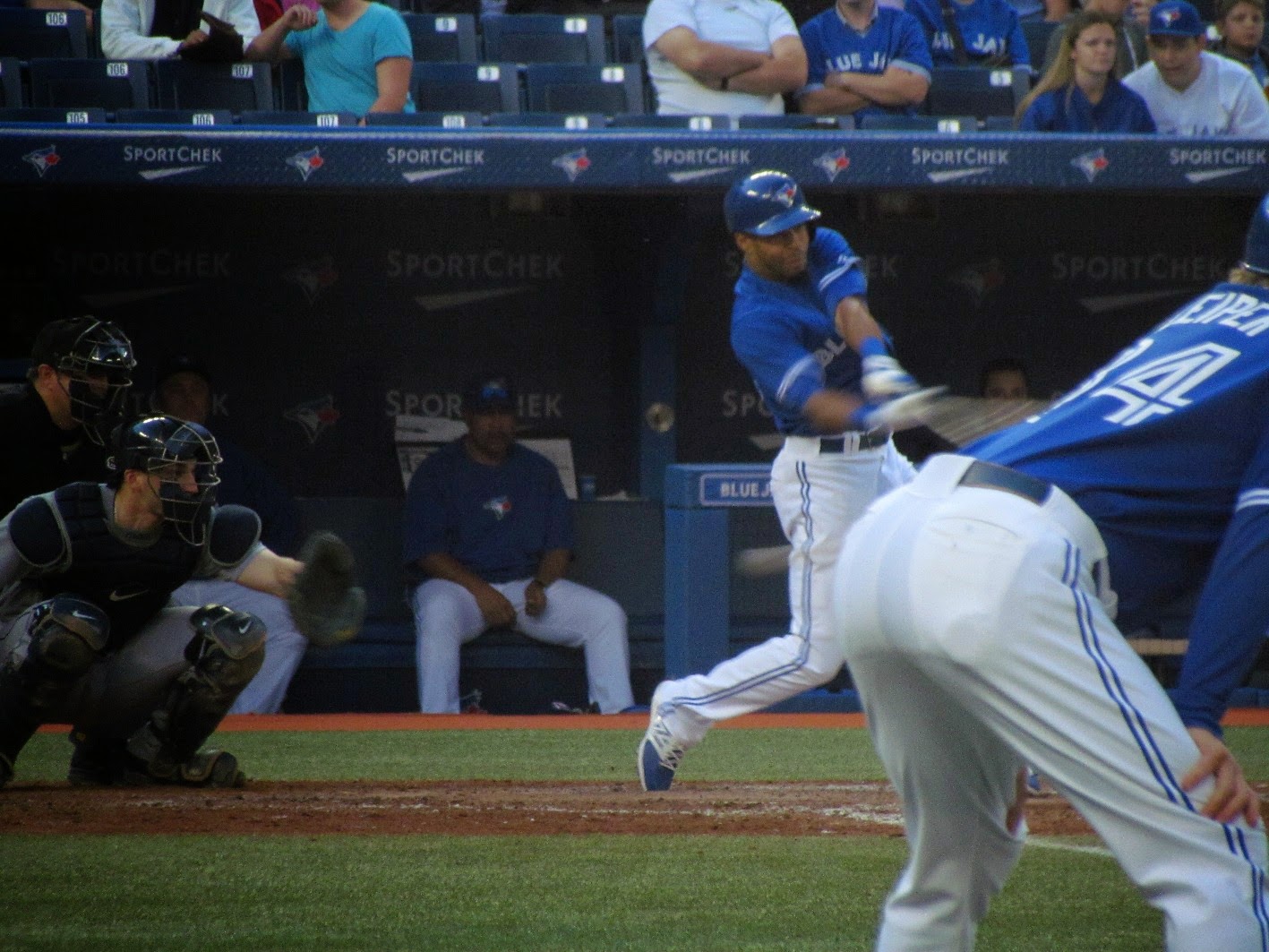 The walk up music for each Blue Jay as they come up to bat. 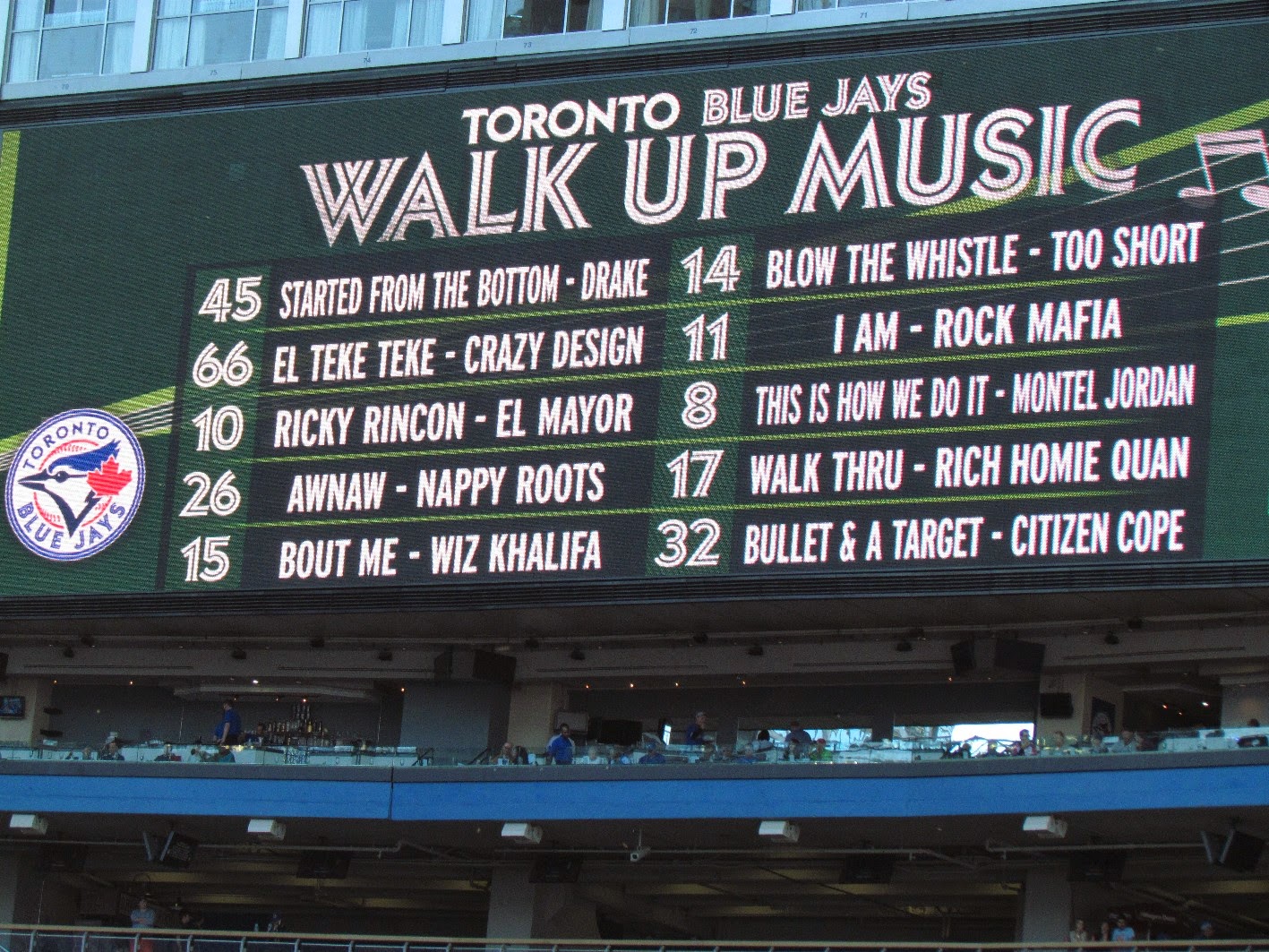 Pillar makes a fly ball out. 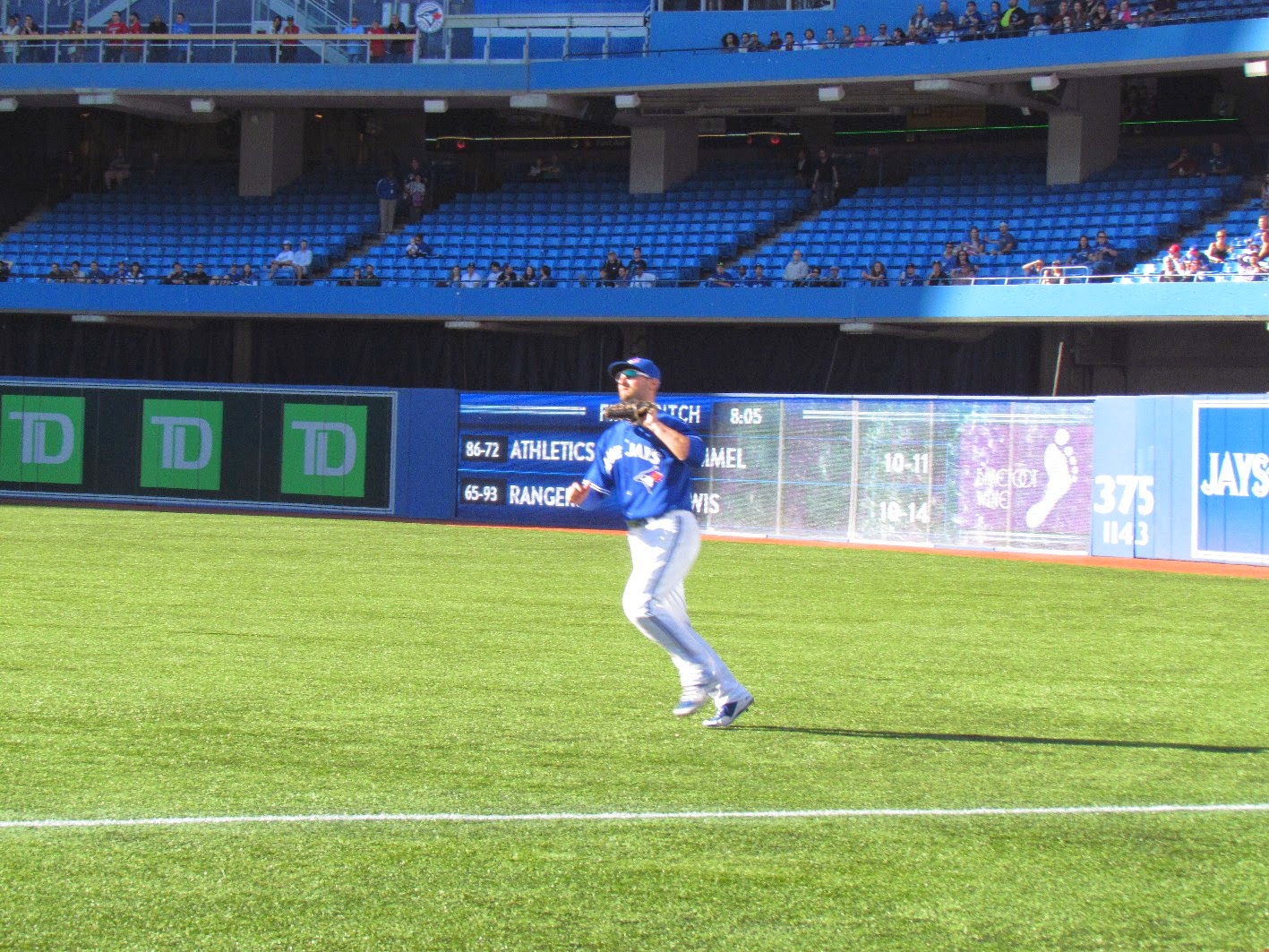 Double E, Edwin Encarnacion, gets a sacrifice RBI with this swing. 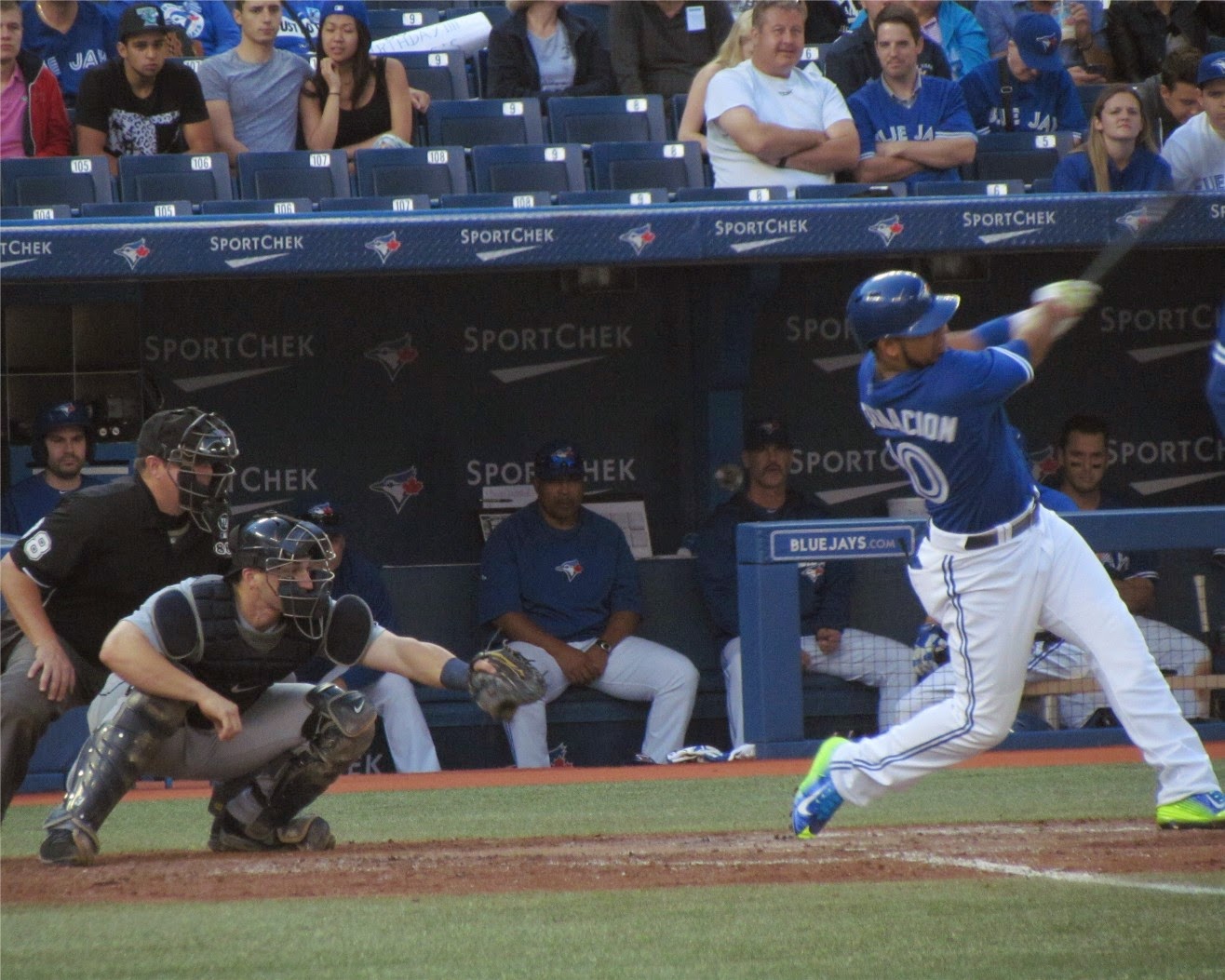 Adam Lind records an out at first. 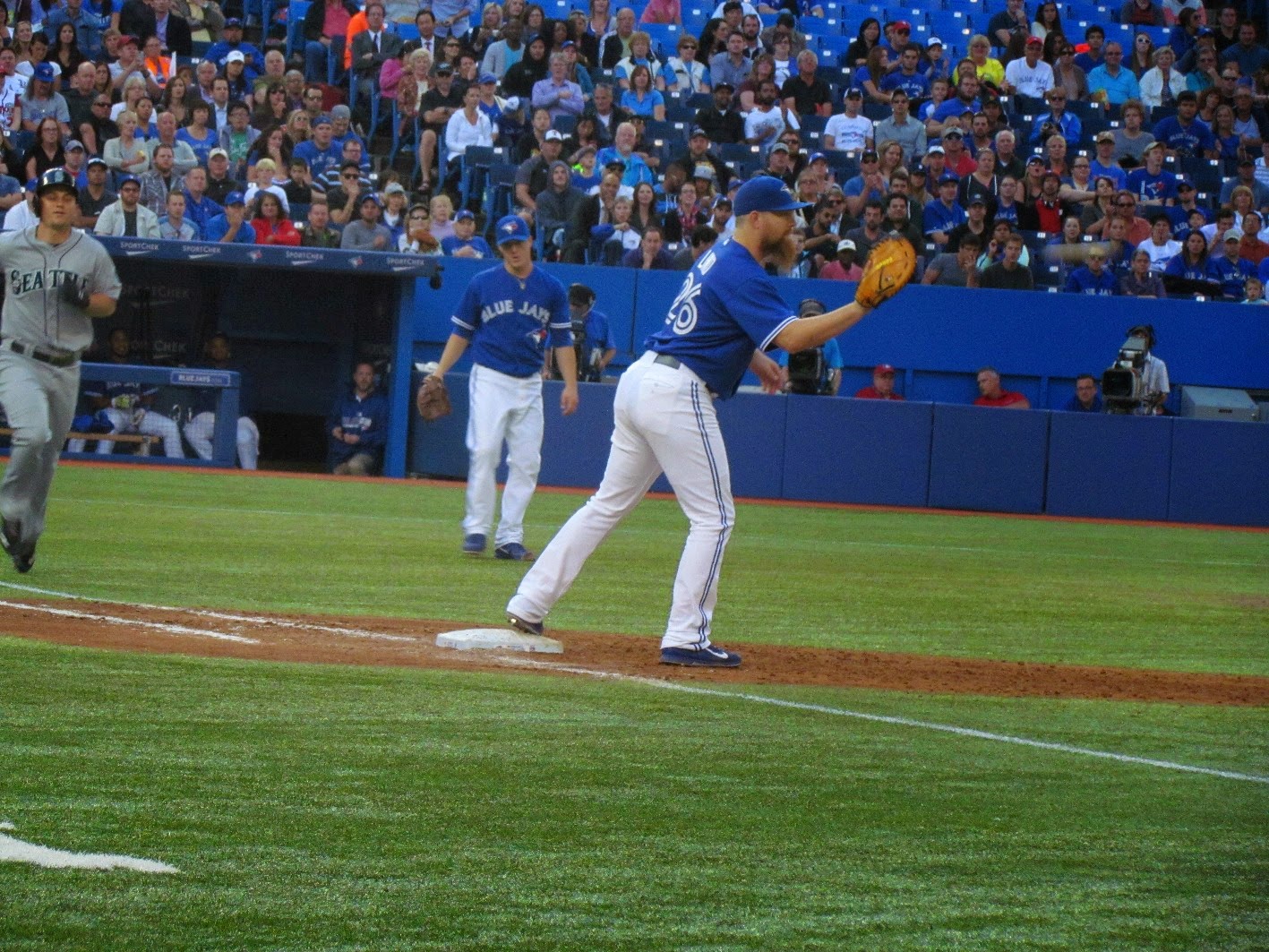 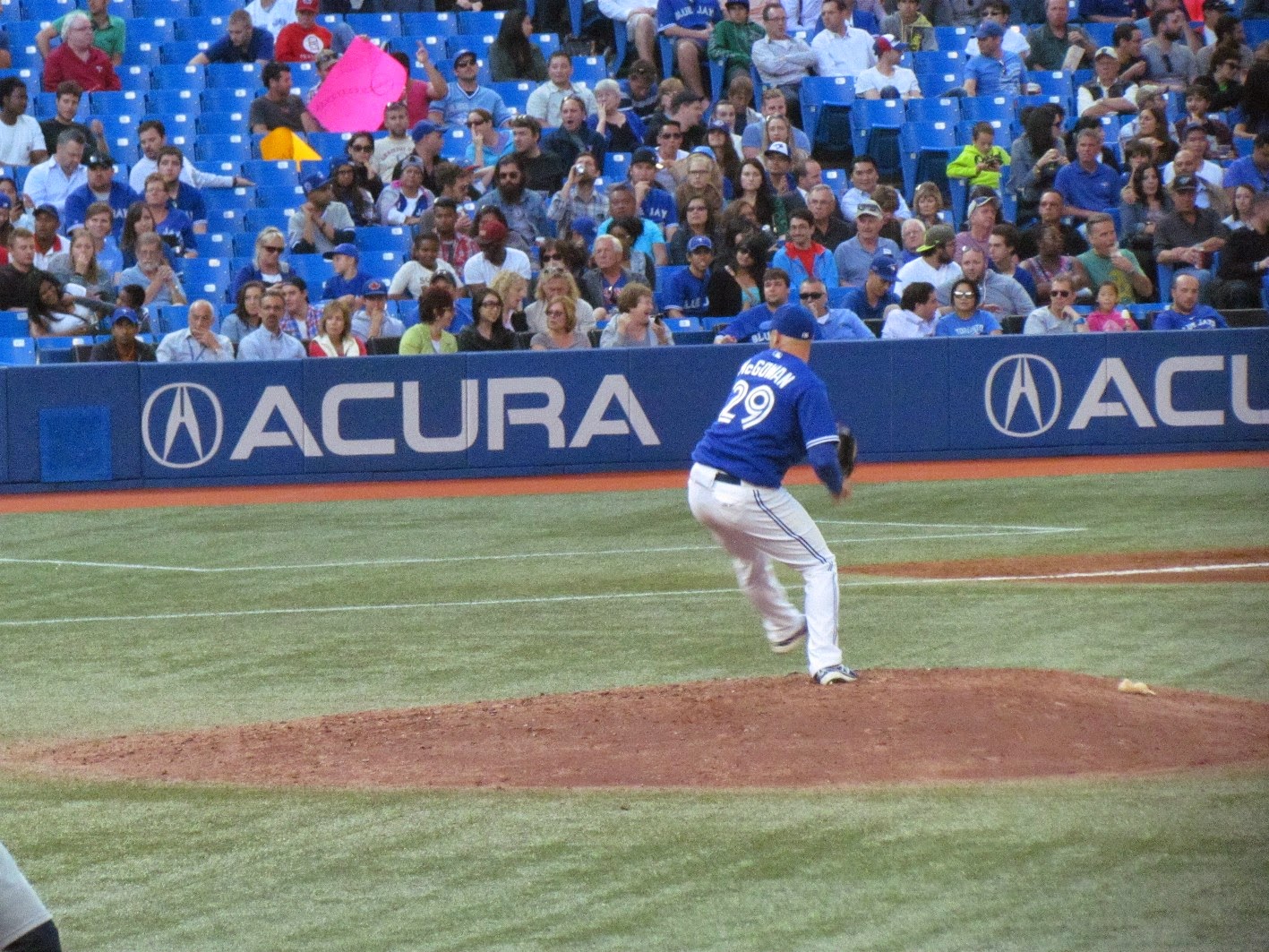 Brandon Morrow. My son, Ken, likes him as they are both diabetic. 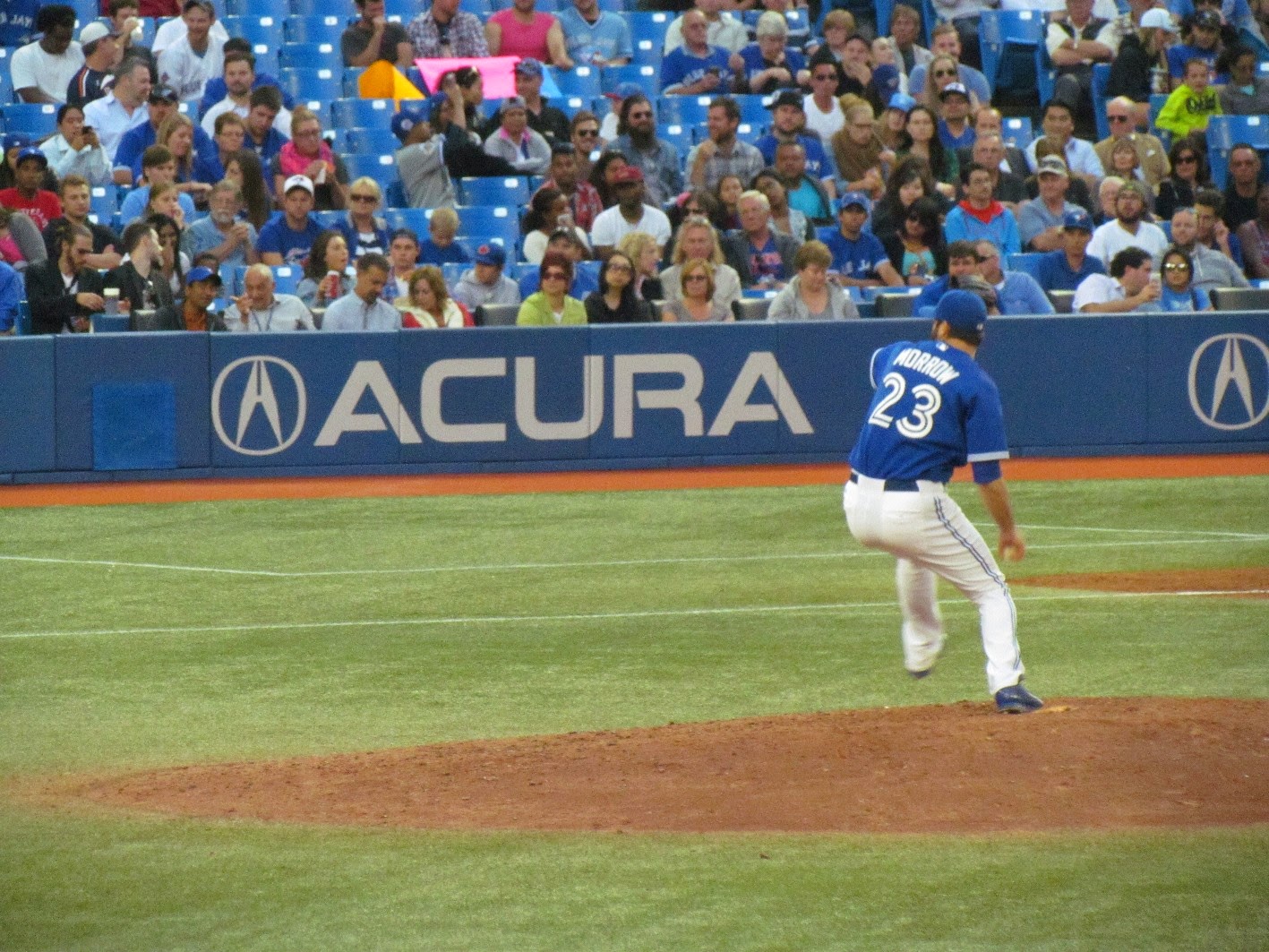 I moved up to a higher seat and thought there might be a hit to Kawasaki so I was focused on him. There was a popcorn vendor at the bottom and I knew he would get in the way. You just know these things. Sure enough, the bat cracked with a hit, and the popcorn guy walked in front of me. I held off on taking the shot, leaned forward and managed to get this shot just as he was getting up to throw, he made the out. 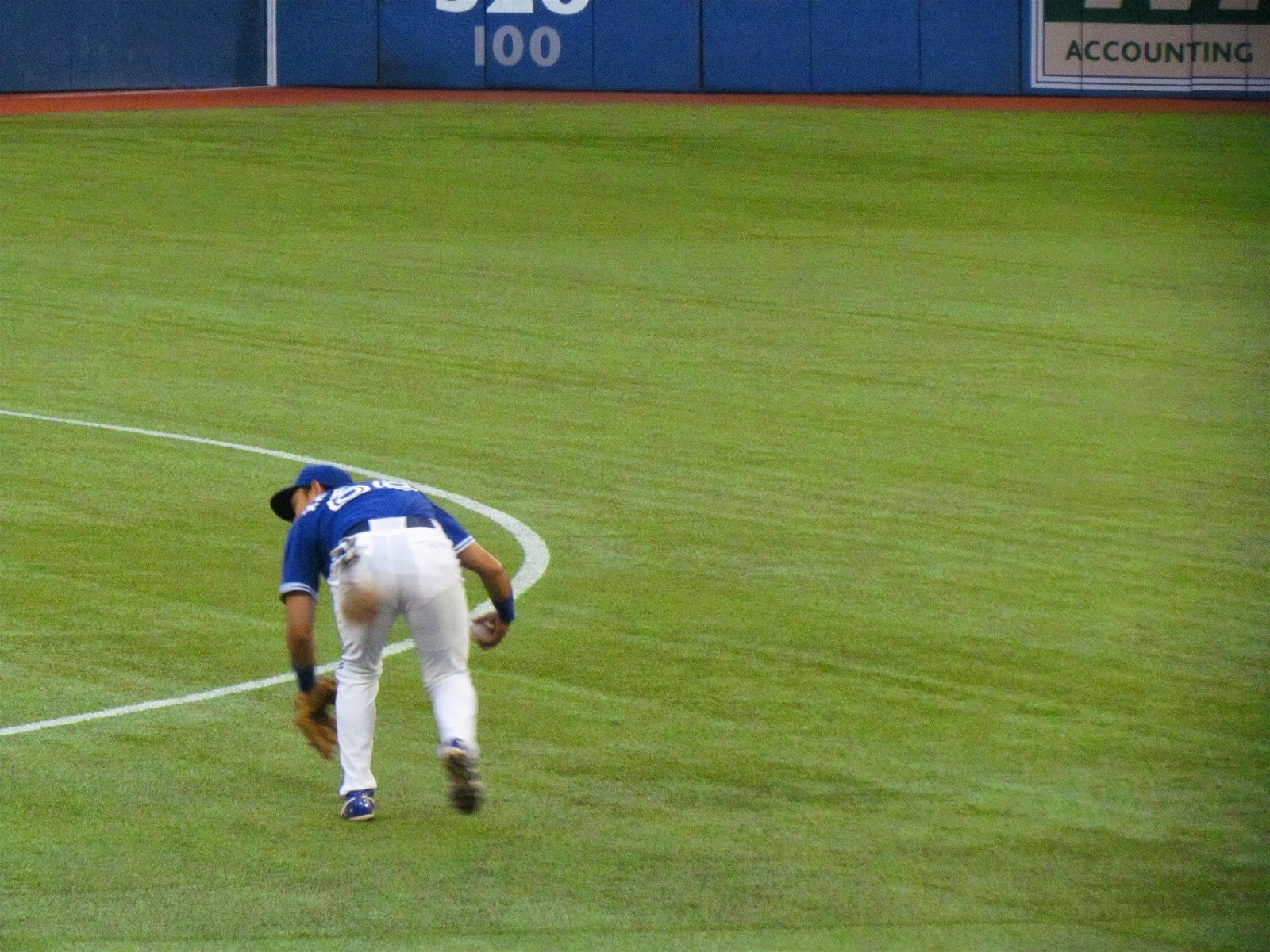 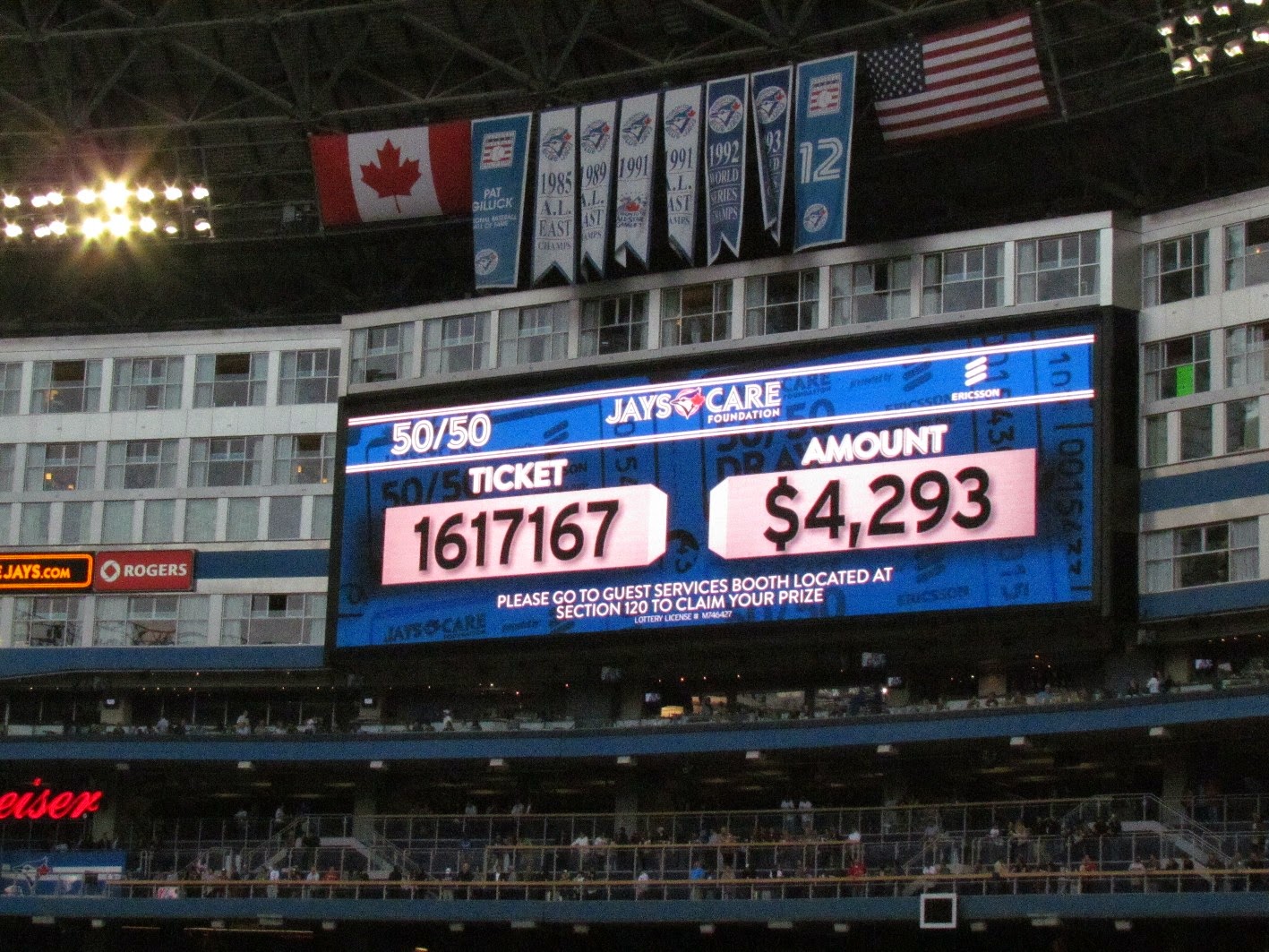 Canadian Dalton Pompey, from just outside of Toronto. 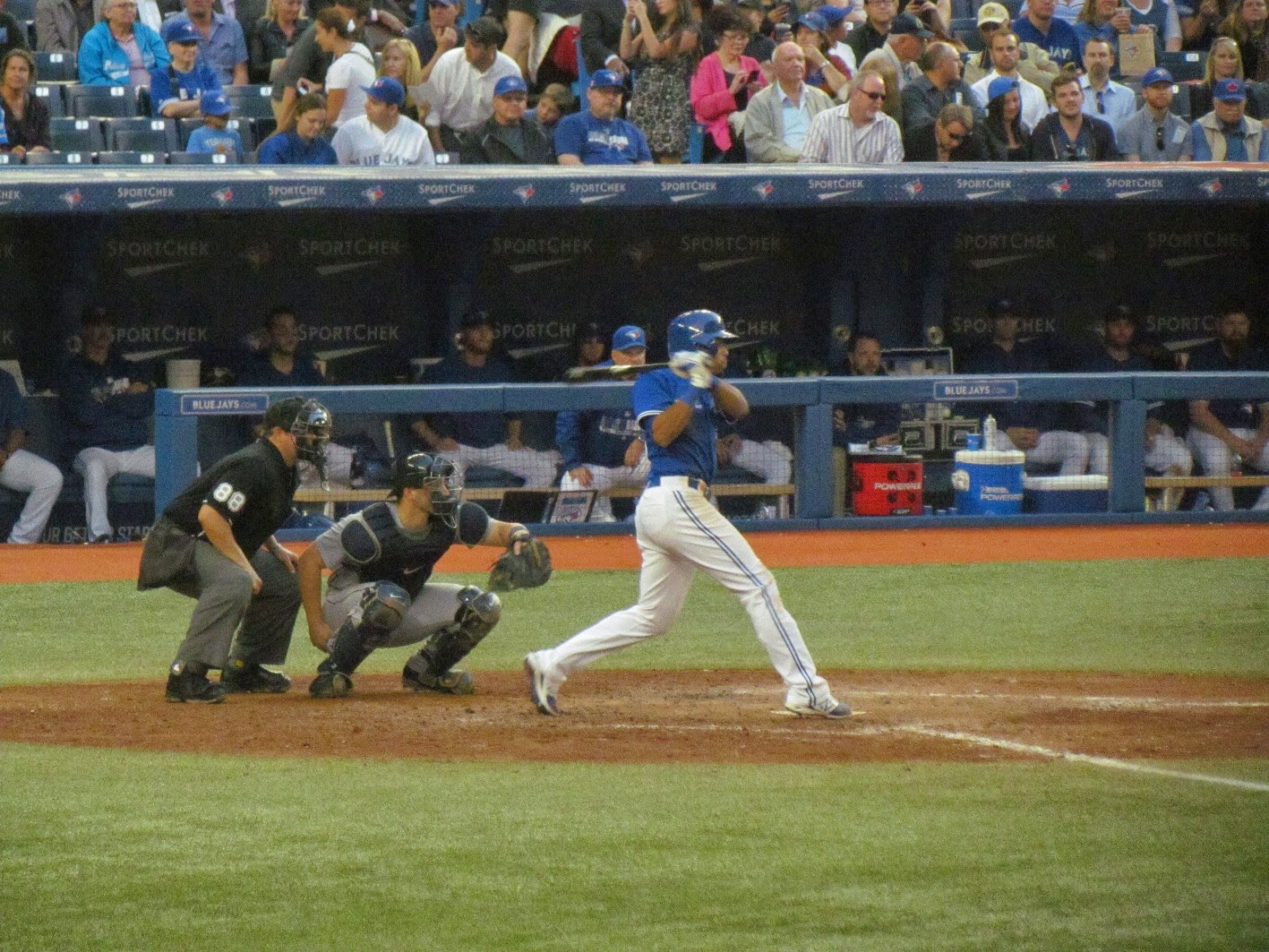 There's something about the name Jones on the back of a uniform that I like. 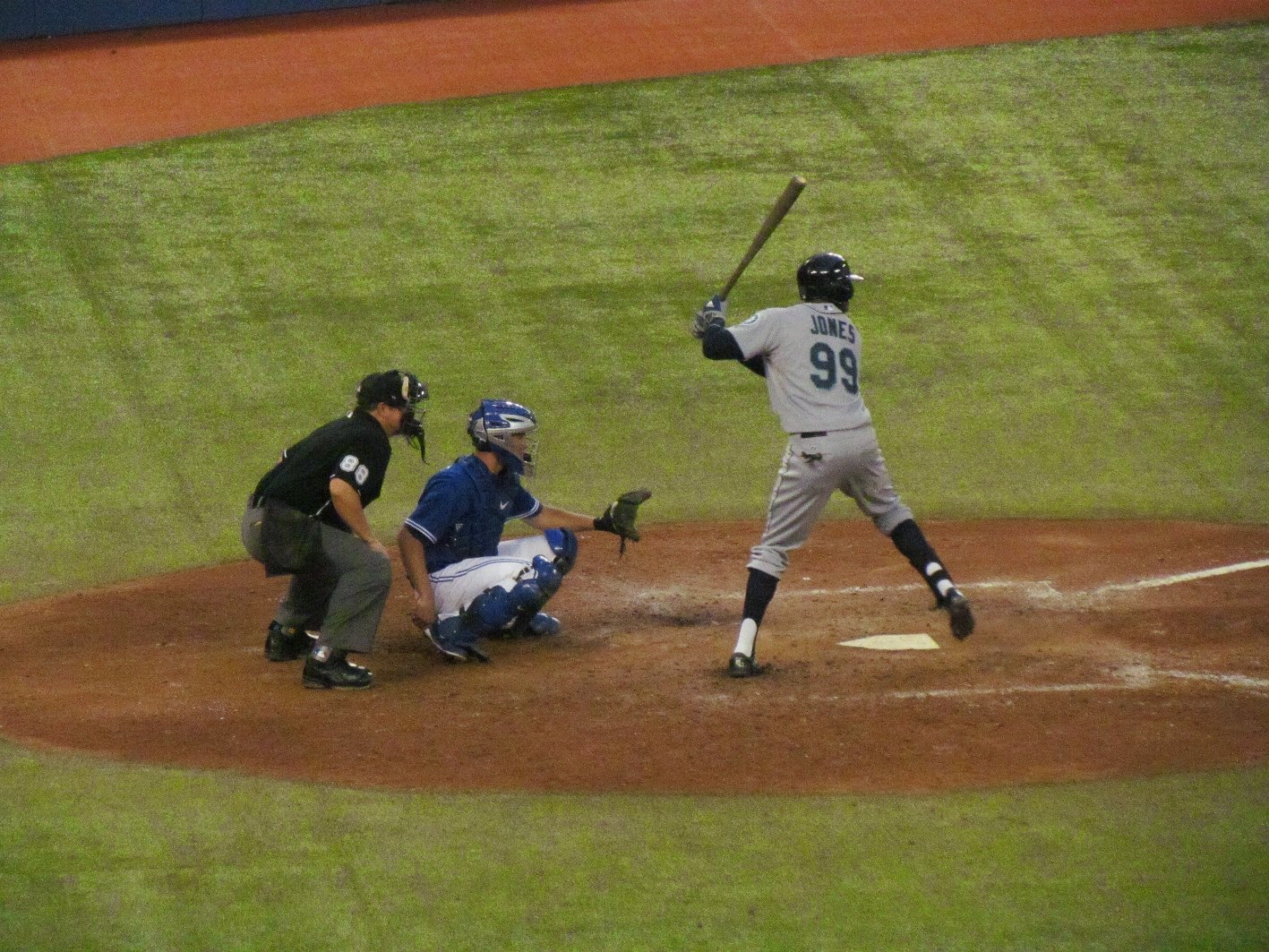 Although the Jays had a two run lead and managed to tie the game in the fifth, they were pretty quiet for the last four inning. Both managers used lots of pitchers. Toronto used six pitchers and Seattle used nine. I thought Gibbons pulled starter Norris way too soon. Norris had thrown 59 pitches and in the fourth gave up a bunt single, got a ground out and then gave up a walk. He had one out and would be looking for the double play. Instead Gibbons pulled him, put in Redmond, who then proceeded to give up an RBI single and a home room and suddenly Toronto had lost their two to nothing lead.

I'm not a big fan of Gibbons. 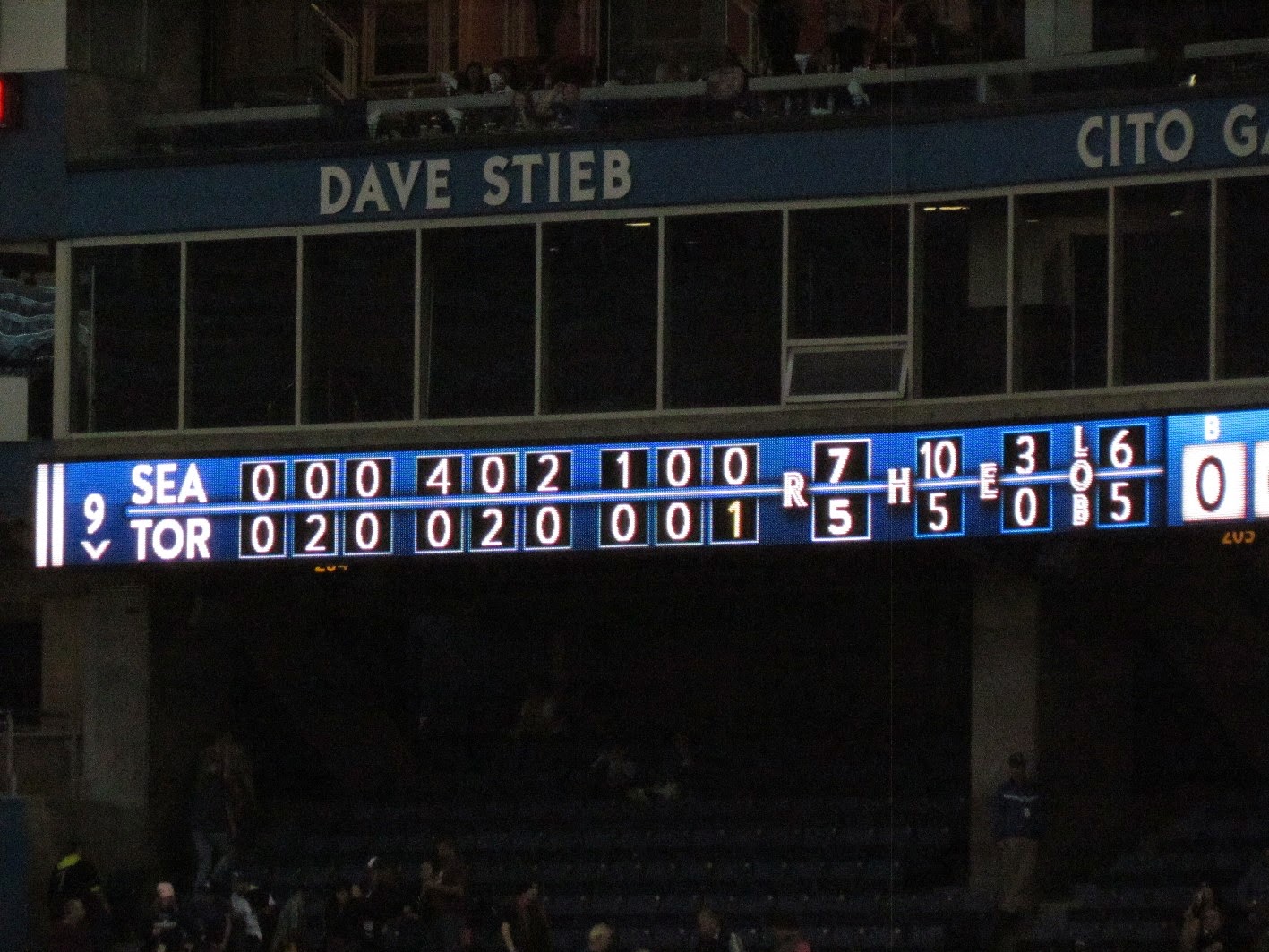 Next year, goes the lament. Next year! 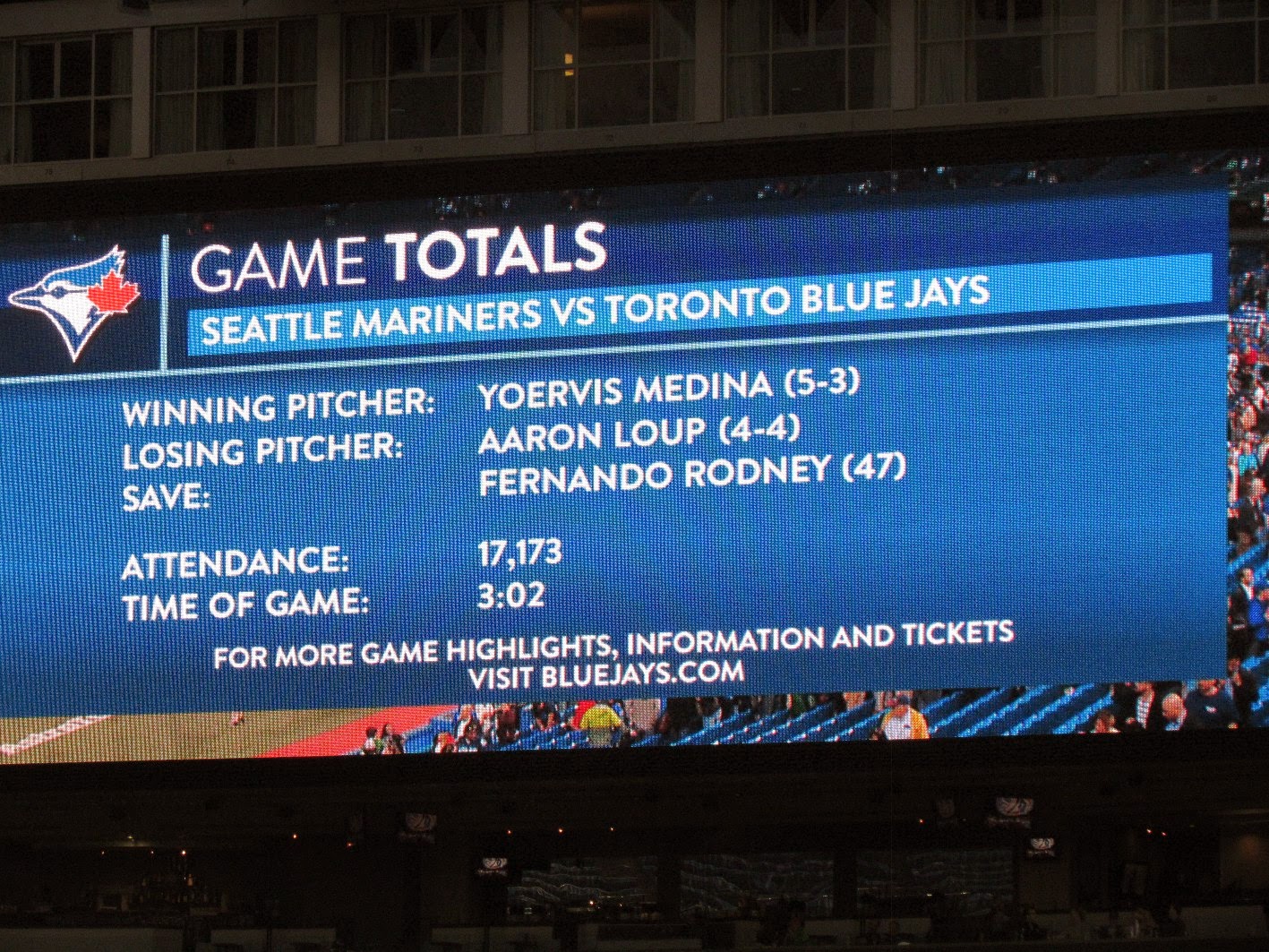