Play - Freda and Jem's Best of the Week 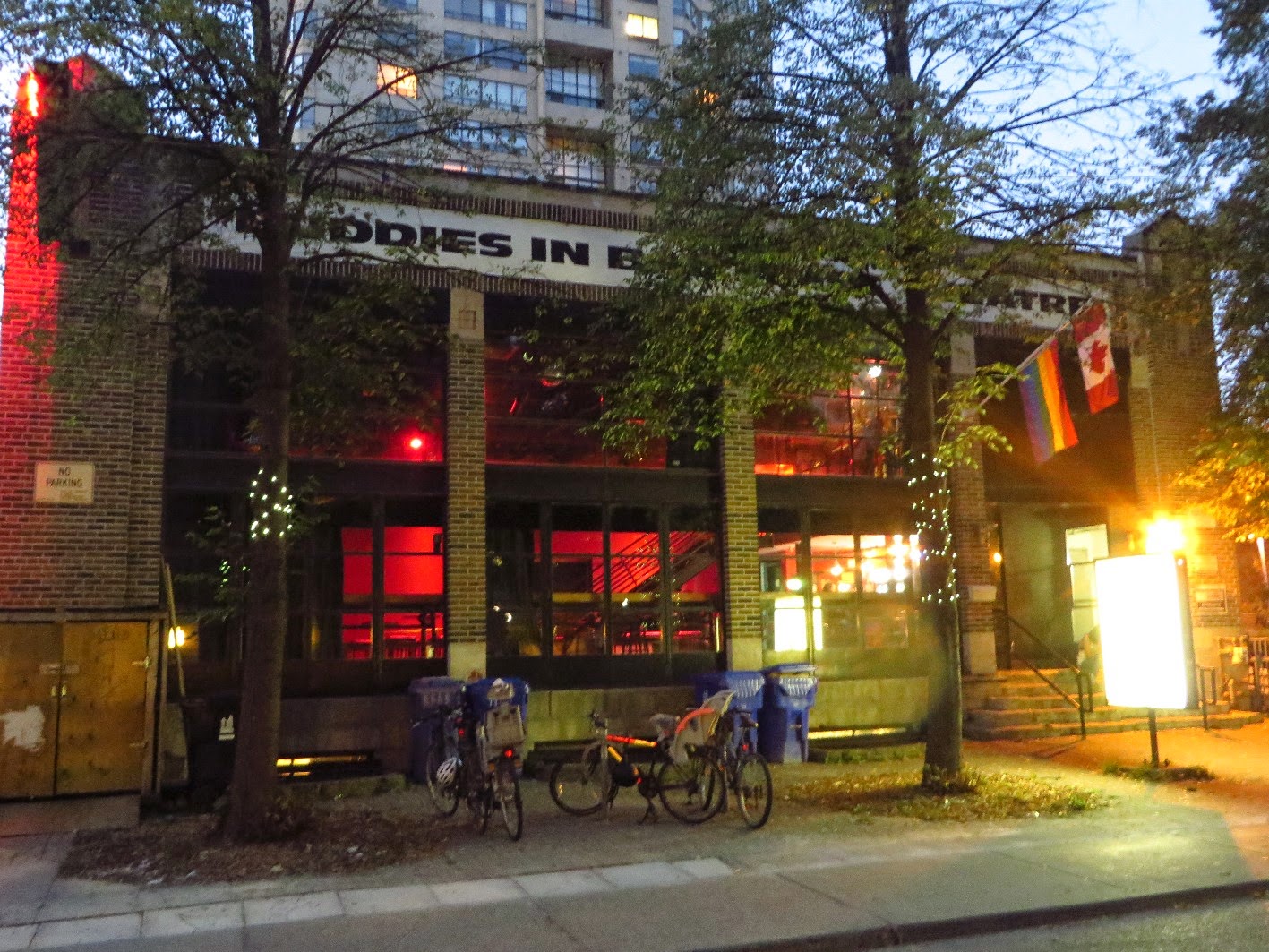 Tonight Teena and I went to a play at Buddies in Bad Times Theater, a theater that has been open since 1979, but I have never seen a play in. That was going to change tonight.

Buddies in Bad Times Theatre creates vital Canadian theatre by developing and presenting voices that question sexual and cultural norms. Built on the political and social principles of queer liberation, Buddies supports artists and works that reflect and advance these values. As the world’s longest-running and largest queer theatre, Buddies is uniquely positioned to develop, promote, and preserve stories and perspectives that are challenging and alternative. 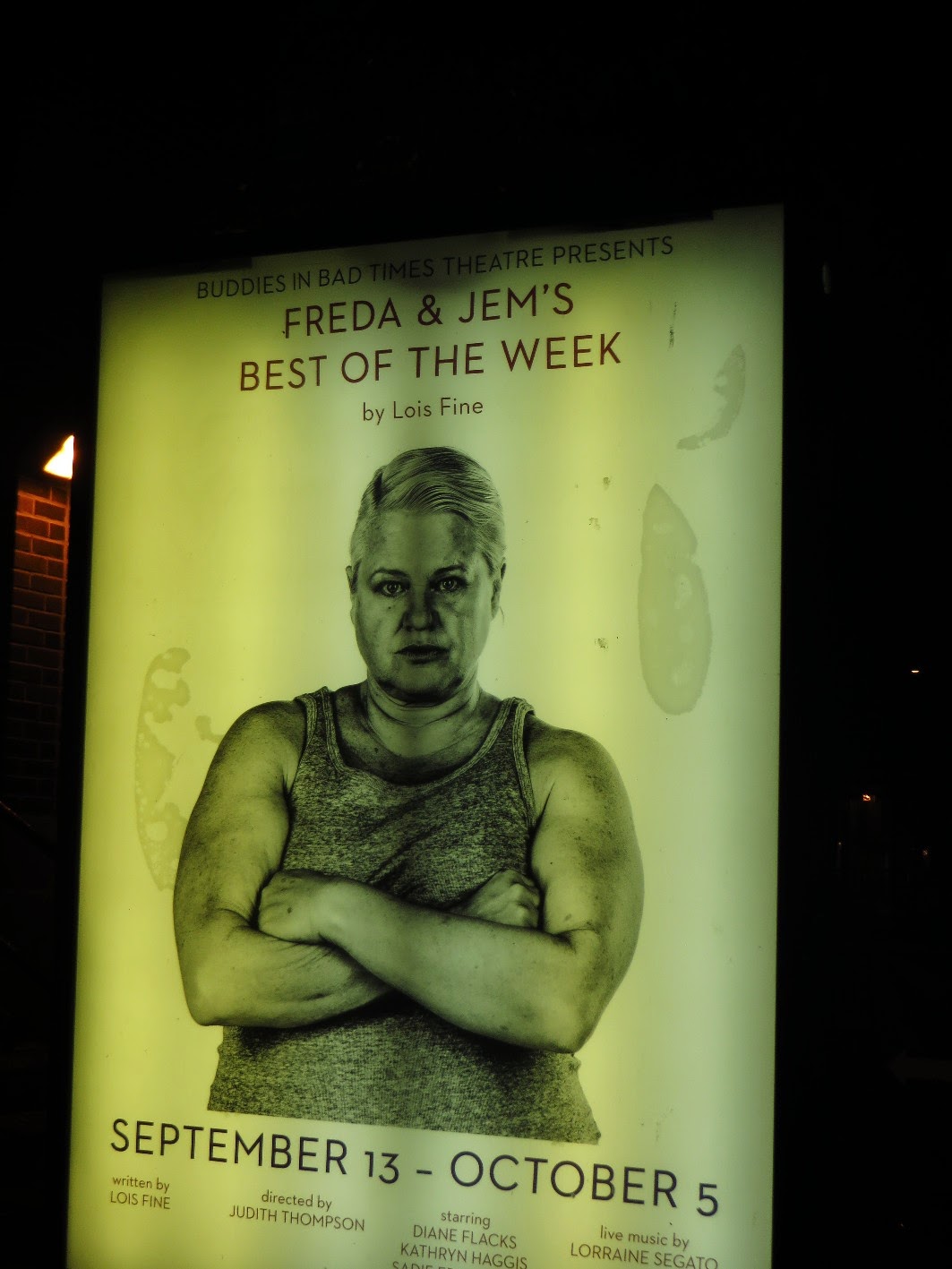 Tonight we saw Freda and Jem's Best of the Week.

Freda and Jem are two women who fell in love, had kids, and built a family together. When they decide to split up, their family discovers that their love for each other doesn’t have to end at divorce – but it will have to change. A heartwarming story about family making and family breaking.

This was a powerful, intense, well written play. There were no weak performances by any of the actors, which could have easily have happened in a play with this much emotion attached. I like how the story was not only about Freda and Jem breaking up, but also how their break-up affected the kids. I found the son's story especially touching. Note, this was a very happy family before all the relationship problems started between the two parents.

There were very well done flashbacks to happier times, which in some plays can be confusing but not here.
Lorraine Segato, co-founder of Parachute Club provided the live music and was excellent.

I really enjoyed the play and would recommend it.

Before hand we had supper at Dukes Refresher in the Yonge and College area. They had an excellent selection of craft beer and we were served one of the biggest pieces of chicken you have ever seen. Teena wrote a complete review with pictures about it, and yes, I would go back in a second.

All in all it was a great night! 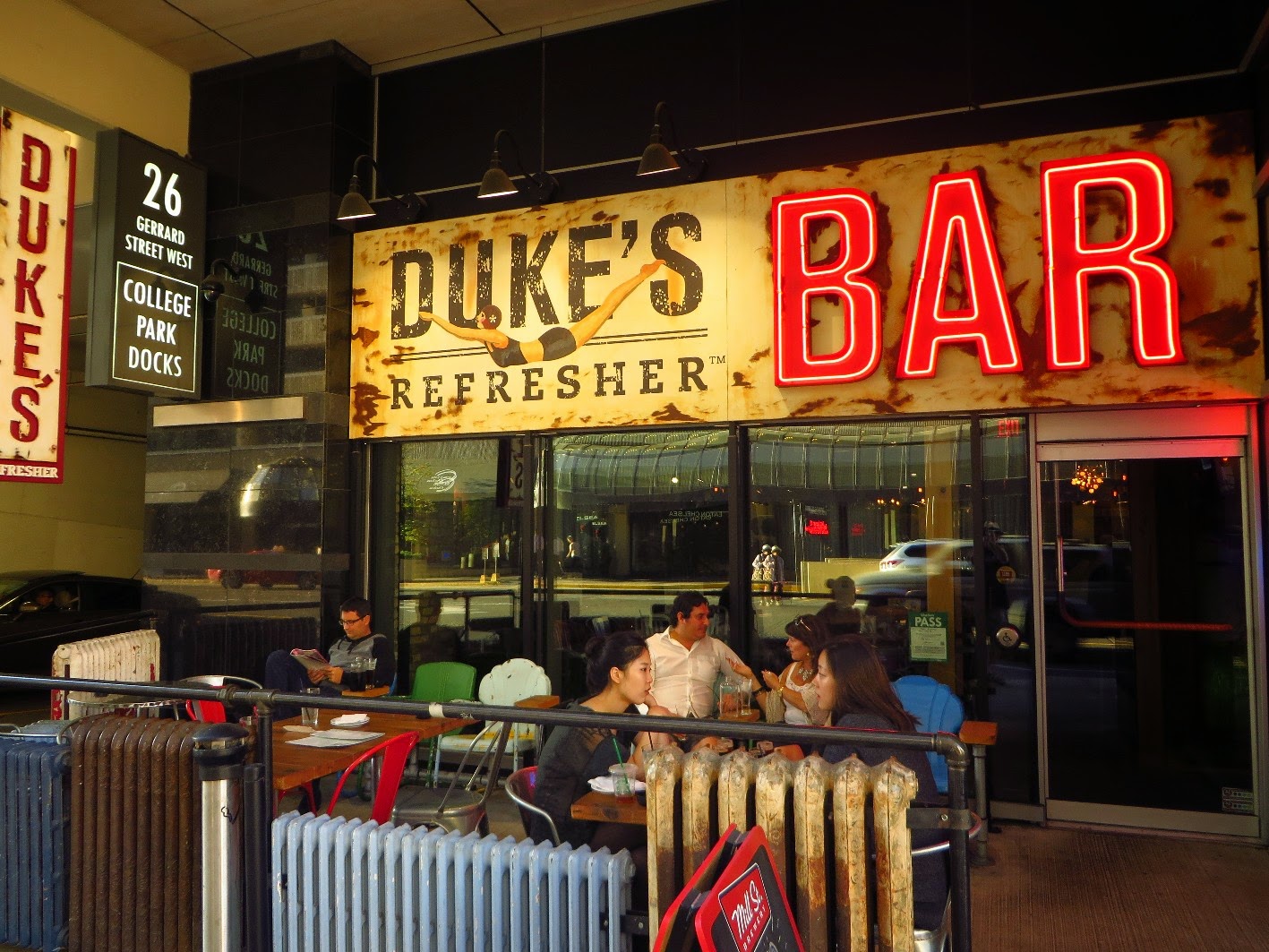