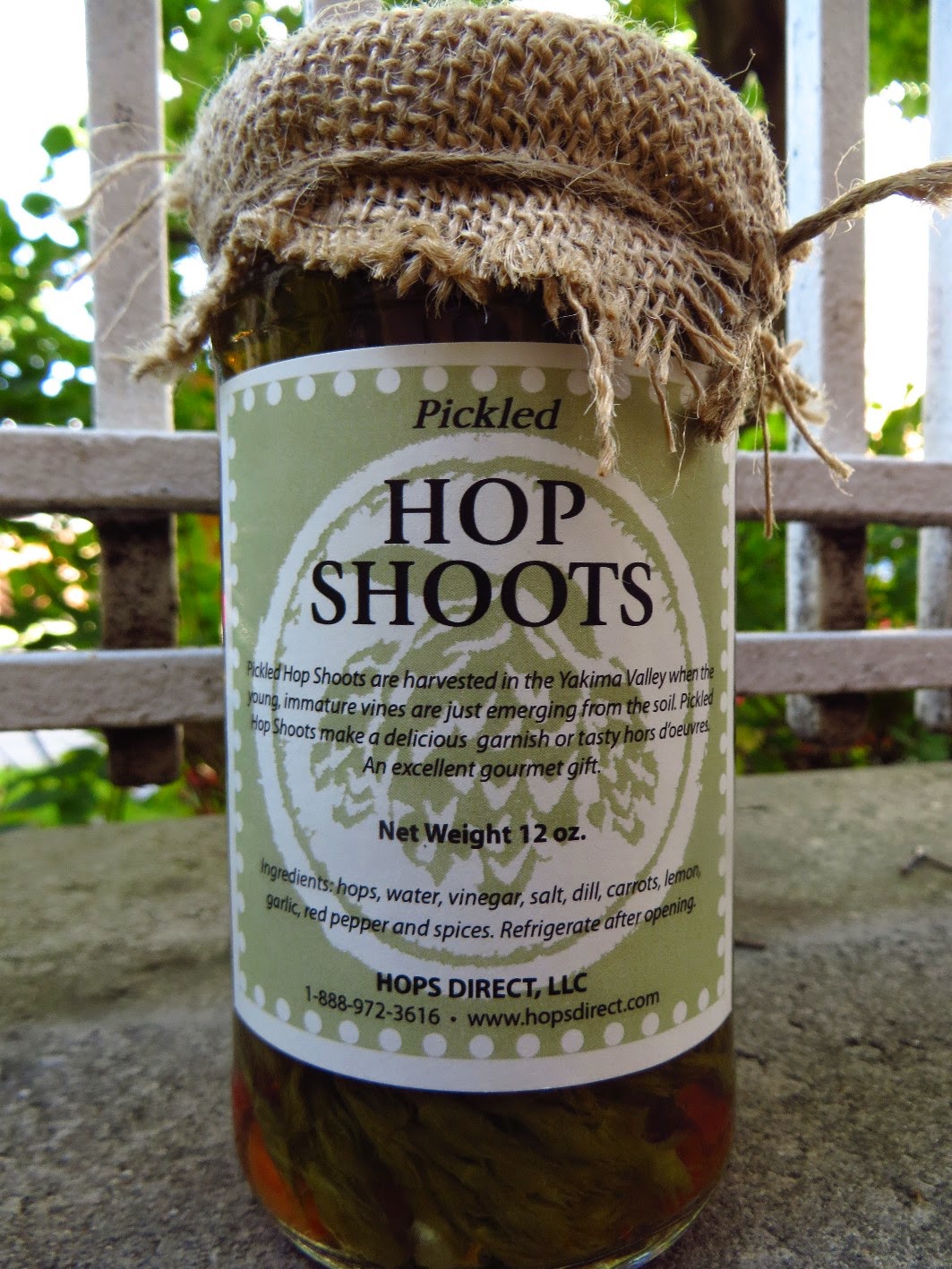 Today on the way home from Niagara on the Lake we stopped in at Niagara Oast House Brewery, which will be featured in next week's Beer of the Week.

Not only does the brewery sell their own beer but also beer soap and something I have never even heard of before, pickled hop shoots. I had no idea what they would be like but bought a bottle to try at home. These tender hop shoots are harvested by hand here on the farm in the Yakima Valley; when the young immature vines are just emerging from the soil. They make a delicious garnish or tasty
hors-d' oeurvres! 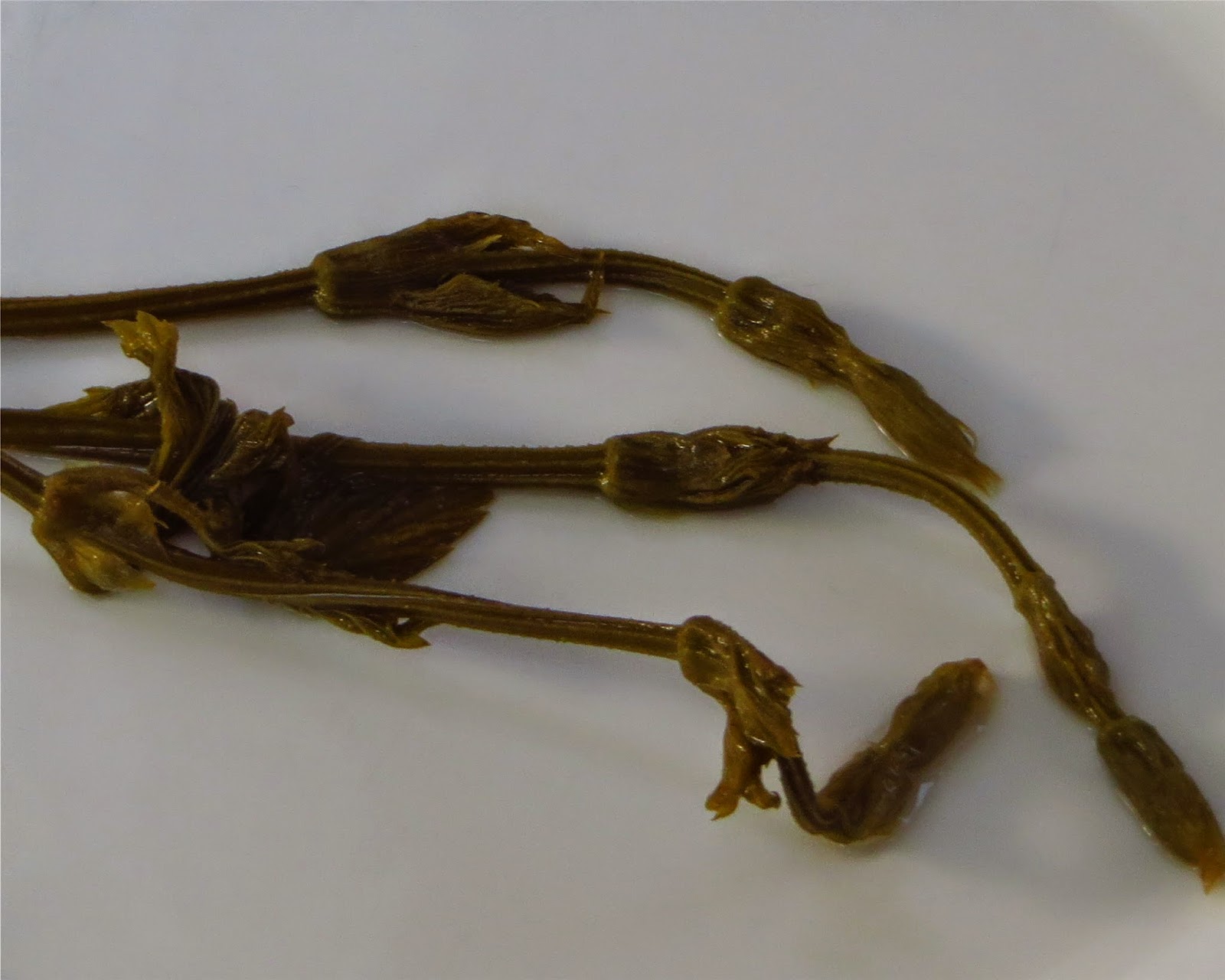 They were a little more limp than I had expected. I don't know why. After all, they are sitting in pickling fluid.

When I first bit into one, the only taste that came through was the pickle juice. Surprisingly they are much more crunchy than I thought they would be when I pulled the first limp shoot from the jar. After a taking a couple of chews, the taste of the hop shoot comes through. Hops are bitter but I found very little bitterness in this young shoot. I have nothing to compare it to and can only say that it is slightly earthy, but at the same time refreshing.

It's not something I would have all the time. That being said, the jar could very well be emptied tonight. I would love to see how I could work something like this into a recipe. I think it could add something unique. 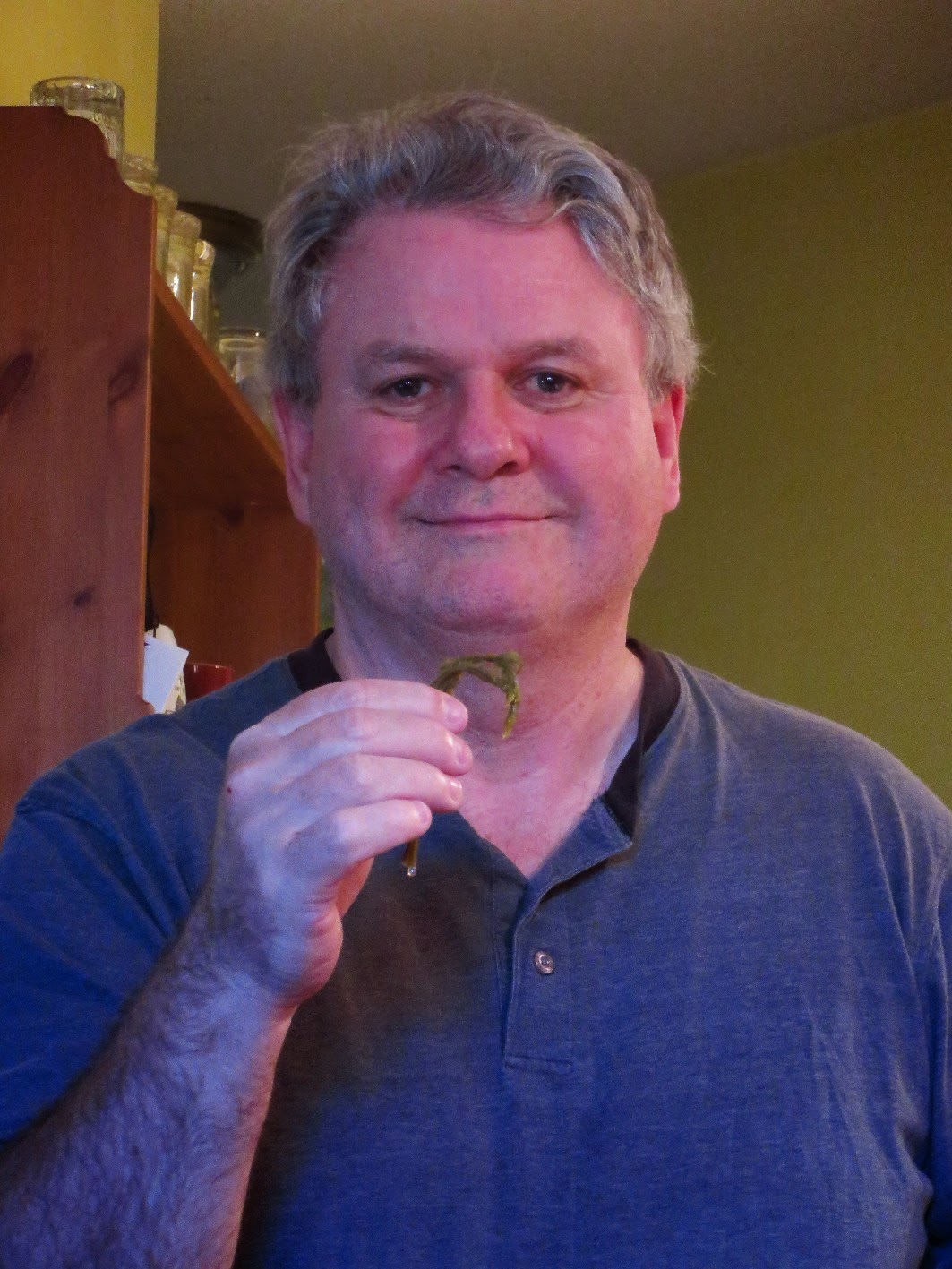