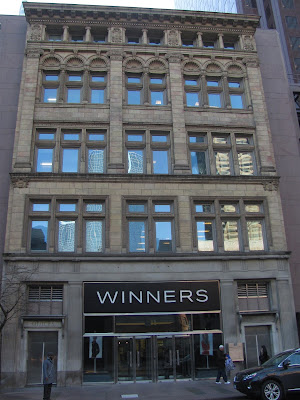 First let me say that I am not a big fan of facades. A builder comes in wanting maximum density to make their bucks and in the interest of "preserving history" promise to keep a hundred year old building's facade and destroy the rest, which was the building's original integrity.

It makes it much easier for the architect to design a building around a facade rather than an old building. Takes so much less imagination.

This facade has always intrigued me so I took some pictures and did some research. Turns out this building was built back in 1898 and was the home of the John Kay Store which sold carpets, linoleums,  furniture, draperies and wallpaper. 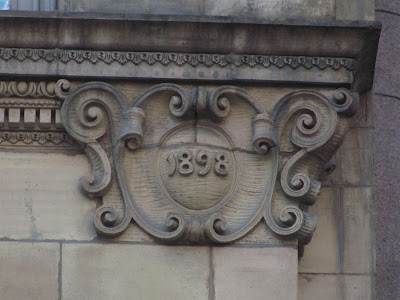 I was confused when I discovered that this building face fronted 36-38 King Street West. Was this the back of the store? Turns out when Scotia Plaza was being constructed, the front of 36-38 King Street was cut into blocks, numbered, stored and then rebuilt on its present location on Adelaide Street W.

I am glad they did preserve it as it is a beautiful piece of architecture from a time when details mattered, even if it was high off the ground. 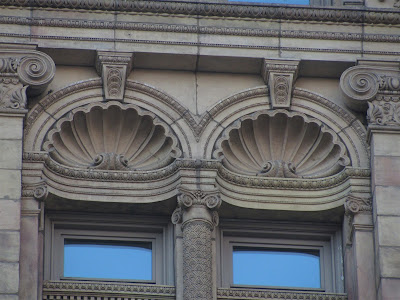 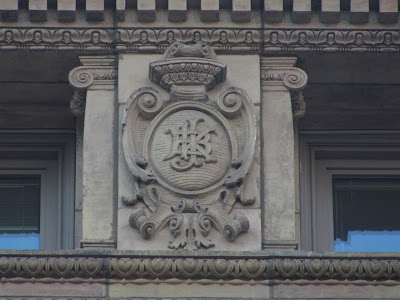 What's done is done, and I appreciated the facades that remain. Back in the 70s, Toronto was allowing its history to be bulldozed. Forty years as I look around the city, I see so many heritage buildings being destroyed and just its front preserved. This is so wrong and hopefully one day will be stopped. Let's start preserving the whole building and work it into another use.

Here is the John Kay Store at 36-38 King Street west before being dismantled and moved. 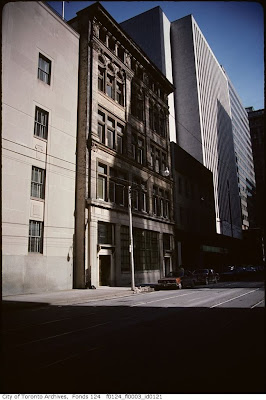 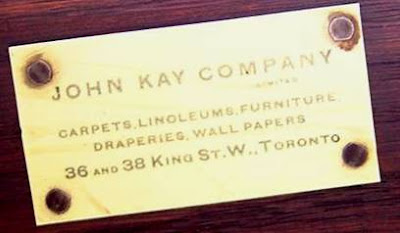