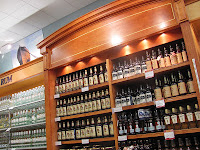 Although I have not written about it very much, rum is one of my favorite drinks, especially dark rum. There are many excellent amber rums out there, but dark rum is definitely my favorite.

White rum is best used in cocktails like a mojito where you do not want colour to affect the appearance of the drink. In a rum and Coke or straight up, I find it lacking.

So I thought it was time to start writing and reviewing rums, and what better way to start than to list my current top five favorite dark rums.

As I live in Ontario, a province that seems to enjoy whiskey over rum, my choices become very limited. In some LCBO stores, there are rum sections. Other stores have rum shelves. The LCBO in Liberty Village has a huge store and a very small selection of rum. Visiting Nova Scotia and Newfoundland was fabulous. They love their rum and I would walk into the liquor store there to find rum walls! A wall of white, a long aisle of amber and a wall of dark. Huge varieties of rum! Sadly, not so much in Ontario where the demand is lower. I'm sure if I had access to the selection that they have, this list would be quite different.

So here is my top five regular priced dark rums (to date): 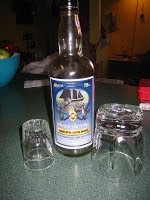 This rum originally was brewed by Glenora Distillery when the distillery first opened to bring in revenue while their single malt whiskey aged. Now they have farmed out their rum operation to Newfoundland. Only available in the Maritimes, it is definitely number one on my list. I always look forward to Teena bringing some home when she is out east and when Teena's sister, Sarah, sends some to us a Christmas and birthdays. 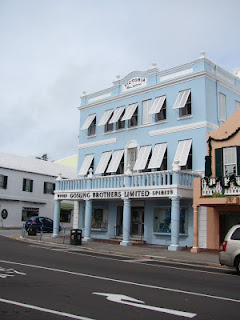 Goslings Brothers is located in Hamilton, Bermuda. One thing I missed seeing when we were there last year was that the store was closed for the first week of the year and I never had a chance to go in and buy some of their more premium brands. Black Seal is thankfully available in Ontario and has a wonderful smoothness to it. 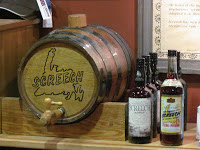 Newfoundland Screech is available in Ontario and I love it. The rum has a bit of a bad reputation as the term Screech once was used in Newfoundland to describe cheap horrible rum. Now brewed by the Newfoundland Liquor Commission, this is an excellent smooth rum. 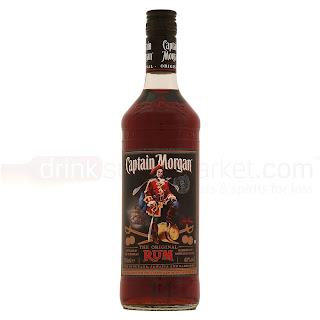 Originally Captain Morgan was made by Seagram's, a Canadian company and first hit store shelves in  1944, the company has since been sold to the huge international British conglomerate Diageo. The Captain has long been a favorite of mine. 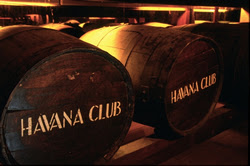 Havana Club 7 year old dark is a little more pricey at $32.45 per bottle. When Teena and I were in Cuba many many years ago, we bought a bottle of this there for $8! It's a great rum that I buy every once in awhile as I mostly prefer to stay in the $25 range. Hmm, maybe it's time for me to splurge a little and get a bottle. It's been awhile!

So there's my current top five. This year I plan to try different rums and, of course, write about them. There's another Newfoundland rum available now in Ontario, Old Sam Rum. I think maybe I know which one will be first!
Posted by Swordsman at 14:33