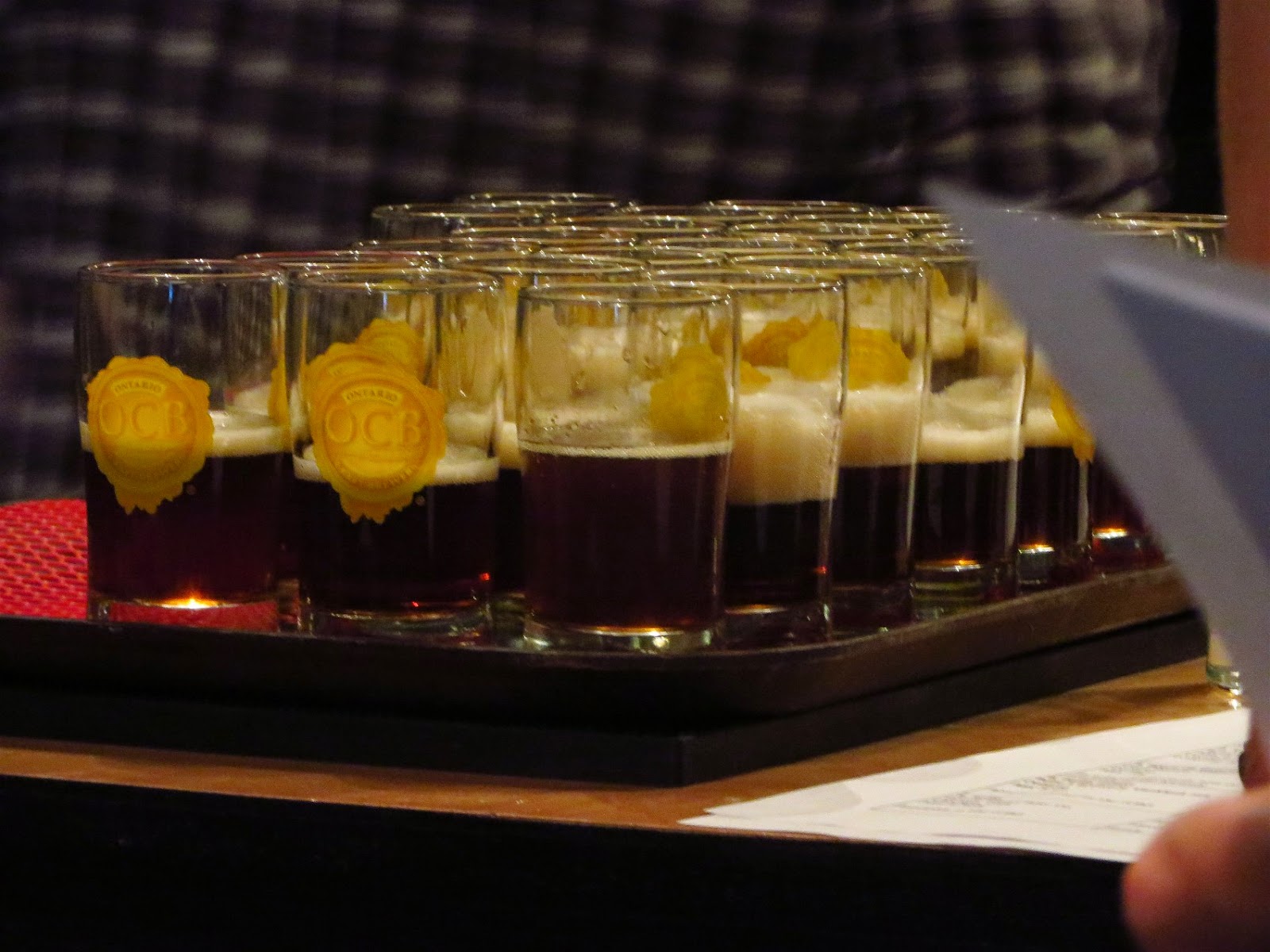 Tonight I was at Tequila Bookworm for a beer class put on by Crystal Luxmore who is a Certified Cicerone and a Prud'homme Beer Sommelier. The class was on one of my favorite styles of beer, especially in the summer, the Saison. There were about 20 or so in the class. 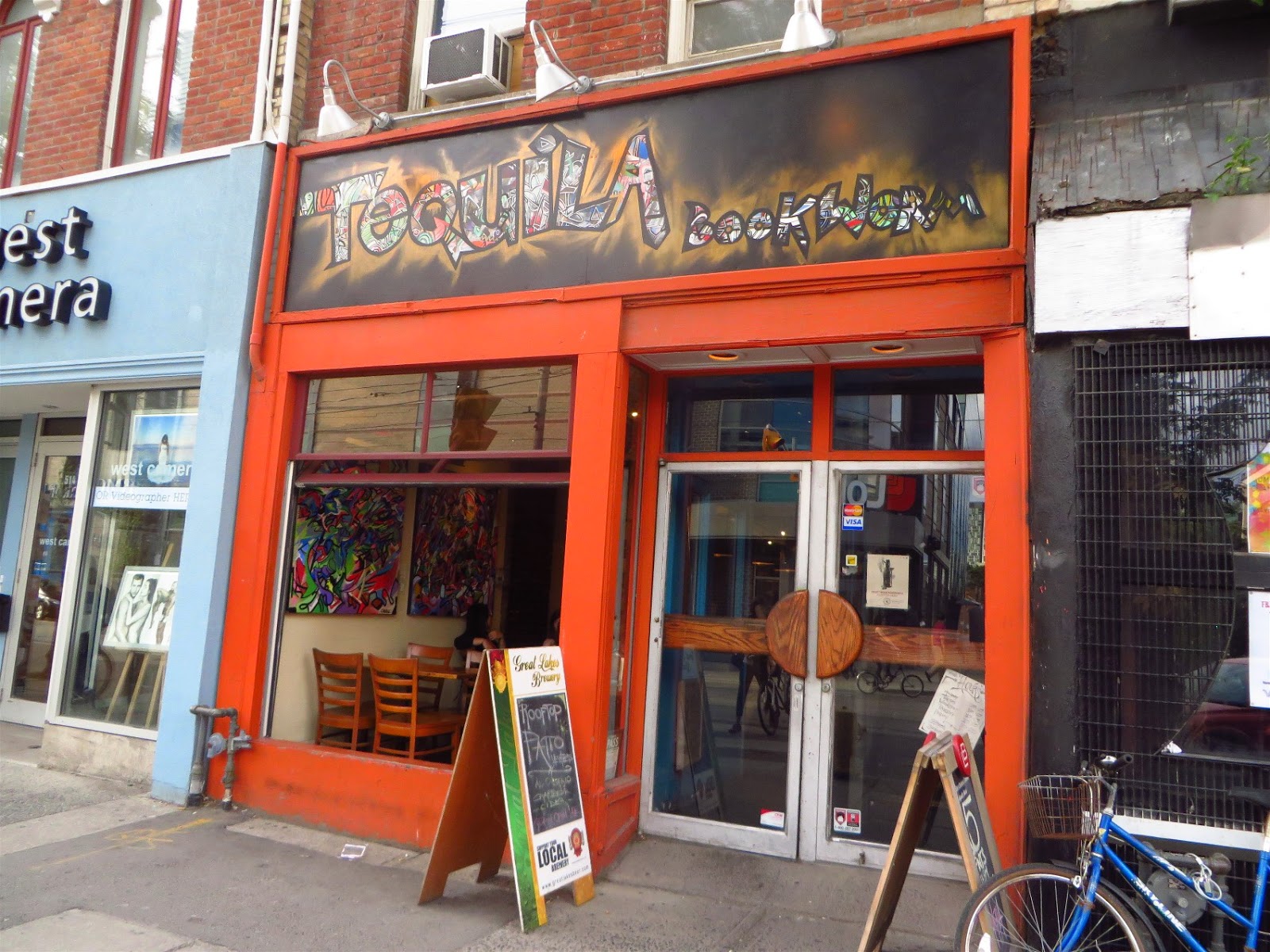 According to the late Michael Jackson, known as "The Beer Hunter" (not the weird singer guy of questionable morals), this Belgium ale are nominally seasonal beers for the summer, but available all year round. Only in a country with so many strong beers would brews of at 5.0 to 6.5 per cent be regarded as "light" summer specialities. Despite their typical strengths, Saisons usually have a citric, peppery, quenching, quality, due variously to hard water, heavy hopping, spicing or deliberate souring. They are usually amber to orange in colour, and often very quite dry. Saisons are largely local to the French-speaking part of the country, especially the western part of the province of Hainaut, in old, small, farm-like, breweries close to the Borinage coalfield.

Crystal was full of knowledge and explained how Mr. Jackson feared that the saison would one day become an extinct style of beer. The style, though, was rescued by the exploding American craft beer industry. Now Ontario has quite a few of these ales, which are a delight to try.

We were given tasting sheets and a selection of meats, cheeses and bread to pair with our samples. We started with a Nickel Brook Le Paysan Saison which was not on our list to try. I didn't take any notes on it but really enjoyed it and would have another again. 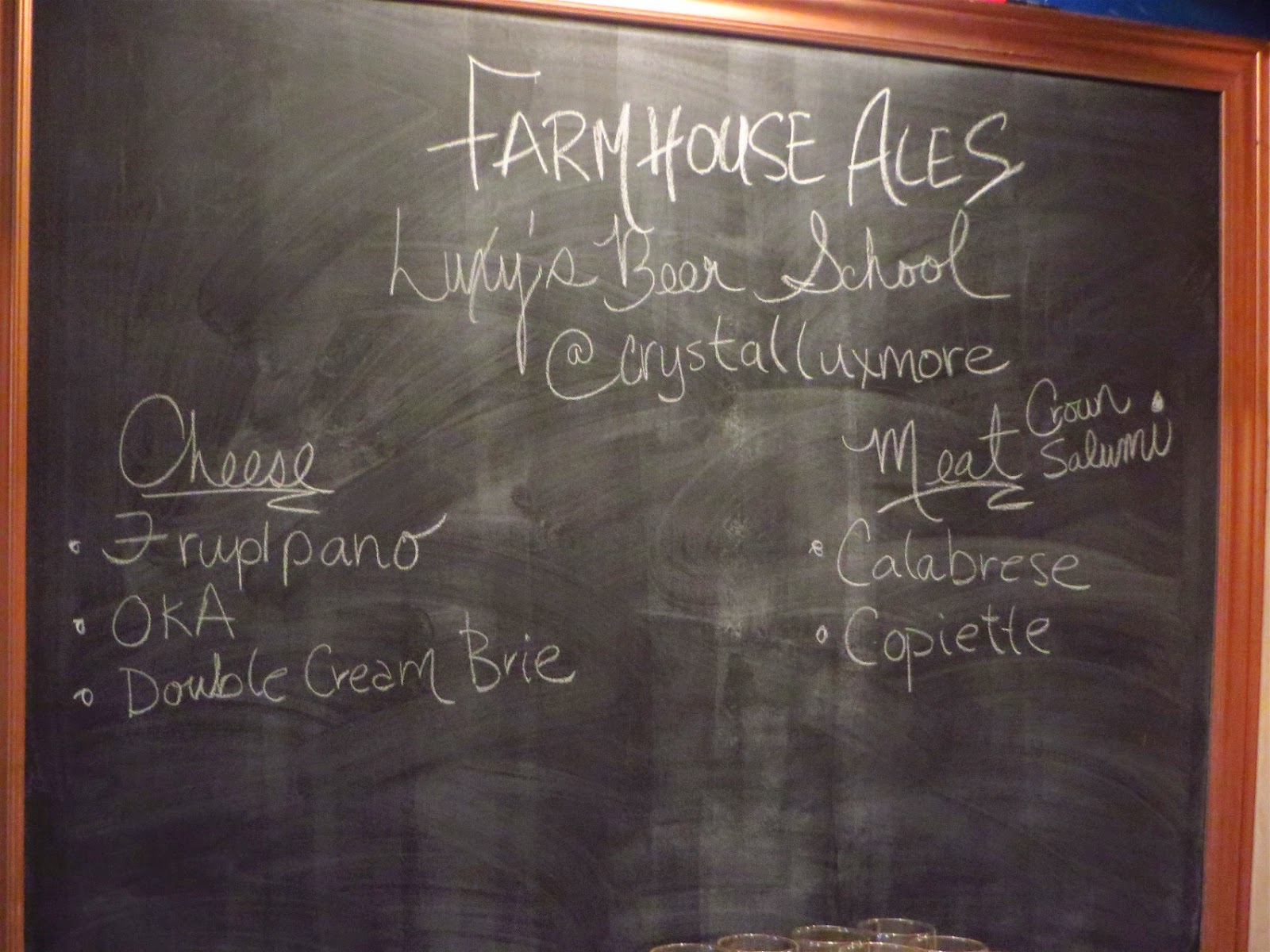 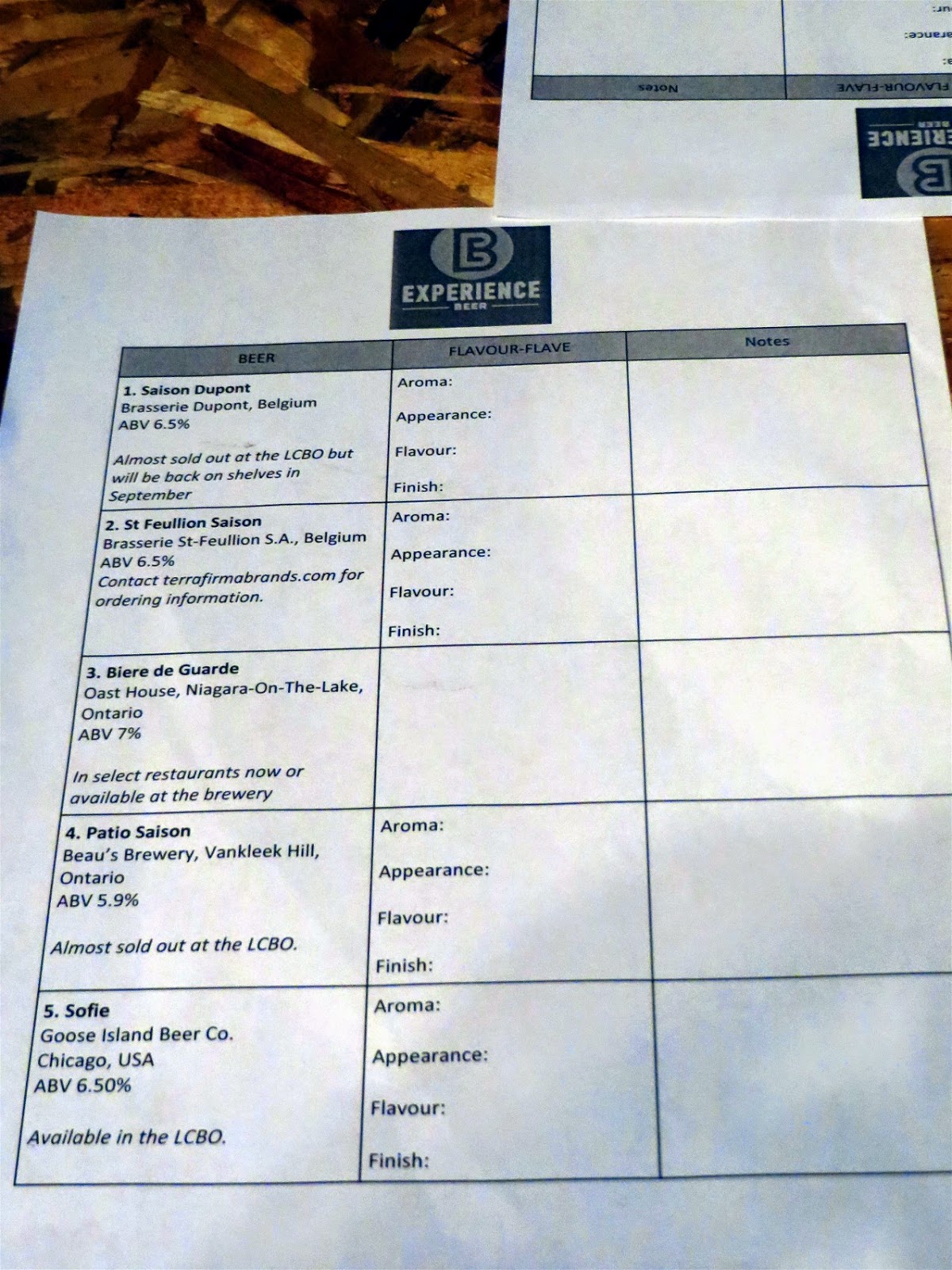 As we sipped the Paysan, Crystal gave us the history behind the saison.

They used barley, oats, wheat and anything else they grew in the brew, along with local spices and hops. They found if they added lactic acid it acted as a preservative and killed bacteria. The hops they added also were a preservative and killed other forms of bacteria. This added a unique sourness to the ale. They also used a different strain of yeast which in the original brews would mix with airborne yeasts so every brew was a little different. I was surprised to learn that the saison yeast gives off a natural pepper and spice taste in an ale. I always thought it was was always added 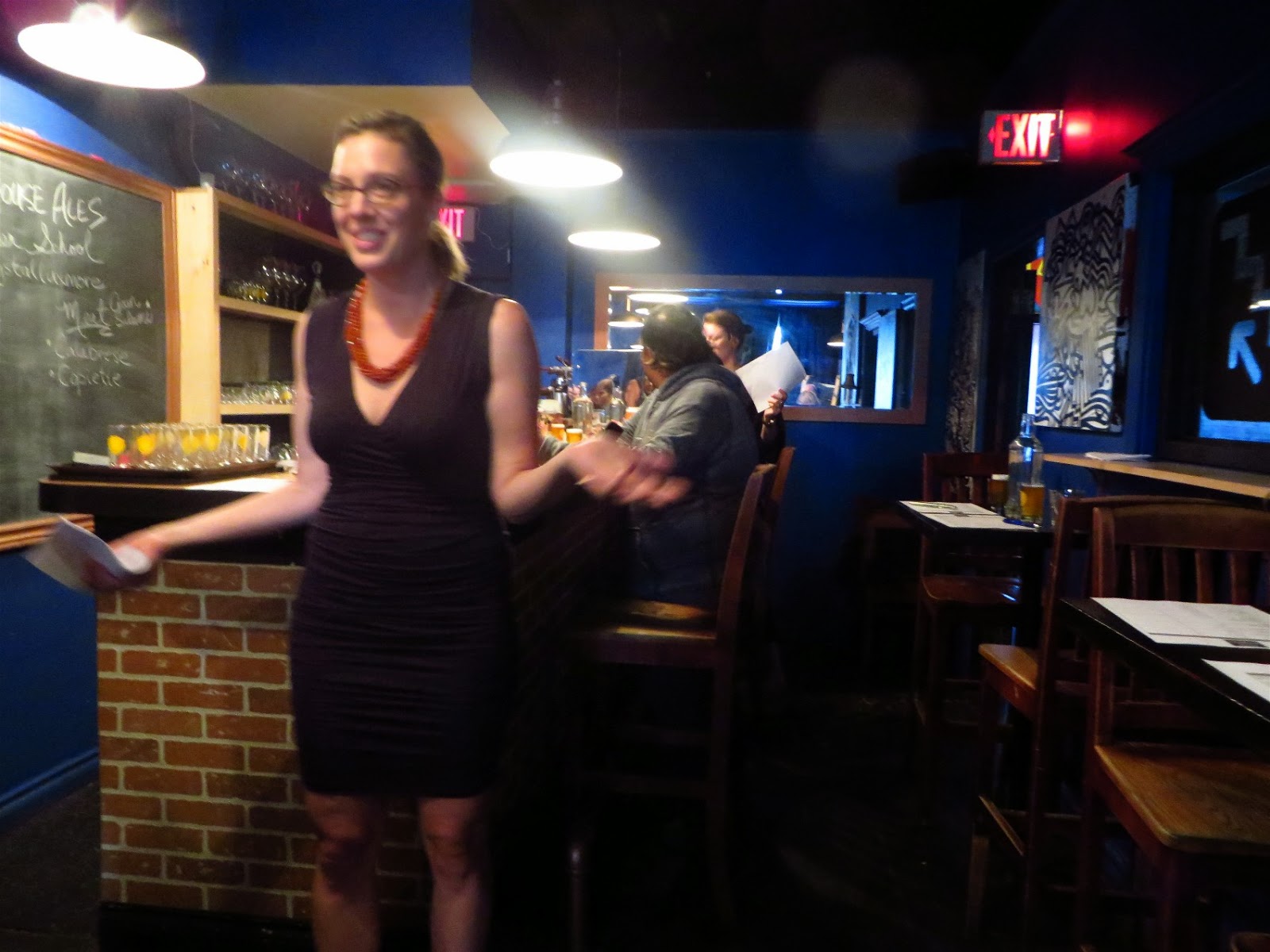 I was at a table of home brewers which included a beer sommelier, Doug, and a beer educator, Mick, and Martha, who had an excellent palate. They were really nice and it was fun to hear how they described each beer. There was a wealth of knowledge around my table.

I have many notes and plan to boil them down to just a paragraph for each beer.

First up was the historic benchmark for saisons, Saison Dupont. It's a benchmark for the style as it has been brewed by the same family since 1844. It had a slightly citrus aroma and started off lightly on the tongue. I then felt some citrus come through, followed by a bitter but dry finish. Very enjoyable!

Next up was St Feullion Saison. There was very little aroma to this. I am coming off a cold but others at the table said the same thing. There is a slight bitterness to this, no spice and a little bitterness in the end. I was disappointed, yet when I tried this earlier in the year, I loved it. Maybe it is the cold.

Crystal then broke up the saison tasting with a Biere de Guarde from Oast House Brewers, which could be interpreted as "beer for keeping" or "beer to store". It is a French style, farmhouse ale, which almost disappeared after the first World War but whose style was revived back in the seventies. It was very malty and sweet, with caramel tones and something I noticed after it was mentioned, a bit of cherry. There was no bitterness to this at all and, as much as I enjoyed it as a way of breaking up the evening, I would not rush out to have one. Oast House does make a saison, though. We'll have to stop in next time we're in the Niagara area. 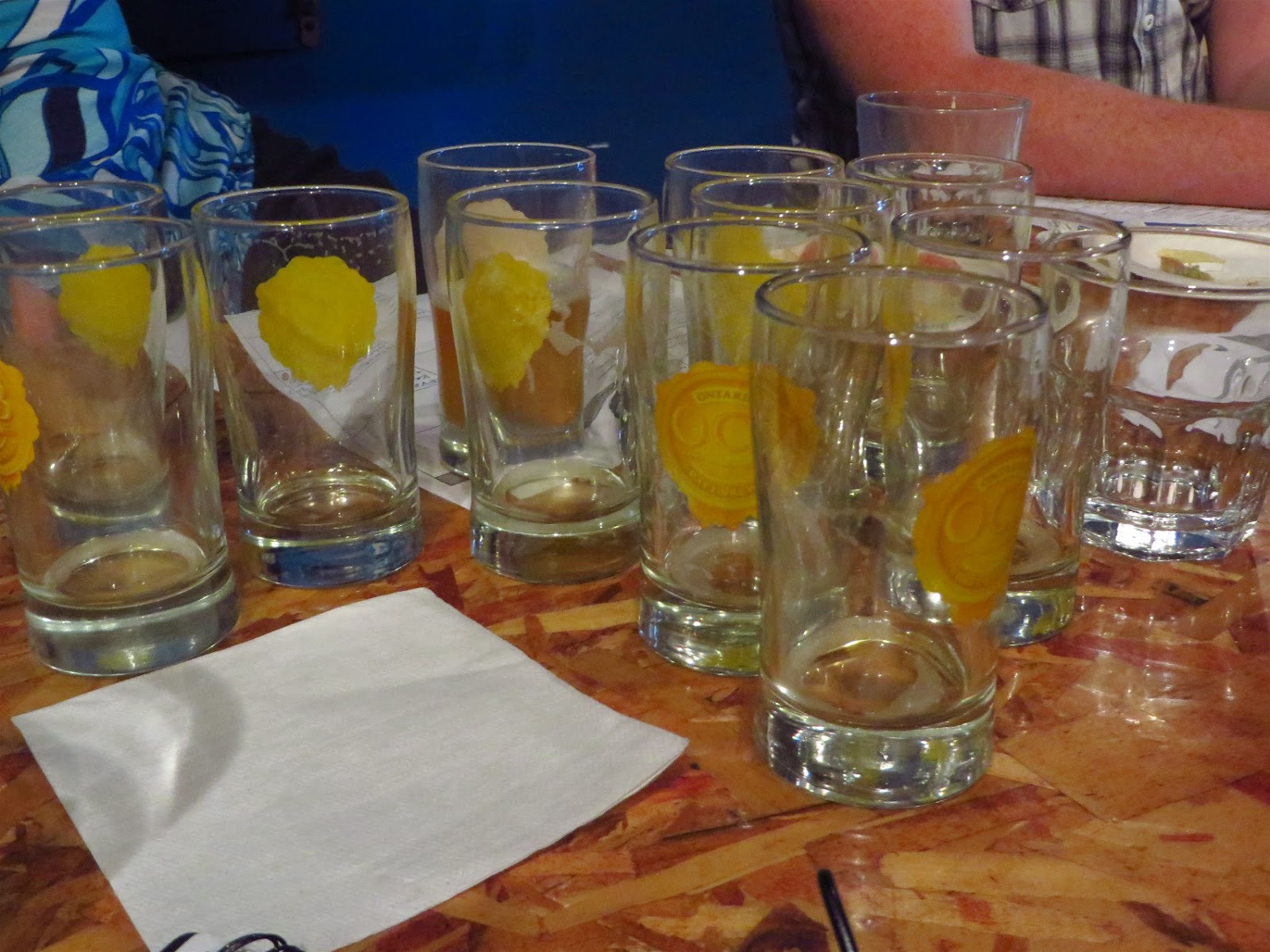 Beau's All Natural Brewery was up next with their Patio Saison. There was a little funk to the aroma. Although this sounds bad, it is a very good thing. Martha mentioned that the aroma reminded her of a horse blanket and Doug said more of a barnyard. Again, all good things and not gross in an aroma or taste. I think for the first time now, I truly understand the meaning of funk. This starts sour with some funk (ha!) and has a very nice bitter finish. This one is flavoured with orange peel witch was noticeable and elderberry. I would have this one again!.

The last of the night was Sofie from Goose Island Brewery, named after the head brewers 10 year old daughter. Teena and I have had this before and it was my favorite of the night. The aroma is citrusy  with a little spice and pepper (I got better at this as the night went on). As for the taste, this could be mistaken for a wine and I feel it is almost closer to a a champagne. It reminds me that I should go pick up some more.

The class was an hour and a half long and cost just $30. I feel it was very well worth it. Crystal really knows her stuff and was fun and entertaining. I would go to another one of her classes again in a second. If you are interested in beer, I would definitely recommend her classes!
Posted by Swordsman at 21:00