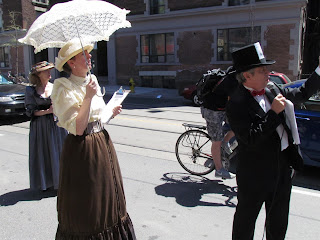 Jane's Walks happen once a year on the first weekend in May and this is the second year we have participated.  We find them quite enjoyable and at the same time we learn something about Toronto.

They were in period clothing which was a nice touch.

See examples of beautiful historic architecture, some in need of care and hear a tale of murder in 1894 on Jameson Ave. Learn the unusual origins of street names such as Tyndal, Spencer, as well as landowners O’Hara and Brock . Discover why Parkdale is one of the most historic and architecturally beautiful neighbourhoods of Toronto.

We met at the McDonalds at Roncesvalles and King. Here we learned that the most of the area was originally owned by Walter O'Hara, who was a veteran of the Napoleonic war and fought in the Battle of Roncesvalle which explains the street's name.

On the southeast corner is Eggsmart, where Teena and I go when we feel like having breakfast out. The building originally was the Oceanview Hotel. 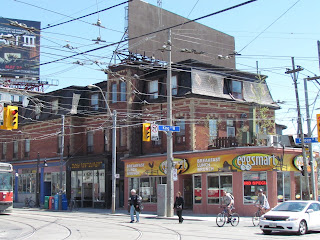 Jack was good at pointing out different architectural features of the older buildings. Some were old and run down but had very interesting designs 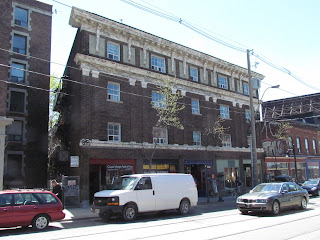 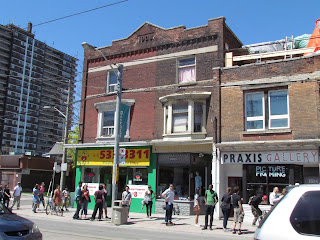 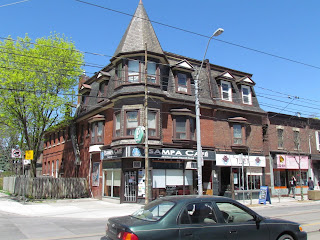 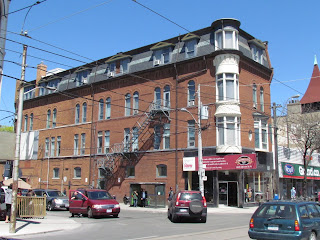 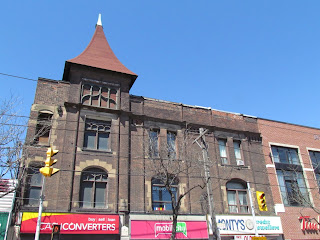 When this building was first built in 1912, it caused quite a concern among area home owners. They did not like the idea of multifamily buildings, crowding the neighborhood and bringing down property values. That is replaced today by condo wars. 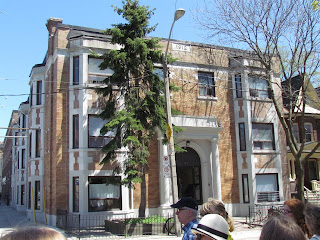 Meghan told some very interesting stories. One was about Clara Ford, a black woman (in those days called "a woman of colour") who in 1894 was accused of murdering Frank Westwood, the 18 year old son of a wealthy Parkdale family. She also told us of how the Klu Klux Klan had tried to gain a foothold in the neighborhood. Thankfully that was not successful. 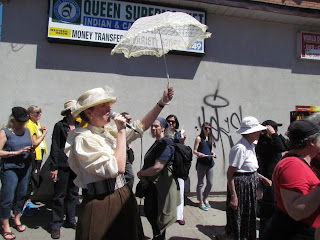 A year ago I spent a Sunday walking the neighborhood and doing my own research. I enjoyed this walk as it added to the area that Teena and I live in. Teena's post of the walk is here.

Here a a few more pictures 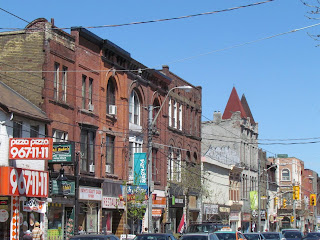 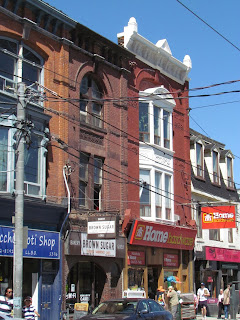 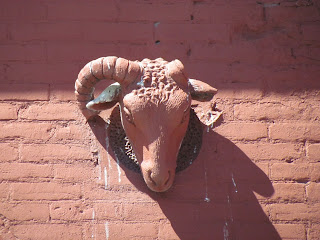 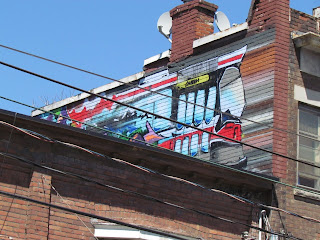 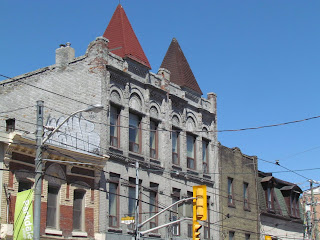