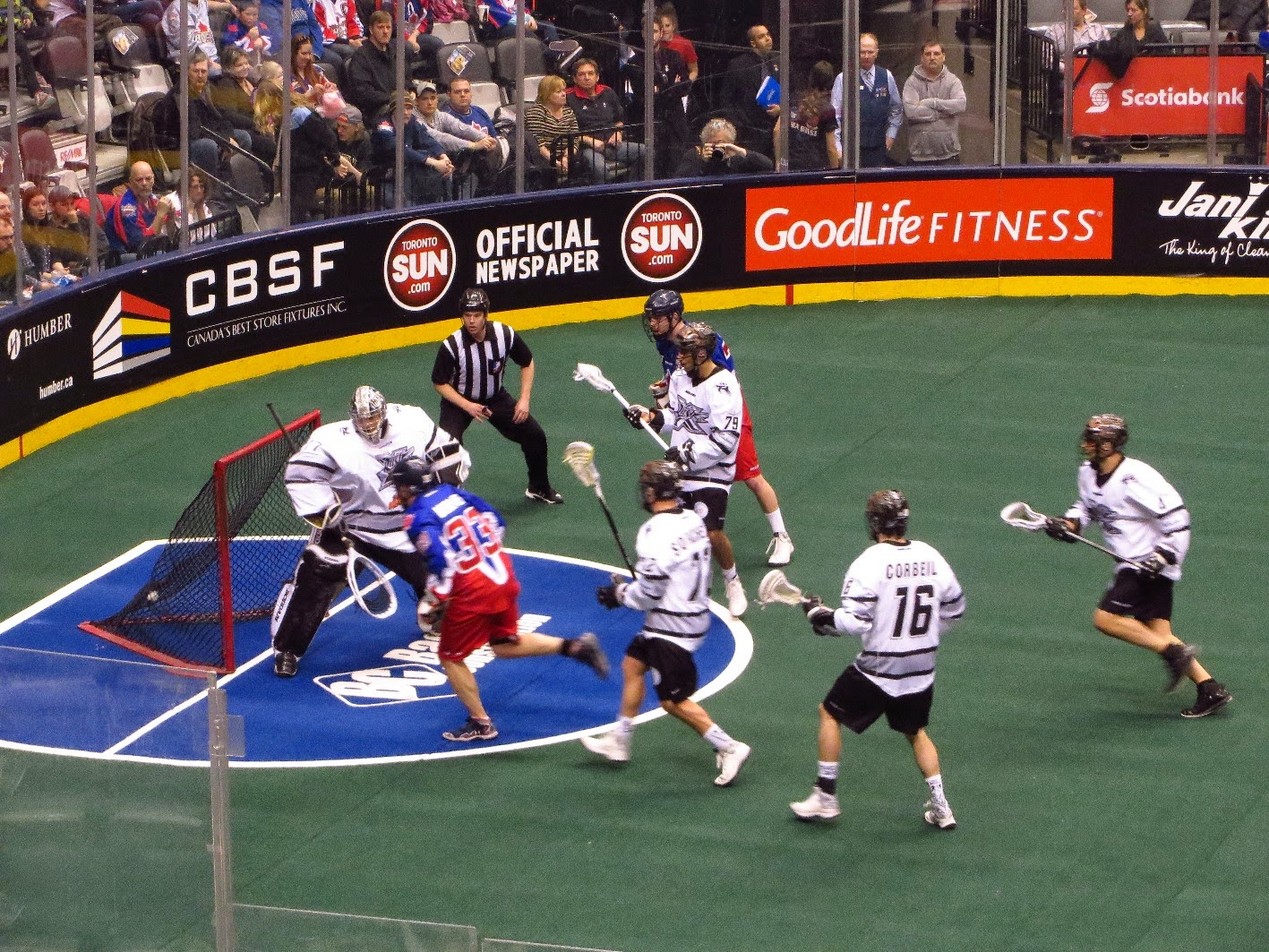 It was Bachly Construction bobblehead night, and Josh Sanderson, the league's third top scorer was the bobblehead. 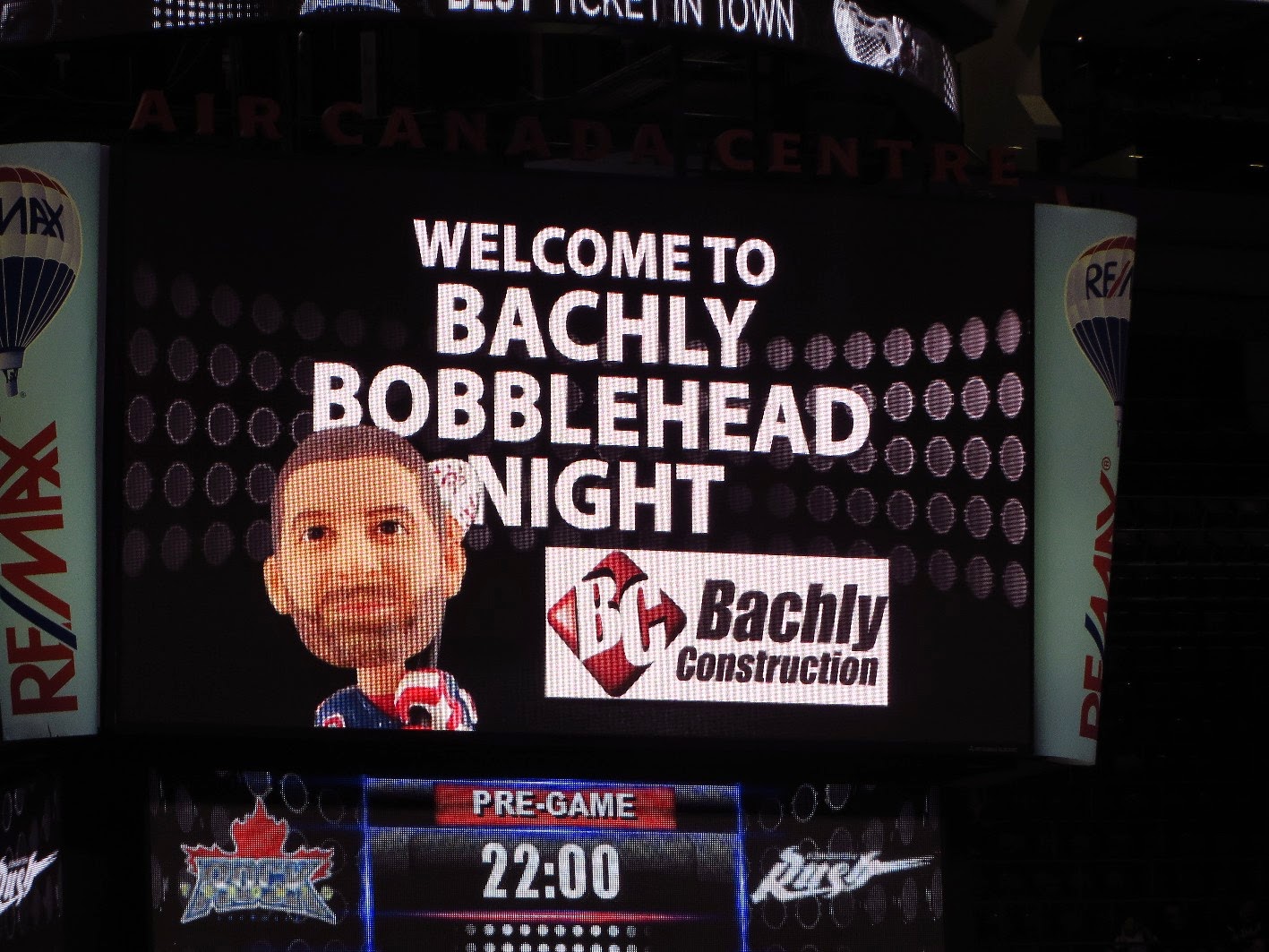 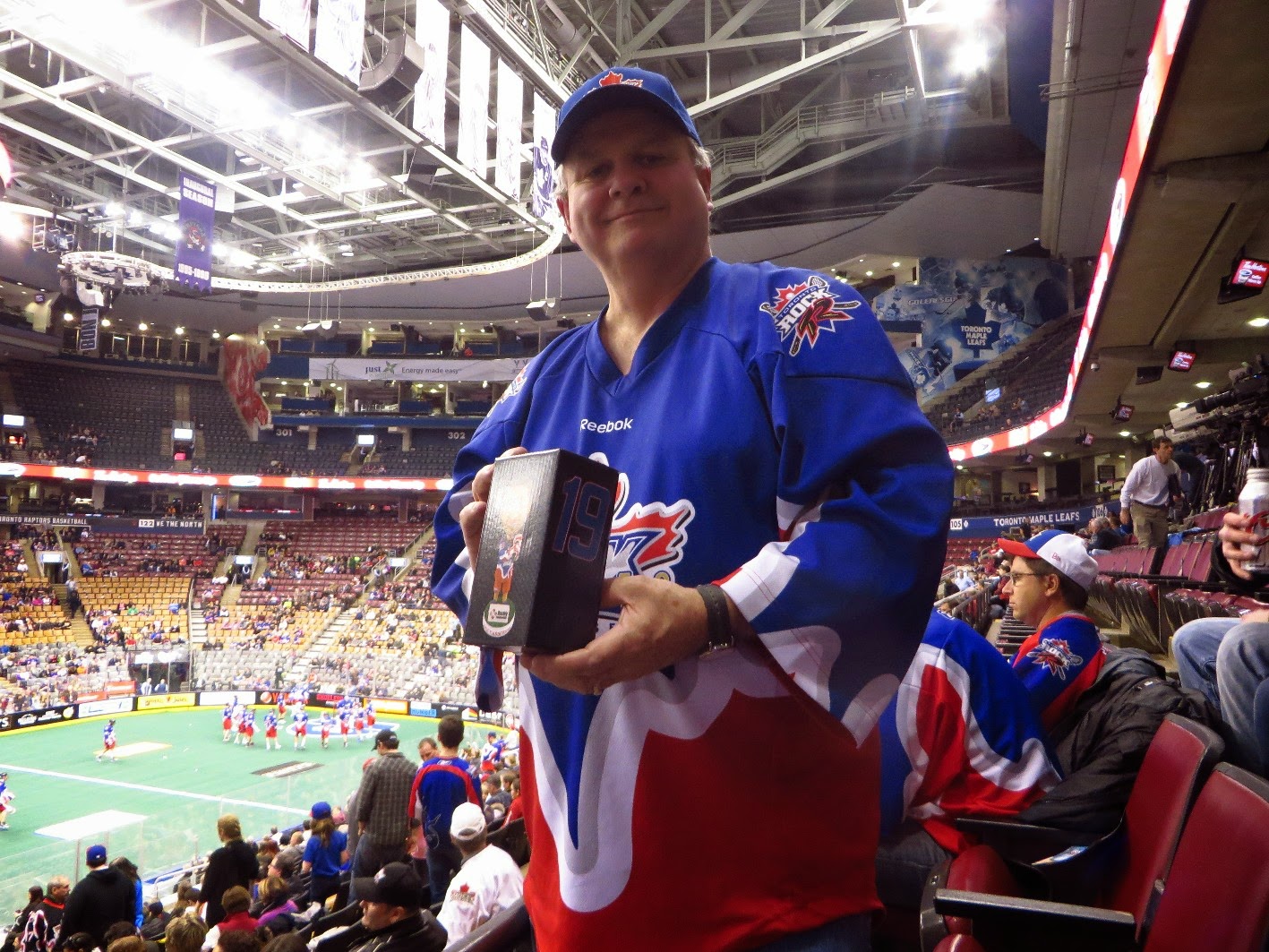 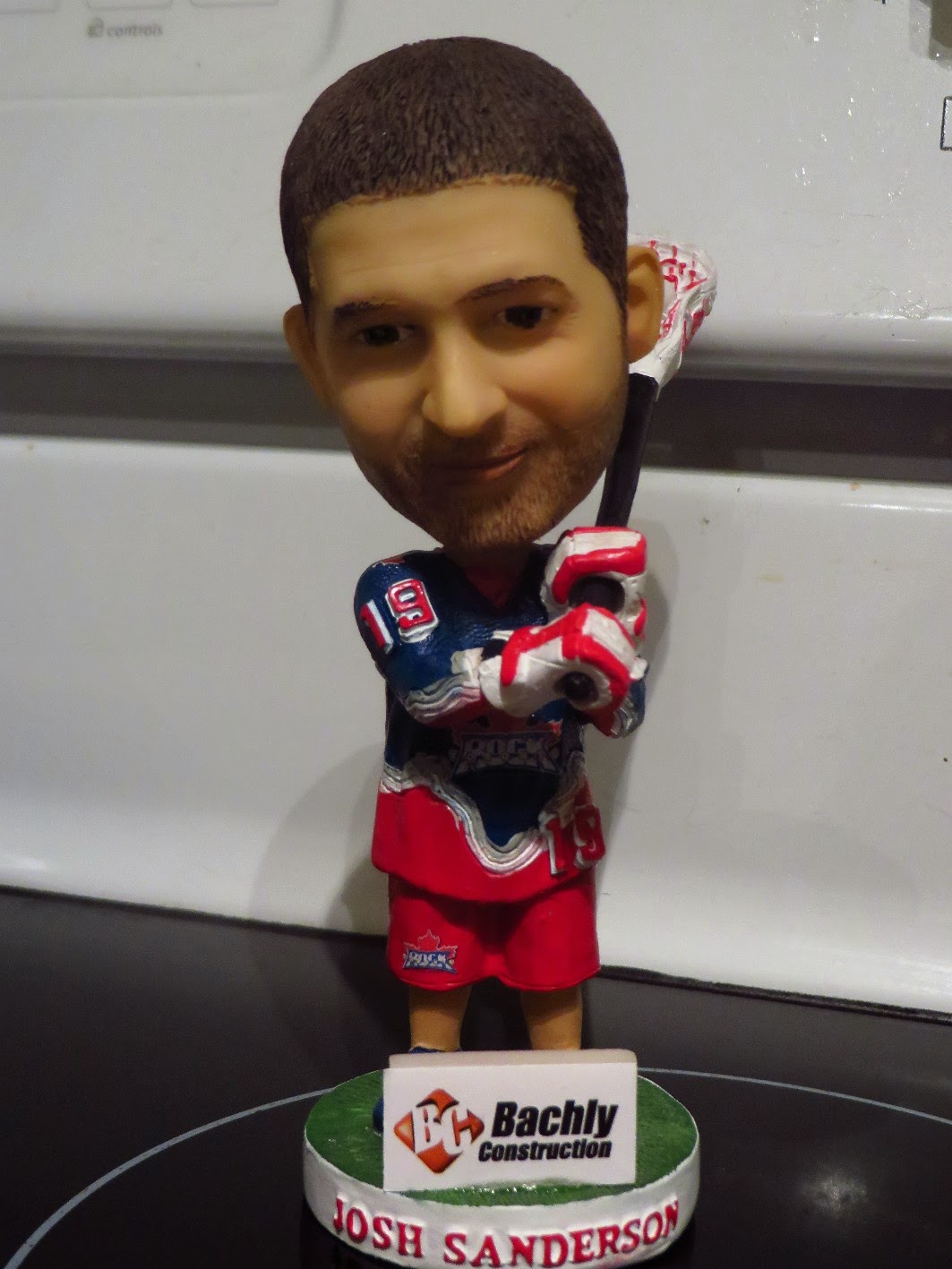 At the start of the game was a ceremonial face off with representatives for the Right to Play. 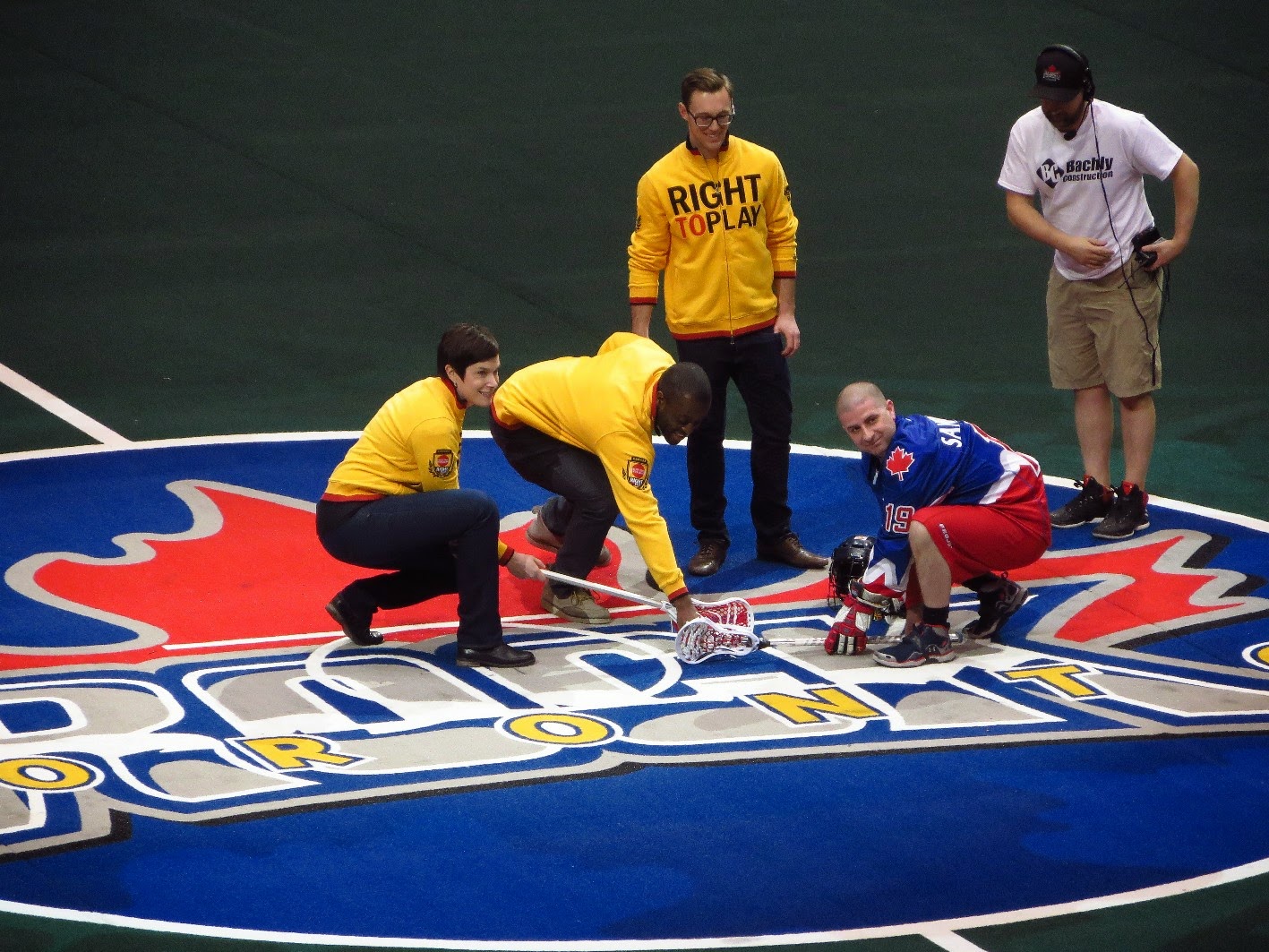 Time to start the game. 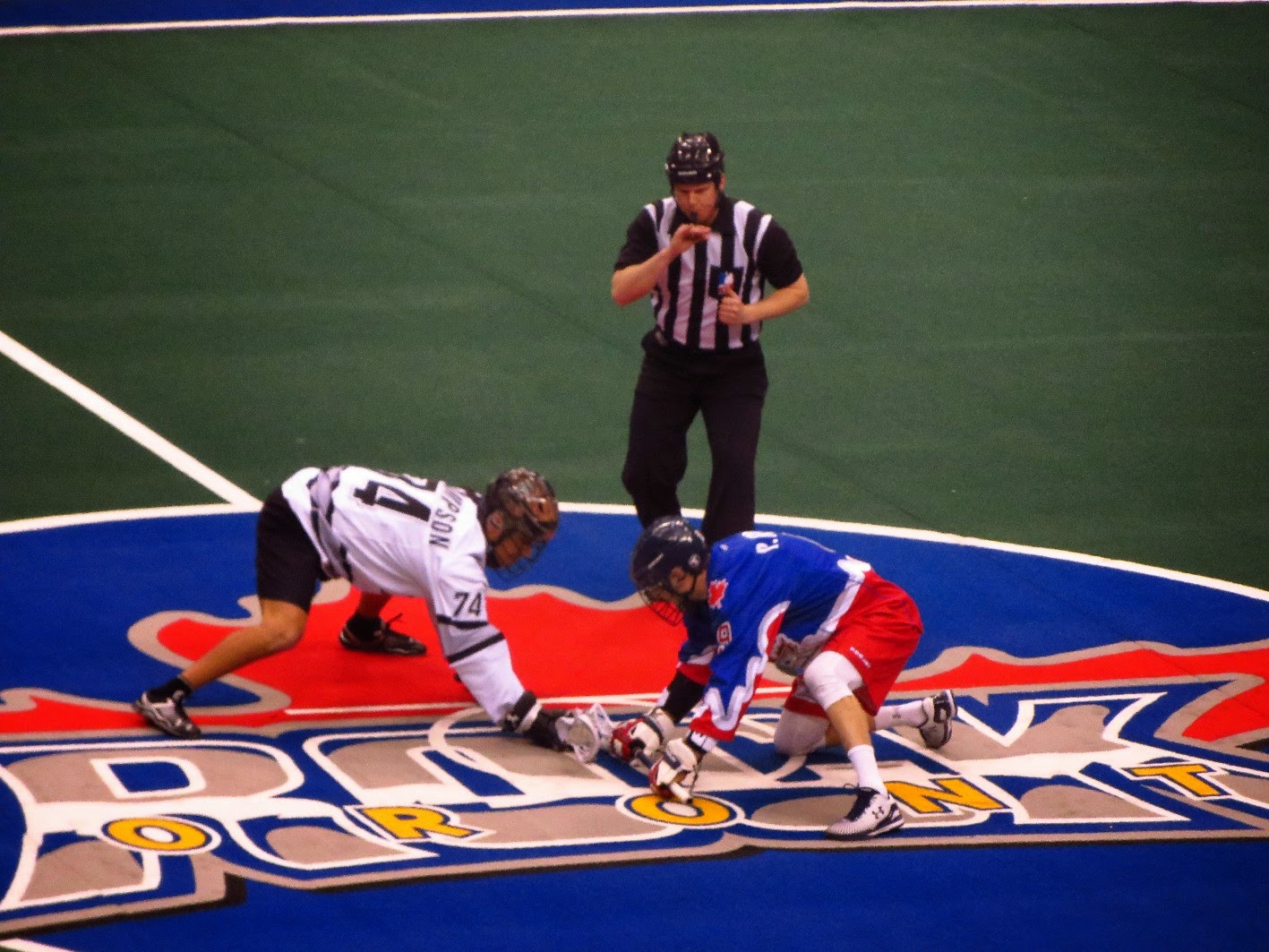 What became a regular event during the night was the Rock scored the first goal of every quarter. The first quarter was a close, low scoring game, and ended with a two all tie. What was suspicious was that the mascot Iggy came out for the player introductions, was not as enthusiastic as usual and then disappeared for the rest of the night. 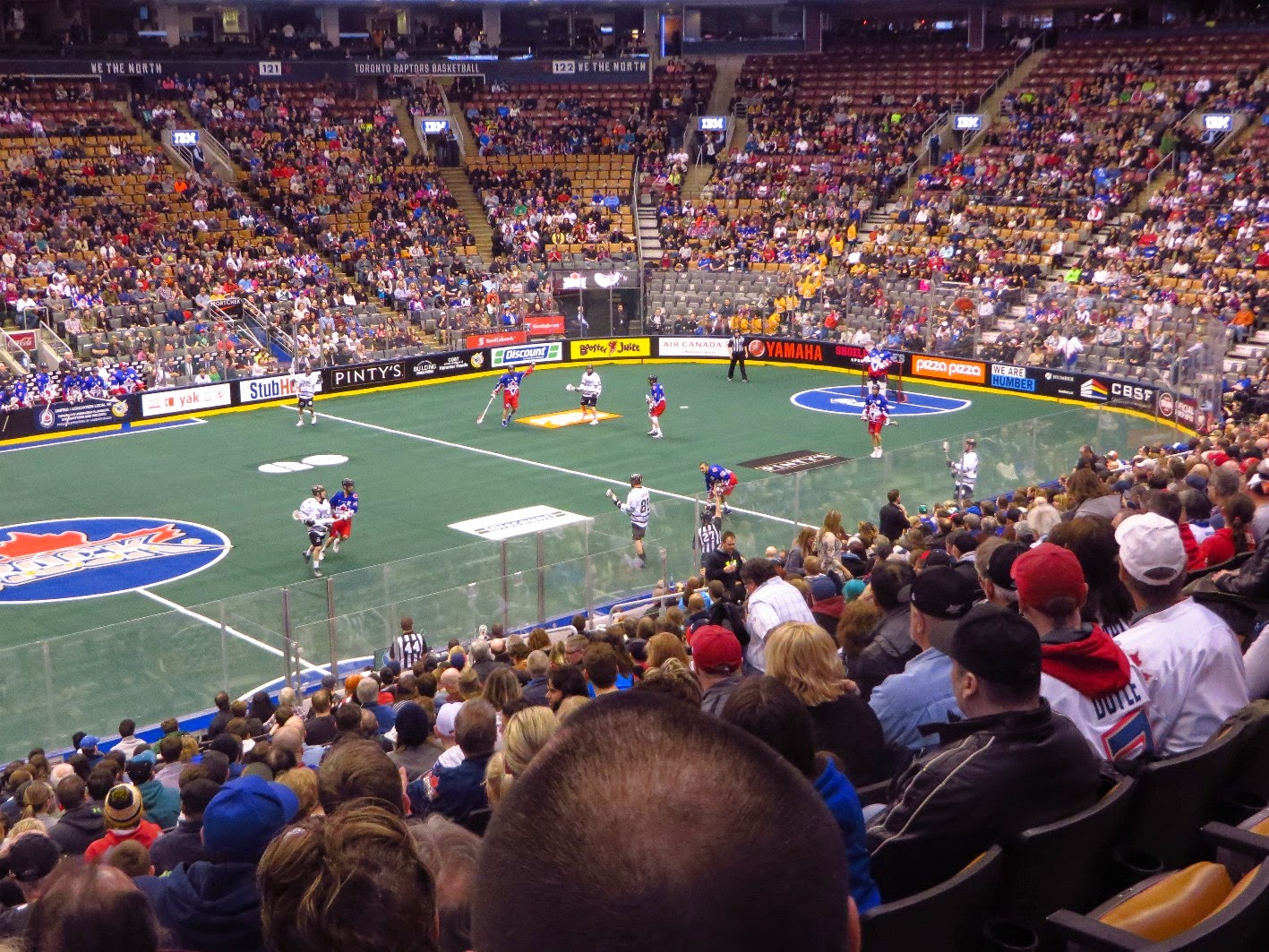 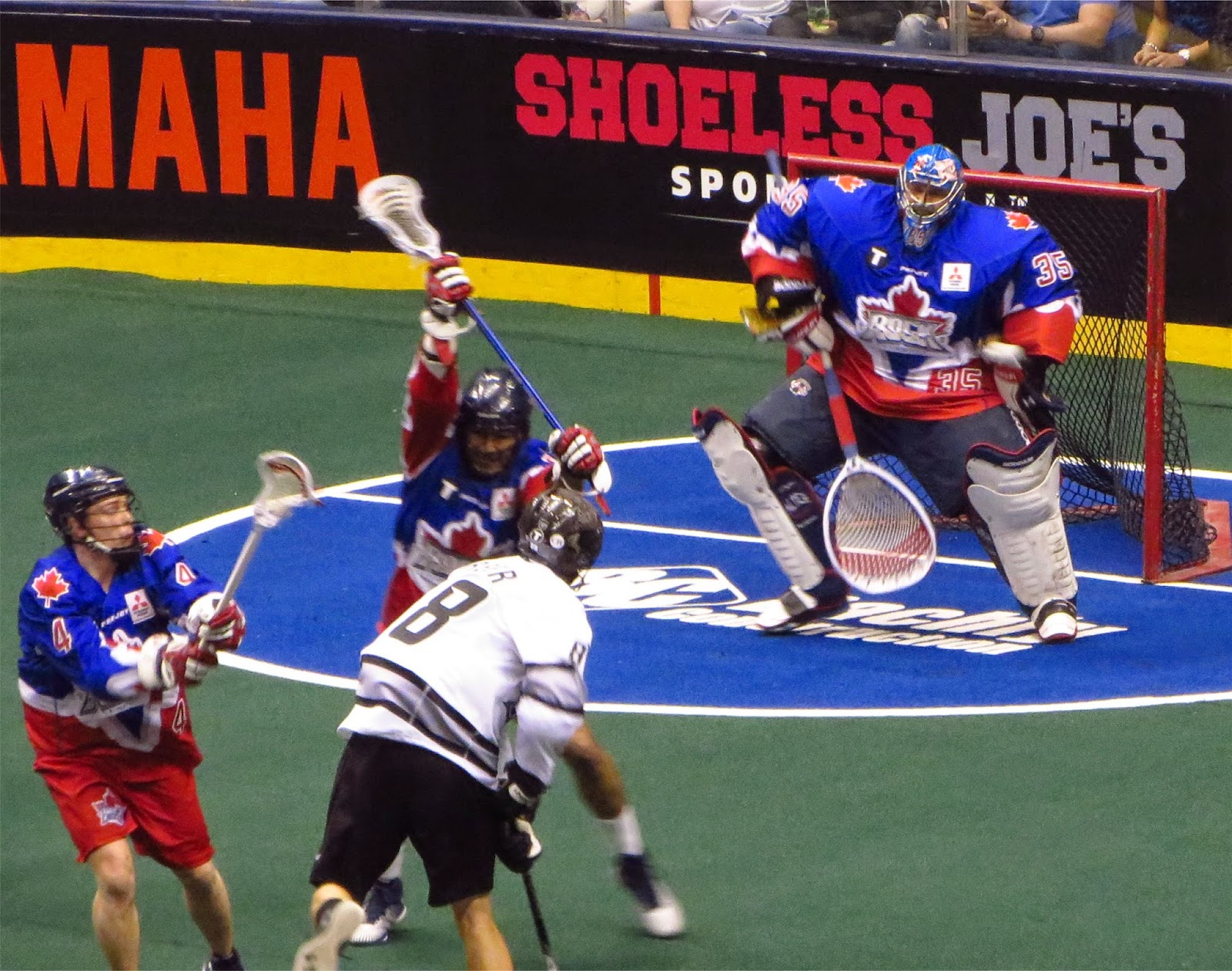 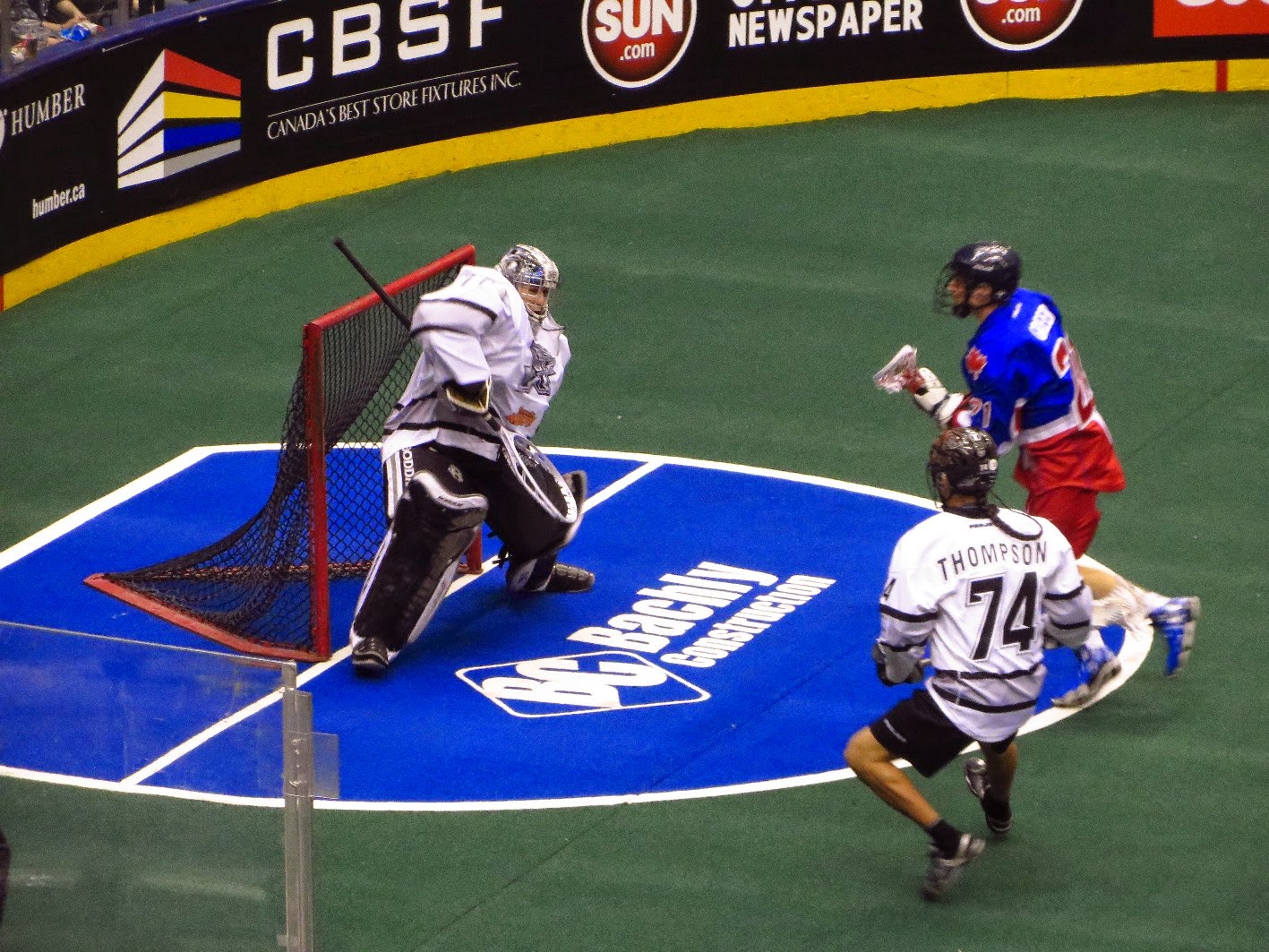 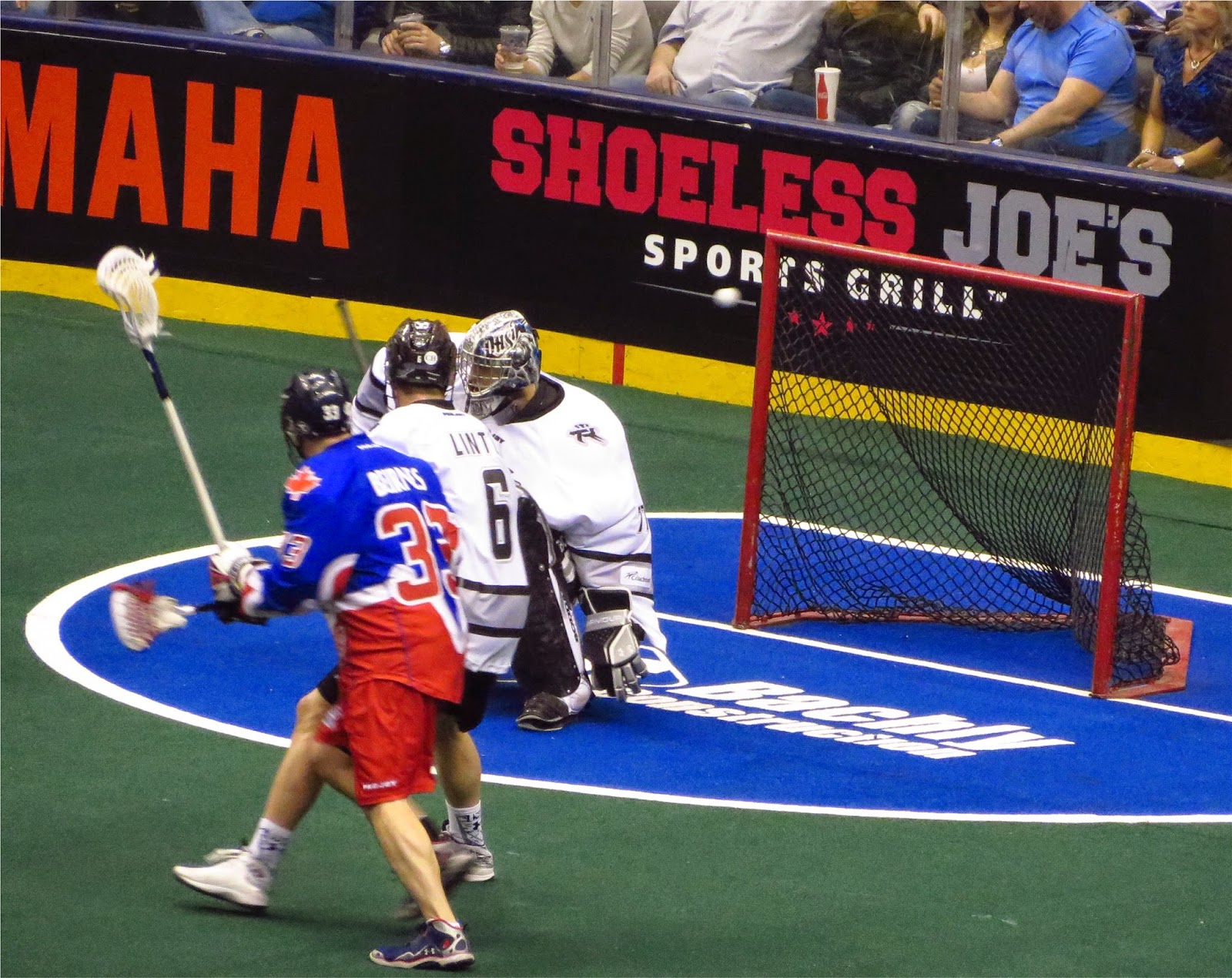 In the second quarter, again the Rock scored first and again it was a low scoring affair with the Rock leading at the half 4-3.

The Toronto Rock Cheerleaders gave a performance during the quarter. 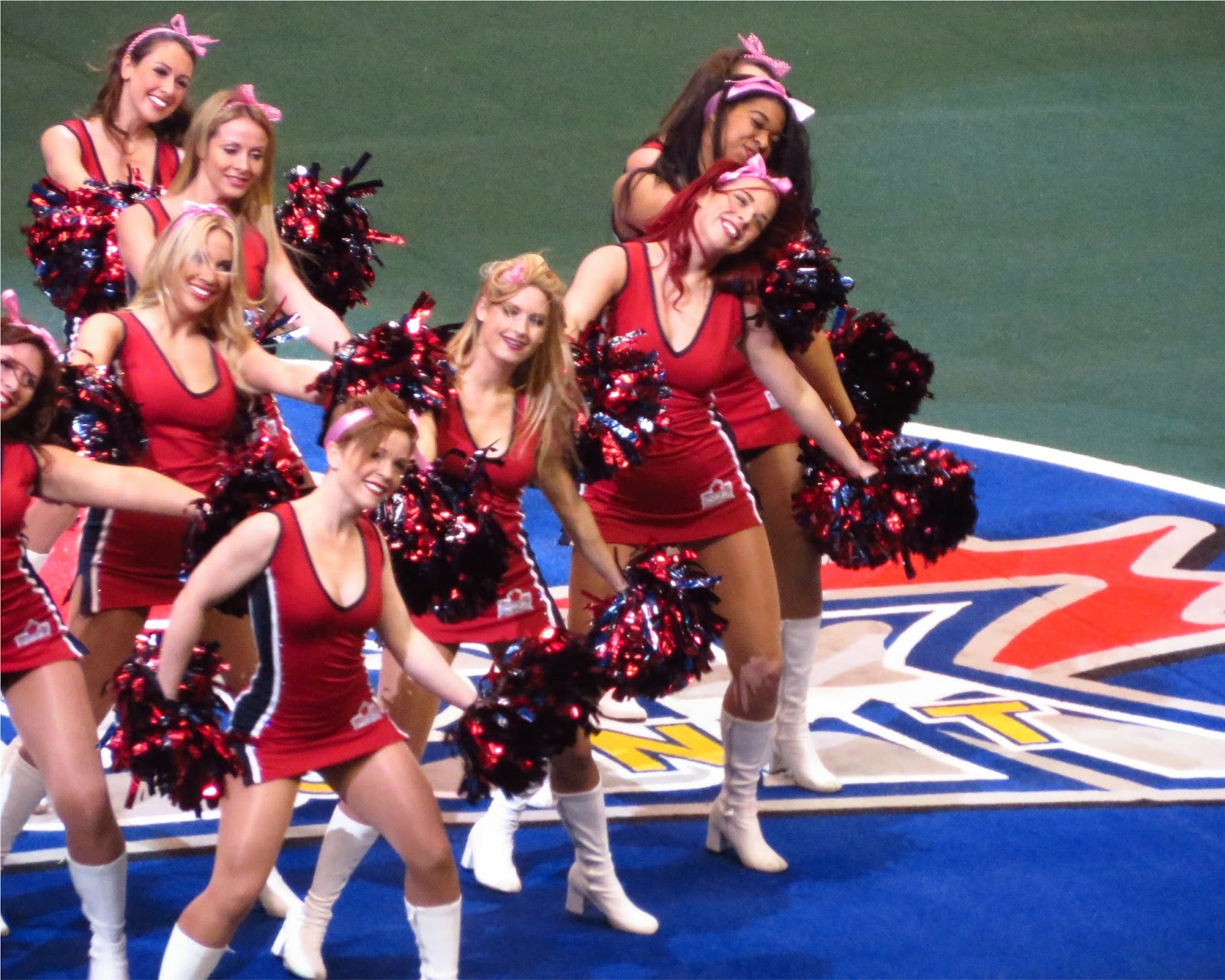 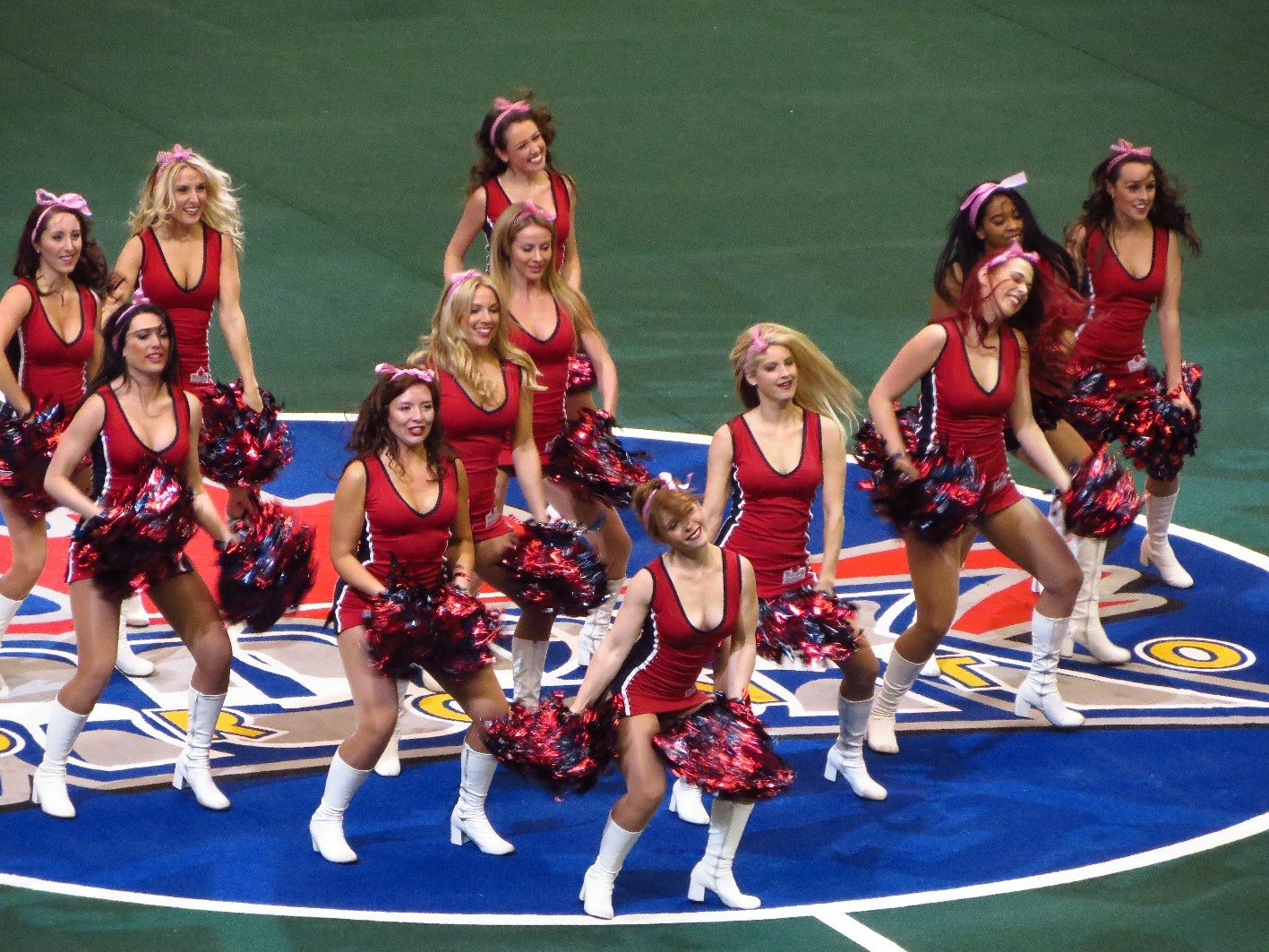 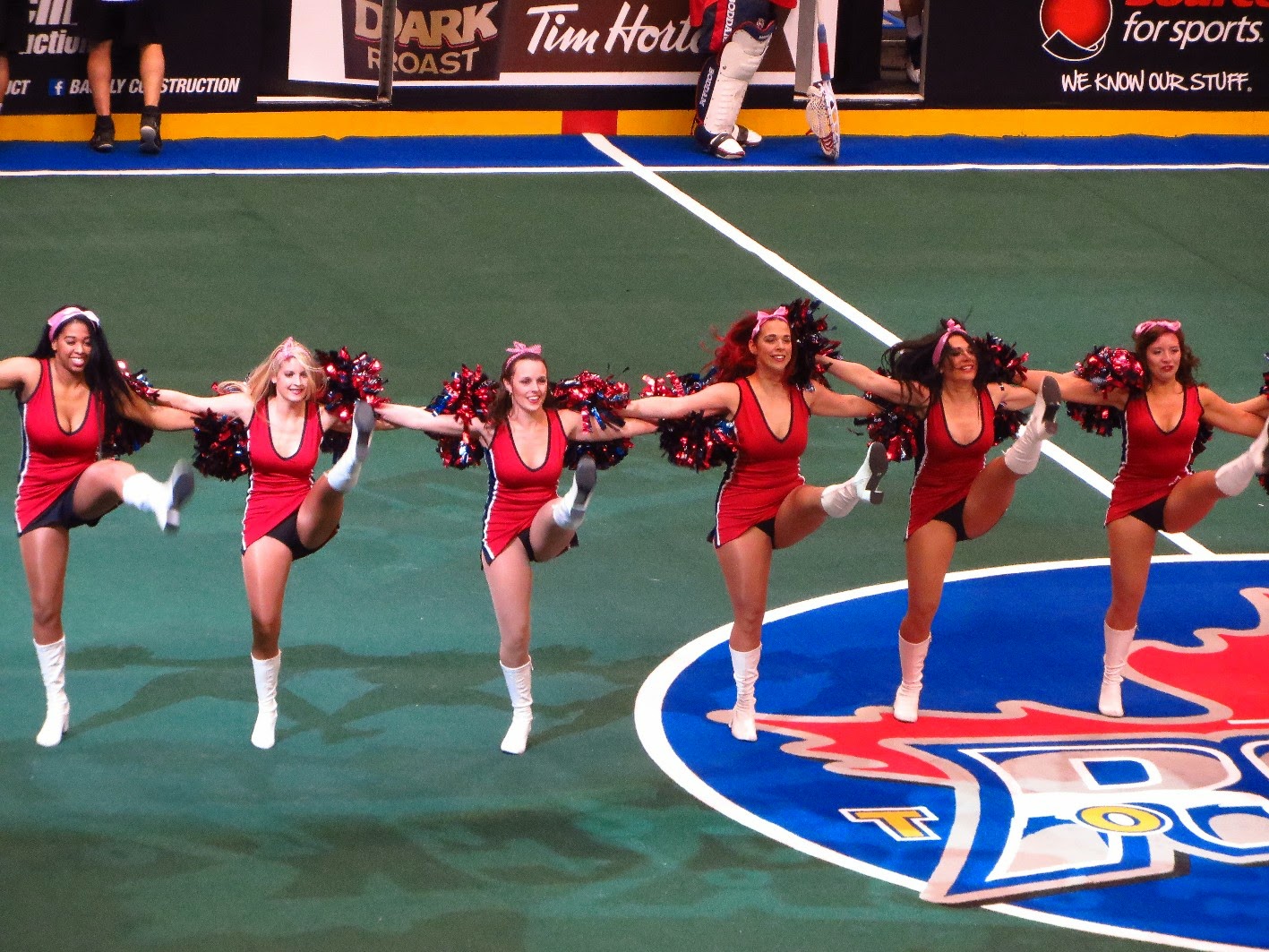 The game was broadcast tonight on TSN. 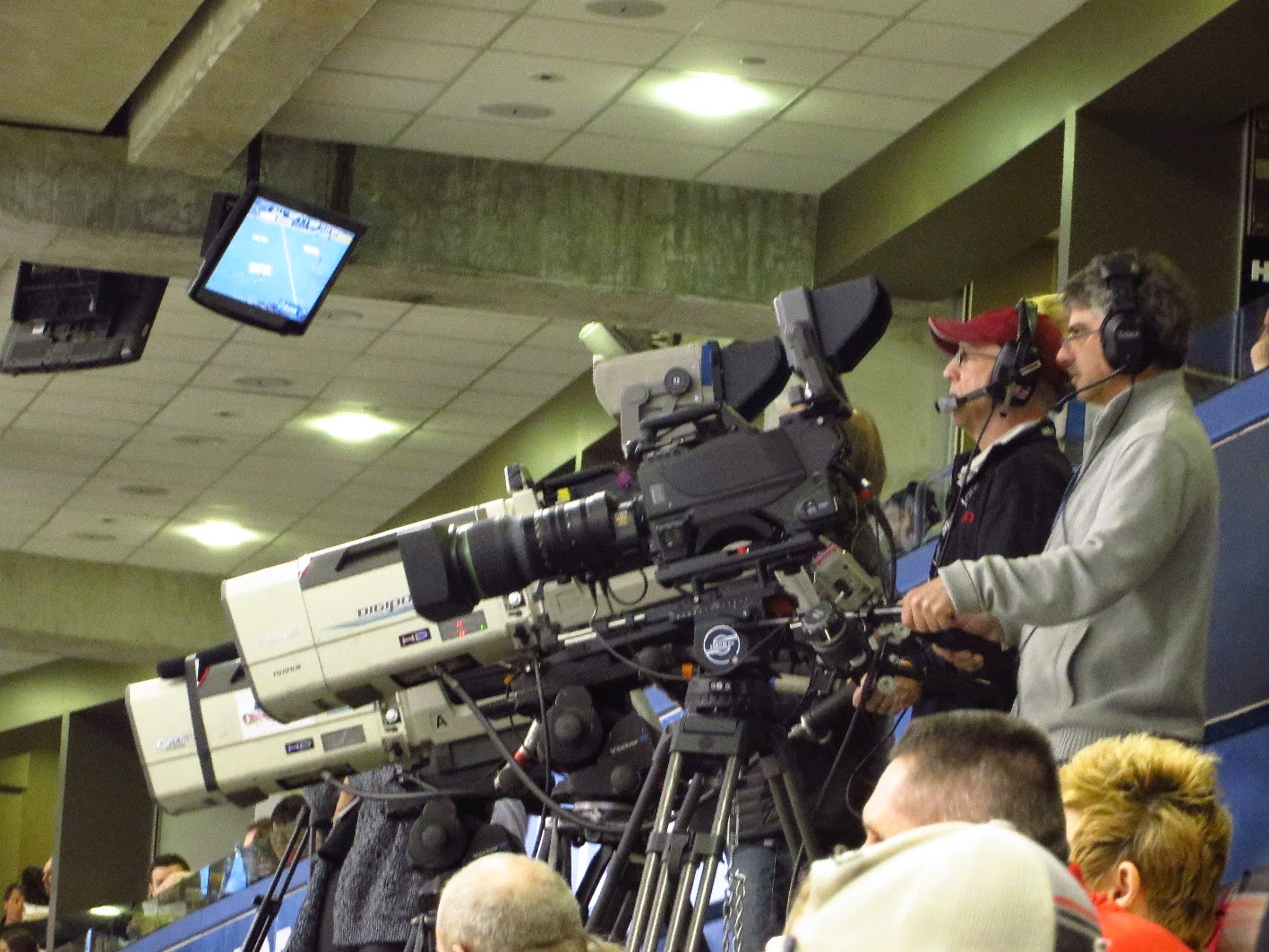 The third quarter started the same with the Rock scoring first. This quarter was higher scoring and it was a back and forth, seesaw battle ending in a seven all tie. 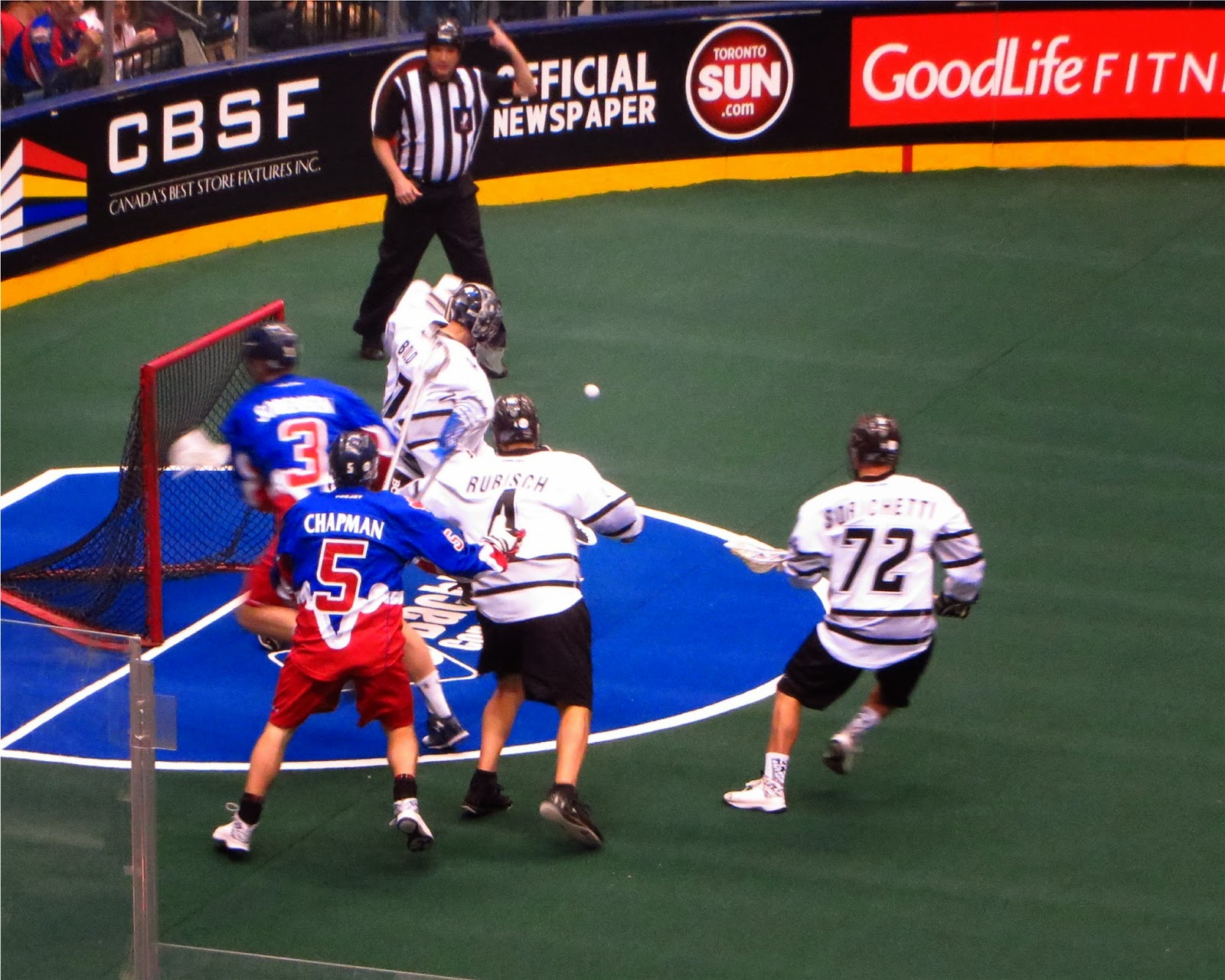 The Rock cheerleaders came on for another cheer. 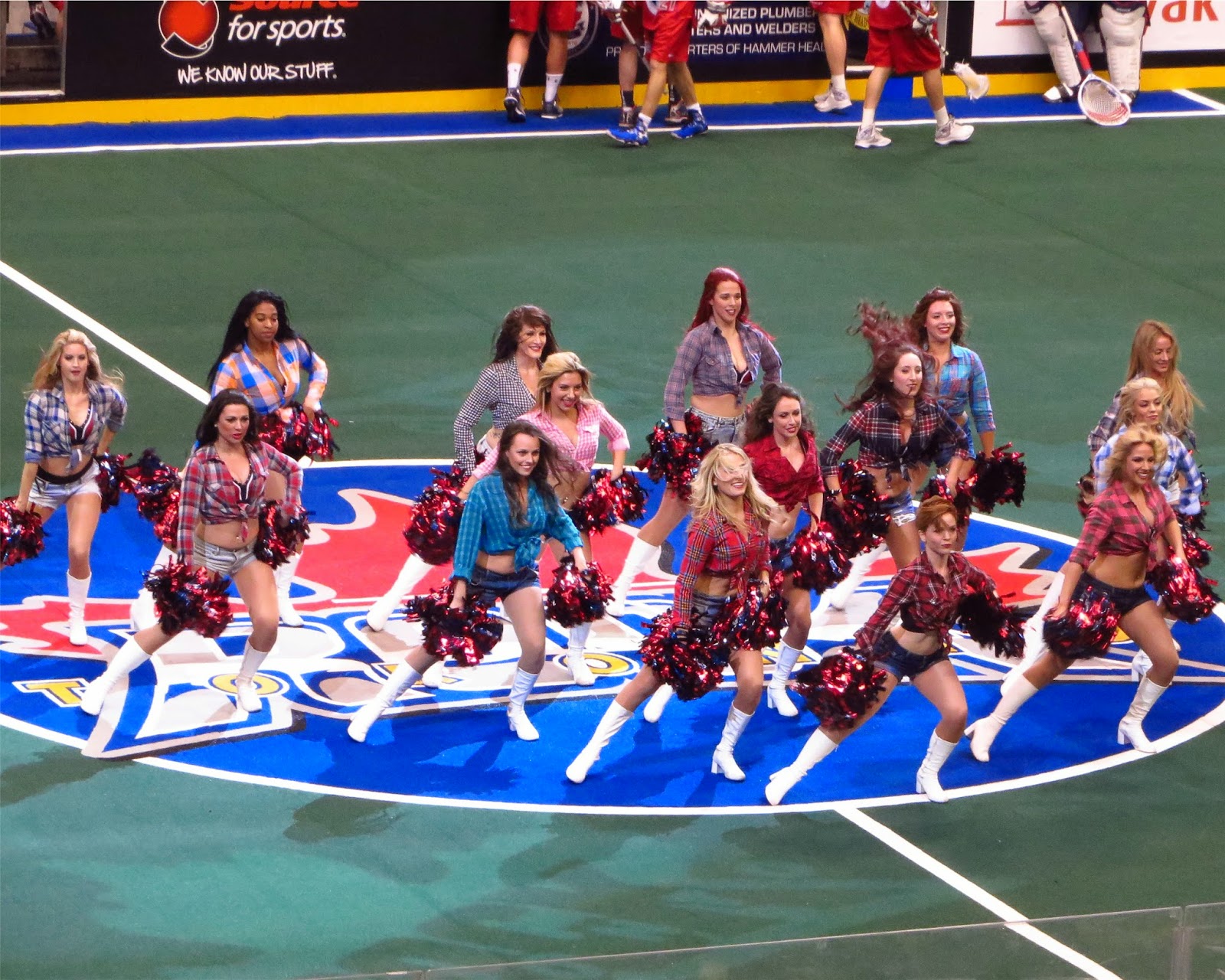 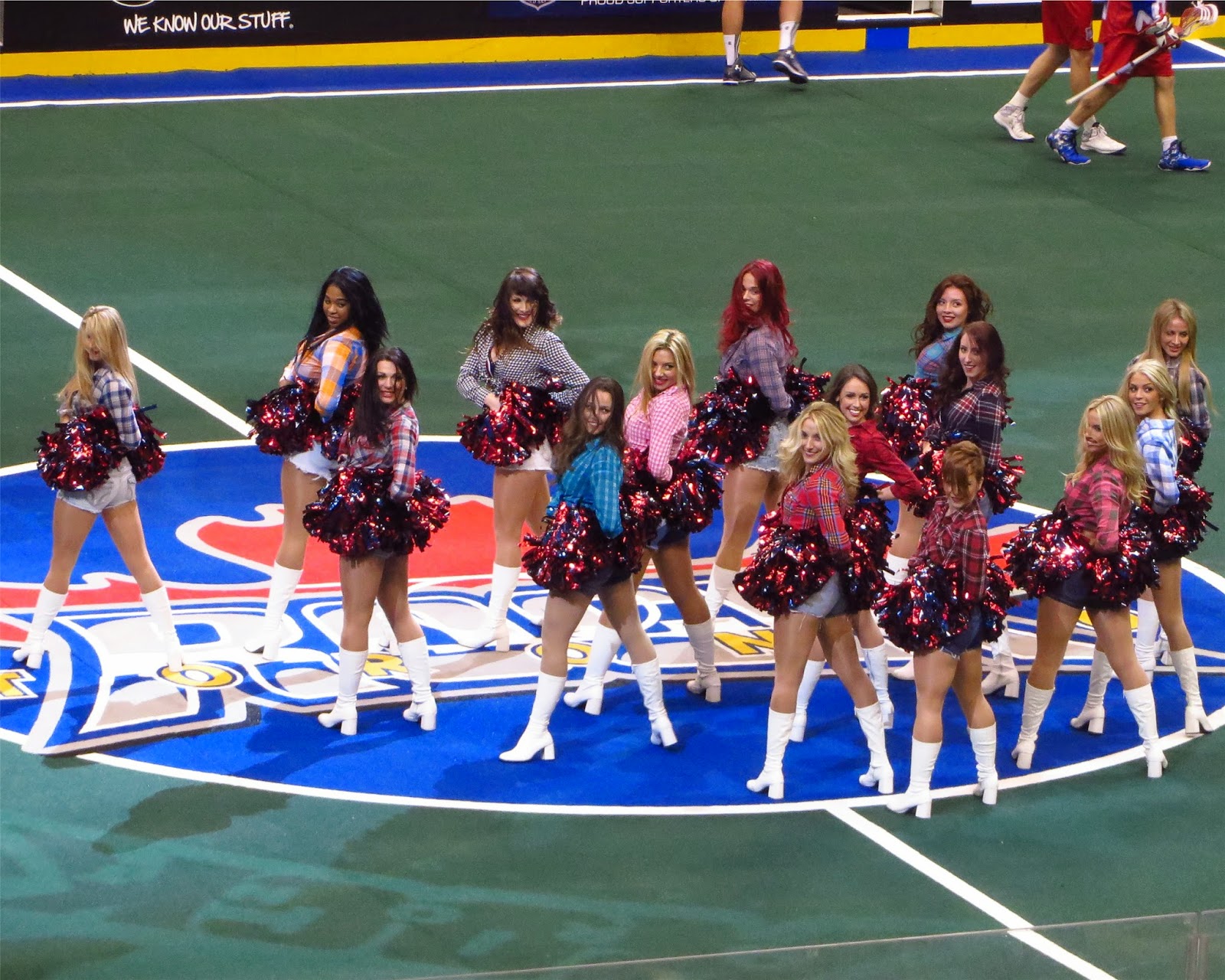 Jillian and Tim kept the cheering going in our section. 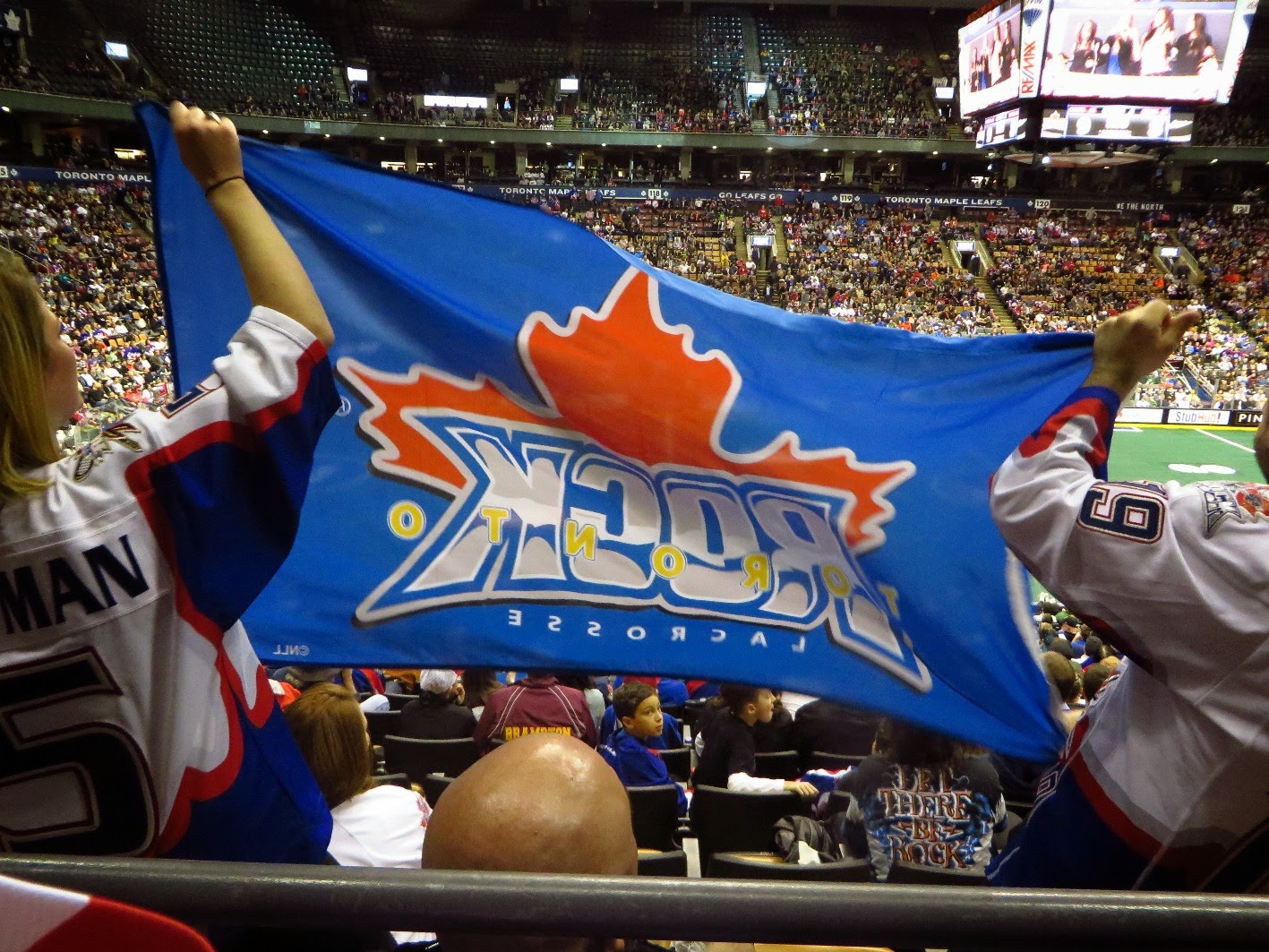 The Rock took a two goal lead in the last quarter, but the Rush fought back to take a 10-9 lead with just two and a half minutes left. The Rock pulled goalie Branden Miller, who played a great game, in the last minute, only to have Edmonton put in the clincher with 15 seconds left. When the buzzer went, the Rock had been handed their first home loss of the season 11-9.

Iggy was not around for the entire game. He may have been sick. may have been injured, but perhaps it's suspicious that he was absent tonight and so was a Rock win ... or maybe we were a little outplayed and didn't get the favorable bounce of the ball.

Even in defeat, the Rock thanked the fans. 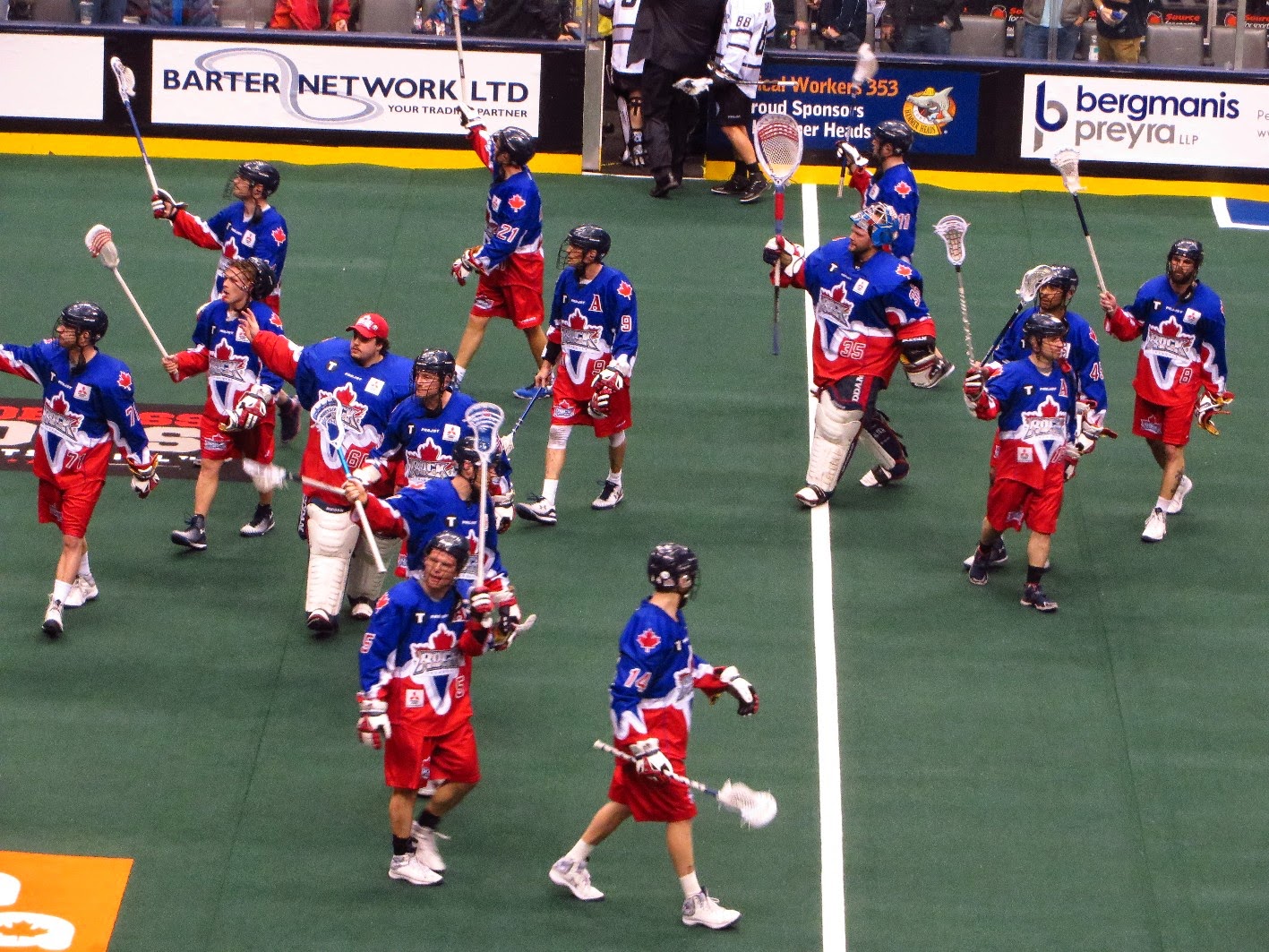 It was bound to happen. A loss at home. Teena and I are looking forward to the Rock starting another home winning streak on April 3rd, when they take on the Rochester Knighthawks.
Posted by Swordsman at 22:00