Launch Night at The Night Market at 99 Sudbury 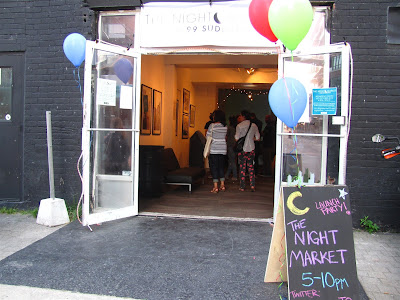 99 Sudbury Street in our neighborhood is having a new market every Wednesday night called the Night Market. Last week was their first night and tonight was the launch, so Teena and I just had to wander over. The market is very eclectic! 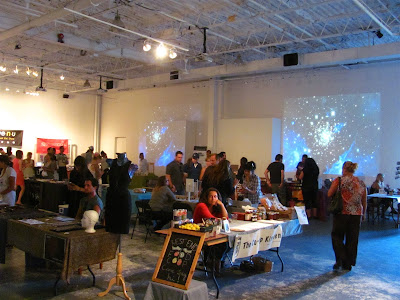 Vendors will include farmers with fresh produce; grocery items from local purveyors like cheeses, breads and meats and locally made products like sauces, pickles, preserves and baked goods. Food vendors, including local restaurants, pop ups, and food trucks will sell freshly made food to eat at the market or to take home. Stay for a drink from one of the local drink vendors including wineries, spirit distilleries and breweries. Retail vendors including artisans will be on hand selling clothing, jewelry, art, crafts, flowers and more. 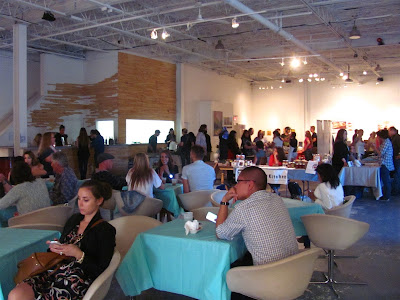 As promised  there was fresh fruit and vegetables from local farmers. 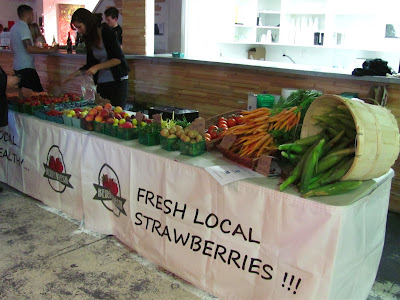 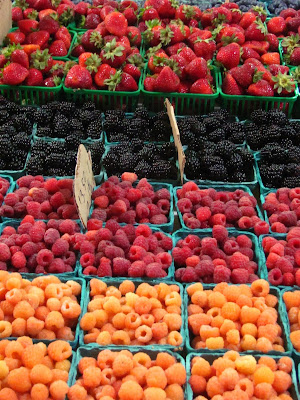 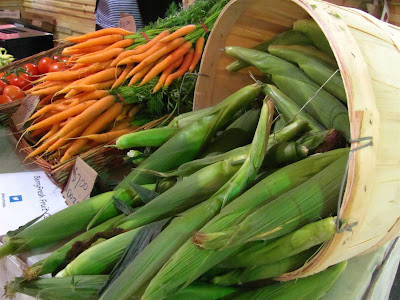 There were a variety of vendors and most gave out free samples! 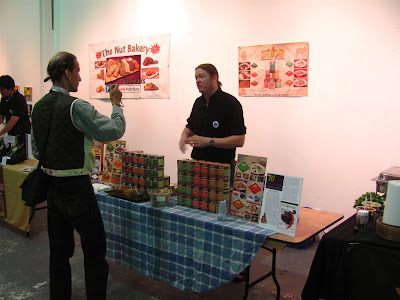 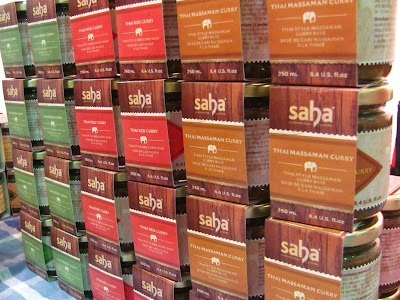 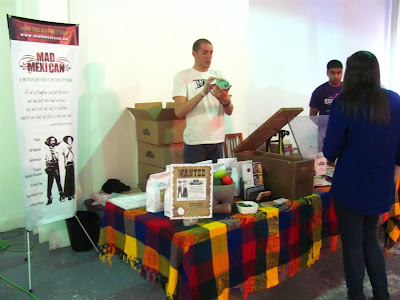 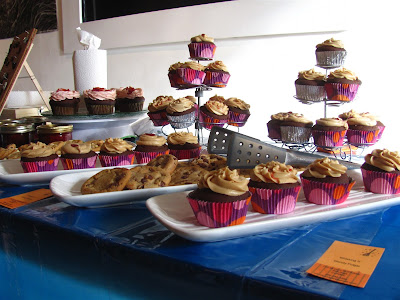 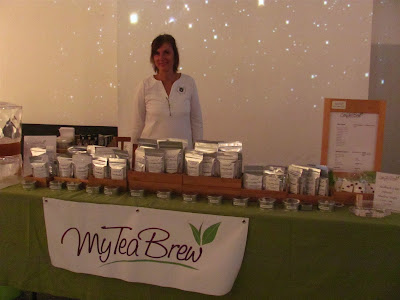 As this is a licensed area, beer and cocktails could be sold. I hit the Beau's All Natural Brewery first and had a half and half. One half featuring Beau's Lug Tread with the other being their Festivale Altbeer and then had a Hogtown Ale from Hogtown Brewers. There was also a cocktail bar. 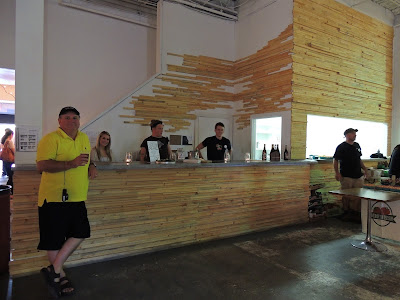 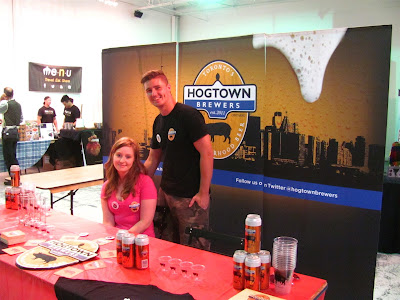 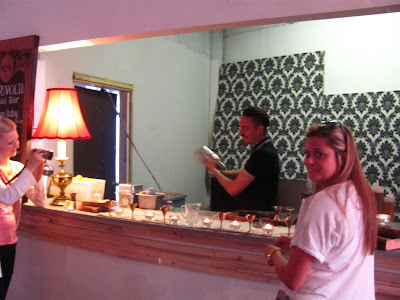 We ate before we went. I wish we didn't. Next week I know what I'm going to have for supper. First I would go for some fish. A cod sandwich and then a stuffed crab. 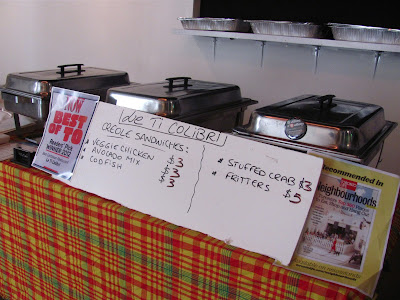 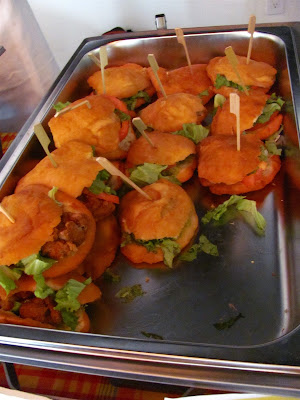 Then I would come over to M.E.N.U. and have ... it's so hard to choose but two meatballs of something here! 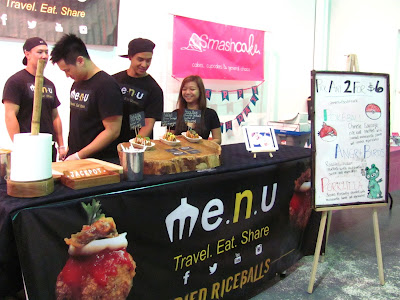 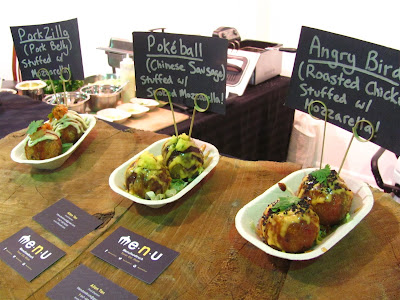 There also was soft jazz and an artist creating on the spot. I don't know if either or both were just for the launch but it really added to the atmosphere and is a feature I hope they keep. 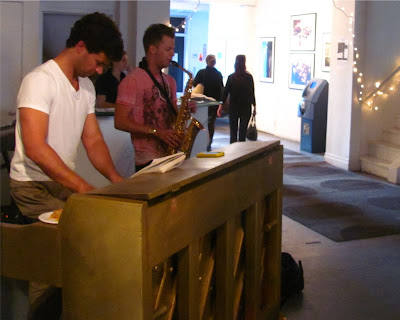 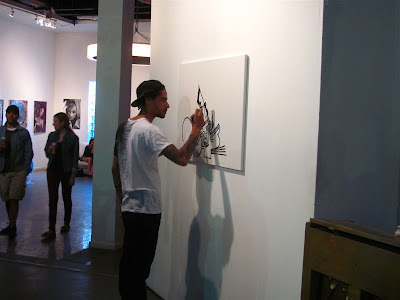 I think this is a very cool concept. I'm glad it's in our neighborhood and I hope they keep the standards they set tonight so Teena and I can keep coming back!
Posted by Swordsman at 20:00