Beer of the Week - The Beers of Big Rock Brewery, Liberty Commons 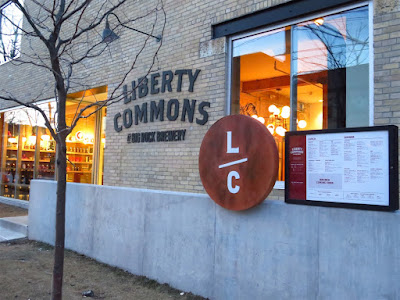 This evening Teena and I had supper at a new brewpub that just opened this week in Liberty Village, Liberty Commons at Big Rock Brewery. One of my favorite features of the pub is how close it is to where we live, which is about a ten minute walk.

I love the tile floor at the entrance. 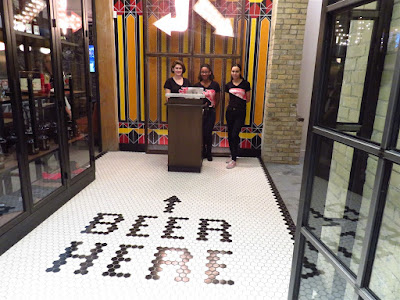 The tap room where samples and pints can be had, plus there is beer to go. 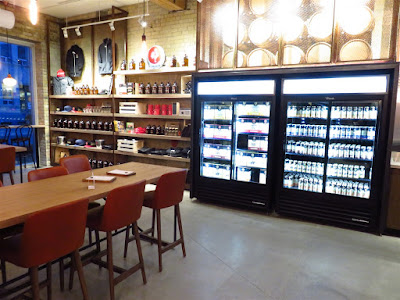 The tap room taps. I stopped in last night to pick up some beer for home and my server in the picture below was very helpful and knowledgeable. 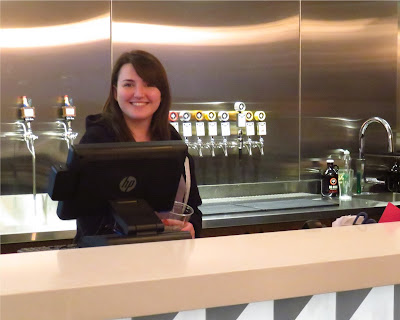 The pub is downstairs and is quite comfortable. 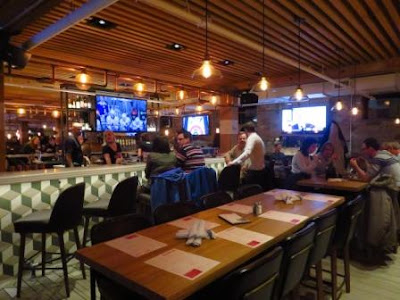 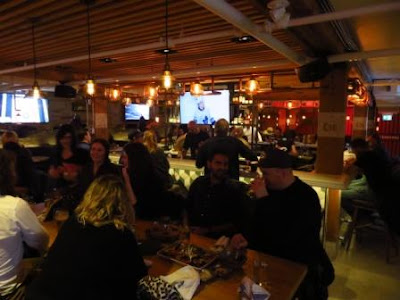 Their main beers are brewed out of their Etobicoke brewery but they always serve two which are brewed on site. Both were my two favorites of the night. The first was a stout which was creamy and smooth. There was hardly any bitterness to it which for me is fine for a stout. Chocolate and a bit of coffee came through. 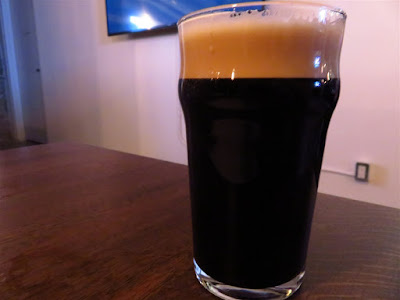 Stupid me! I forgot to take a picture of the other brewed there which was an IPA. It was delicious, with a nice citrus bitterness to it. I hope it stays on tap as I would get it each time I'm there.

I love Scotch Eggs and very few places offer them but Big Rock has them on their menu. The yolk was perfectly done and it was delicious. 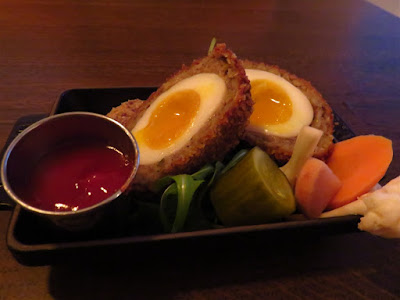 I had the beef brisket. It was so good, full of flavour and extremely tender. Yes, I would get it again. The potato salad was delicious too as was the cheese roll. I found the coleslaw rather flavourless. 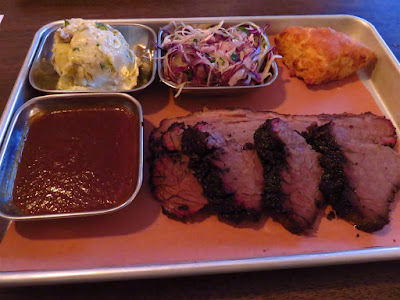 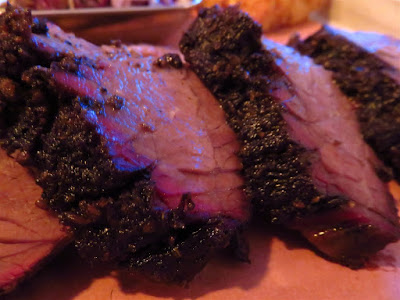 Teena had the Jerked chicken. She enjoyed it and said she would get it again. 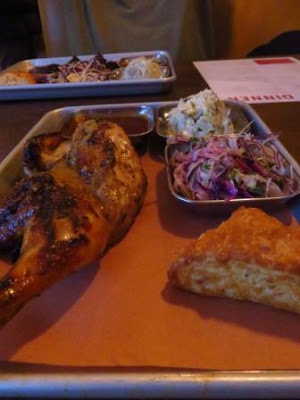 For dessert, we shared a rice pudding. It was quite different from what I expected. It contains wild and round rice, spent grains, mango, chocolate and pine nuts. The top was torched like a brulee, which gave it some bitterness. It was very different but very good. At first I didn't know whether I liked it or not but was disappointed once the tray was empty. I would get this again. 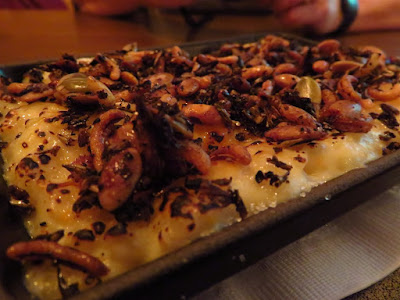 The brewery is on the way to the bathrooms. Conner was the brewmaster on duty and Teena had a chance to go in and talk to him. 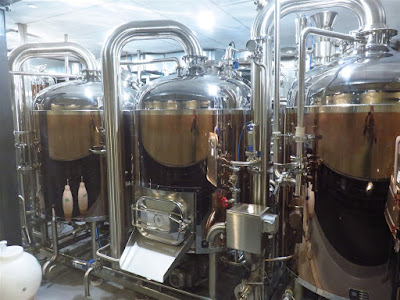 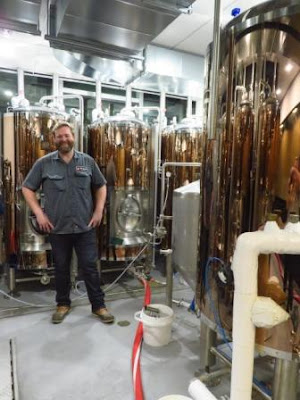 Sarah was our server and did a great job looking after us. 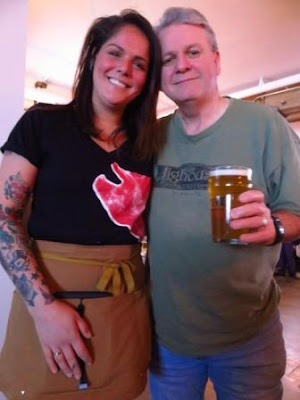 This is a place that Teena and I will be coming back to. It's close enough to home that I will be stopping in here and there on a Friday night after work to unwind, have a pint and read.

Labels: Beer of the week, Brewpubs