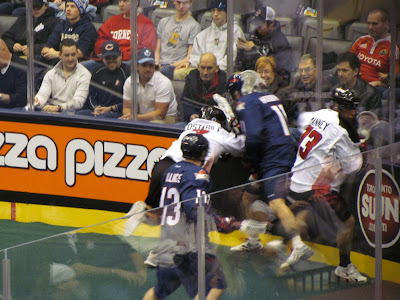 Tonight was the home opener for the Toronto Rock and yes, Teena and I were there.

Toronto was on a western road trip last weekend and won both games against Calgary and Edmonton and were opening up tonight undefeated. The Philadelphia Wings, known for their defence, had won their first game of the season 13-8 over the Buffalo Bandits. One team would leave the ACC tonight undefeated.

Here are a couple of pictures of the opening ceremonies and face-off. 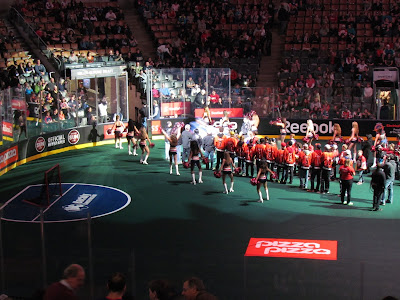 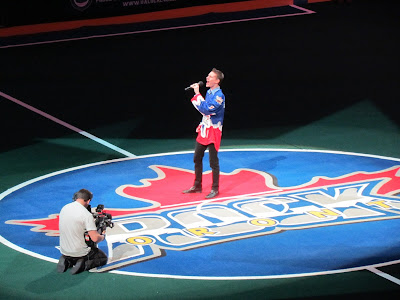 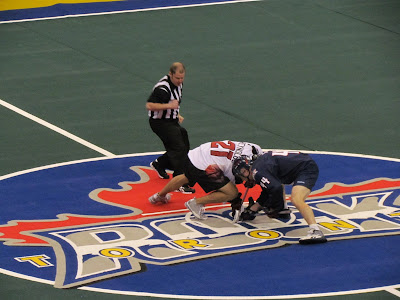 The Rock took a 2-0 lead into the second period. Look in the back of the net. This is the Rock's second goal. 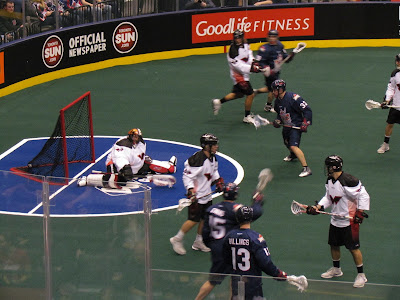 OK, this part is about taking sport pictures. I started by using the "P" setting on my camera. Too blurry, so I said to heck with it and went to AUTO. Again blurry. Then I started playing with the shutter speed. 1/50 worked the best. By chance I took similar pictures on each setting. The first is AUTO and the second is 1/50. A little darker but better ... at least, I think. Oh and both were saves by Rock goalie Rose. When he makes a save, the crowd yells ROSE-EE! 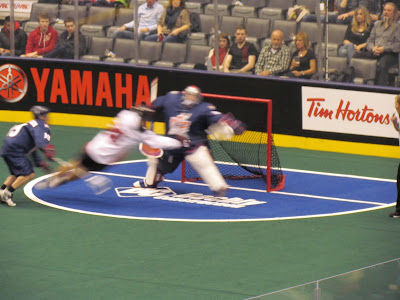 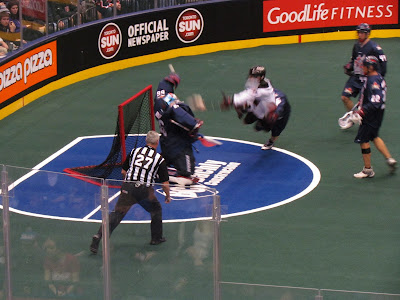 The crowd was great and loud all game long. These kids took off their shirts and danced after every Rock goal! 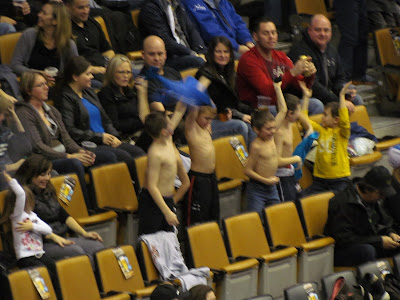 Look at this concoction. Ice cream on French fries with chocolate swirls. Not for me! 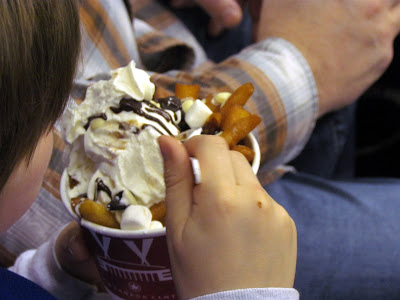 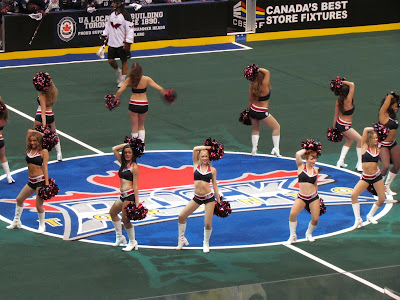 We noticed this fan last year. The Rock always jog by and wave hello to her. I didn't take the best shot of her, though. She is well-loved by the players and the other regulars in her section! 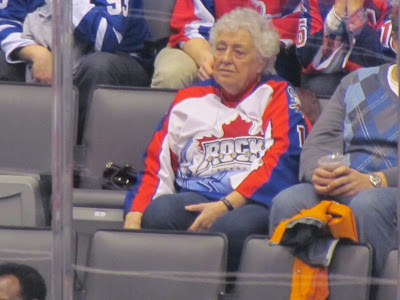 Toronto Rock Goalie Nick Rose was great. He stopped 51 shots tonight. National Lacrosse League goalis are huge. Look at how much of the net he takes up! 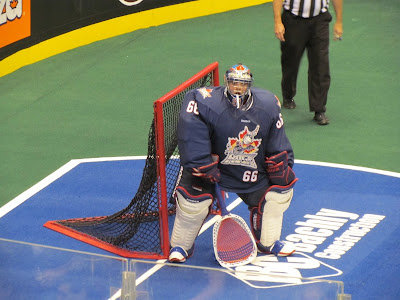 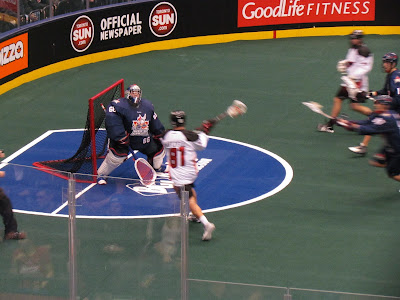 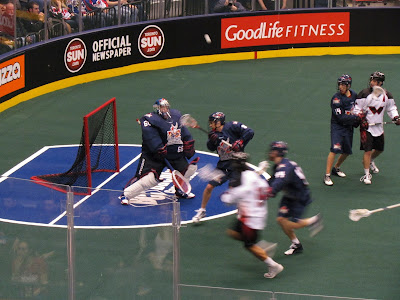 That put a bit of a damper on the night. I still bought a new replica jersey on the way out and, yes, Teena and I will be there again next Friday night to watch the Rock take on the Minnesota Swarm! 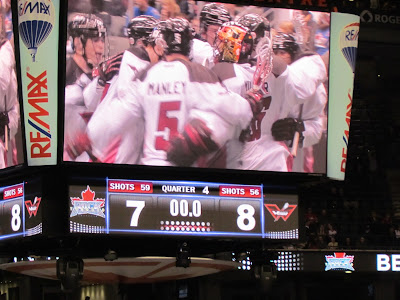