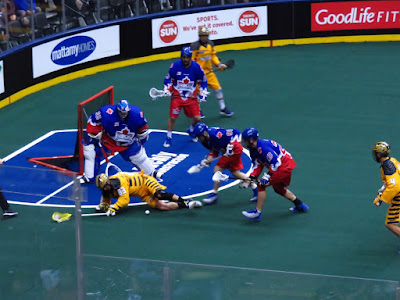 Last week the Toronto Rock played brilliantly in their sudden death playoff  game against New England. That brought them to a best of two game against the Georgia Swarm whom they have not beaten yet this year. 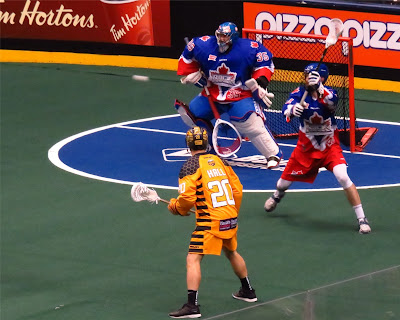 The Rock played at home this week and in Georgia next week. If the series is tied, they play a 10 minute mini-game to decide the series winner.

Tonight, it was a very defensive game with the Rock being up 1-0 at the end of the first quarter. I have never seen only one goal scored in the opening period before. 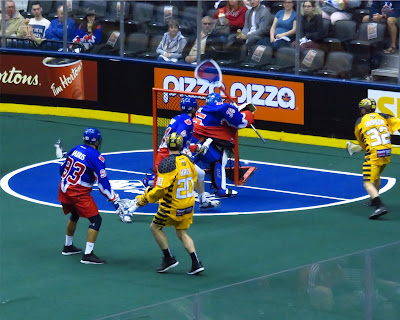 Iggy was entertaining the fans as usual. 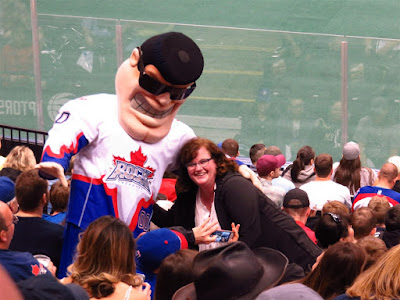 He came up an paid us a visit too. Here he is with Gillian and Tim, who sit in front of us. 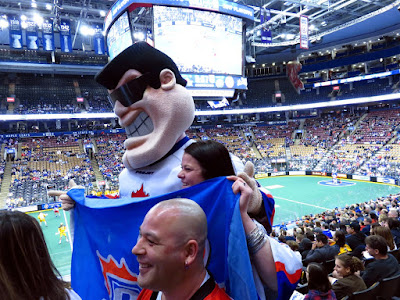 Brandon Miller was sensational in goal for the Rock. 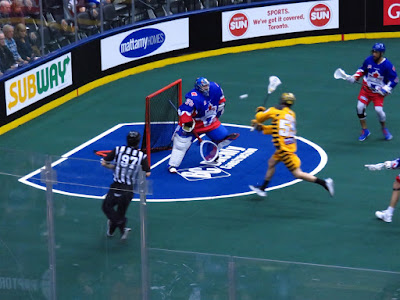 The call the play contest. A Rock goal is shown with the announcers call along with it and two fans compete to see who calls the play better. The woman with the mike calling the play here won. 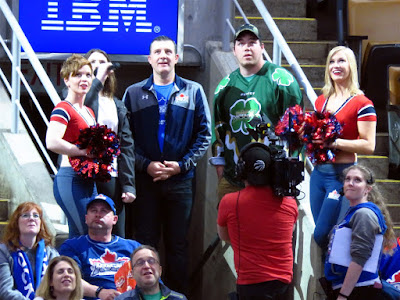 Another chance for the Rock who led at the end of the half, 4-2. 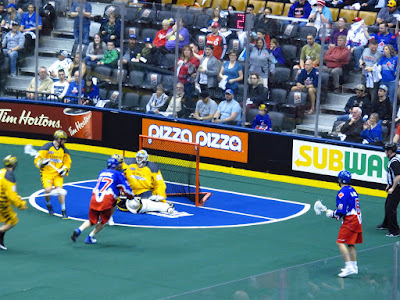 Iggy came out at halftime to dance with the Toronto Rock Cheerleaders. 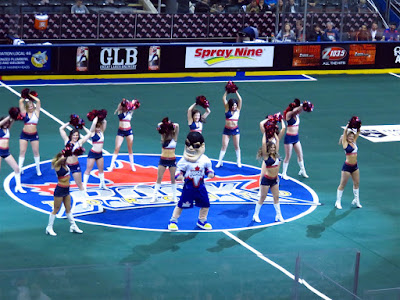 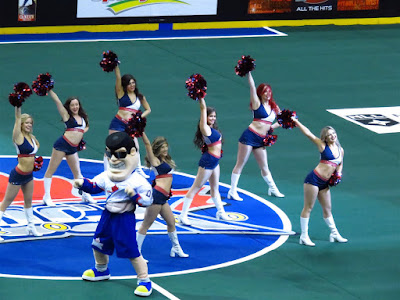 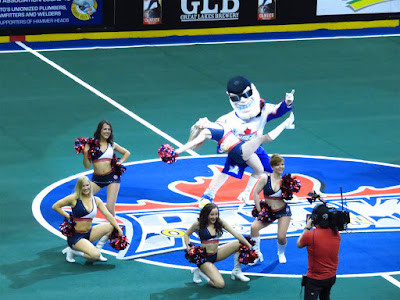 Teena and I at the half, smiling as we were ahead. 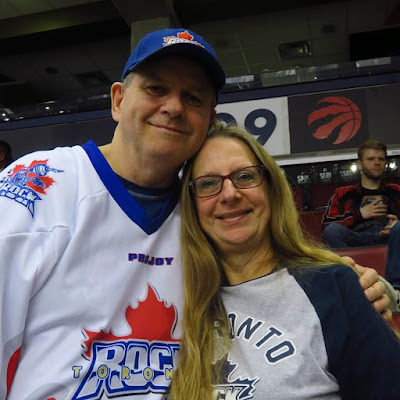 More action. Things started to come apart for the Rock in the third quarter where they were outplayed, outhit and behind 6-5 when it was over. 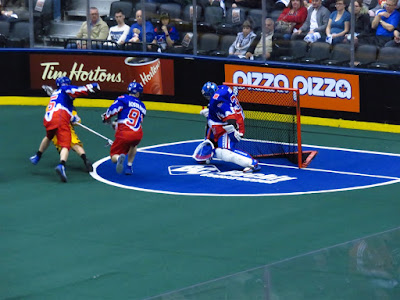 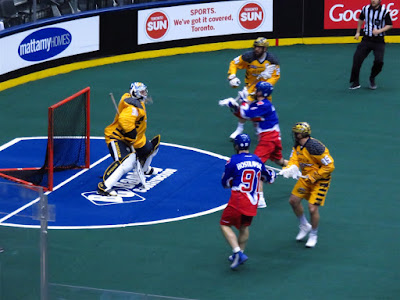 The Rock Cheerleaders did their best to rev up the team and the crowd. 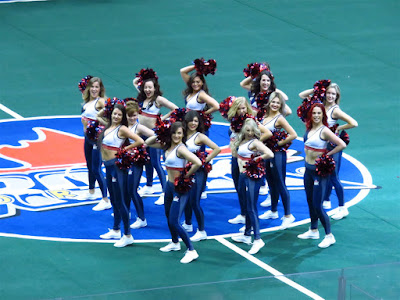 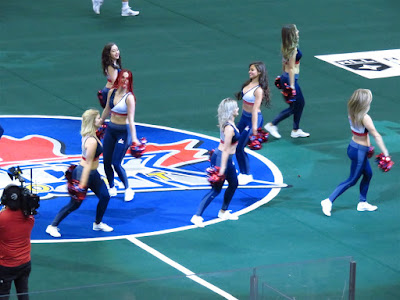 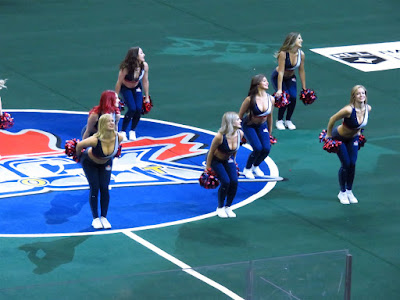 No, once again we did not win this. 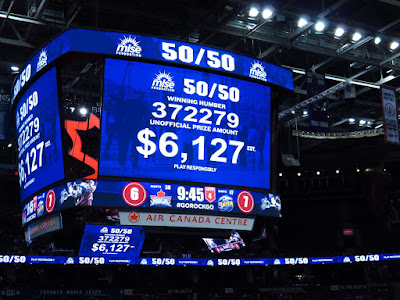 In the end the Rock lost 11-8 but showed they were going to fight all the way, setting the stage for next weekends game(s) in Georgia 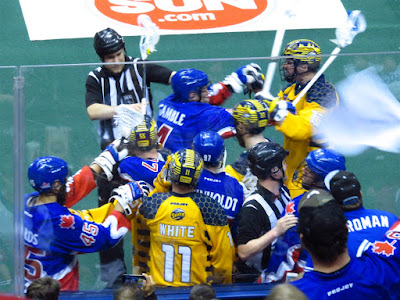 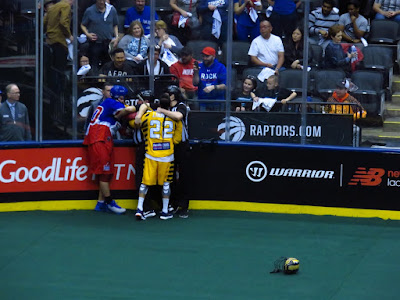 The Rock are a very young and scrappy team. I wouldn't doubt that they can come home with the series win but would feel much better if they had left Toronto leading by a game, instead of behind by one. 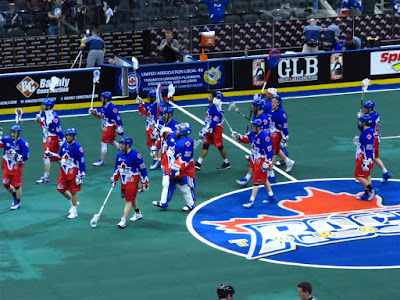