A Gord's Eye View of Toronto - The Heritage Building 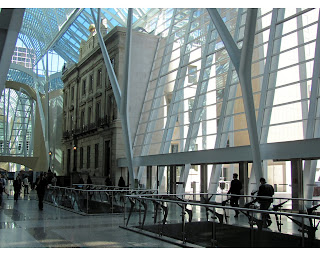 The first time I saw the Heritage Building, I thought it was a great idea.

Instead of tearing down a classic old building, incorporate it into a new structure. Then I was disappointed to learn that, in fact, this building was located on Wellington Street, disassembled and moved to be part of what was then BCE Place. After some consideration, I felt that this was OK ... preserving our past in some way instead of just tearing it down.

Now the building gets noticed more than it would be if it still sat in it's original location.

Formally know as the Clarkson Gordon Building, the Heritage Building has been home to prominent companies that have helped shape Canada's business landscape. Tenancies have included: Commerce Bank of Midland District; Merchant Bank; Clarkson, Gordon and Dilworth; Canadian Chamber of Commerce; and the Royal Bank of Canada. 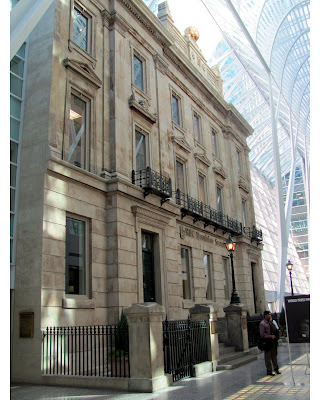 Nice pix :) I didn't know they had moved the building ... I thought that's where it always was.