An Afternoon Walk Around the Barrie Lakeshore 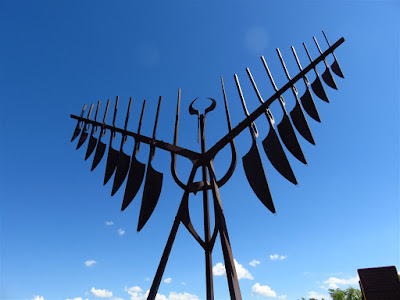 Today, Teena and I explored the Barrie waterfront.

The first thing that catches you eye when you get close to the shore is the Spirit Catcher, built for the 1886 Vancouver Expo, then bought and donated to the Helen McCrea Peacock Foundation. The Foundation then donated it to the "Barrie Gallery Project" and was dedicated on September 12, 1987. The Spirit Catcher is made of Corten steel, a steel that does not flake when it rusts, but instead retains its structural integrity. The artist has deliberately rusted the metal for aesthetic reasons. The sculpture measures 70 by 65 feet (21 metres high) and has 16 kinetic quills, 2 wings, 3 legs and a pair of kinetic antennae.

We were hungry so went to Dunlop Street for a slice of pizza, then over to Flying Monkeys for a craft beer on their newly built patio. 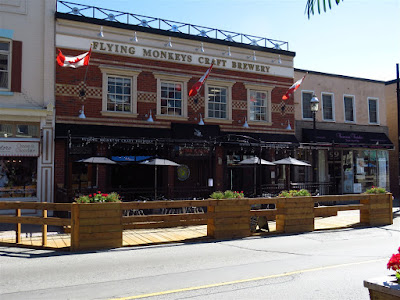 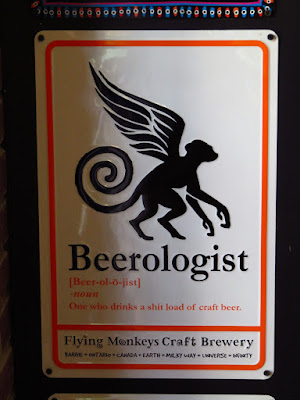 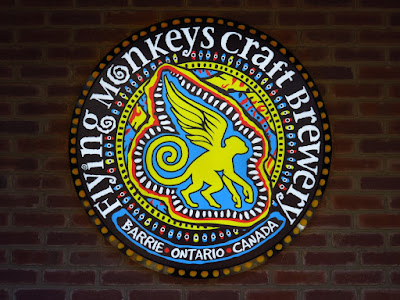 I had The Basilisk Orange Saison which was wonderfully tart and tasty. 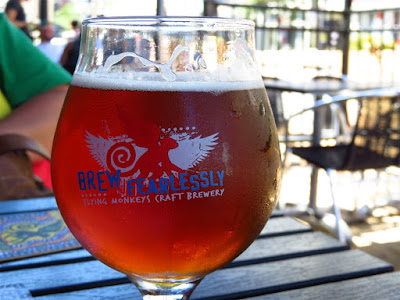 Then it was off to the shores of Lake Simcoe. 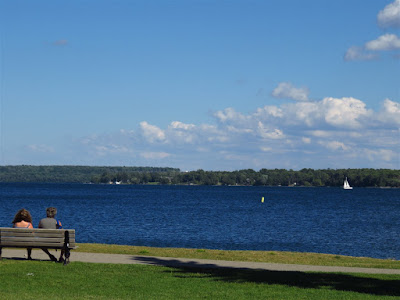 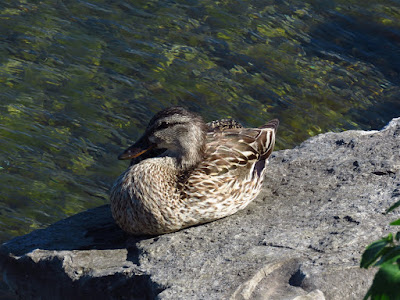 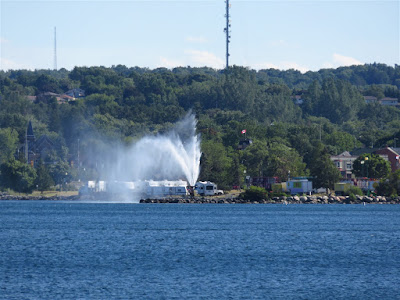 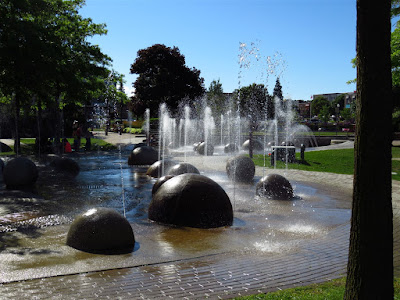 Is spotting three duck bums in the air good luck? 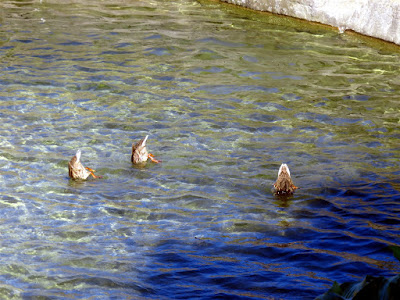 At 5:20pm, the gaggle of geese decided to all march down to the water for a swim. Five minutes later, they all decided it was time to get back on dry land again. It was weird. 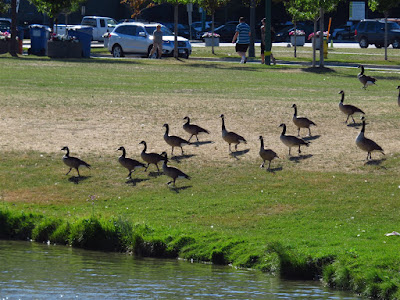 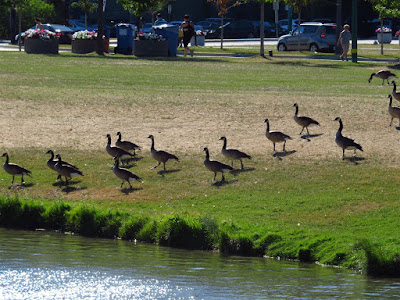 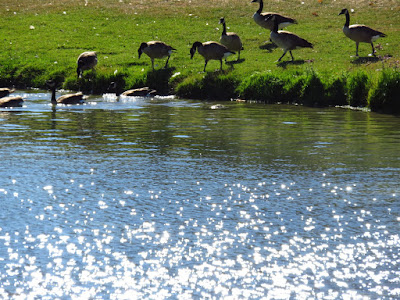 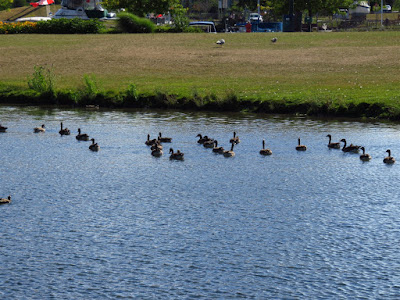 A nice gazebo and pond. 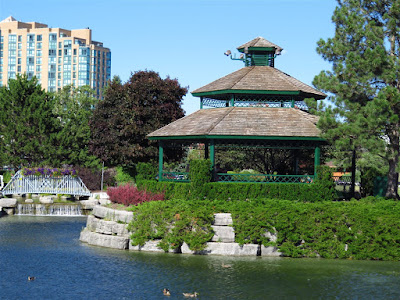 This fellow thought we might have food for him. 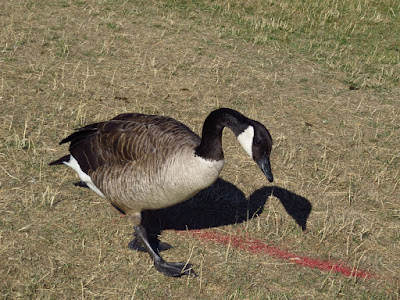 So did these ducks. 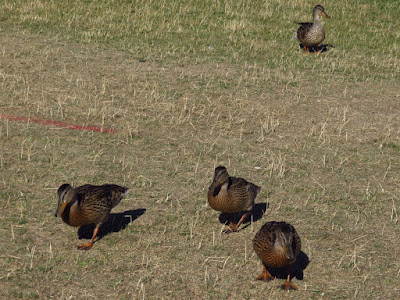 Ways to spend time at the lake after work. 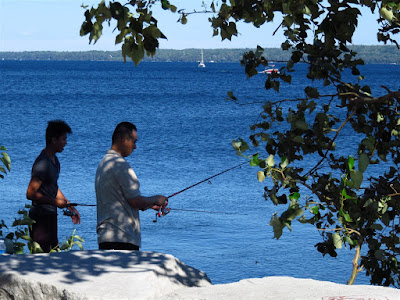 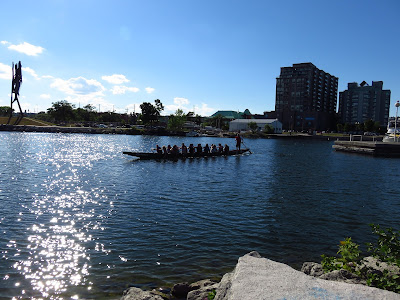 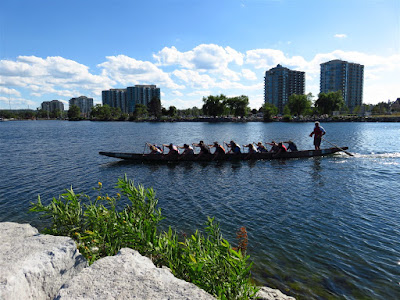 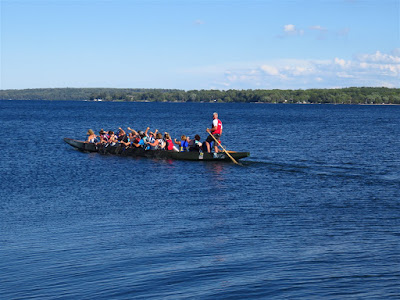 The town's cenotaph honouring those from Barrie and surrounding area who fell during the first two world wars and Korea. 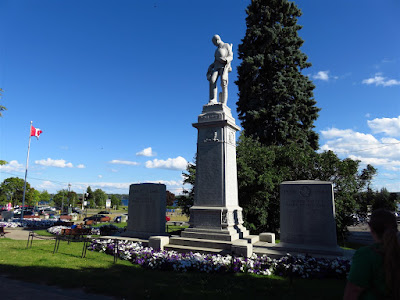 We were thirsty so it was time to hit the Flying Monkeys patio. I had a 12 Minutes to Destiny lager with hibiscus, rose hips and raspberries. It was very refreshing which is what I needed. 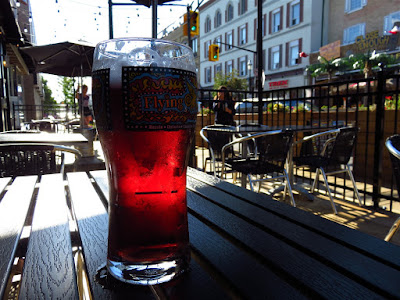 Next up was a Tart Night Rises, a one off sour made from the left over Chocolate Manifesto then soured. Wow! It was so good. 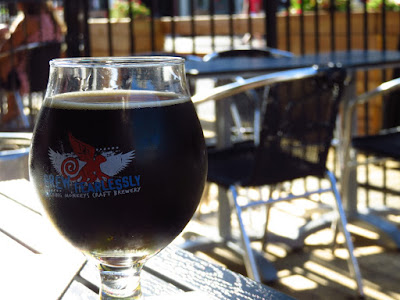 Each bathroom was individually decorated. The one I used had a bottle collection. 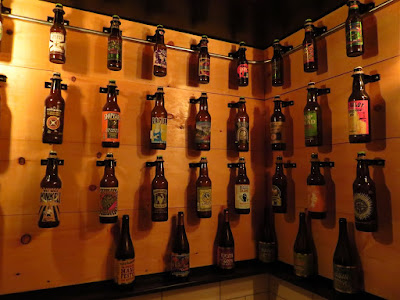 The bottle and gear shop. 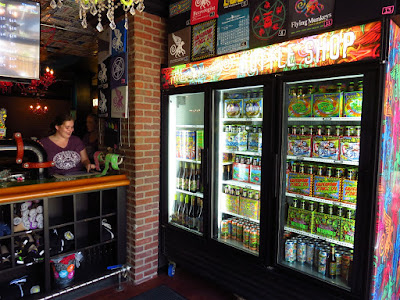 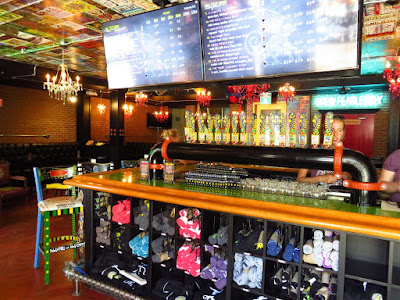 It was a great way to spend an afternoon. Very relaxing. We'll be back to do this again sometime.
Posted by Swordsman at 18:00