Rock Stung in Last Minute by Swarm in Home Opener 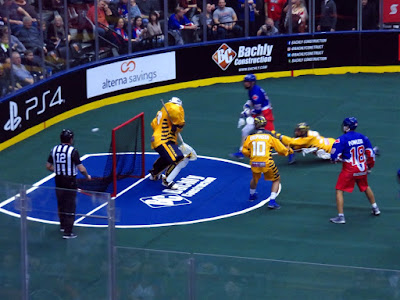 Tonight was the home opener for the Toronto Rock. Having won their first game last week against the Buffalo Bandits, they were going into tonight's game against the Georgia Swarm who also won their season opener. 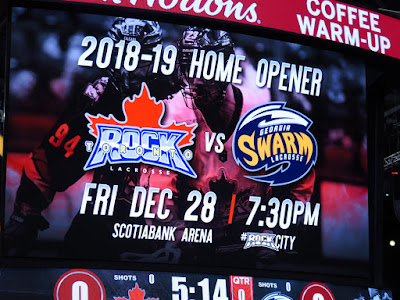 There was lots of pregame pomp and ceremony. Scotty Newlands sang the national Anthems, chief Ava Hill of the Six Nations of the Grand River gave the Territorial Acknowledgement recognizing Toronto as the traditional meeting place and territory of the Indigenous people and participated in the ceremonial face-off. 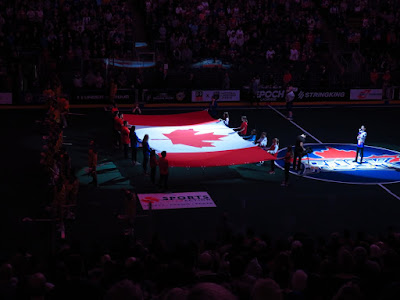 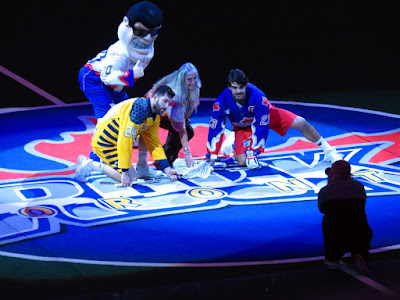 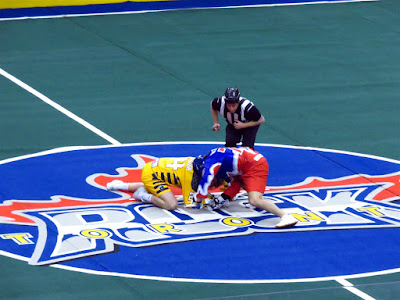 The Rock took a 2-0 lead only two and a half minutes into the game. That was all they would get though and the first quarter ended with them behind 3-2. 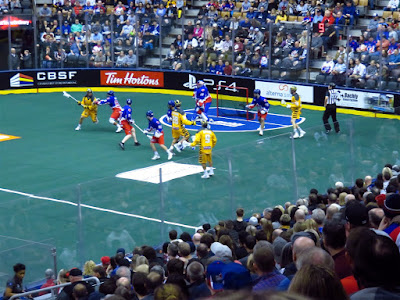 The second quarter wasn't much better as they fell a little further behind 7-5 at the half.

Now this is how to protect your goalie from a charging forward! 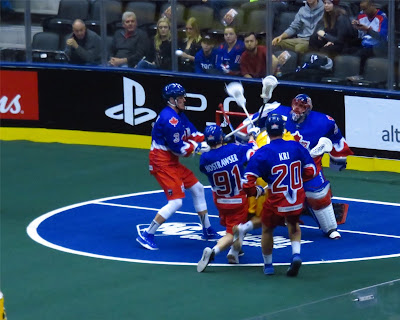 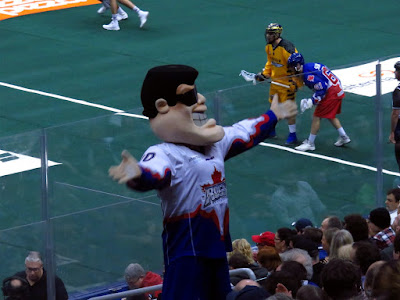 So did the Toronto Rock Cheerleaders. 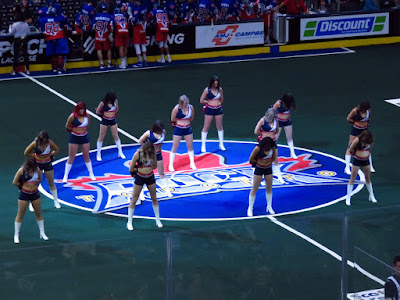 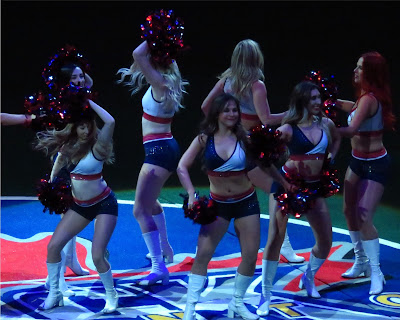 It was a close game throughout. The Rock hadn't led since the first quarter, they tied the game a few times but never led. At the end of the third, they were a goal behind 8-7. 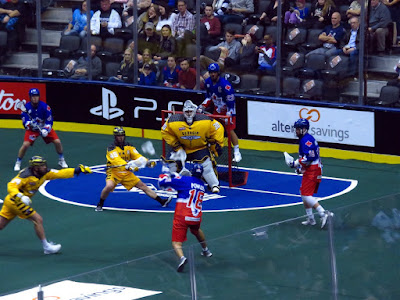 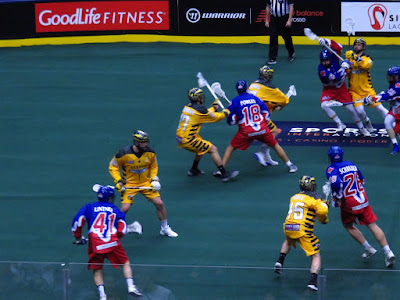 The Rock Cheerleaders performed again at a break in the action. 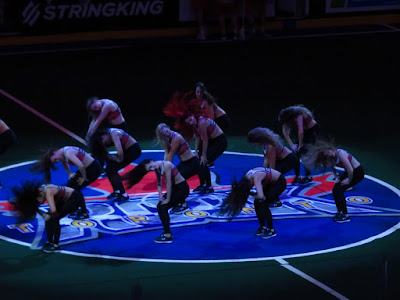 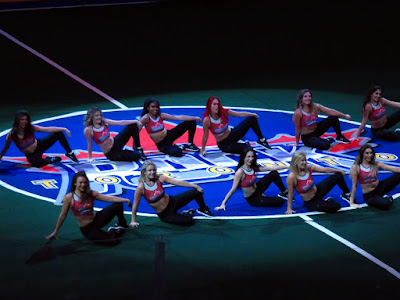 No. We didn't take home this pot. It would've been nice! 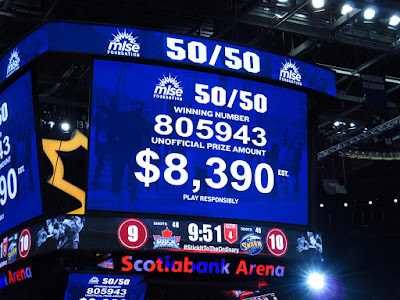 The fourth quarter was exciting, the Rock down 10-8, stormed back putting in 3 in a row to take an 11-10 led with four and half minutes to go. It was looking good for the Rock until the Swarm scored two minute later to tie the game.

With just a minute to go, Georgia was awarded a penalty shot but Toronto goalie Nick Rose came up big with a huge glove save. I thought that would give them huge momentum but with just twenty-four seconds to go the Swarm put in the go ahead goal. They won the next face-offs and that was it for the Rock. 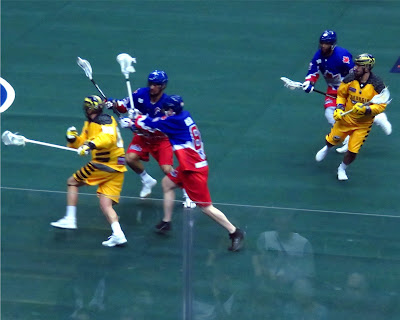 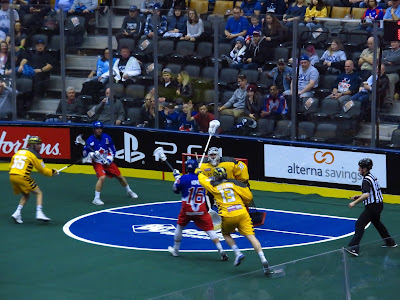 It was an exciting game throughout but we just came up short. As always, the Rock saluted the fans after. 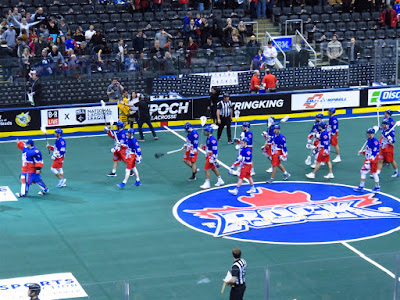 The next Rock game is a week away with the Rock hosting the Philadelphia Wings. Teena and I will be there! 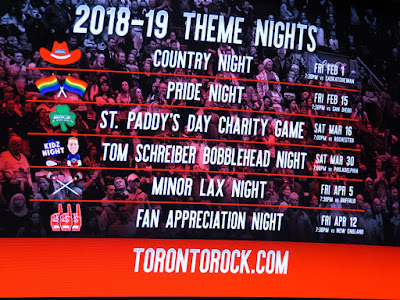