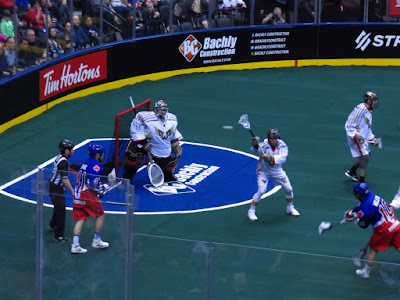 Tonight Teena and I were at the second home game of the season for the Toronto Rock. Last week they lost in a tight game against the Swarm to bring their record to 1-1. Tonight they were playing the 0-2 Philadelphia Wings. 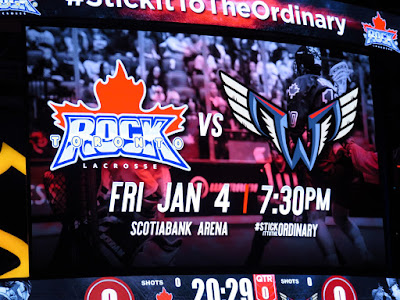 Toronto Rock Cheerleaders are always at the gate to greet the fans. 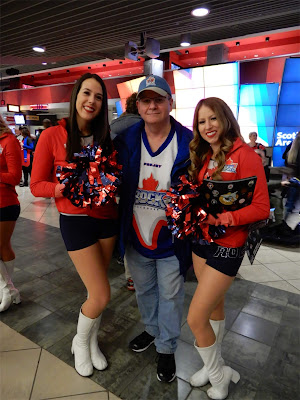 As usual, Scotty Newlands did a great job with the national anthems. 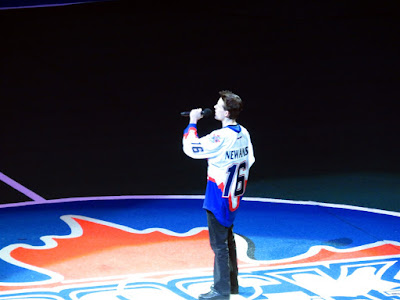 The opening face-off of what would prove to be a wild game. 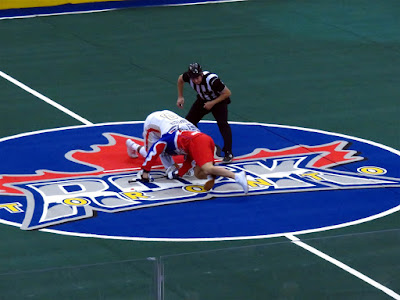 It was a close low scoring affair in the first half. At the end of the first quarter, it was tied at one-all and the half ended with Toronto up by just a 3-2 score. Most quarters have as many goals as the first half. 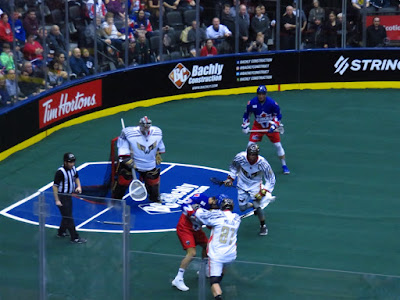 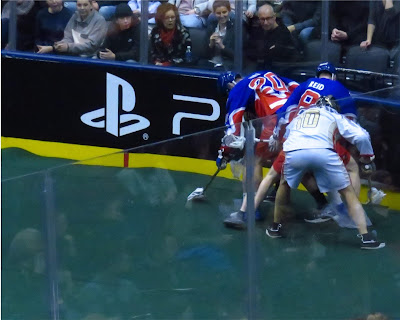 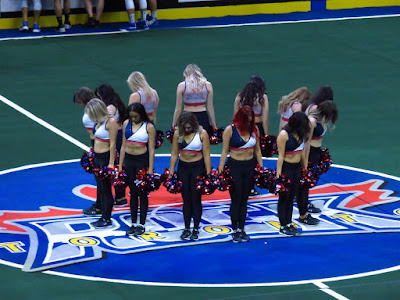 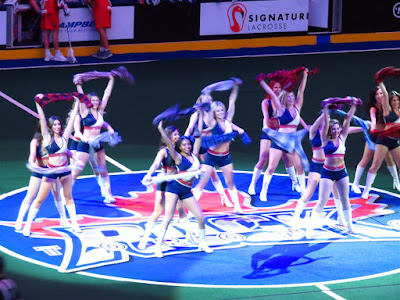 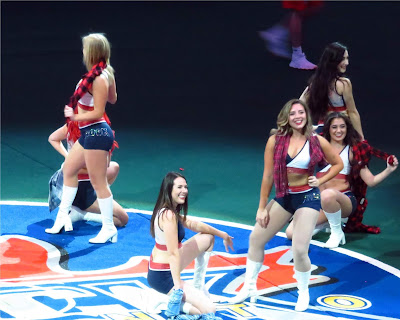 Iggy kept the crowd going throughout. 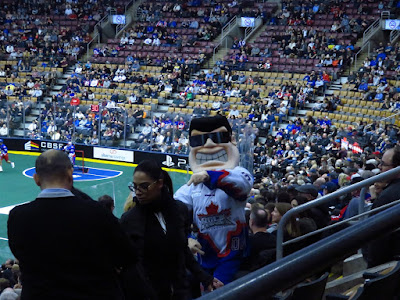 He loves to show off his abs to the crowd. 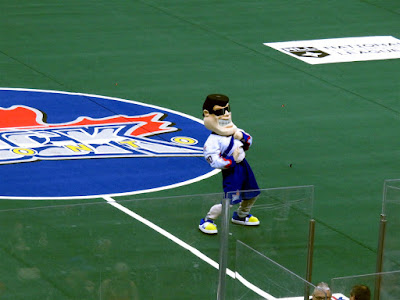 Teena took this shot of Iggy, Trish and I. 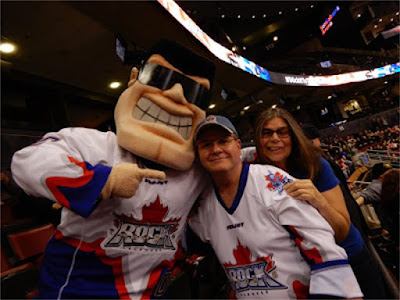 In the second half, Toronto went up 6-3 and it all was fun. The Wings didn't think so and after the Rock and Wings exchanged goals, Philadelphia went on a five goal run putting Toronto down 9-7 half way through the fourth.

Toronto battled back with two of their own to tie.Then, with under two and half minutes to go, the Wings took the lead. What made it even worse was a Toronto penalty with less than two minutes to go. In lacrosse when a penalty is given, there isn't a face-off. The team the infraction was against starts with the ball in the penalized teams end.

But Tom Schreiber came through, short handed with his fifth goal of the night and only 20 seconds to go in the game. 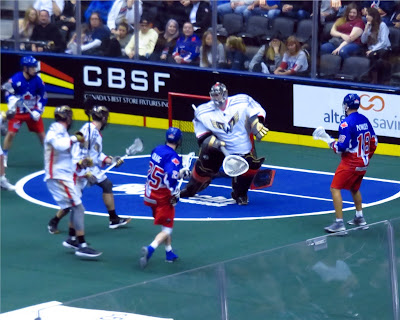 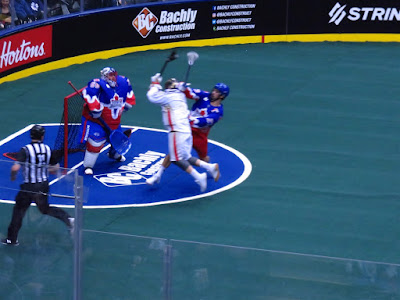 I told you it was a wild one. Sudden death overtime is tense and this was no different. Both goal tenders, Buchan for the Wings and Nick Rose (Rosie!) for the Rock, were sensational. Finally, with both teams having great chances, Adam Jones, my favorite Rock player, put in the winner. 8,299 fans went crazy!

Jones and Schreiber account for 10 of the 11 goals the Rock. Not a bad night for either player!

It was just the second overtime game we have seen. In the other, we came away disappointed. 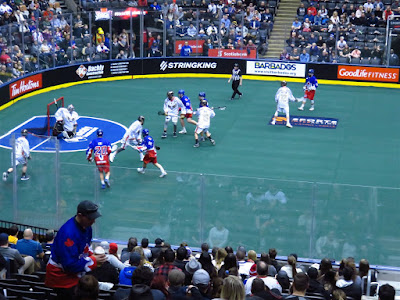 We may not have won this jackpot but we came away happy. 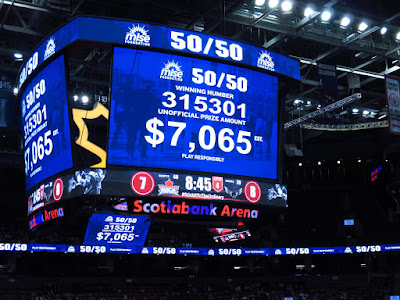 The team, as always, salutes the fans. 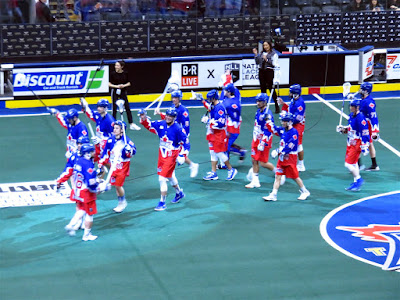 The next home game is on Friday, January 18, and yes, we'll be there! 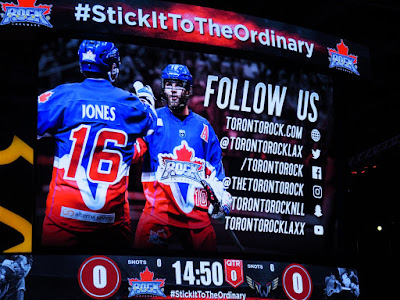