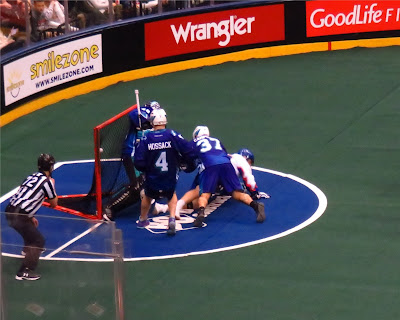 Tonight Teena and I were at the ACC to see the 2-2 Toronto Rock take on the first place Rochester Knighthawks. The Rock came in riding a two game winning streak which the hoped to extend. 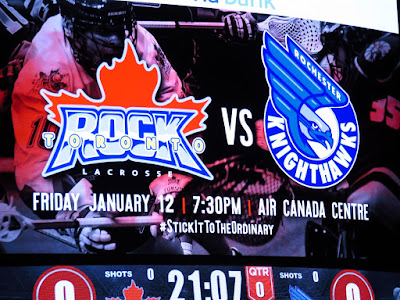 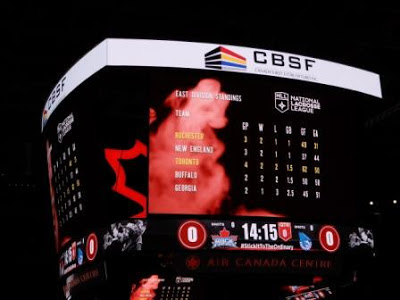 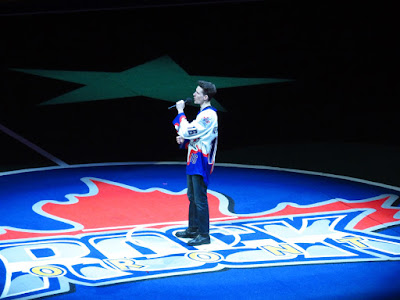 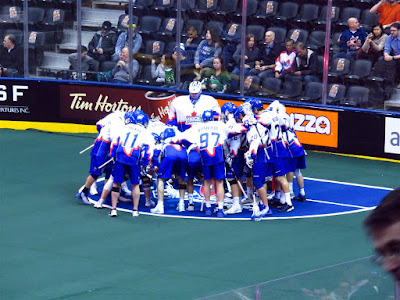 Then the opening face-off. 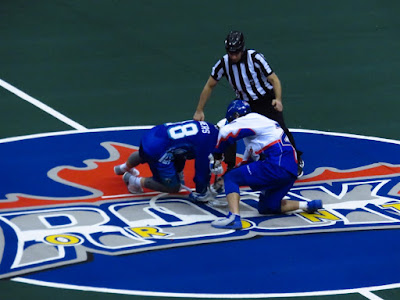 Here are some action shots from the first half.

The Rock ended the 1st quarter leading 5-2 and early in the 2nd extended that to a 7-2 lead. The Knighthawks responded with 3 straight to narrow the gap, and us fans were getting a little nervous but apparently for no reason. That would be as close as they got for the rest of the game. The Rock went to the dressing room with a 9-5 lead at the half. 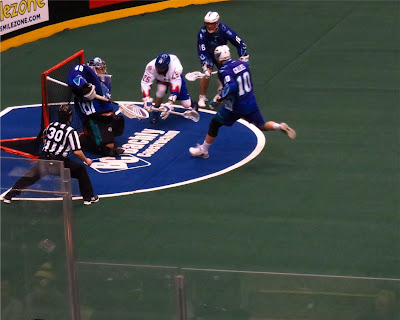 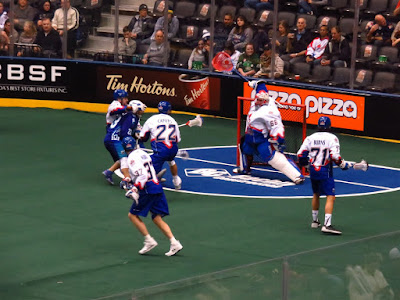 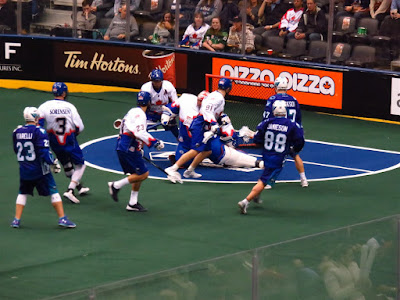 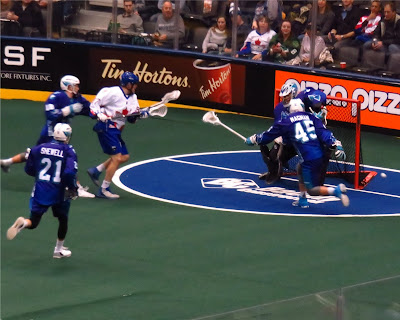 Here are Teena and I rocking our new caps. Two weeks ago it was party like the 90's night and these hats were being sold at 90's prices to those who had bought ticket packages. Teena and I didn't qualify as we didn't buy a package as we don't need one due to being season ticket holders. (4th year).

Teena contacted the Rock sales exec, Ryan, to see if there were any extra he could sell us. There were so he who hooked us up with a couple. He delivered them to our seats and we had a couple of minutes to chat. Great hats! Great price! Nice guy! 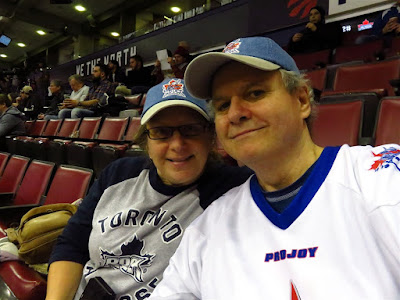 The Toronto Rock Cheerleaders came out a few times for a performance. 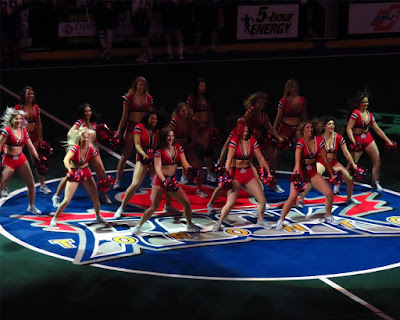 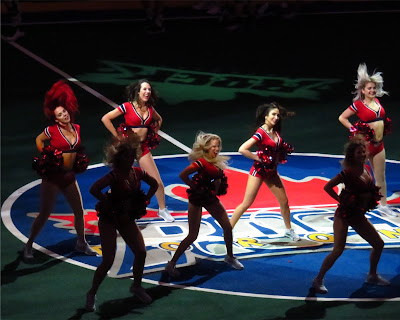 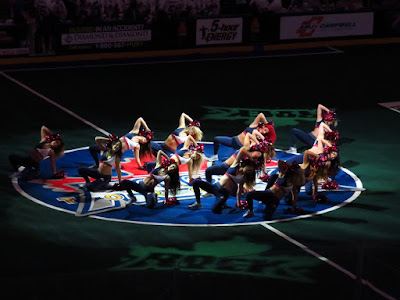 The always popular Iggy was his usual self working the crowd. 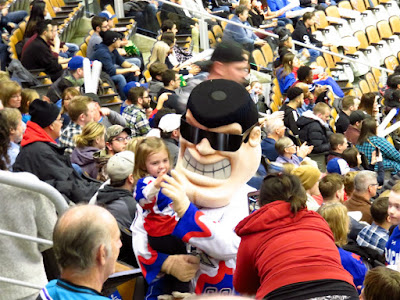 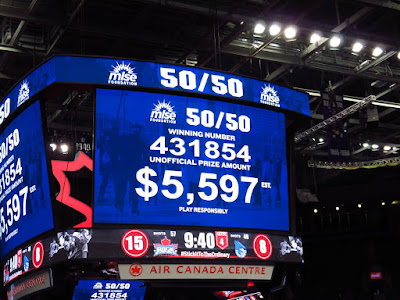 2nd half action. The game was never in doubt with the Rock extending their lead to 14-7 at the end of the 3rd quarter, then cruising through to victory in the 4th. 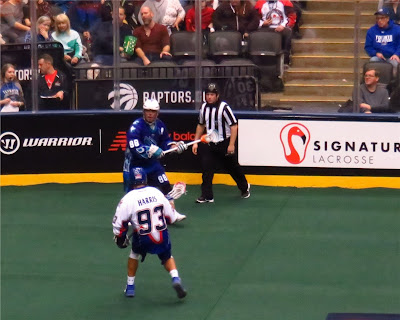 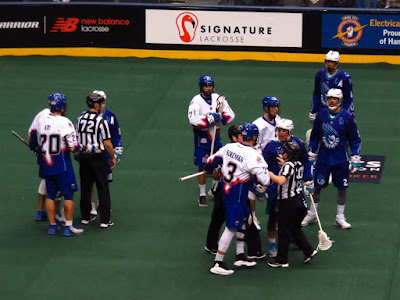 A victory lap after a 17-9 win. The Rock dominated the shots on goal too as they out shot the Knighthawks 67-47. Adam Jones, my favorite player, had a hat trick and 5 assists in the game which tied Tom Schreiber performance of 4 goals and 4 assists. 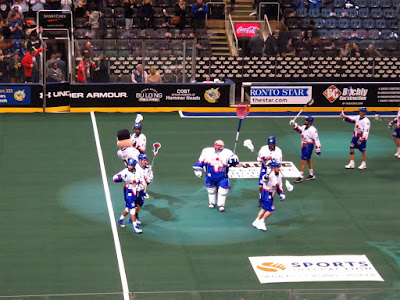 Toronto gets a weekend off to rest next week and are back at the ACC on Saturday January 27 to take on the New England Blackwolves. Yes, Teena and I will be there!.
Posted by Swordsman at 23:12