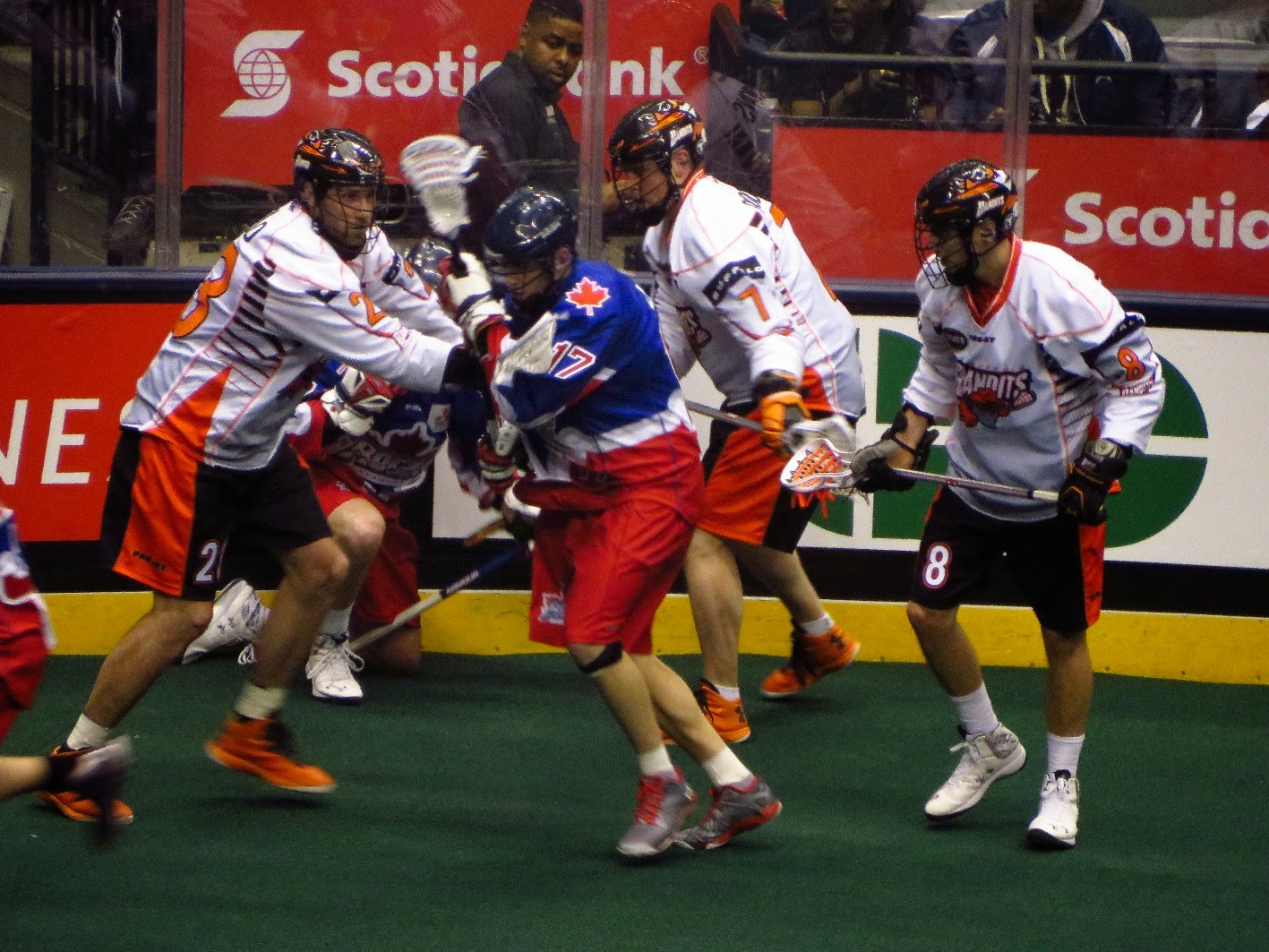 Teena and I have not missed a Toronto Rock game in two and a half years. Last year we became season ticket holders and are again this year. Tonight was the Toronto Rocks home opener and they came into the game having won their first two on the road. 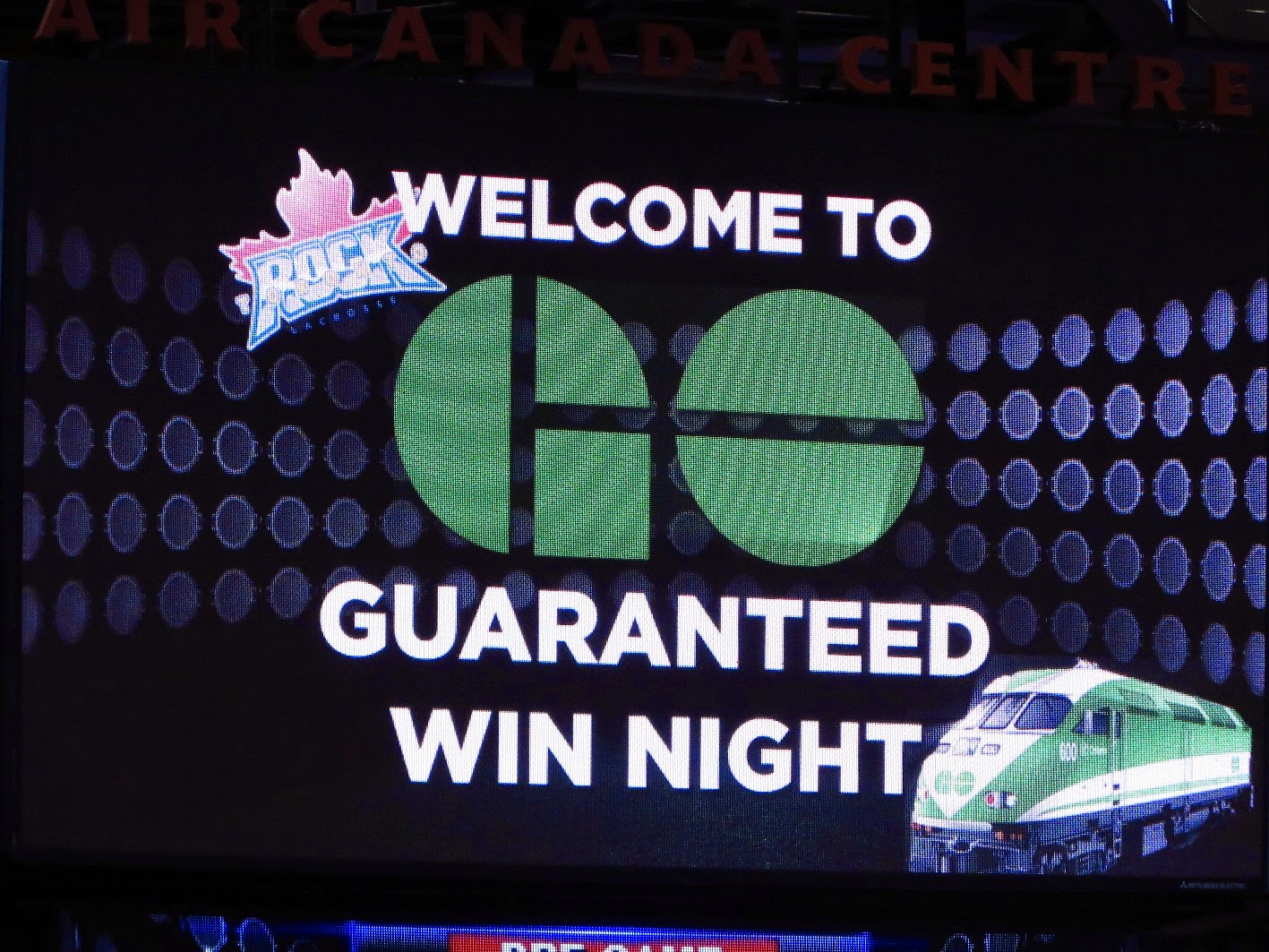 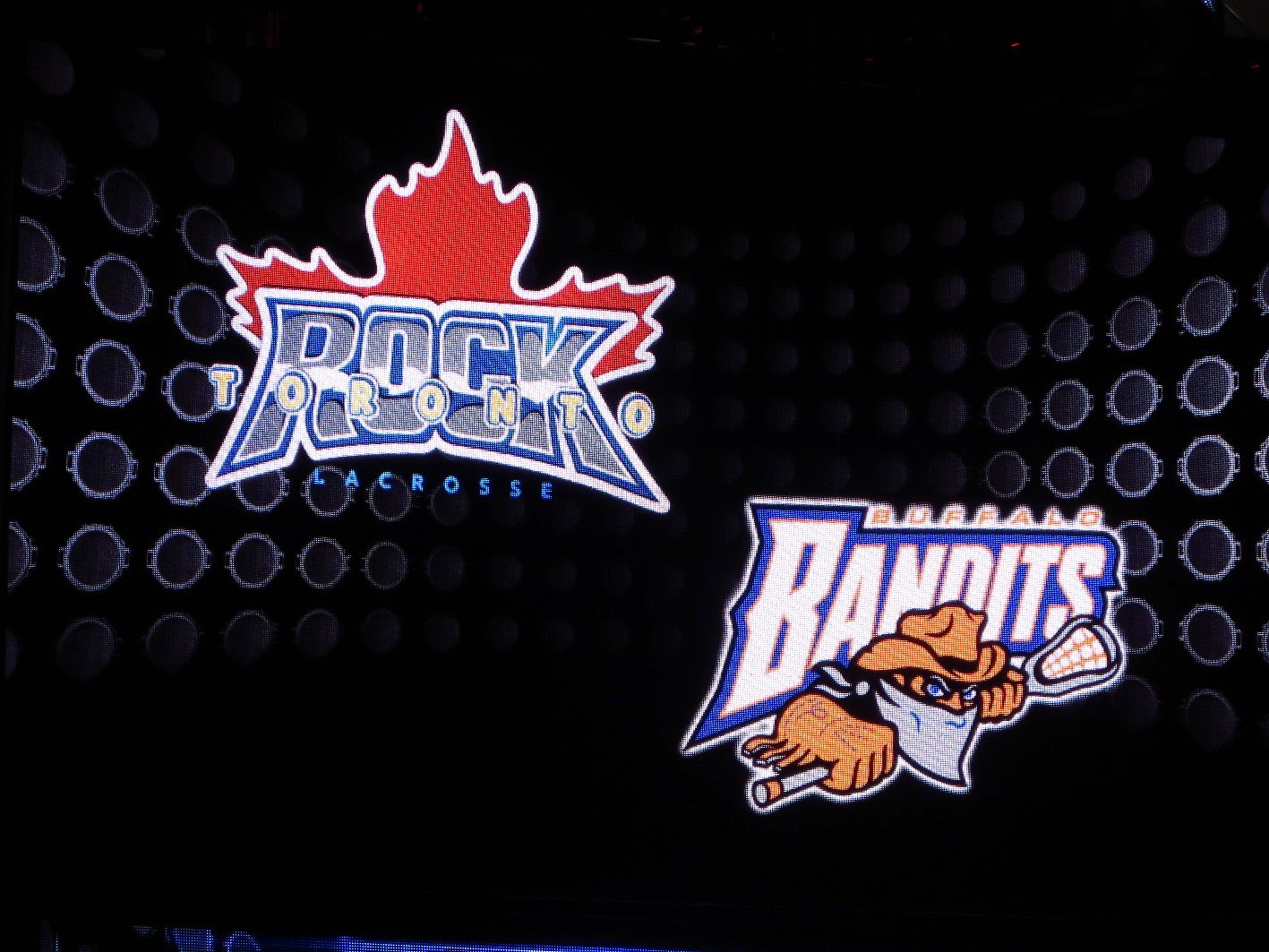 Tonight was Guaranteed Win night. If the Rock lost, everyone got a free game in the future. The hell with the free game. We wanted a win!

Tonight we were taking on the Buffalo Bandits. It's a natural rivalry as they are only an hour and a half down the road from Toronto.

The Rock were welcomed into the arena by 11,413 fans and lined up in a "T" for Toronto formation and saluted the fans. 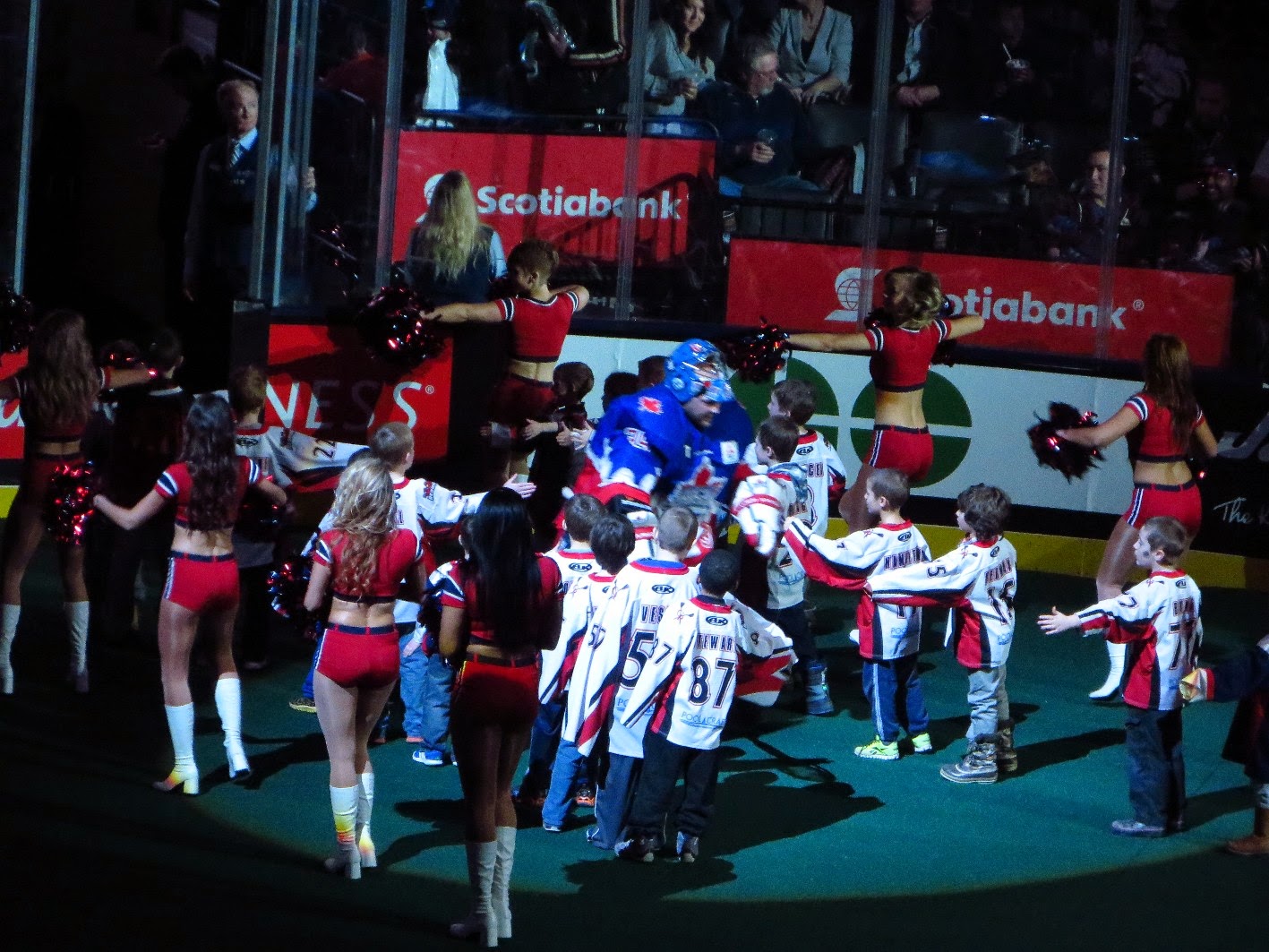 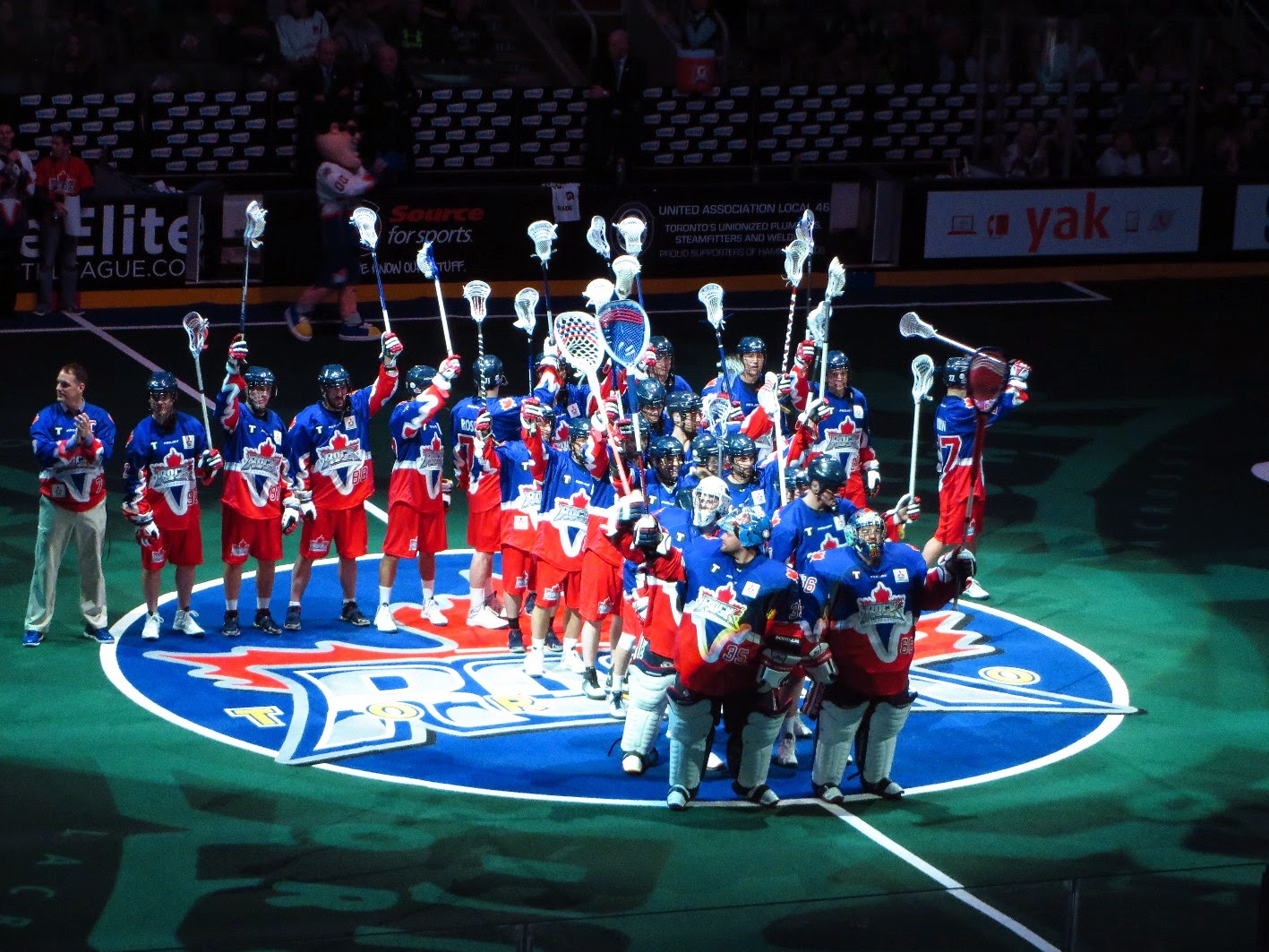 There was a tribute and a moment of silence for Terry Sanderson, the Rock's General Manager and assistant coach since 2009. He was General manager of the Rock in 2005, when they won a championship, and after being fired and winning another championship with Calgary, returned to Toronto and won a third in 2011.

It was a nice tribute. 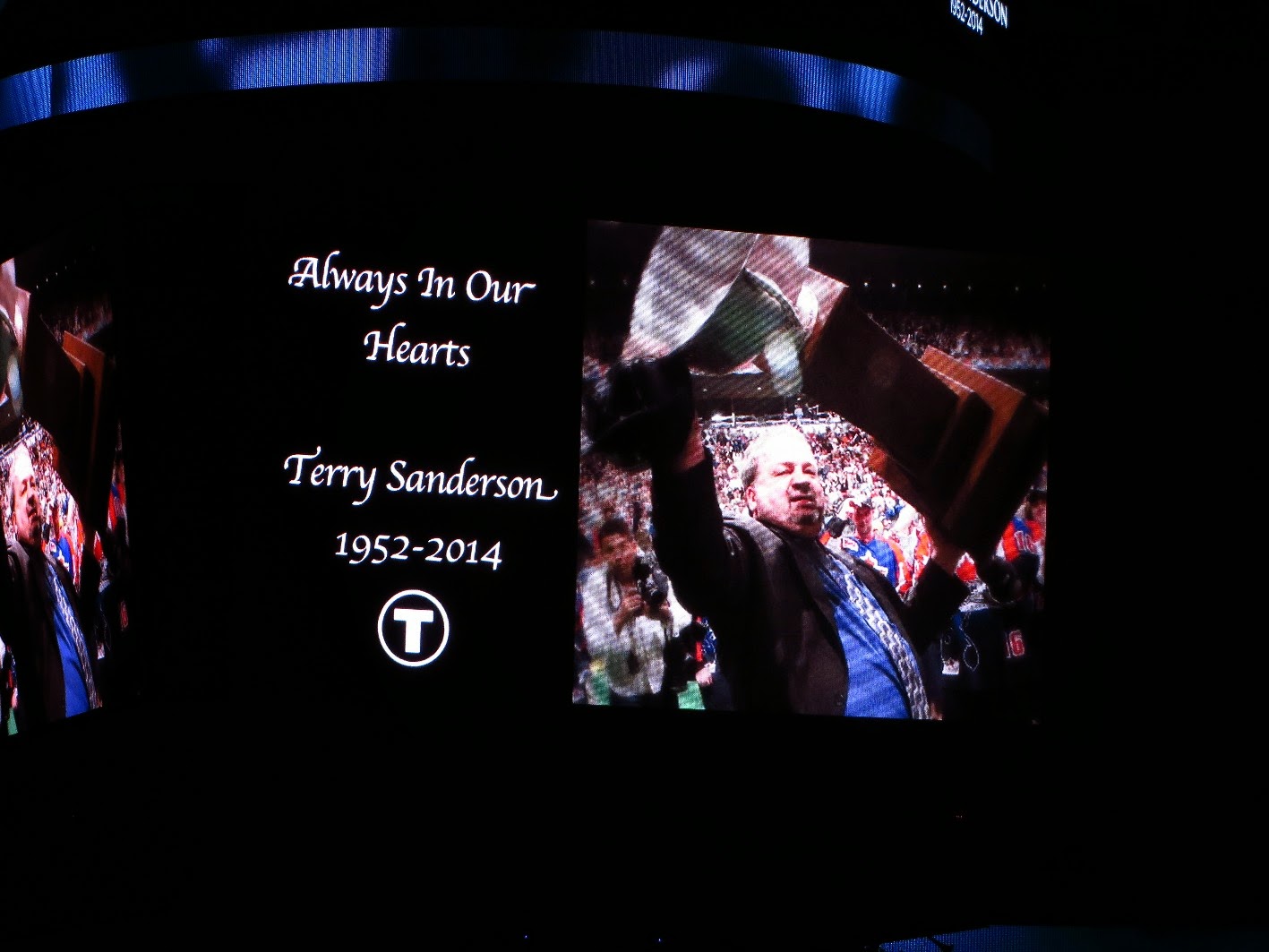 After a team huddle by the net, it was game time. 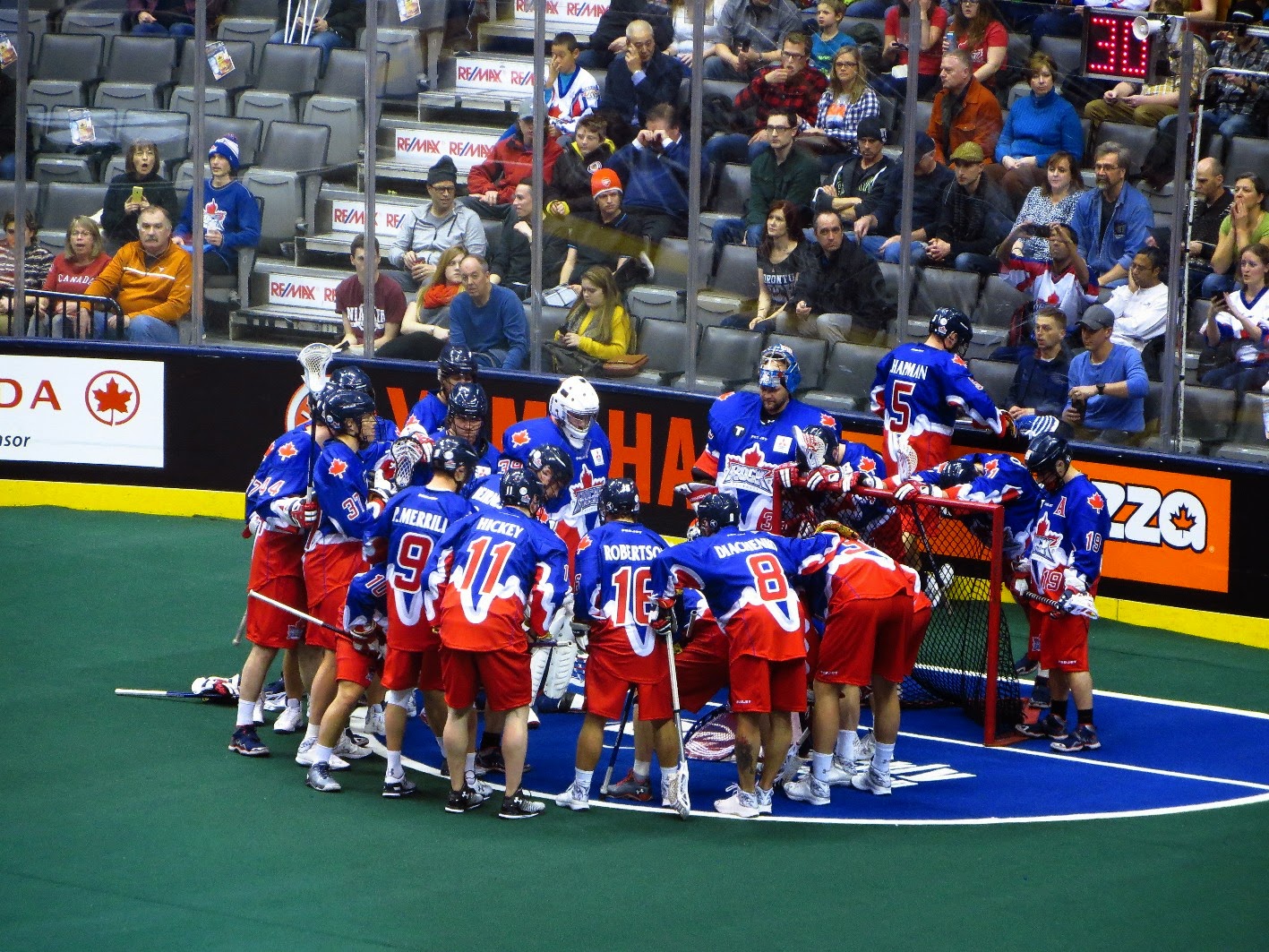 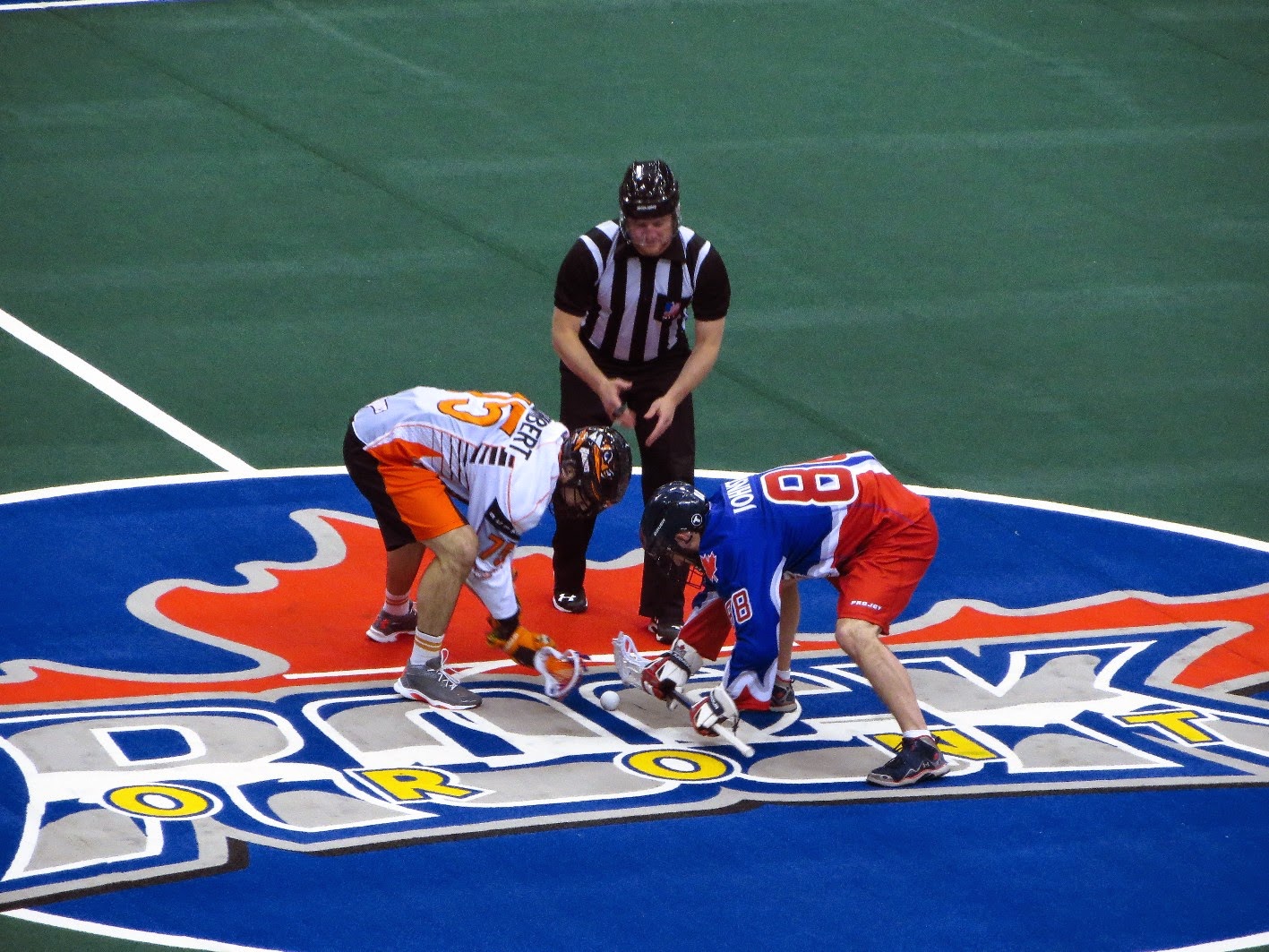 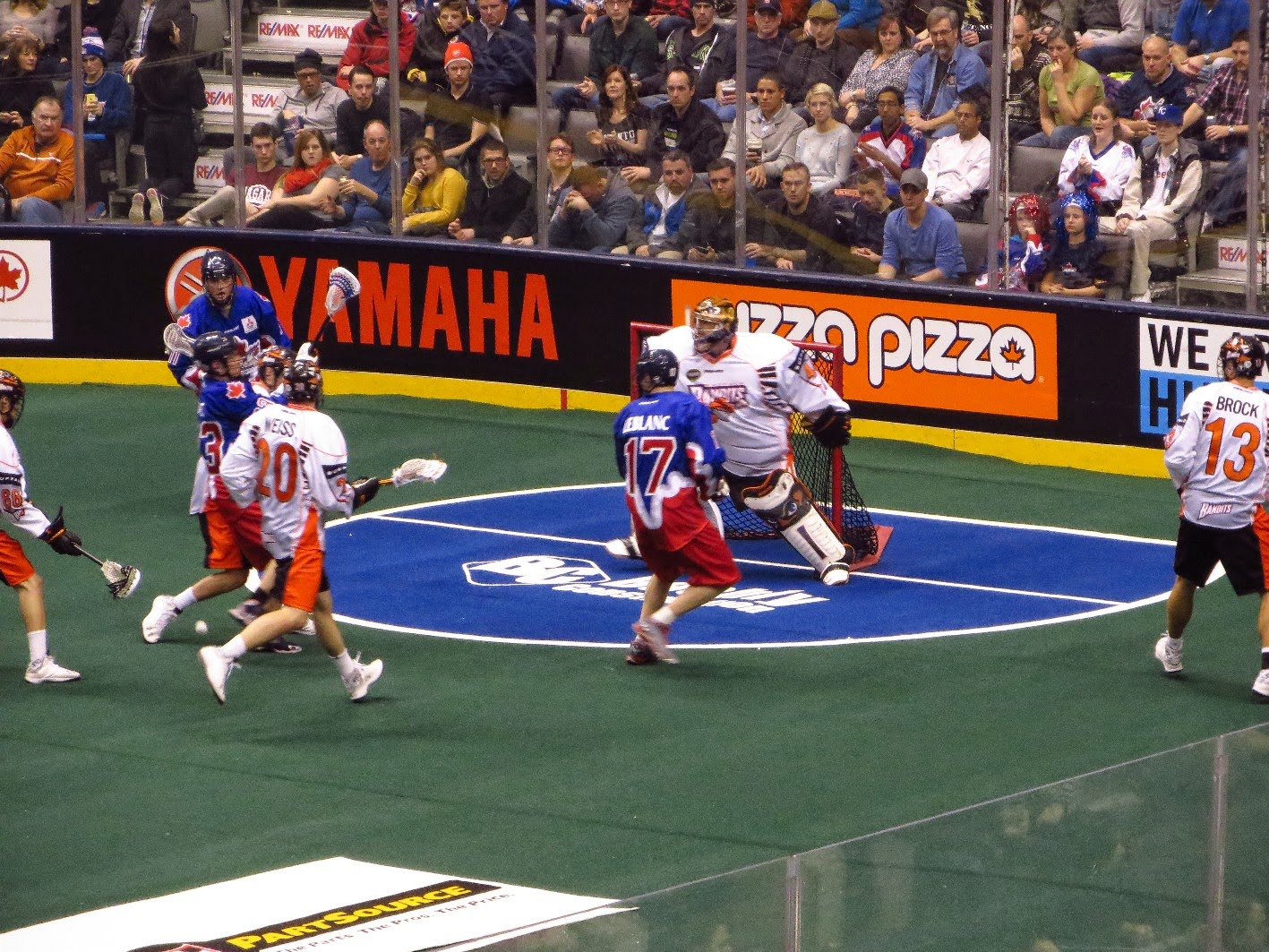 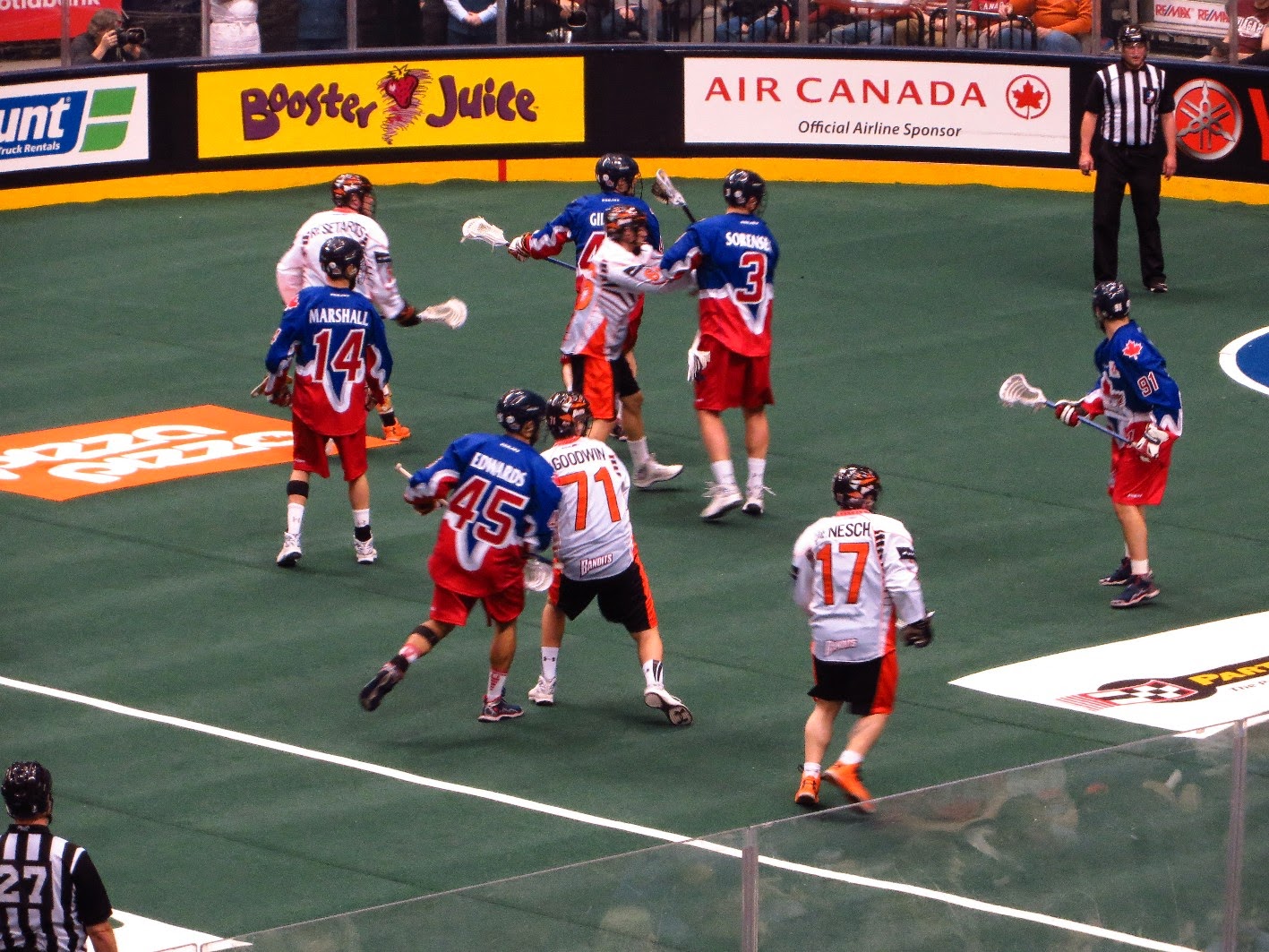 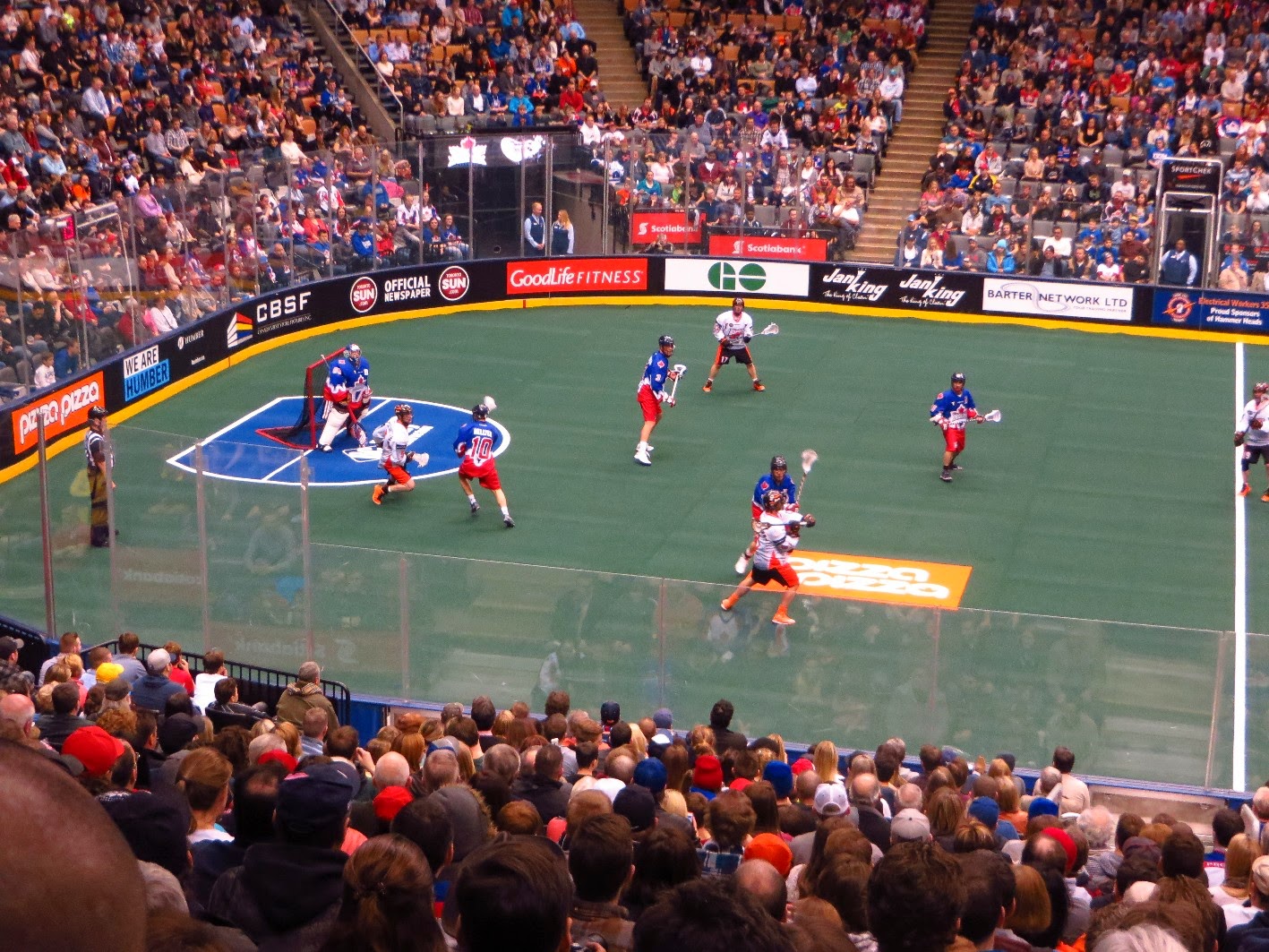 The red wig guys were back. 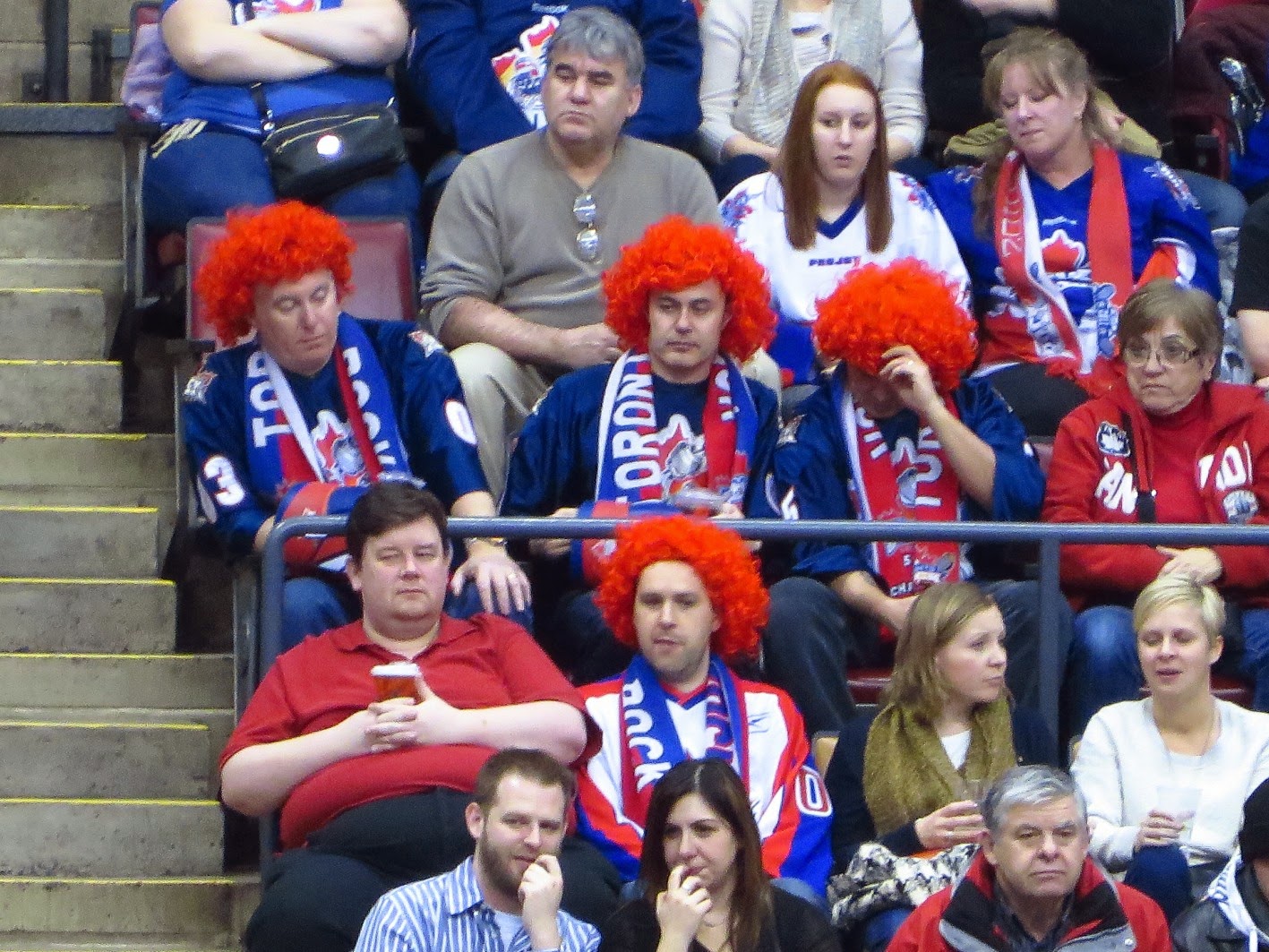 So were all the season ticket holders in our section. It's a fun crowd. We high five after every goal and the Rock flag comes out. Toronto broke into an early lead, taking a 2-1 lead. 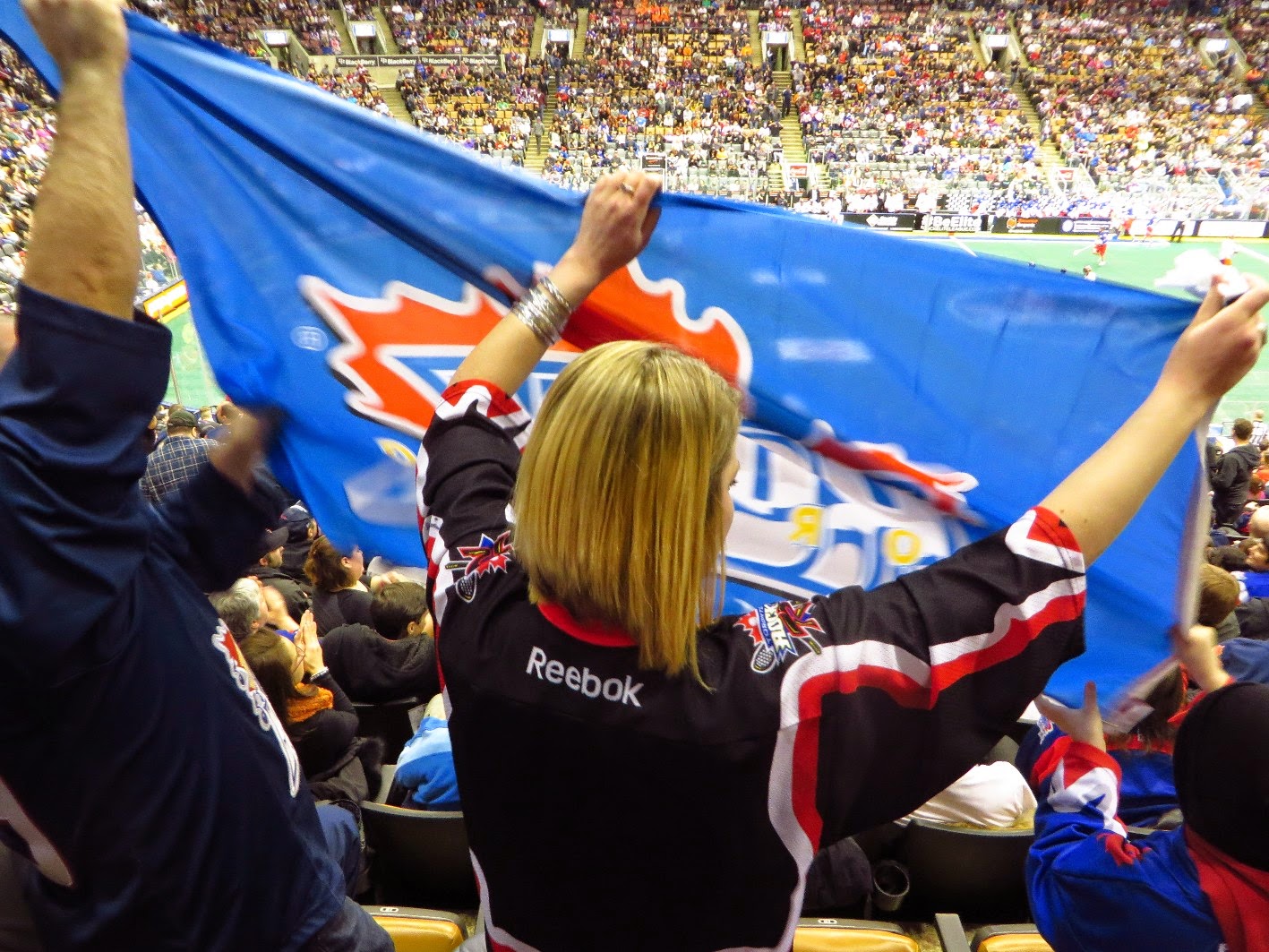 Nick Rose was sensational early in the game. The crowd yells "ROSIE" after every save. 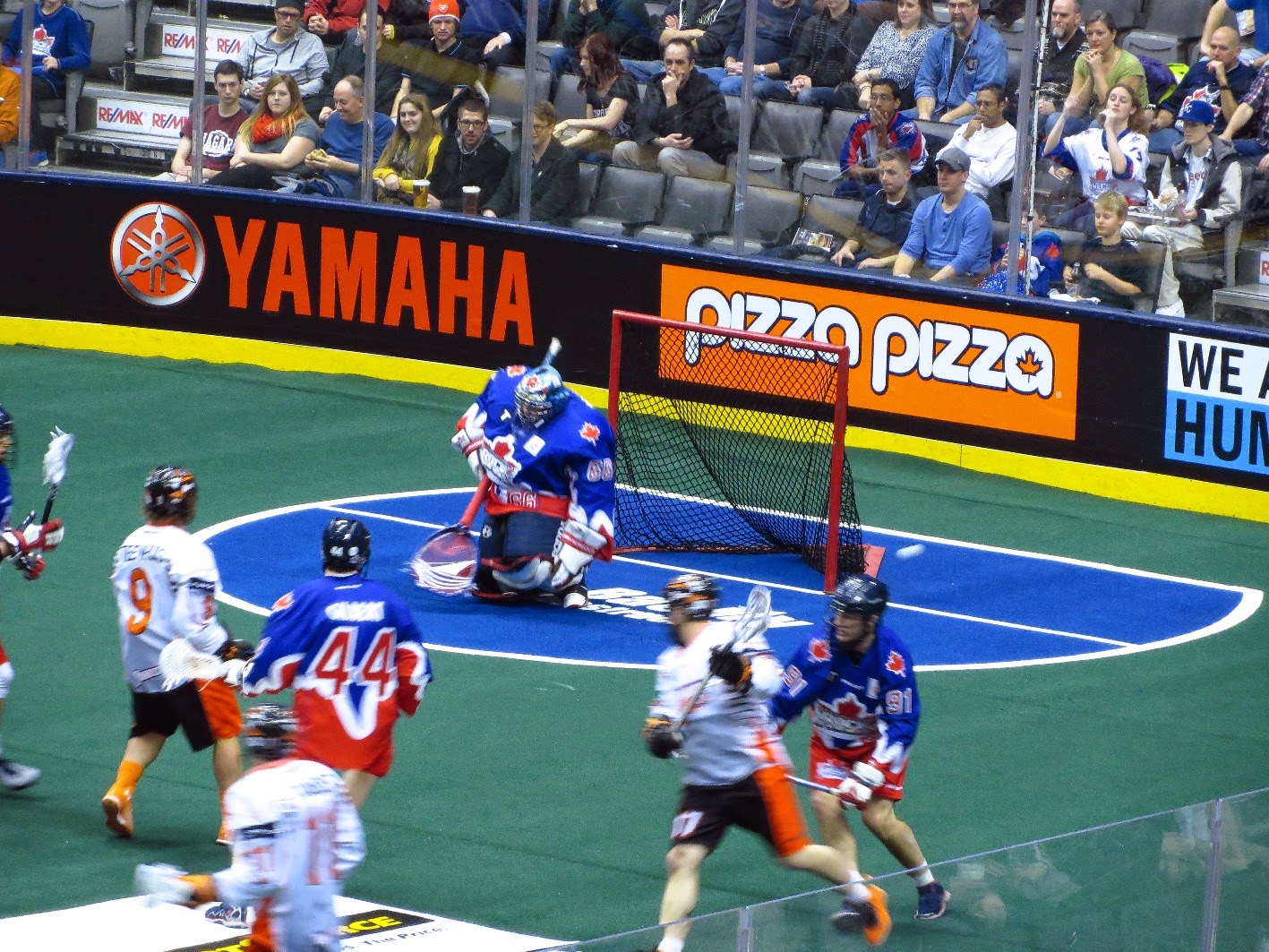 Buffalo came back to tie the game and the first quarter ended tied at three. 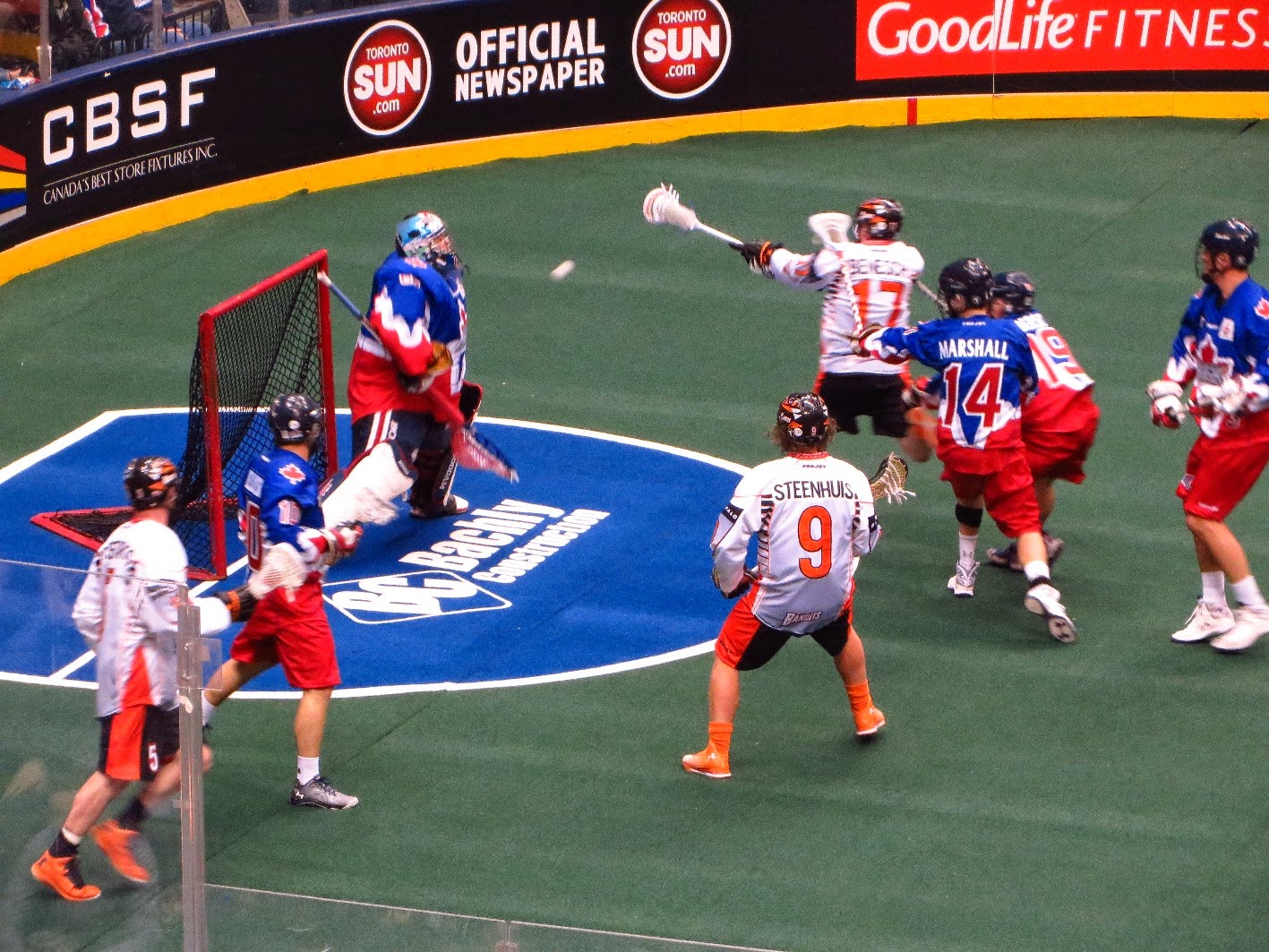 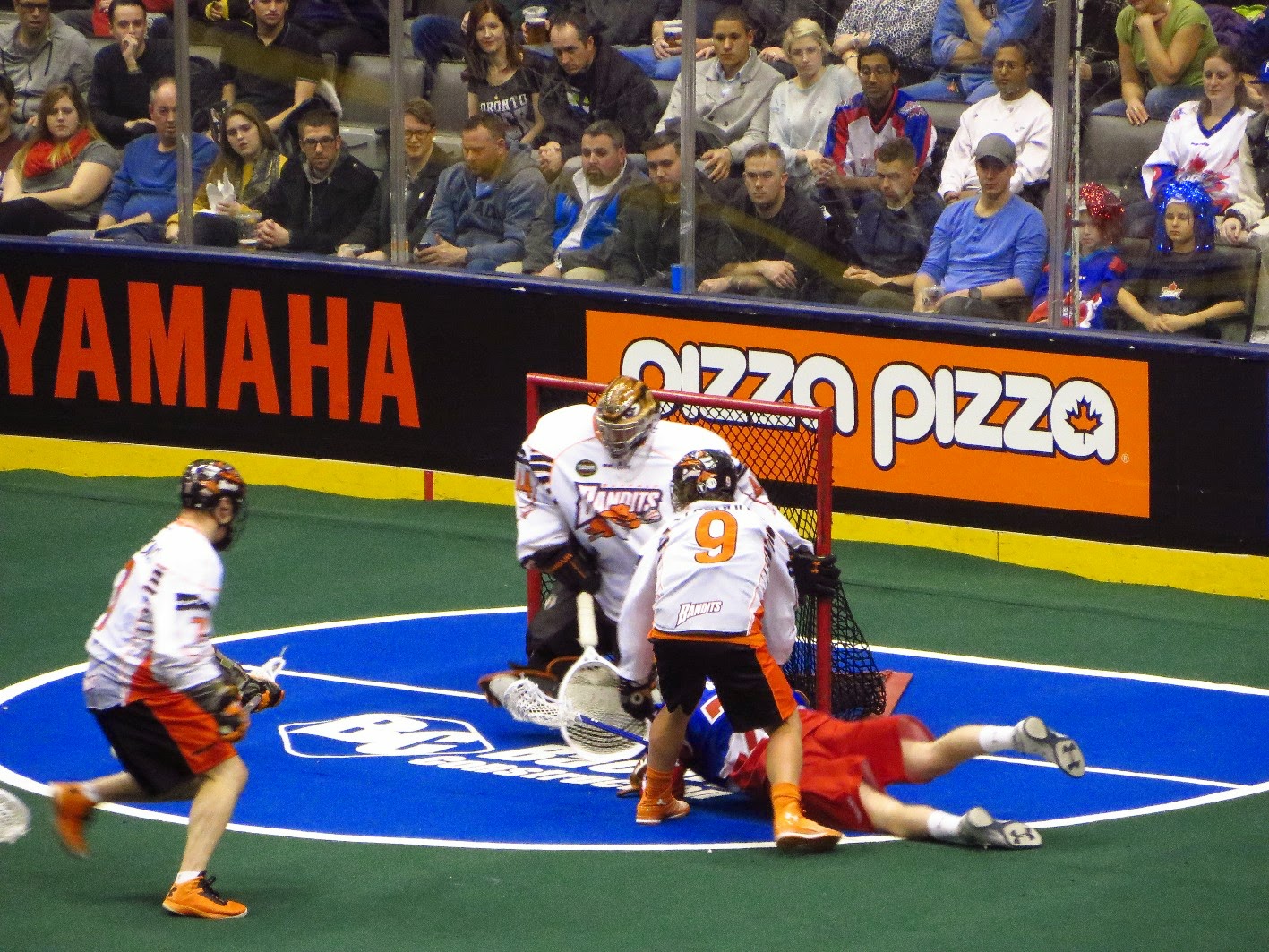 Iggy Rock was all over the stadium and in our section. He is a "new" Iggy and only the second to wear the suit. I thought he did a great job. 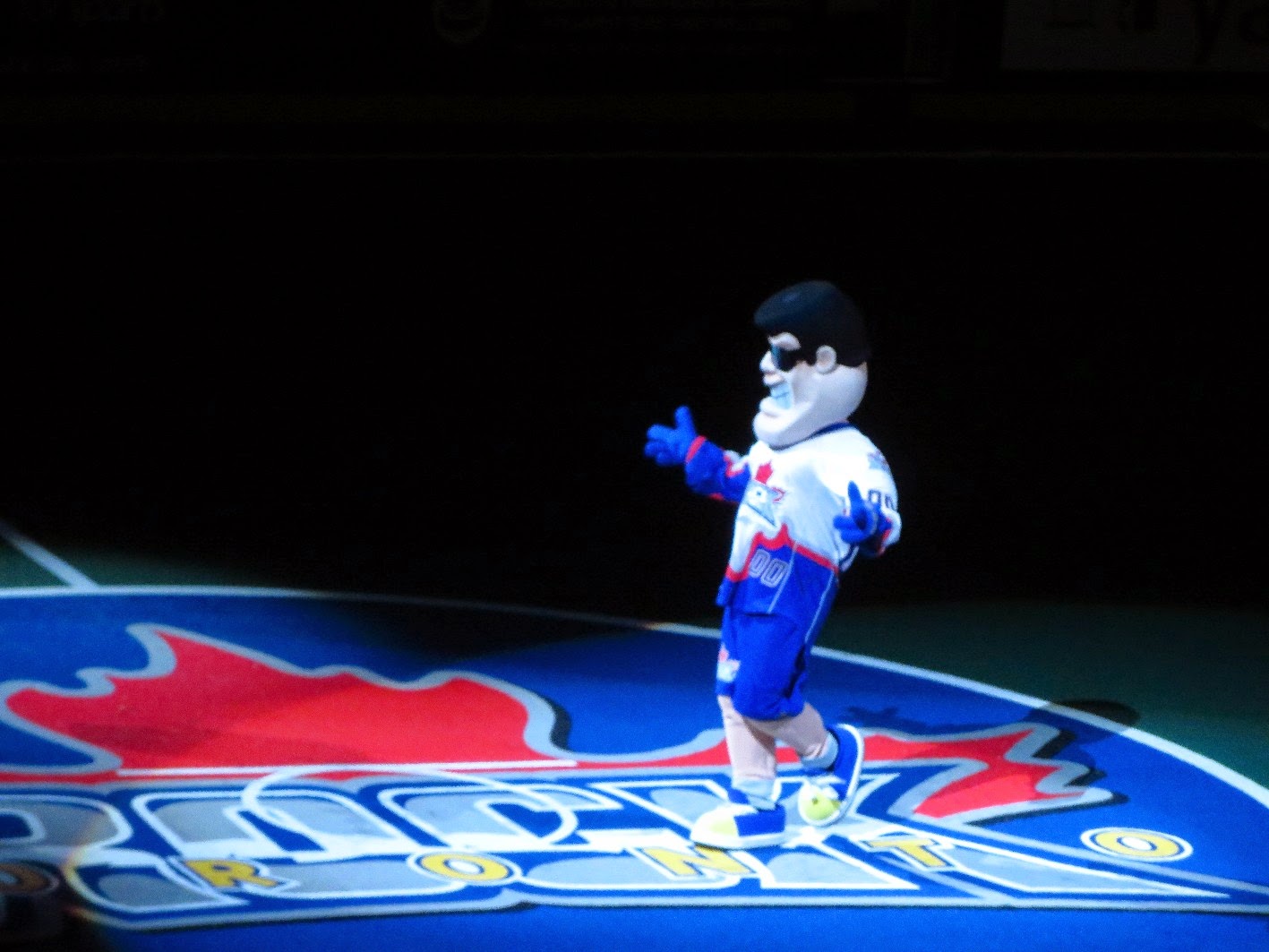 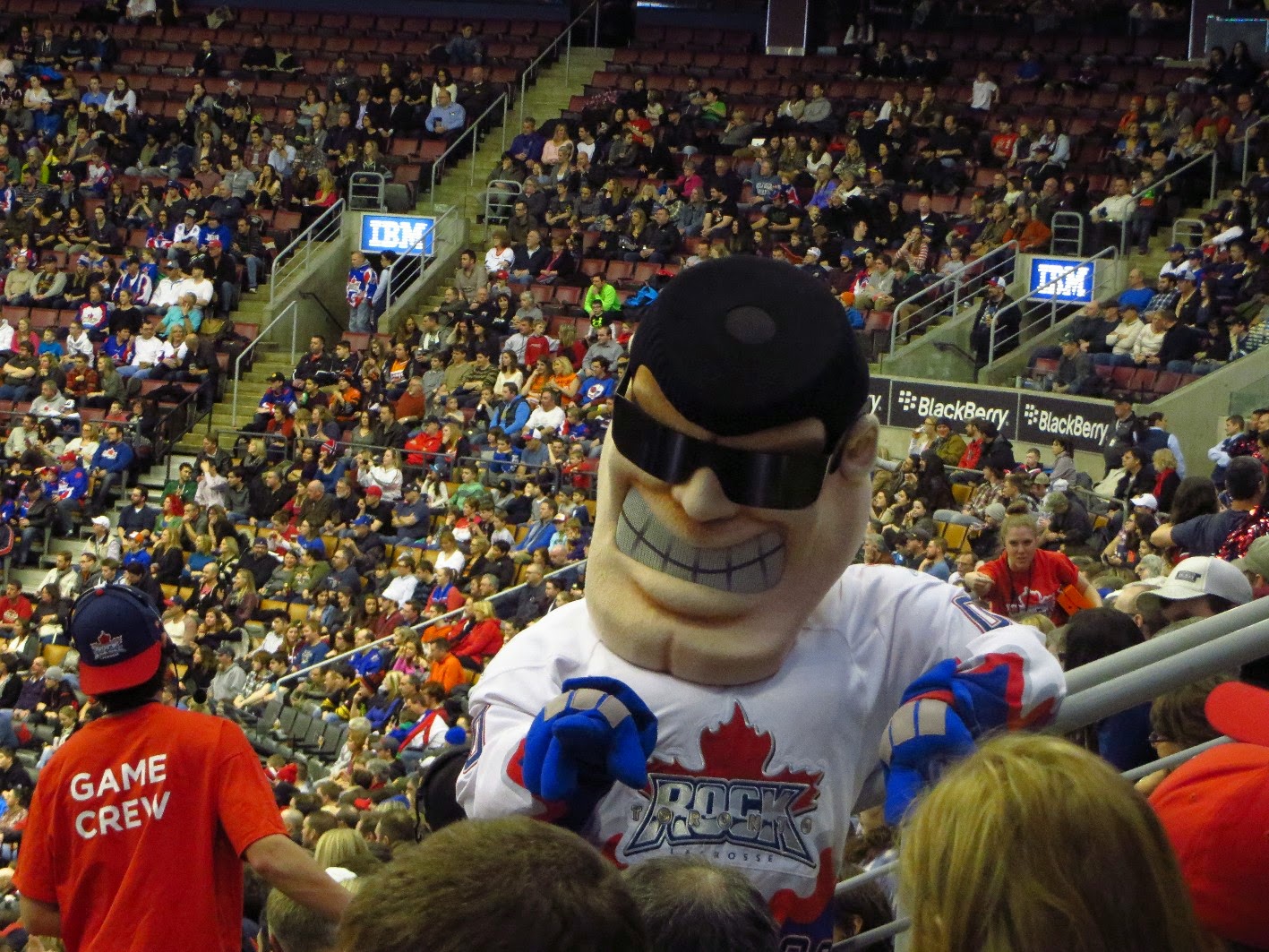 Things fell apart in the second quarter. The Rock had a 5-4 lead but the Bandits put in three in a row before the end of the half to go into the dressing room with a 7-5 lead.

Teena and I at the half. 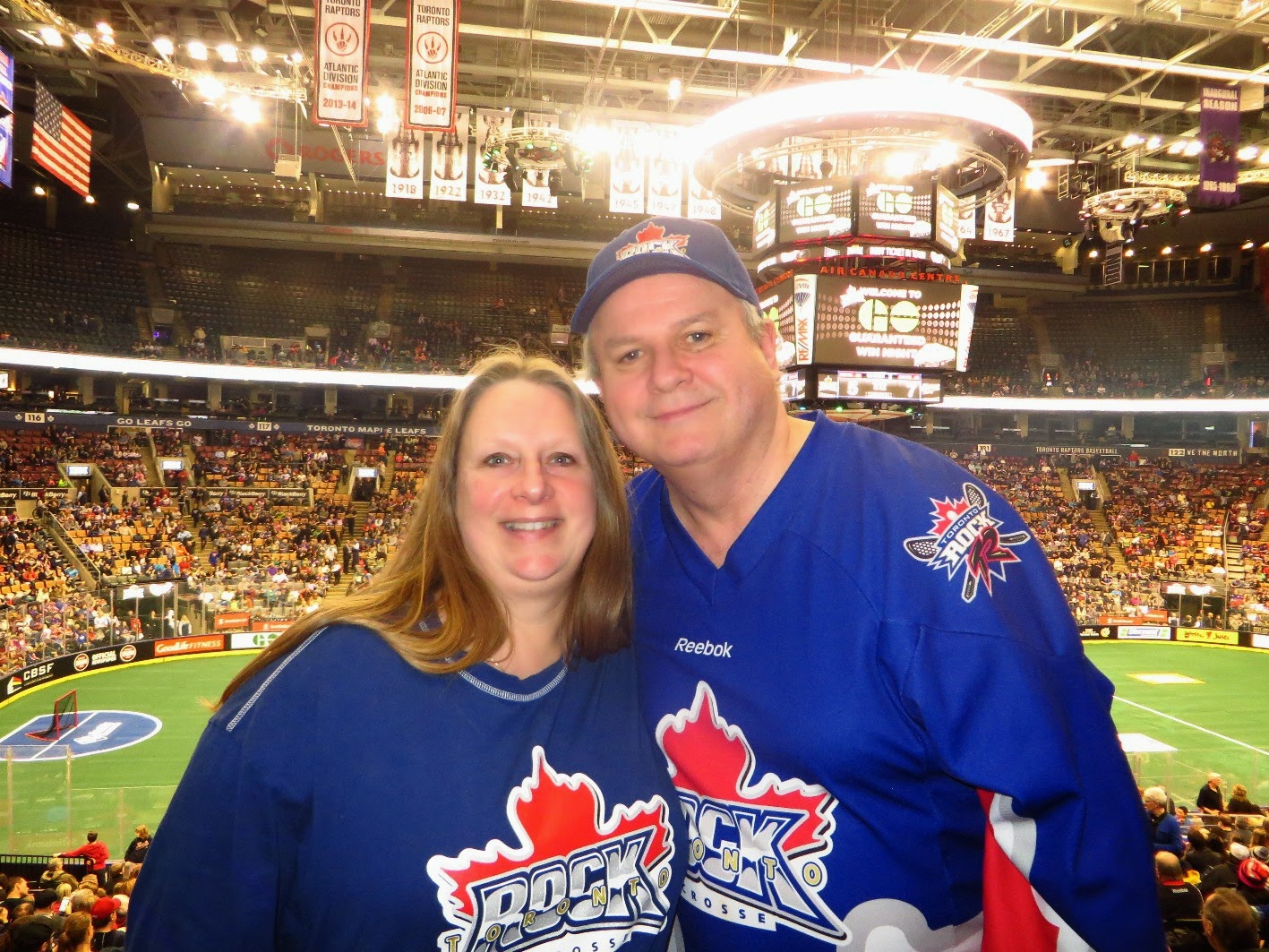 In the third quarter, the Rock came back scoring the only three goals in the first eleven minutes of the game including this one where the ball and goalie both ended up in the net. 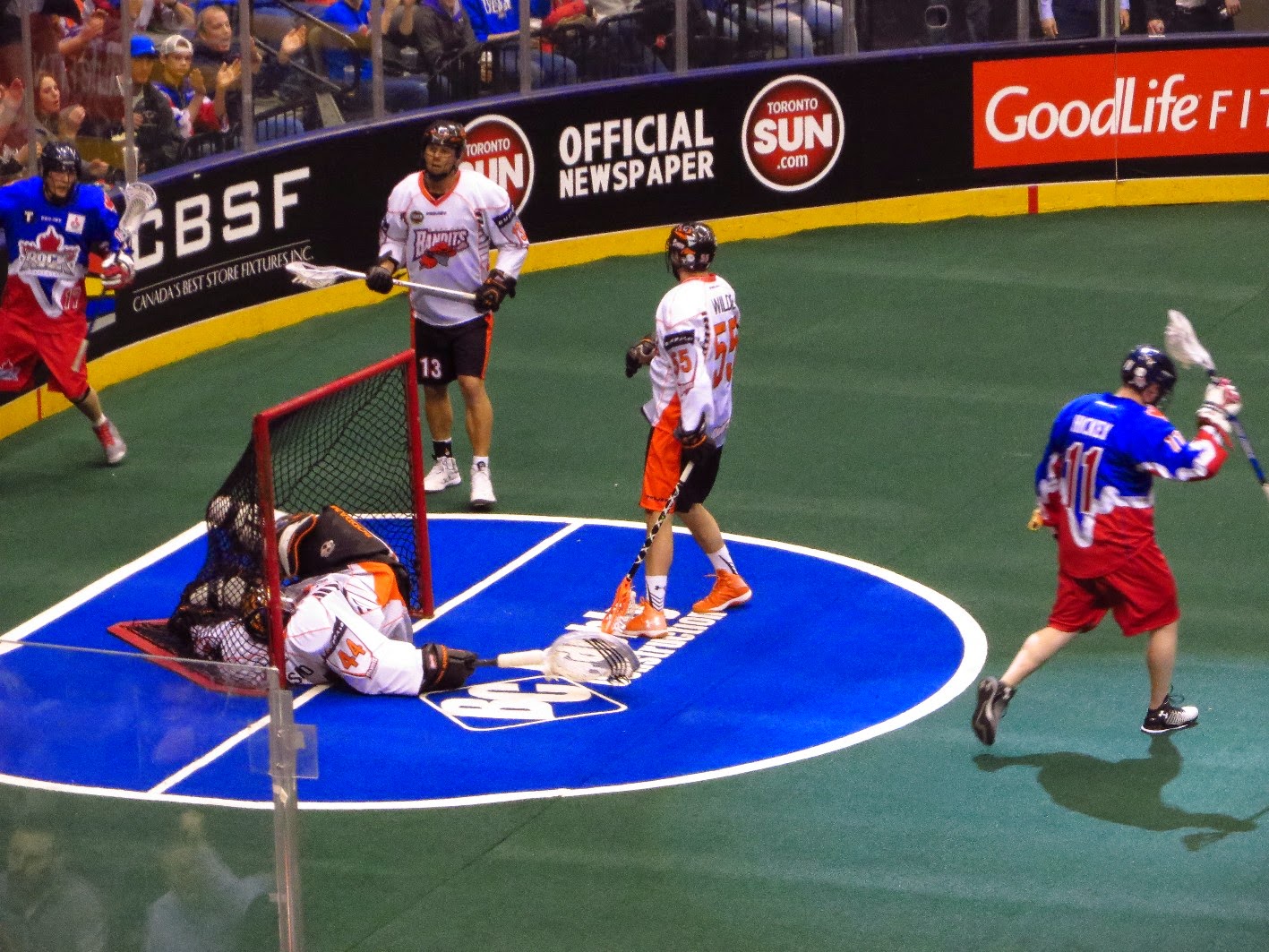 On a power play we hit the crossbar! 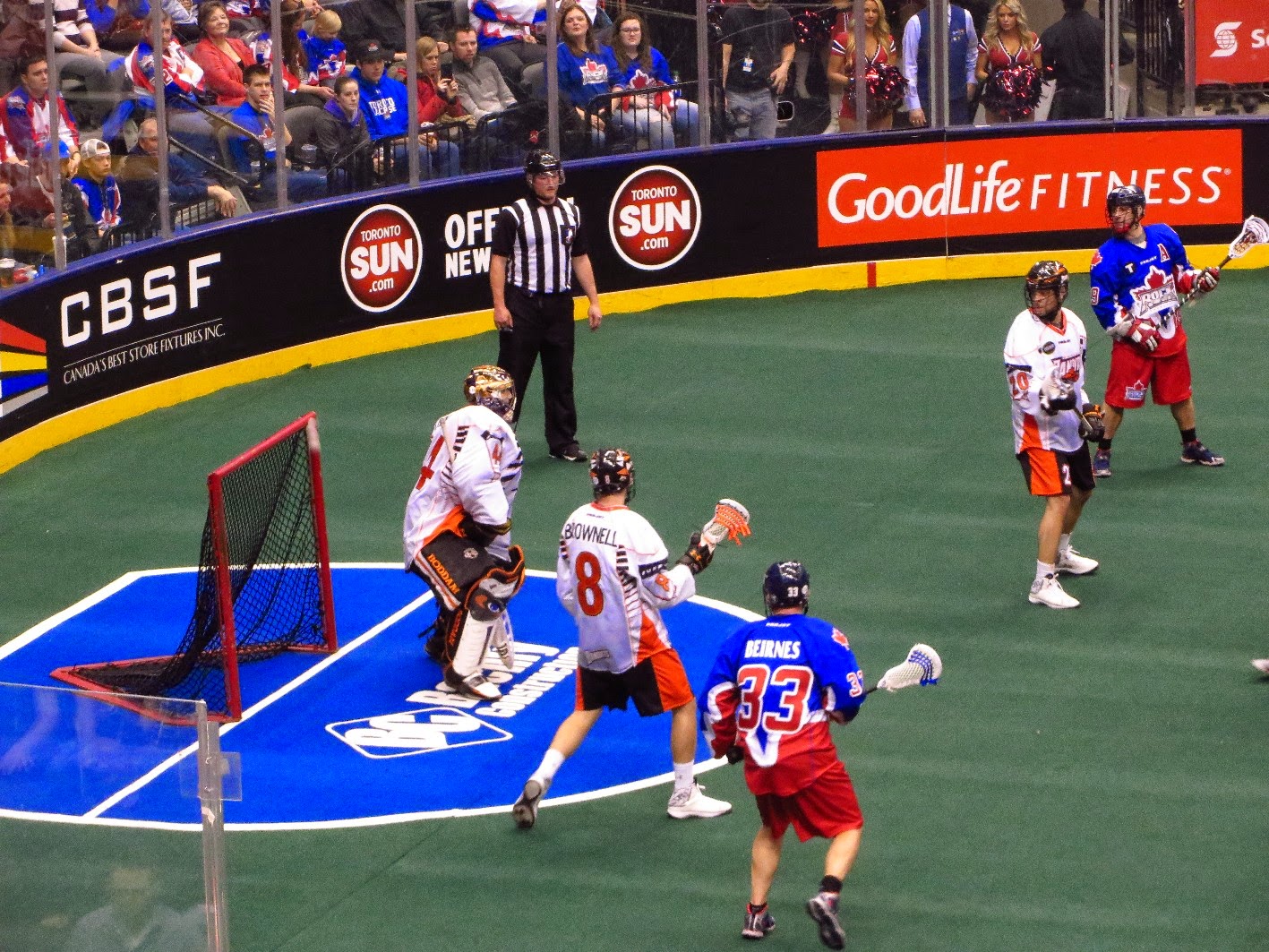 At the end of the third quarter, the game was tied at nine. The Toronto Rock Cheerleaders came out to energize the crowd. 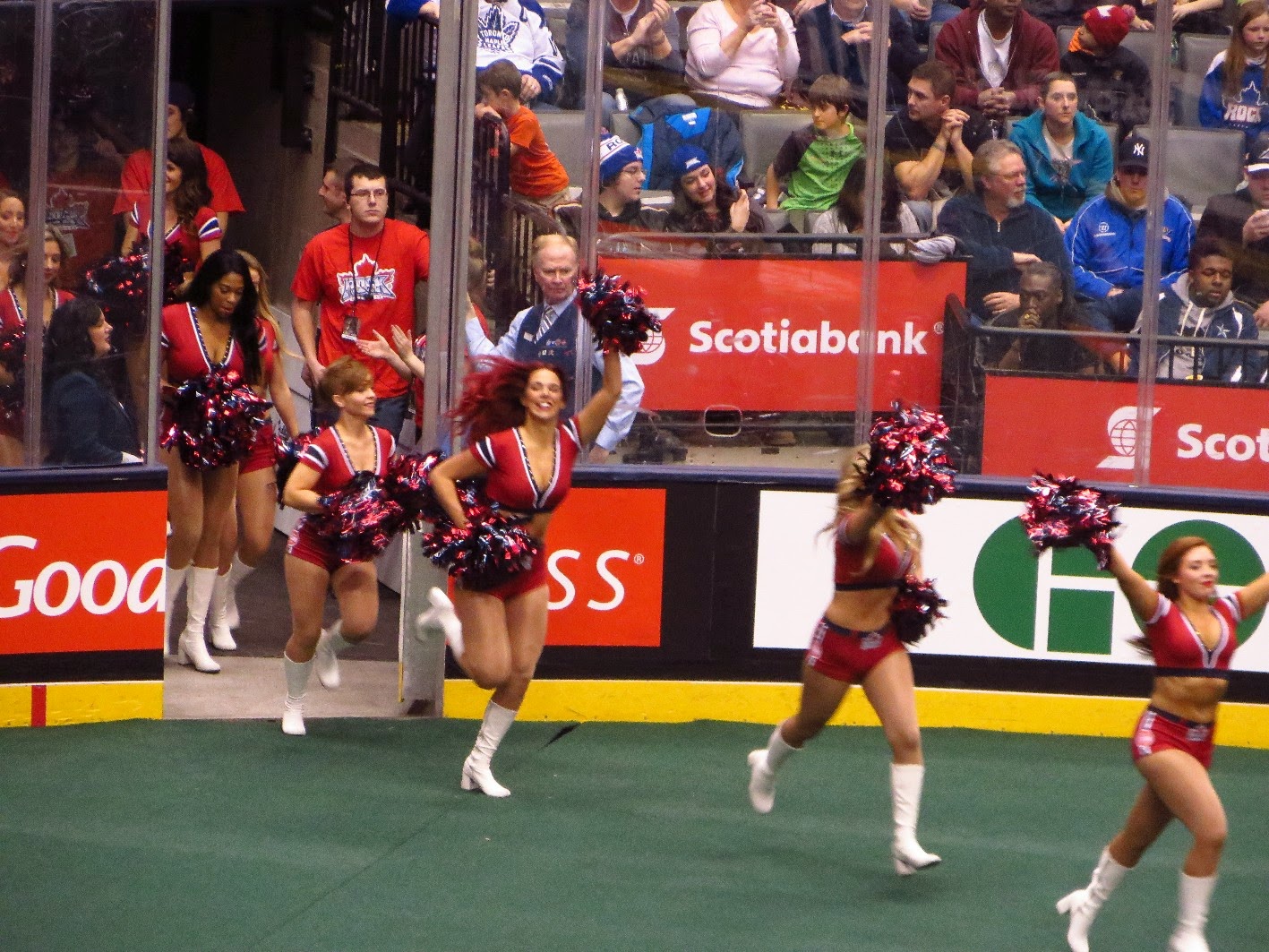 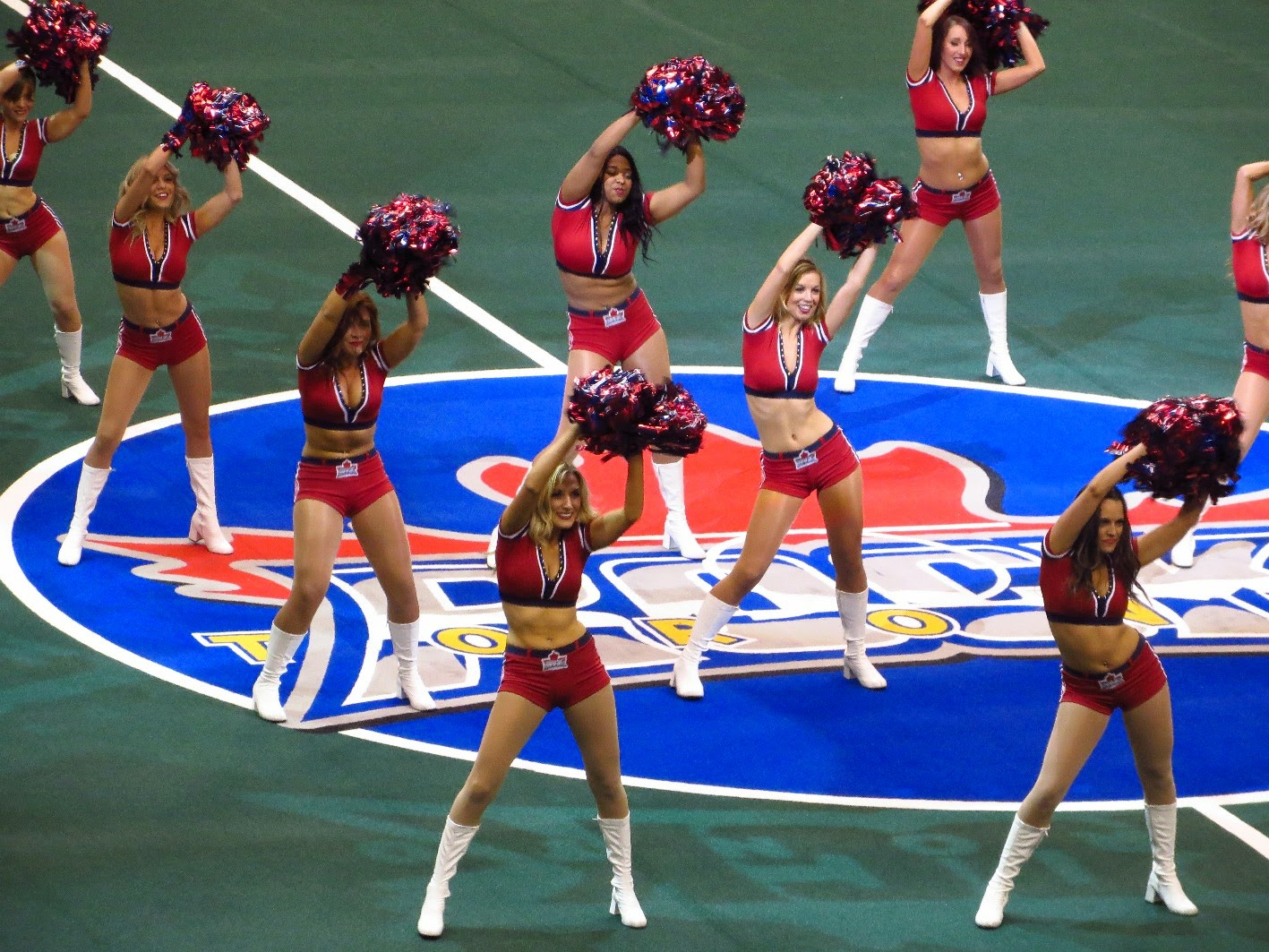 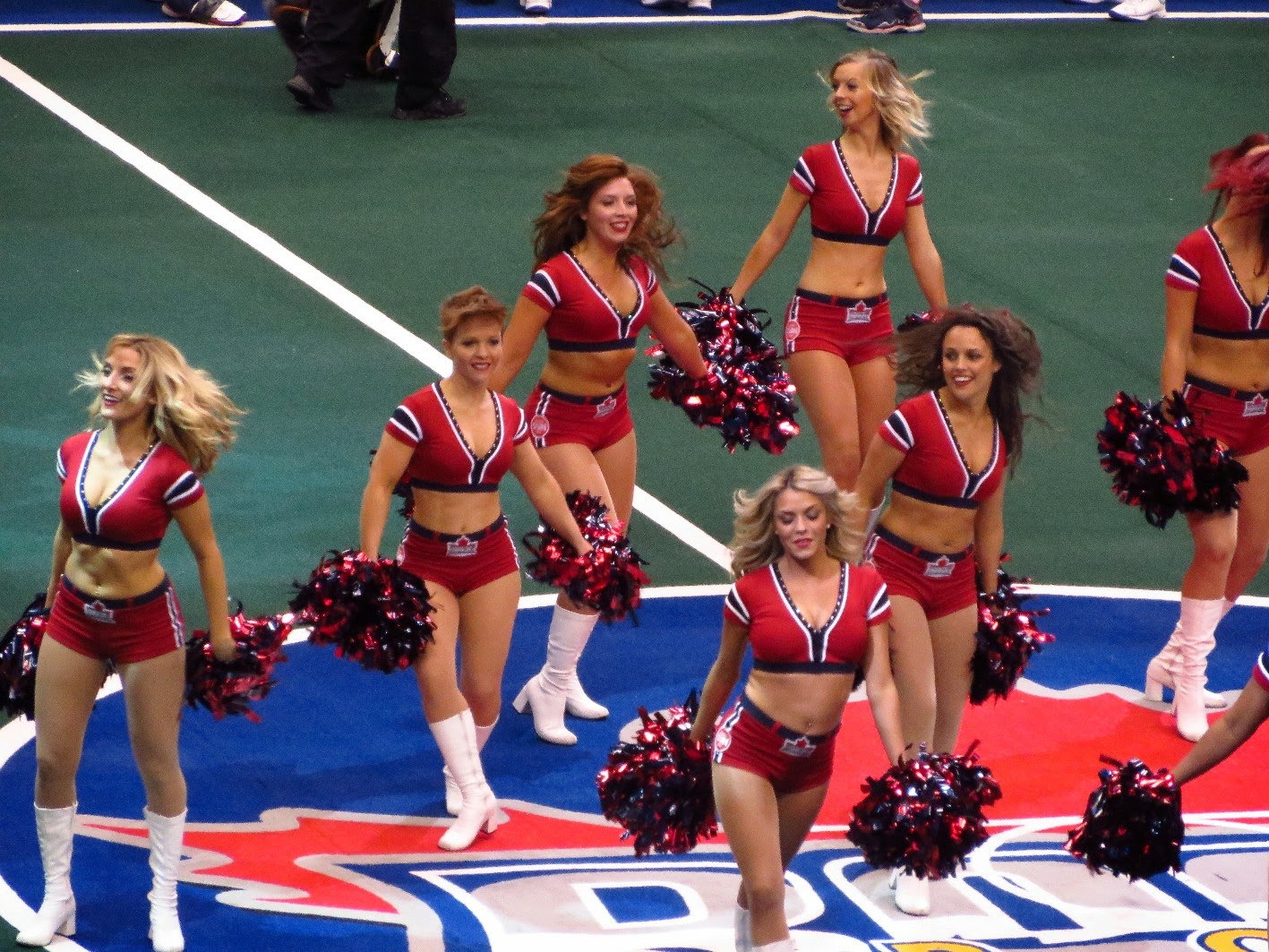 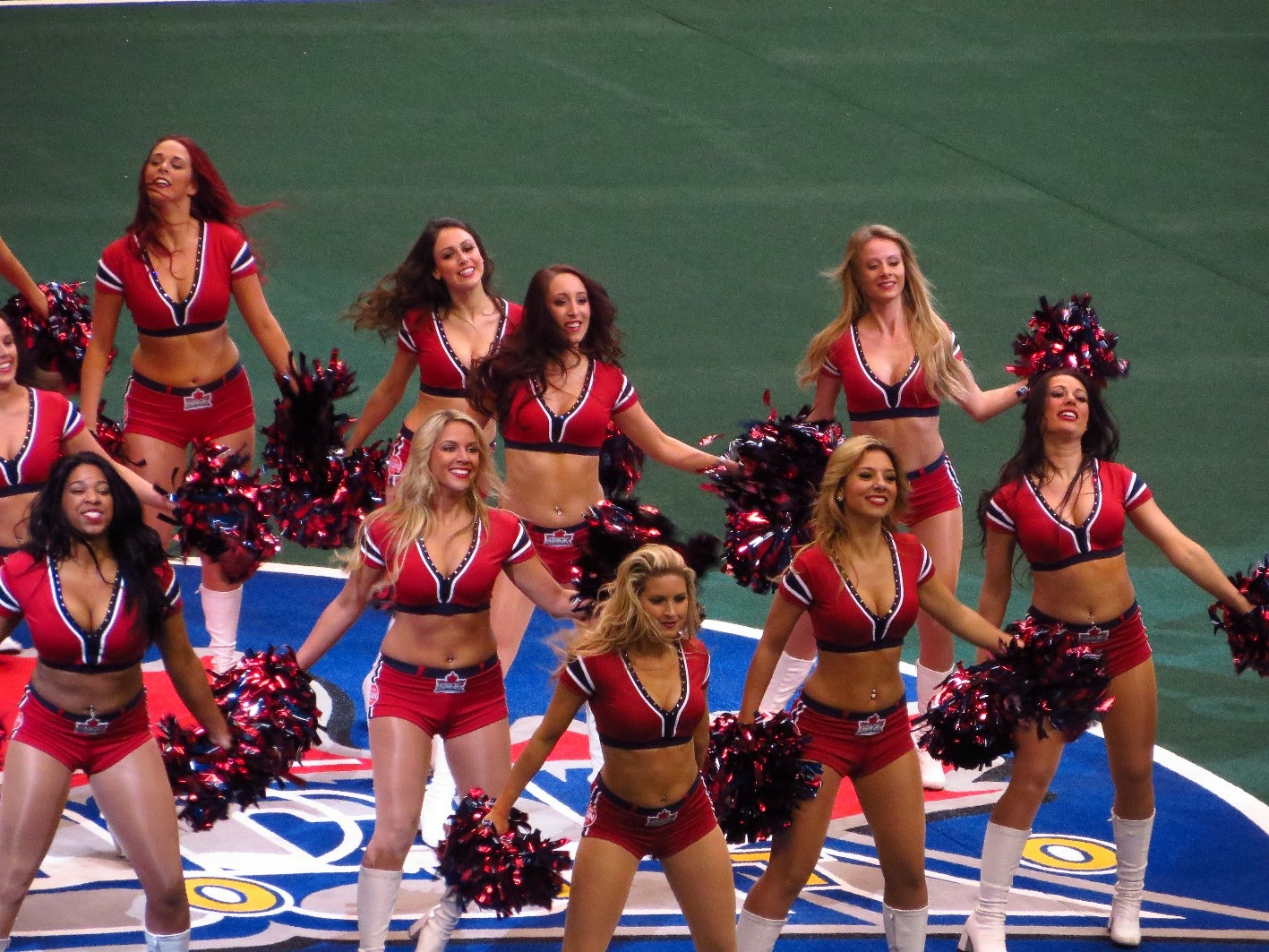 The final quarter went the way we wanted it to go. The Rock scored the first two goals before Buffalo countered with one of their own. Then with three minutes to go in the game, Toronto put in another two in a row before Buffalo scored.

At the buzzer, the Rock had won their third in a row 13-11. They congratulated each other and as usual shook hands with the opposition before taking a lap to salute the fans, something they do win or lose. It's more fun when they win. 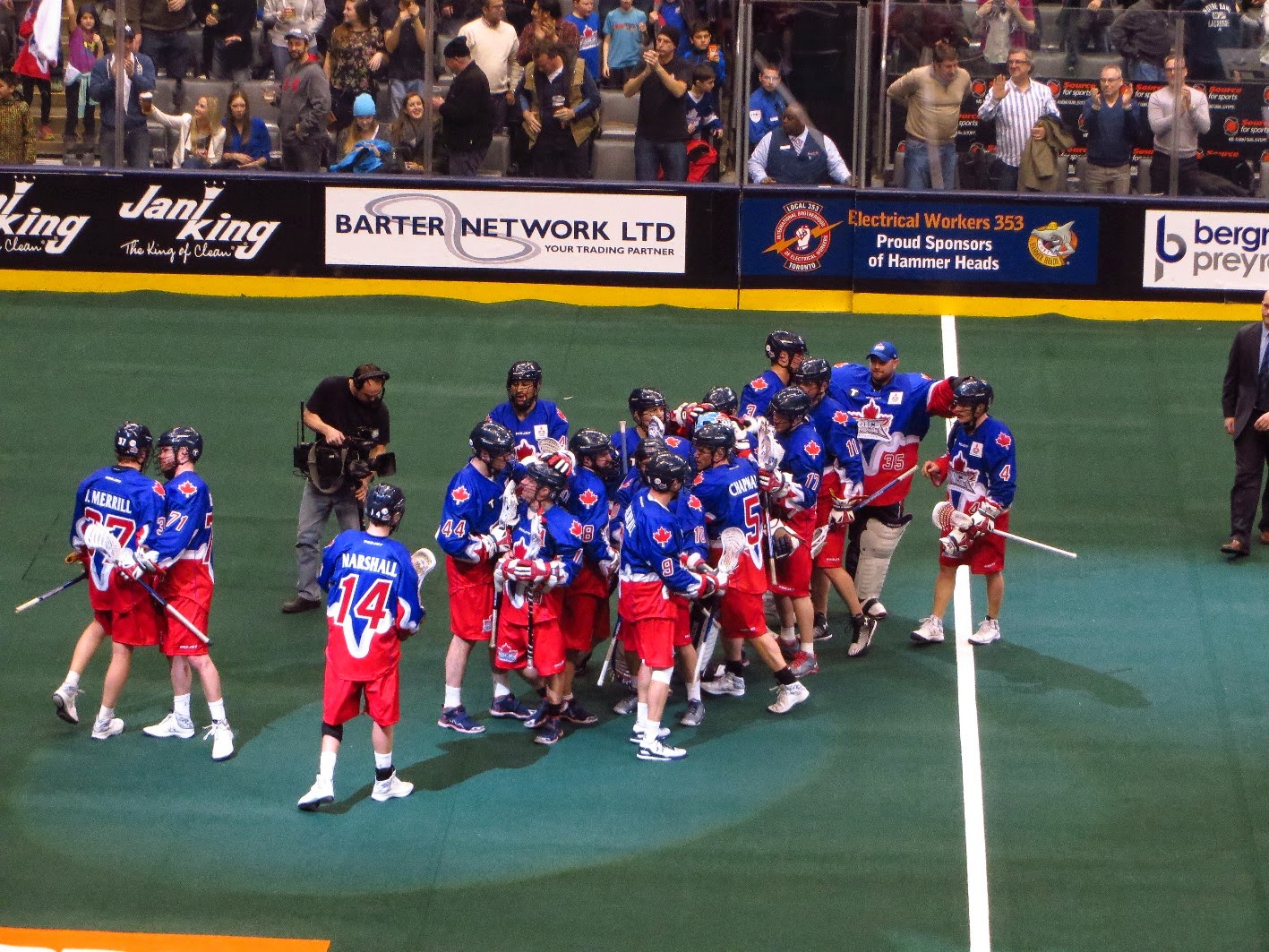 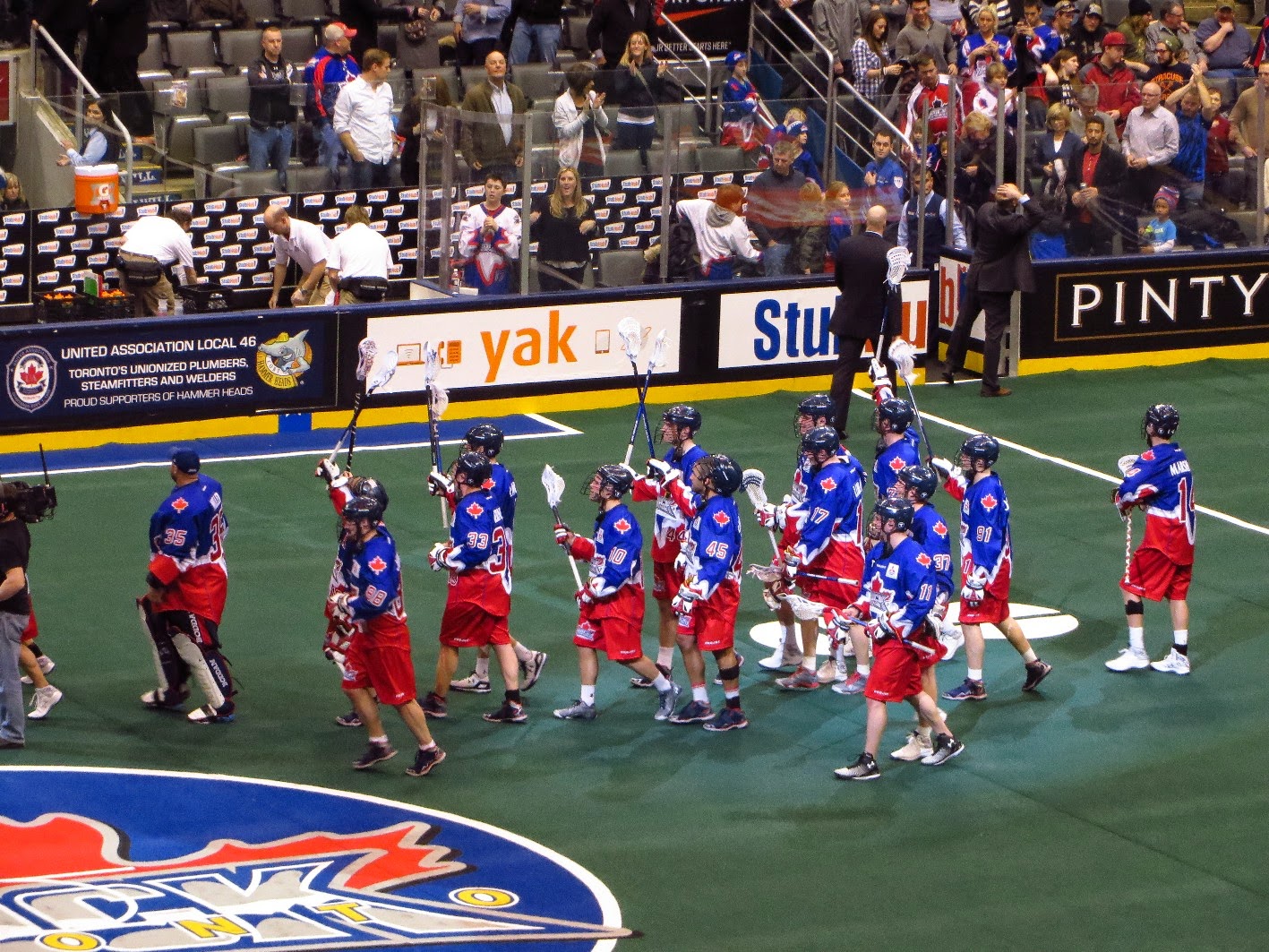 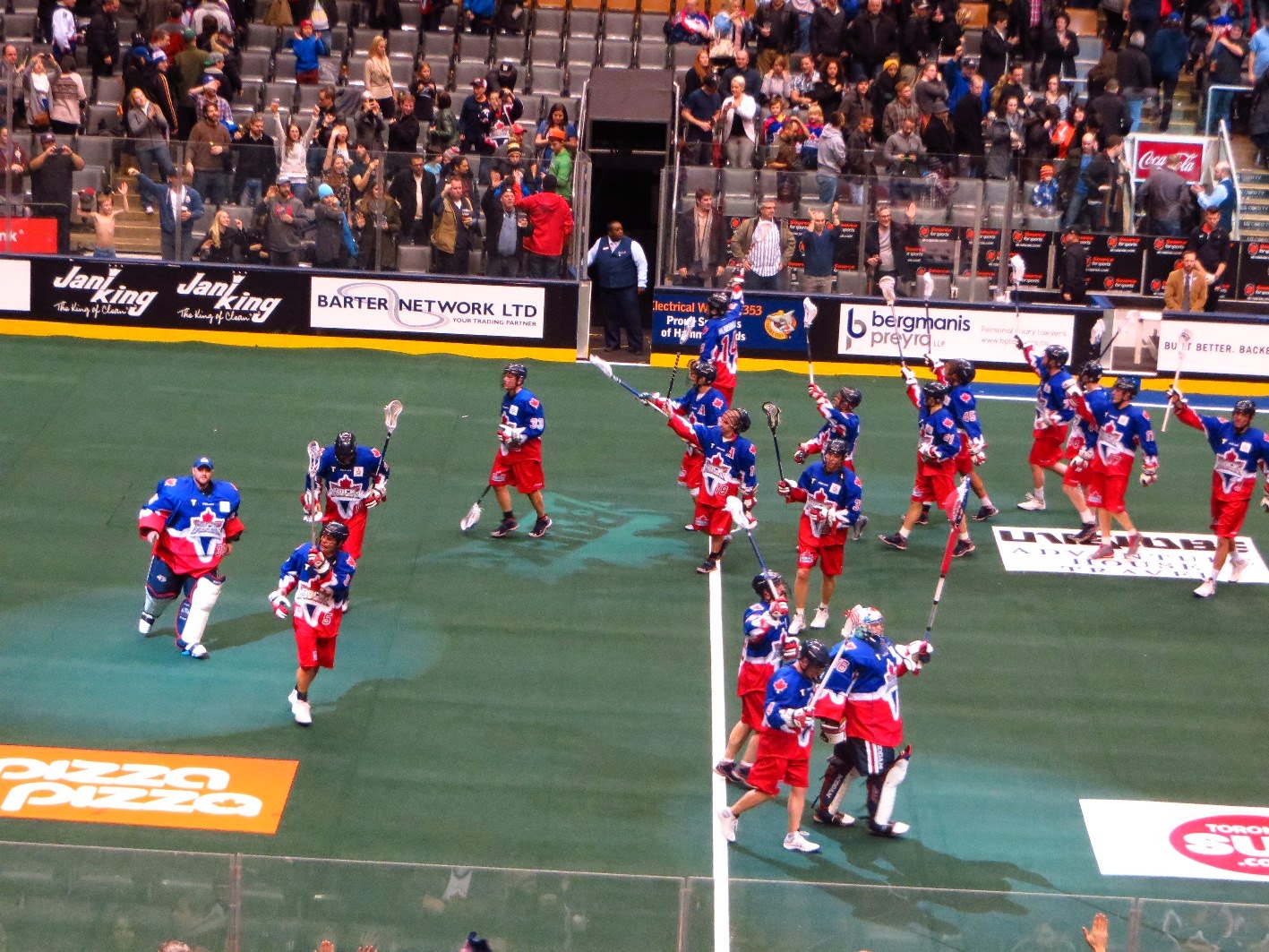 We are looking very forward to next Saturday nights game against the Calgary Roughnecks.
Posted by Swordsman at 22:00