An Afternoon at Session 99 - A Craft Beer Festival 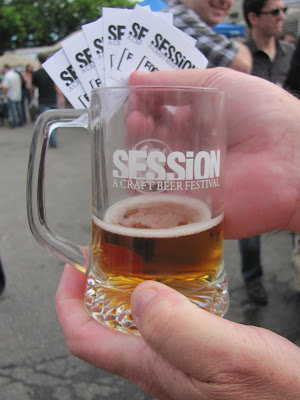 I love them even more when they are in walking distance in my neighborhood.

Today Teena, a couple of friends, Darlene and Jen, and I were at Session 99 - A Craft Beer Festival

This is the second year for this event. Last year when we went, it was at Sunnyside Beach Pavilion. The sun was out for much of the day. At times, the sky threatened rain but held of.

It was a well-organized event with beer stands both inside and outside the building. There was live music all day, food pairings and even performances by a circus sideshow. It was a great afternoon and I think a successful one for the organizers. I hope so, as I would love for it to come back to the same place next year. 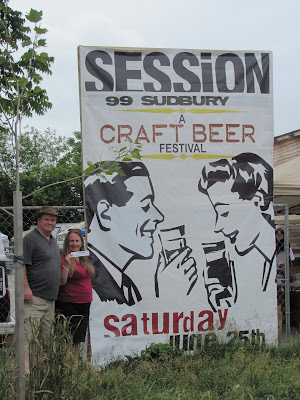 It was well-organized and attended, but never too crowded. 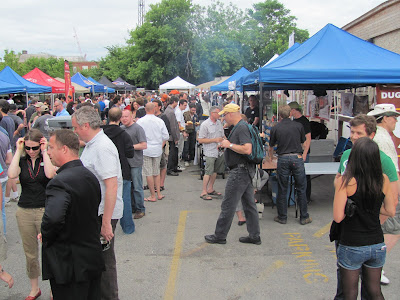 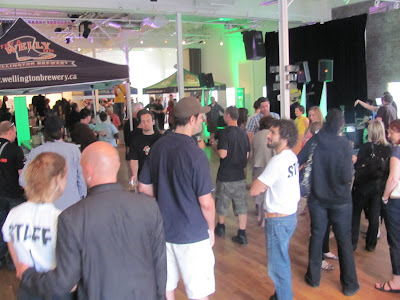 The day opened with short speeches and, of course, a CHEERS! 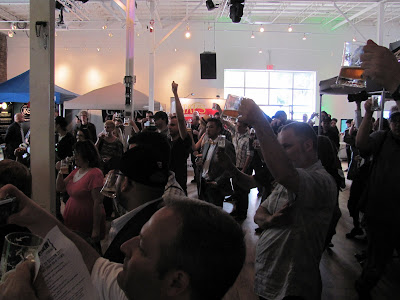 Teena and I were at the food pairing. Hop City paired their Barking Squirrel with braised short rib, mashed potatoes and asparagus. Teena didn't want her asparagus so I got to eat it. Then came Mill Street who matched their Ginger Beer, which I wasn't too crazy about, with beef kabobs, bok choy sum and king mushrooms. Again Teena did not want the bok choy sum and king mushrooms so I got them. I came away a little full. 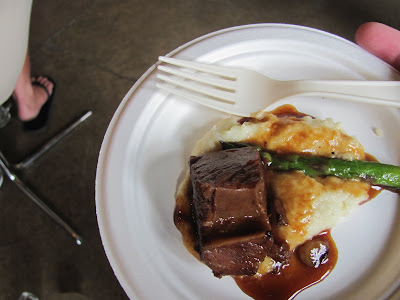 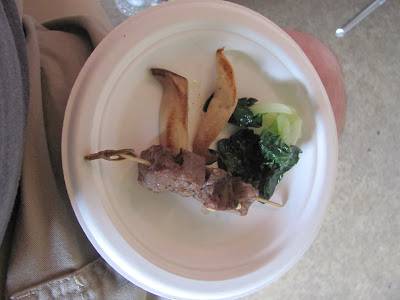 Cass from the Bar Towel was there manning the Garrison booth. Garrison came in from Halifax for the event. 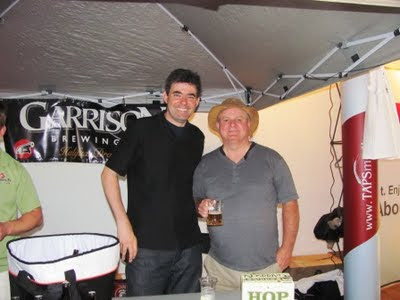 Darlene, Teena, me and Jen. 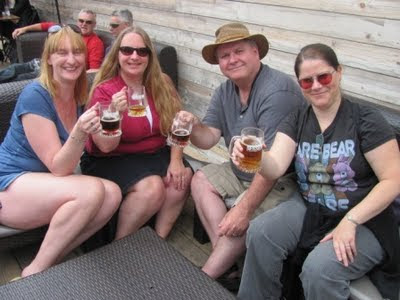 My favorite contraption, which did dispense excellent beer, was from the Kensington Brewing Company, who brews from the Burger Bar in Kensington Market. I had a couple of them plus a delicious burger. The beer comes out of the keg, runs through a hop infuser then down a chilling tub. Unique! 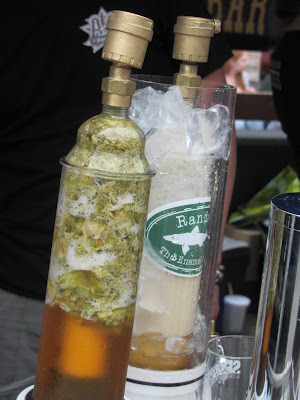 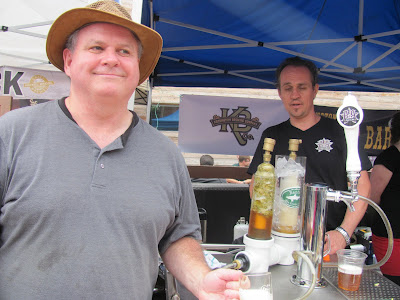 Hopefully it is the same place next year. But even if they move this event, Teena and I will be there next year.
Posted by Swordsman at 19:34