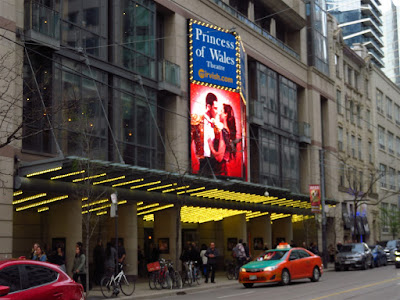 Tonight Teena and I were at the Princess of Wales Theater to see Strictly Ballroom The Musical.

Strictly Ballroom the Musical started as a short play. From there, it became a movie in 1992. I loved the movie and saw it a few times, although I have not seen it for a very long time. When I saw the play was coming to Toronto, I suggested to Teena that we go. Apparently, there has also been a book written based on the play. I don't know where it fits in on the timeline, though. This is the North American premiere and looks to be the same cast that performed in the UK.

The show follows the fortunes of Scott Hastings, a talented young dancer in 1980s Australia, who wants to make up his own moves – thereby losing his partner and putting him in conflict with the ballroom dance police.

The play is wacky, funny and lots of fun. It is so well-written and performed. The dancers were fabulous (Fernando Mira was terrific to watch doing the Paso Doble) as were the great sequinned outfits that fill the world of competitive ballroom. Yes, I used to watch the championships many years ago!

Strictly Ballroom is definitely worth seeing while it's in Toronto. Oh, and when you're there, get an oatmeal cookie with raisins. They're fabulous! 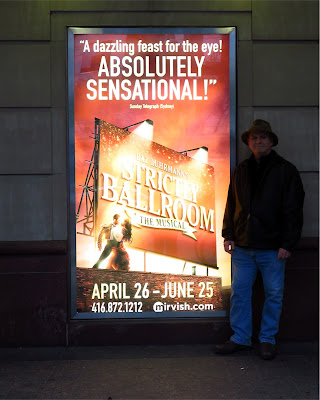 The macaroon with chocolate was delicious!