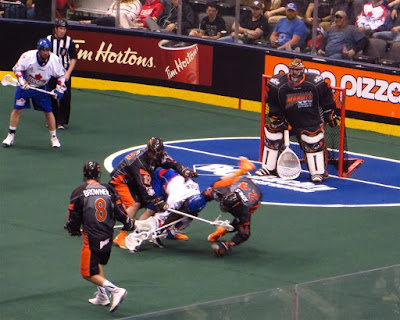 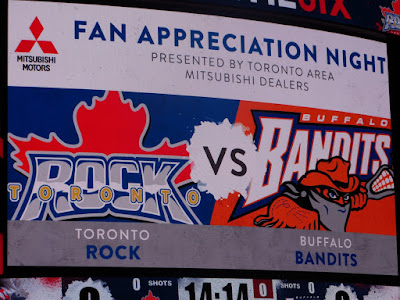 The top three teams in the division go to the playoffs. Toronto not only has to tie Rochester at the end of the season but they would lose the tie breaker. 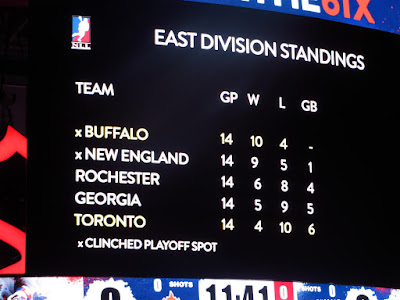 The American national anthem is done by Scotty Newlands. 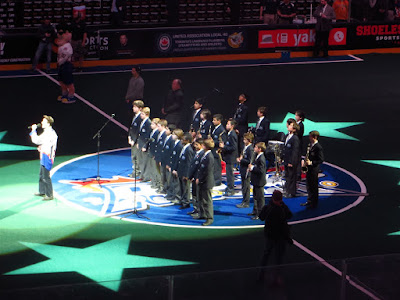 The UCC Prep School band did the Canada's national anthem and rocked it. 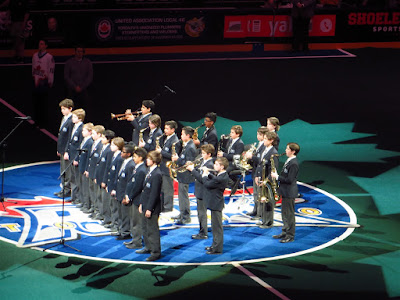 The Rock have their pregame huddle. 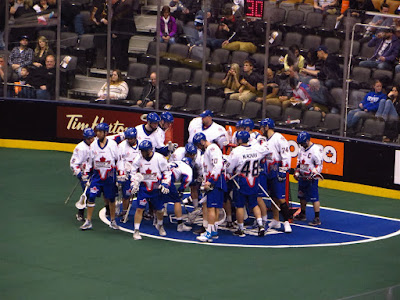 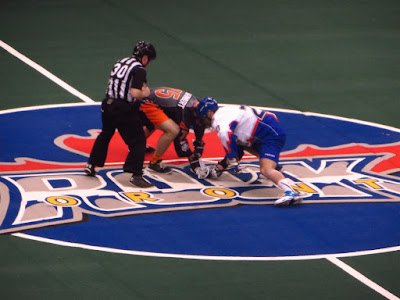 Rosie (Nick Rose) was fabulous in net. This is a save! 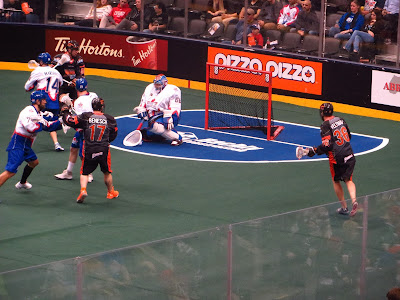 Buffalo fans after a goal. 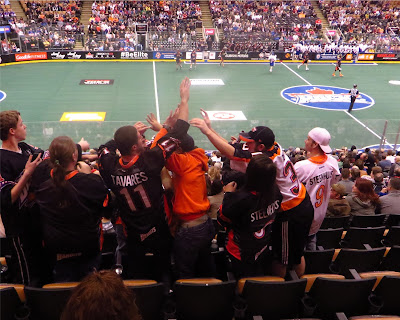 The redheaded guys were there. 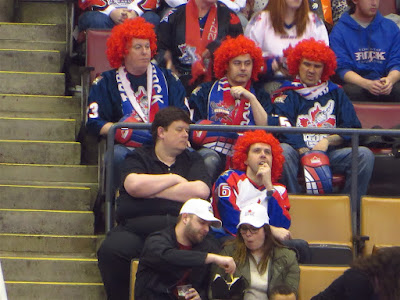 This goal was called back for being (obviously) in the crease. 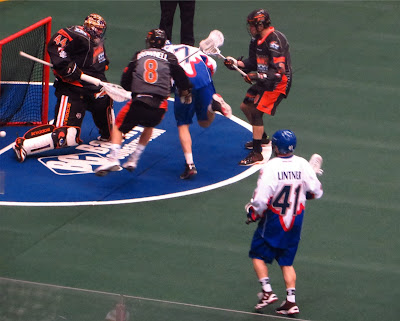 The Toronto Rock Cheerleaders came out to entertain. 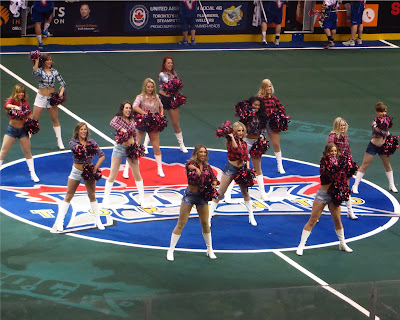 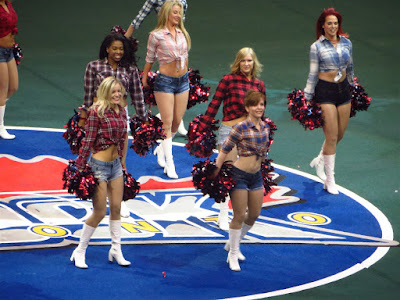 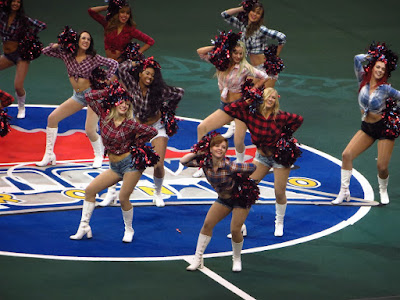 Iggy is always moving and working the crowd. This lady joins him in a dance. 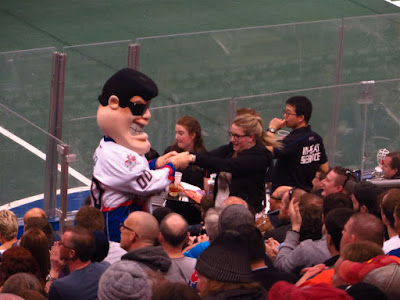 Scary moment at the start of the second half when Brock Sorensen went down in a heap after a hit and didn't move. It was a few minutes before he was up and helped to the dressing room. 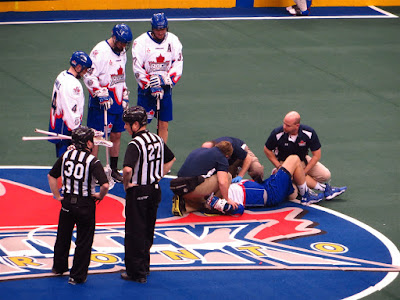 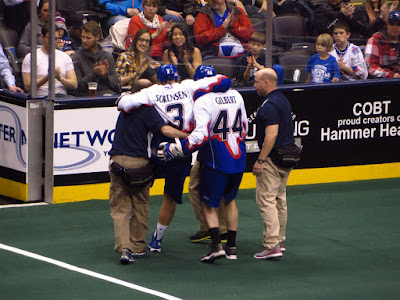 Tim and Gillian cheered on the team. 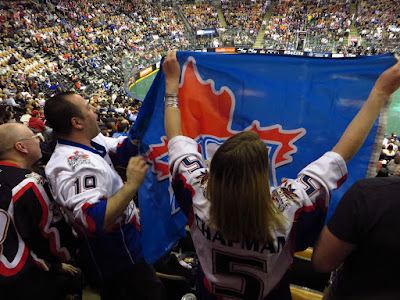 The Rock Cheerleaders came for for the last time in the regular season. 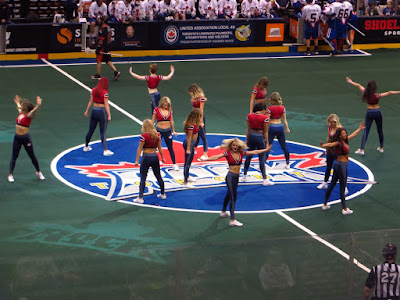 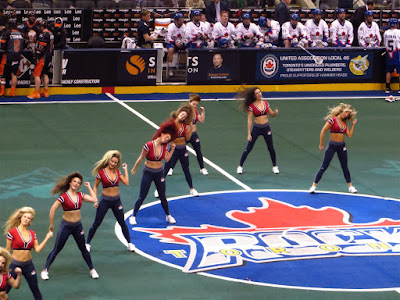 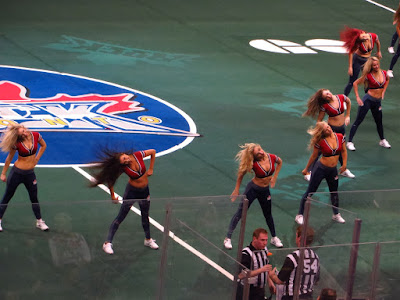 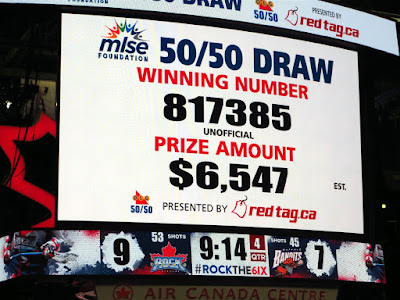 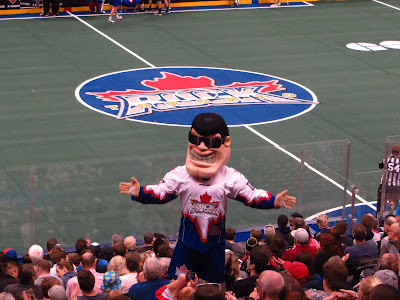 It was a close game until the Rock blew it open in the third quarter by putting in three goals and goaltender, Nick Rose, skunking the Bandits. Rose was fabulous in net again as he has been all year long. 9,237 loved it!

The Rock ended the quarter leading 8-7 but hadn't ended their scoring run, as they put in another three in a row to take a commanding 11-7 lead late in the fourth quarter. 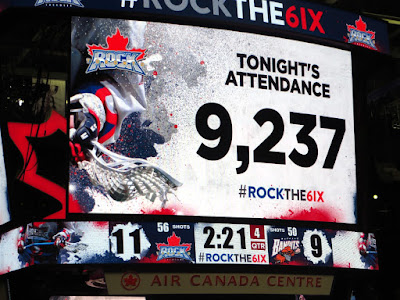 The final regular season home game goal for the Rock, giving us a 12-9 victory! 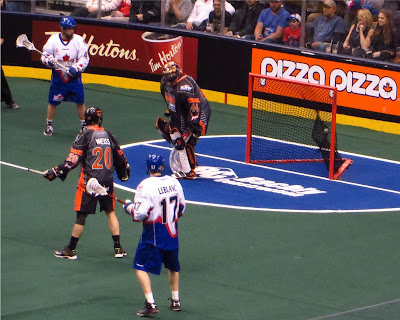 There was some pushing and shoving at the end of the game as tempers flared. Should make tomorrow night's rematch in Buffalo a very interesting affair. 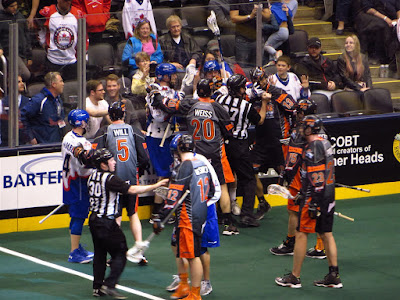 Nick Rose took the microphone to thank the fans for all the support before, as they always do, taking a lap around the stadium to salute the crowd. 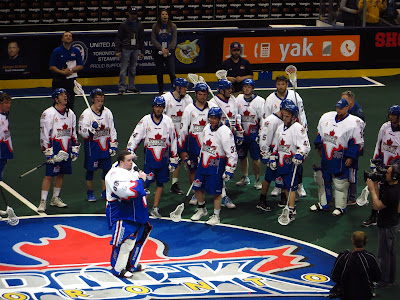 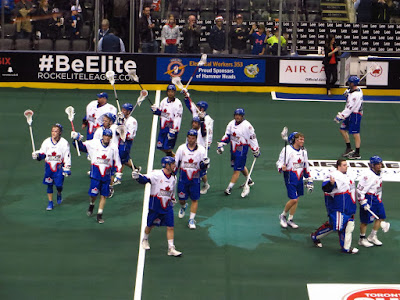 There still is a chance, slim as it is, that the Rock can make the playoffs. If they do and win the first sudden death game, we'll get to see them again at home. If not, we'll be picking up our season tickets for next year.
Posted by Swordsman at 23:17