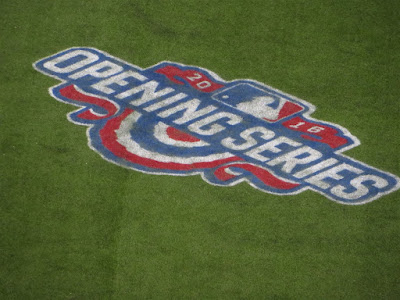 Tonight 62 of us from work invaded the Rogers Centre to watch the Toronto Blue Jays take on the New York Yankees. The Jays had only won one of their last six games and we were looking for that to change.

The singing of the National Anthems 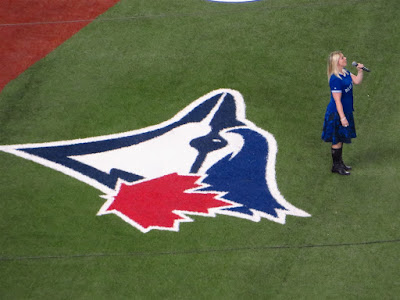 The view from our seats. When you're there live, it looks much closer. 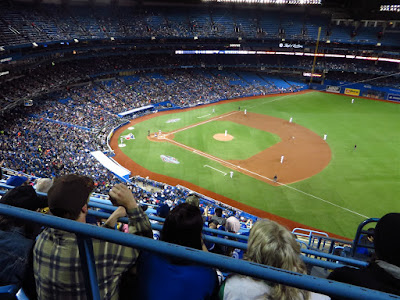 J.A. Happ throws the first pitch for a strike. 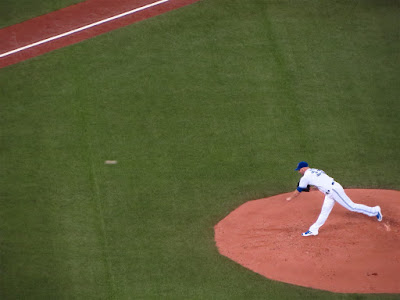 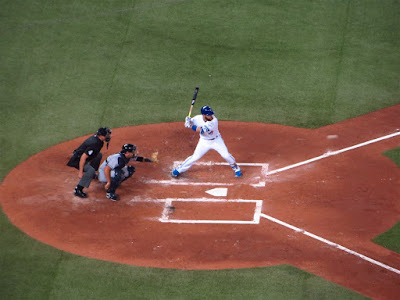 Edwin Encarnacion fouls one off. 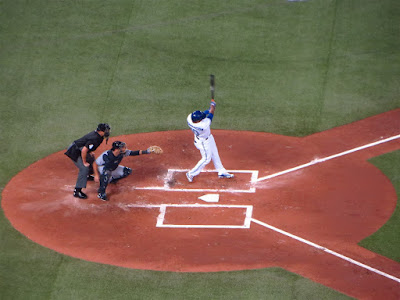 It was a tight game with the Jays leading by just one run 3-2 going into the bottom of the eighth. Jose Bautista is brushed back by a high inside pitch. 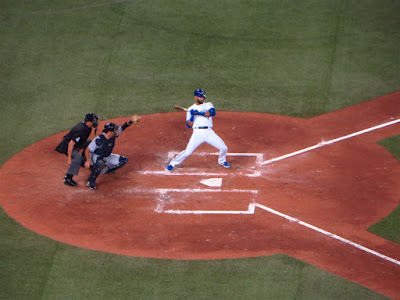 Carlos Beltran tries not to get beaned as Ryan Goins turns a double play. 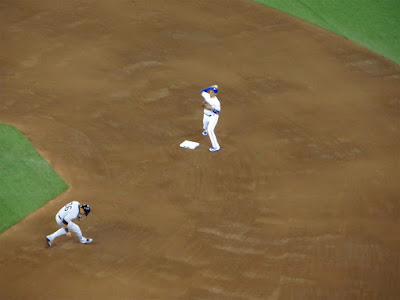 A shot from the other side of the field 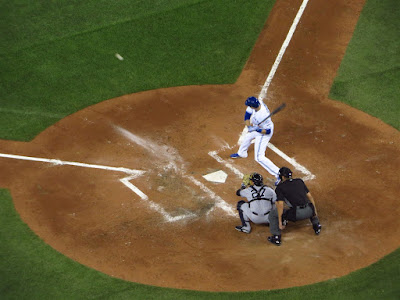 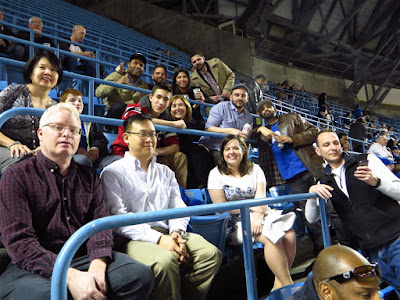 One of the work gang, Craig, met up with some friends in the Flight Deck and was shown on the Jumbotron. 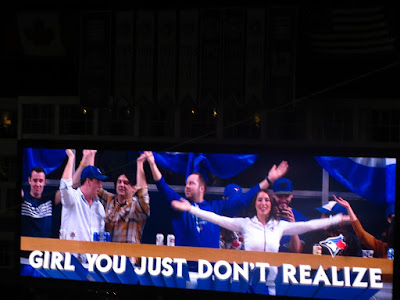 This is the way the batters box look before game time. 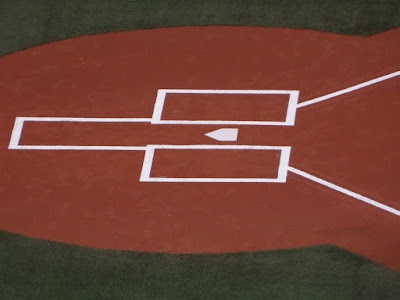 Here it is in the bottom of the eighth. 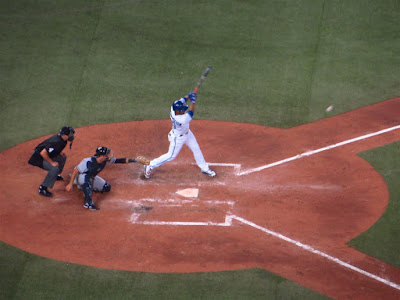 Speaking of the bottom of the eighth, the Jays broke the game open bringing in 4 four runs to take a commanding 7-2 lead. Pat Venditte, major league baseballs first ambidextrous pitcher, came into the game in the ninth to shut down the Yankees, three up and three down.

It was a great night with great people. Also of note, Jose Bautista during the game drove in his 800th RBI of his career. 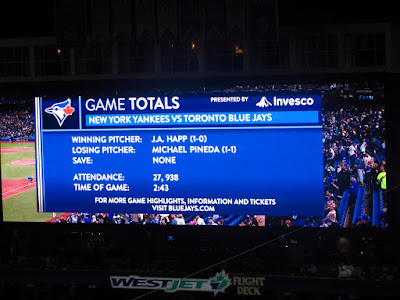 My next Jays game is a week Saturday against the Oakland Athletics. Looking forward to it.
Posted by Swordsman at 23:11