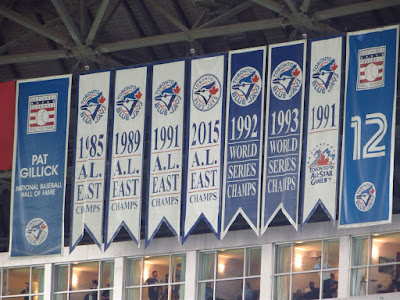 After winning the first two games of the season, the Toronto Blue Jays lost the next three in very close fashion. Teena and I went to today's game with hopes that the Jays would turn it around. The Jays banners in centre field, with the new 2105 A.L. East Champions in the middle, looks fabulous. 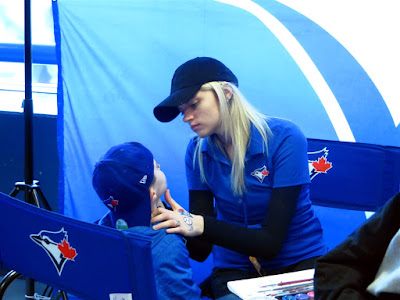 It's the 40th anniversary season for the Blue Jays. It's been a fun ride. 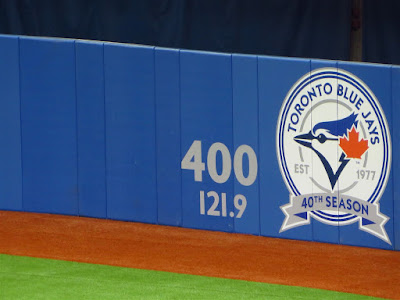 Lots of stretching prior to the start of the game. 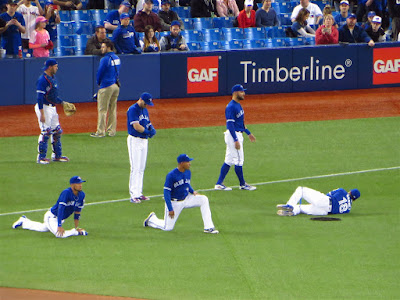 Fans are invited to take a selfie and post it on Twitter to #OurMoment. The Jays then would put it up on the Jumbotron. Teena did just that while I was off getting a beer and here she is! 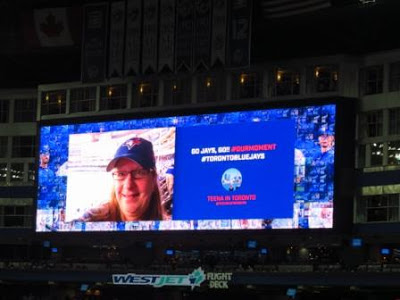 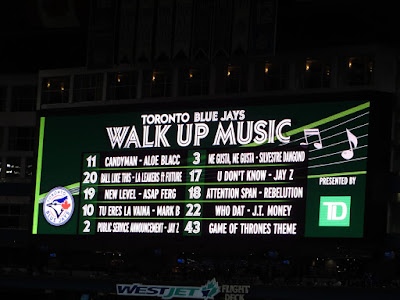 The Flight Deck was full of bunting and fans. 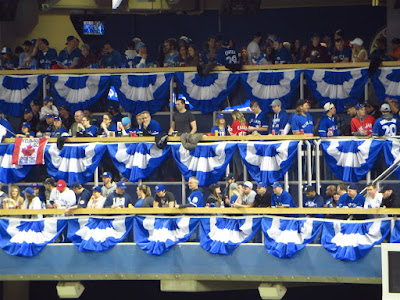 Dickey hurls the first pitch of the game. 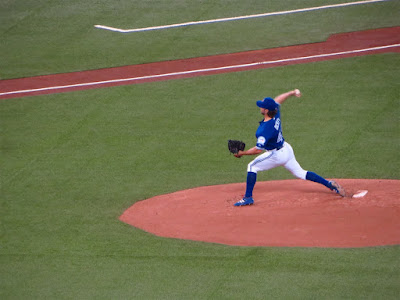 The view from our seats. We're actually closer than this shot shows. 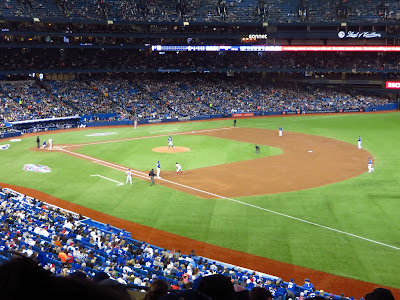 Edwin Encarnacion fouls one off. He singled in the first and was brought home with a two home run blast by Jose Bautista to give the Jays a 2-0 lead. 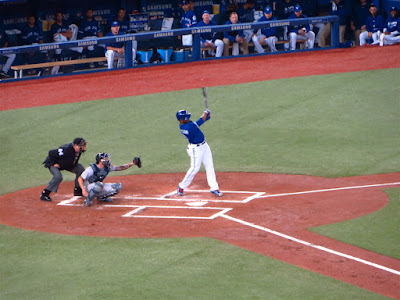 Bautista waits on an incoming pitch. After homering in the first inning, he did it again in the third, giving the Jays a 4-3 lead with another two run blast. 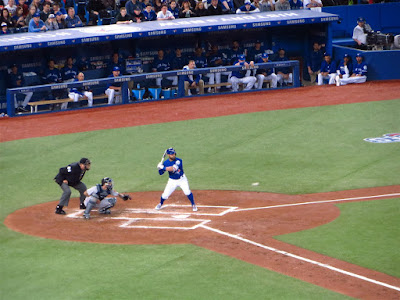 Josh Donaldson breaks his bat and gets a hit. 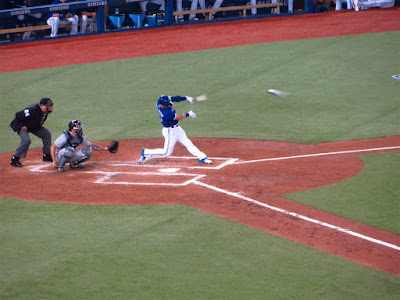 Bautista with a mighty swing. 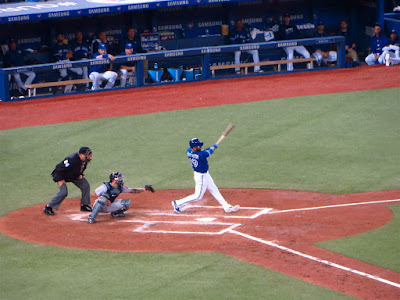 Some protesters ran onto the field but were quickly apprehended, cuffed and taken away. 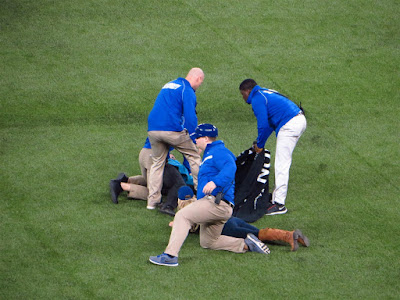 Dustin Pedroia for the Red Sox beats the throw to home. 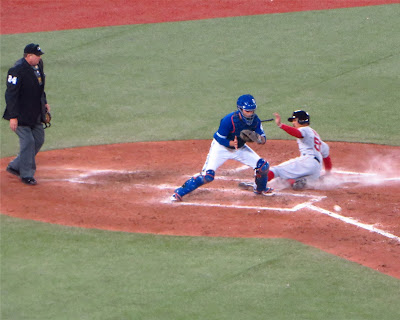 47,138 were disappointed with the end result of the game. 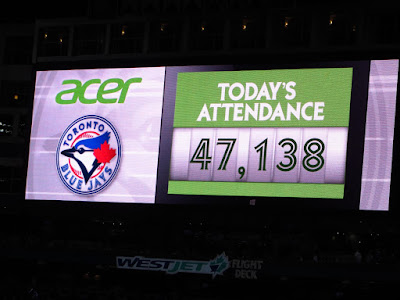 The 50/50 draw had a nice prize amount. Teena and I didn't win and didn't hear anybody from our section scream out in joy. 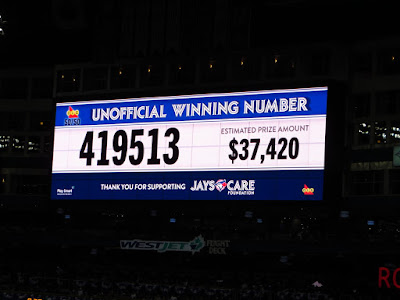 The Red Sox scored one run in the fourth, three in the fifth and another in the sixth inning, to take an four run lead. The Jays never scored after the third and lost 8-4. 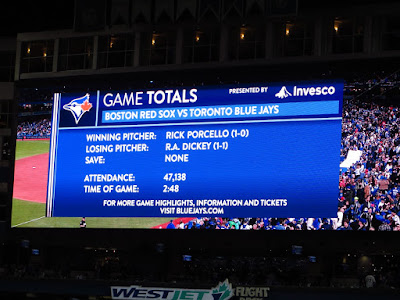 The season is very young so with a 2-4 record, it's no time to panic. I'm sure the Jays will turn a losing streak into a winning one, hopefully starting this afternoon.

My next game is Wednesday against the Yankees with a group from work and we'll all be looking for a win.
Posted by Swordsman at 16:00