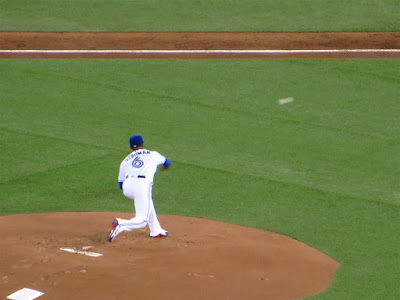 Tonight Teena and I were at the Toronto Blue Jays 2016 home opener against the Boston Red Sox. The Jays came into the game with a 2-2 record and were playing to a packed house. 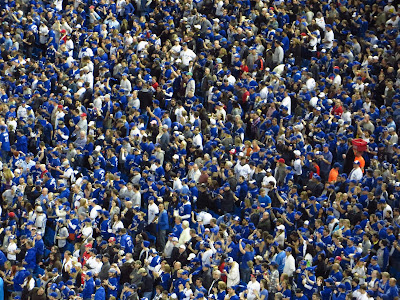 Before the game, there was a presentation of the American League MVP to Josh Donaldson. The award was presented by the only other Blue Jay to win this most prestigious award, George Bell. 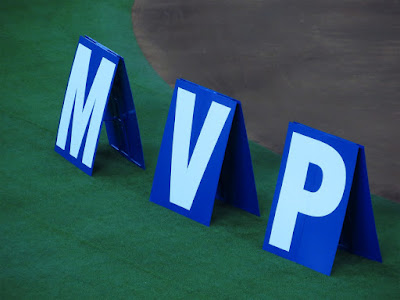 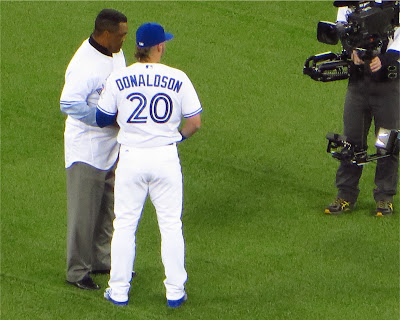 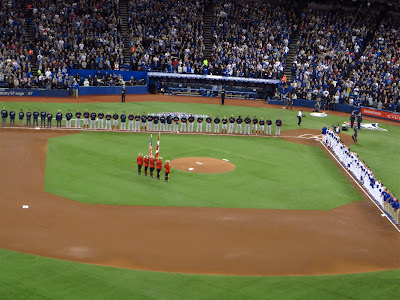 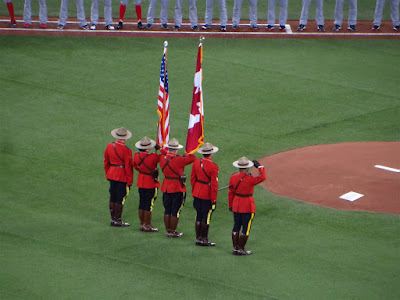 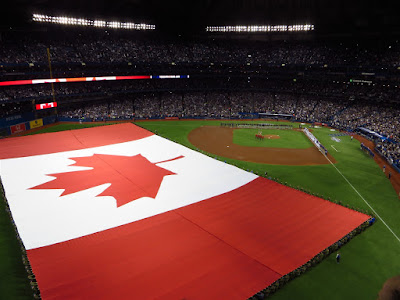 When Toronto Blue Jays batters come to the plate, music of their own choosing is played. Here is their walk-up music. Down 2-1 in the fourth inning, Josh Donaldson cranks a grand slam in the 4th inning. I actually clicked my shutter at the perfect time but immediately like everybody else in the stadium knew it was gone, moved, so Josh was blurred as was the ball. Here is the celebration after. 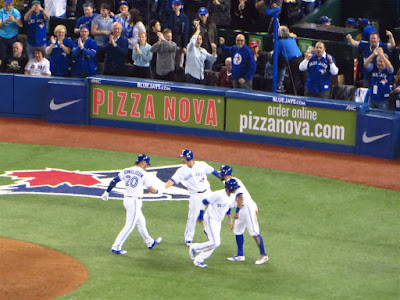 Edwin Encarnacion had to slide into second base on the new infield and left his mark in two places. 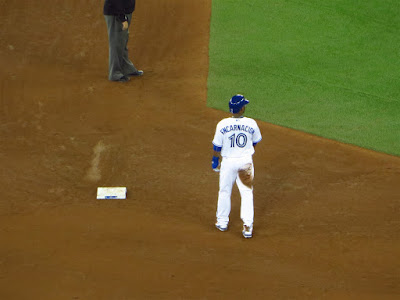 Teena bought a new Jays cap tonight and we took a selfie. 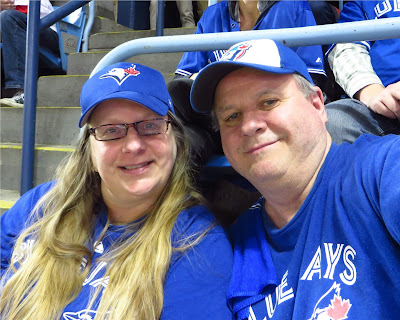 I cropped it as there was a very expert photo bomber in the background. She did this to quite a few of our shots that we took on both Teena and my cameras, but this one was the best. 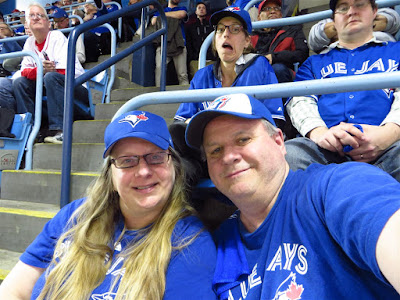 With the new infield, the Jays no longer have the worlds fastest grounds crew. No matter, except that there is not a dirt warning track, this is how a baseball field should look. 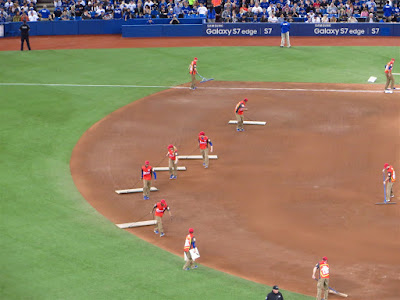 Canadian Michael Saunders below us playing left field. He was hurt all last year. Glad to have him back. 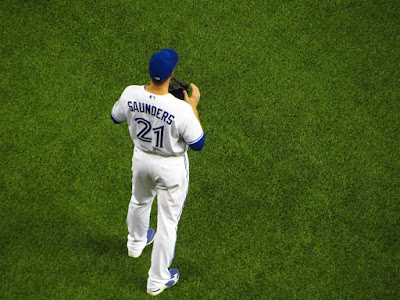 Gavin Floyd pitched a perfect 8th inning. I met his parents at Boston Airport quite a few years ago and had a drink with them. They are great people. 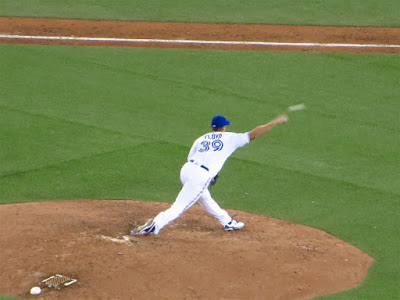 Ace revs up the crowd! 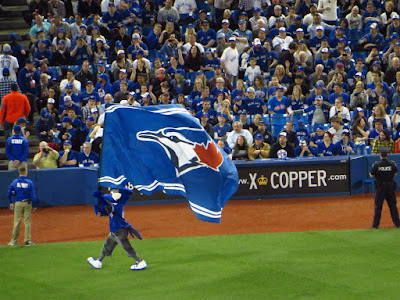 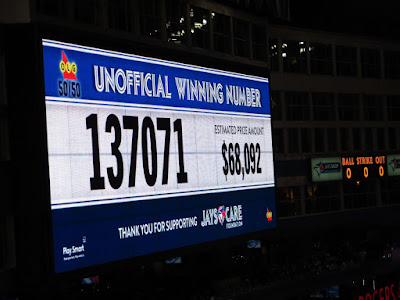 Sadly, the Jays let a 7-2 lead slip away and lost 8 - 7 to the horror of the 48,871 in attendance. I do like how the Jays fans react now to the opposition. Not with contempt or hostility.

I was out getting a drink when Brock Holt for Boston hit a grand slam. In the past maybe 20% of the people would have cheered. I heard nothing. If I hadn't seen it on the TV monitor, I would not know it happened. Nobody booed the Jays. Nobody cheered the Sox. Just regular noise like it was between pitches.

This city is Jays city!

Here are the totals. Tomorrow Teena and I are back at the Rogers Centre for game two of this series and I know it will be a better result. 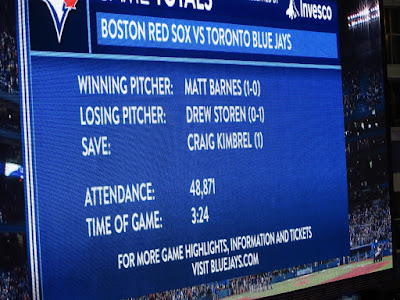 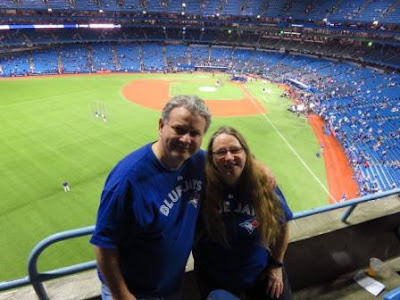