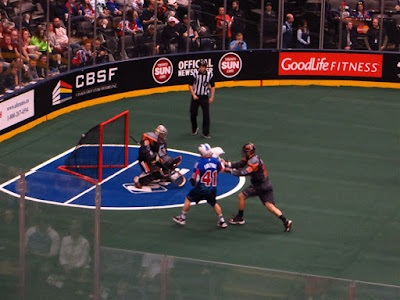 This afternoon Teena and I watched as the Toronto Blue Jays were dumped by the Boston Red Sox. Tonight we watched as the 4-9 Toronto Rock took on another New England team, the 8-5 Black Wolves. The Rock came into the game two games plus out of a playoff spot. I say plus as they are two games back of Rochester, but as Rochester has won the season series against Toronto, they would advance to the playoffs in the event of a tie at the end of the season.

It was charity night, and all proceeds from the 50/50 draw and charity auction at the end of the game go to the Smilezone Foundation. 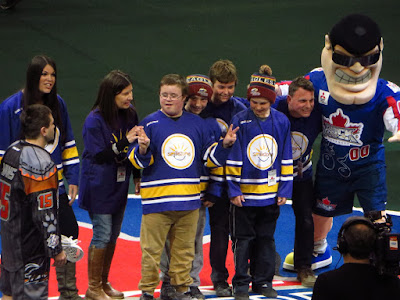 The Smilezone Foundation’s mission is to create, build and transform areas in hospitals, private treatment and development centres, and children’s clinics in order to improve the lives of children facing illness, disabilities, and physical and emotional obstacles. 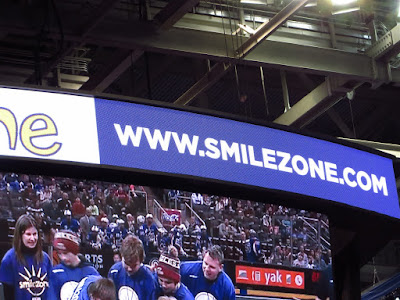 Teena and I always enjoy Scotty Newland's style of singing the national anthems. 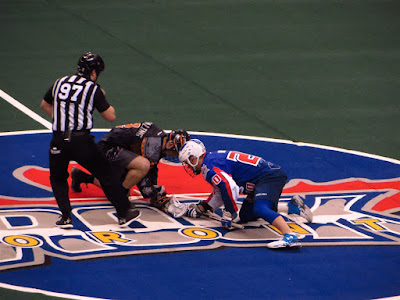 It looked like it was going to be a high scoring affair as the score at the end of the first quarter had the Rock down 4-3. Some game action. 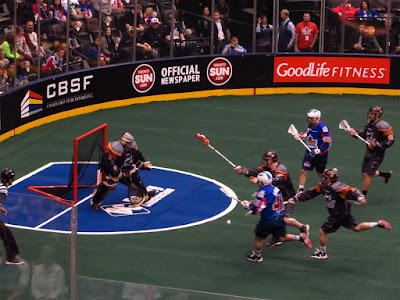 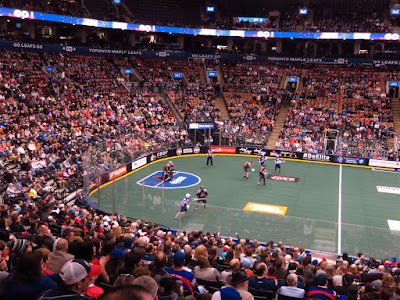 The red headed guys watched as the Black Wolves extended their lead in the second quarter. 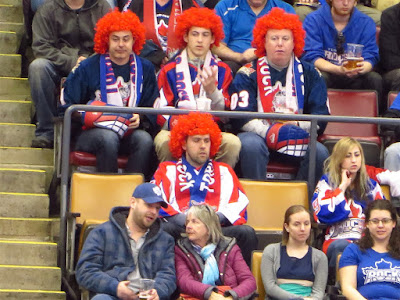 The Toronto Rock Cheerleaders came on to entertain the crowd. 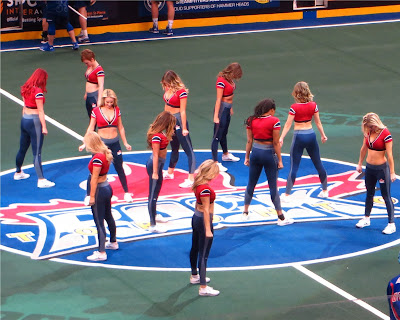 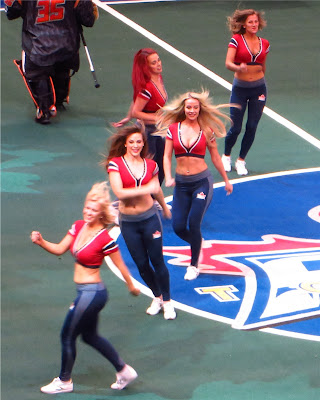 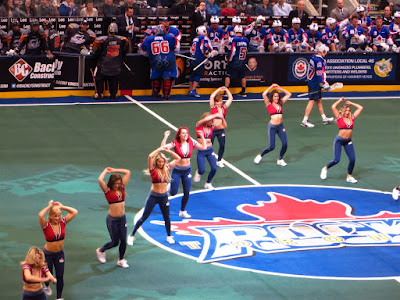 The Rock only managed to score one goal in the second period and found themselves trailing 8-4 at the half.

Iggy did his usual great job of working the crowd around the stadium. 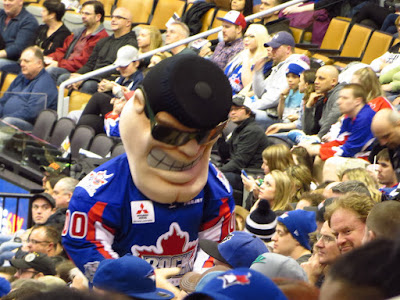 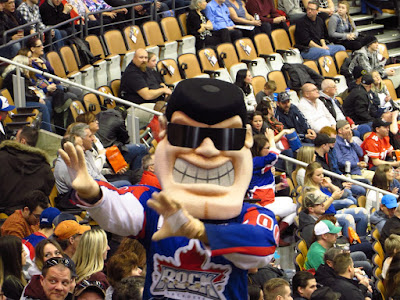 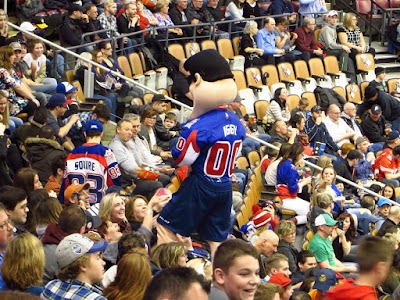 Things didn't improve for the Rock in the third as they only managed two goals and were down 10-6 going into the last period. More action. 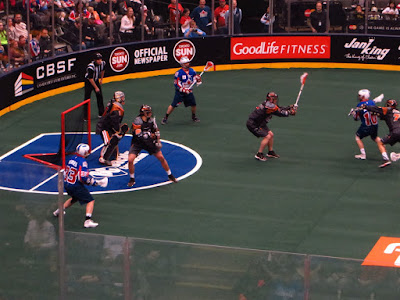 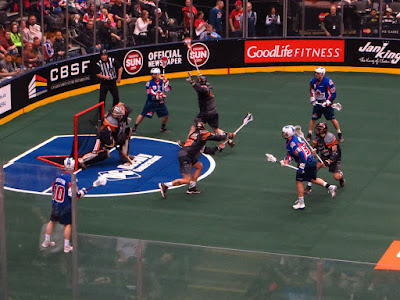 As usual, Tim and Gillian raise the Rock Flag after every Rock goal. 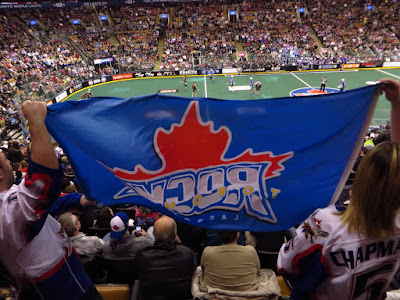 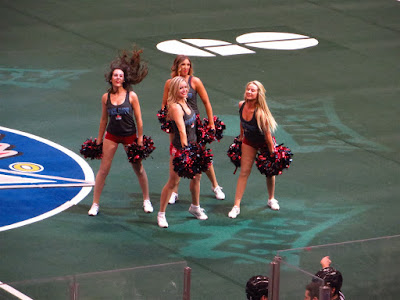 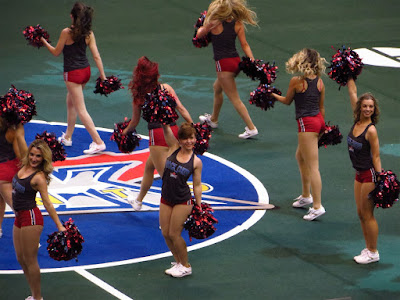 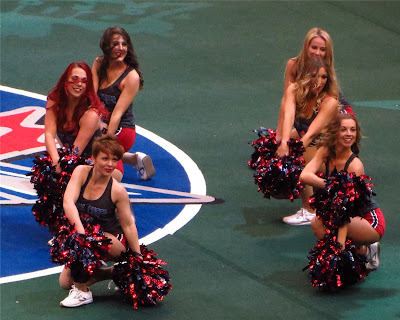 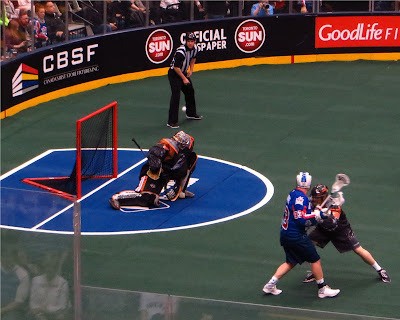 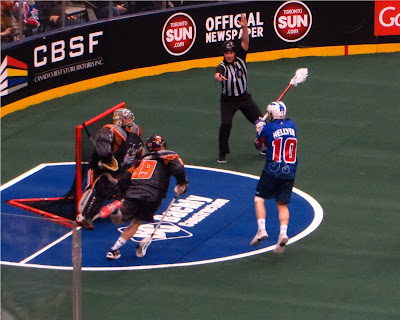 We didn't win the 50/50 draw this afternoon and didn't win it tonight either. 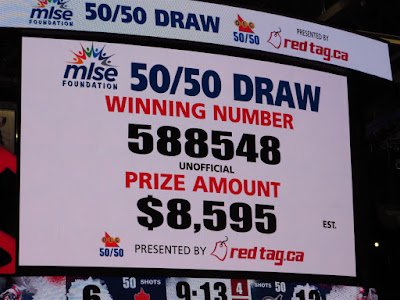 We saw people thrown out of the game this afternoon and saw a fan being thrown out tonight. 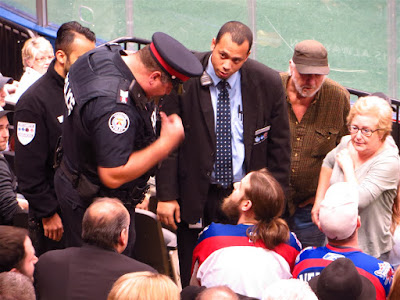 After the first quarter, the Rock were never in it, losing 14-10. 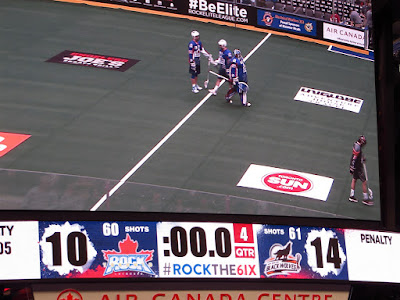 As always the Rock, win or lose, salute the fans. 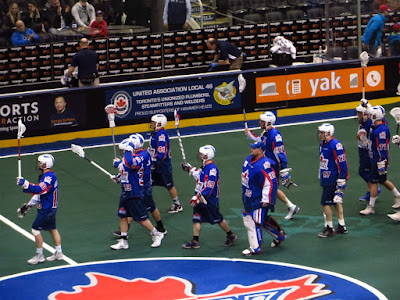 Teena and I came into today hoping to witness two Toronto wins but the Jays and Rock didn't come through.

This coming Friday is the Rock's last home game of the season before going on a three game road trip. Teena and I will be there.
Posted by Swordsman at 23:49