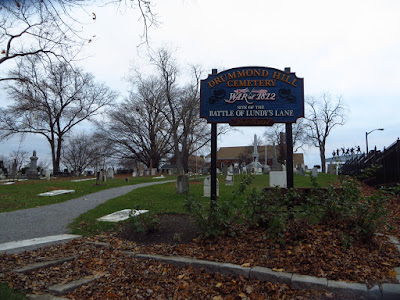 Today I am in Niagara Falls, staying overnight as tomorrow I have an early fencing tournament. I arrived at 4pm in Niagara Falls and headed down to the Lundy's Lane Hotel Museum. I arrived around 4:30pm but being off-season, it had closed early. It looks nice. I'll have to come back at a better time. 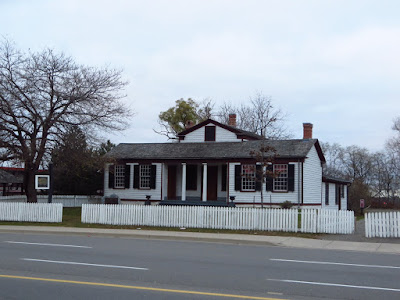 Still I had the battlefield to tour. With the 200th Commemoration of the war, a gateway with carvings was built at the top of the hill where some of the bloodiest action of the night took place. 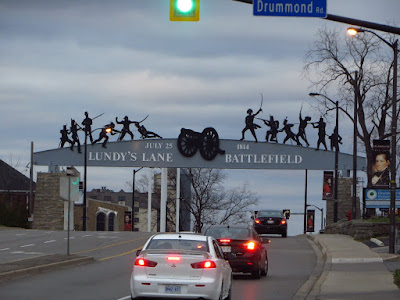 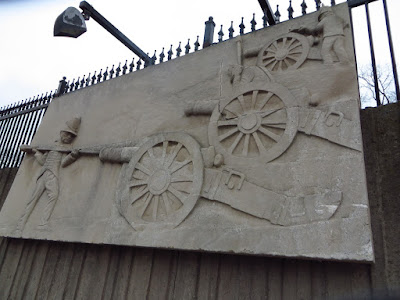 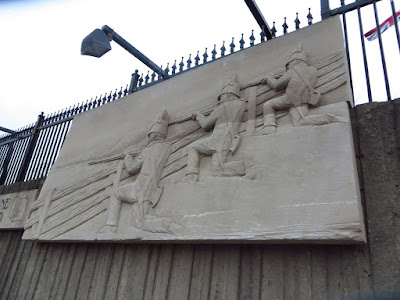 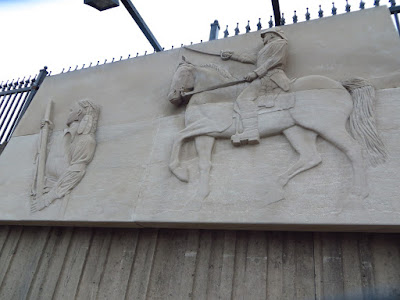 A memorial to the midnight battle of Lundy's Lane. 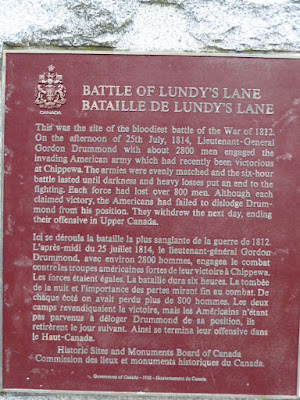 This is the grave site of Laura Secord, who walked 30 km/19 miles to warn the British of an impending surprise American attack on their position. As a result, 50 British soldiers and a group of aboriginal warriors caught and captured 542 American troops. 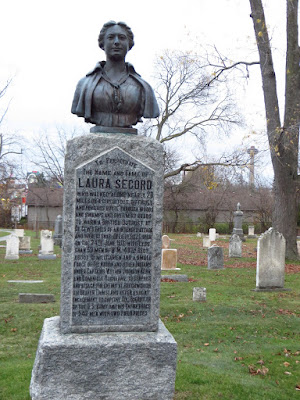 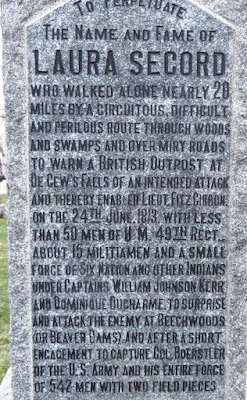 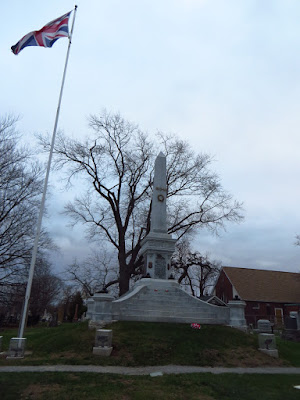 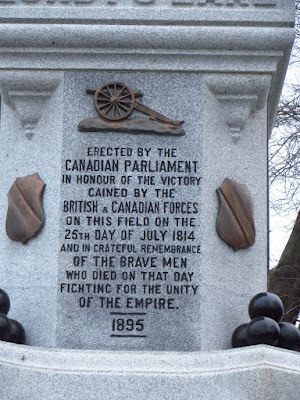 This memorial is to General Drummond, who commanded the British troops in victory that night and stood watch over the battlefield the next night awaiting another American attack that never came. 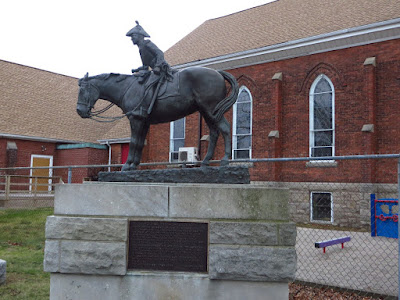 Graves of unknown American soldiers who died in battle that night. As Remembrance Day just passed, American flags are place by their tombstones and somebody had placed an American penny on one of the plaques. 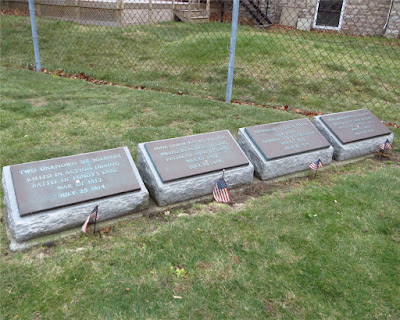 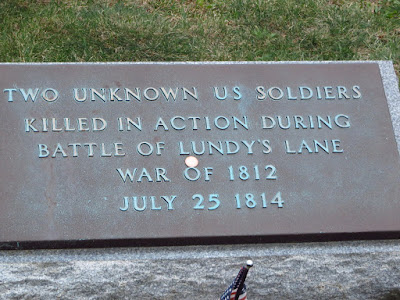 Another view of the memorial. 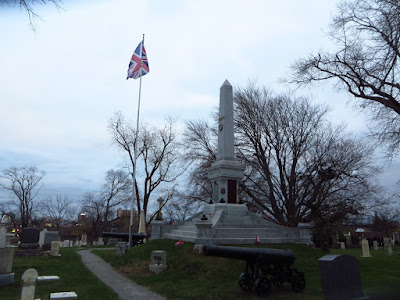 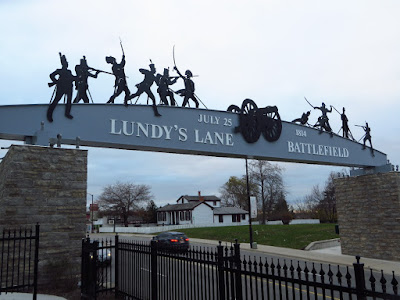