Fencing at the 2015 Brock Open


Today I fenced in two tournaments at Brock University known as the Brock Open. The first was a veterans tournament for fencers 40 and over and then later in the open. The above picture was taken before the vets' tournament. All three of us used to fence for Beaches Sabre Club, so called ourselves the Beaches Bitches.

Yes, they both beat me. In fact, I never won a bout all day. That's what happens when one practices just once in awhile. That has to change.

My mess at the end of the fencing strip (piste). 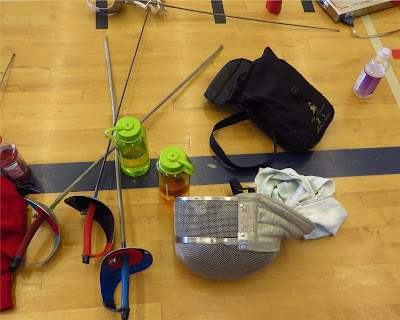 A mess of fencing bags lined the hallway. 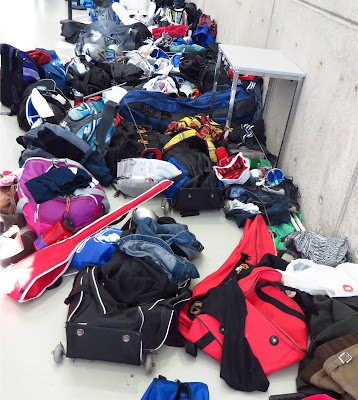 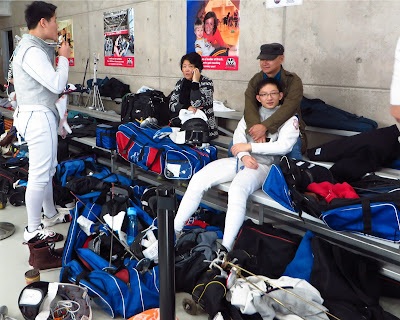 Mike and I could not find Vince for a picture but he showed up at the last moment! 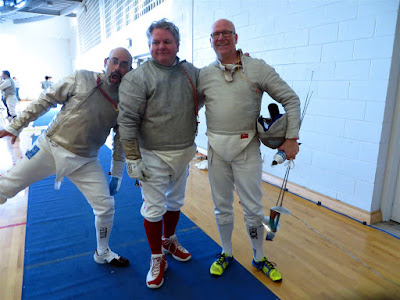 Mike on the right takes on Bill. 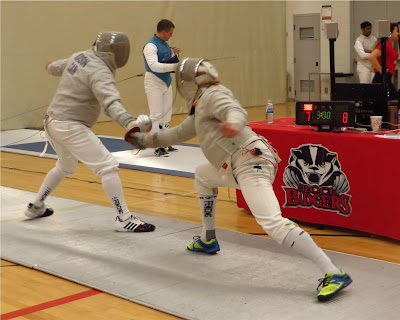 Vince and Doug check each other's mask by touching it with their sabre, to ensure the touch will light up the score board. 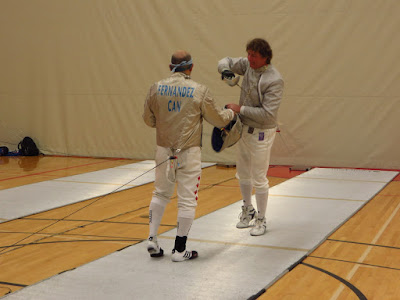 Sabre is a fast sport. 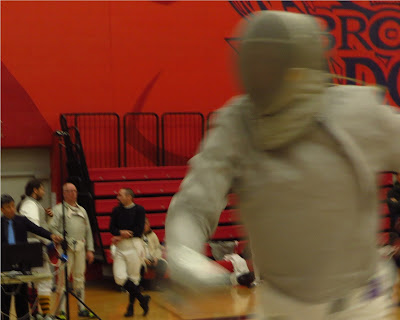 The judge looks on. Many of the hits come down to the judge's decision. 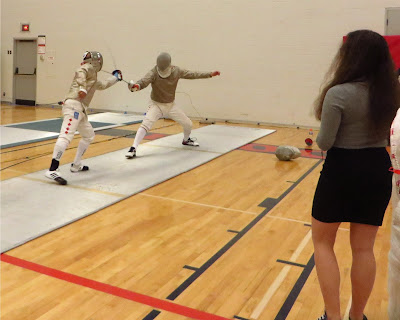 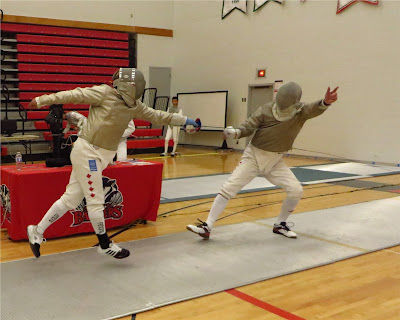 We always shake at the end of the match. Here Vince beat Kyle 10-7 to win gold! 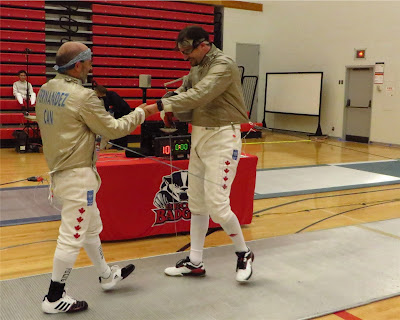 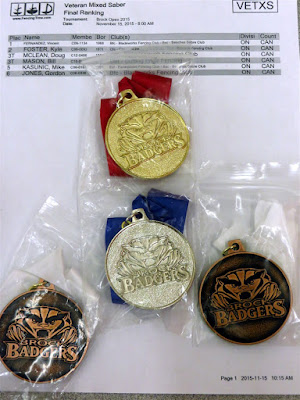 From left to right, Kyle (silver), Vince (gold), and Bill and Doug (bronze). 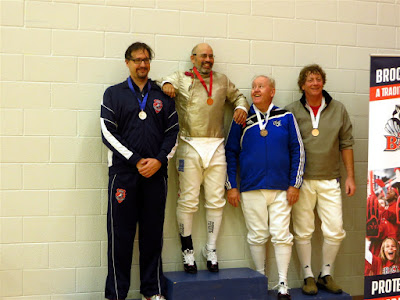 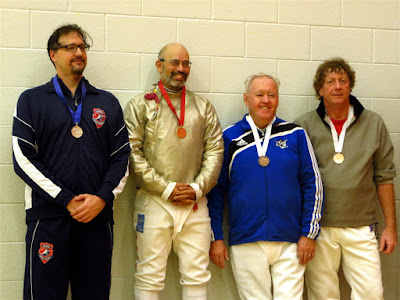 I was last in the vets' and second last in the open. Yes, I need more practice but hope to do better in Newmarket next Saturday.
Posted by Swordsman at 19:12