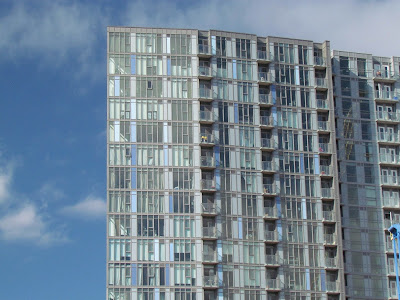 This has been burning at me for awhile. Toronto is a city which is not really known for it's architectural design, but has so many beautiful buildings, is seeing a blight on it's skyline.So many condos are being built, and so many of them are really ugly.

I want to highlight in these posts some of the more hideous buildings in our city. Not only the new, really bad ones that are being built, but also some of the old. The shame is many of the first one's I will post are in my own neighborhood. 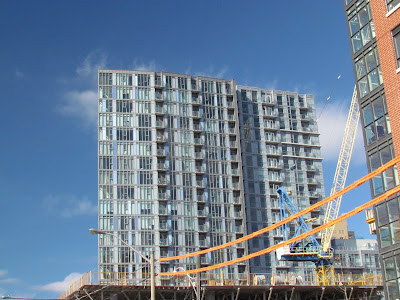 I can't believe that architects put forth some of these designs.

I mean, developers don't care. They come in, put up crappy looking and possibly crappy built buildings, all designed to put bags of money in their vaults. And then they leave and leave behind the blight they have left on the the neighborhood and city, not caring, as they have their cash.

Not that I have anything against condos. They are being built and bought so there is a need. I am not sure as to what legal criteria the City of Toronto has to turn down a design of a building but ugly buildings are being built. 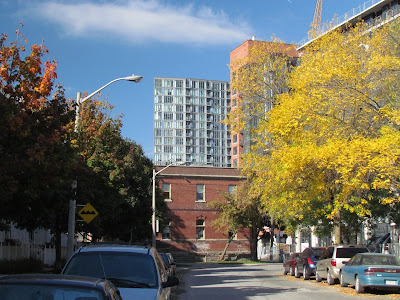 The very first one I am showcasing is in my neighborhood. Just look at this abomination! I knew one day a condo would be built to block out the setting sun. How could I imagine that it would be ugly like this!? 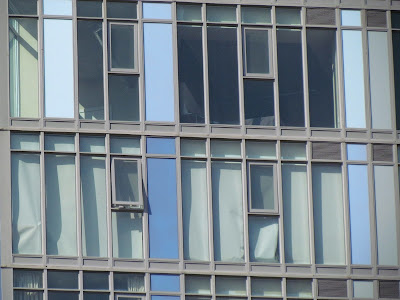 Hey! Let's add a few bricks. This will show people we know about design. No, it makes a mess! 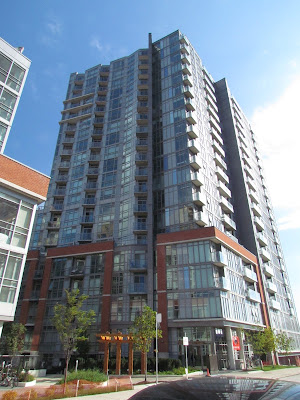 Look at the size of the balconies! Two of you can sit out, as long as your legs don't line up, or you can store 1 bike! 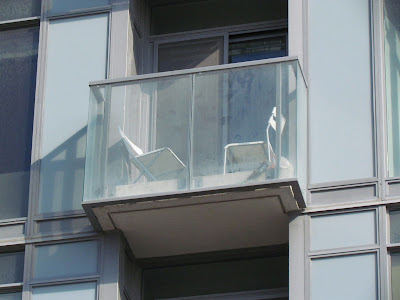 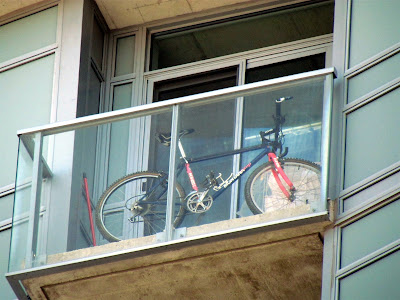 I have never been inside but noticed when a woman came outside to water her plants, how the heating system was installed. It looks like a factory from the early 1900s, where the pipes just hang from the ceiling. I noticed how all units seemed to be the same and took a picture of an empty unit. 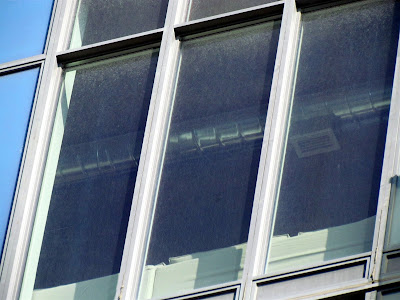 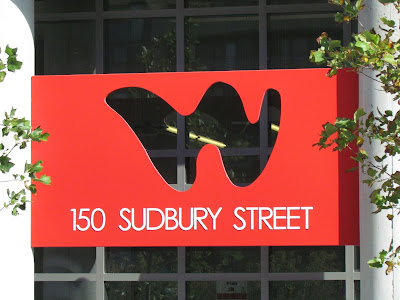 I agree, it looks horrid. They made an aesthetical error when it came to designing the building's glass surface. It would be very expensive to remodel that. Even the security shutters perth are visible for a residential building.

It's your typical steel and concrete building. Or maybe the developer isn't keen on finding some creative designs for the building.

Now it's surrounded by other high-rise buildings, it looks far more in tune. And the interiors are quite obviously done like that on purpose to give an industrial feel. Get with the program.

Inside, most units are floor to ceiling unfinished concrete.. Looks like a bunker, and not so sanitary especially for floors. They should really have at least sealed and polished the floors.

The owners had the possibility of sealing and polishing floors. Or installing hardwood over them. It's a choice every owner has.

The units in this building feel super spacious. Its nice to see a building that is actually built to accommodate young professionals who like to entertain, couples and families who need additional space. Unlike 150 Sudbury, most condos now are just built too small and Pre cons are going for $1000/ square feet. Spacious 2bdrm, 2bath and 1+den units are becoming increasingly rare with new builds. With high ceilings, exposed vent and pipe work, 150 Sudbury is very much in style and similar to Toy factory lofts, and many other lofts on the west and east end. This is by far my favorite building within the little portugal area.