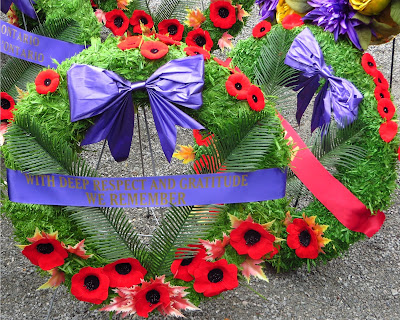 Today I went to Fort York for the Remembrance Day Commemoration at the Strachan Military Cemetery.  Here are the wreaths that would be laid during the service. 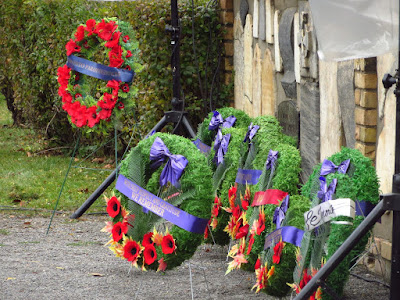 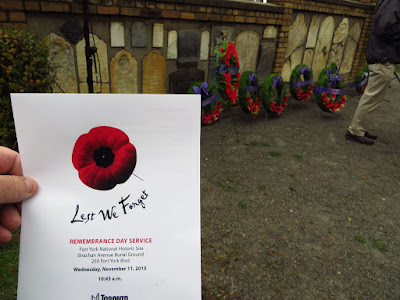 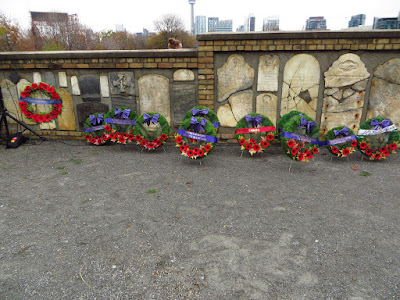 Fort York National Historic Site and the Toronto Municipal Chapter IODE (Imperial Order Daughters of the Empire) are proud to present one of this City's most evocative Remembrance Day Services at the Strachan Avenue Military Cemetery on Garrison Common. Commencing at 10:45 am from the west gate of Fort York, a processional, led by period uniformed military staff and standard bearers of the IODE, will make their way to the adjacent Strachan Avenue Military Cemetery, where the public will gather. There, at the eleventh hour, all soldiers of the Toronto Garrison who fell in the War of 1812; The Rebellion Crises; The Crimean War; Northwest Rebellion; South African (Boer) War; the two World Wars and recent conflicts around the globe will be remembered and honoured.

The program for today's service. 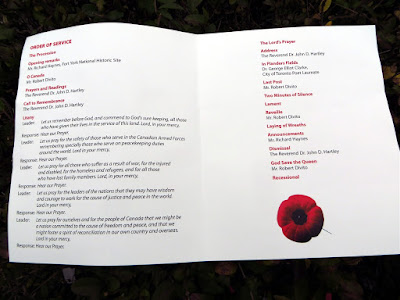 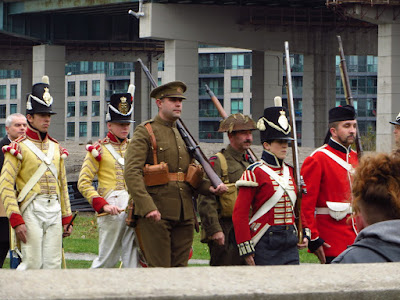 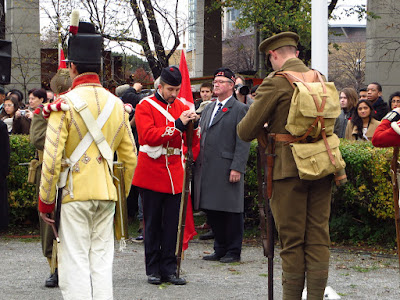 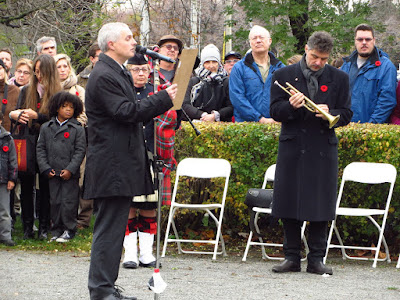 Robert Divito on the trumpet played O Canada. Later during the closing, he did God Save the Queen. 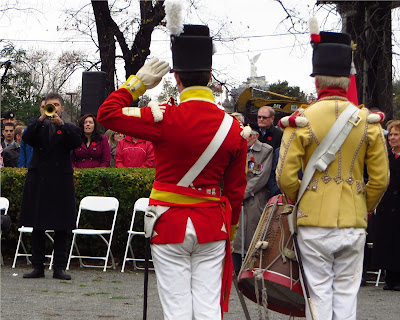 The Reverand Dr. John Hartley led the prayers and readings. 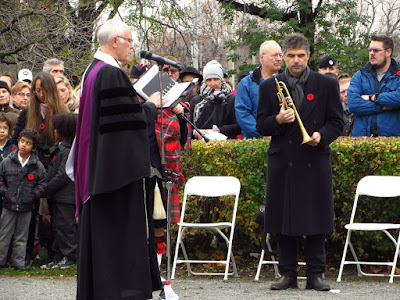 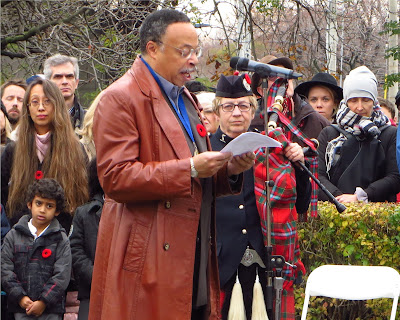 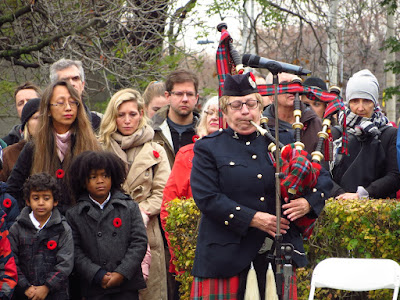 Members of the IODE. 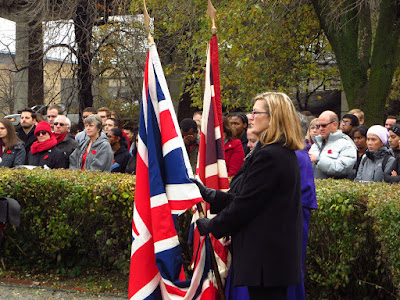 The laying of the wreaths. 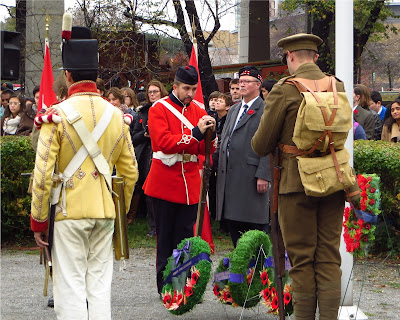 The honour guard marched off. 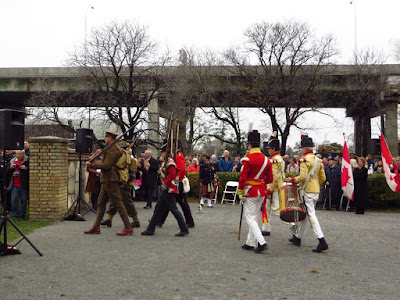 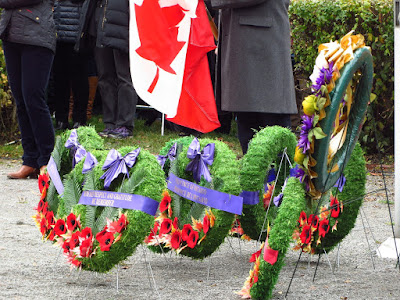 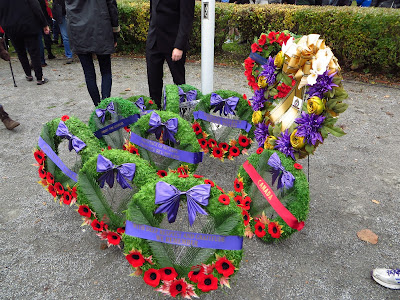 So many men and women have given their lives, their bodies, and their youth for our country and our freedom. I feel it's very important to take some time to remember.