A Day in Stratford 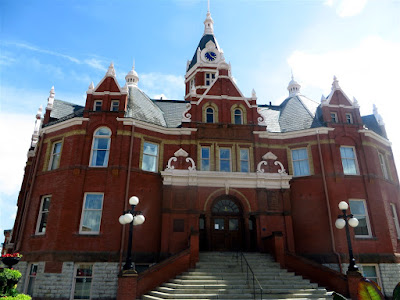 Today I took the Stratford bus to Stratford to see Oedipus Rex at the Tom Patterson Theater. The bus is very efficient and an excellent very affordable way to go to the festival. I arrived around noon and had a couple of hours to kill before the show so I did a little wandering around.

Behind the town hall (above) there was a farmers market. 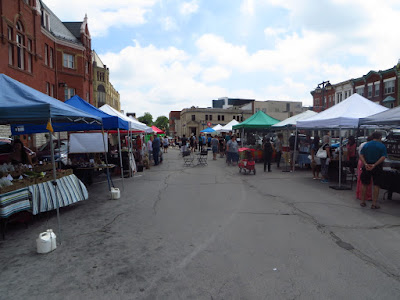 I found this mural in an alleyway. 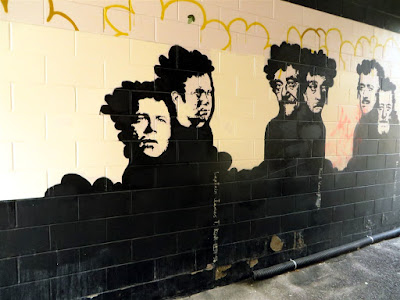 I likely have seen this before and taken a picture of it but there is a plaque on a sidewalk dedicated to newscaster Lloyd Robertson, who was born in Stratford. 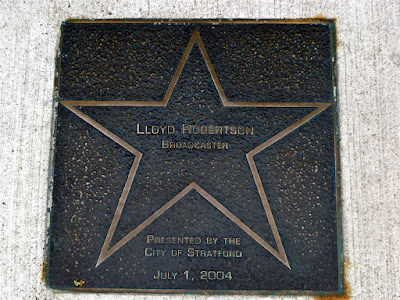 The Boars Head is a great pub and a five minute walk from the theater so I stopped in for lunch. It was stinking hot so I ate inside where it was air conditioned. 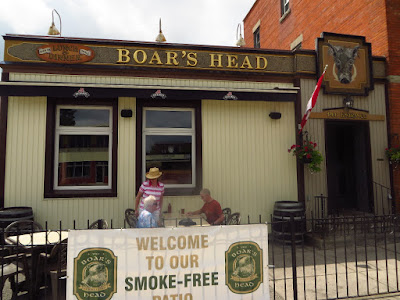 The corn fried chicken sandwich sounded good. I had it without the red peeper jelly and tomato. I don't like tomatoes and thought the jelly would be hot, which I can't do any more. I had it with a salad instead of fries and it was delicious! I really love the Boars Head and was well looked after. 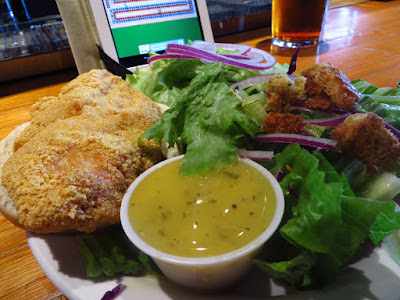 Then I headed down to the lake. Did I mention it was hot? The ducks mostly wanted to be on shore and sleep. There were only a couple of swans on the water but while on the bus later heading out found most were a little further up the lake. 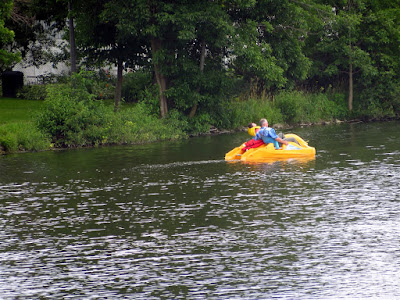 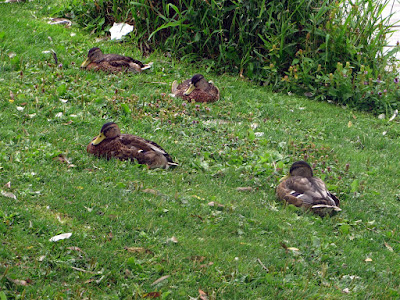 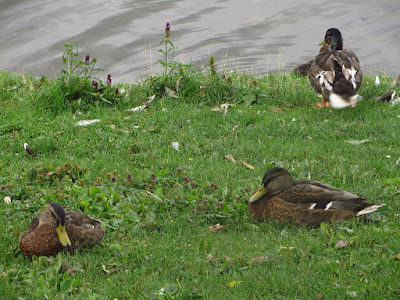 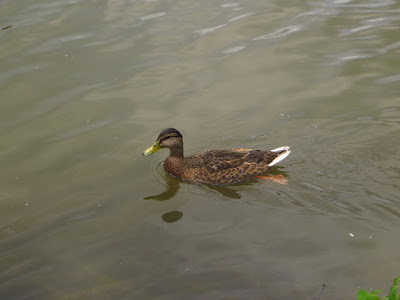 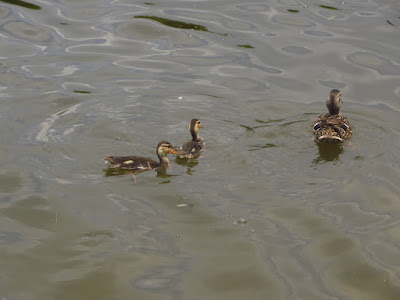 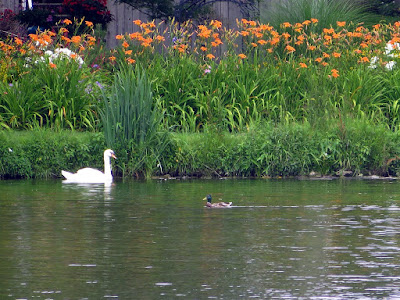 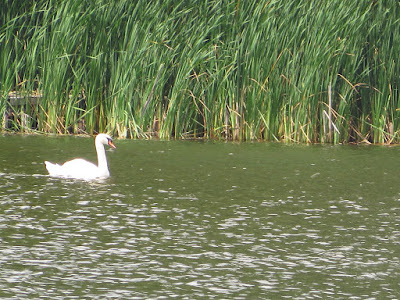 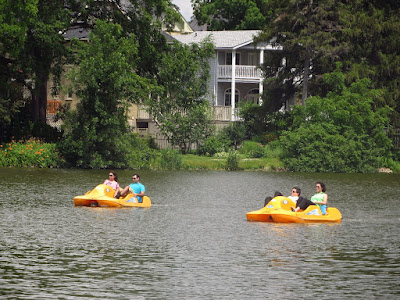 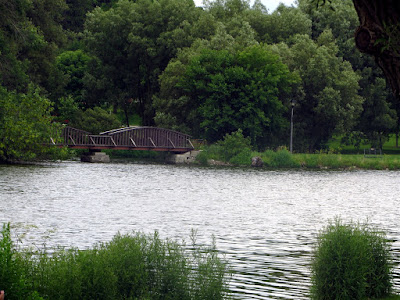 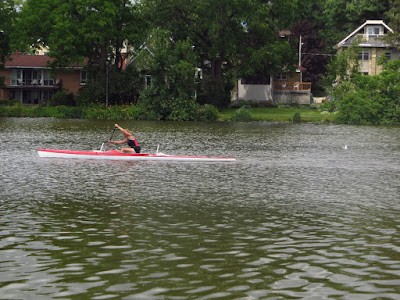 It was really really hot and humid so I headed into the theater early to cool down before the performance.
Posted by Swordsman at 19:00