Oedipus Rex and the Stratford Festival 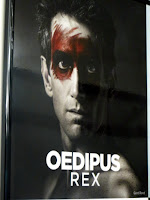 Today I saw Oedipus Rex at the Tom Patterson Theater in Stratford. Back in high school in English, we did the play. We read it from the script and discussed it but I have never seen it performed so solved that issue today

When King Oedipus learns that an unsolved murder is at the root of the plague ravaging his society, he vows to find the killer – only to discover that old prophecies already contain the shattering truth.

I was surprised that most of the cast and chorus were dressed in modern day business suits. The chorus all wore the same grey suits whether they were men or women. That was a surprise at first but easily forgotten during the performance. One character from the city, though, was dressed more ancient.

Everybody in the audience knew the play, so when certain things were mentioned by the characters, there was some laughter. I doubt the audience would have laughed 2600 years ago, but with Freud's Oedipus Complex and the fact that we all knew how the play would turn out, added a bit of humour to an other wise very serious piece.

If I remember right, in the original piece, the chorus would all speak as one. In this production, one woman and a man did the speaking with the chorus doing some repeating. It worked very well.

It was an excellent production and I'm so glad I had the opportunity to see this famous play live. I would love to see it again but more true to the original piece. Don't get me wrong, this is a play worth seeing! 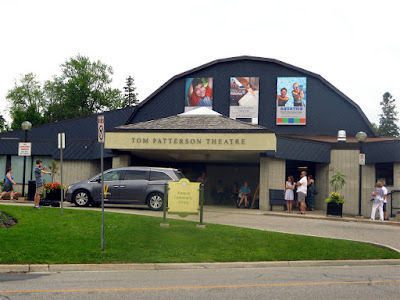 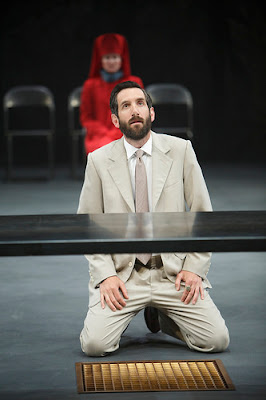 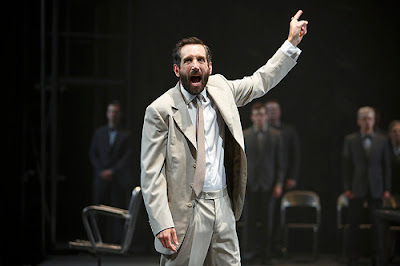