Canada vs Puerto Rico in Pan Am Woman's Handball 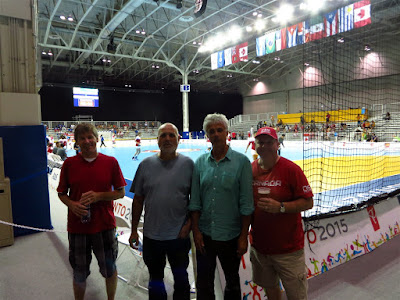 This afternoon Tom, Malcolm, Rick and I were at the Woman's Handball for the Pan Am Games being held in Toronto. I remember watching it during the last Olympics and enjoying it but seeing it live is sensational! The sport is fast, rough and high scoring.

The teams are introduced. 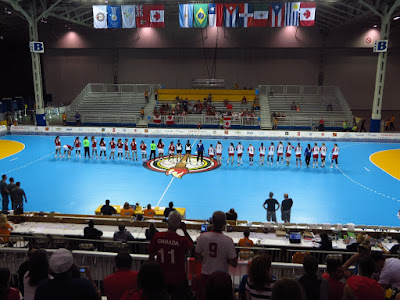 We saw two games and during each when the a nation's national anthem was playing, the team would put their arms around each other while singing along, then bow at the end. 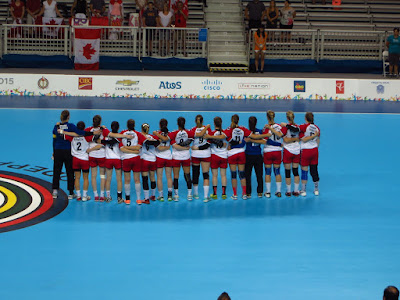 There were more fans on our side of the stands but the ones on the other showed their support. 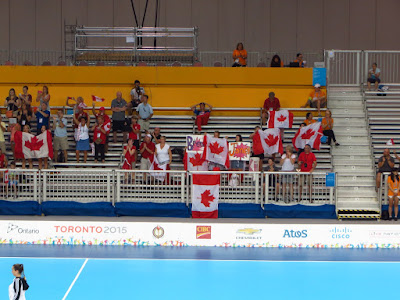 The final pep talk then high fives before the game starts. 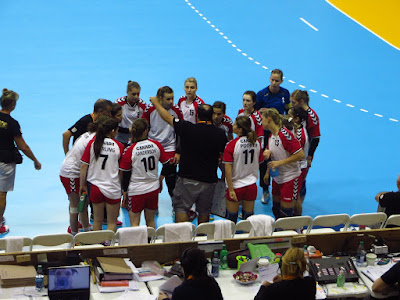 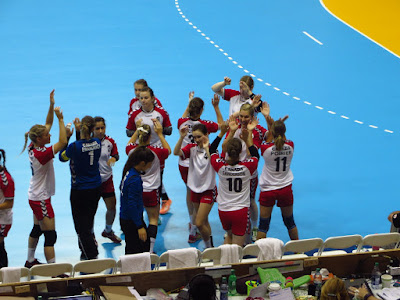 The Puerto Rico fans were in attendance and quite loud about it with drums, bongos and steel drums. 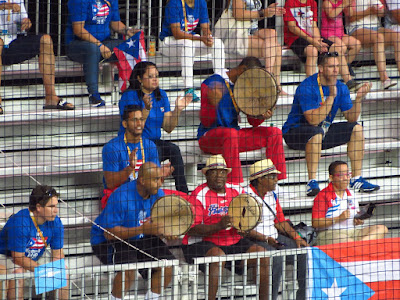 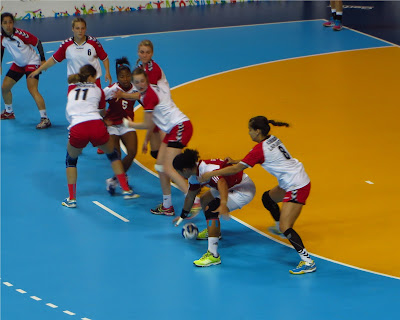 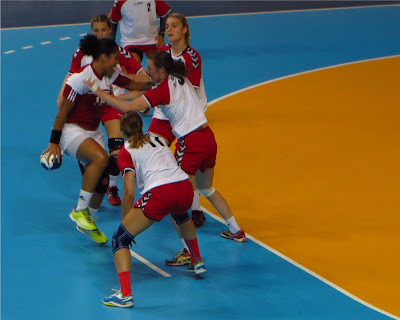 I said it was rough. Two Puerto players came off the court on stretchers. 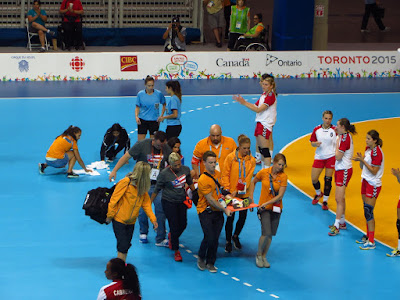 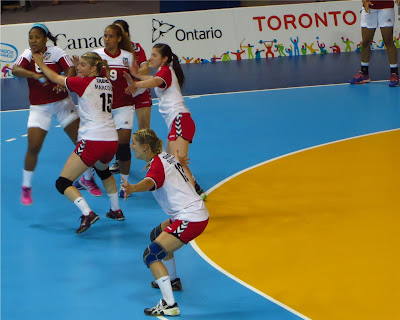 Puerto Rico led 10-7 at the half. The play was even but Canada hit five or six goal posts during the half. 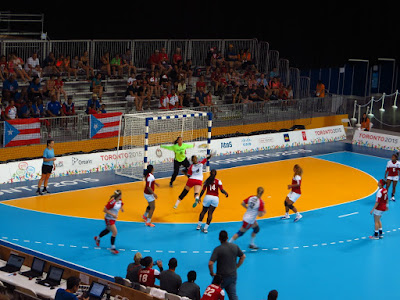 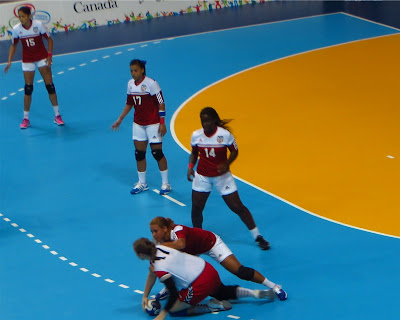 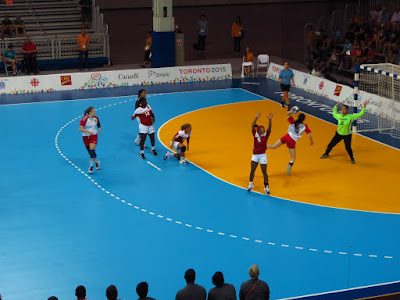 The Canadian Men's Handball team came out to lend their support and were tense as everybody else in the stands were during the closing moments of the game. 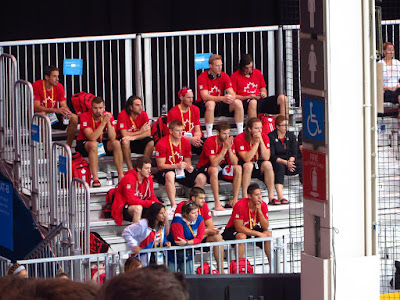 In the end, Canada and Puerto Rico finished in an exciting 21 all draw. It was a very exciting game. 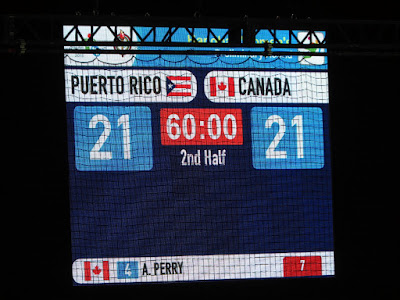 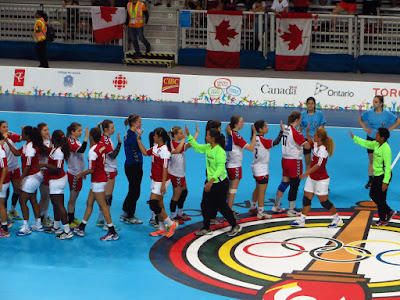 The next game featured two undefeated teams, Brazil and Mexico. Brazil won easily 34-19. Handball is exciting to watch and this might not be my last handball game of the games.
Posted by Swordsman at 20:14