Beer of the Week - The Beers of Collingwood Brewery 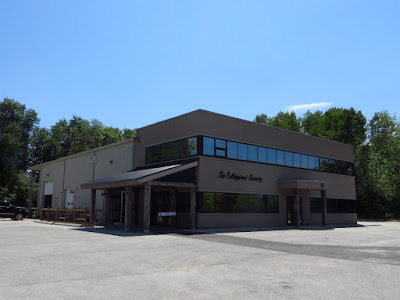 On Thursday Teena was in Collingwood on business and stopped into the Collingwood Brewery for me.

She took some photos while she was being given a tour of the brewery and brought me home a case of beer containing their Downhill Pale Ale, Fireside Extra Special Bitter (ESB) and two bottles of their special one-off brews, 1854 Anniversary Ale. 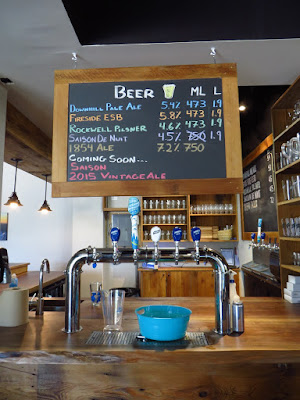 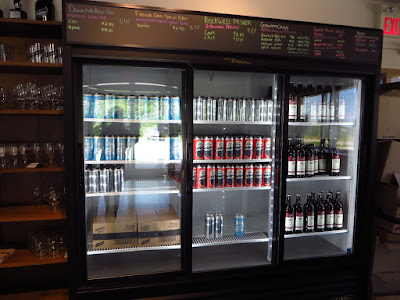 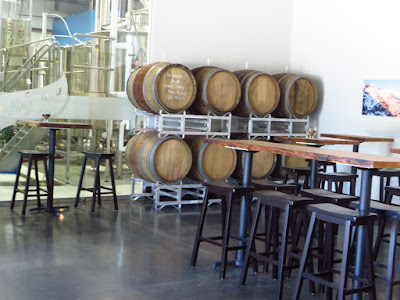 The brewery opened on the Saturday of the 2014 Victoria Day long weekend with their flagship brand, Downhill Pale Ale, being the only beer being produced. The tap room opened to the public in December of the same year. 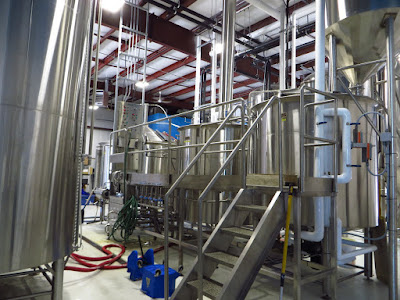 Already they have won awards for their beers. At the 2015 Canadian Brewing Awards, they took home a bronze for their 2014 Vintage Ale and Silvers for their Fireside ESB and their Saison. 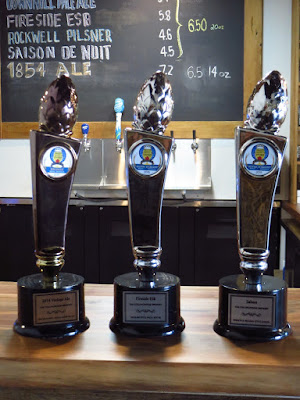 Time to give them a try.


The Downhill pours amber in colour with a pillowy white head. I can detect some citrus in the aroma. This may sound like it's from a commercial but the Downhill is a full flavoured ale. It starts a little malt-forward but then comes a nice citrusy hop bitterness, that was not overpowering but very enjoyable. I've just added the Downhill to my list of beers that are welcomed in my beer fridge.


I love English Bitters and looked forward to trying the Fireside.

Fireside pours dark brown, perhaps coppery in colour. Malt and English hops are in the aroma. The taste follows along with the aroma, malty then some hops. The malt at the beginning is more pronounced here than in the Downhill, a little caramel in taste but then comes those wonderful English hops. A very nice ESB. I can see why it won an award.


This beer is so named in honour of the original Collingwood brewery which opened in 1854. The ale was aged for six months in Pinot Noir barrels (see above pictures for the wine barrels) and uses locally sourced hops and honey such as what would have been done in 1854.

The 1854 is very saison-like. It pours a little orangy in colour with a white head and the aroma of the wine is easily detected. With the first sip comes a little bite of hoppiness but then comes in the Pinot. This is a dangerously delicious ale. Dangerous because it is so delicious and drinkable but is 7.2% APV. I really wanted the other bottle but will save it for another time.

Teena said the brewery tap room is quite nice plus they have a patio built to the side. I'm looking forward to heading up one day and stopping in for a visit.