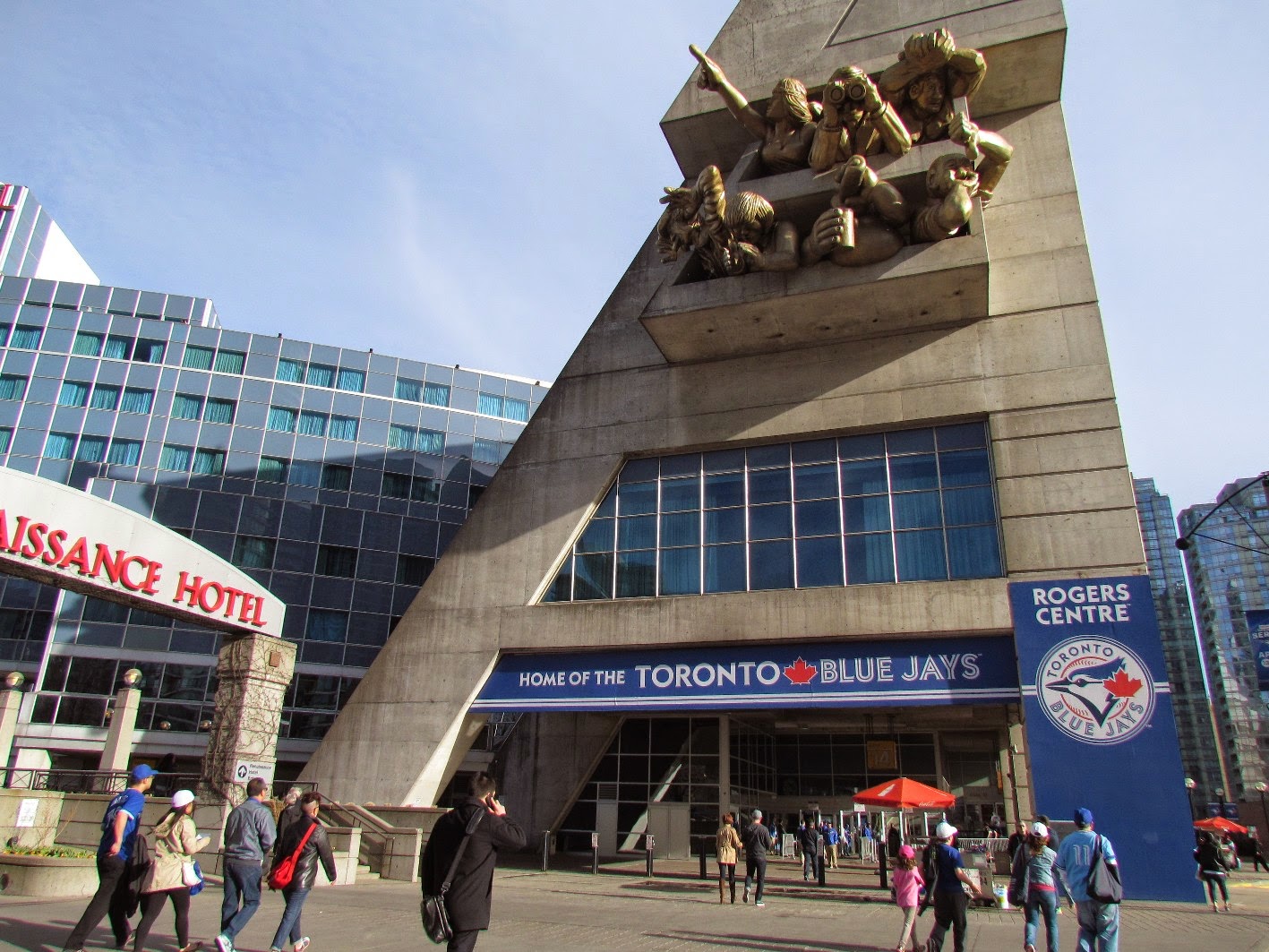 What a difference a day makes. Last night at the home opener almost 48,000 fans showed up at the game. Tonight against the same team, 17,264 were in attendance, including Teena and I. Mind you, we would have been there last night if we could have bought tickets.

Home players get to choose the music they here as they walk up to the plate. Here is what each selected. 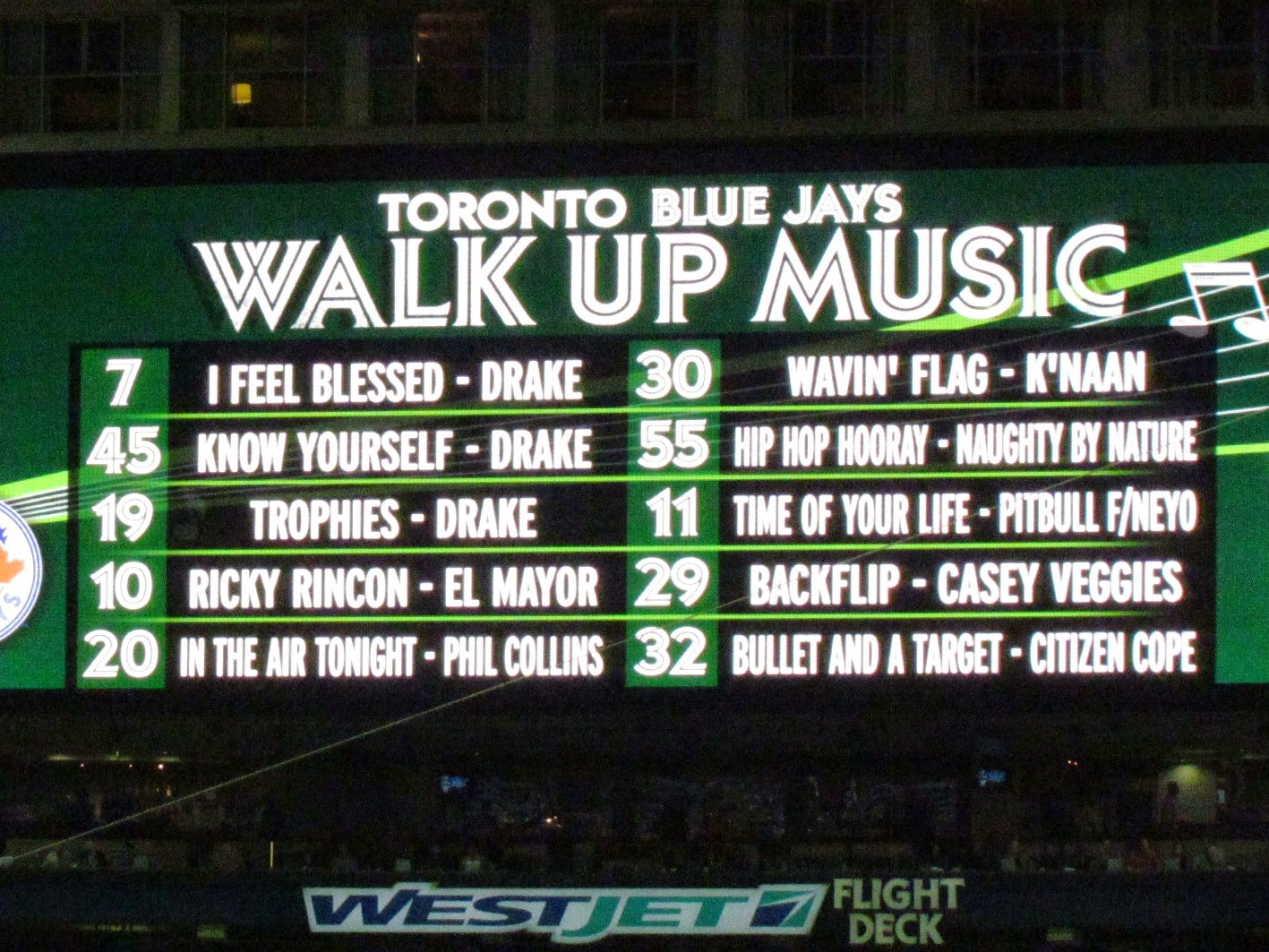 Greetings at the plate and the exchanging of the lineup cards. 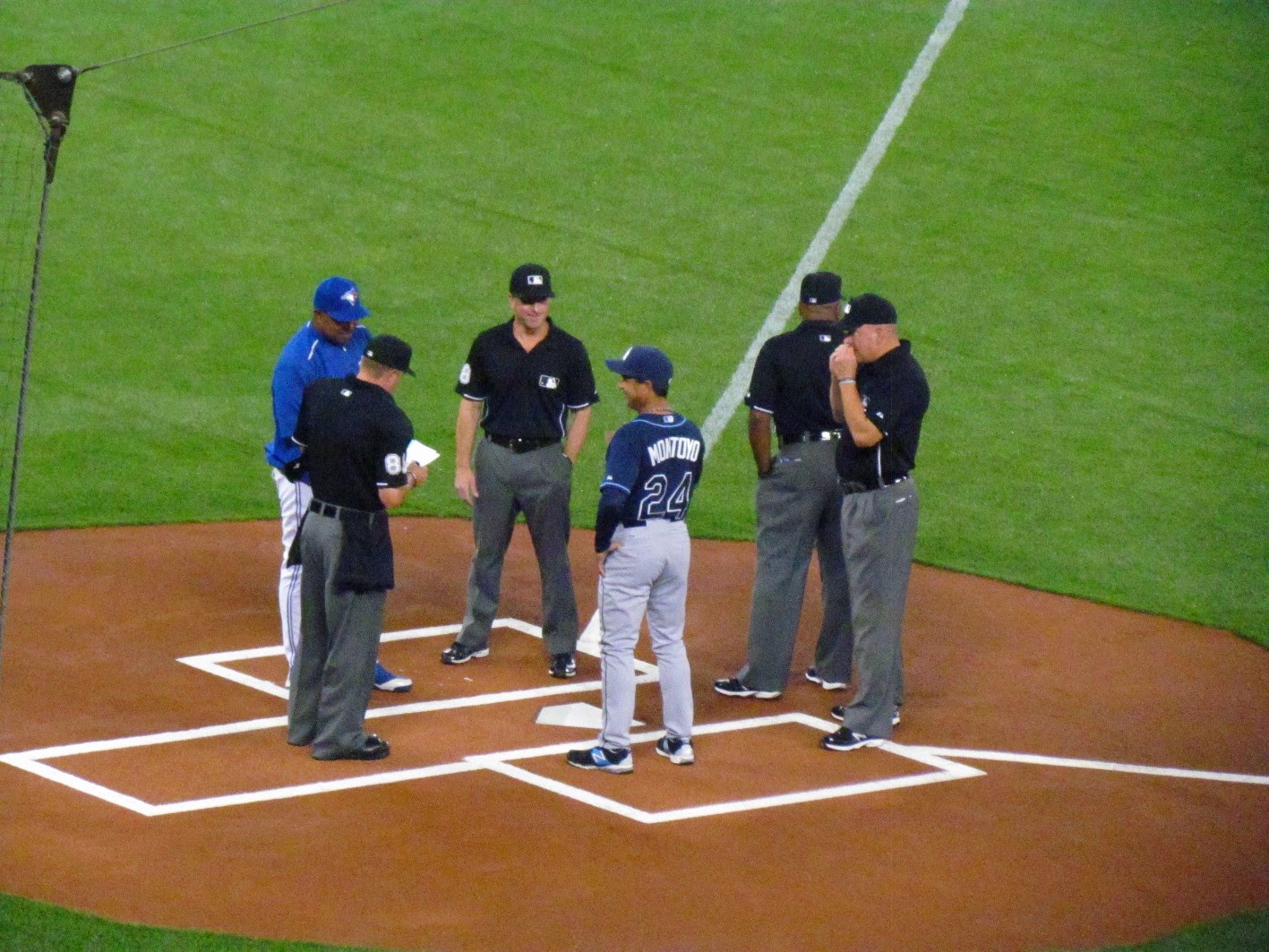 Daniel Norris fires the first pitch of the game. Four pitches later, he gave up a monster home run. The next inning he gave up another run but settled down and pitched five strong innings giving up two runs on just two hits.

The Jays have big bats, though, and the fans were ready for a comeback. 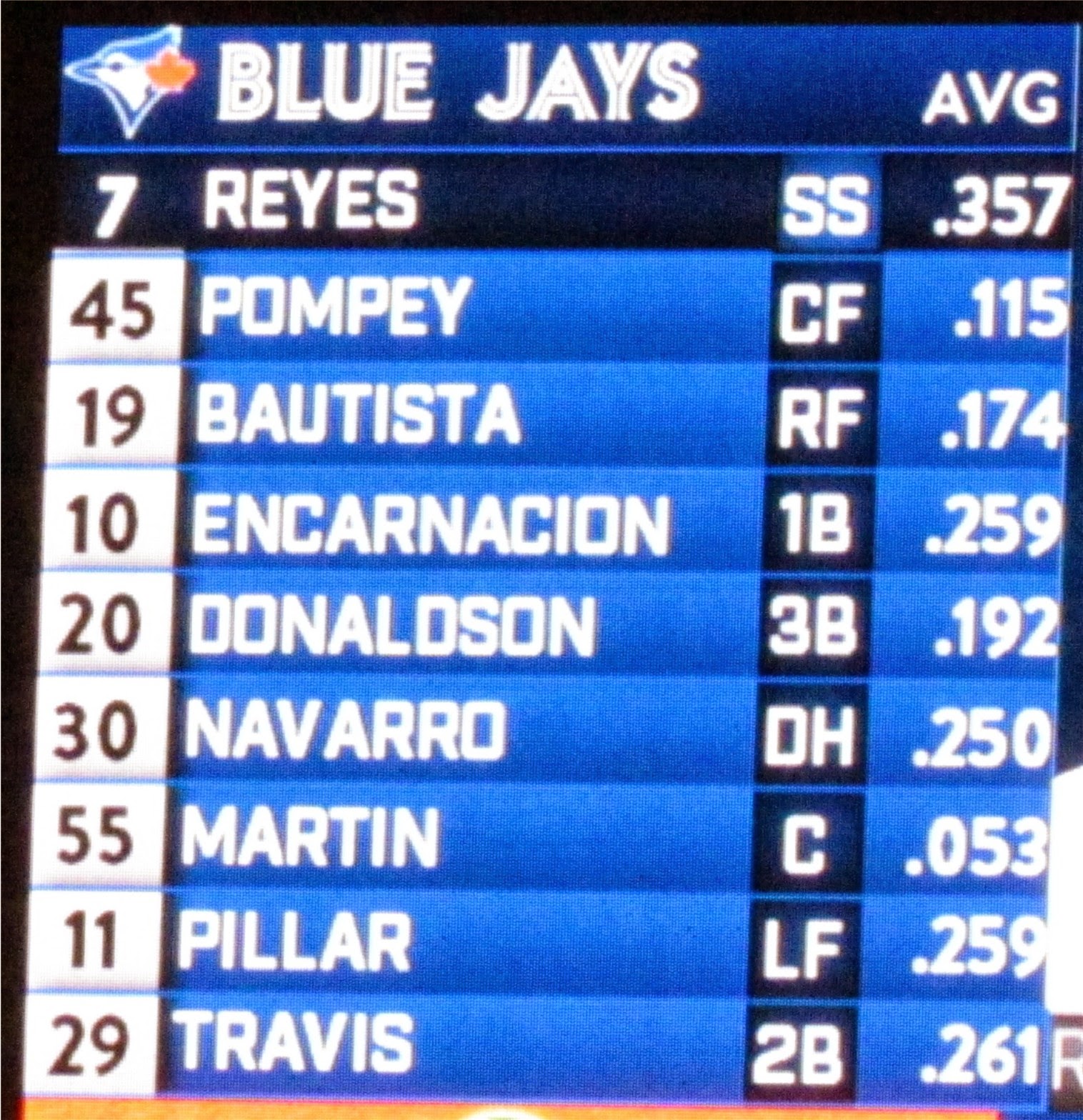 In the fourth inning, we managed to score a couple of runs to tie the game. Here is Jose Reyes RBI double. 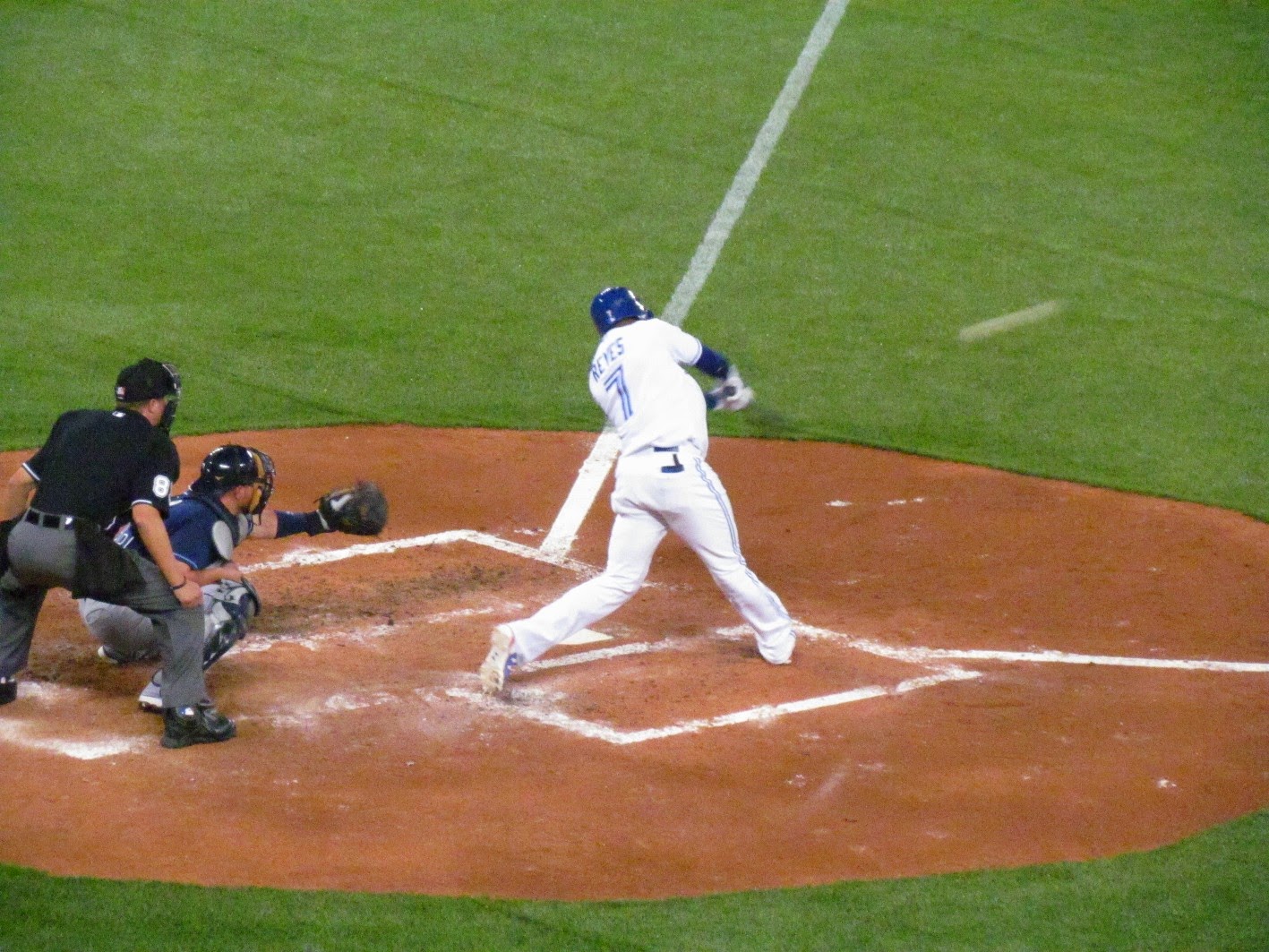 Although Toronto hit the ball hard, they never managed a home rum. It seemed so many balls were caught up against the fence missing by a few feet.

Dalton Pompey had just one hit. This wasn't it. 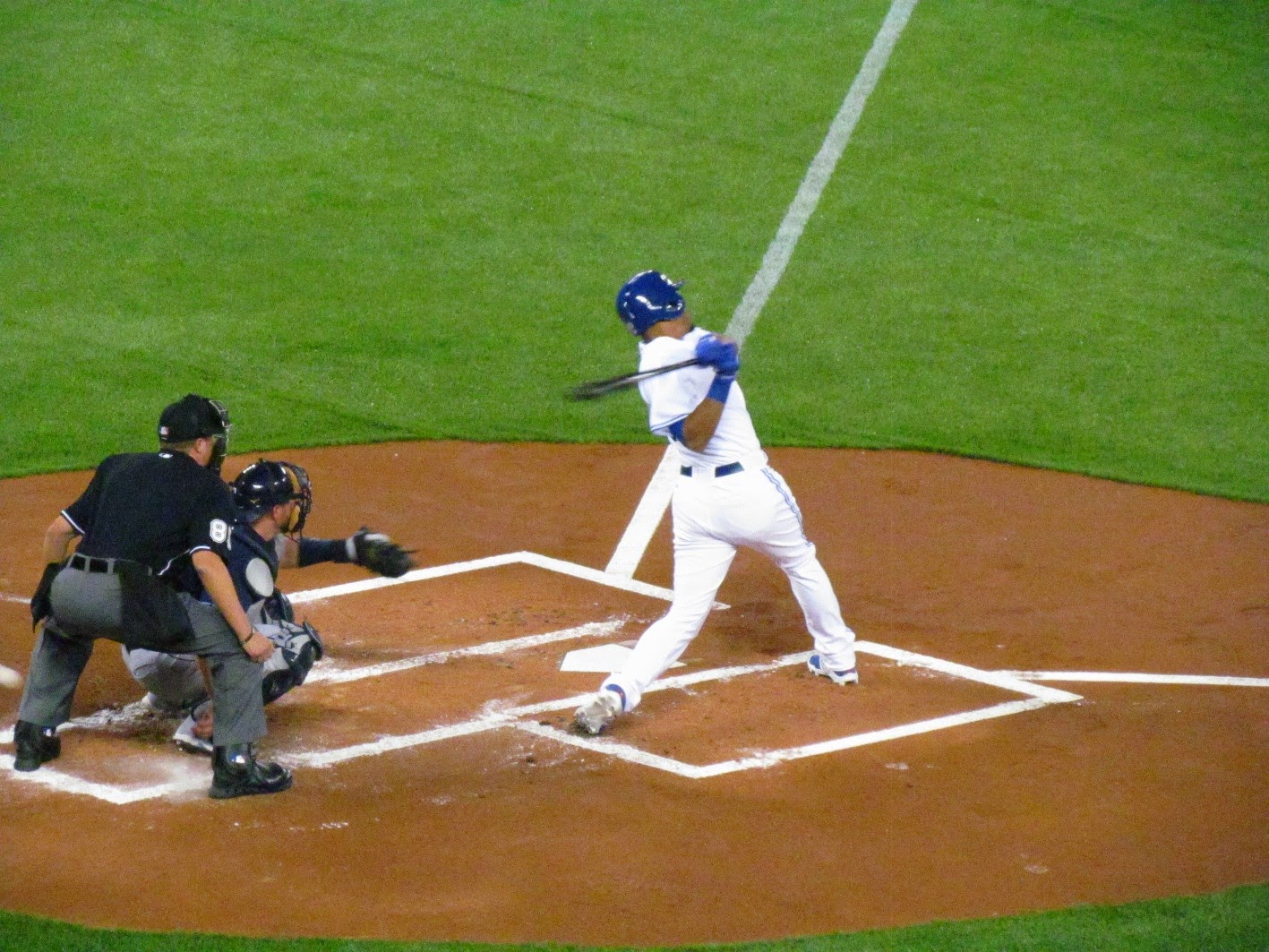 Josh Donaldson drives one of his two hits of the night. He scored a run. 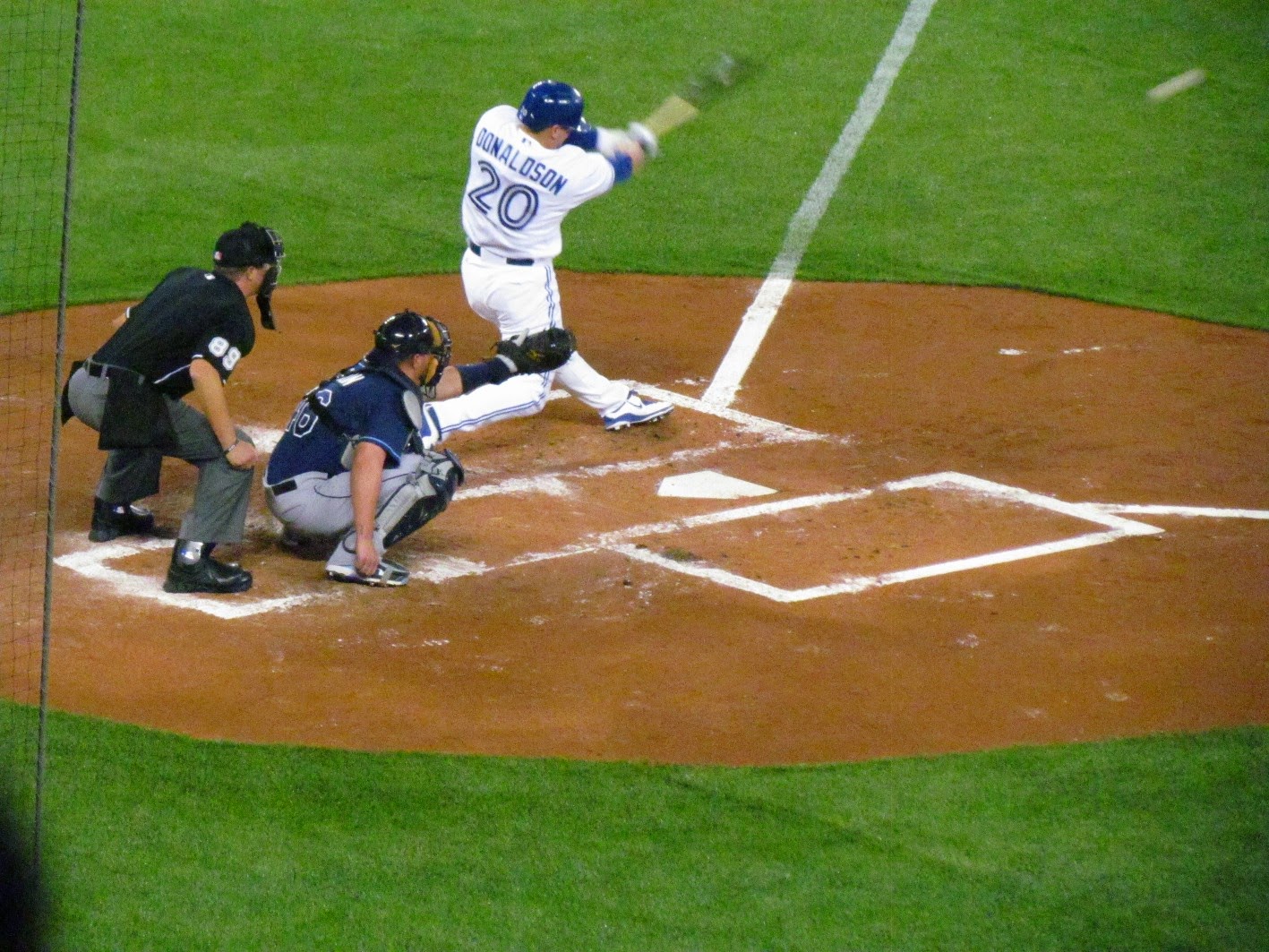 Jose Bautista went hitless. That won't last for much longer. When he busts out of his slump, he'll do it big time! 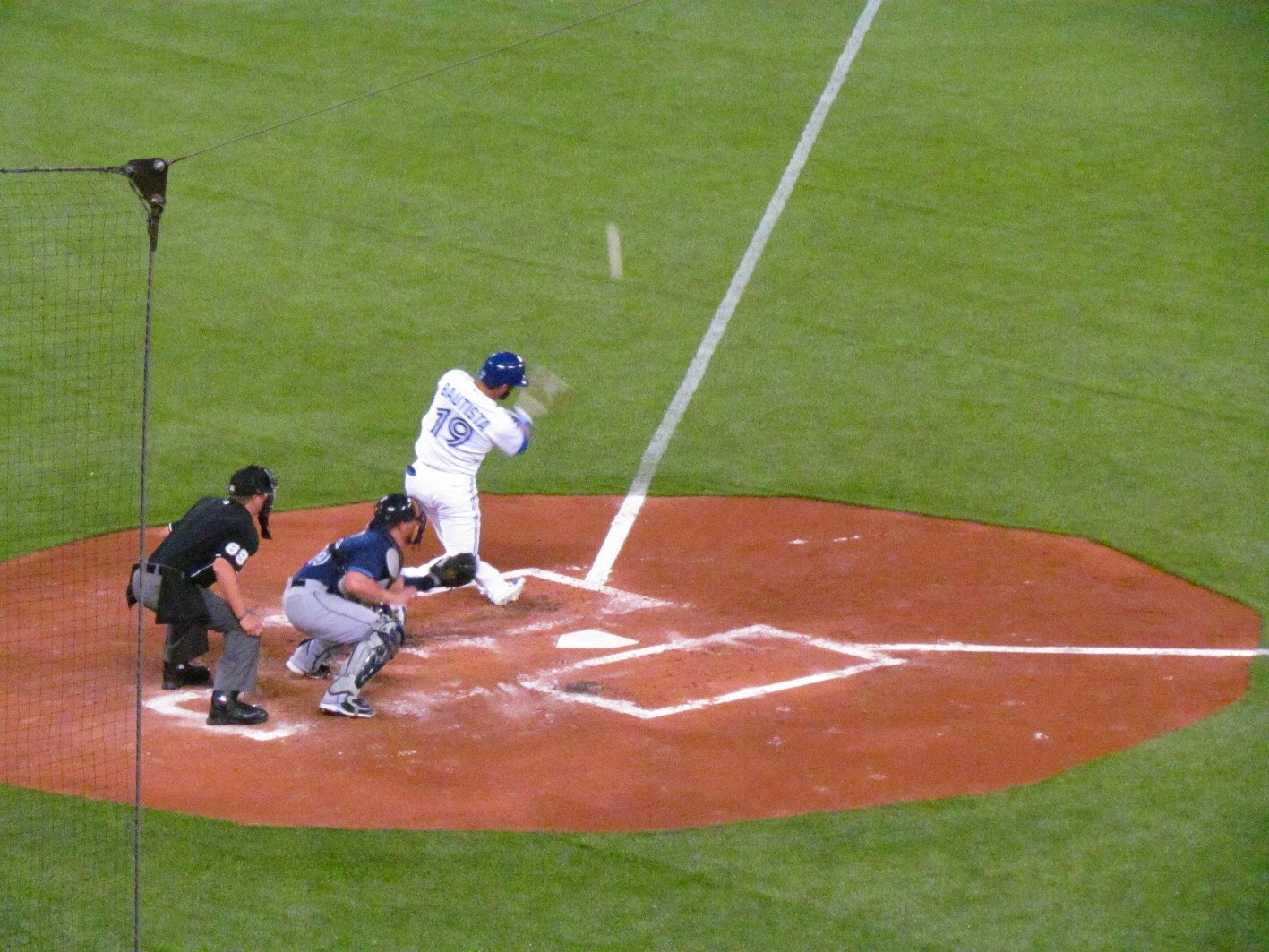 Edwin Encarnacion also went hitless. I'm not worried about Double "E". He'll break out of it. 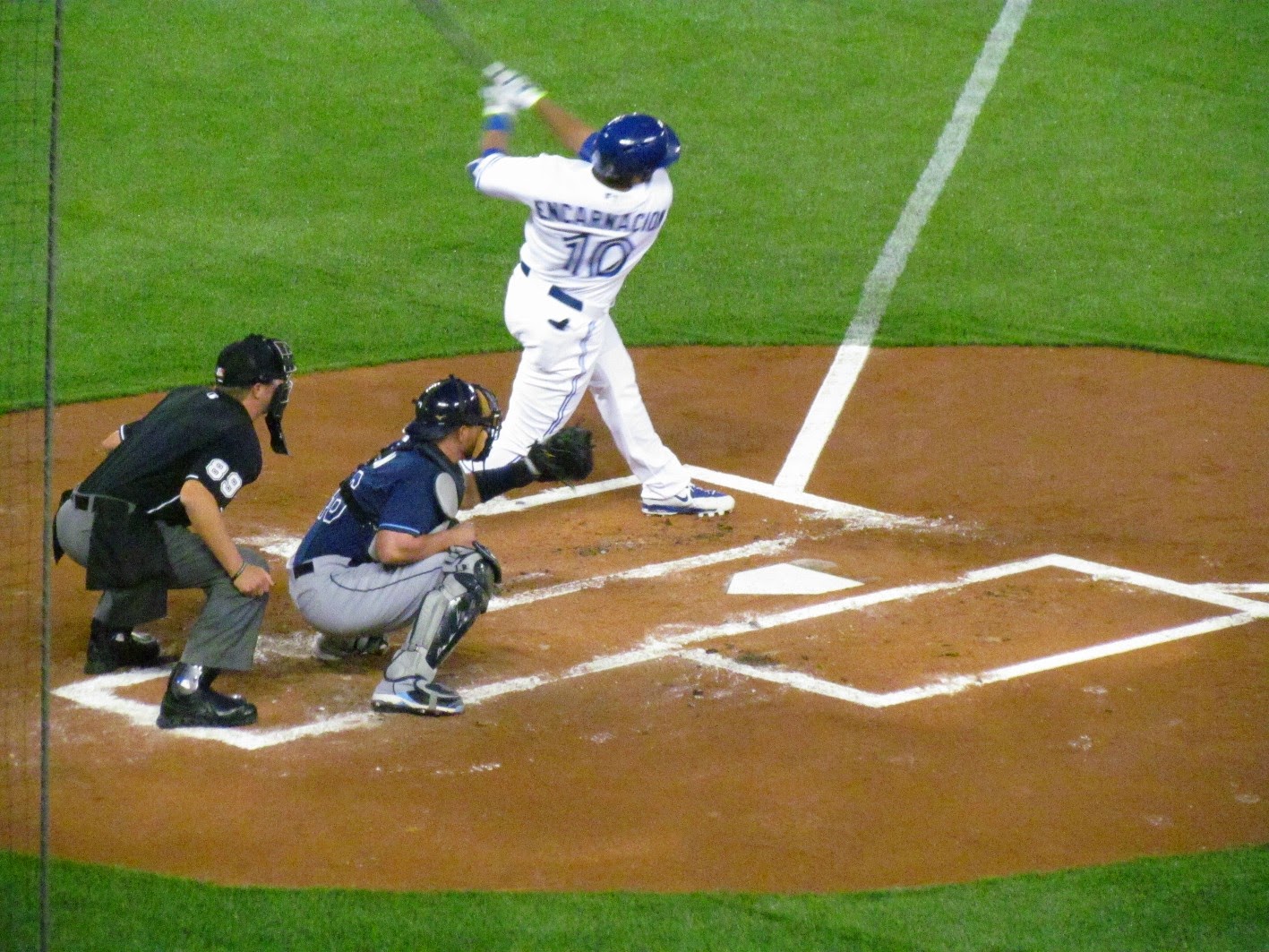 The fastest field crew in baseball came out in the fifth. 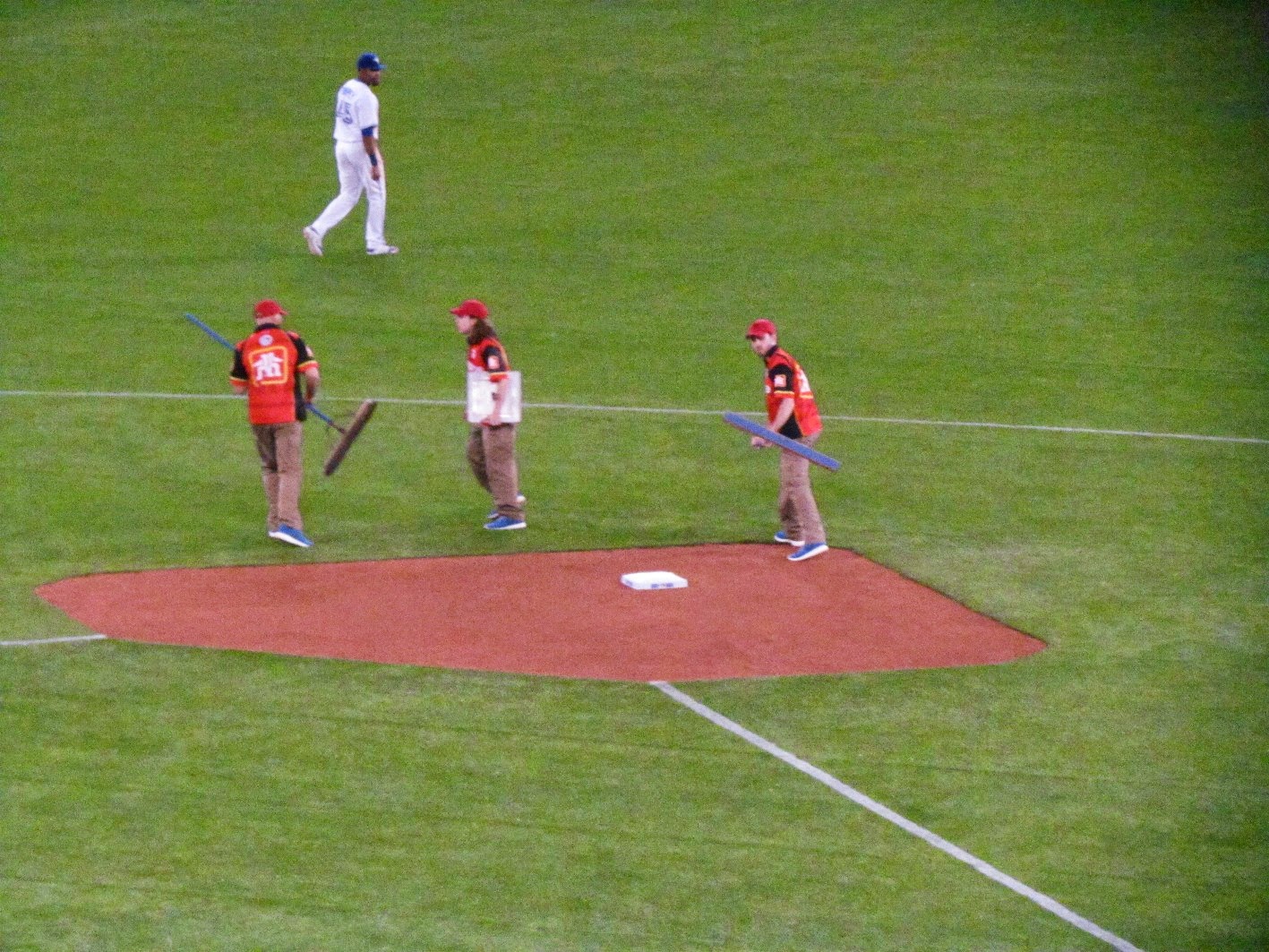 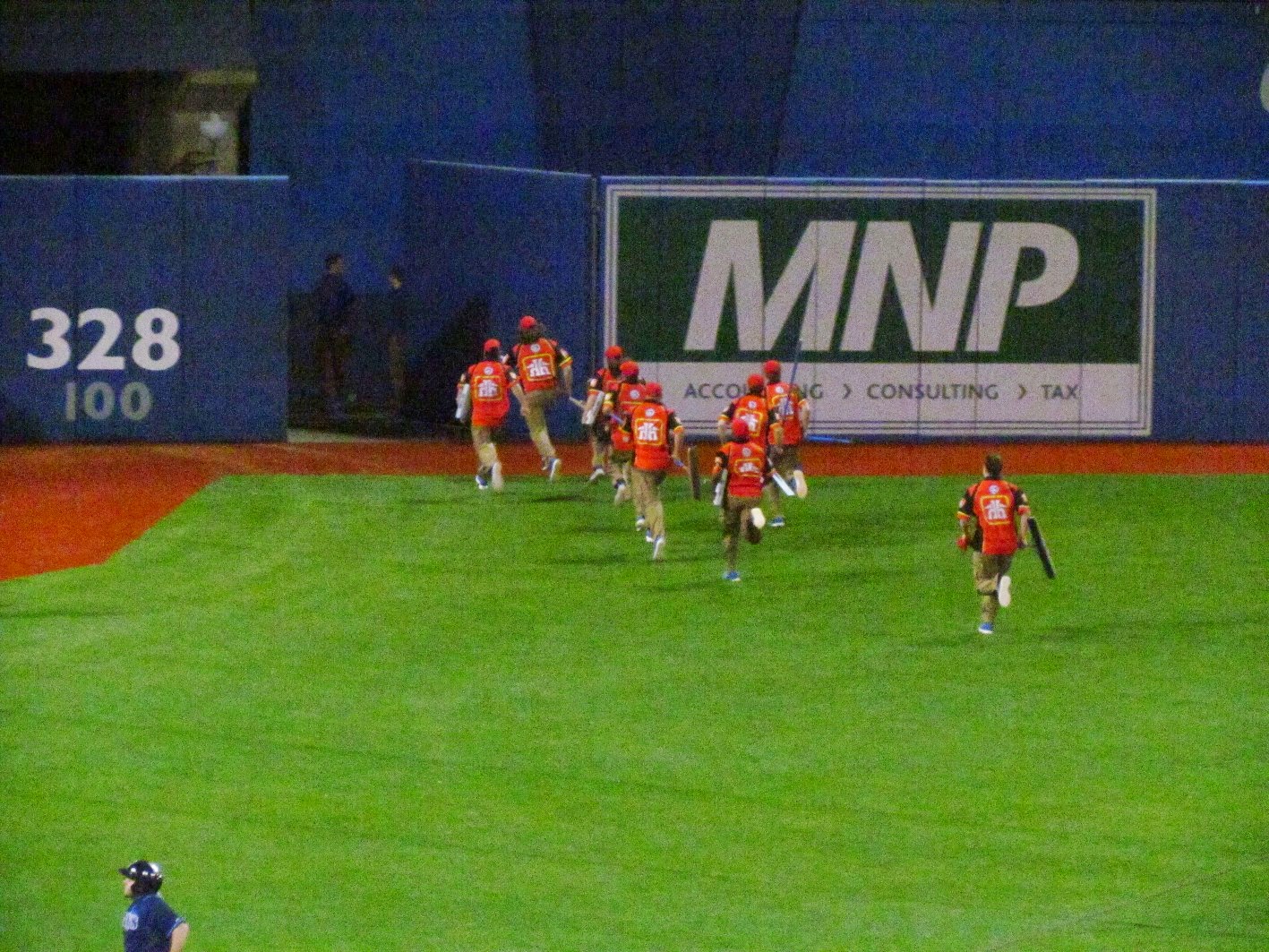 Jays Force were in our section waving towels. 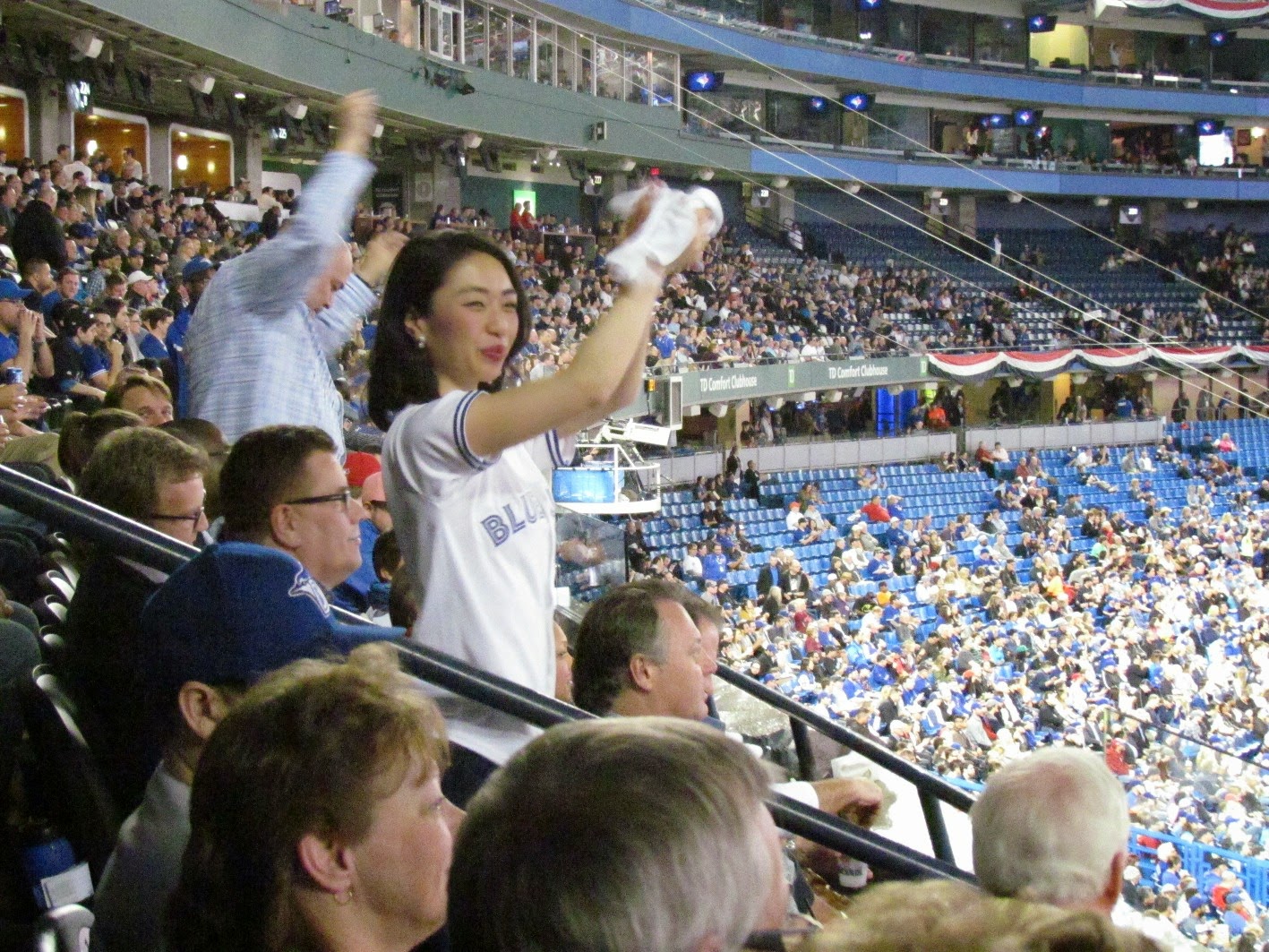 Devon Travis tries to turn a double play but only managed the out at second. 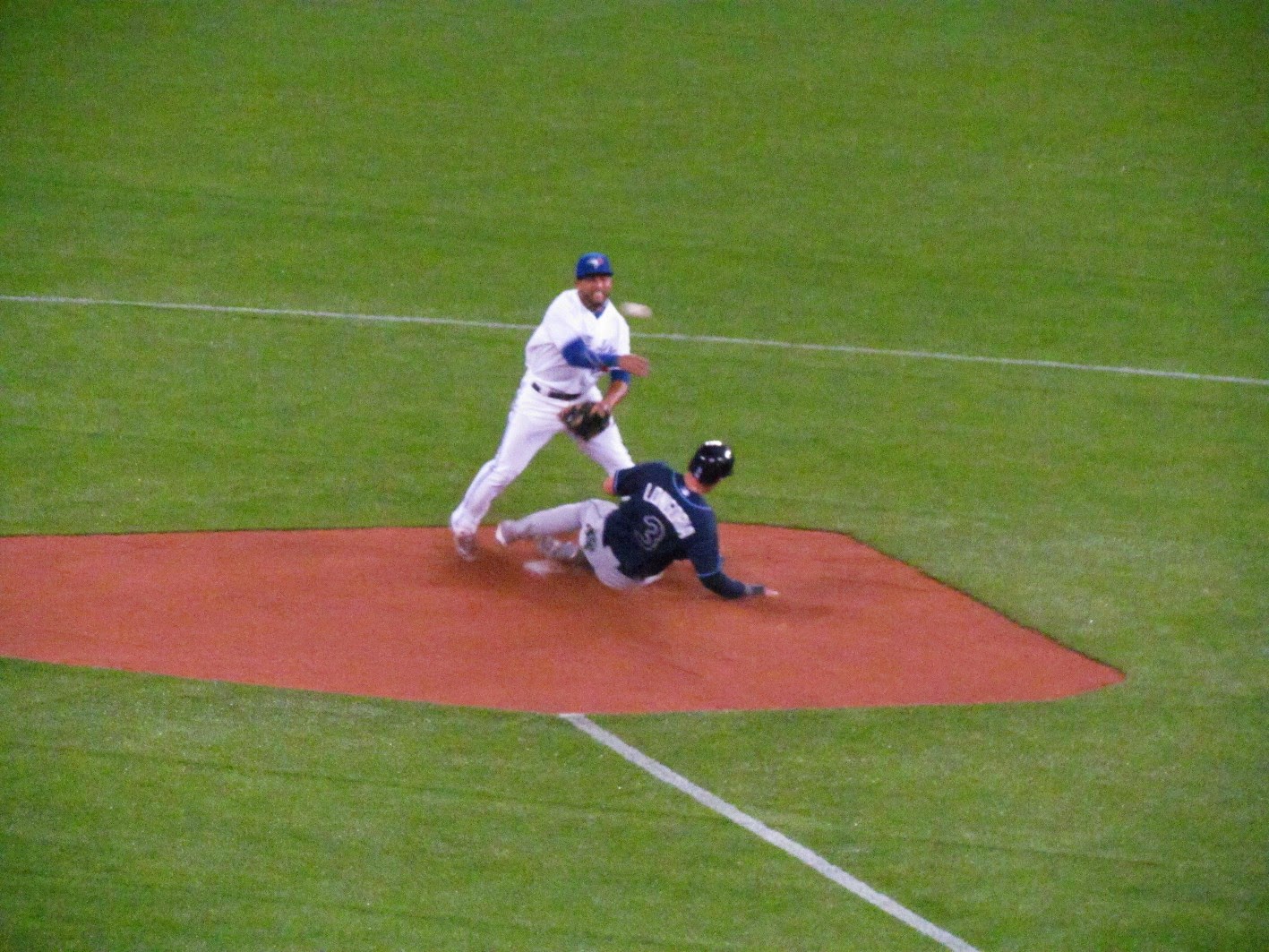 This one hurt. Steven Souza Jr. tried to steal second, and made it when a bad throw from Jays catcher Russel Martin went into the outfield allowing Souza to take third. A sacrafice fly brought him in for the winning run. 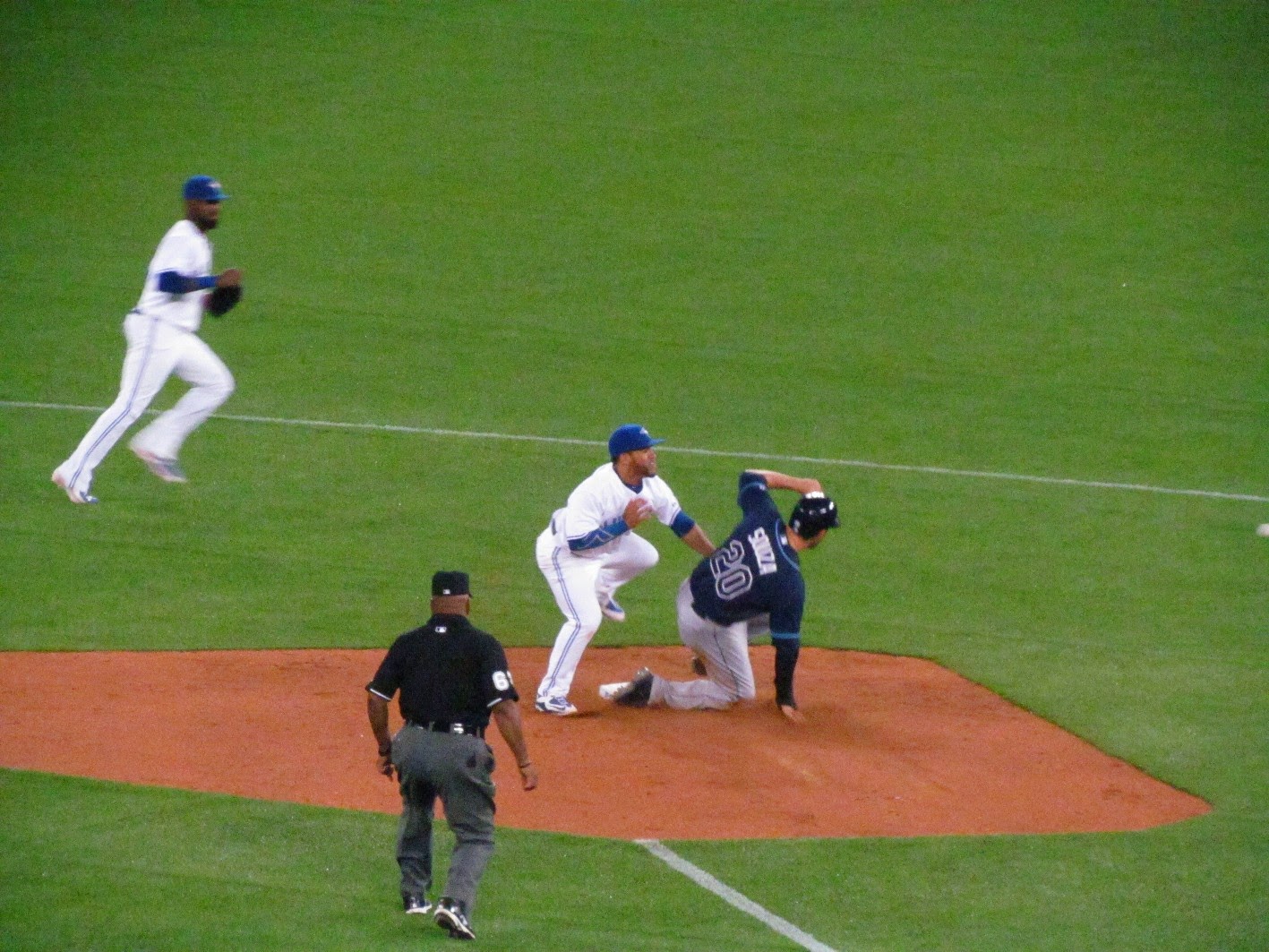 It was a long game, three hours and six minutes. Mind you, Teena and I were there about an hour before game time so felt like a long night. 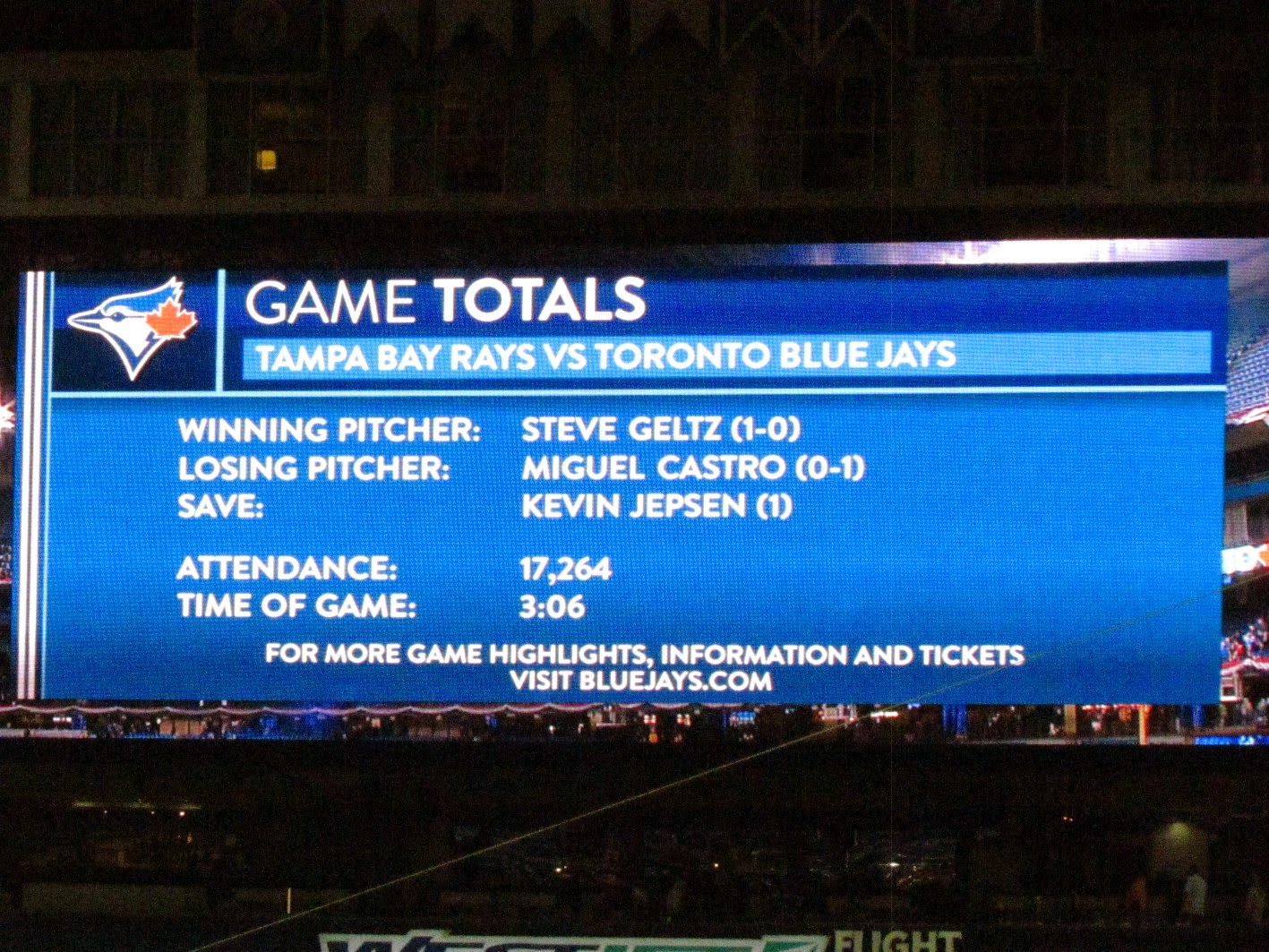 The Blue Jays may have lost tonight, making it two in a row, but I am confident we are in for one great, fun year.
Posted by Swordsman at 22:30