Our friend, Shawna, was in town last week from Saskatchewan and surprised me with a four pack of an IPA from Black Bridge Brewery simply called IPA! It's always great getting beers from breweries that we can't get here in Ontario.

Black Bridge Brewery opened just a few months ago in October 2014 in Swift Current Saskatchewan, two and a half hours west of Regina. The name comes from an iconic black bridge that everybody in town knows about, just south of town. It took a year for owners Clayton and Kari Stenson to have the building built from scratch and setup the brewing system. Currently they have three flagship beers, IPA!, Milk Stout and Centennial Rye Ale. The beer became popular quickly and the first shipment of their beers to Alberta sold out. 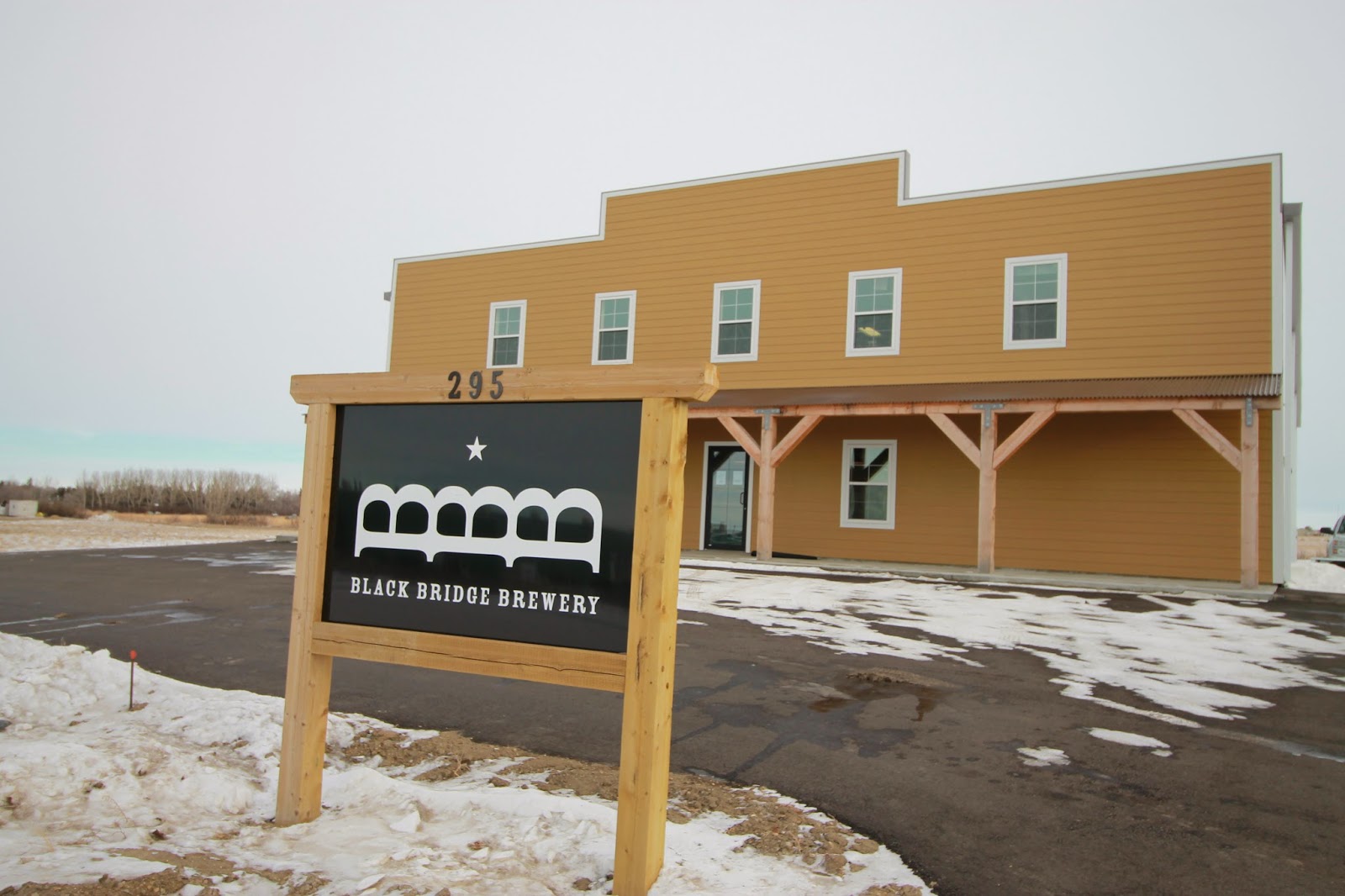 The beer pours an amber colour with a white frothy head. I get lots of citrus in the aroma and yes, there are nice lacings down the inside of my glass when I sip.

Because of the distinct citrus aroma, I thought this would be a much more bitter beer than it is and that's not a bad thing. IPA! is a very nicely balanced ale, which starts off with very little of the hop bite but then that nice citrusy bitterness grows as I let the ale linger on my tongue. It finishes very nicely. I sense that even though there is none in this, I do get a bit of pineapple in the finish.

This is a very nicely crafted IPA and I am quite glad that Shawna brought me a four pack. It would have been a shame to just have this one.

Thanks, Shawna. You rock!