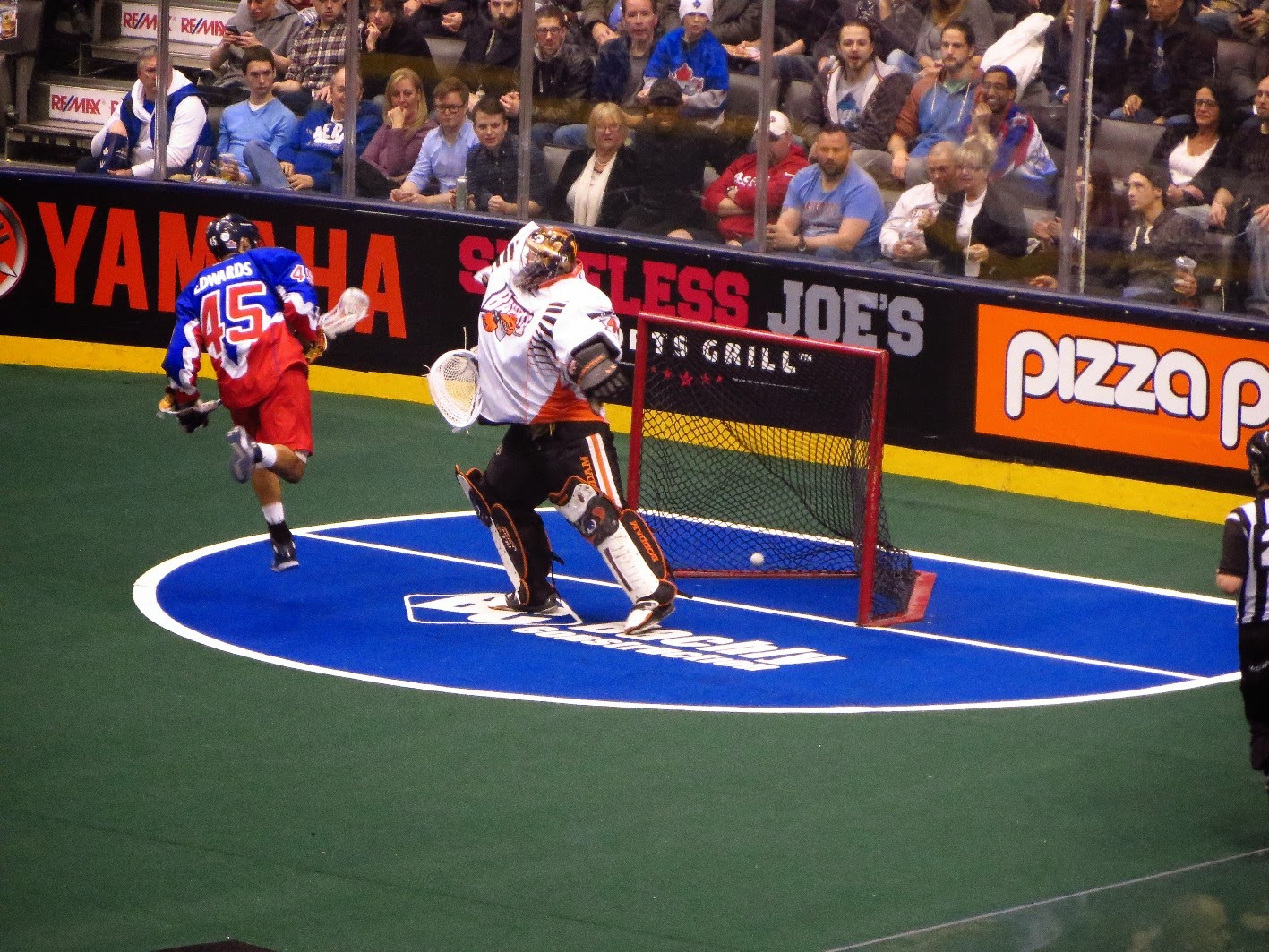 Last night in Buffalo, the Buffalo Bandits scored seven goals in the final quarter to hand the Toronto Rock only their second loss of the season. Tonight they traveled up the QEW to Toronto for the rematch. 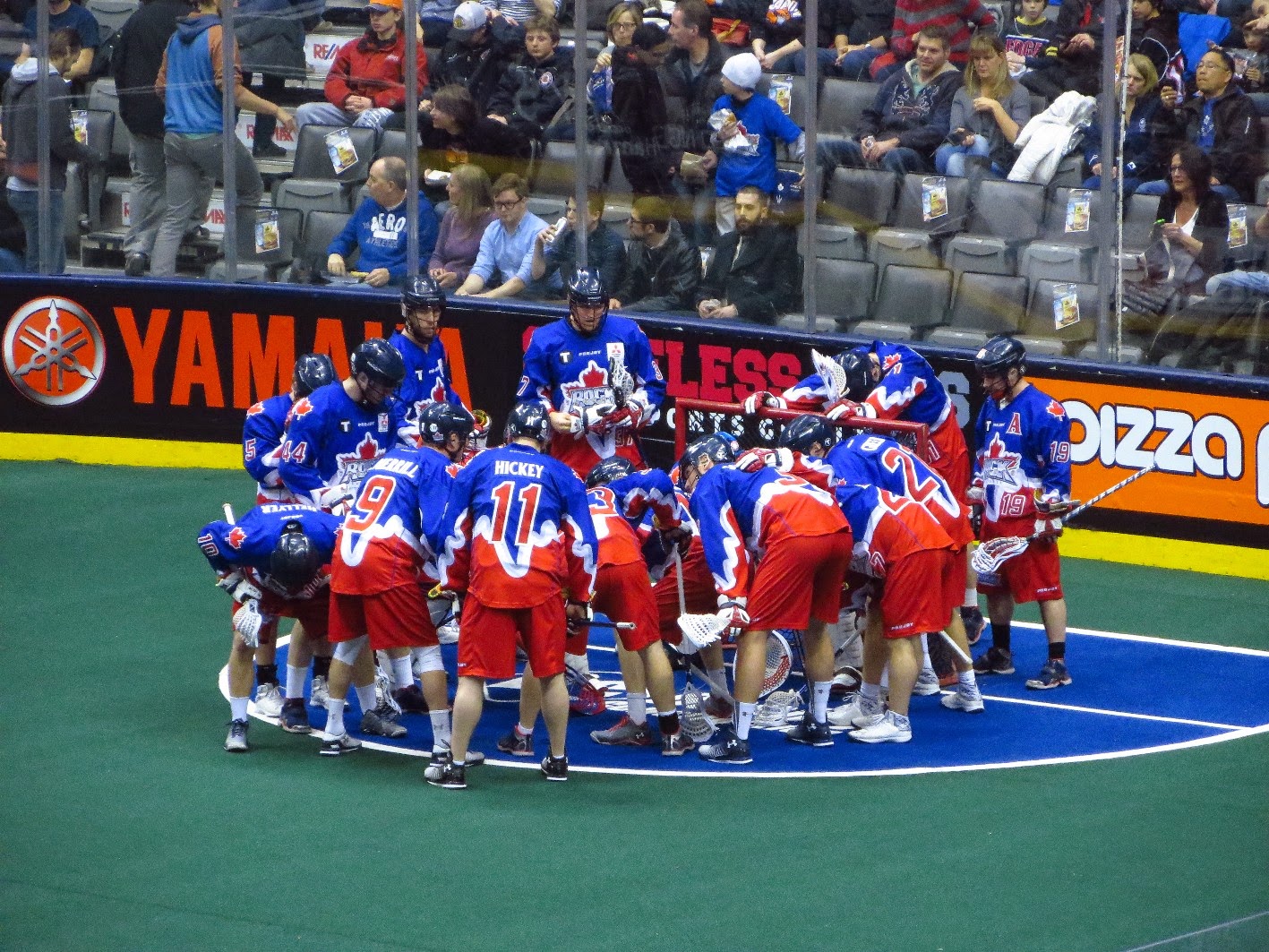 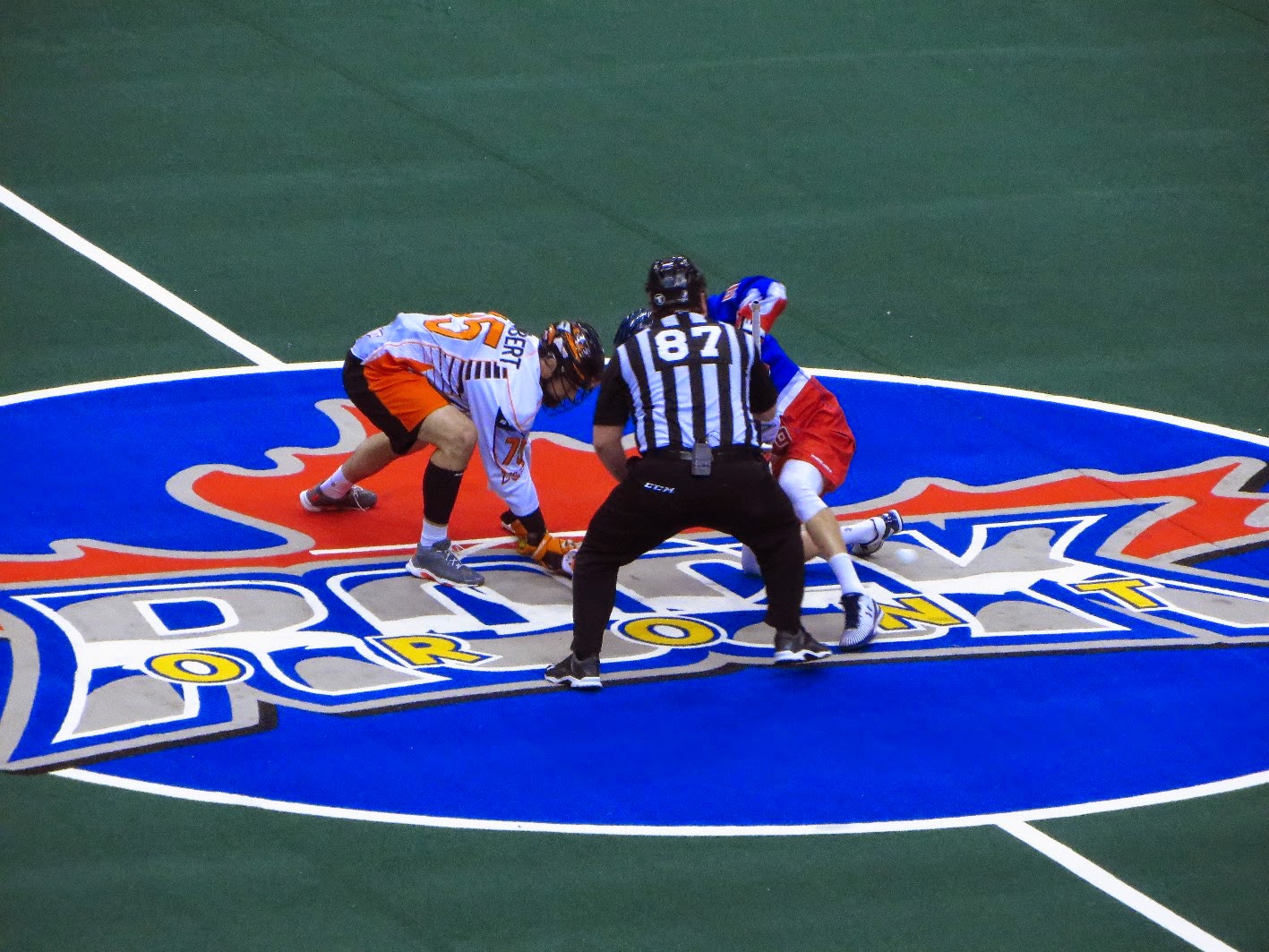 Brandon Miller was sensational in goal stopping 42 stops during the game. 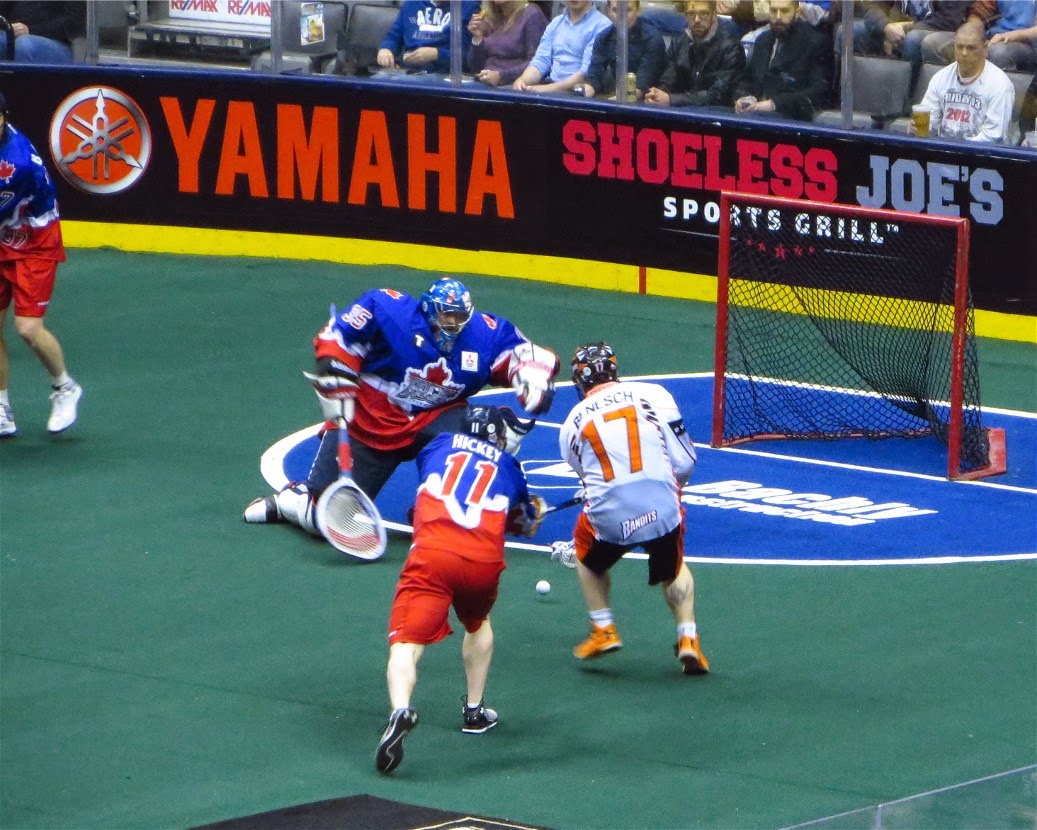 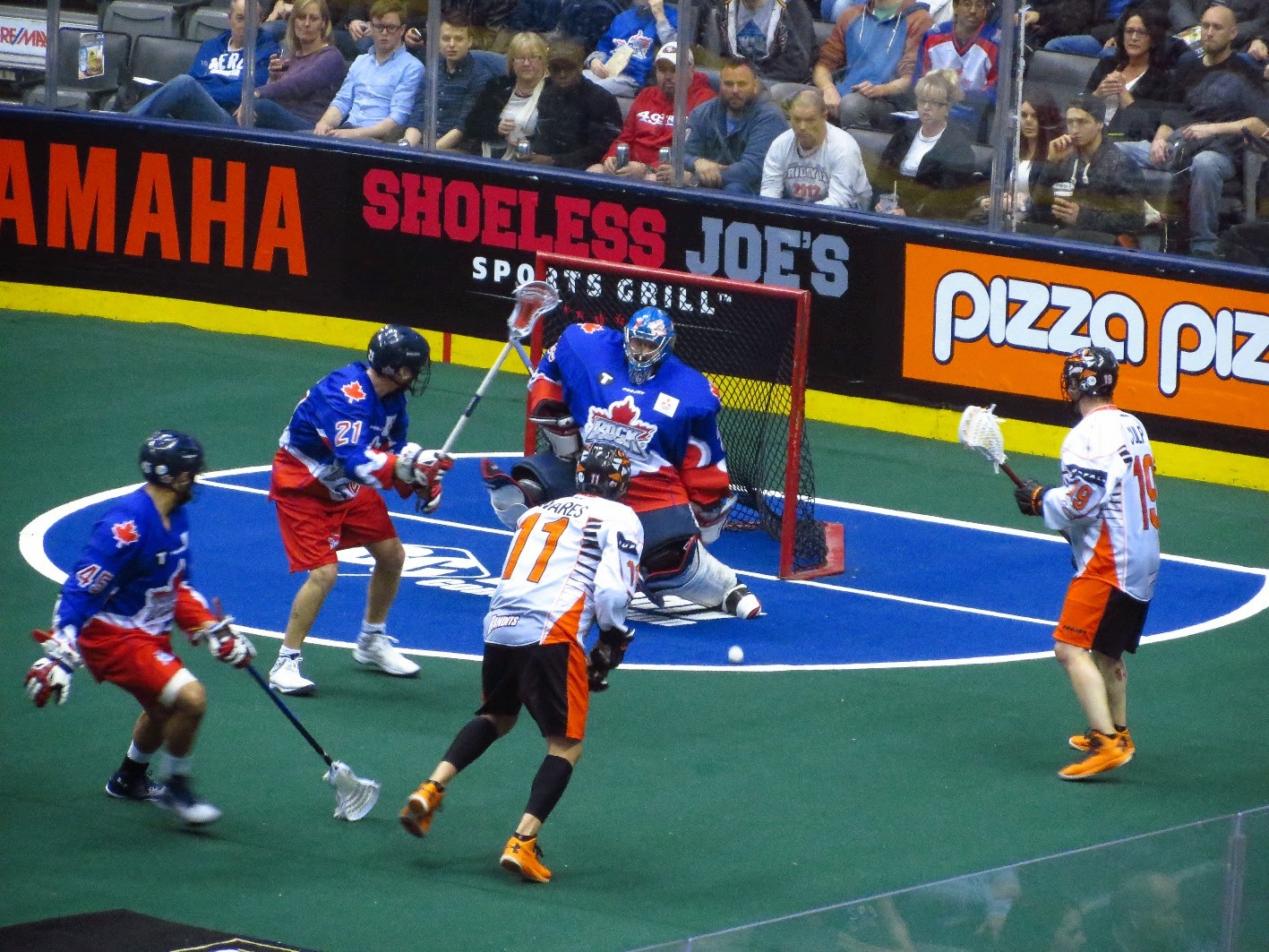 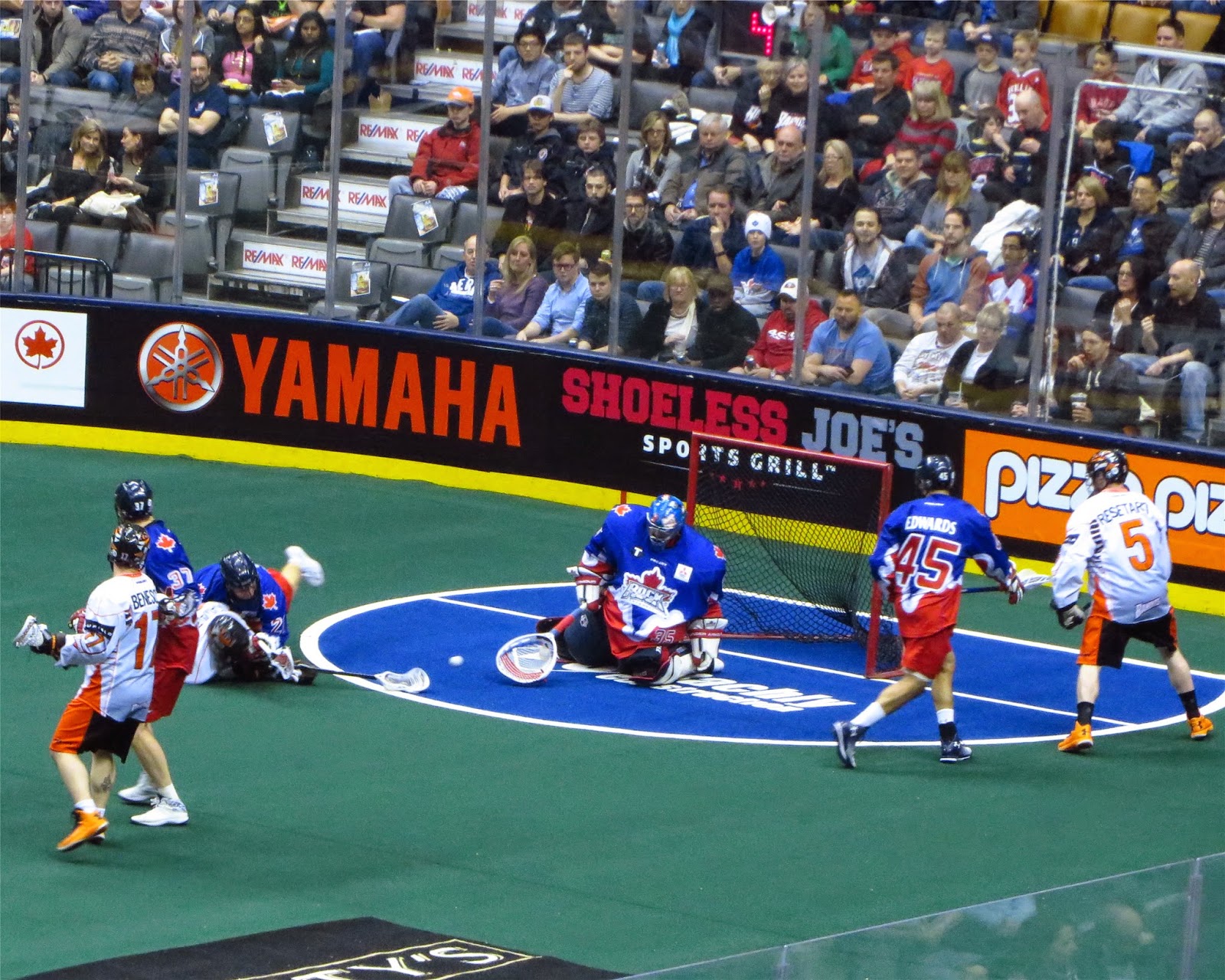 After jumping off to a 2-0 lead, the first quarter ended in a two all tie. The second quarter started great for Rock fans as Toronto scored four goals in the first five and a half minutes for a 6-2 lead.

Last night's game was full of fights but tonight just one broke out in the second quarter. Interesting that usually when the fighters hit the ground, it is over. Not here. They got up and continued! 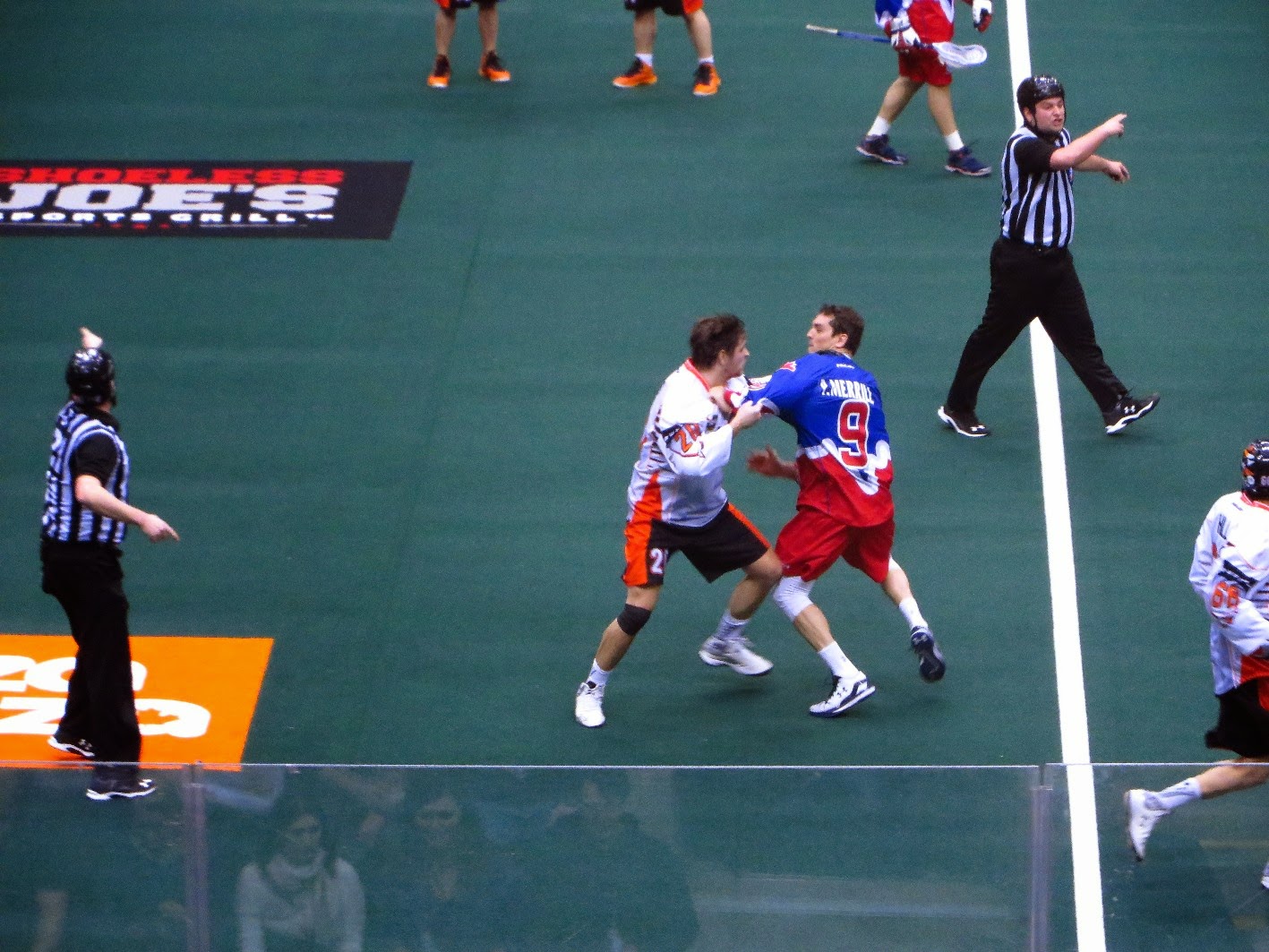 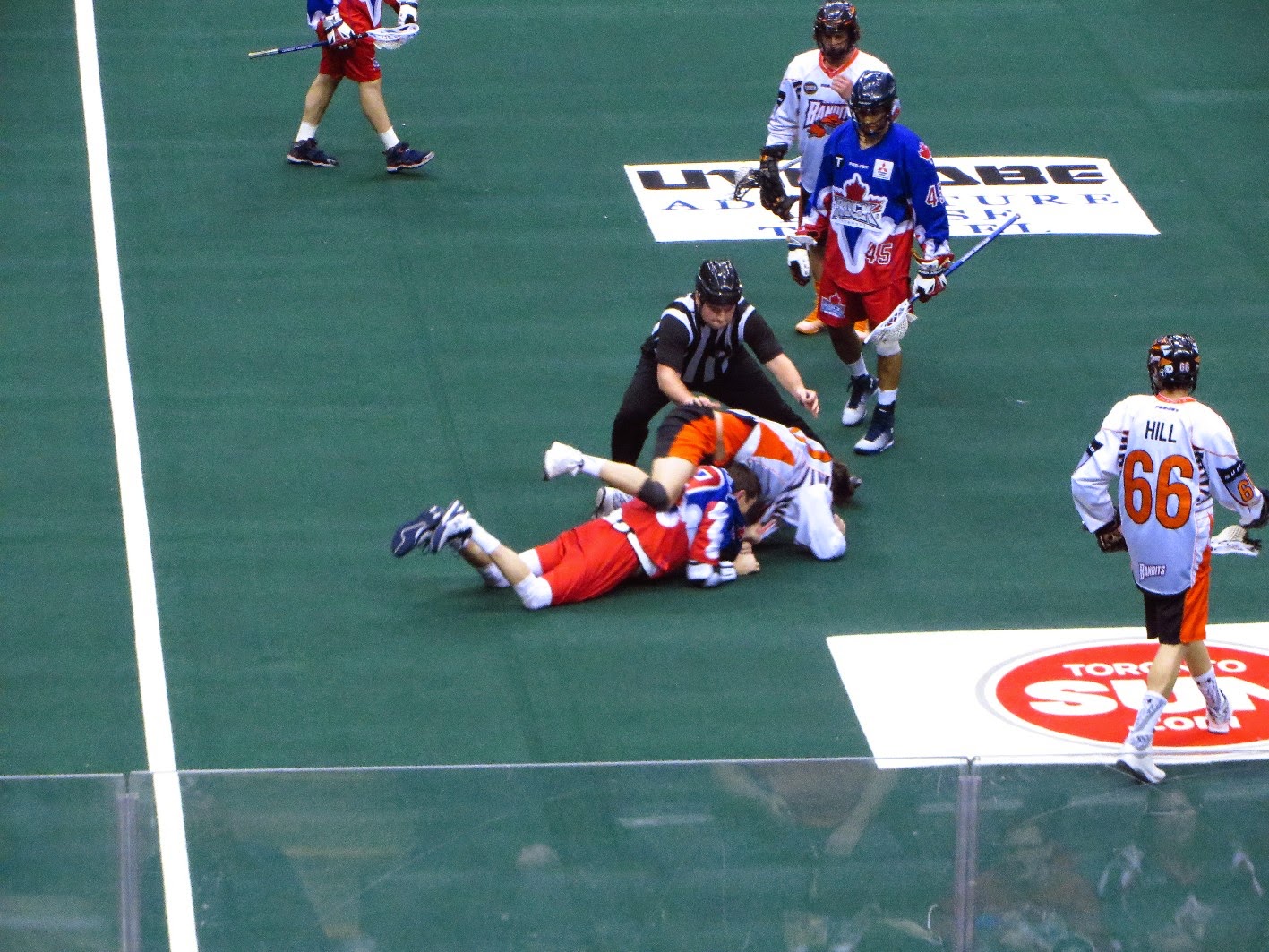 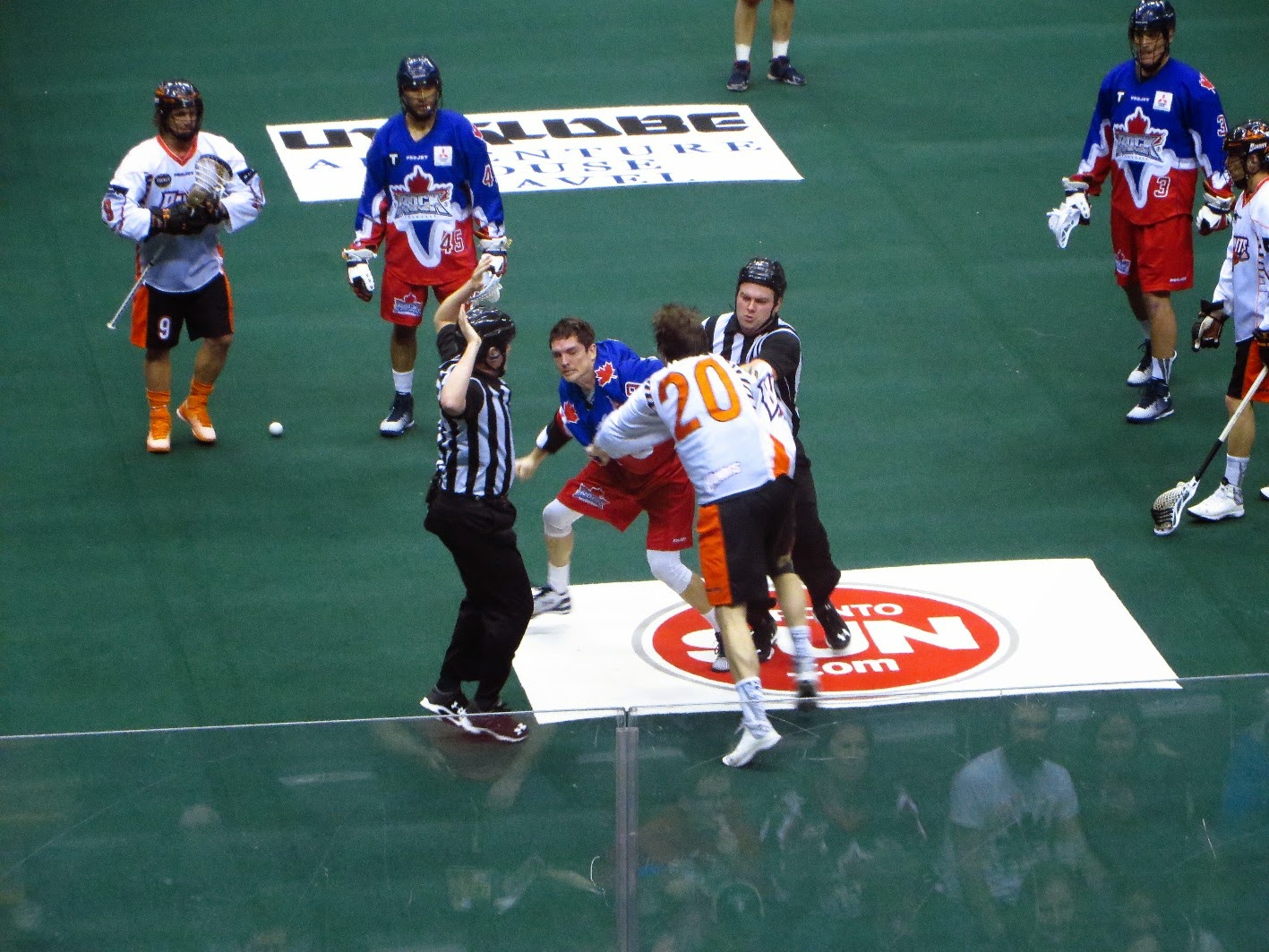 This all seemed to inspire the Bandits who scored a couple of quick goals. Then the Toronto Rock Cheerleaders came out to rev up the fans and the team. It worked as the Rock went int the dressing room at half time with an 8-5 lead. 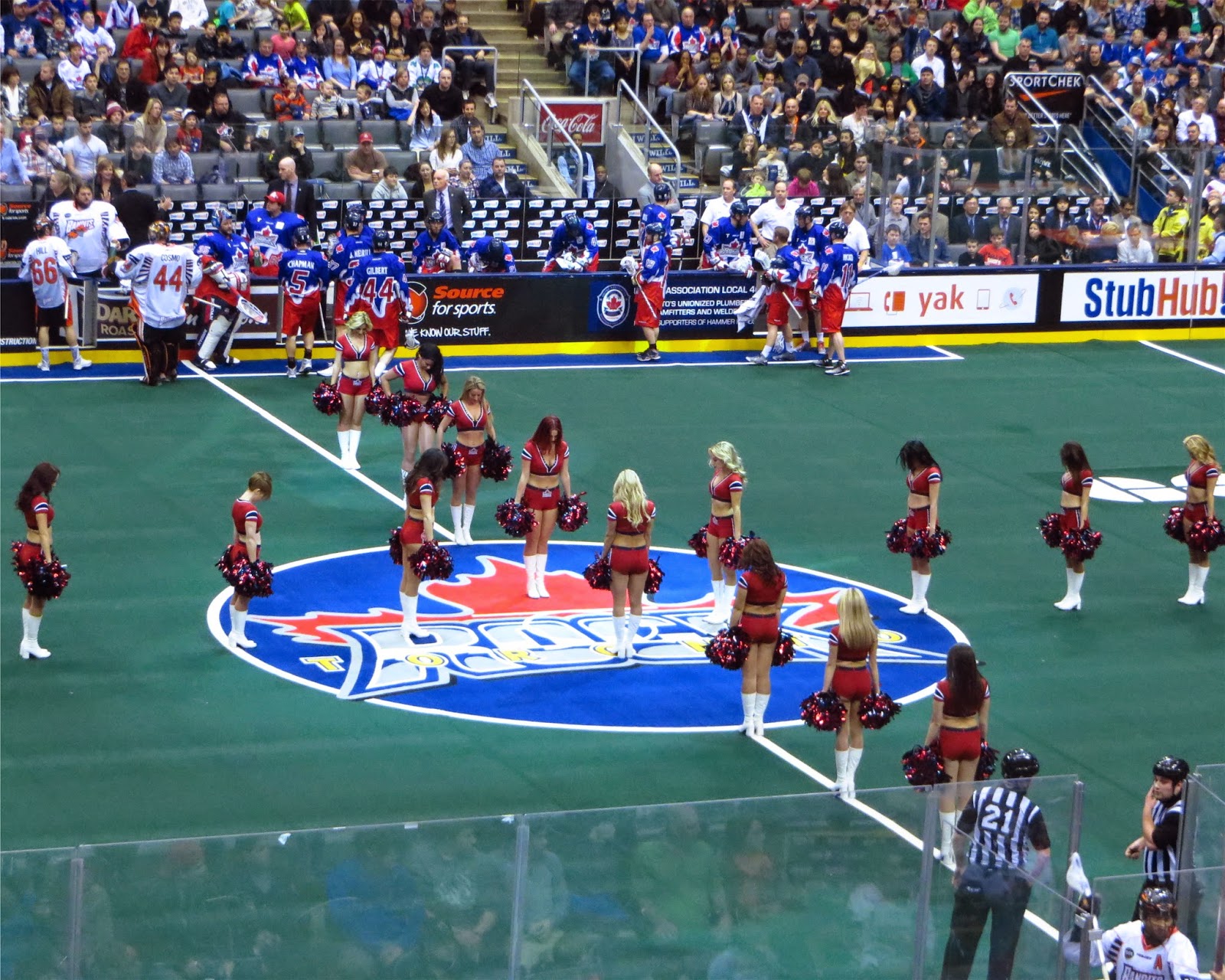 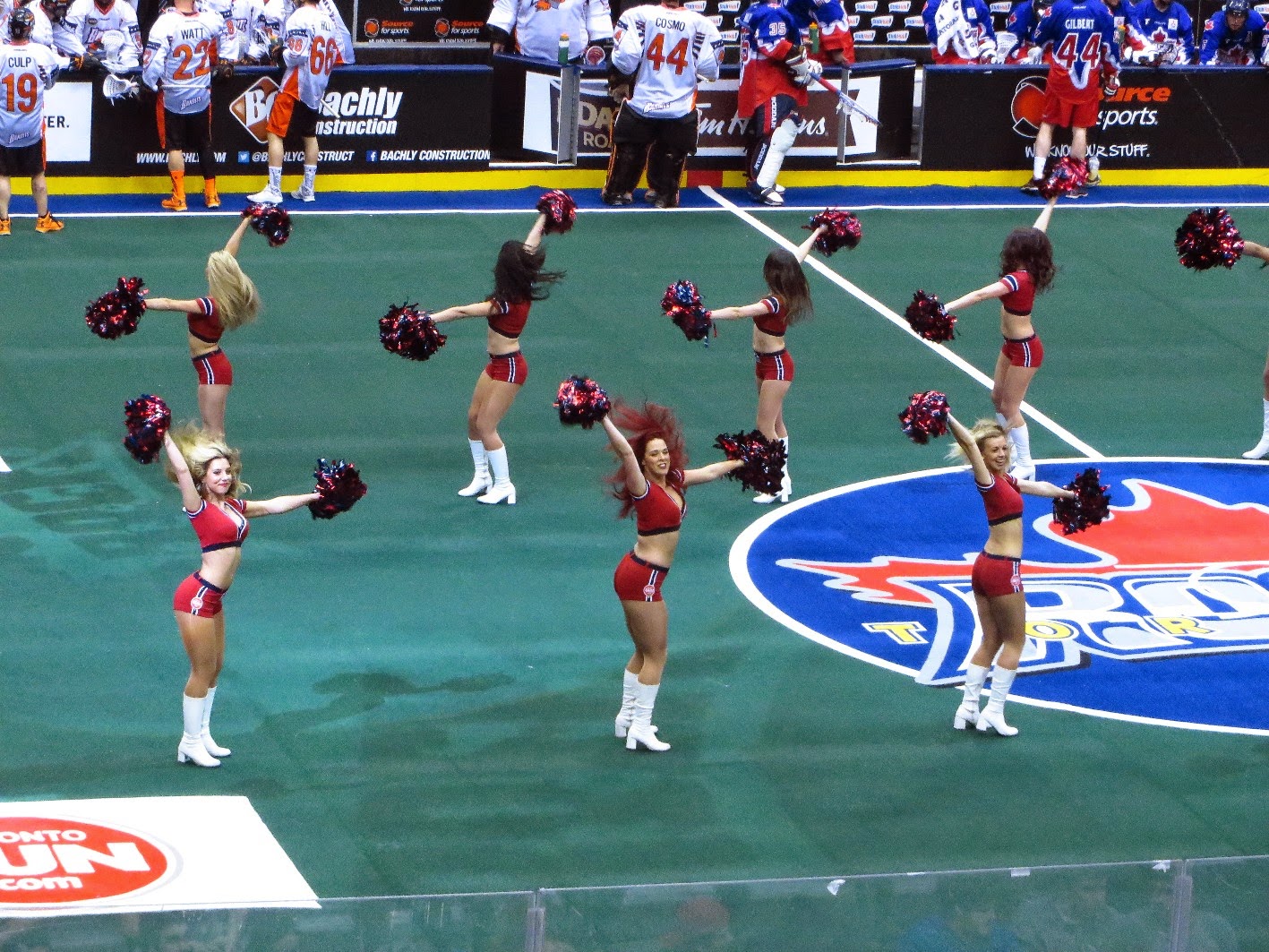 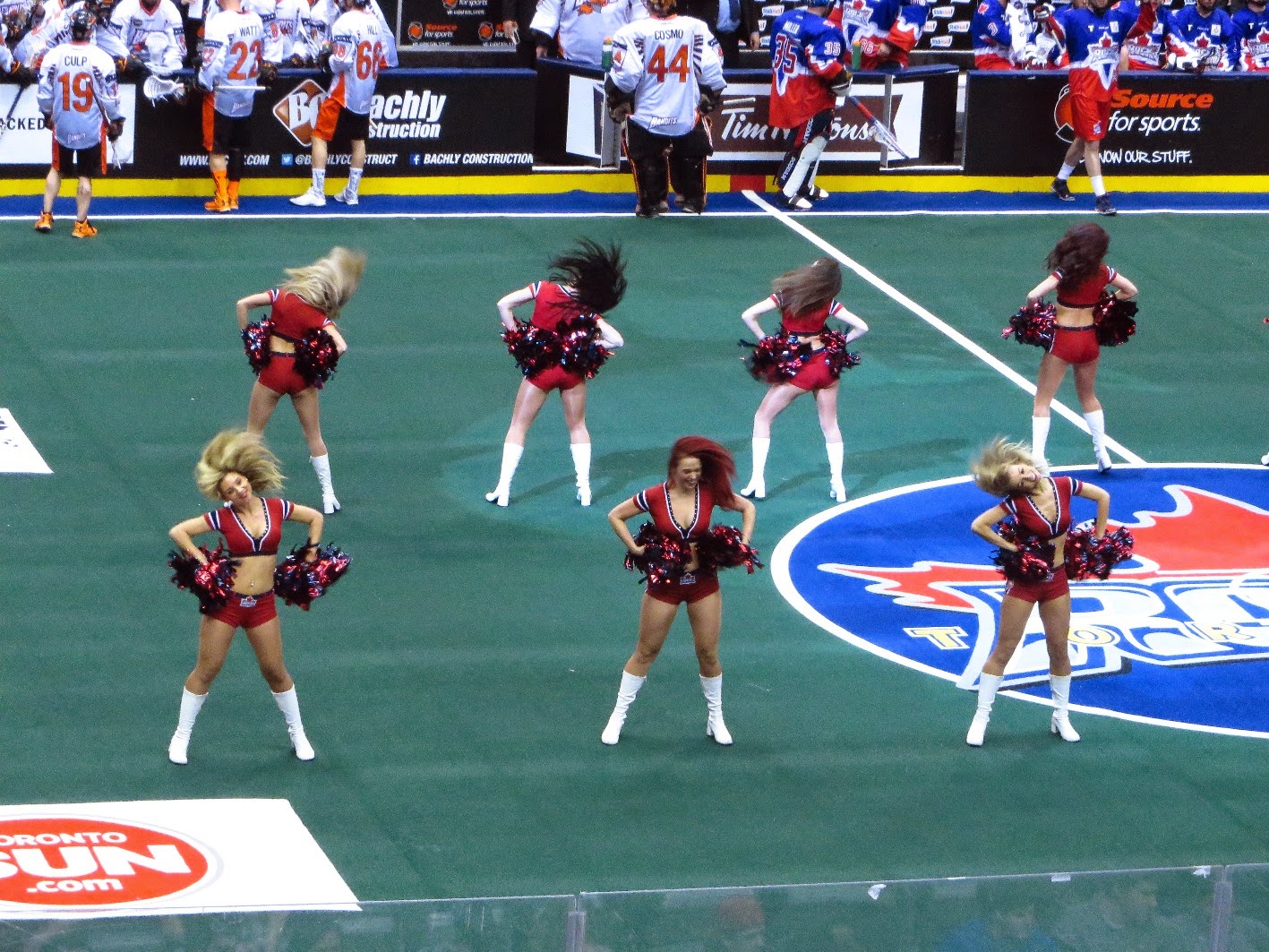 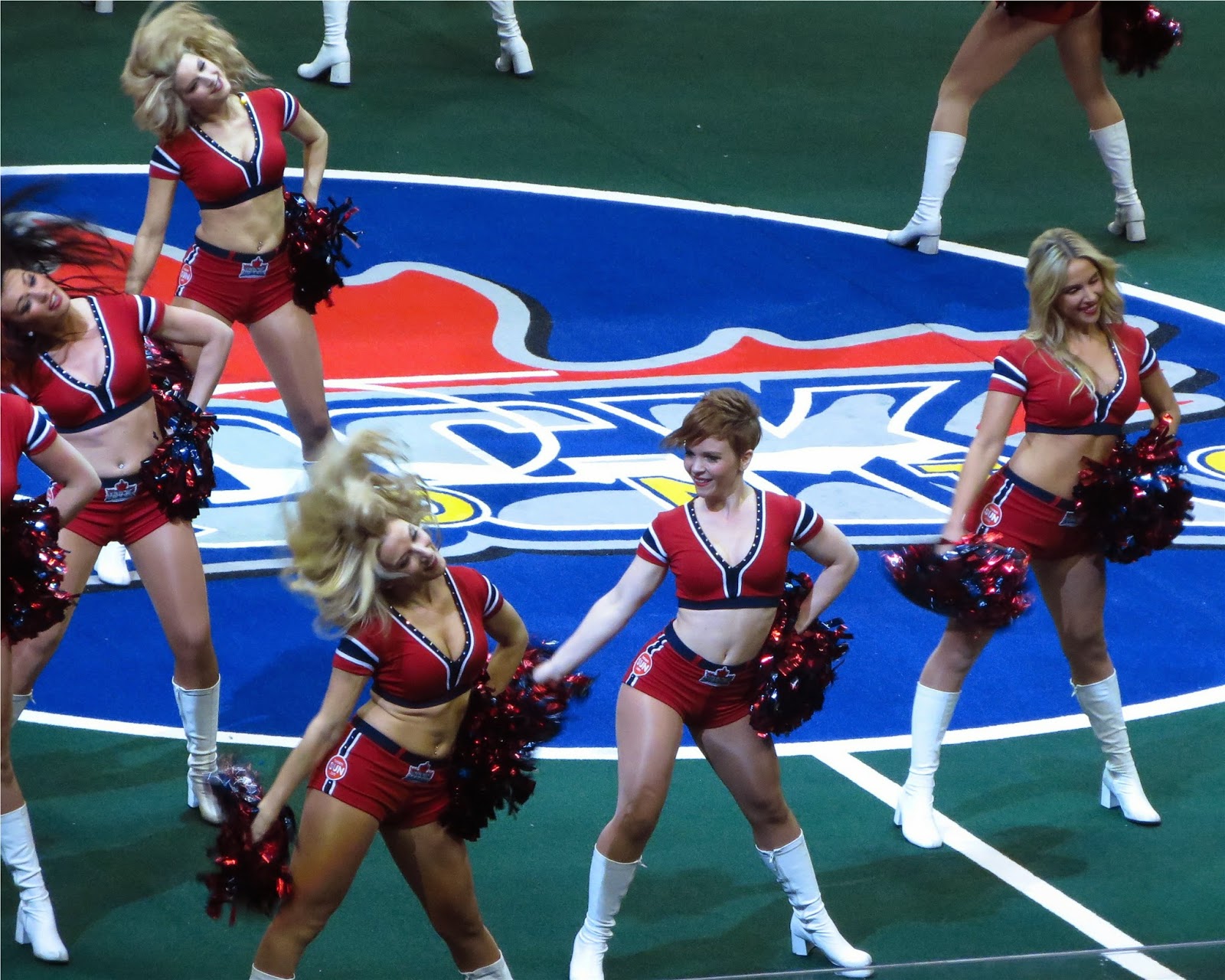 The third quarter was awful to sit through. Although the Rock hit a couple of goal posts, they never scored a goal while the Bandits put in four and lead 9-8 at the end of the quarter. 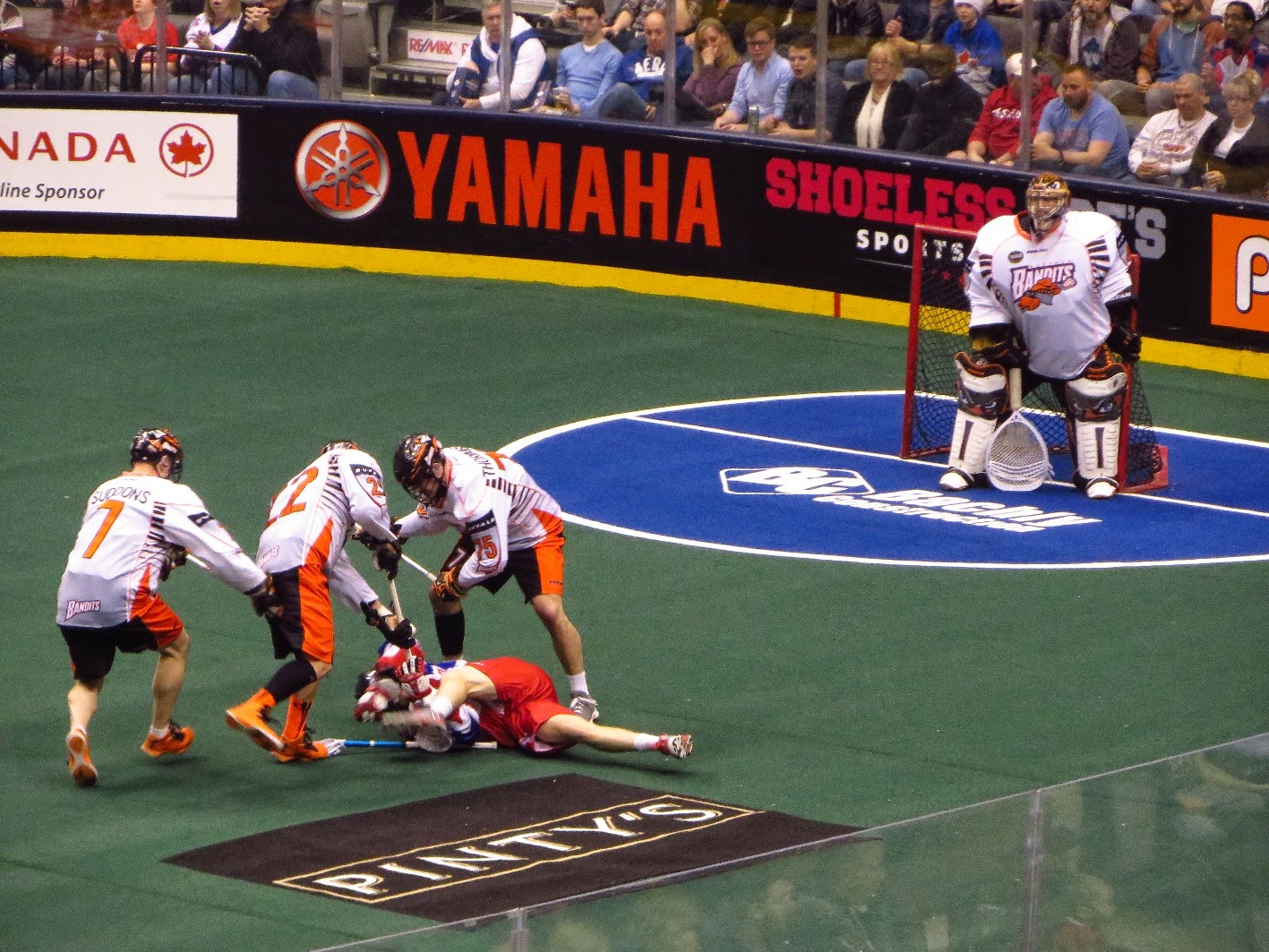 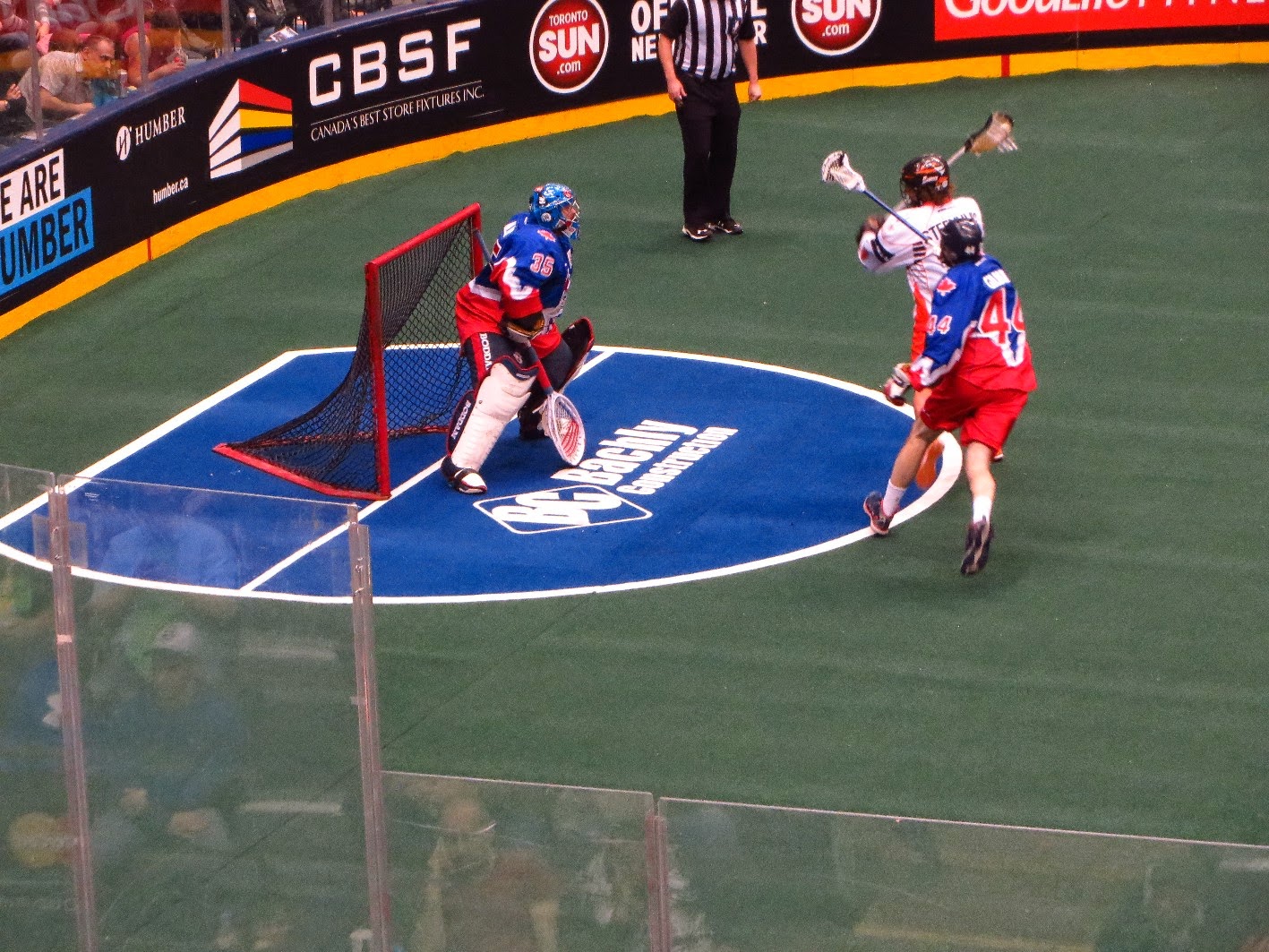 Roger and his Dad, Ben, came to the game with us tonight. Here are Roger and Teena. 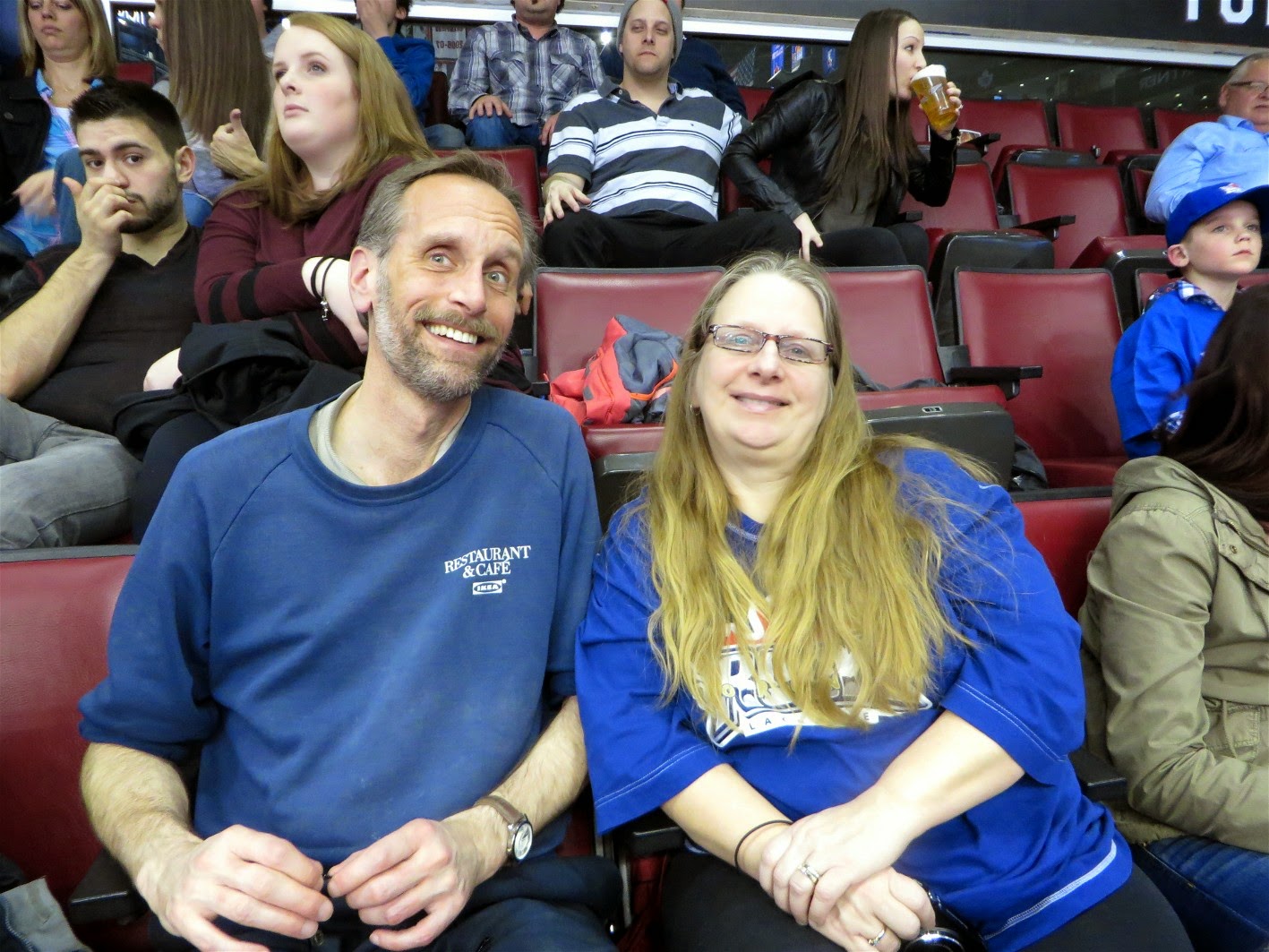 This might be the first selfie that has included Ben! 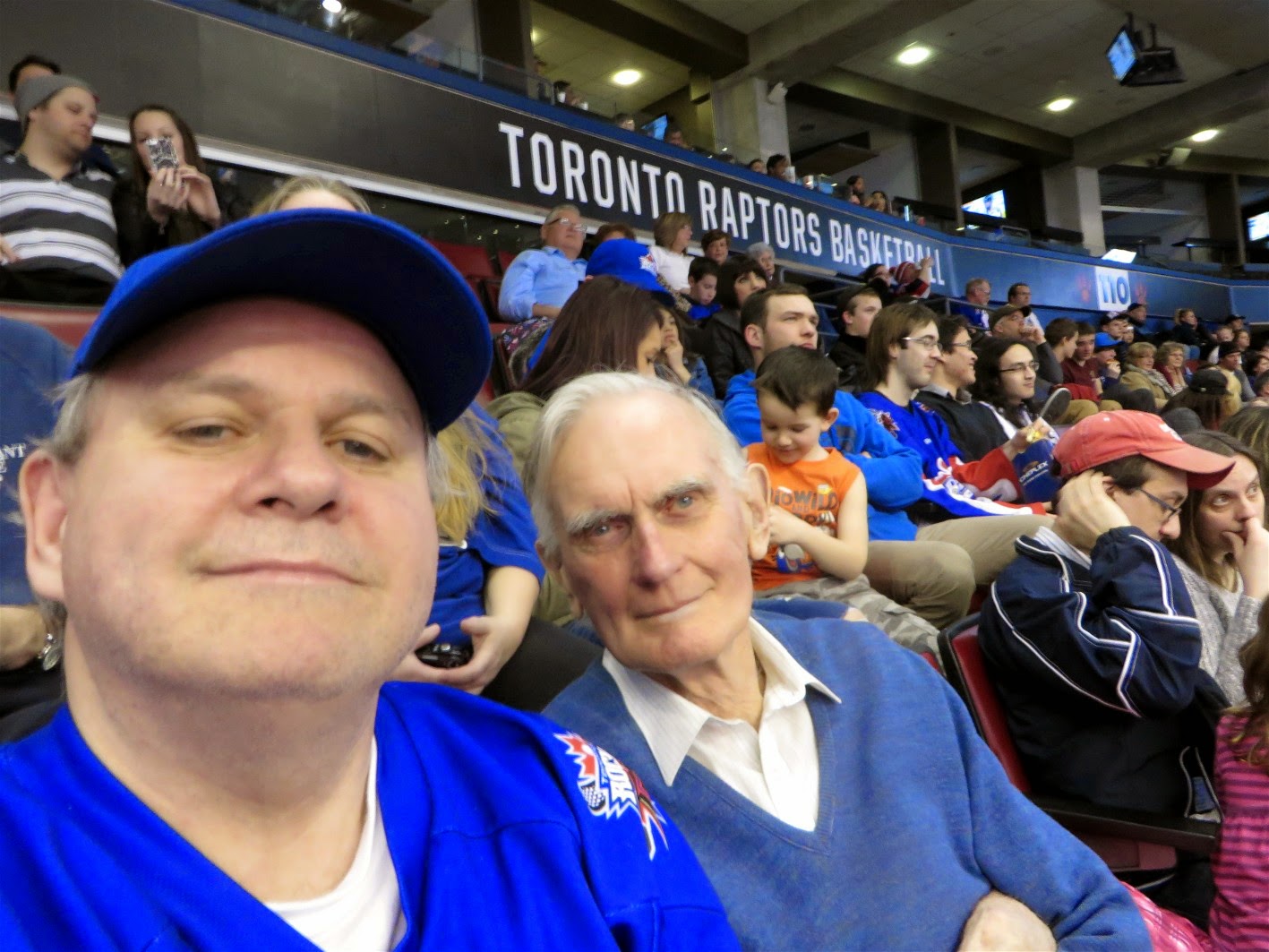 The fourth quarter was really exciting as the Rock scored in the first minute of the quarter to tie it up, only to have the Bandits take the lead again a minute or so after. The Rock Cheerleaders came never gave up. 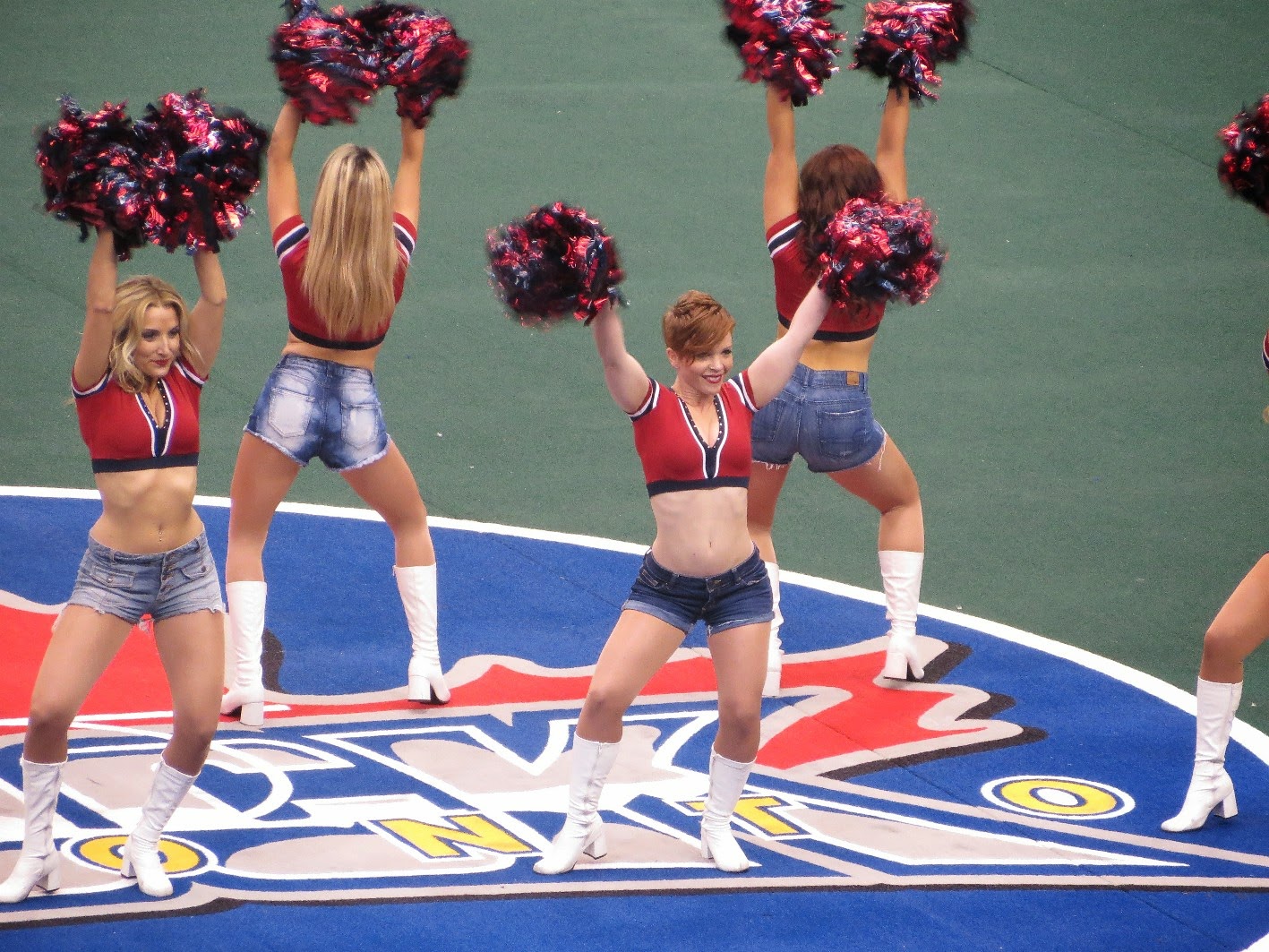 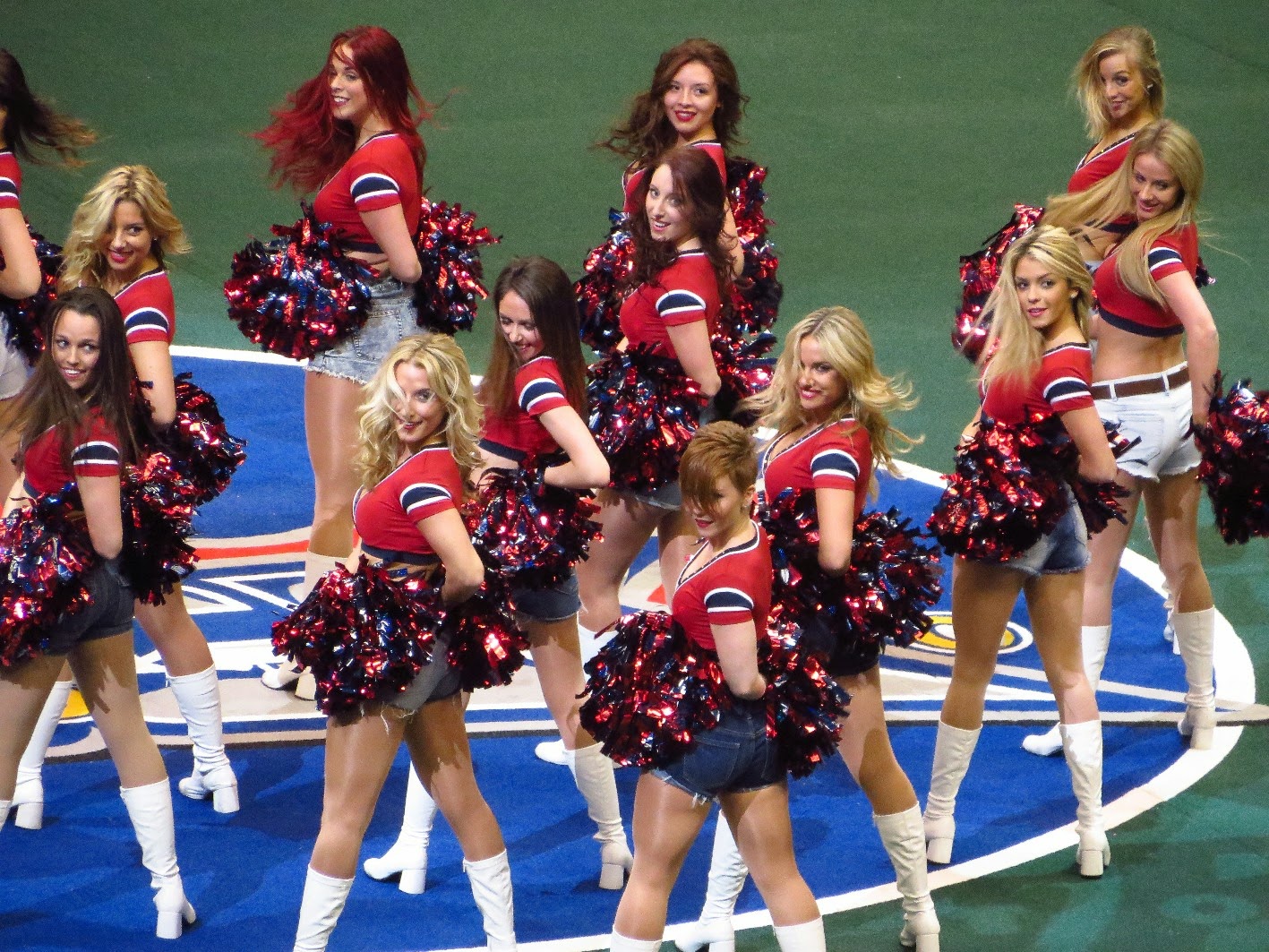 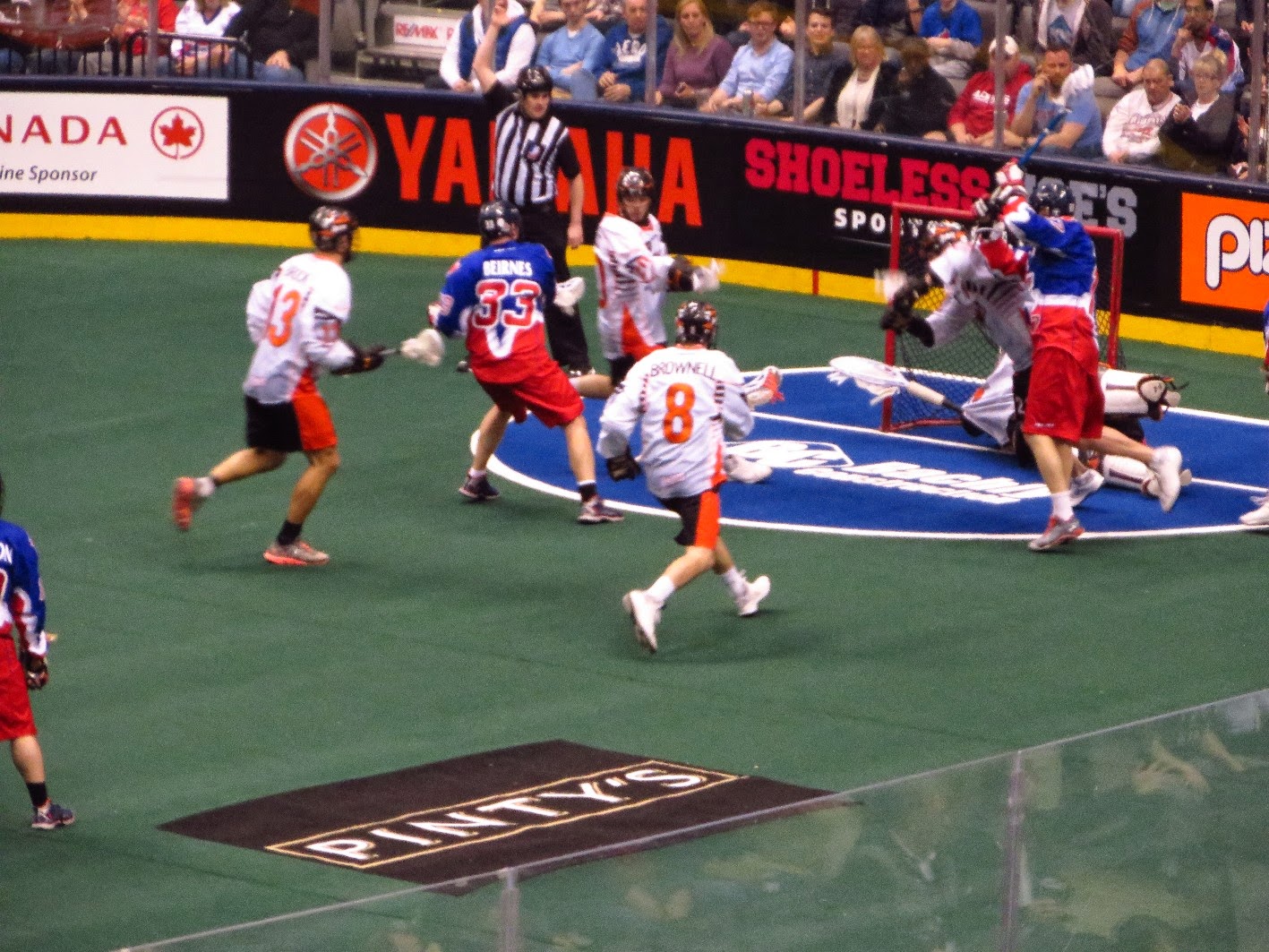 Toronto fans were ecstatic, but had to wait as Buffalo threw in a challenge flag. The cheerleaders came out to see the outcome, and yes, it was a goal! 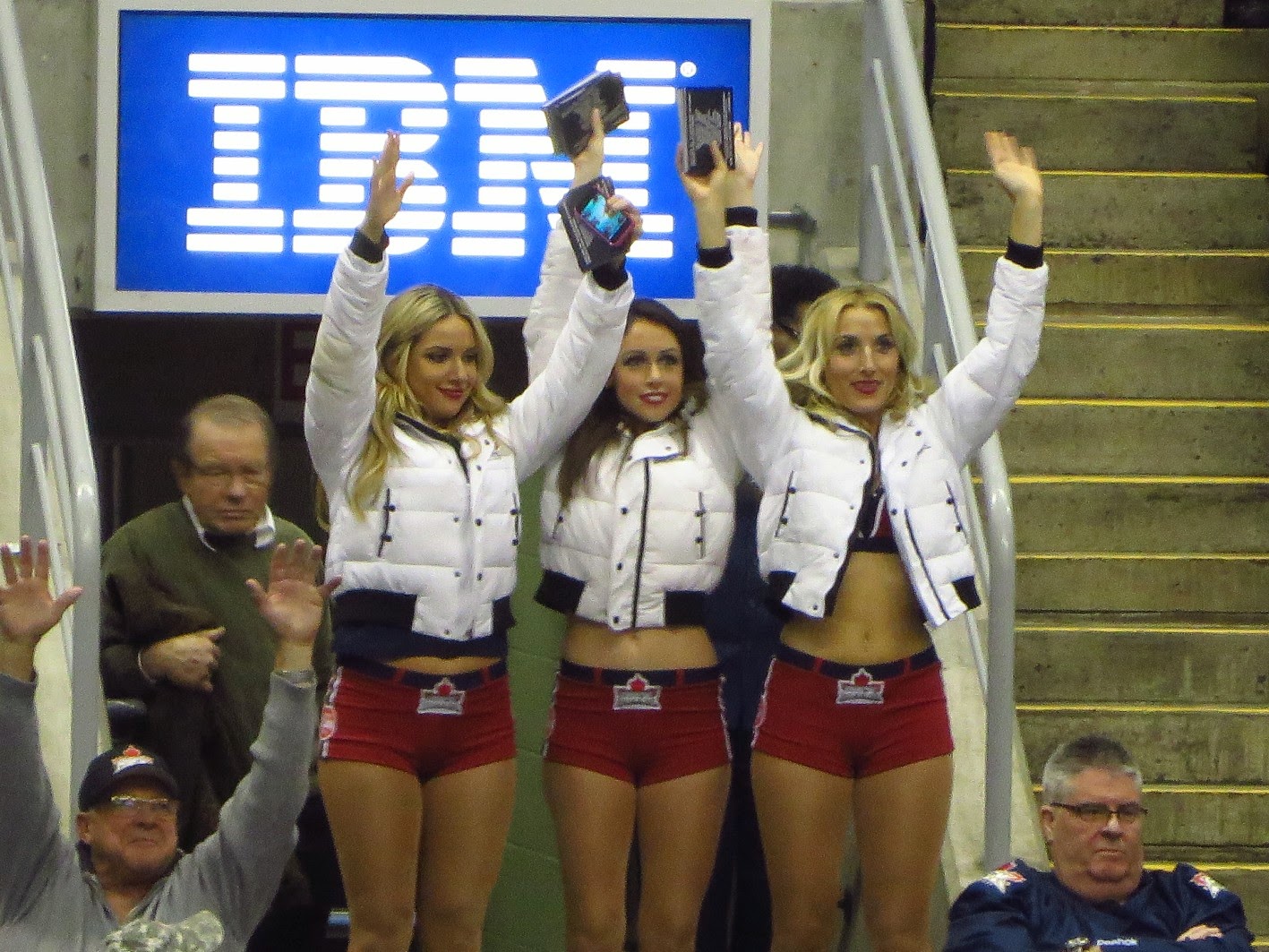 So came overtime. The place was rocking! Two minutes and seven seconds later Brett Hickey scored to give the Rock their league leading tenth win of the season.

Talk about a fun game ... although three overtime games(all wins) in the five games that we have been to this season is a little much. I am ready for just a nice easy slaughter of an opponent. Maybe next Saturday against the Edmonton Rush!.

As usual the Rock did a lap to thank the fans and first star, Rock goalie Brandon Miller was interviewed for the fans. 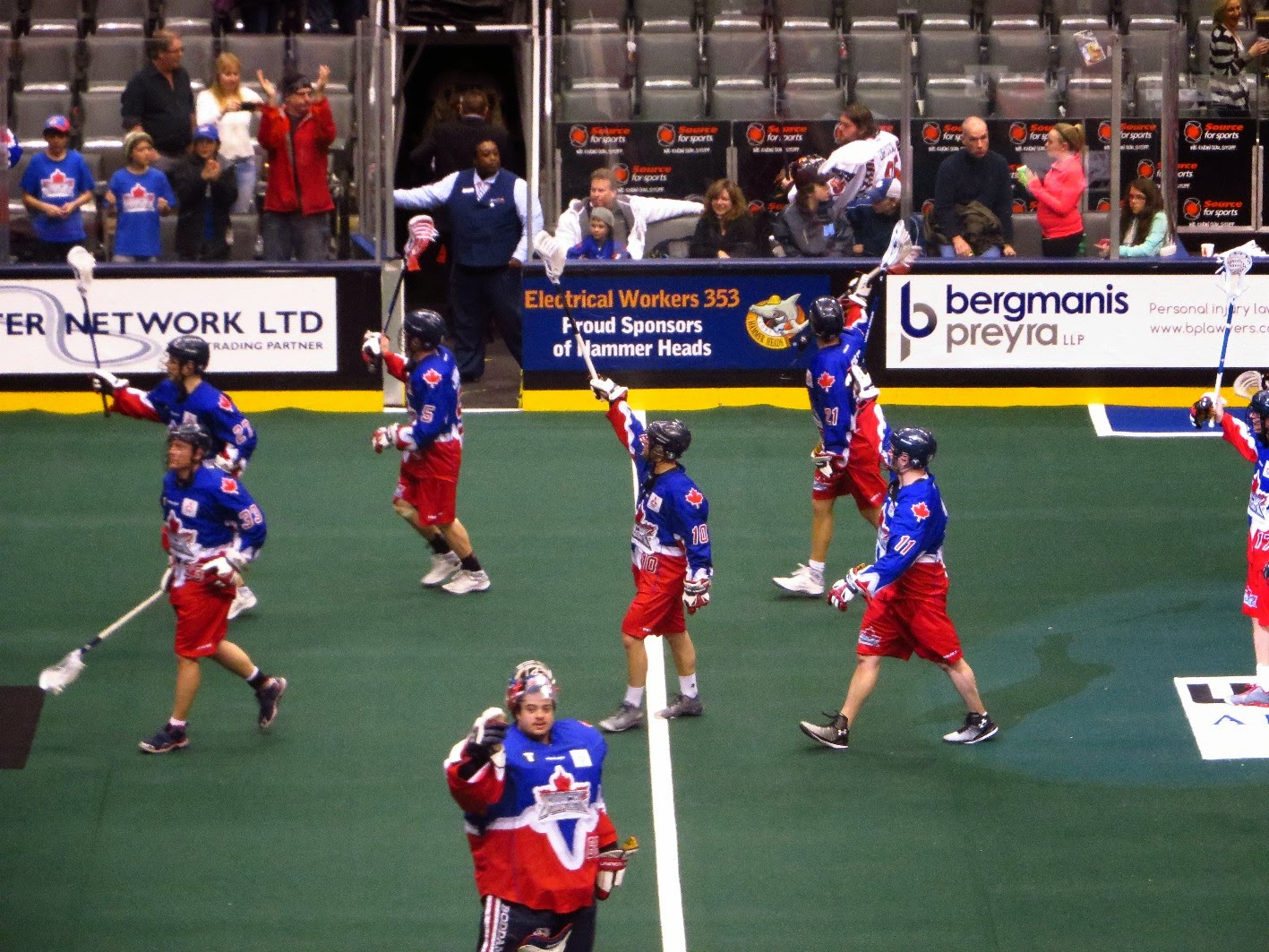 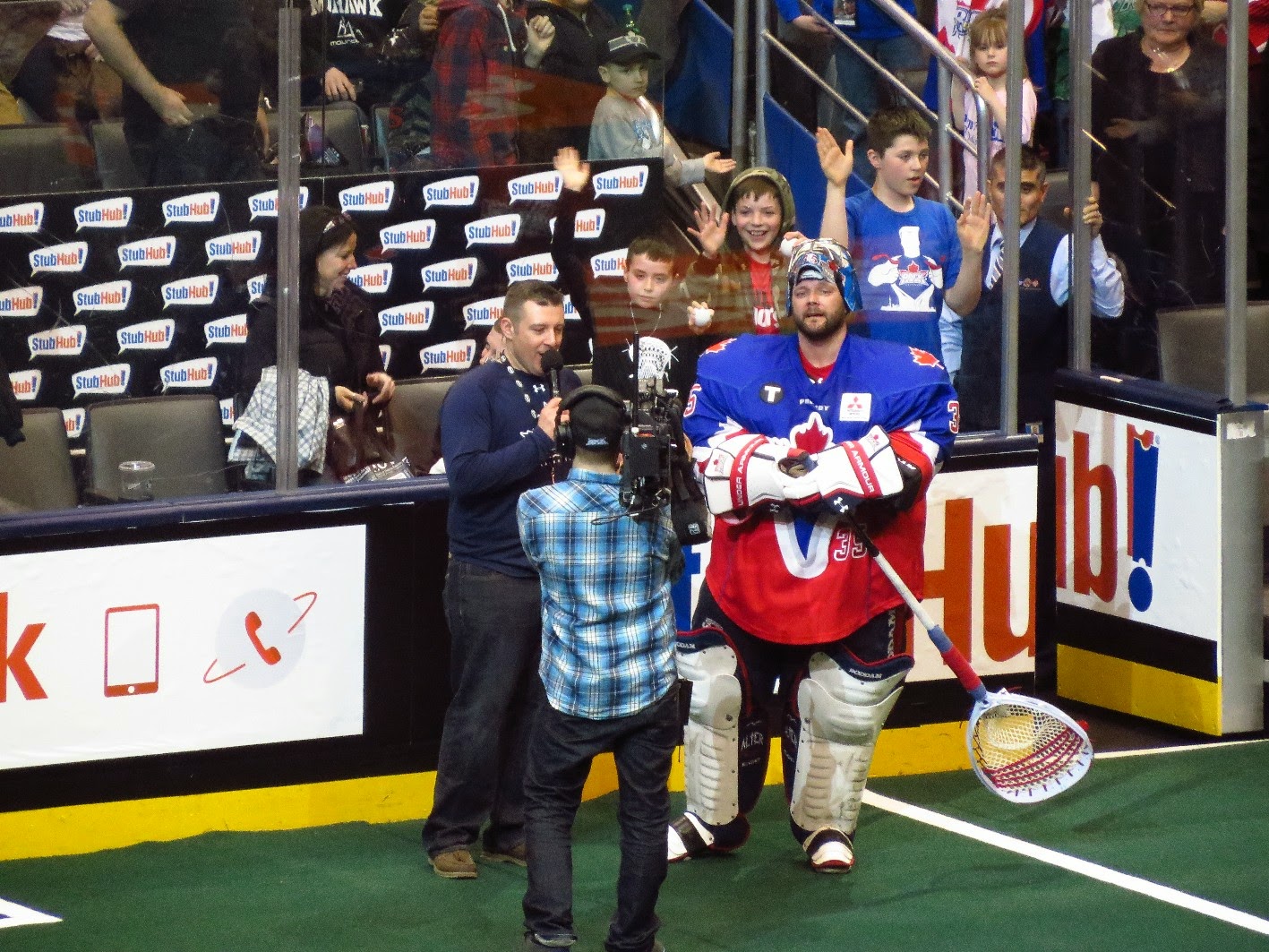 If for some reason the 10-2 Rock ended up tied with the Bandits, the Rock would win the tie breaker.

I am looking forward to next Saturday Nights game and getting a Josh Sanderson Bobblehead!
Posted by Swordsman at 22:00