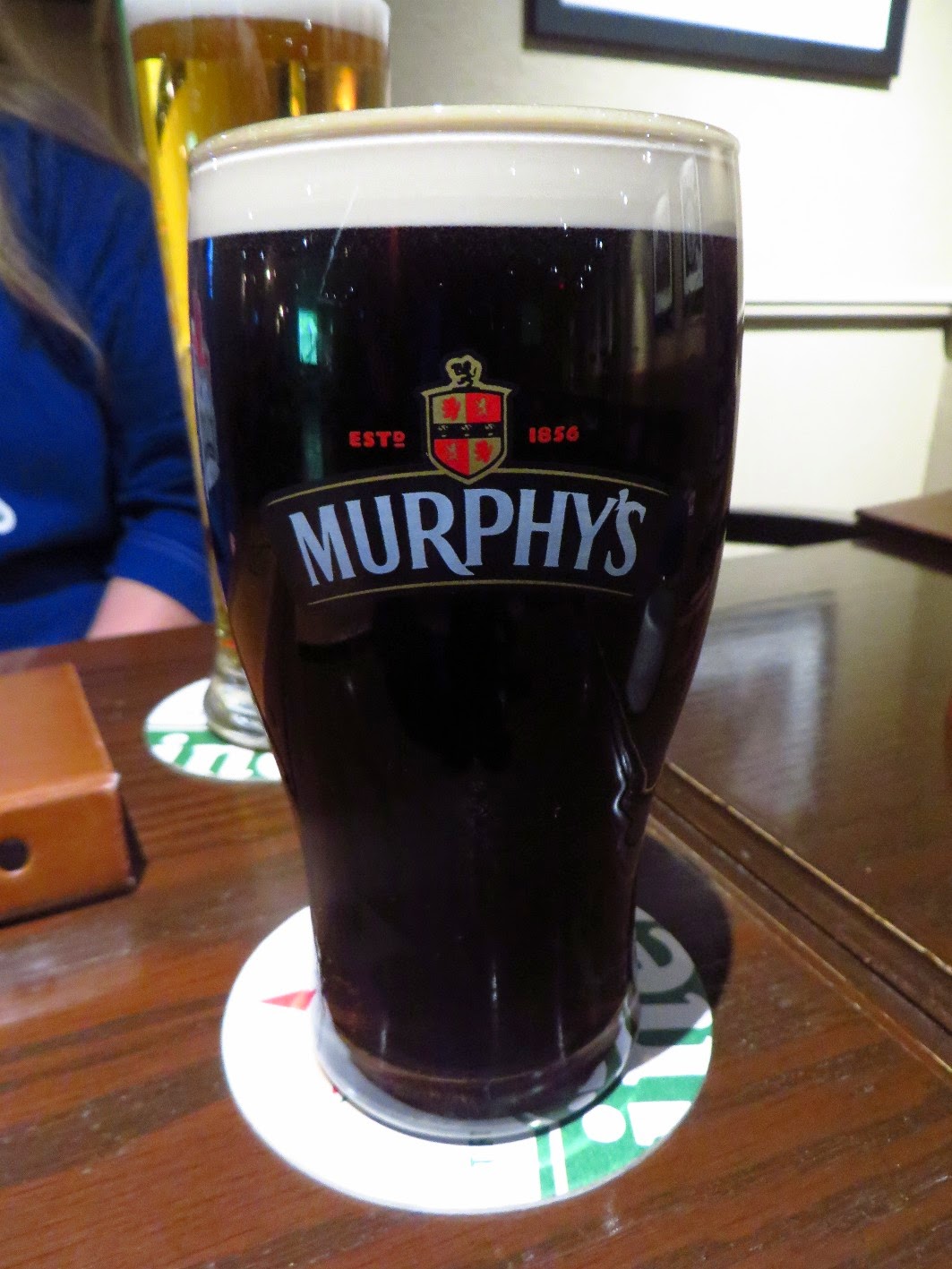 Last night before the Toronto Rock game, Teena and I went to The Strath Pub in the Strathacona Hotel for supper. On tap they offer two stouts, Guinness and Murphy's Irish Stout. I've had many a pint of Guinness in my time so thought I would try the Murphy's.

Murphy's Brewery was founded in 1856 in Cork, Ireland, by, of course, a family called Murphy. It was built on an old hospital site that on the land just above it had a well that was known as the Lady's Well, whose waters were said to have miraculous powers. The brewery was known as Lady's Well Brewery, named after this well.

The brewery was successful and under went major expansion in the 1880s. Lady's Well first started producing their stout in 1889. In 1983, the brewery was bought out by Heineken, who changed the name of the brewery to Murphy's Brewery. Heineken's Irish head office is located in the brewery in Cork. 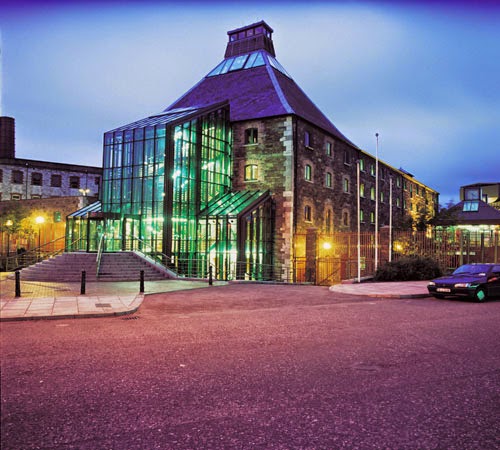 Murphy's Stout is black with a very smooth and creamy brownish head. The sides of my glass are covered in a veil of lacings after each sip. It is a very drinkable beer. As dark as it is, there is no heaviness to it.

I found a pronounced tone of chocolate in each sip. There is a little subtle bitterness to this, but it is much sweeter that it's Guinness rival.

This is a beer that I would have anytime I saw it on tap. I quite enjoyed it.