My December Beer of the Month Club Delivery 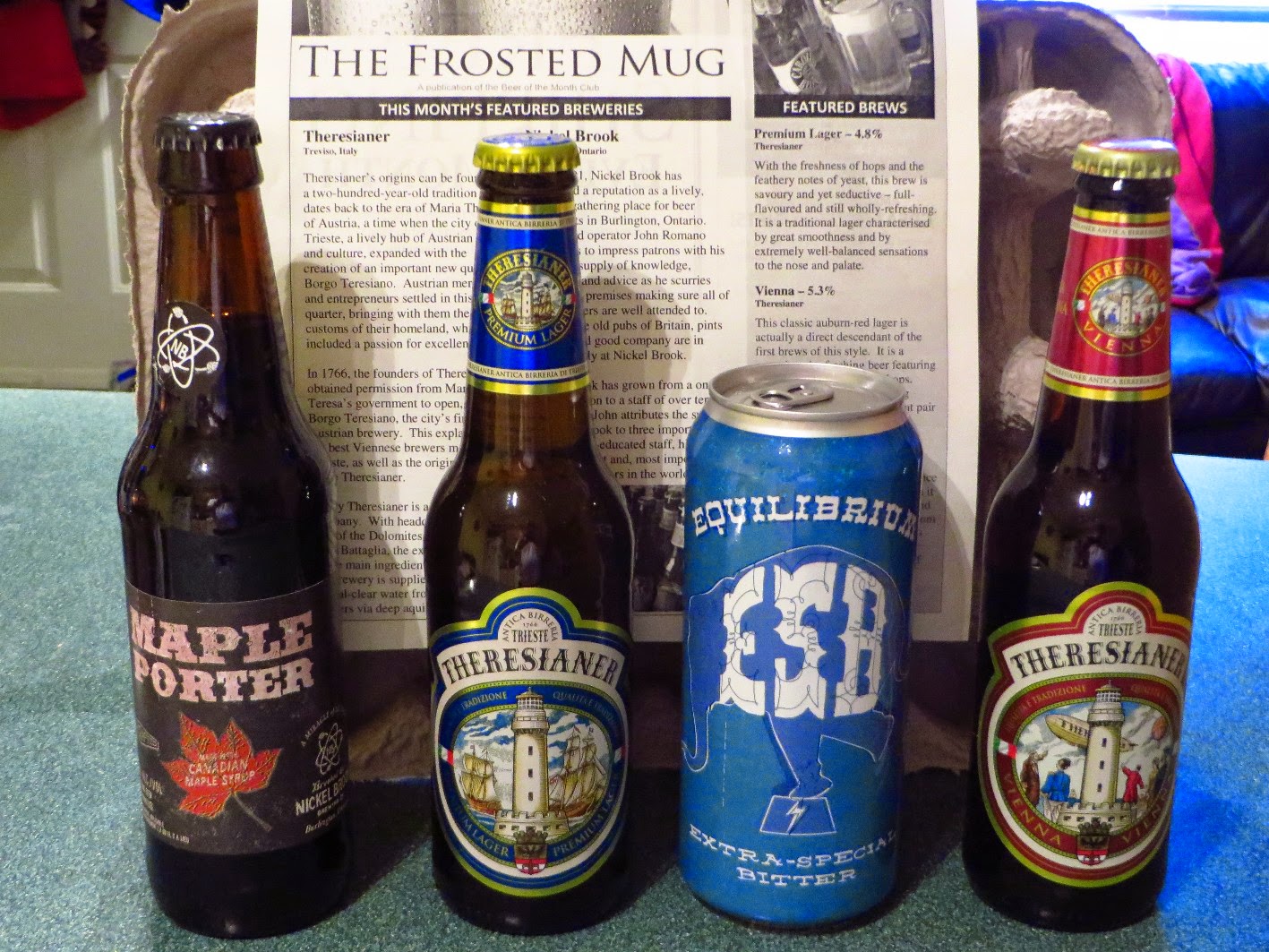 I am off this week so it was fun to answer the door this morning to find a fellow from Canada Post with my Beer of the Month delivery. This is the tenth month I have received the package. Although some of the breweries have been duplicated, the beers have all been different.This month I received three beers of two different styles from two breweries, which I have received beers from before.

Featured this month are two beers from Theresianer, which is an Italian brewery ... three bottles of their Premium Lager and three bottles of Vienna, which according to the newsletter is an auburn-red lager. I'm looking forward to this one as it is supposed to be a direct descendant of the first brews of this style.

There are two different beers from Nickel Brook Brewing in Burlington ... three cans of Equilibrium ESB that I am looking forward to, as I am a fan of English style bitters, and three bottles of Maple Porter. One reason I like this club is that I would not have bought this myself, as adding maple syrup to a beer might make it too sweet for my liking. Now I will be trying this beer, which I would never have thought of trying on my own.

Each will be featured in up coming Beer of the Week posts. 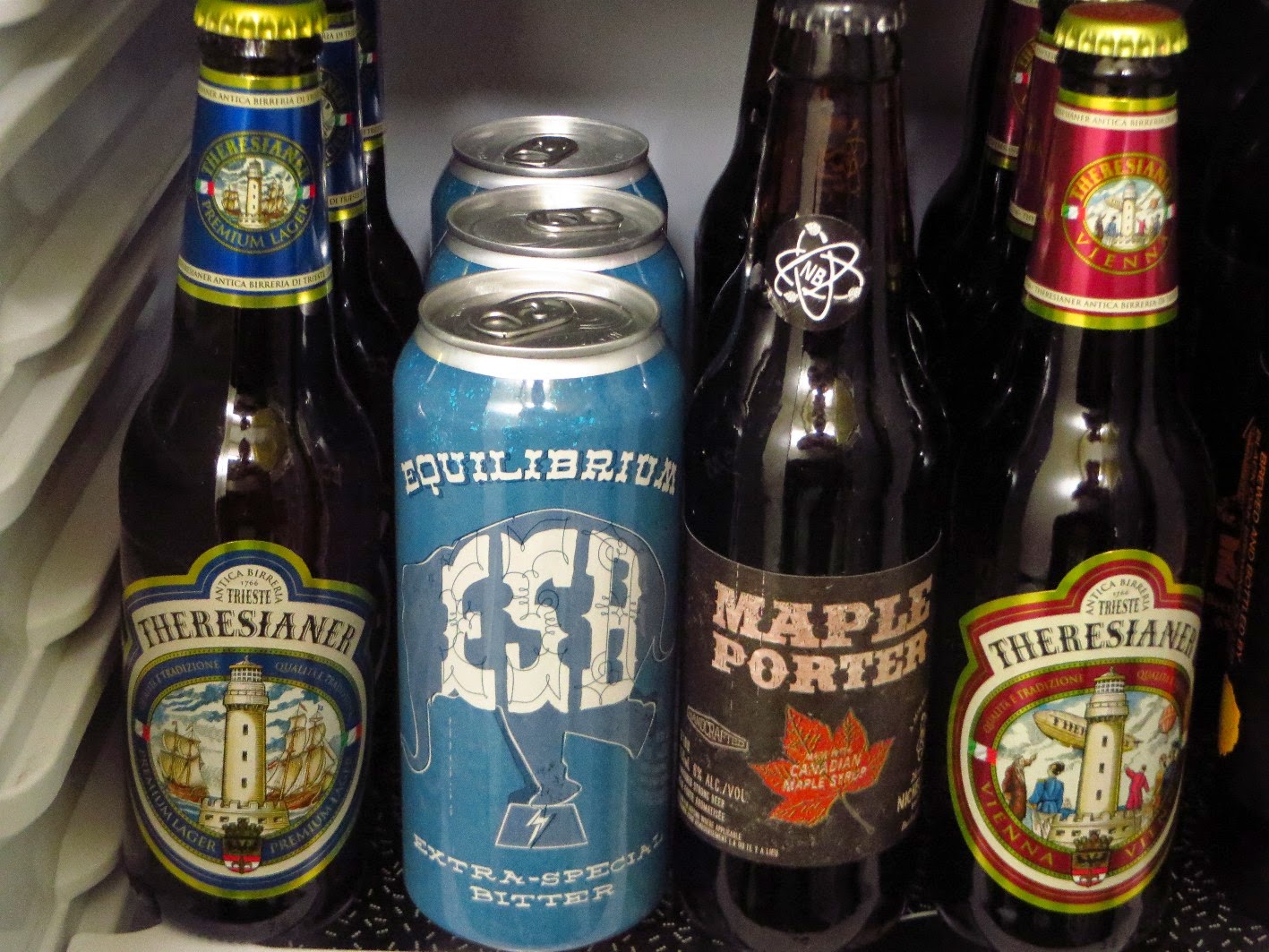