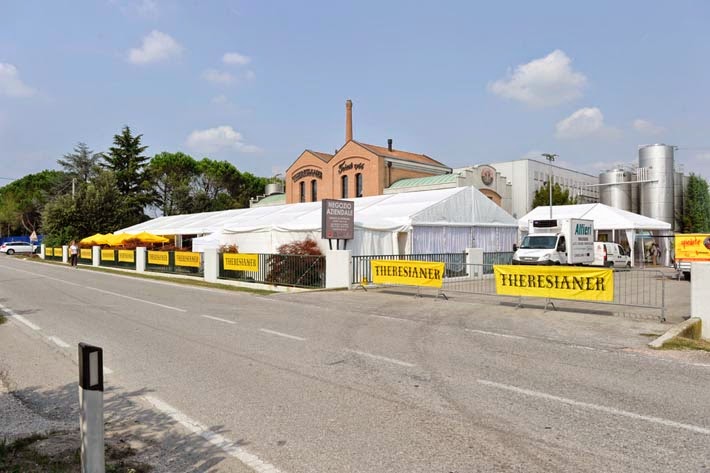 Last week I came home to find that Teena had bought me a six month subscription to Amazing Clubs, Beer of the Month Club. Included in this months box were beers from Italian Brewery, Theresianer Antica Birreria di Trieste. Three were Premium Pils and the other three were Pale Ales. I have had many European lagers and pilsners but not too many pale ales from Europe. I'm looking forward to this.

The brewery is located in Trieste Italy, a city on the west coast of the Adriatic Sea which is just under a hundred miles south of Austria. Why is this important? In the 1700's the city attracted many Austrian merchants. In 1766, the founders of Theresianer received permission from Maria Theresa of Austria, who was the countries ruler. This was the cities first Austrian brewery, and obviously a survivor.

Lets start with the Premium Pils which I tried yesterday. 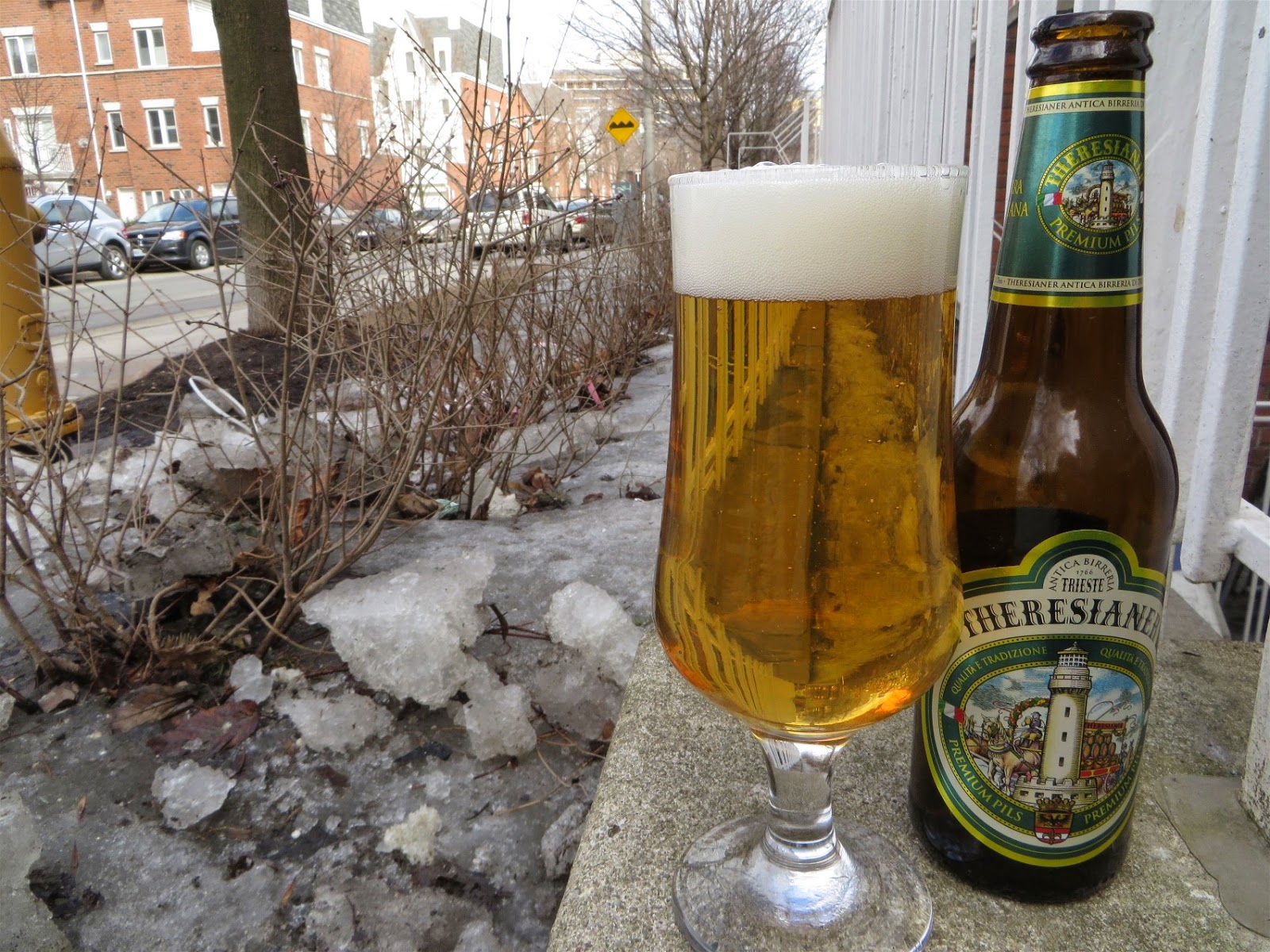 The beer pours a light golden colour with a large white head. As you can see, it is a pretty clear beer. The head did take a few minutes to disappear leaving behind lacings that did not stick to the glass but slowly slid back into the beer, not unusual for a lager.

There is a sweetness to this beer that I had not expected. Most European pilsners had a crisp light bitterness to them, that this lacks. It is sweet throughout and does finish with a little, very little, bitter finish. This is a decent beer but one that lacks that nice bitter quality that I personally enjoy in a pilsner.

Time for their Pale Ale. 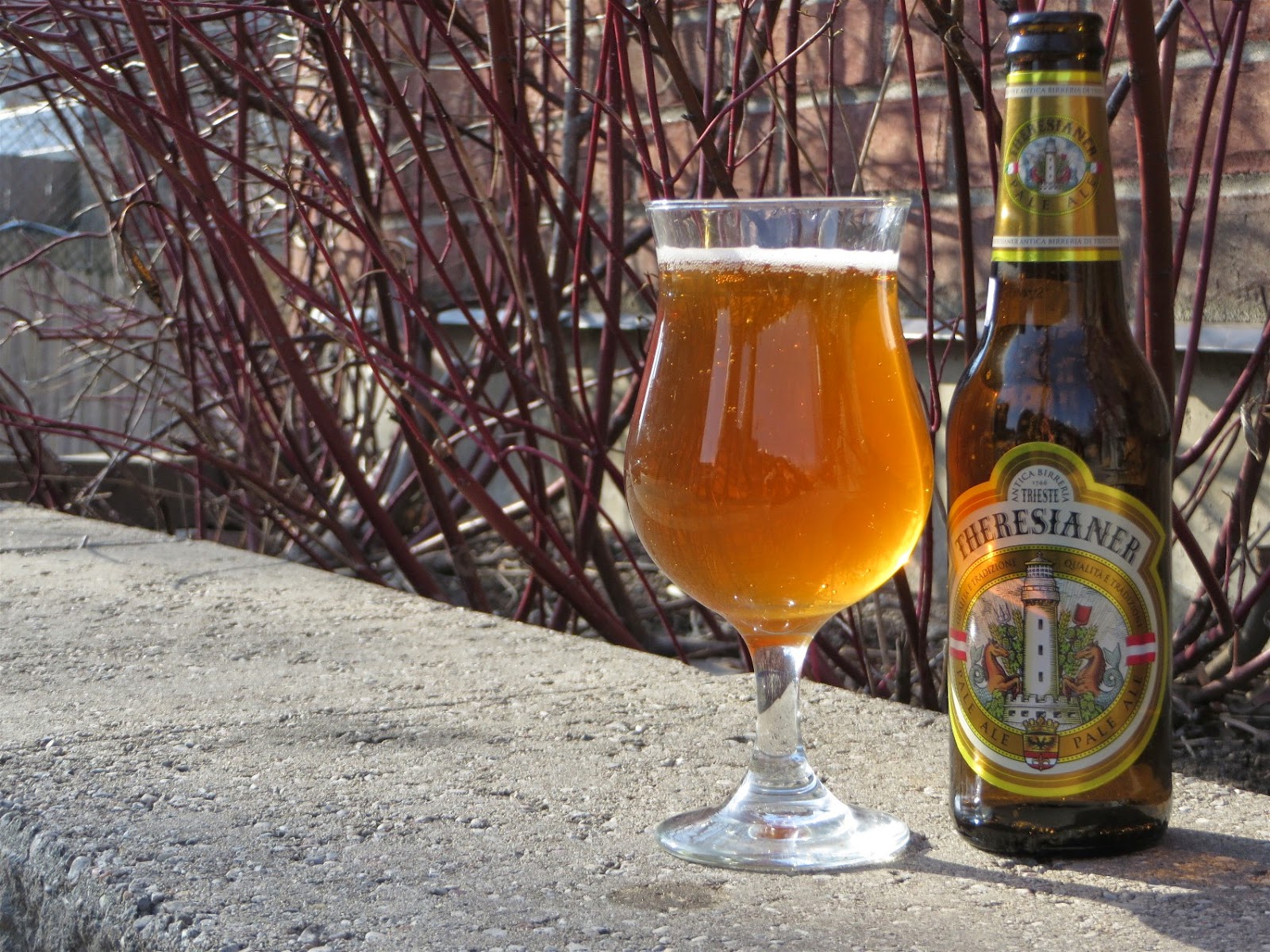 This one pours coppery in colour with a white head that leaves quite quickly. There is an earthy aroma to this that I have never encountered in a pale before.It surprised me at how little flavour there was in this ale. With the earthiness of the aroma, I didn't know what to expect, but it certainly wasn't a lack of flavour.

I rinsed my mouth, cleaned a glass and opened the second bottle, just in case the first bottle was off. As it took a Silver medal at the 2011 World Beer Championships, I had to give this ale a second chance.

The aroma and lacings were the same but this time it was much more flavourful. It retains an earthy taste that I had detected in the aroma, but the taste falls away in the finish. This would be a beer that I would pass on in the future.

I love trying beers from all over the world and don't expect to like or love them all. Others may like these two beers but they were not my style. Although a bit of a disappointing start to the Beer of the Month Club, I am very much looking forward to trying the others in this months selection and the others that will be coming along in the next few months.