A Trip to the Beaches in Black and White (Mostly) 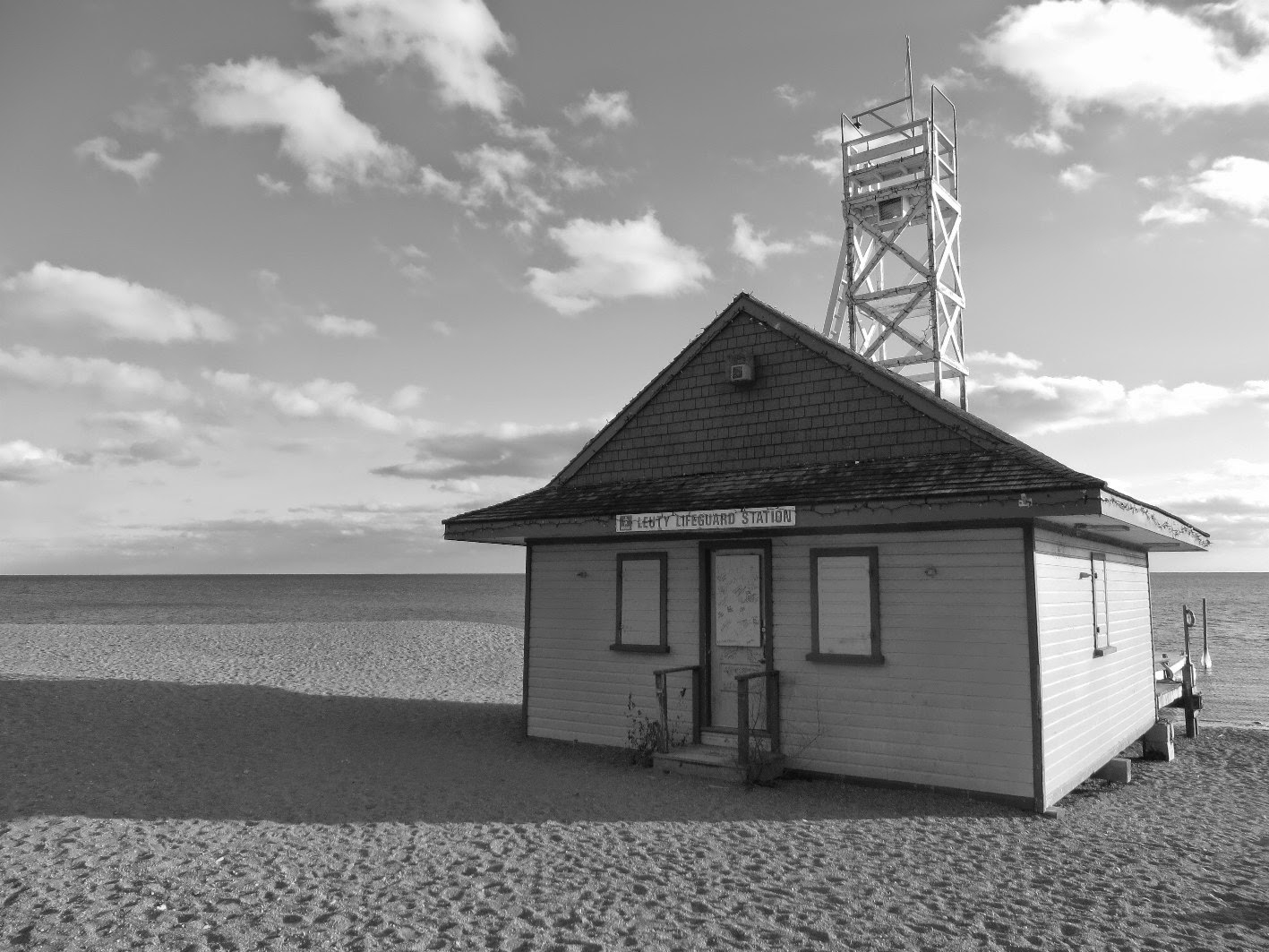 I have never been to the beach in the Beaches area on Queen St E. between Kingston Road and Neville Park. Teena was there once but over 30 years ago. Even though it was -2 Celsius (28 F) and feeling like -12 (10 F), it was a great day to go. In fact, I actually saw a man ending a swim and calming walking up from the lake to put on his coat and pants. Wow! 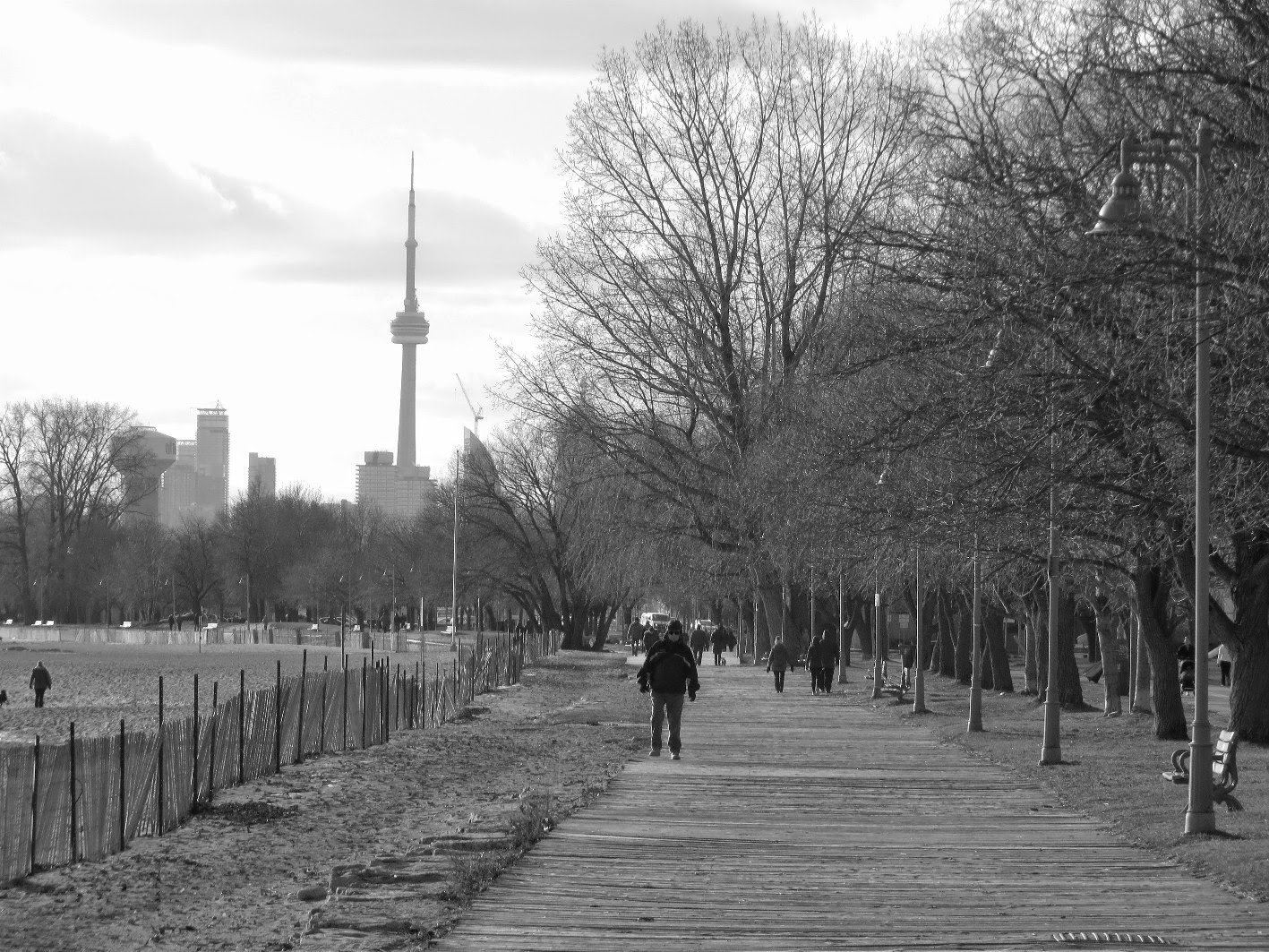 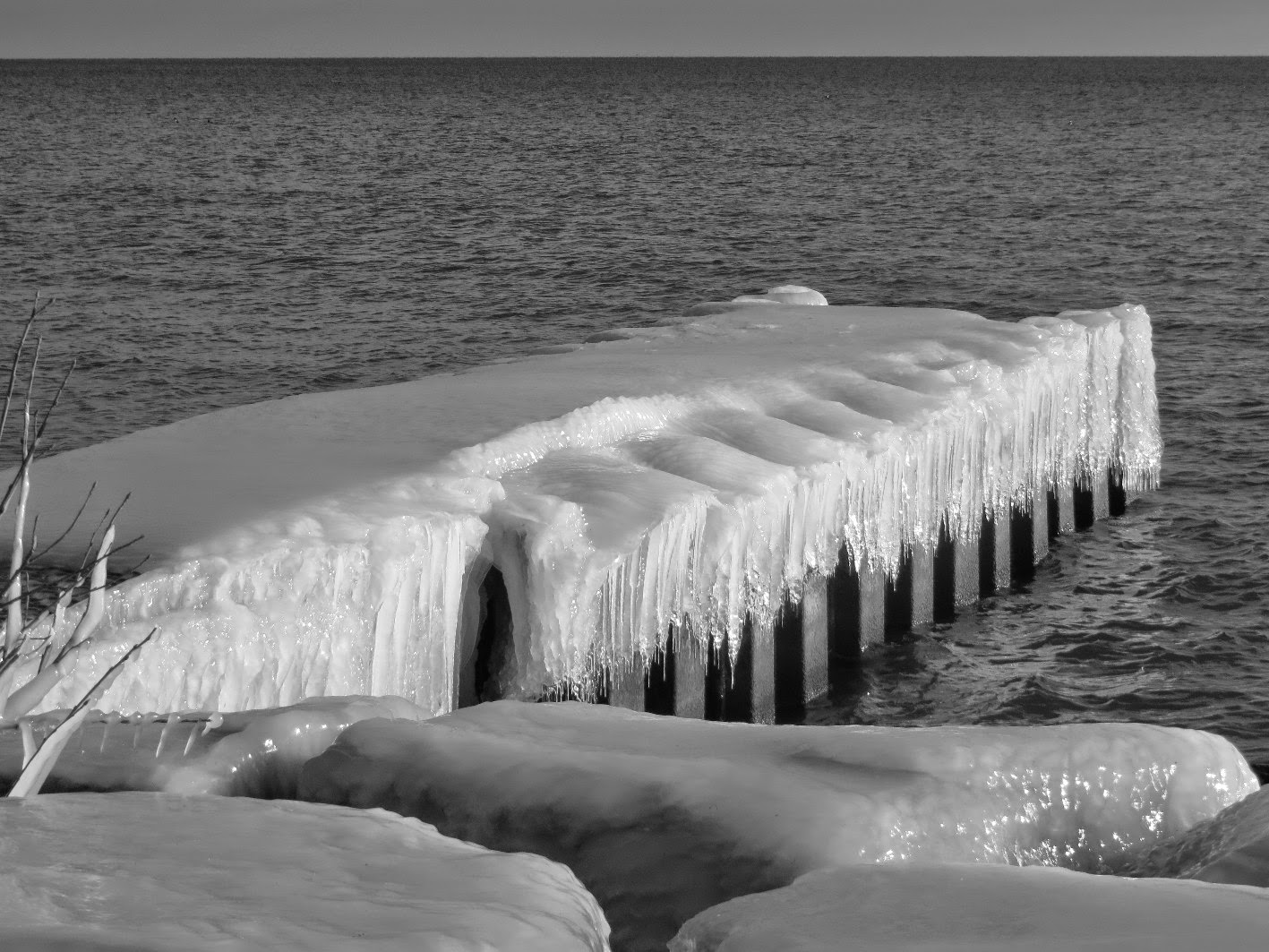 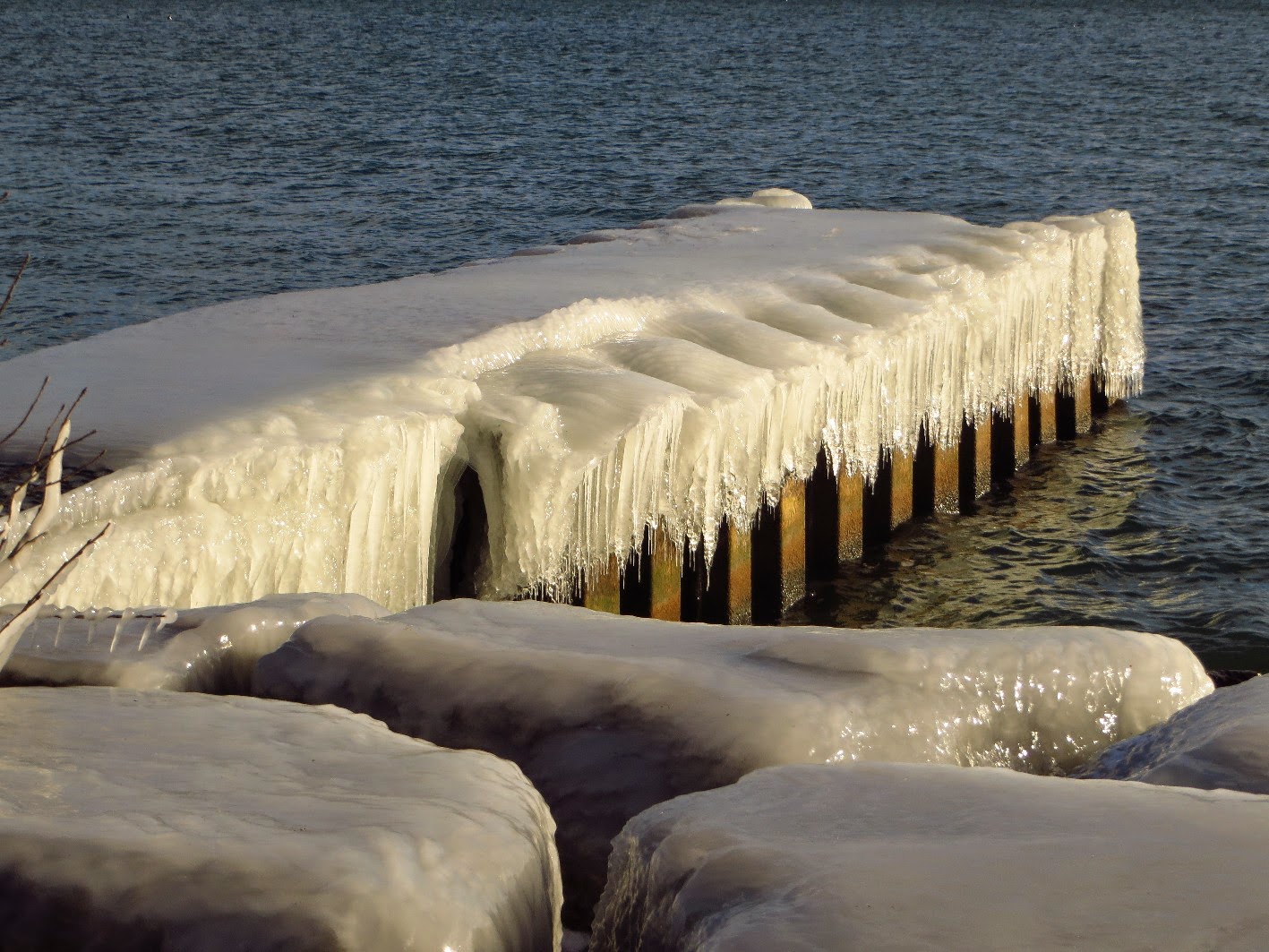 I went out today with the idea of capturing a lifeguard station, standing empty on an empty beach. the shot at the top of this post works very well but my favorite is the first one one directly below. The one below it is also a decent shot. 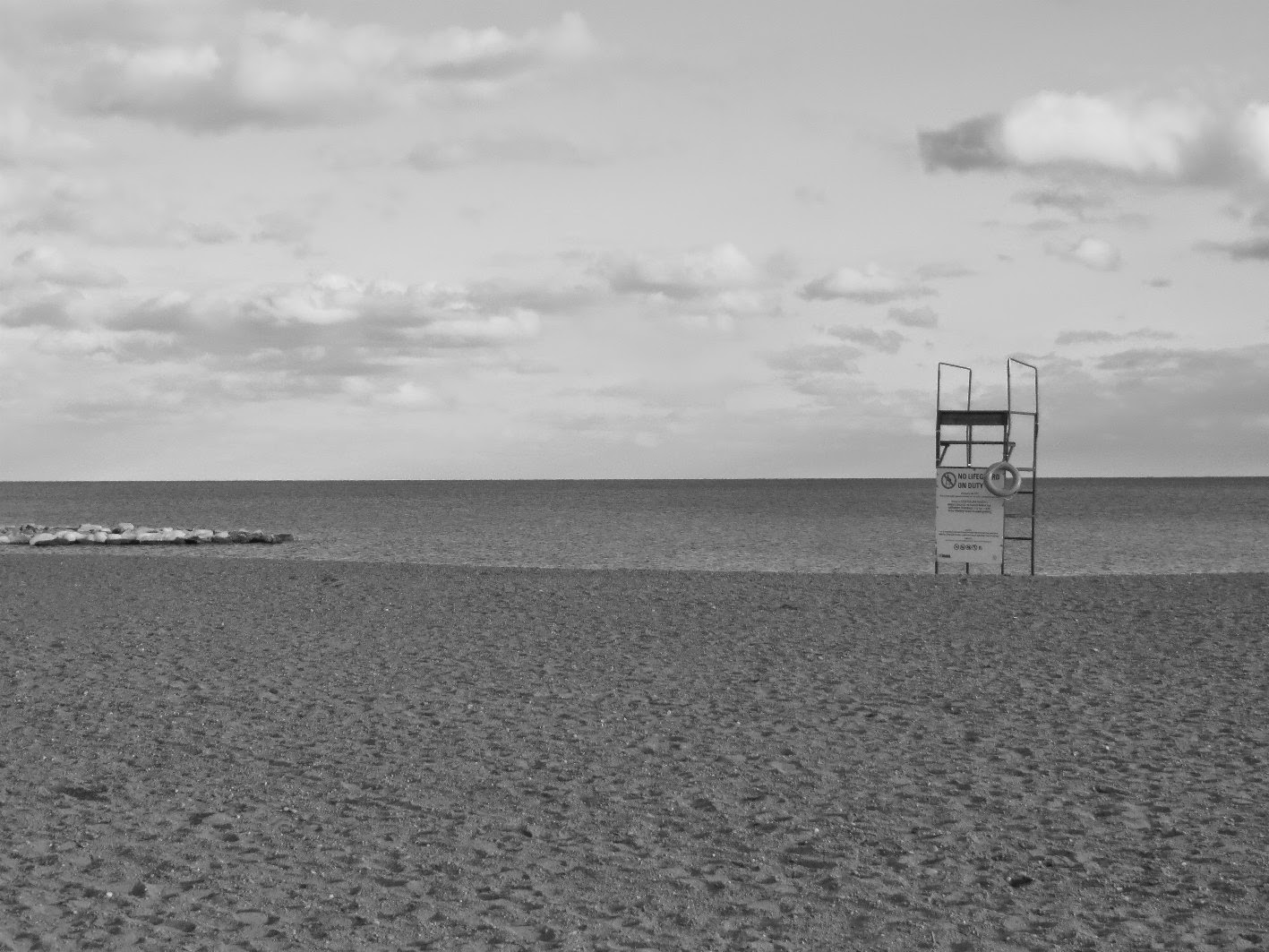 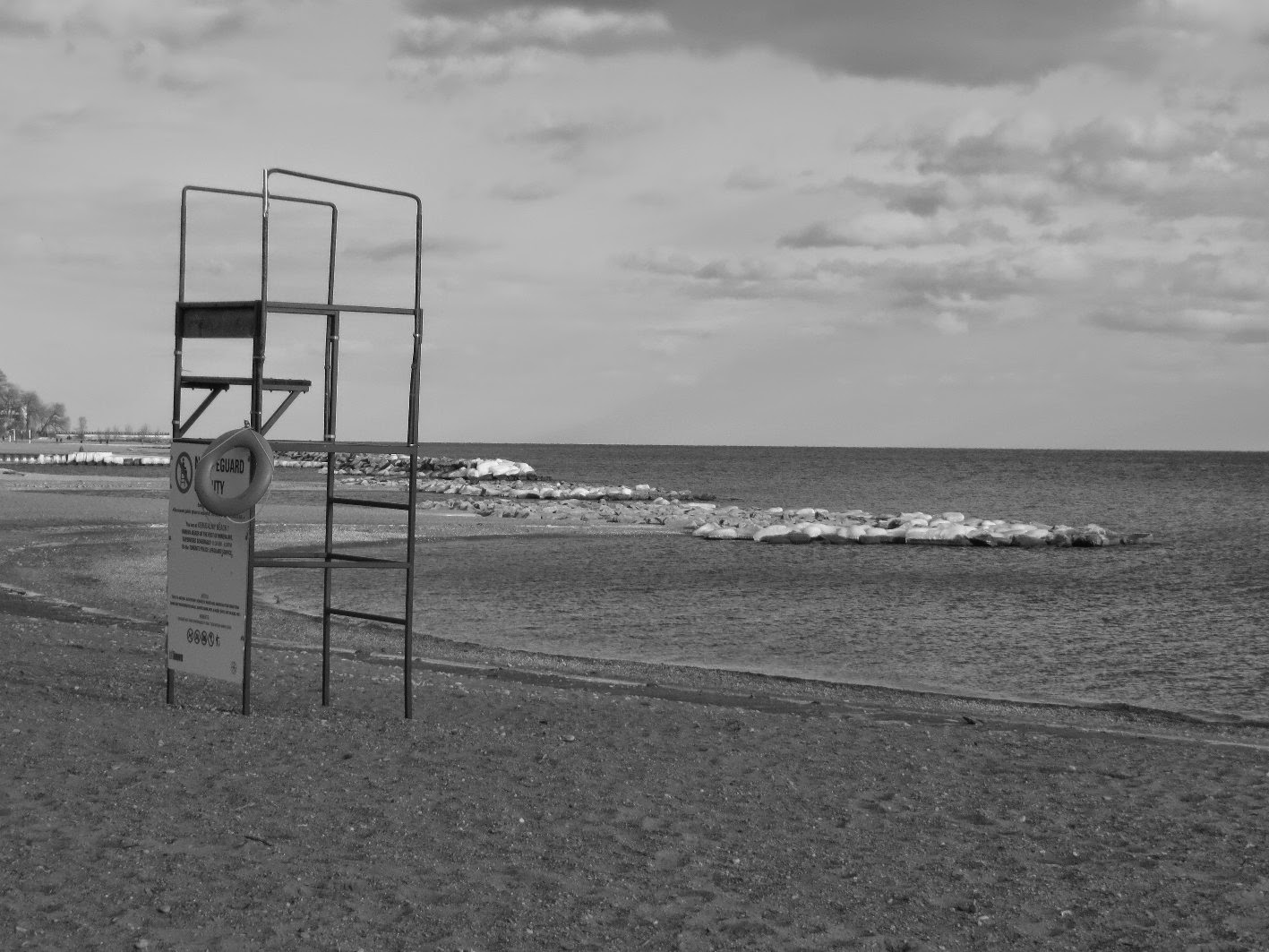 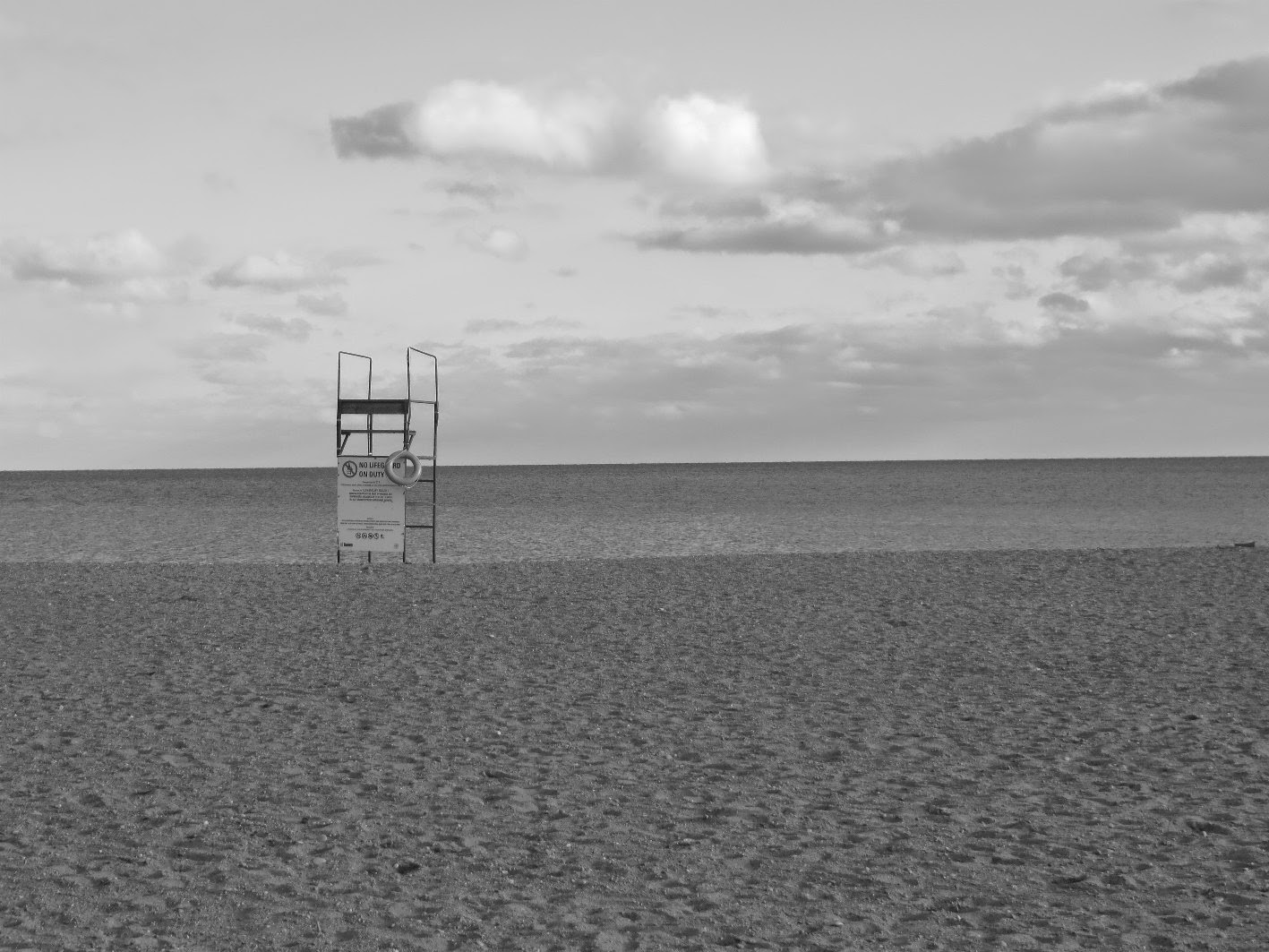 More shots of our walk. 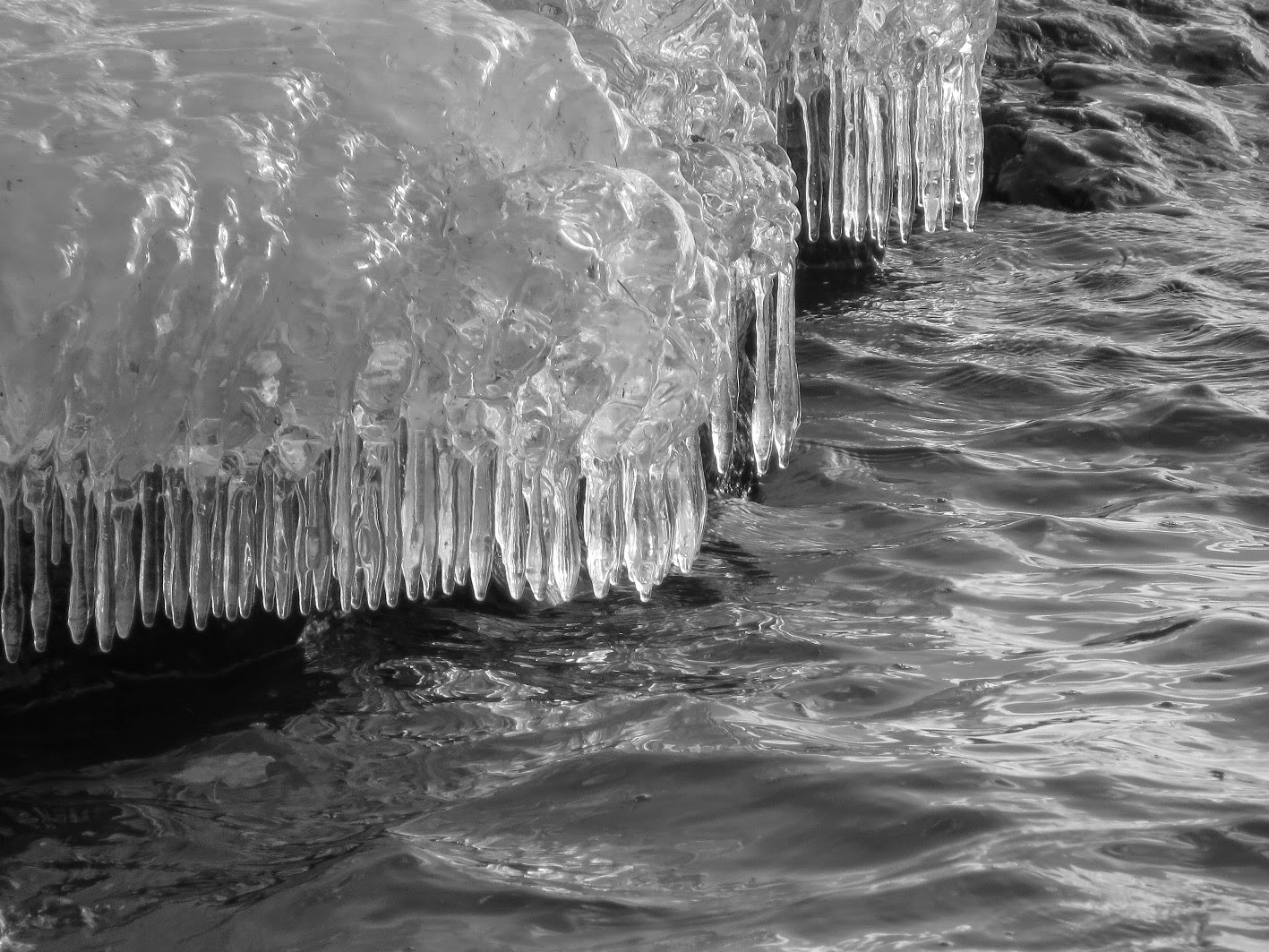 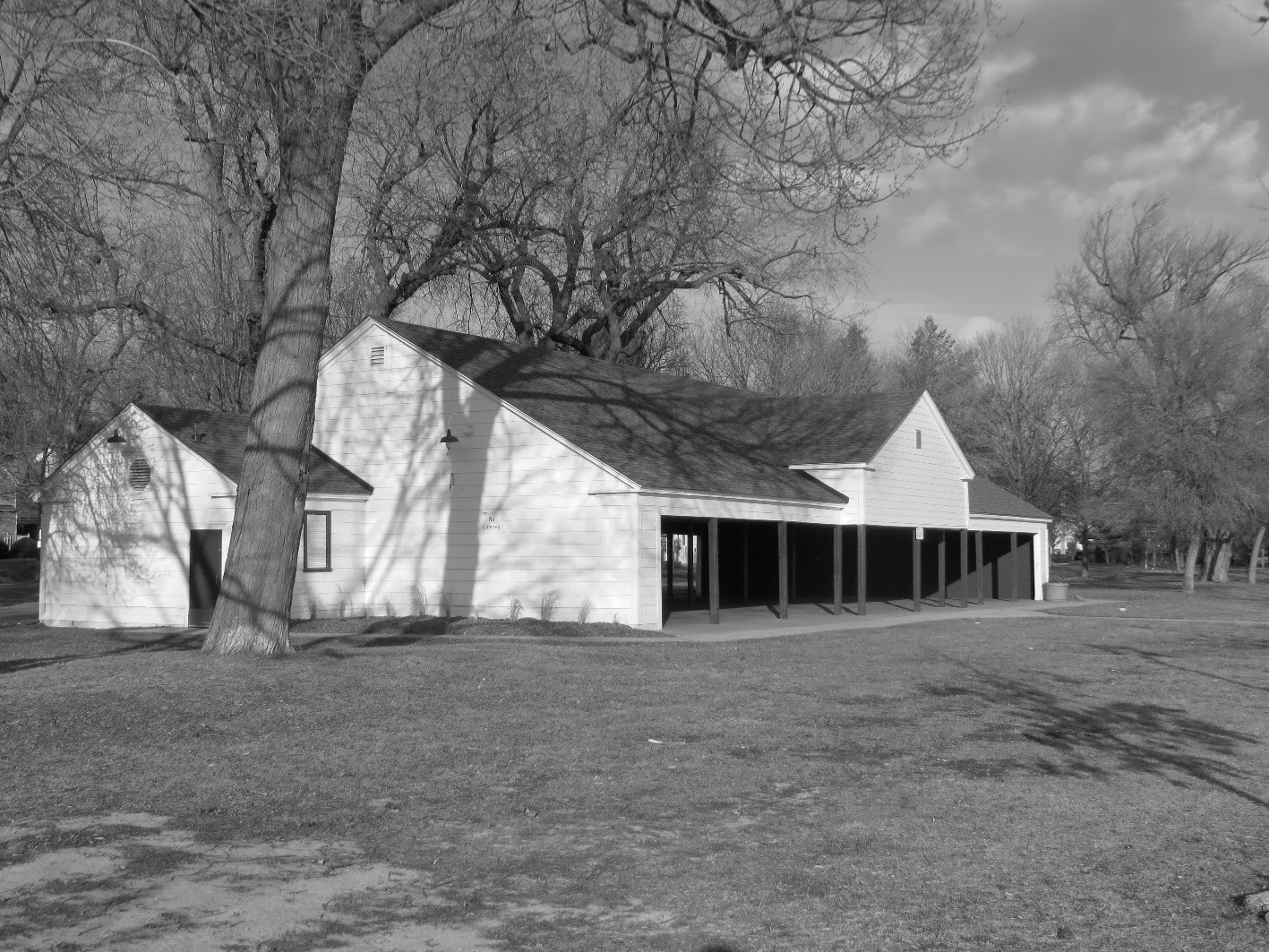 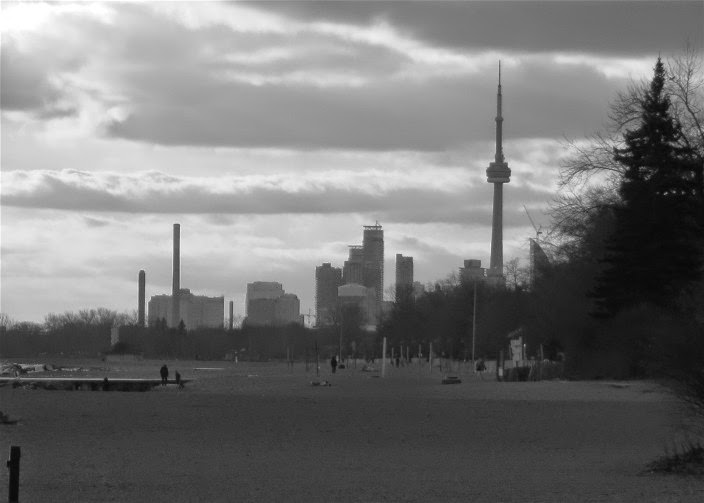 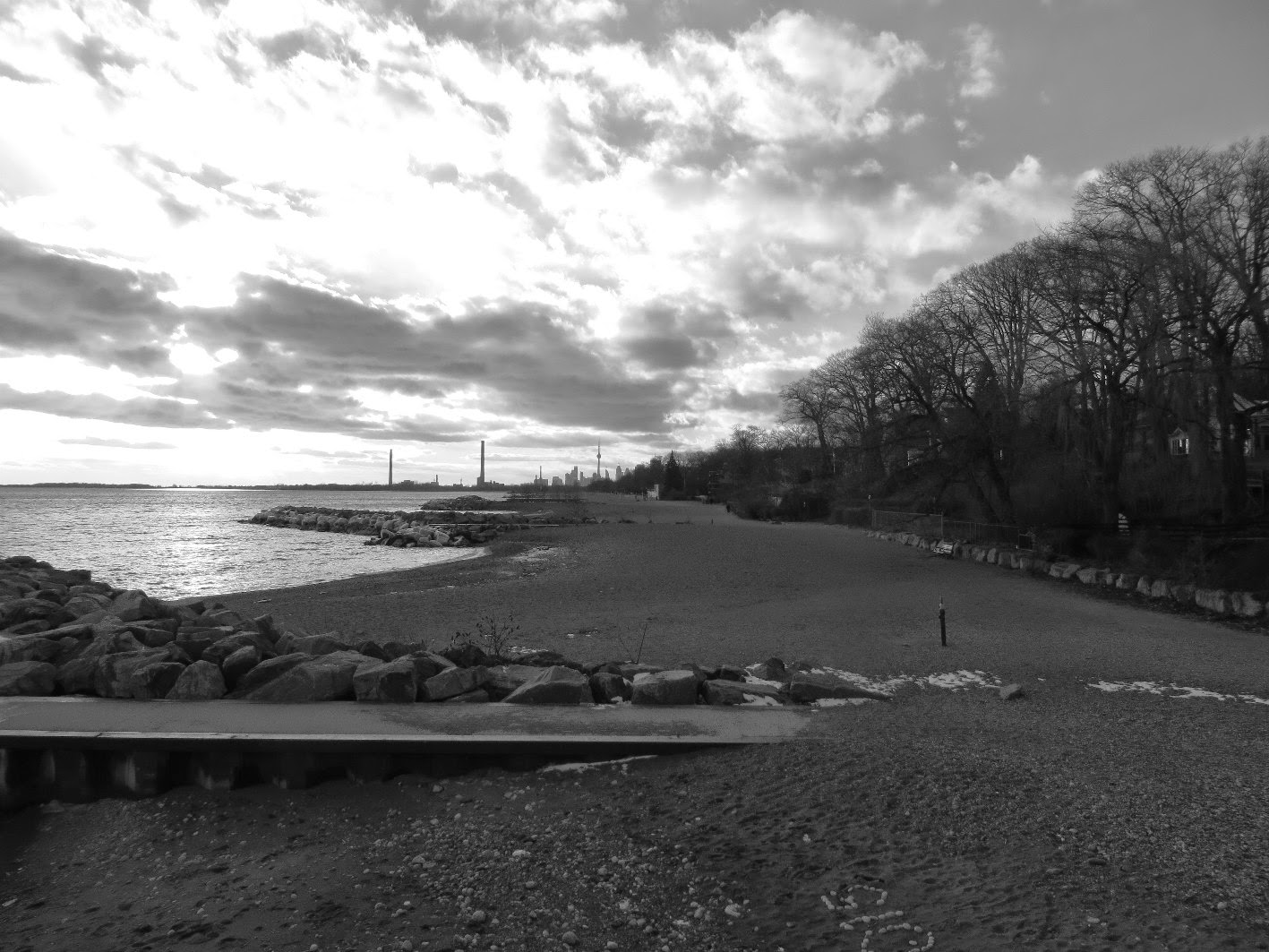 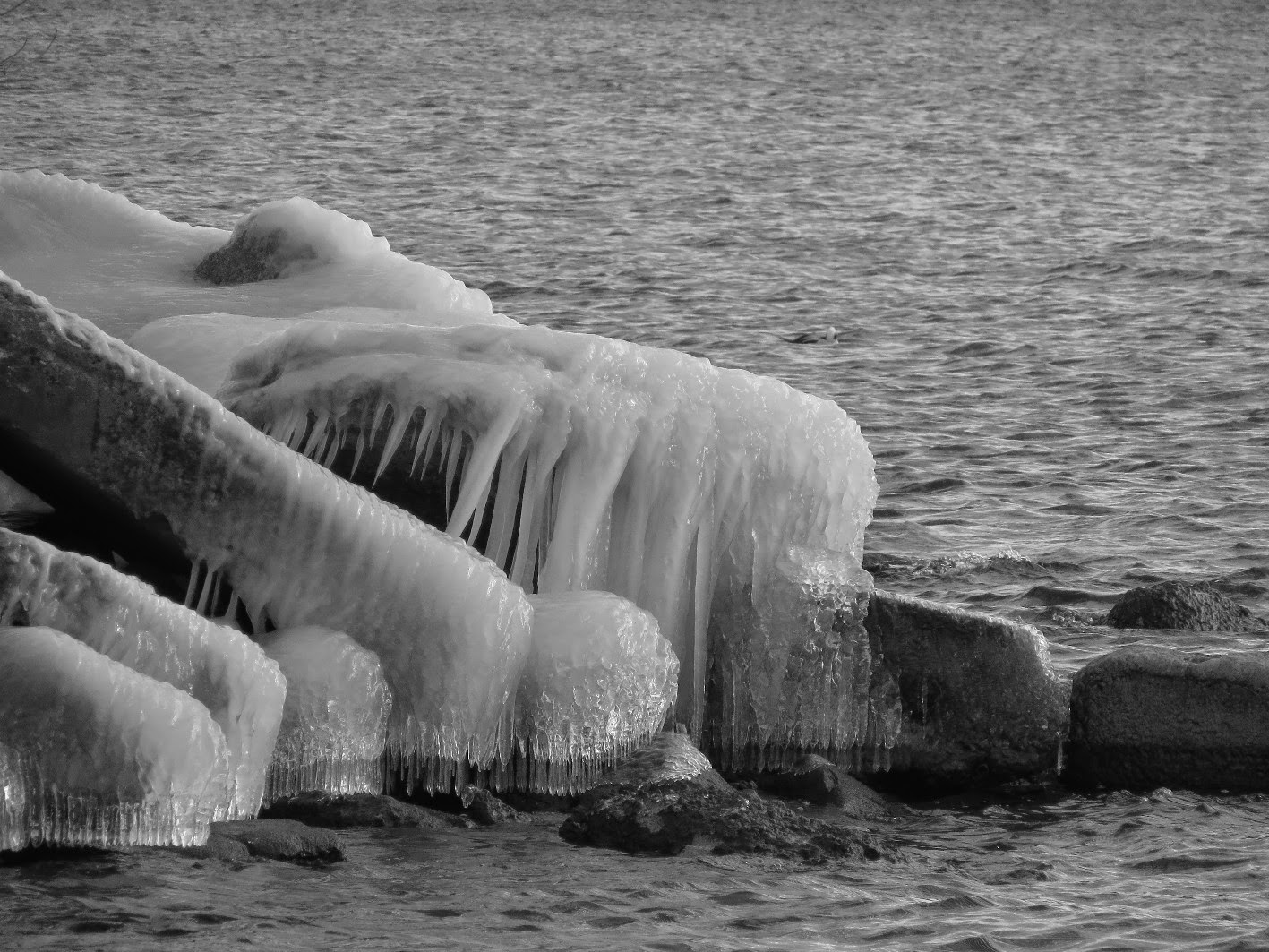 A couple of colour shots of the water. 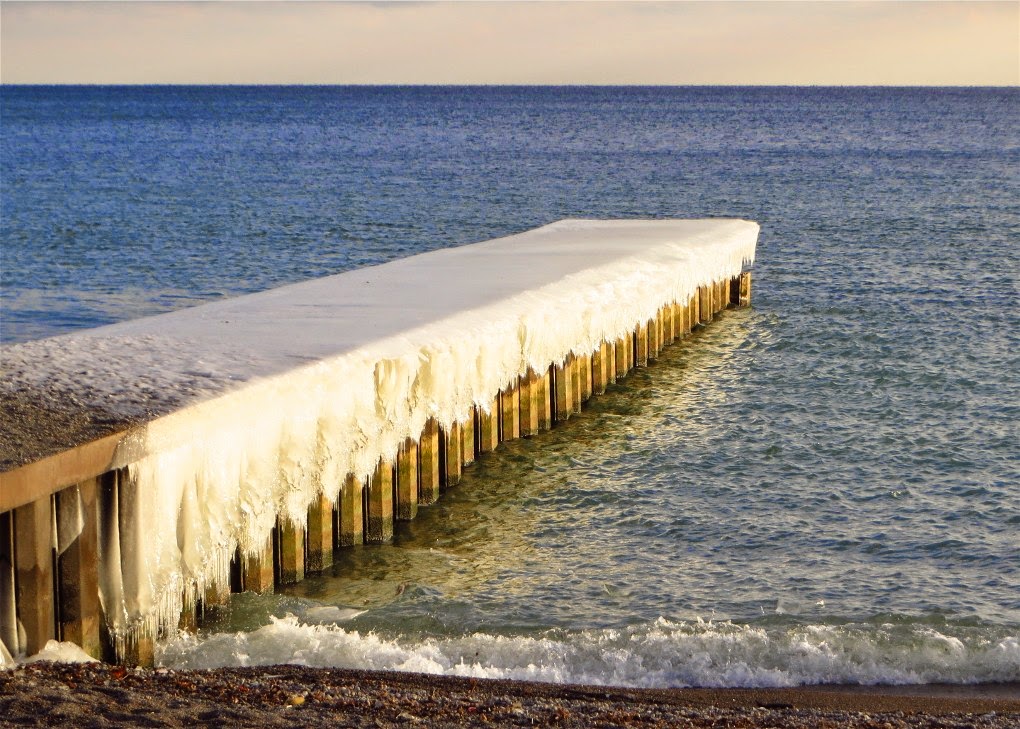 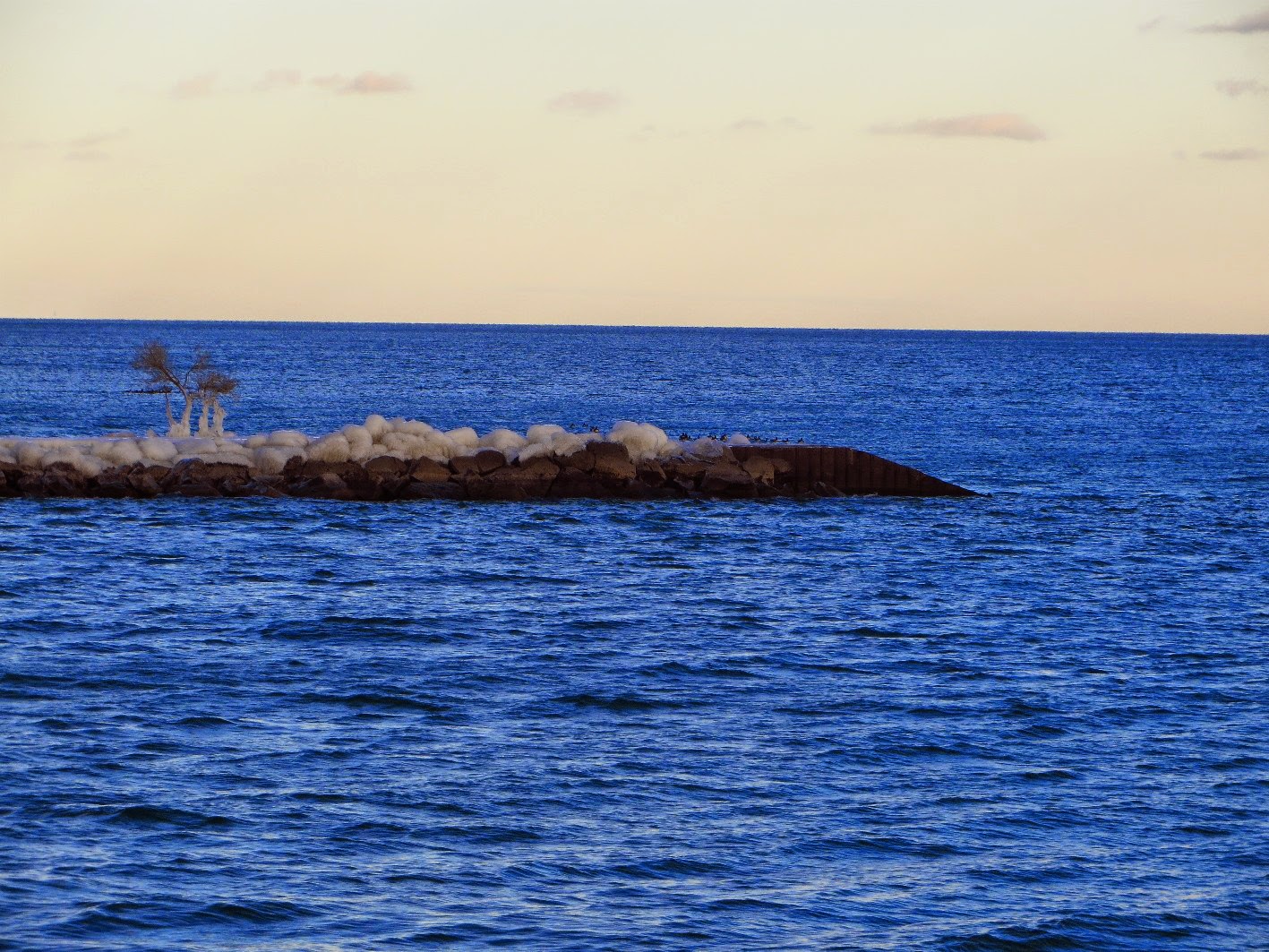 Our walk along the beach ended at the R.C. Harris Water Treatment Plant in Neville Park. Built in the 1930s and beginning operation in 1941, it's a magnificent piece of architecture. 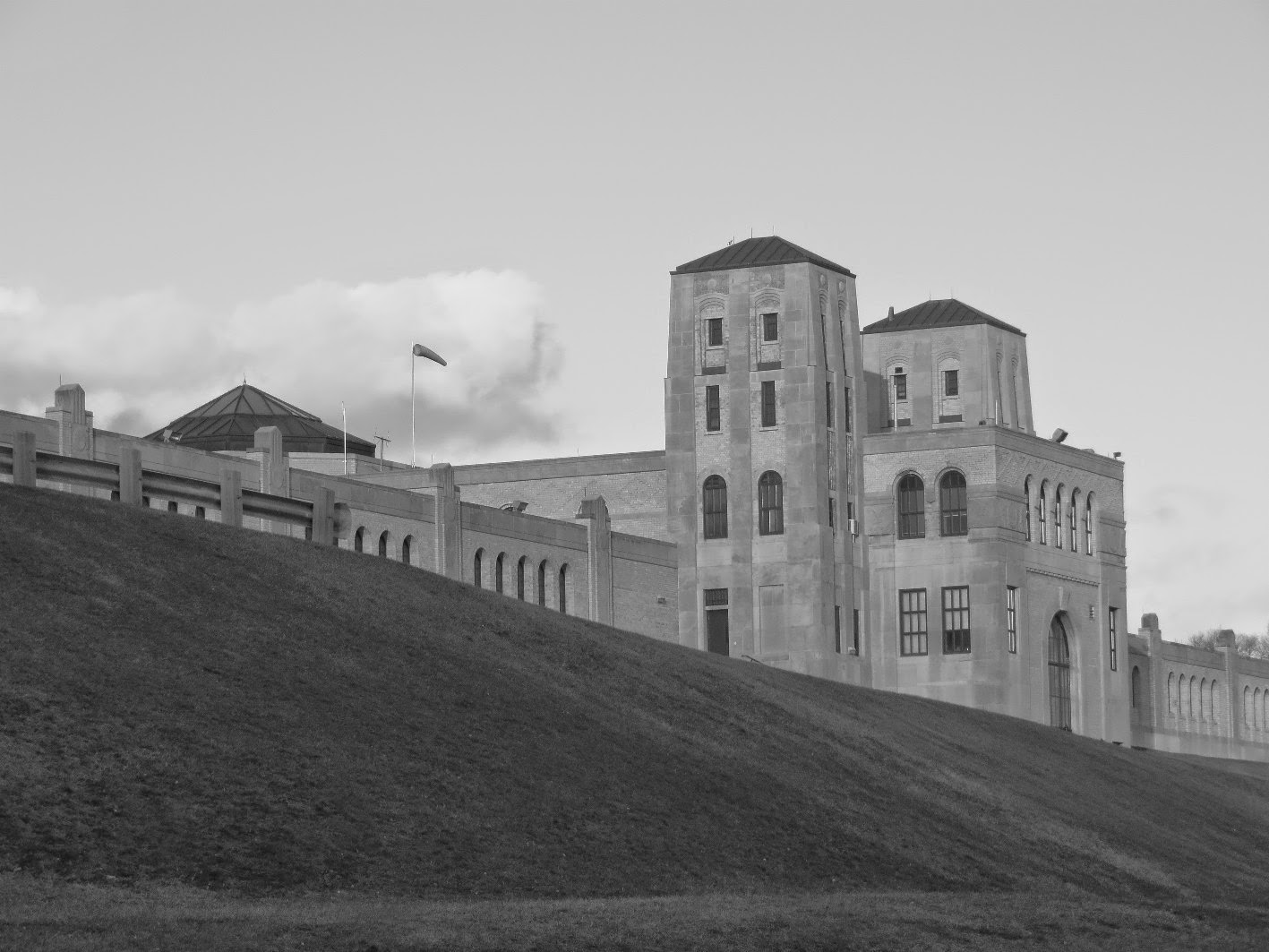 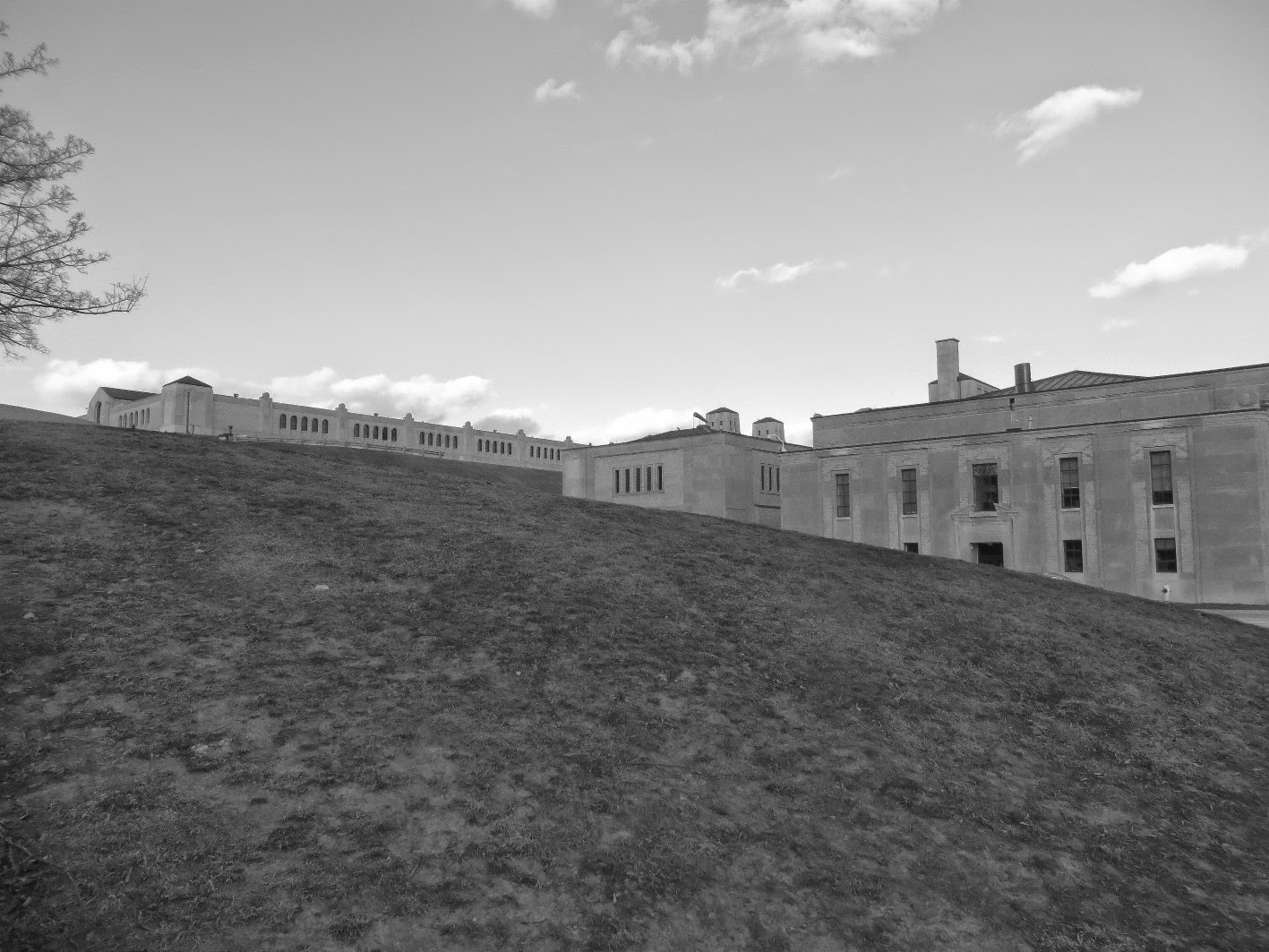 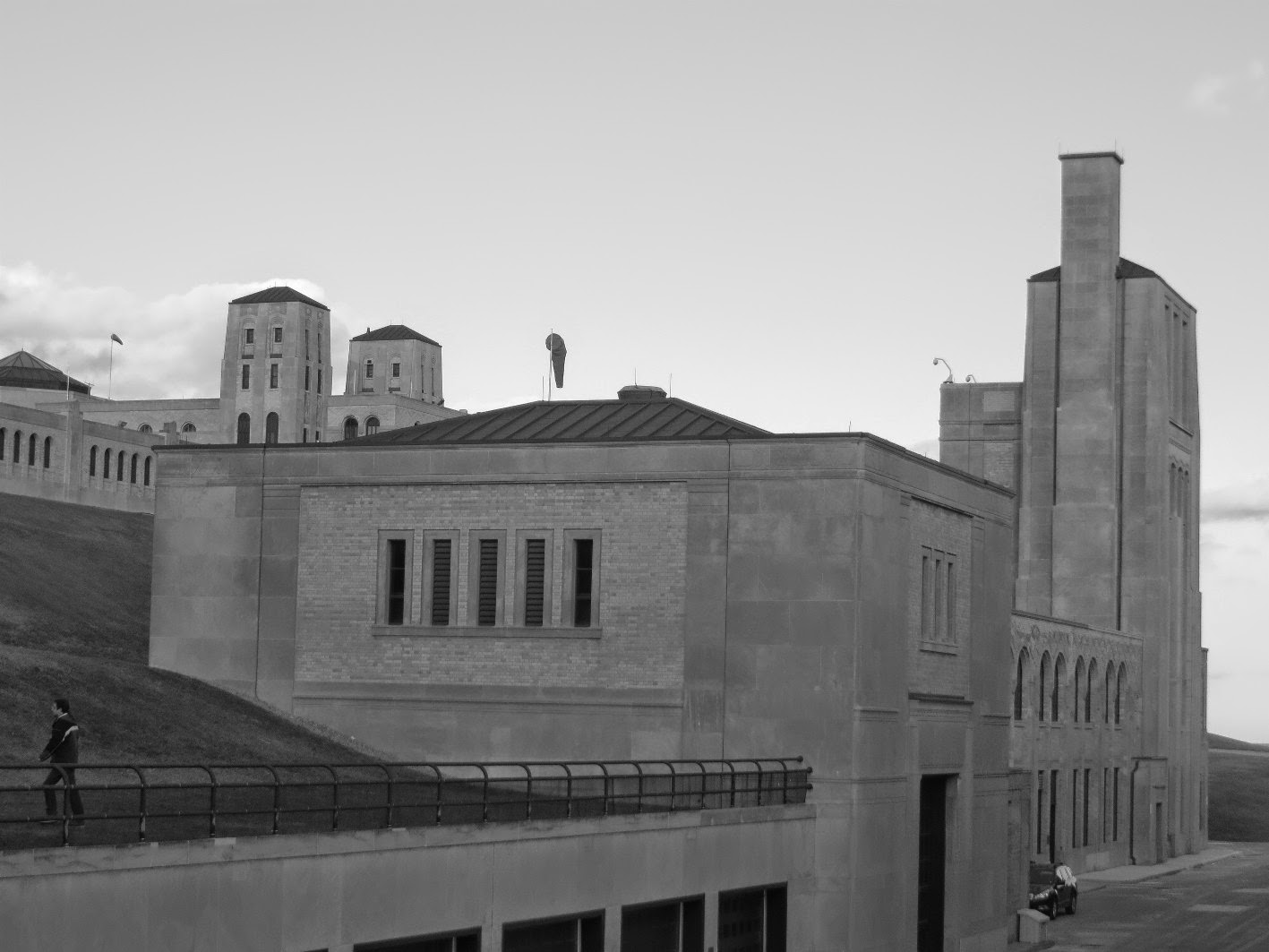 Although we had a fabulous day, we're looking forward to returning on a nice hot summer afternoon. Walking the boardwalk along the Beaches is a great way to spend an afternoon any time of the year.
Posted by Swordsman at 20:46