Beer of the Week - Two Beers from Nickel Brook Brewery 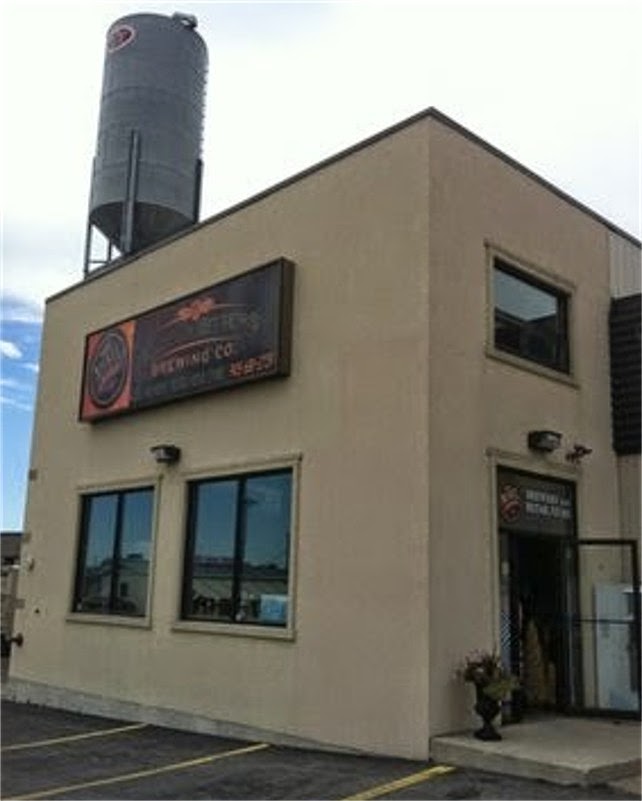 This month I received two kinds of beer from Nickle Brook Brewery in Burlington, a Cause and Effect Blonde Ale and a BufCafe Pale Ale as part of my Beer of the Month Club delivery. Neither are available at the LCBO.

I find the company's name interesting. It is widely know as Nickel Brook Brewery, which is named after John Romano's two children, Nicholas and Brooke, and not a local creek in the area. I like that! This is the name that you see on the sides of their trucks, on the brewery and their beer, except that the company's name is actually Better Bitters Brewing Company. I'm going to continue calling it Nickel Brook just as I always have.

Nickel Brook has been around since 1991, as a very small operation but according to an article I read, now are looking to move into the old Lakeport Brewery site in Hamilton. Lakeport was bought out by Labatt's for 200 million dollars in 2007, then closed the brewery and threw 143 people out of work. If Nickel Brook can get the building, it will more than triple the size of their operation.

And how are the beers? Time to give them a taste


Cause and Effect Blonde Ale 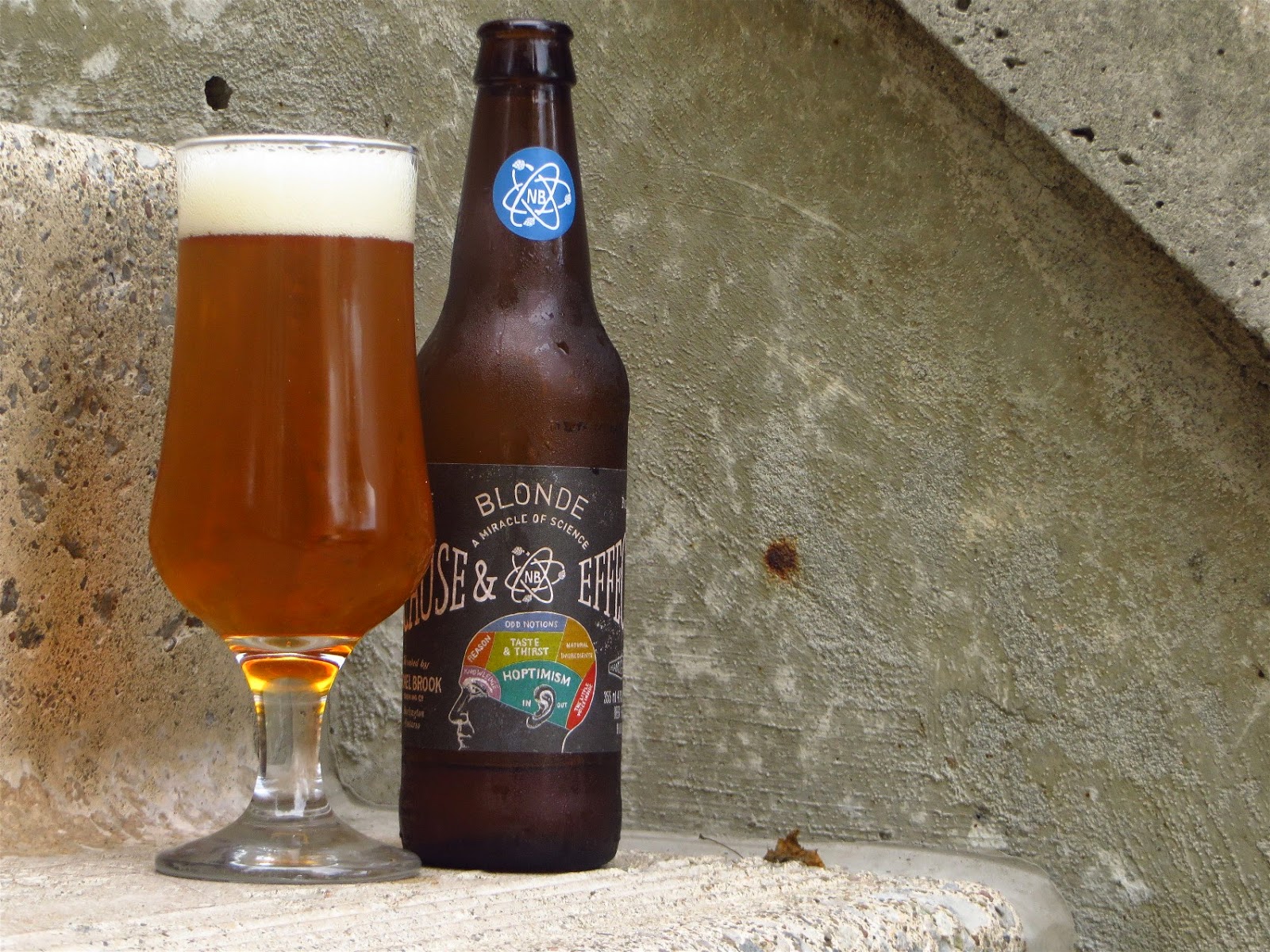 I must start off by saying that I am not a fan of blonde beers, which according to the Oxford Companion to Beer, is also referred to as "golden ale" and usually refers to a beer in the same general family as a cream ale, which I don't like either. I usually find them too sweet.

The Cause and Effect pours golden in colour, no surprise there with a nice white head that stayed around for awhile. When I took a sip, lacings were left behind. The aroma was a little biscuity, somthing too that blonde beers are known for.

I was really surprised on my first sip which started a little sweet before a nice light hop bitterness came through. Even though this is an ale, it reminded me more of a pilsner than a blonde. Quite surprising. This was a beer that I did not expect to enjoy but liked very much! 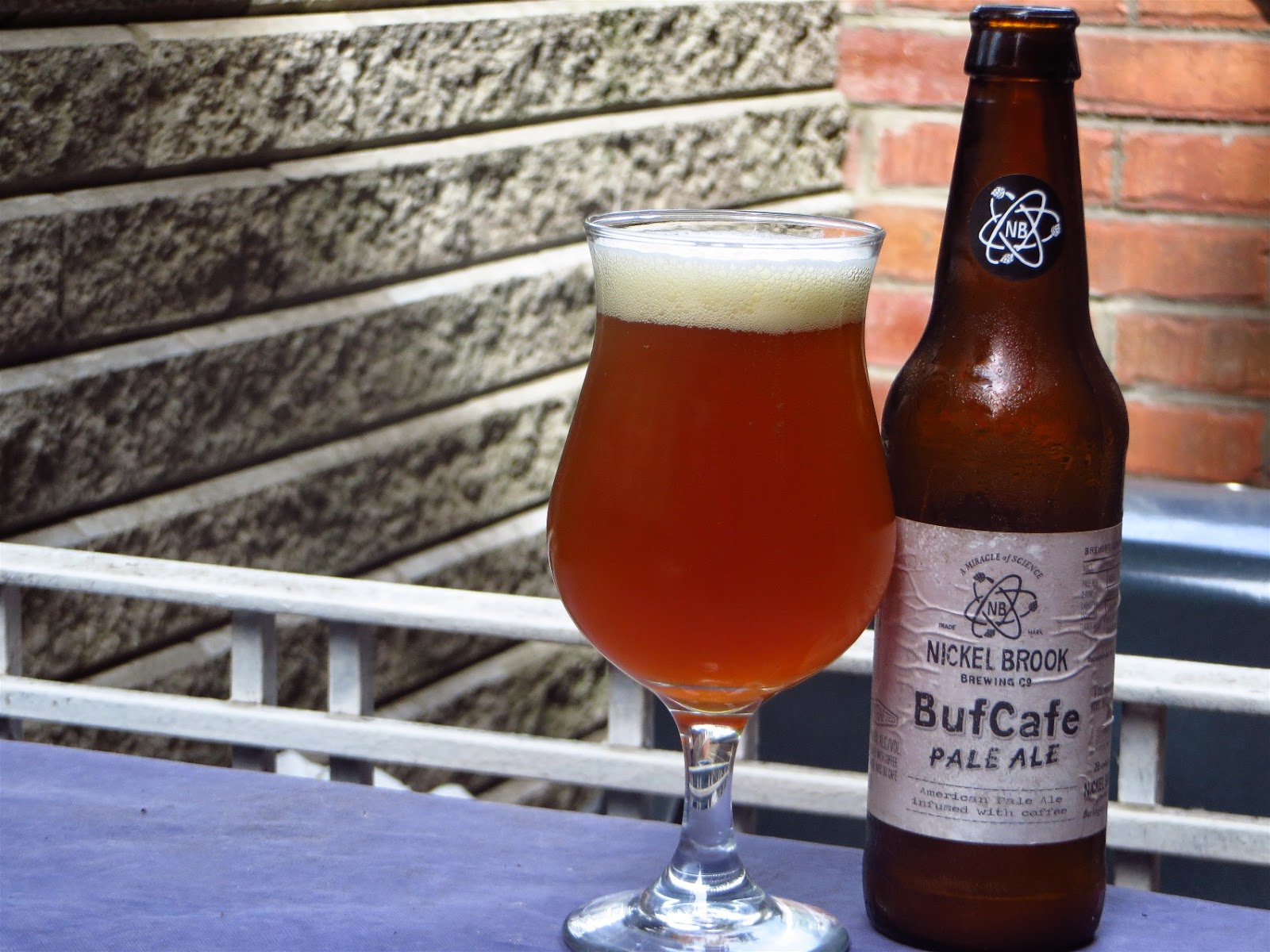 This should be very interesting. I have heard of coffee being added to porters and stouts to compliment the roasted malts but never to a pale ale. The BufCafe uses freshly brewed fair trade Rwandan coffee from Detour Coffee Roasters.

It pours light browny-orange in colour with an off white head that took its time to dissipate. Lots of lacing were left behind on each sip and there were definite notes of coffee in the aroma.

The coffee is front and centre with the very first sip and stays throughout the finish. The first sip threw me off and I was unsure on whether I liked this or not. The second sip answered the question "Do I like this?" You bet I do. This is a very tasty and unique beer.

Although not a sessionable beer, it is a very nice beer to have every once in awhile. It's a beer that I would have again.