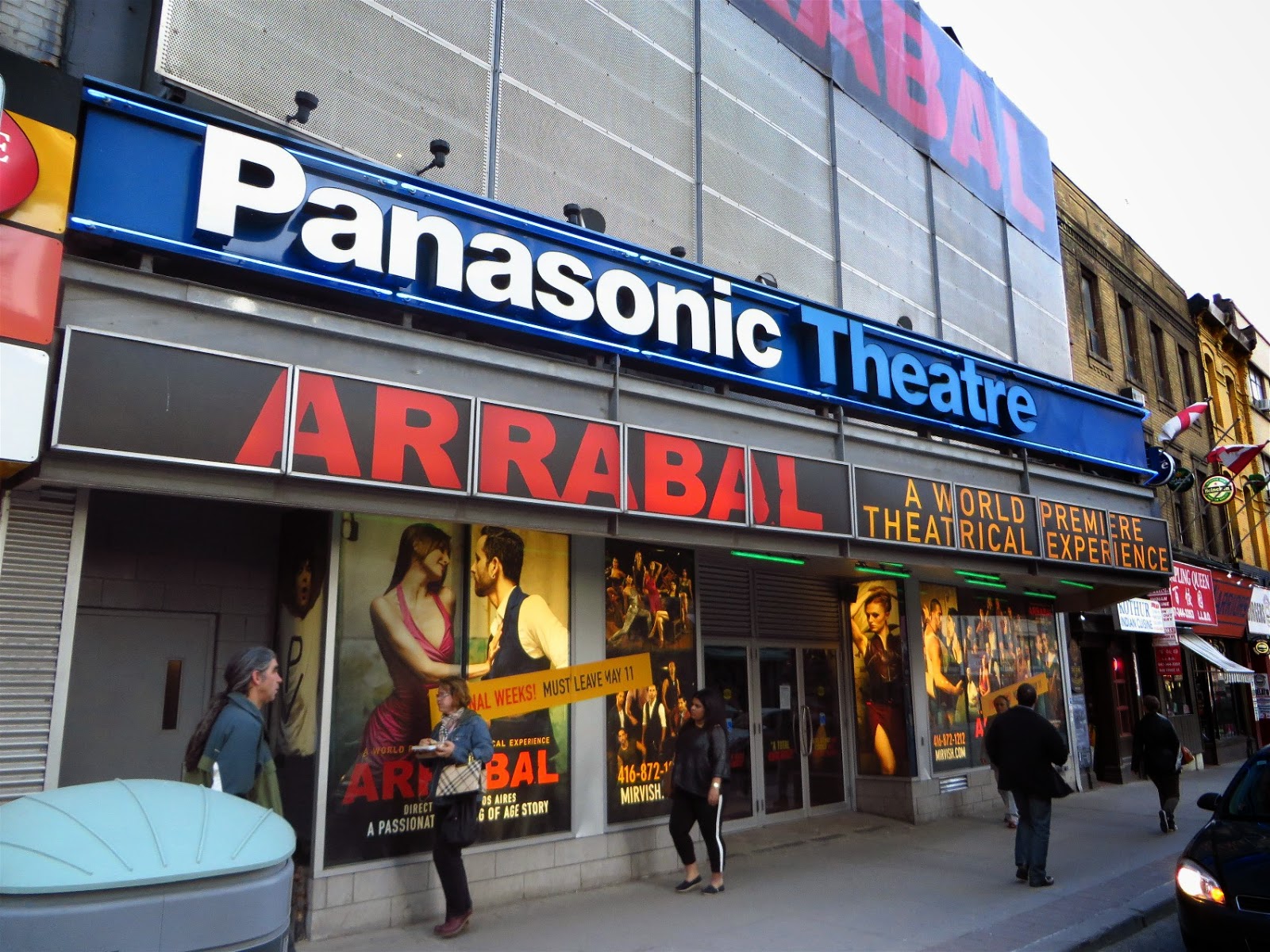 When I heard that the world premier of Arrabal was coming to Toronto, I was very interested. Teena and I had both seen Forever Tango and hated it. Would this be the same?

I had the opportunity to see a short preview performance at First Canadian Place during lunch and not only did I get some great pictures but I was hooked. I bought tickets for Teena and I right away. 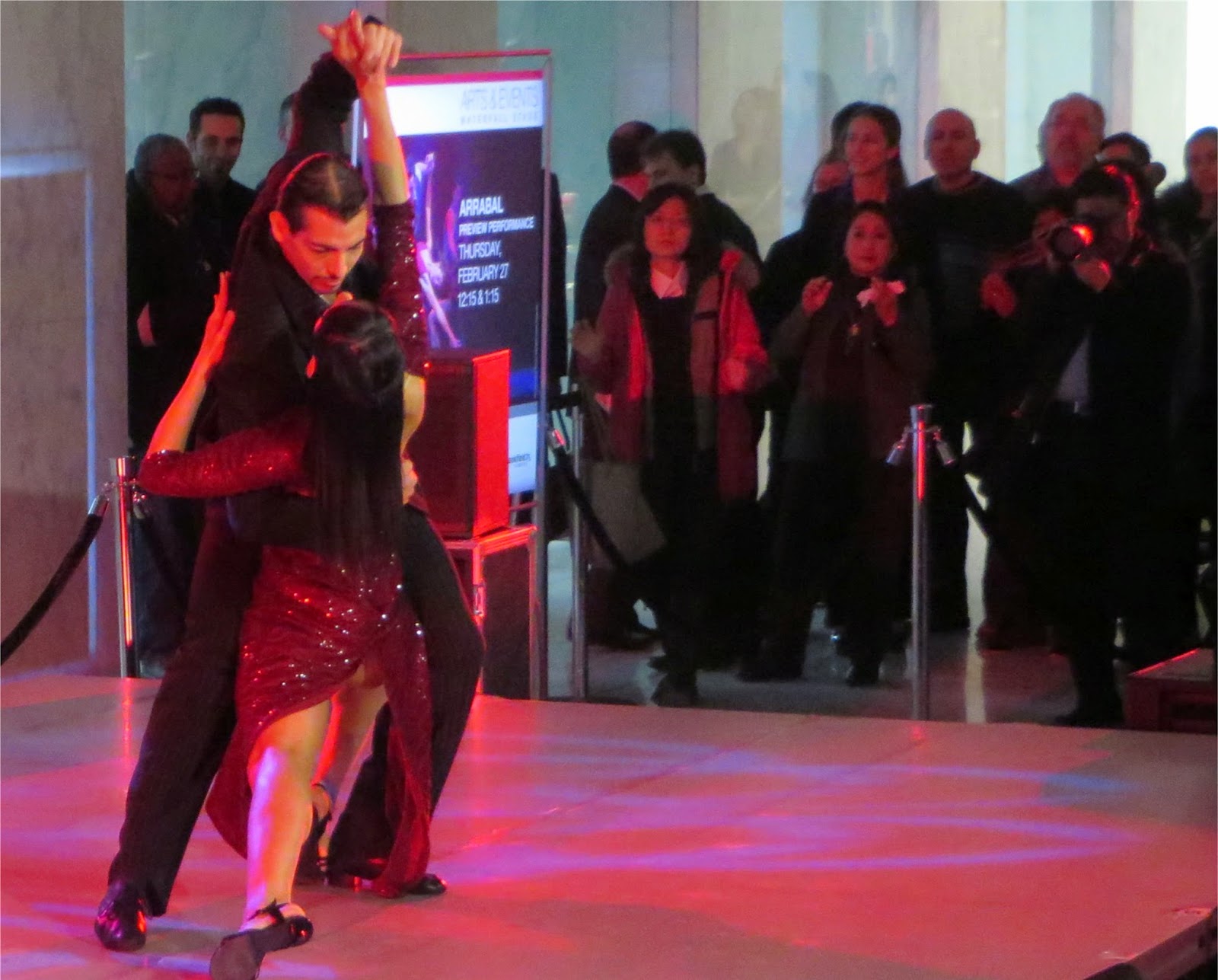 So Teena and I went to the April 19th performance. I loved it. Teena did not enjoy it as much as I did and in her review said it was OK. I had said at the time that I was considering going back. Teena had to work late tonight, so I did. 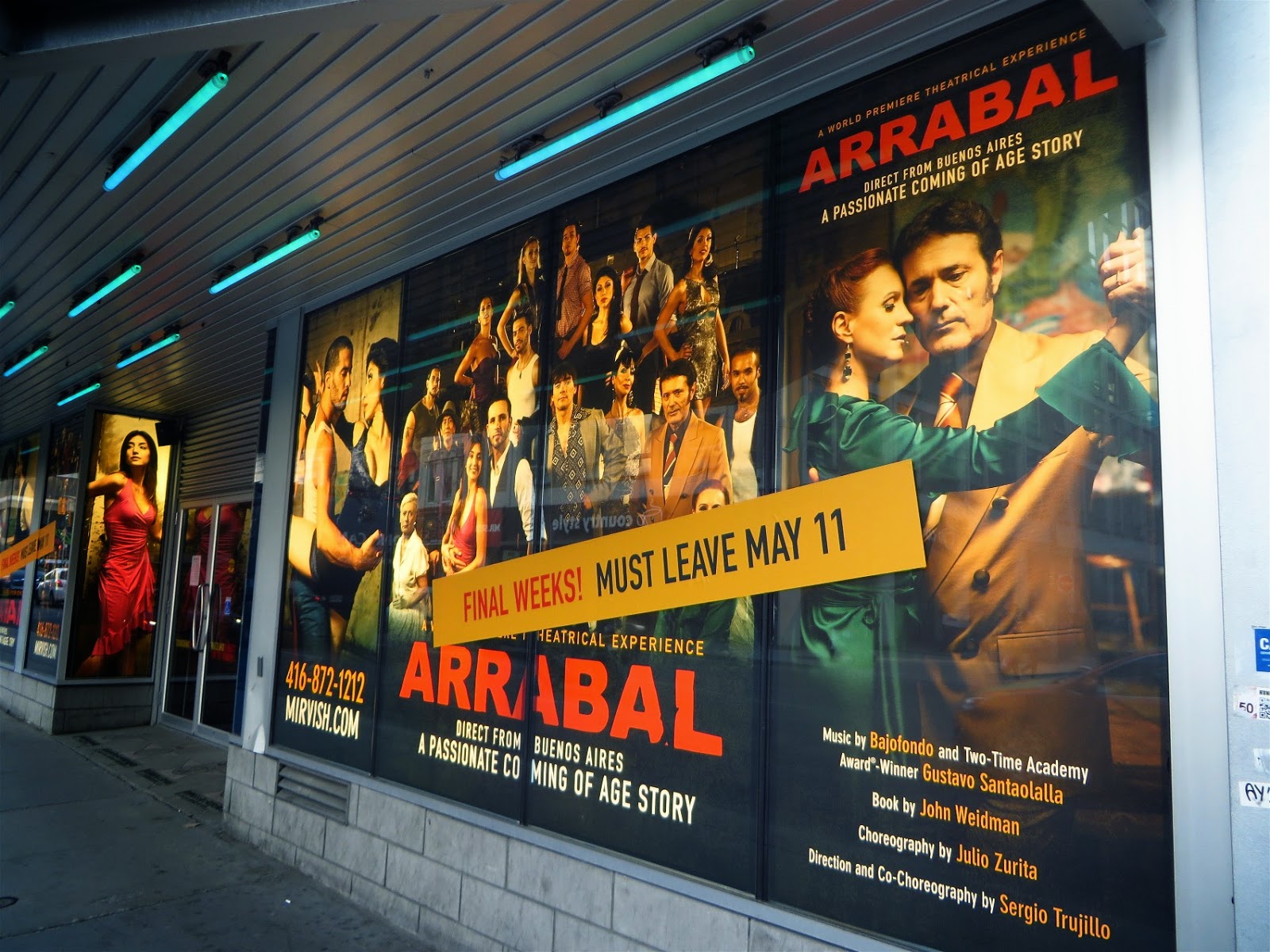 As before, there were dance lessons before the show. Tonight the lines were especially full so there were two fifteen minute classes rather than one half hour. Everybody seemed to enjoy it. 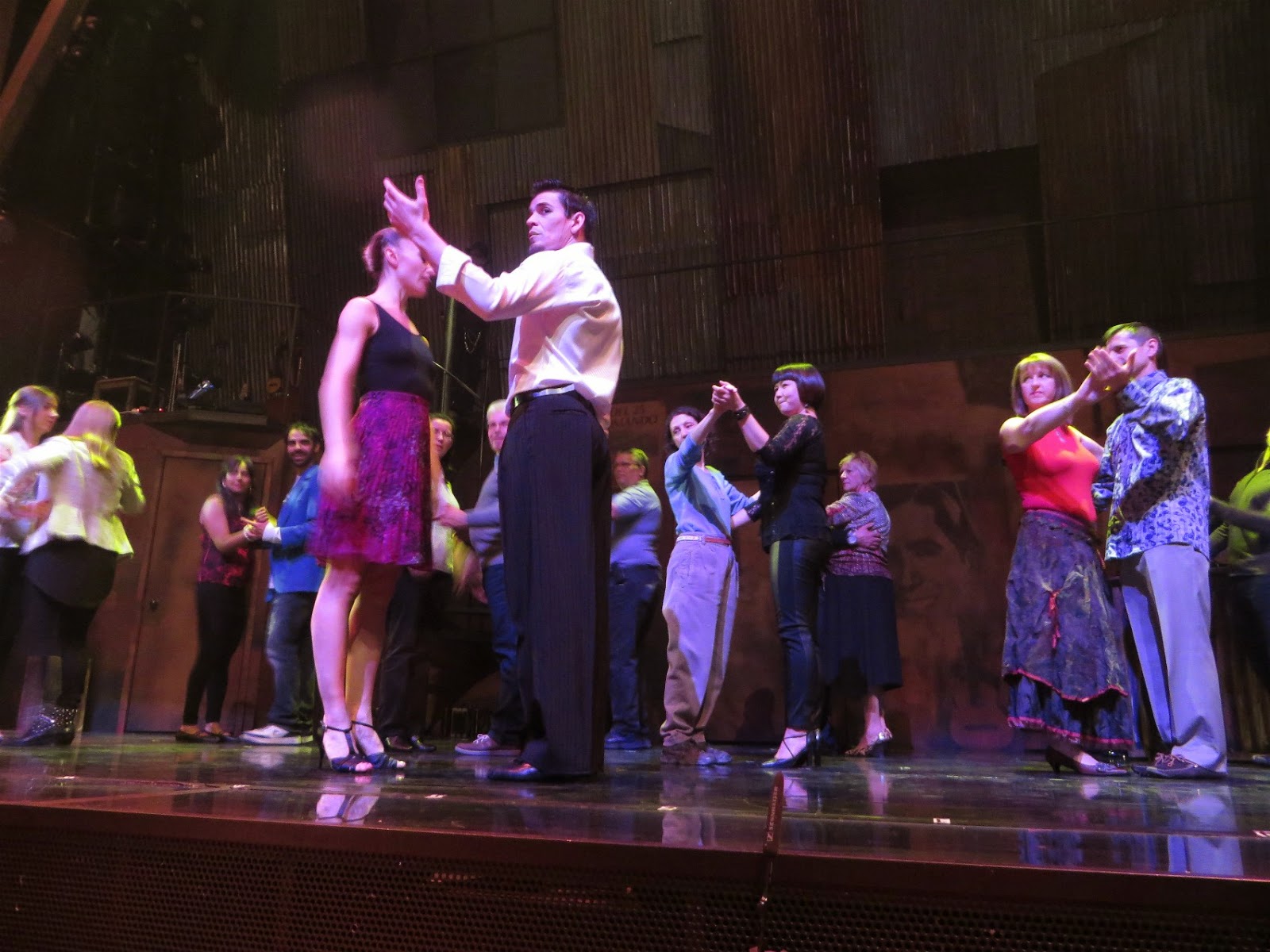 I sat in the cabaret seating at the front of the stage. It was great! Not only was the action right there but as there were no intermissions, if you prepaid for a drink, they brought it half through the show, and as part of the show itself!

In fact, the best part of being in cabaret seating is you are constantly part of the show.  I was accosted by the police, had interaction with the actors, and was called to the stage with others at the end of teh show to dance with the cast!

The first time I saw Arrabal, I didn't read the storyline (the whole show has no speaking parts ... it's all dance, all tango!) I loved the show but some parts did confuse me. Teena had read the storyline and followed along. Tonight, after seeing the show once, then reading the story, then looking a little at the history of the time and seeing the play again, it is very, very powerful!

This cast and the musicians, who are a huge part of this show, were fabulous. I would not hesitate to go see it again if it came back to Toronto. It plays 'til May 11 and if you haven’t seen it, I recommend it.
Posted by Swordsman at 21:30