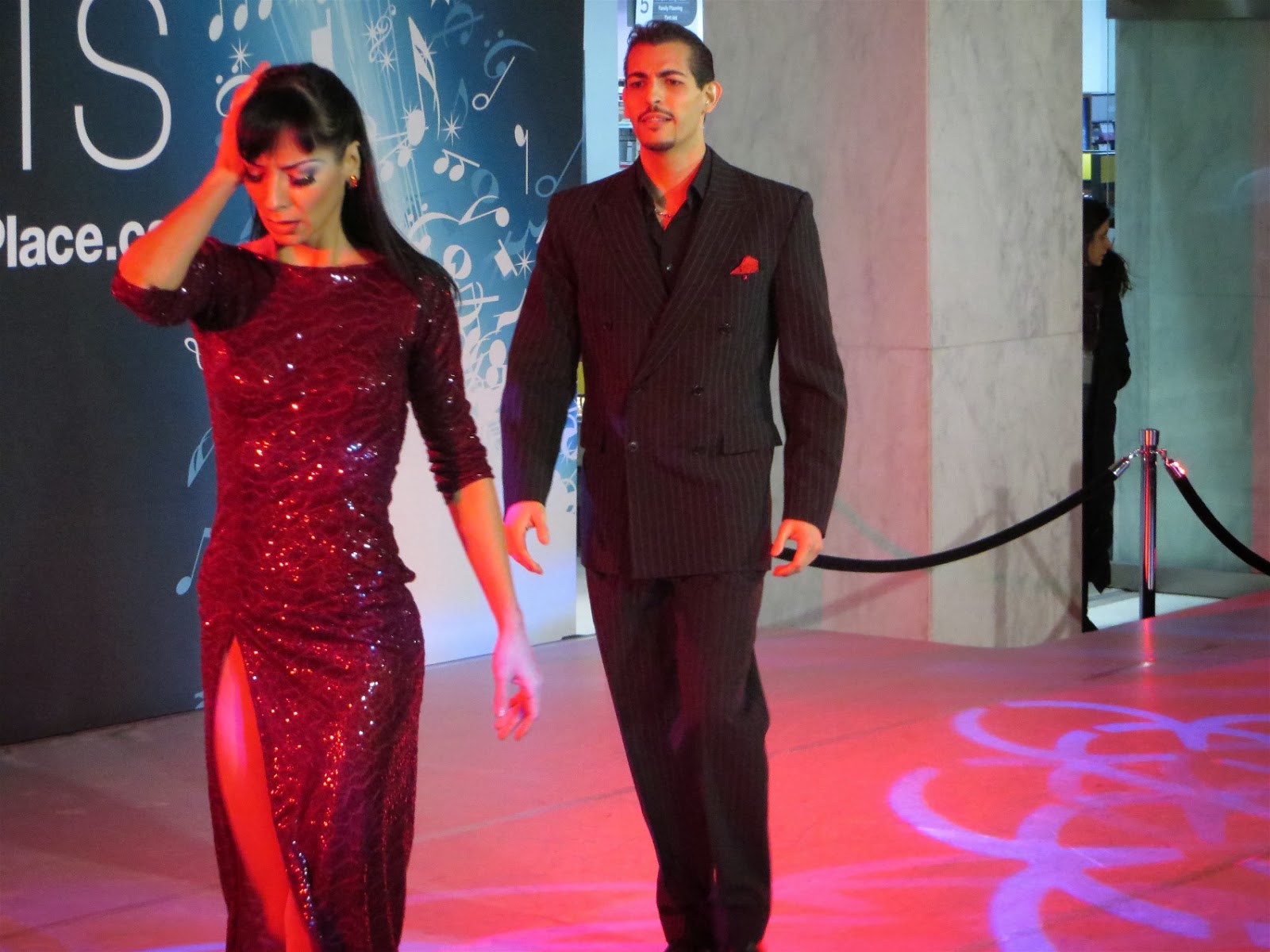 I really love the Tango and do admit that if there is a world class ballroom competition on TV, will sit down and watch it. To see it live is simply amazing!

Quite a few years ago, before I met Teena, I went and saw Forever Tango. It was awful with large, painful  gaps where there was no dancing, only accordions playing...plus no story. By coincidence Teena saw it too and didn't like it. When we heard that Arrabal was coming to Toronto, we were a little hesitant to buy tickets. What if it were another Forever Tango? 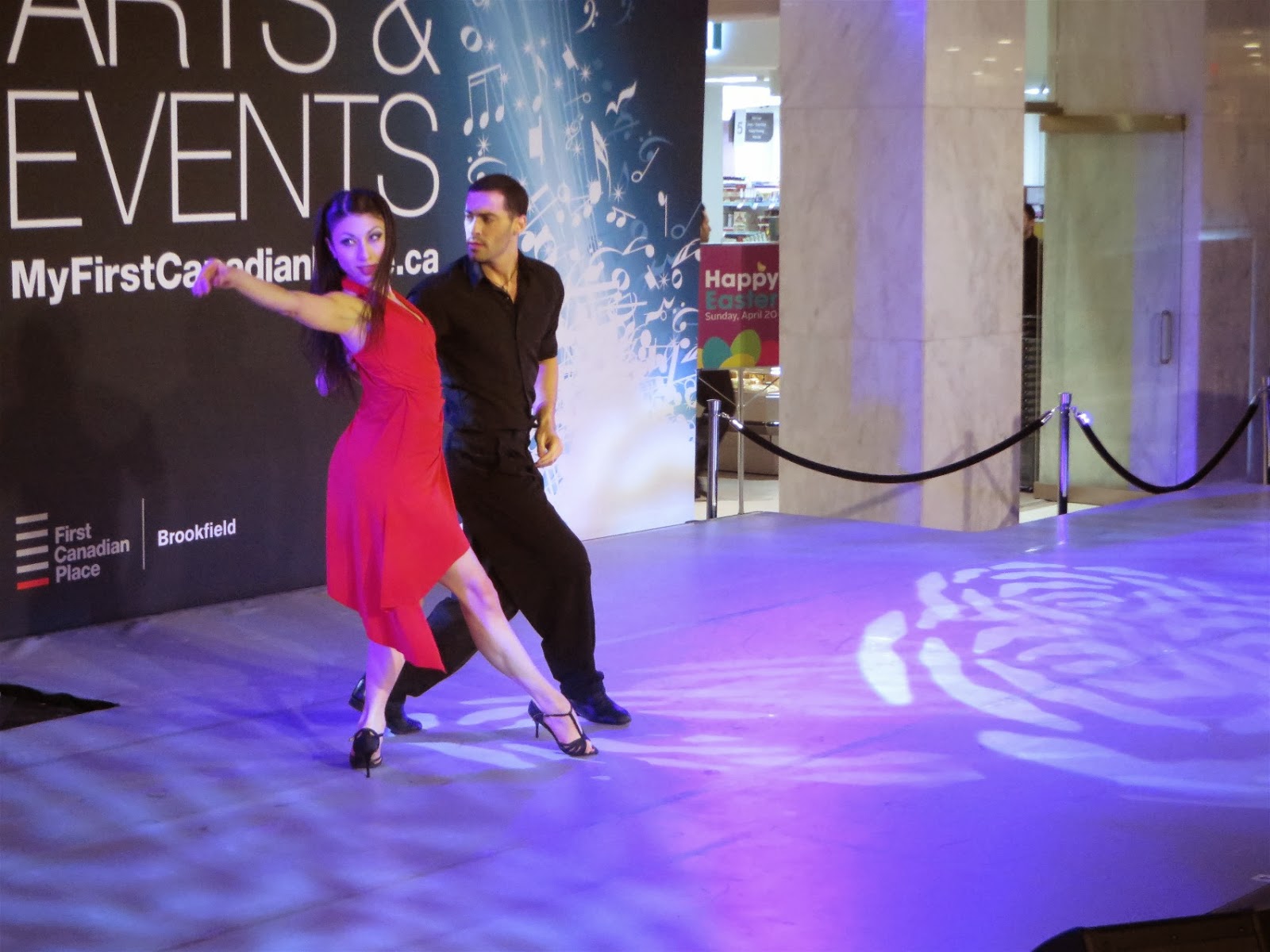 When I read what the play was about, I was sold. 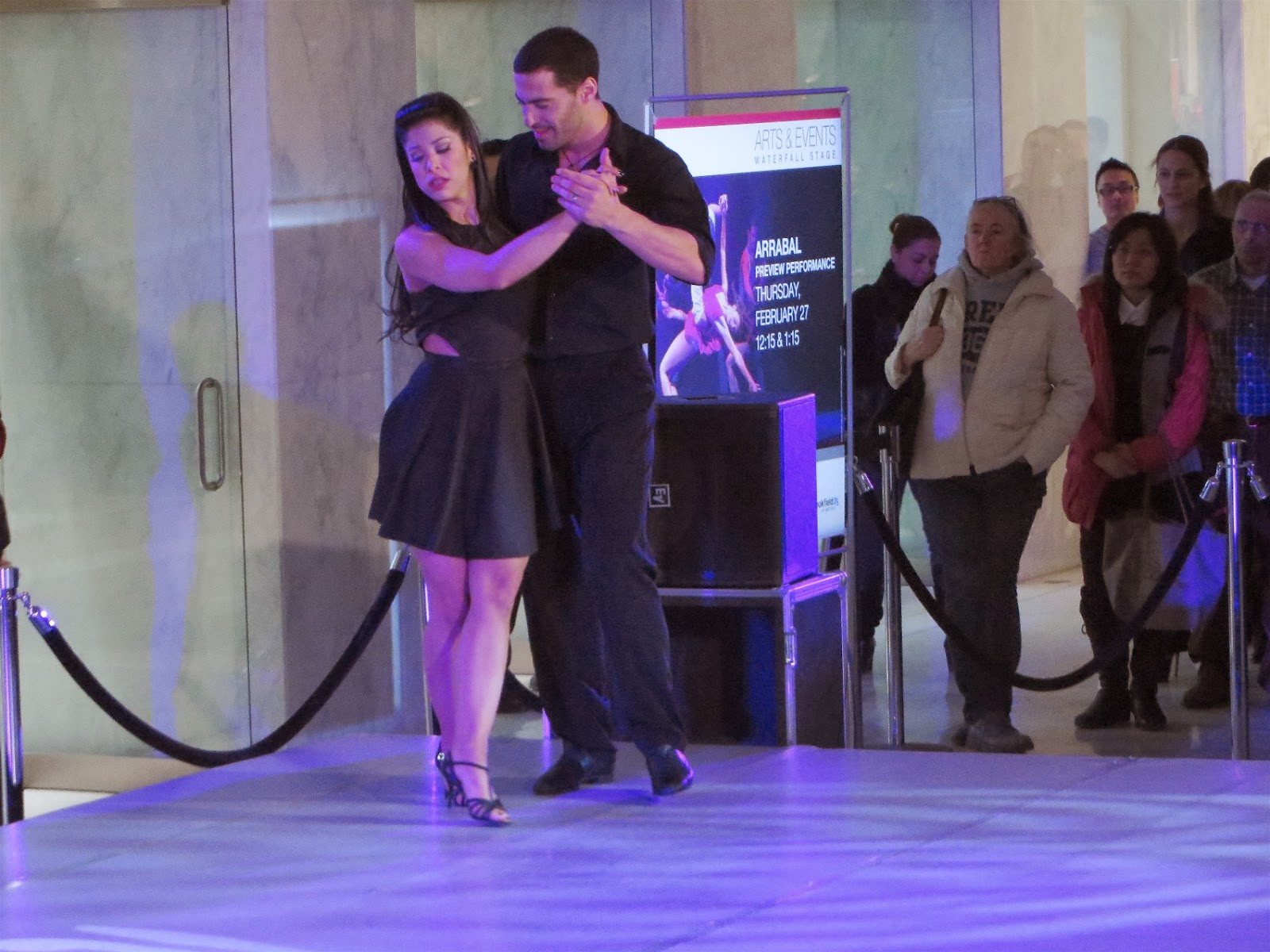 ARRABAL, an exciting World Premiere, is an explosive story told entirely through dance and the music of multiple Academy Award® winner Gustavo Santaolalla (Brokeback Mountain, Babel) and his band Bajofondo.

Using a modern tango dance vocabulary never seen before, director Sergio Trujillo (Jersey Boys, Memphis) and choreographer Julio Zurita create a dramatic vision that is emotional, sexual and powerful. With a book written by Tony Award® nominee John Weidman (Contact), follow Arrabal, our heroine, in this coming of age story as she enters the underground world of Buenos Aires’ tango clubs and discovers the violent history that took her father and disrupted a nation. ARRABAL is based on the true story of the political violence that threatened to destroy Argentina in the 1970’s. With a live band and performers direct from Buenos Aires, experience the sensual beauty and political intrigue that is ARRABAL.

The play has received great reviews. 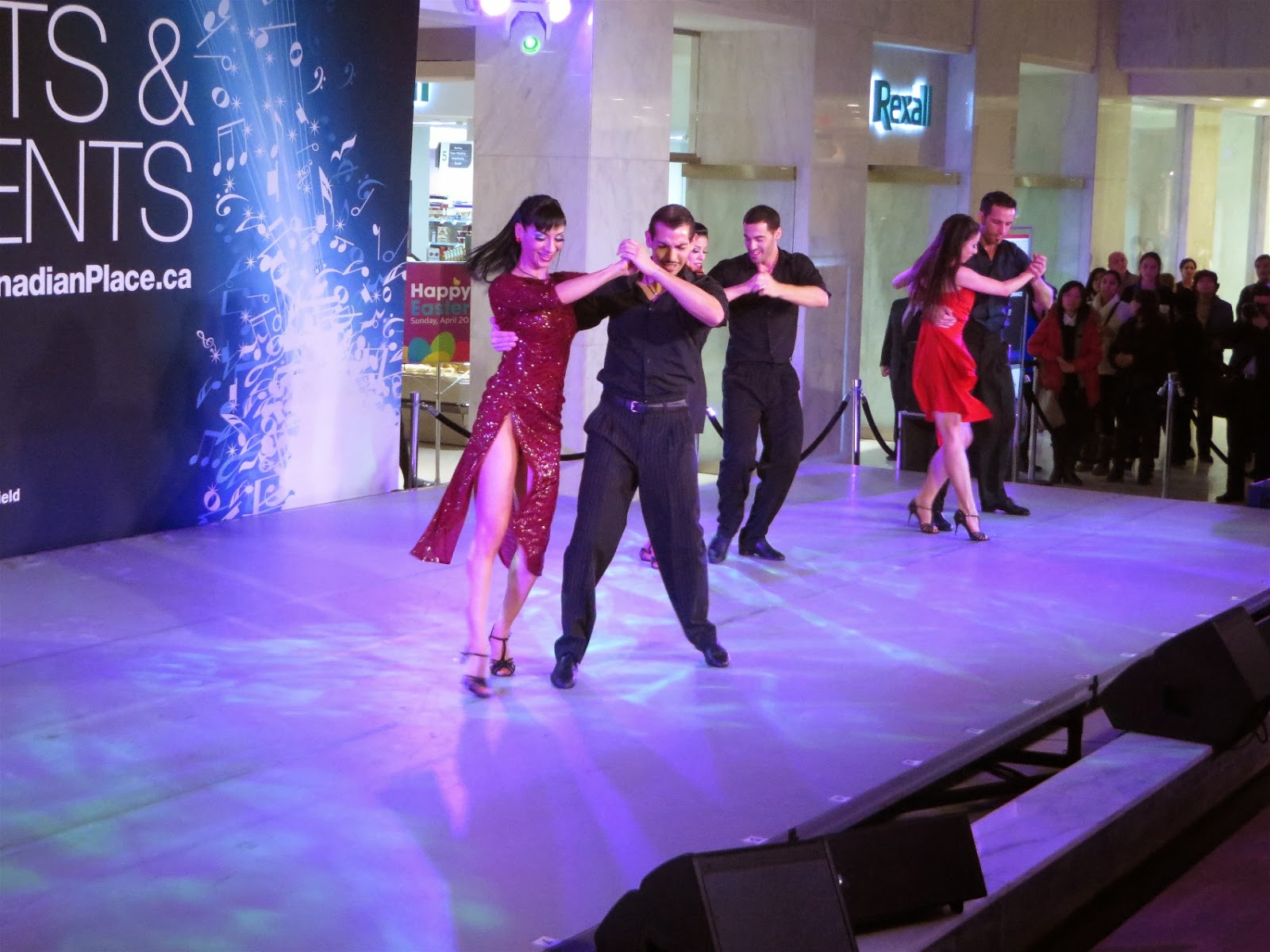 Today there was a preview of the show at First Canadian Place during lunch hour, one of the many reasons that I love working downtown. I timed my lunch so I could take in the performance. It's amazing that a story can be told in a five minute dance. 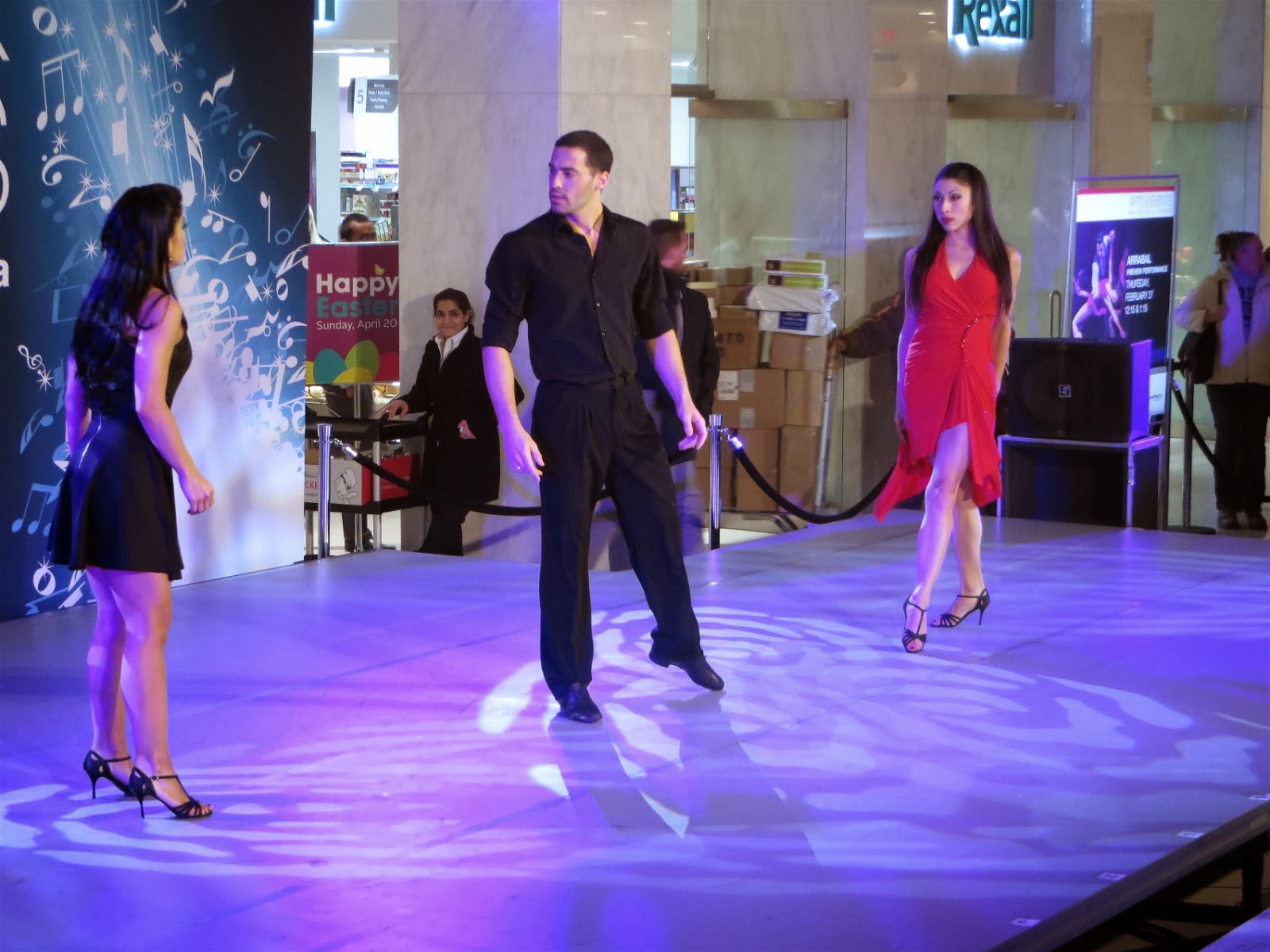 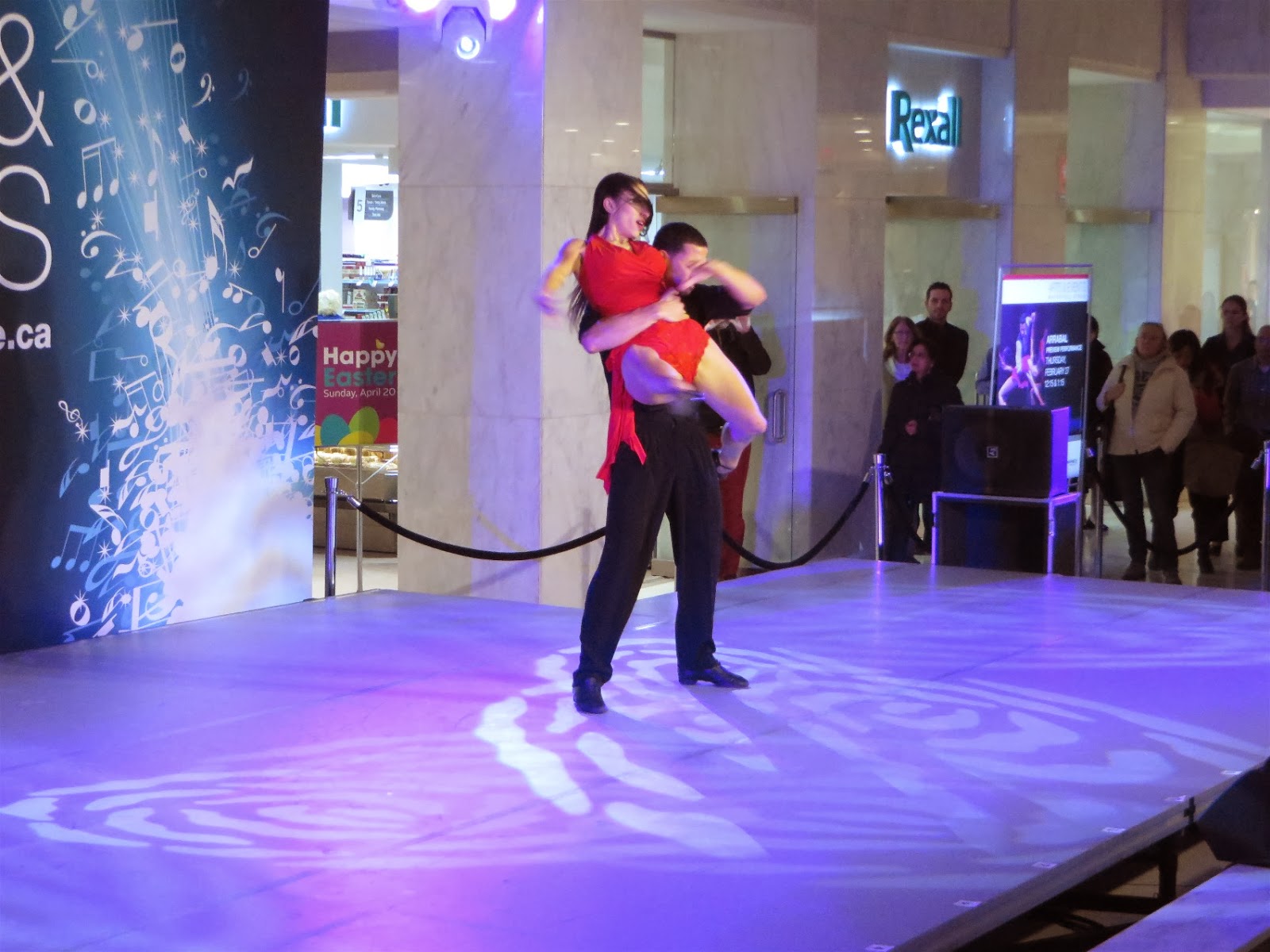 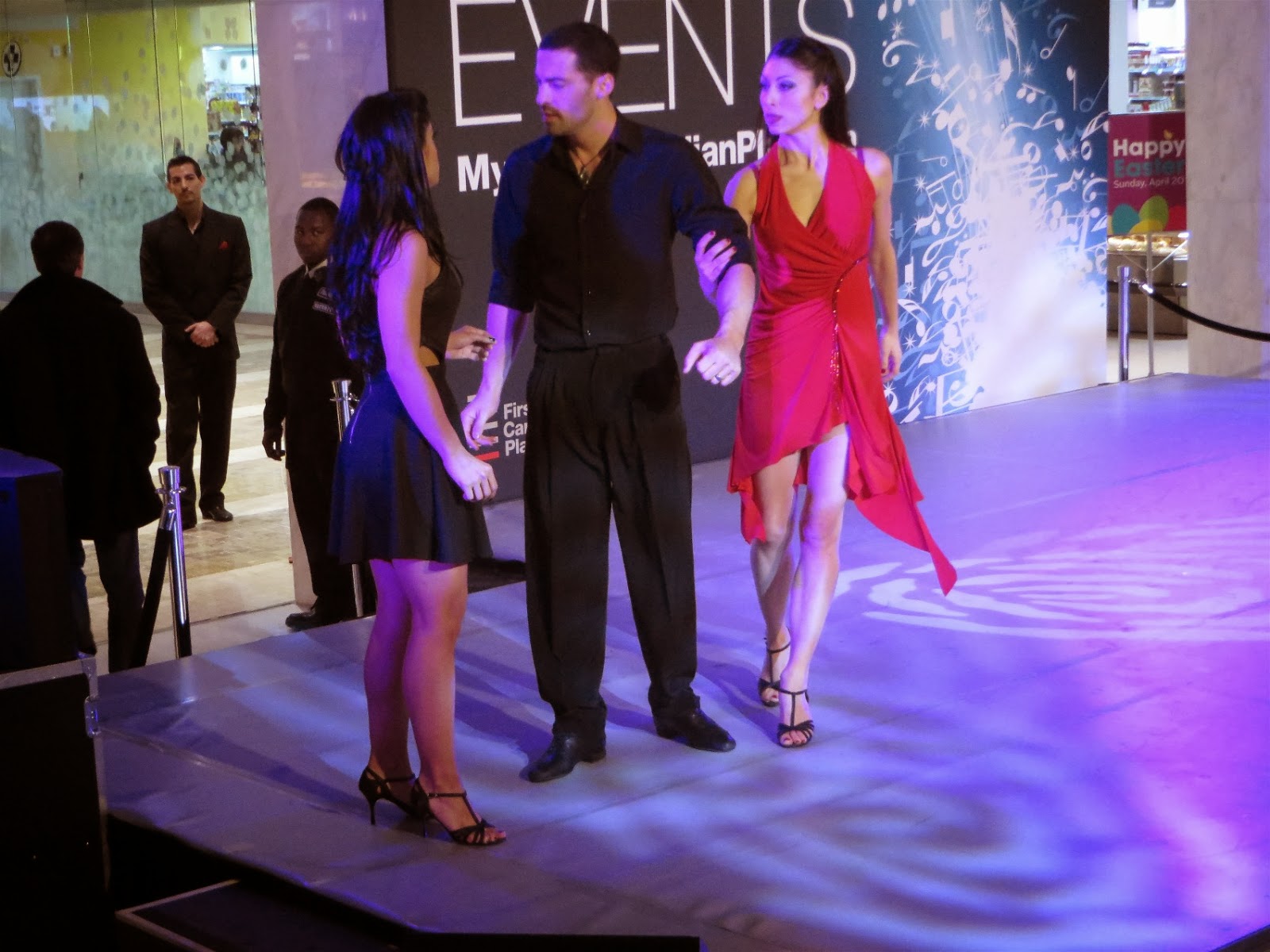 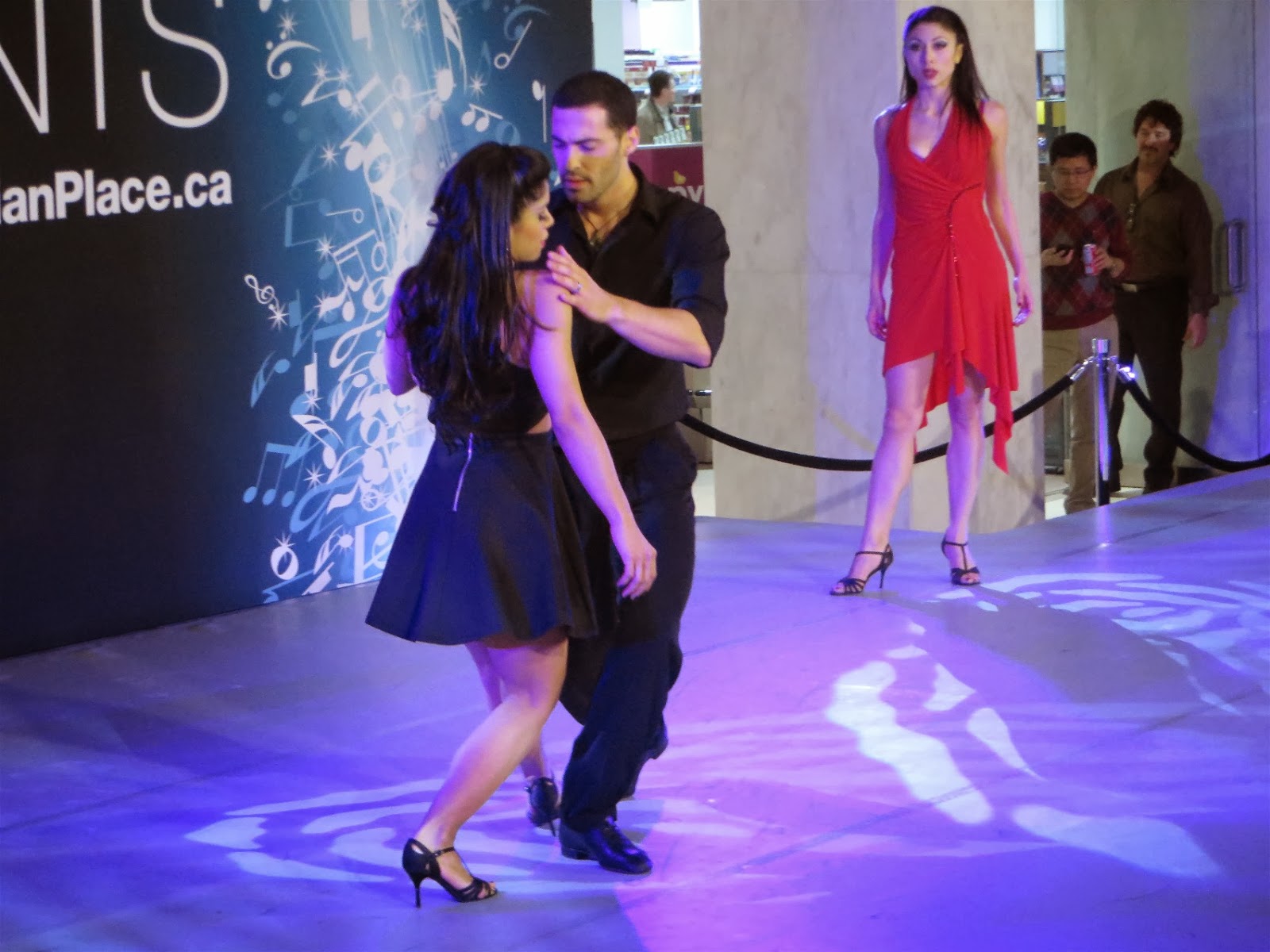 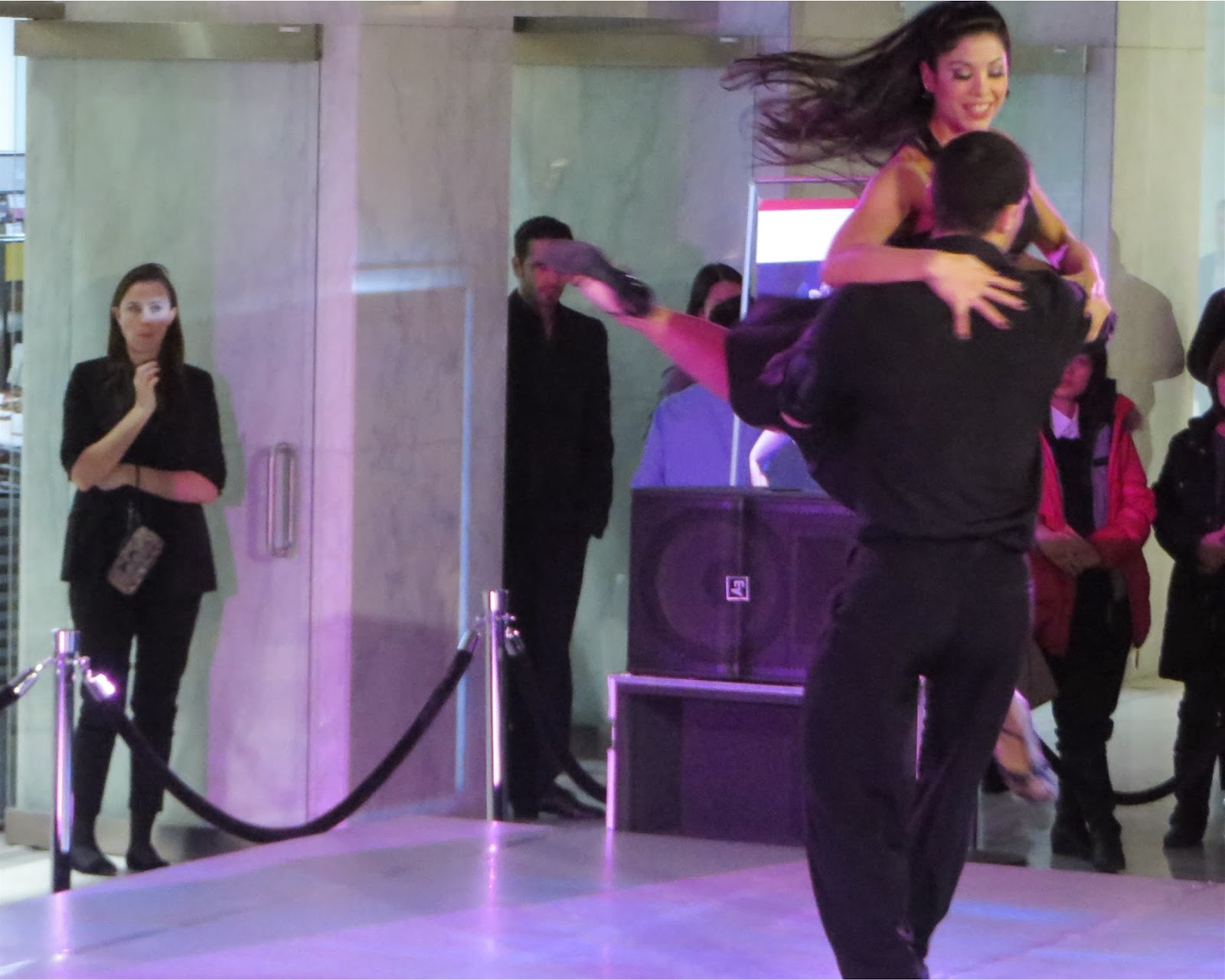 There was a story in the second dance also, but I was too busy watching and trying to shoot some decent shots. 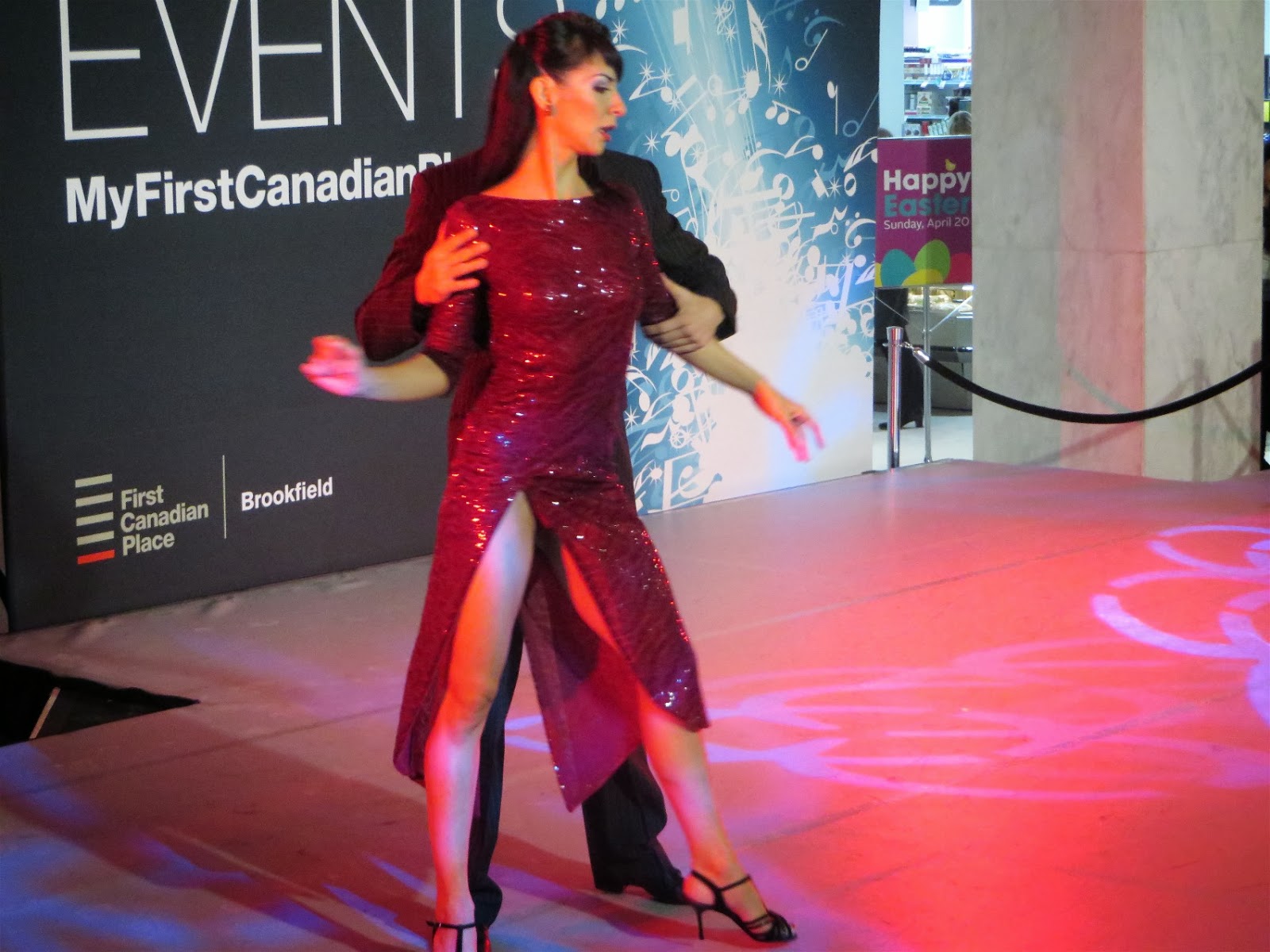 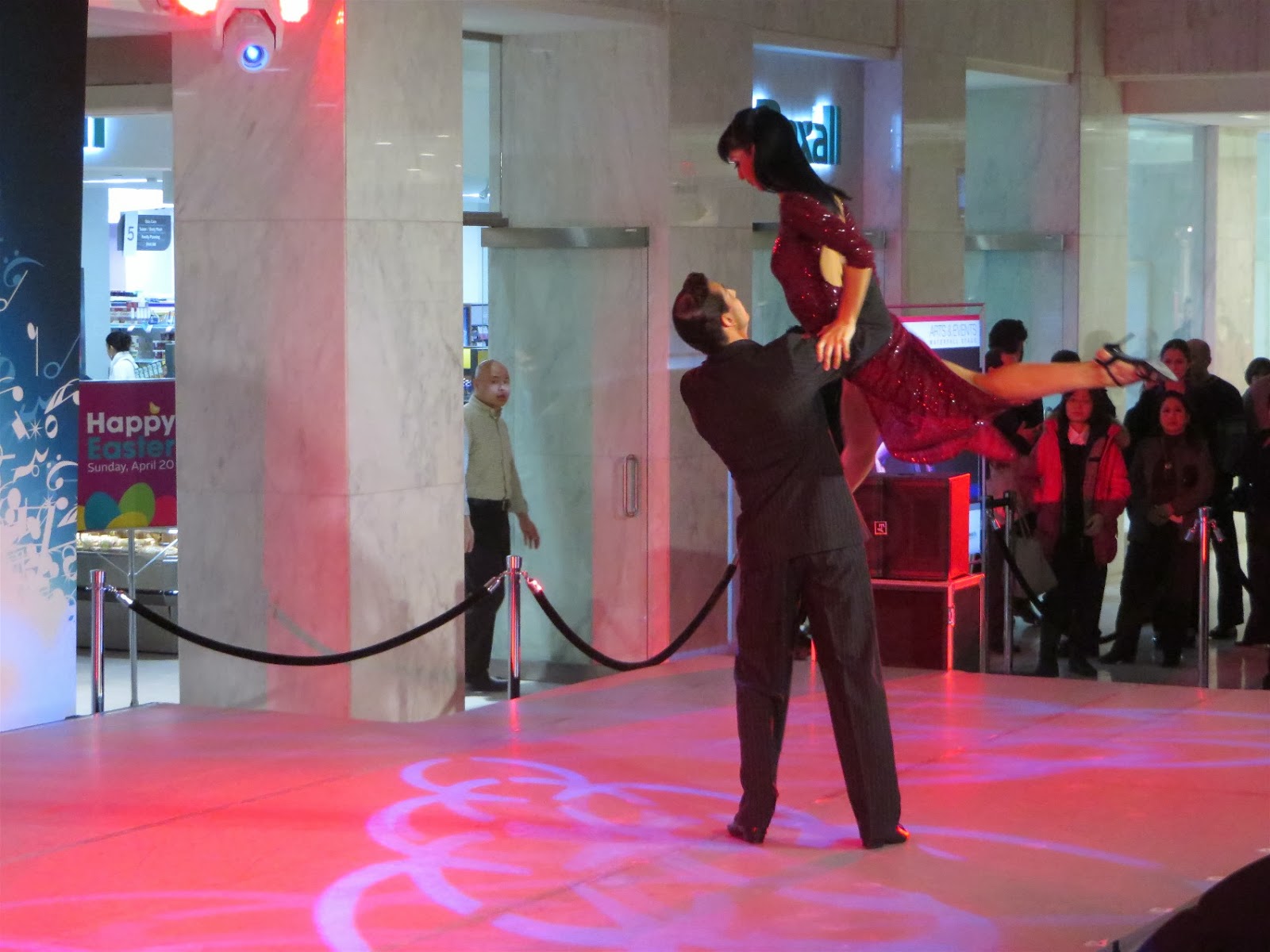 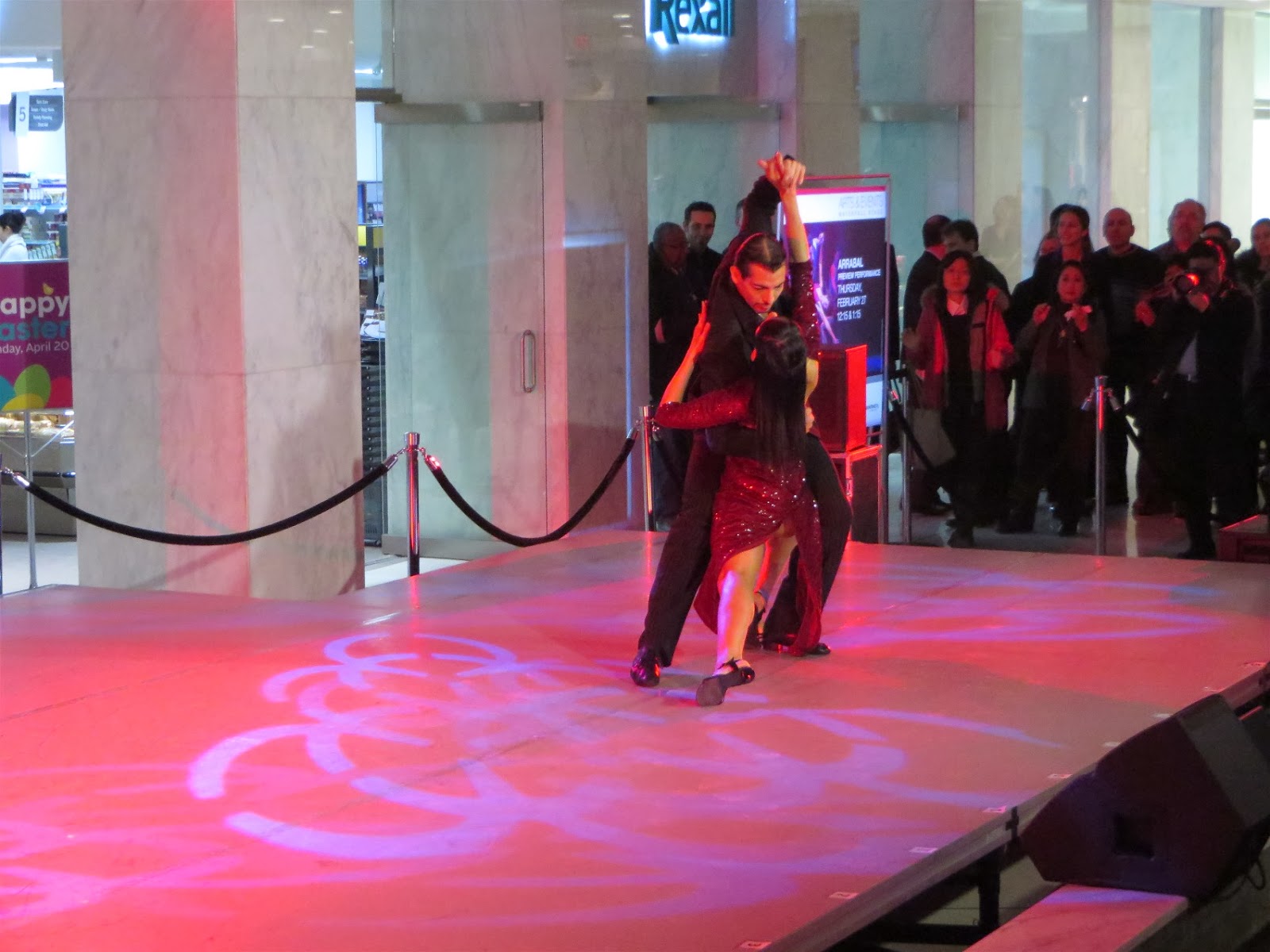 For the last dance, all three couples were on the stage. 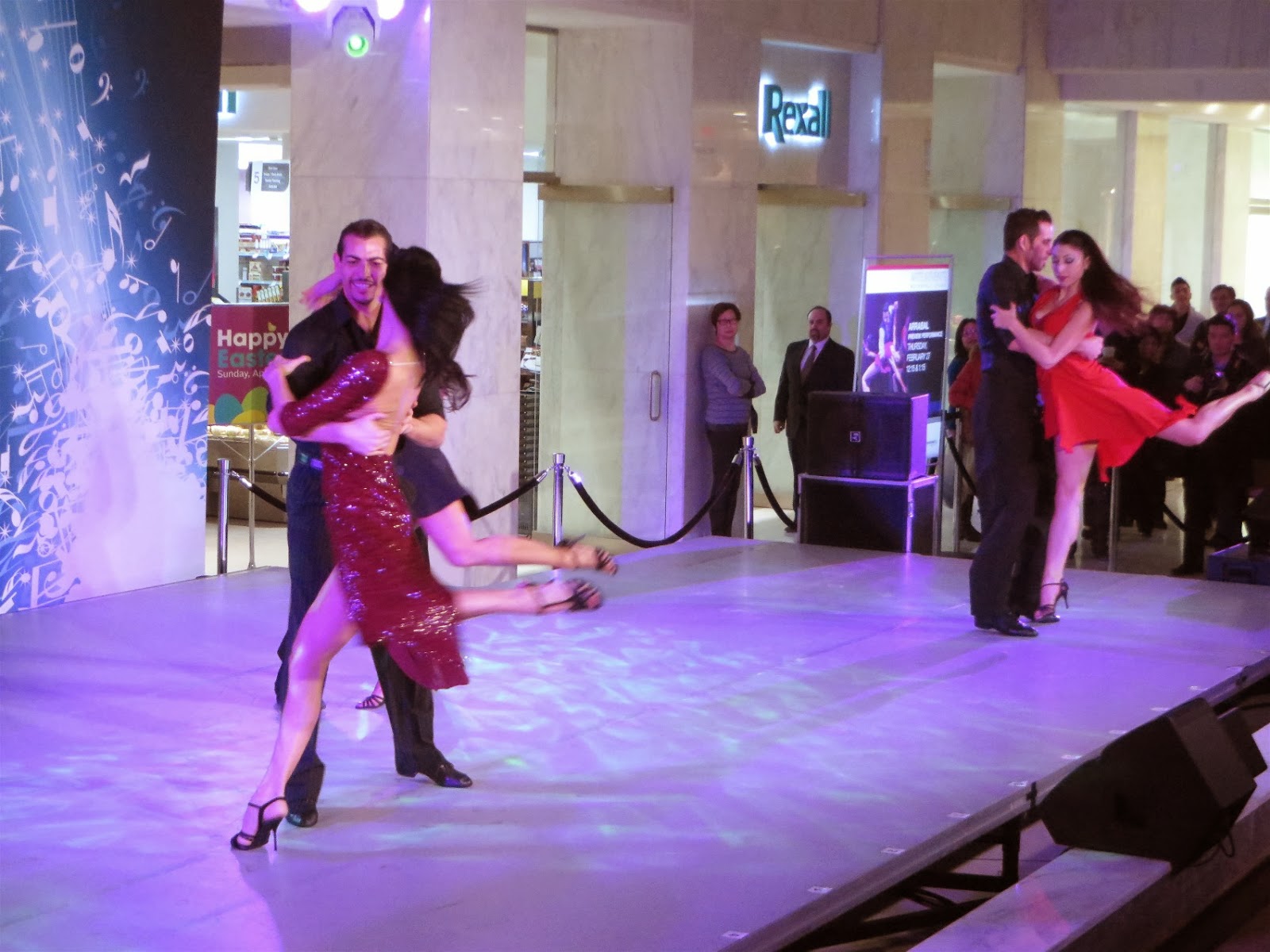 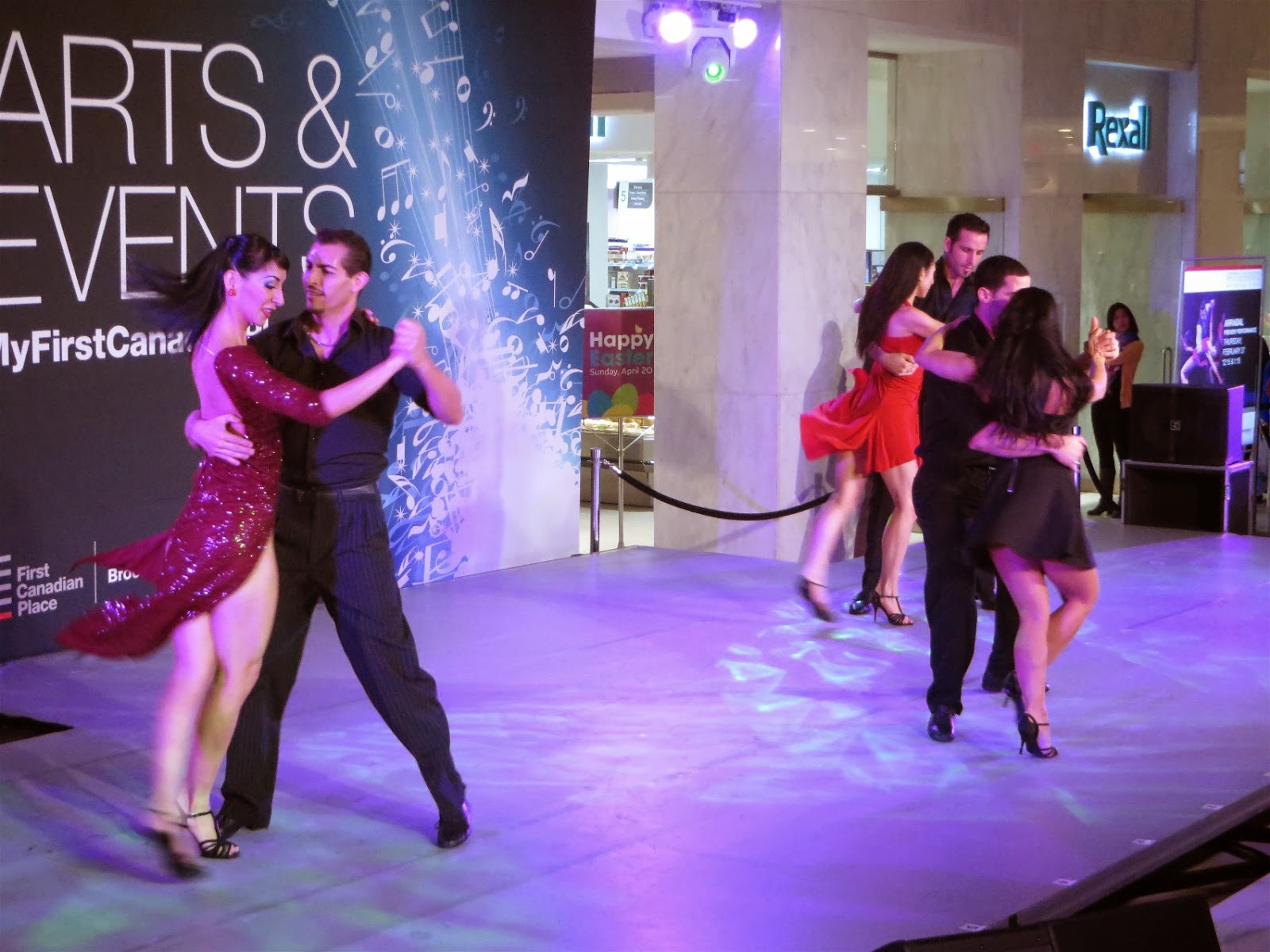 I was blown away by the performances. Arrabal is a play that Teena and I definitely have to see! 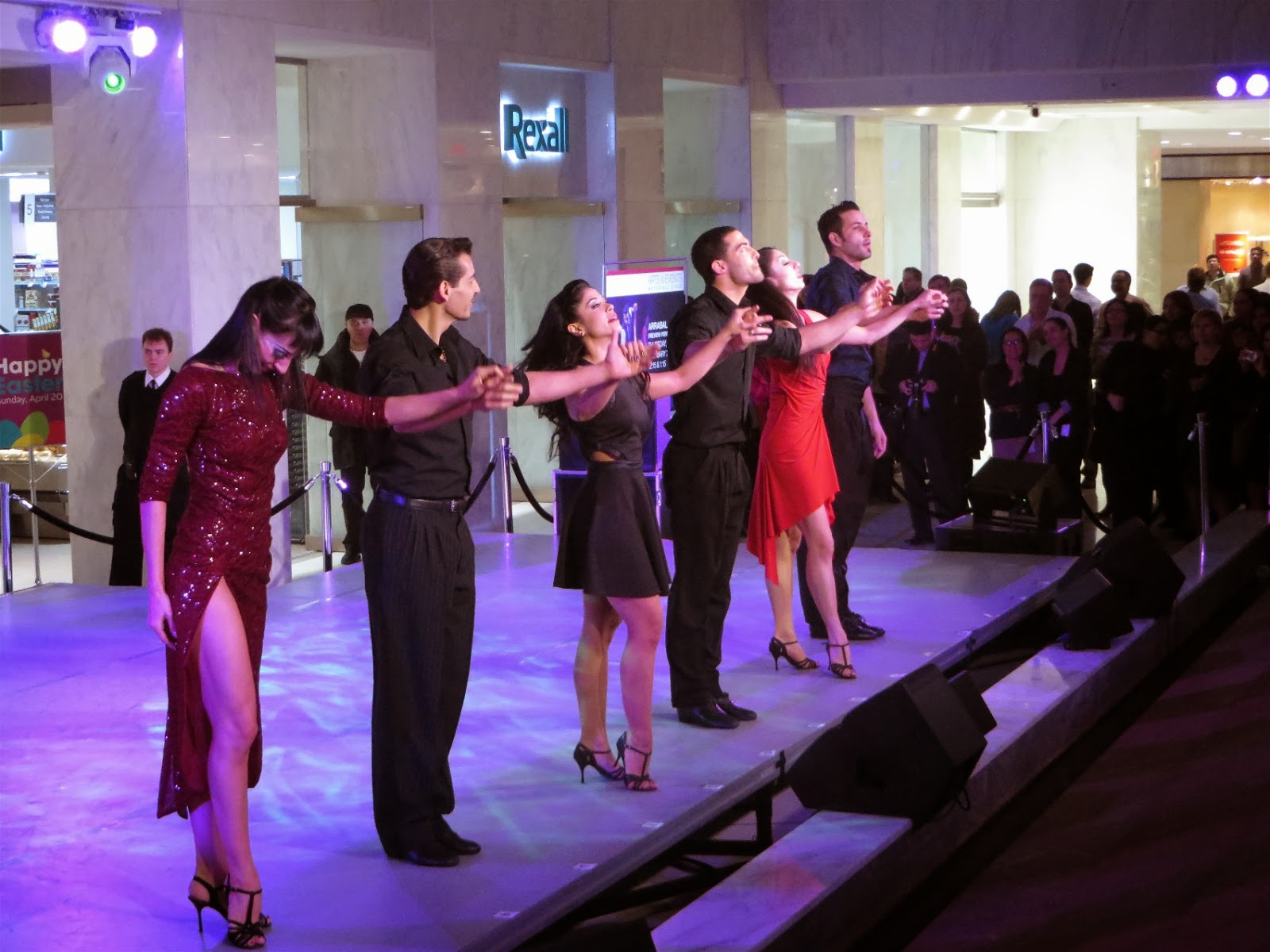