Watching the Jays Shut Out the Yankees 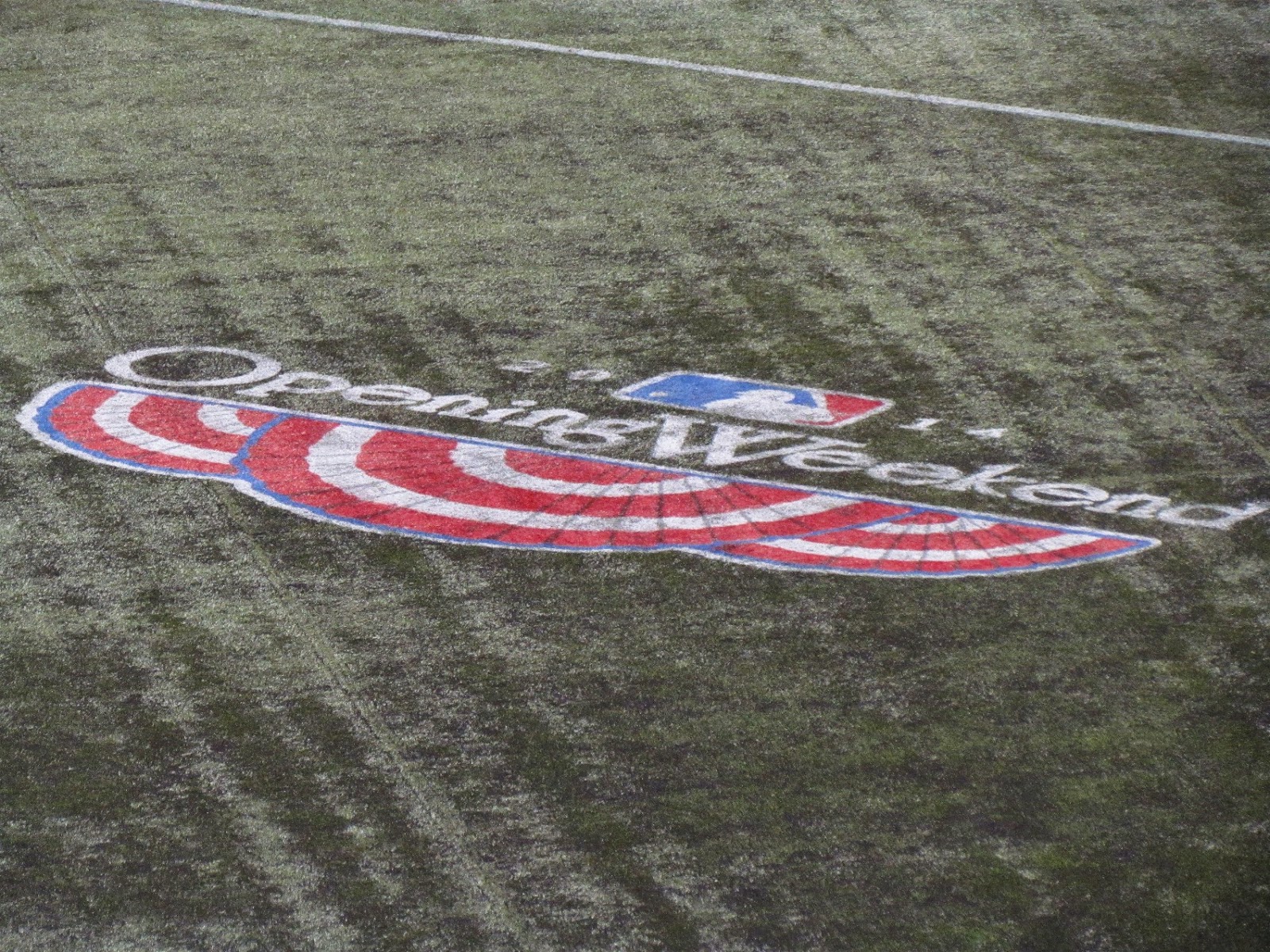 It's opening weekend for the Toronto Blue Jays, who are taking on the New York Yankees for three games. Last night they lost 7-3 and hoped to even up the series today. They had an ace in the hole besides knuckle-baller R.A. Dickey being on the mound. That would be Teena and I! 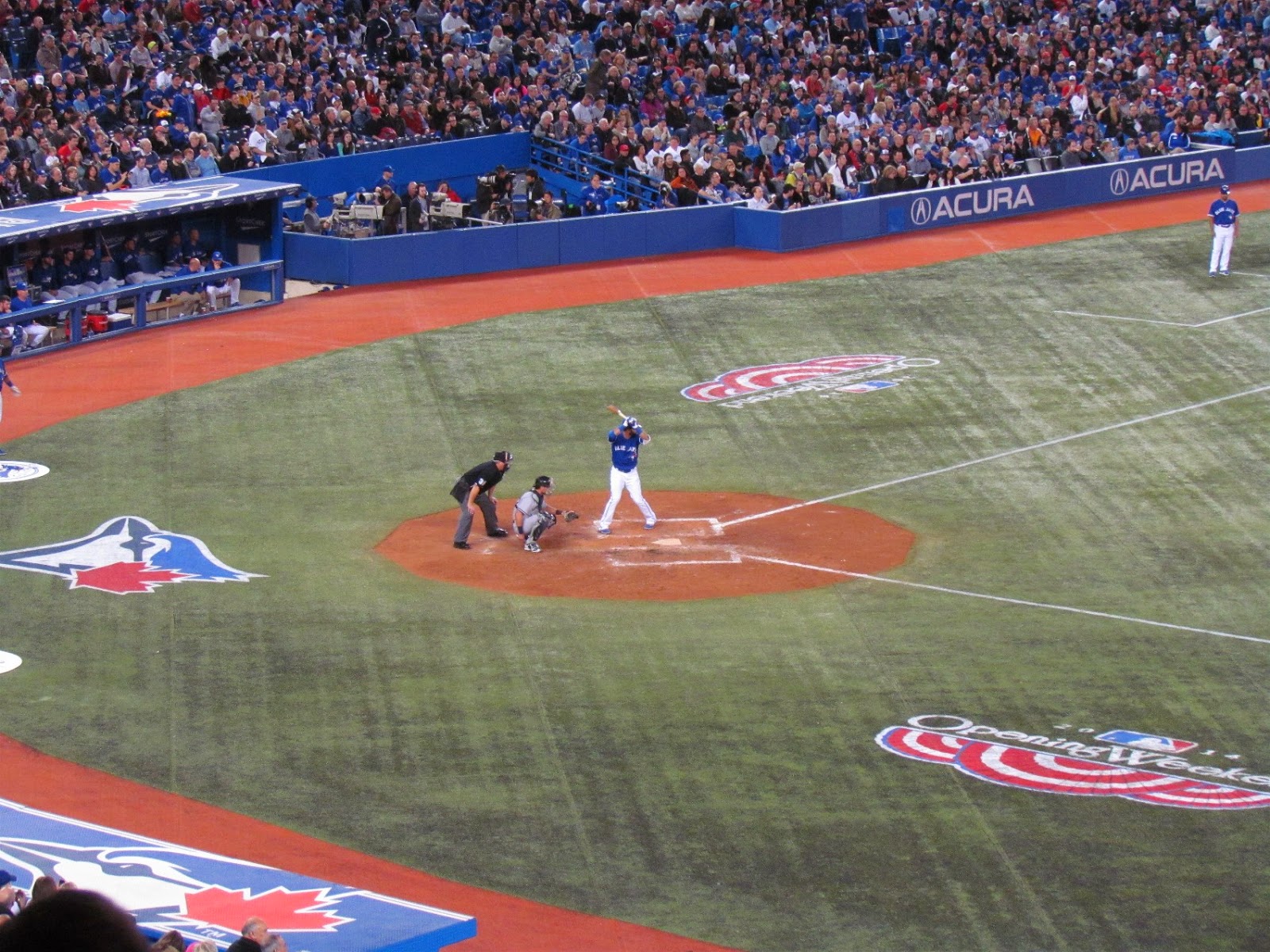 Pitching coach Pete Walker (left) walks out from the bullpen with R.A Dickey and his catcher, Josh Thole (pronounced toe-lee). 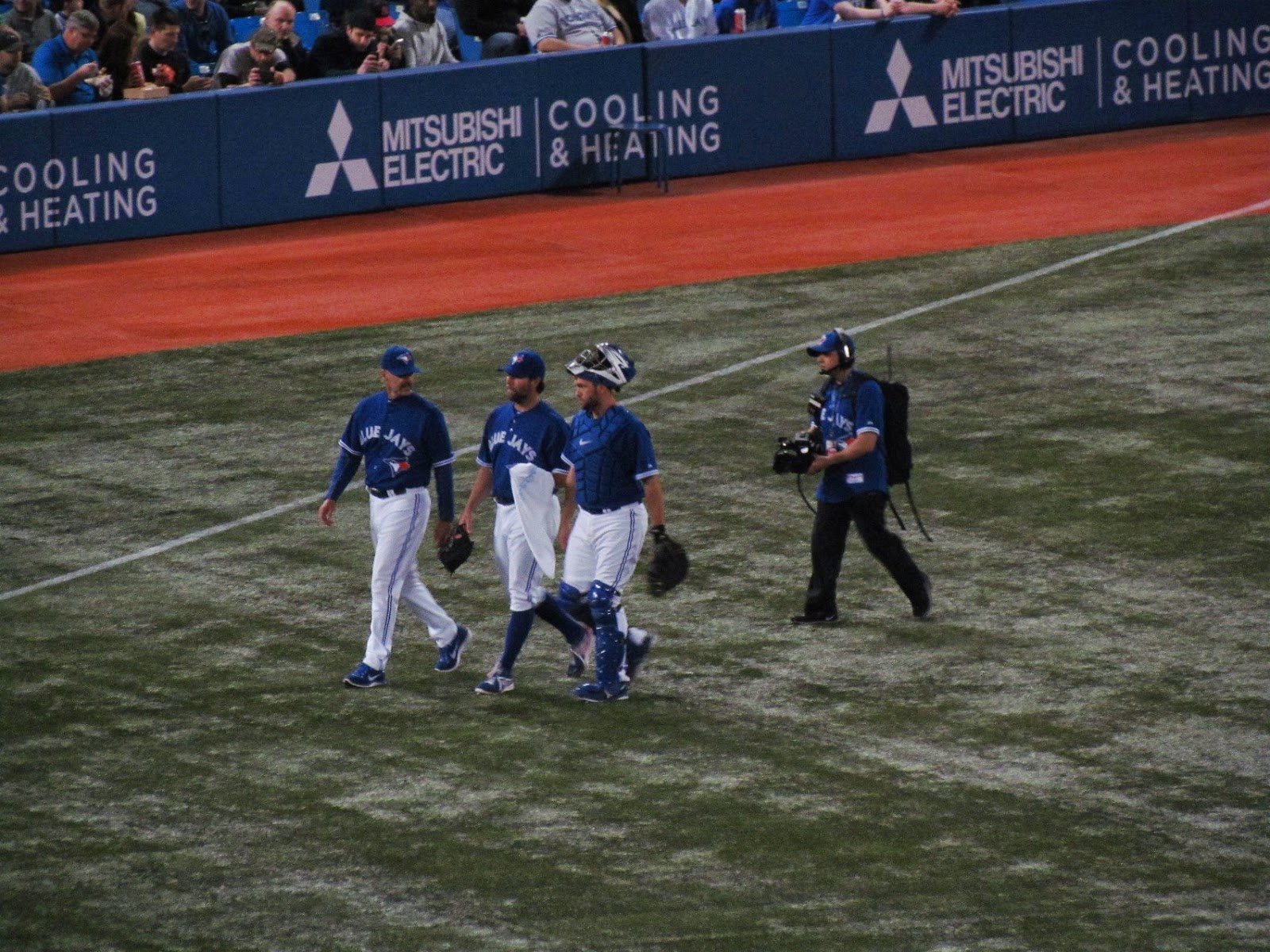 Lineup cards were exchanged at home plate and then the game was underway. 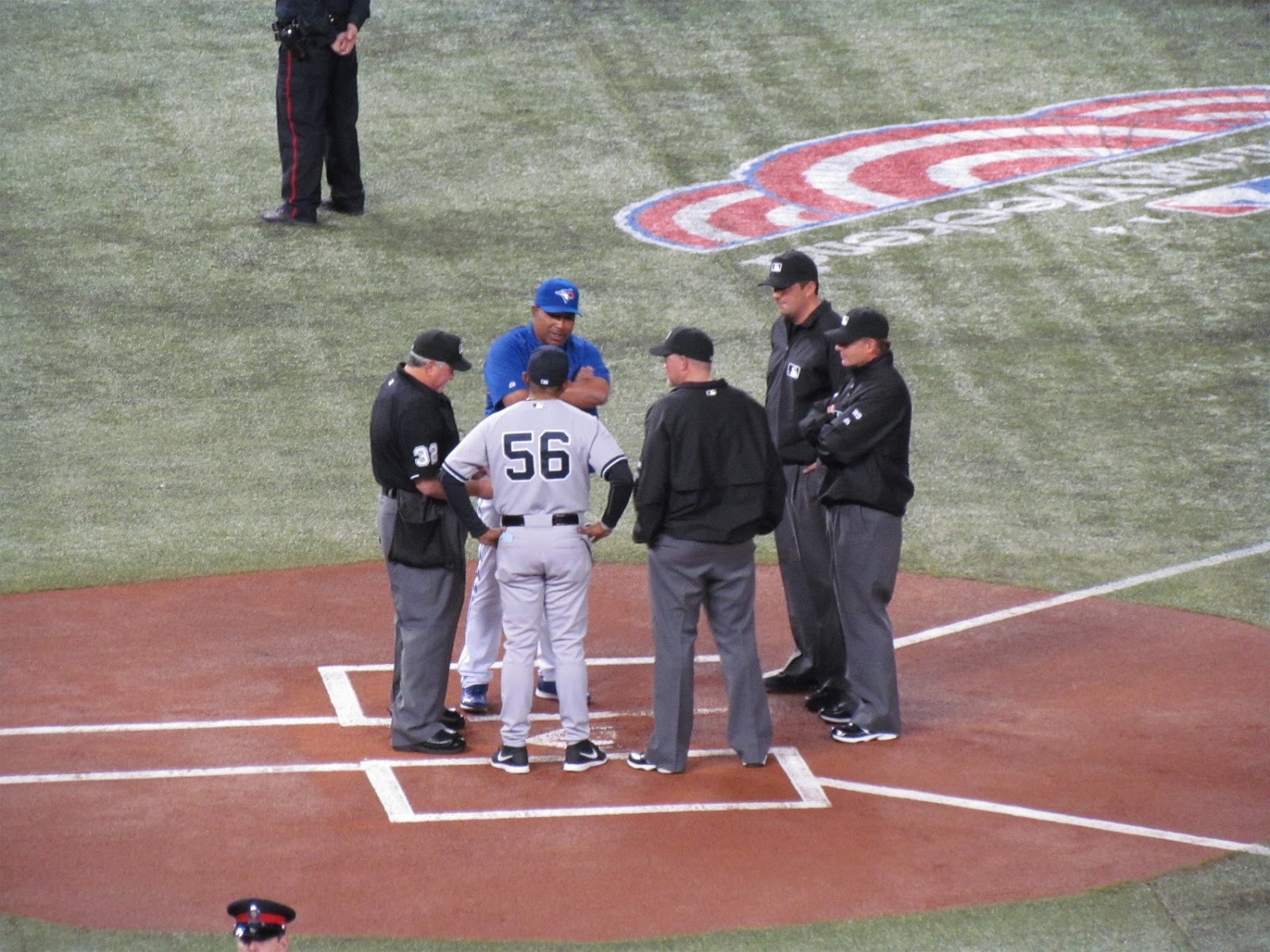 R.A. Dickey throws the first pitch of the game. Many of my own pictures did not come out as I was trying to shoot at 1/30 shutter speed and my images were blurry. Any faster and they were too dark. I love it when the dome is open for better light. Teena took some great shots and this is one of them. 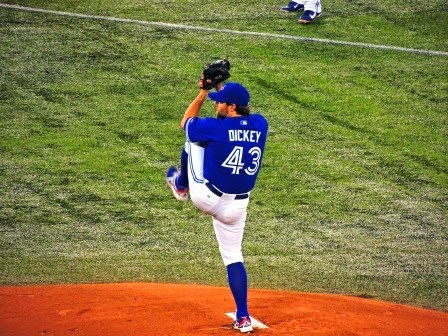 Derek Jeter was booed quite a bit when he came to back as he is the last of the Ultimate Yankees, having played for them for 20 years. He is retiring after this year, with a great career that took him through the steroid era of baseball without a single scandal. A future Hall of Famer for sure! 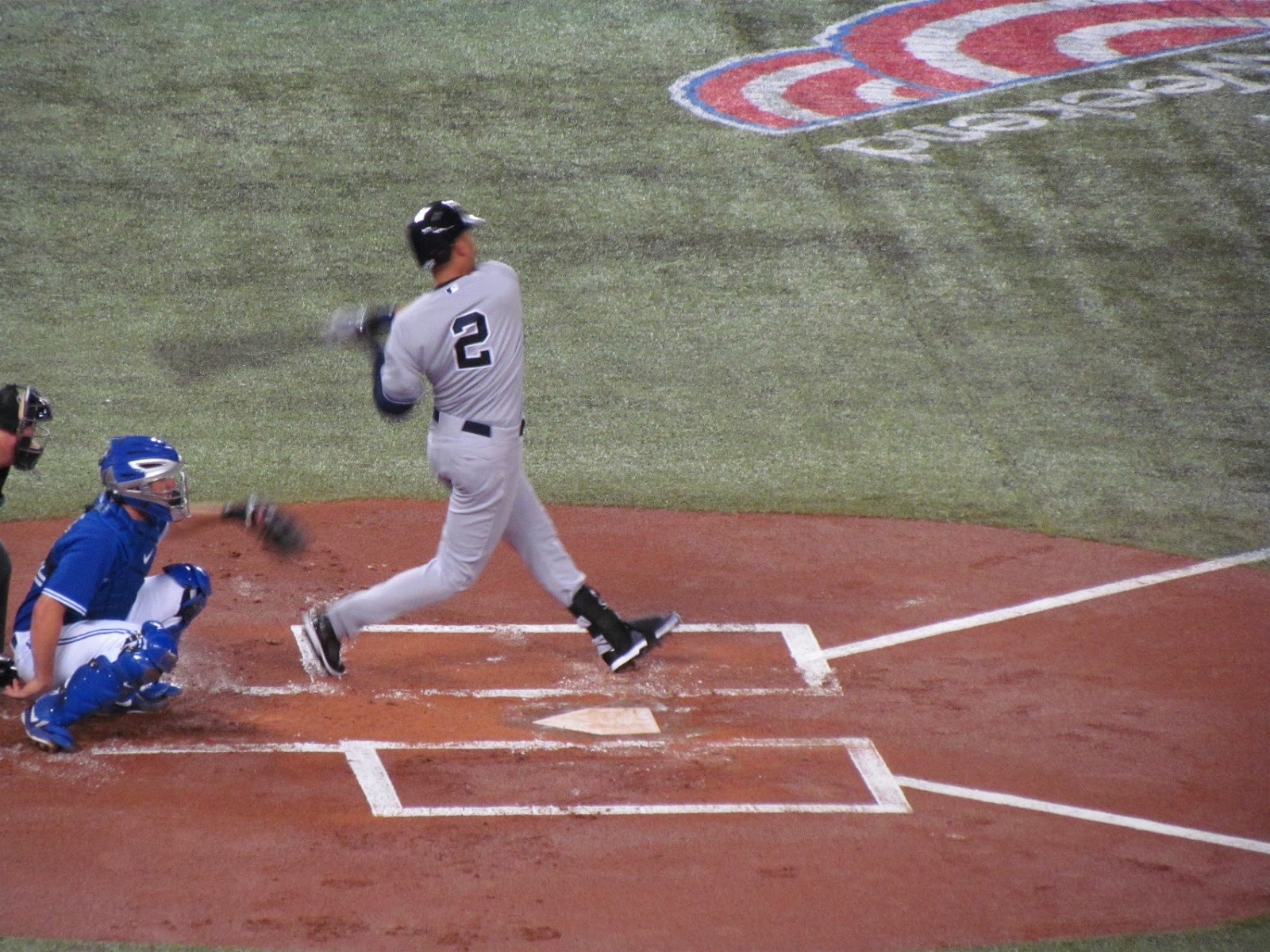 Edwin Encarnacion is not only the Jays first baseman but also on my fantasy team, the Rumrunners. I was hoping to see a good game from him today but he went hitless. 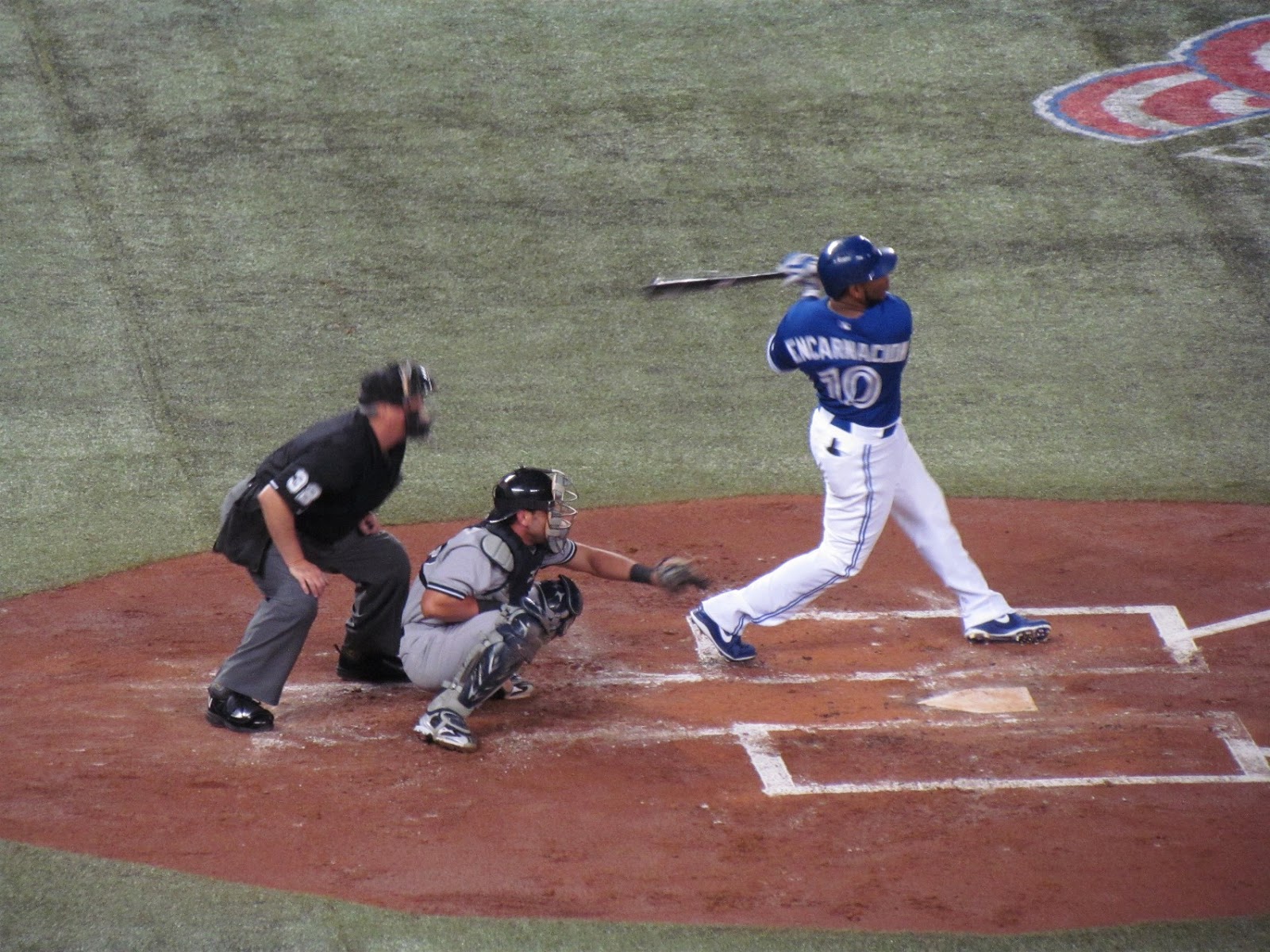 Canadian Brett Lawrie, a favorite of ours went hitless too. 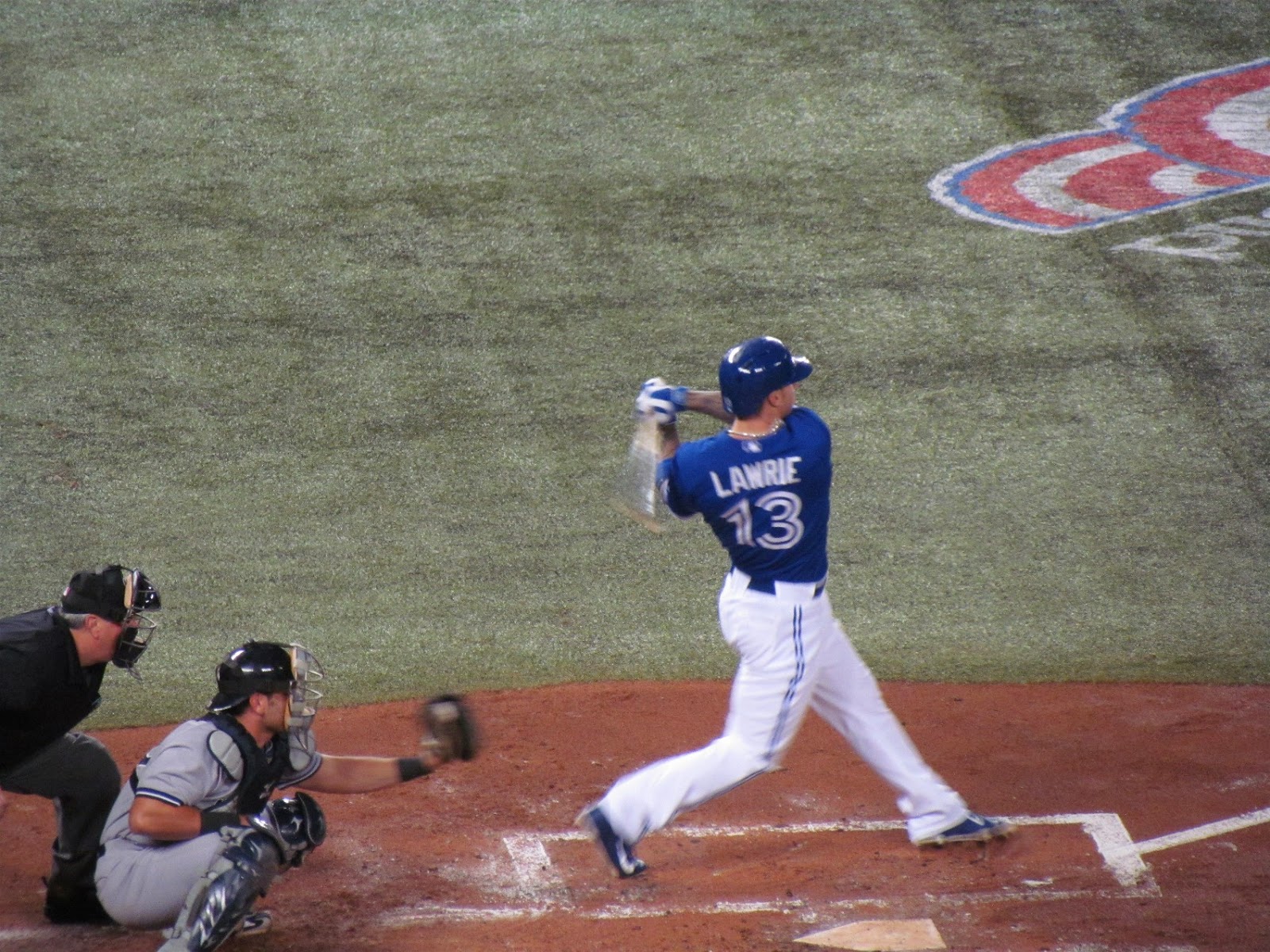 A pick-off play at second. We just missed it for the out. 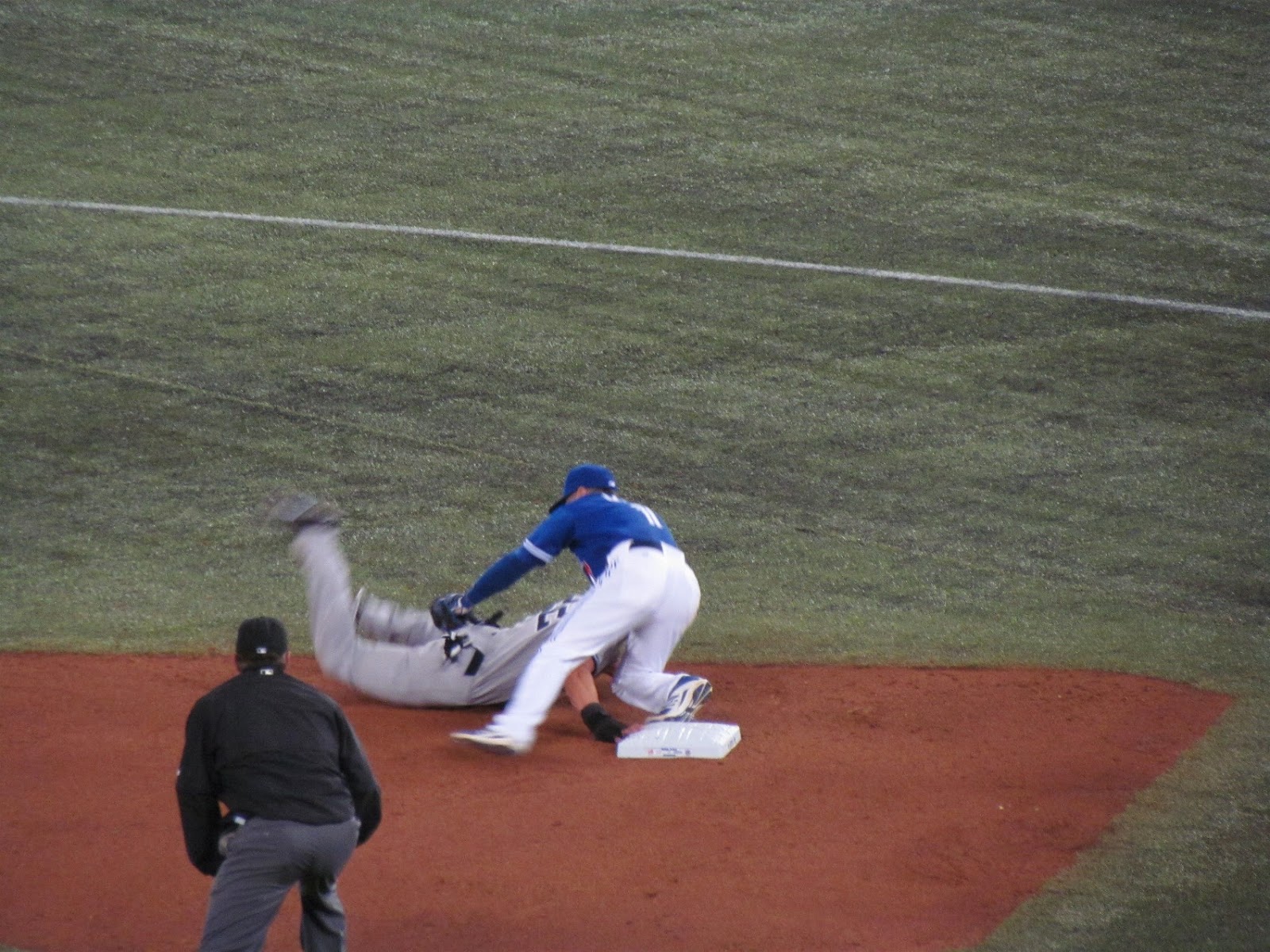 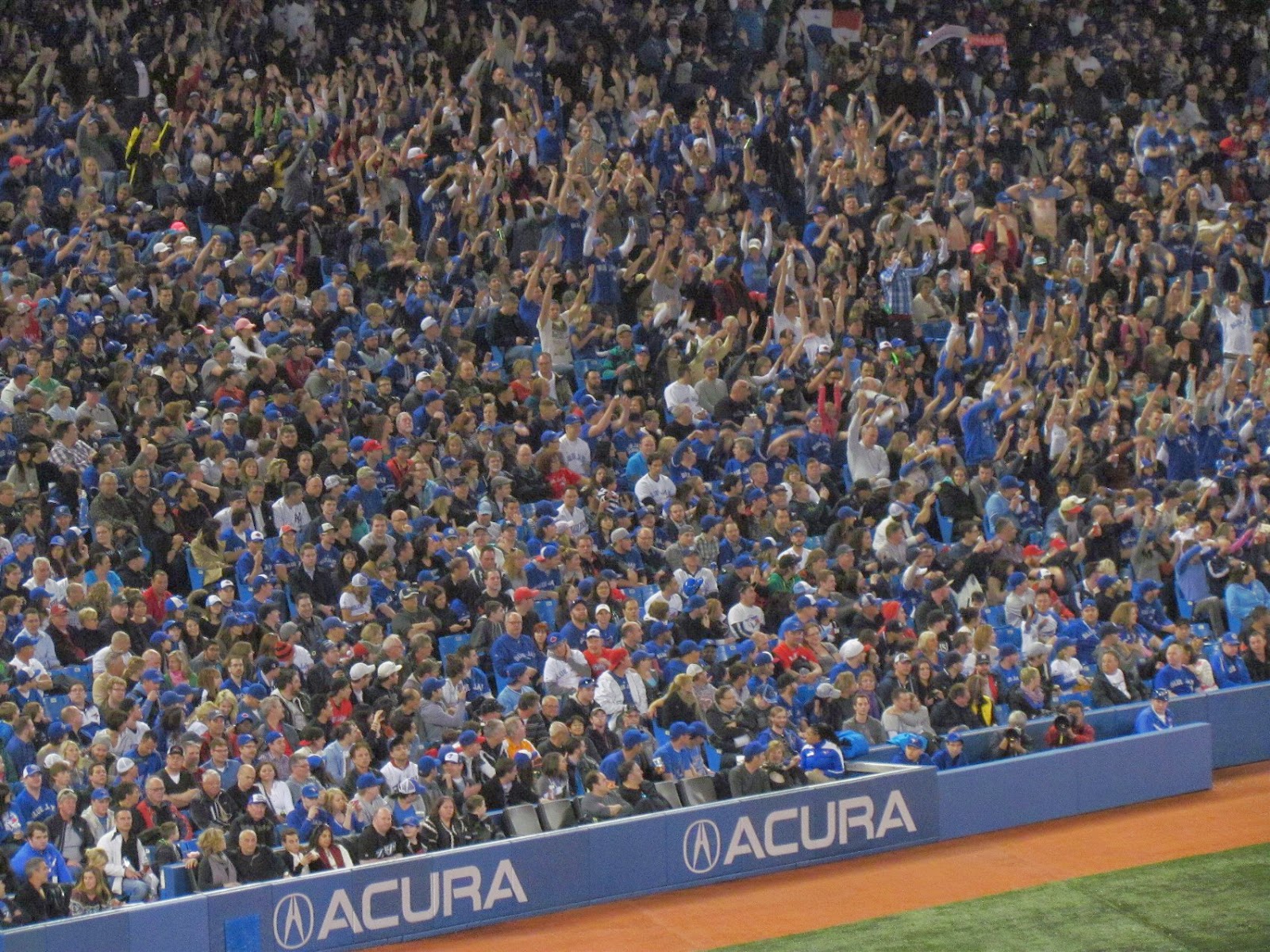 After pitching a great six and two thirds inning, Dickey gave up a single and Gibbons came out to take him out of the game to a tremendous ovation from the crowd. 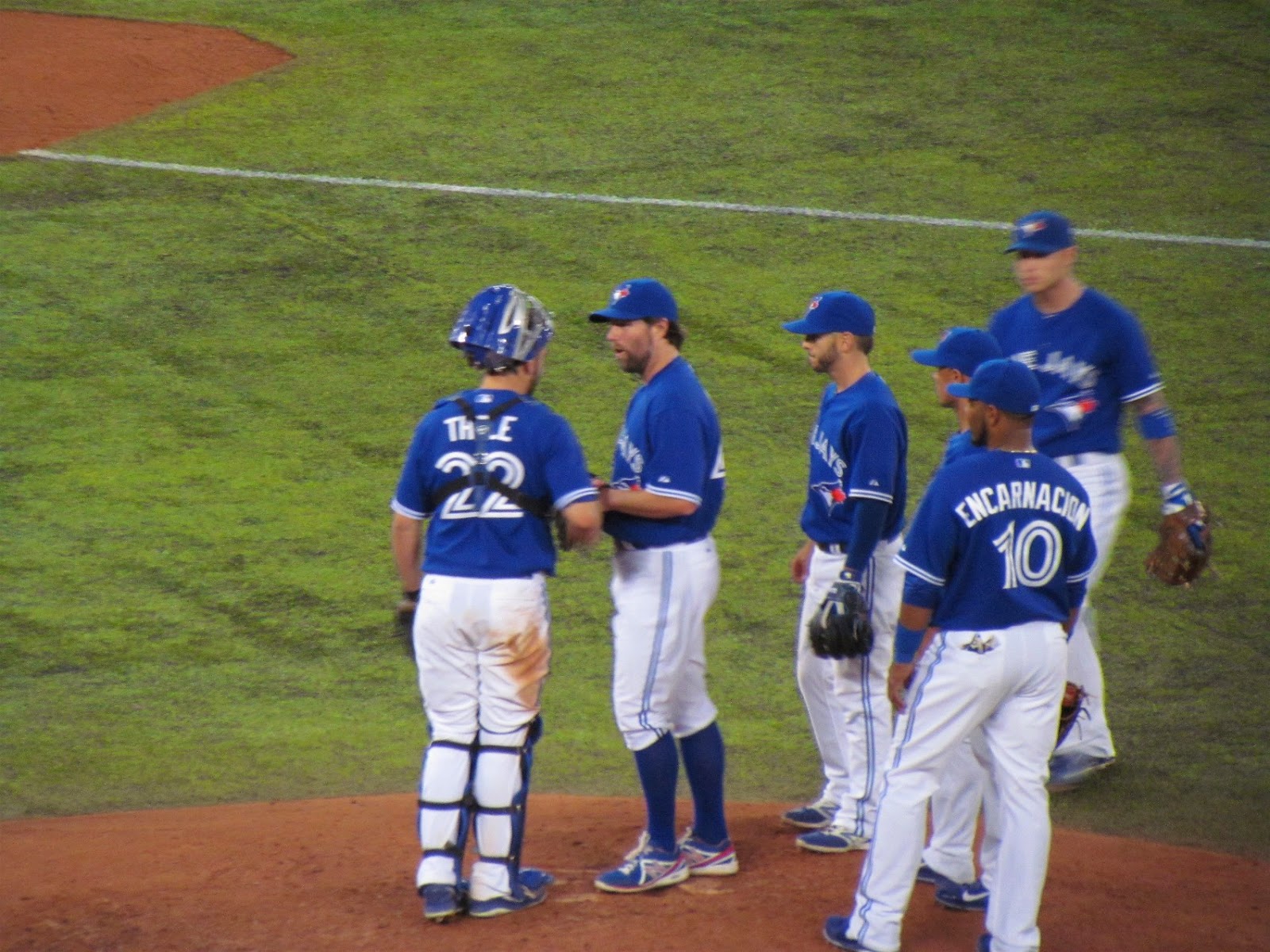 It was a nail biter of a game until the bottom of the eighth when Melkey Cabrera homered. 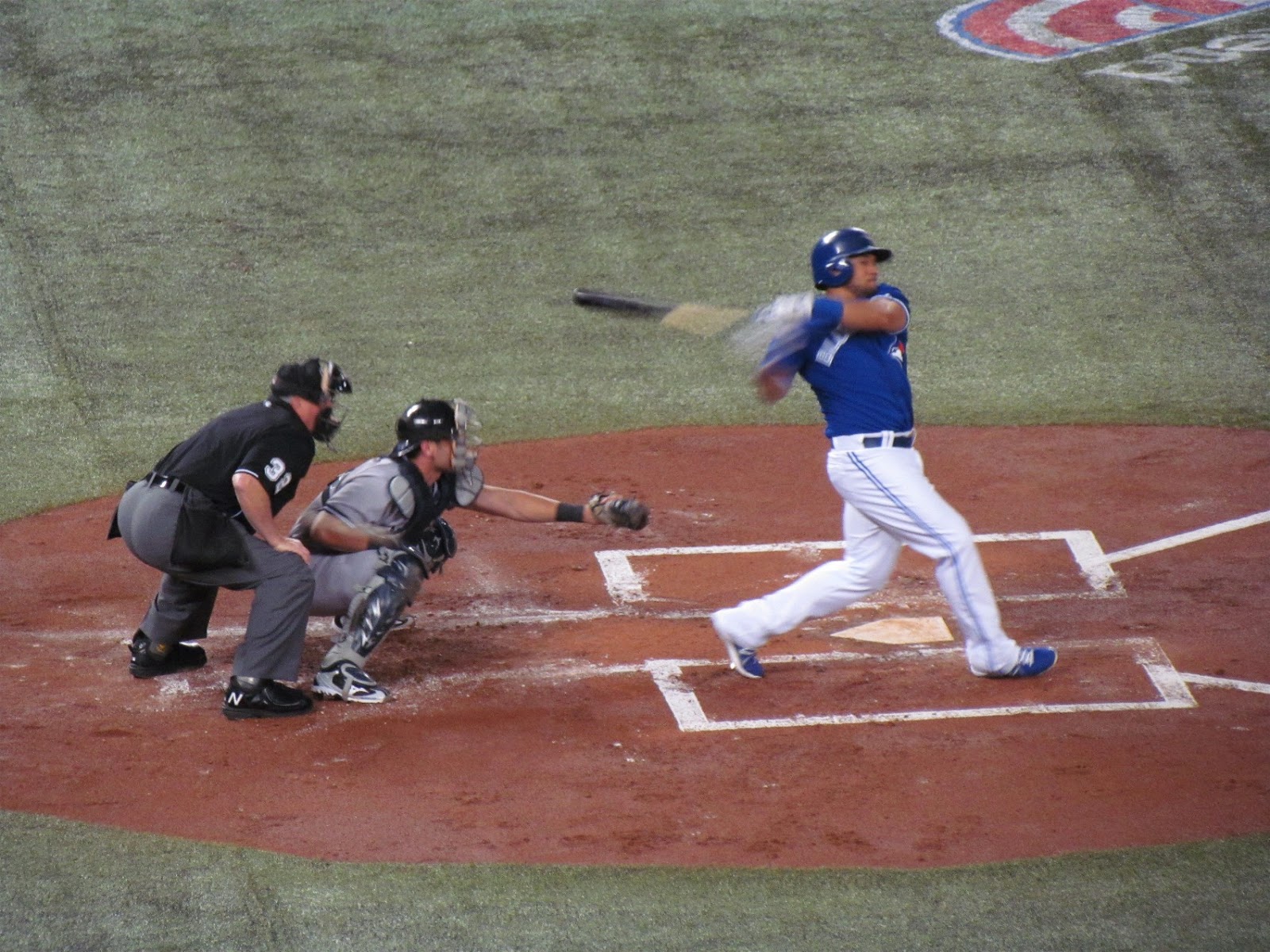 Colby Rasmus came up and broke his hitless streak with a double, which was followed by Batista's third home run of the year! 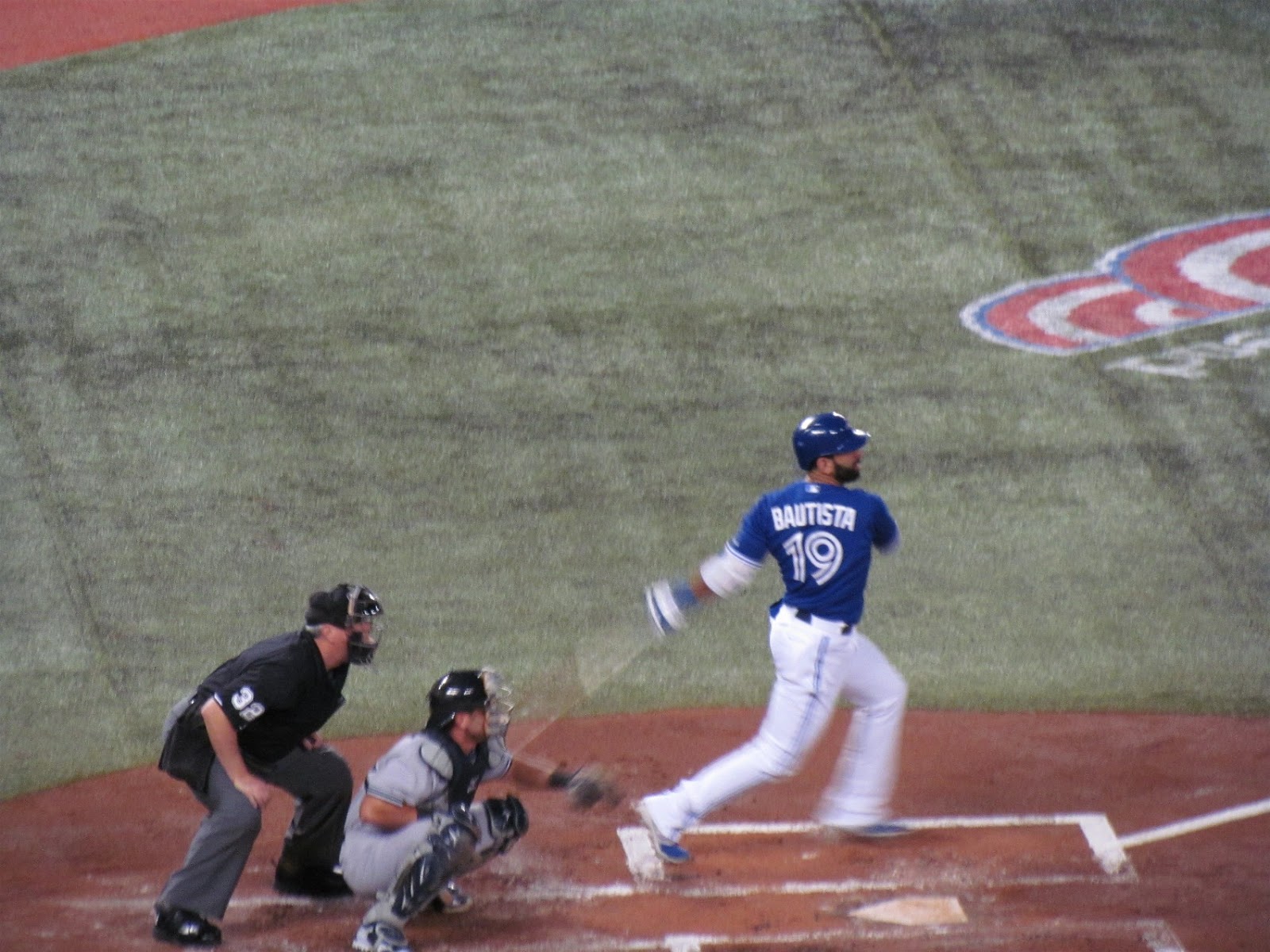 Sergio Santos shut down the Yankees in the ninth to preserve the 4-0 Blue Jays win. 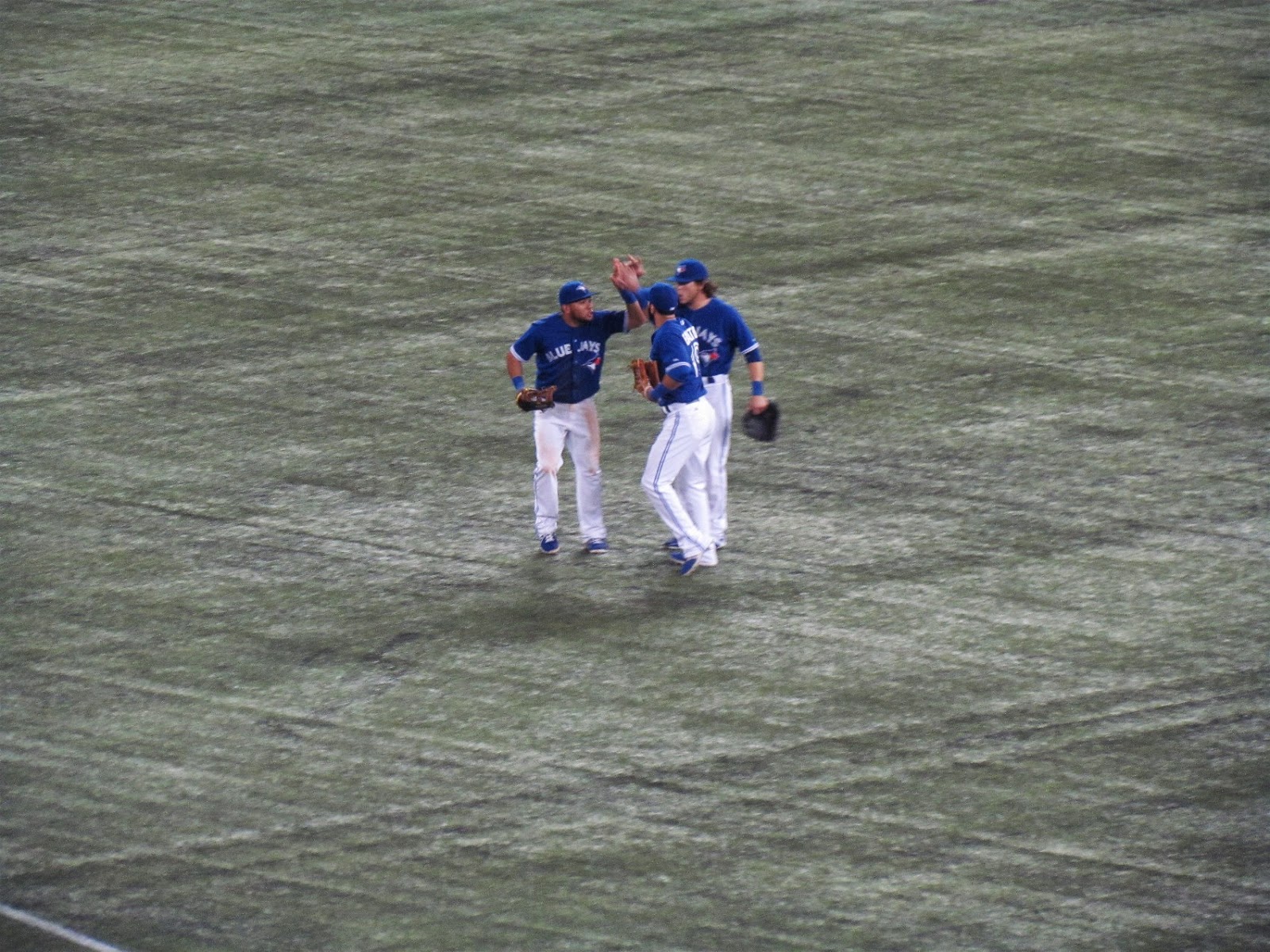 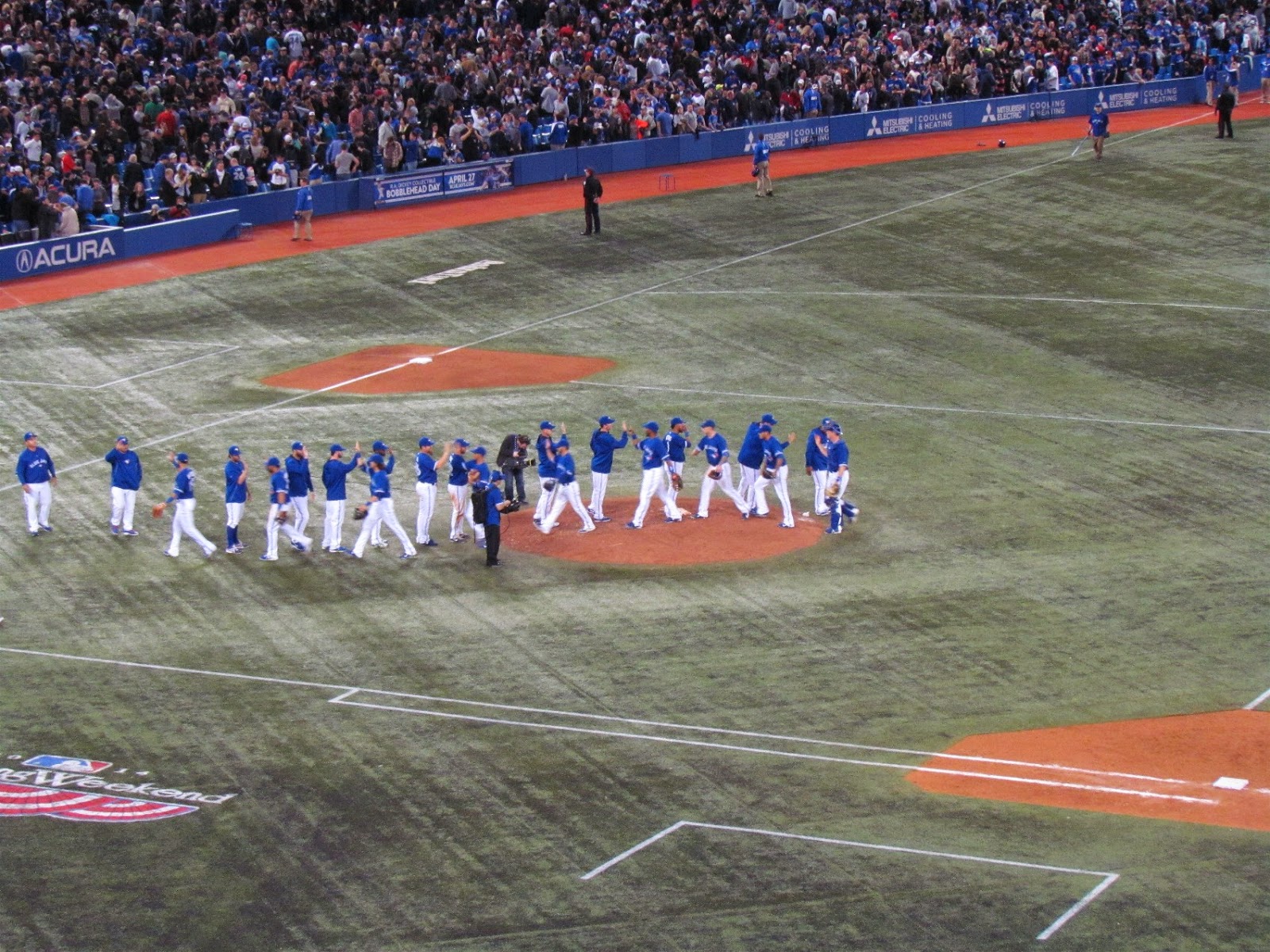 It was a fun afternoon. I'm quite optimistic about the Jays' playoff hopes this year and this game helped to keep that optimism going. 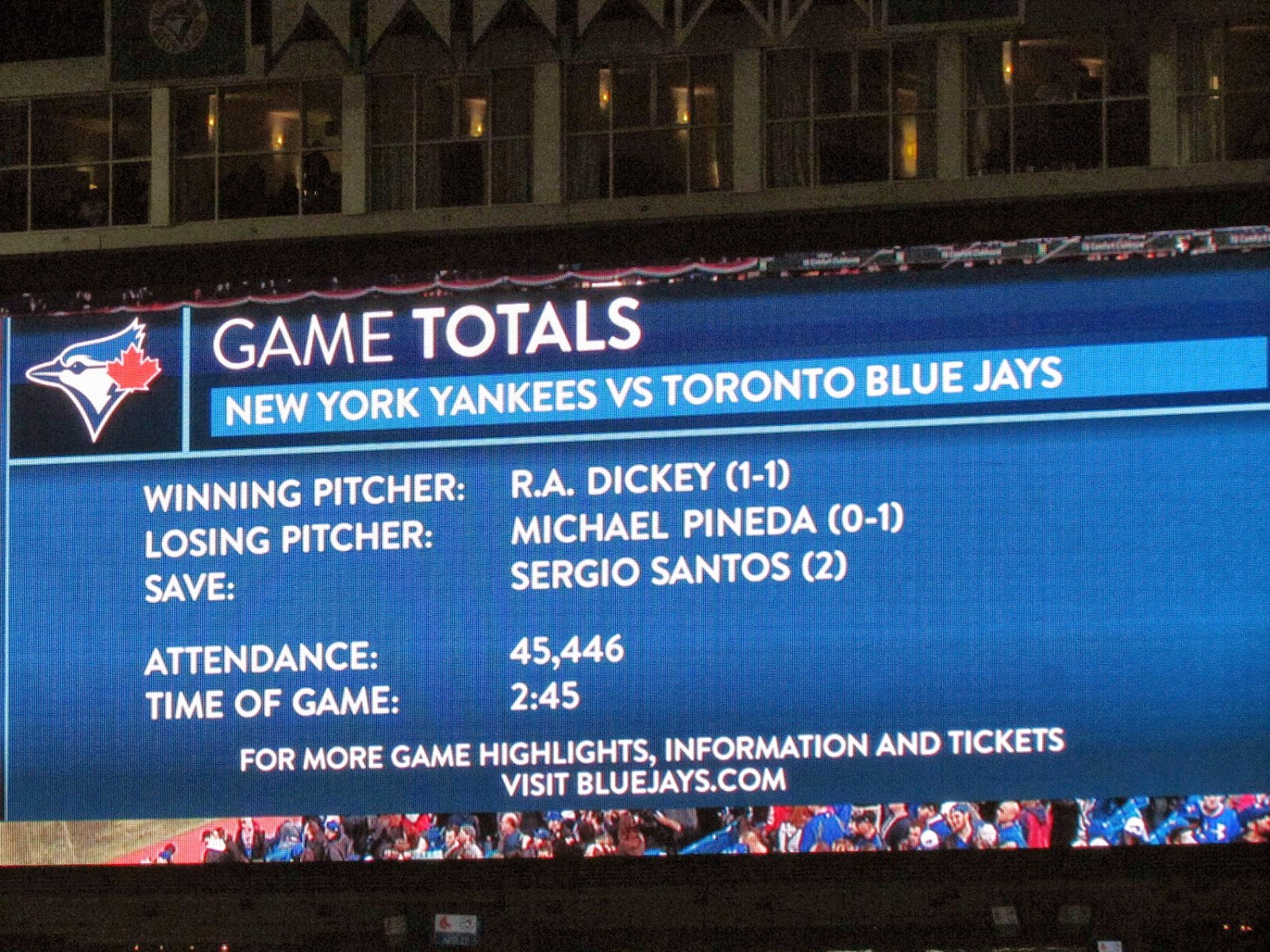 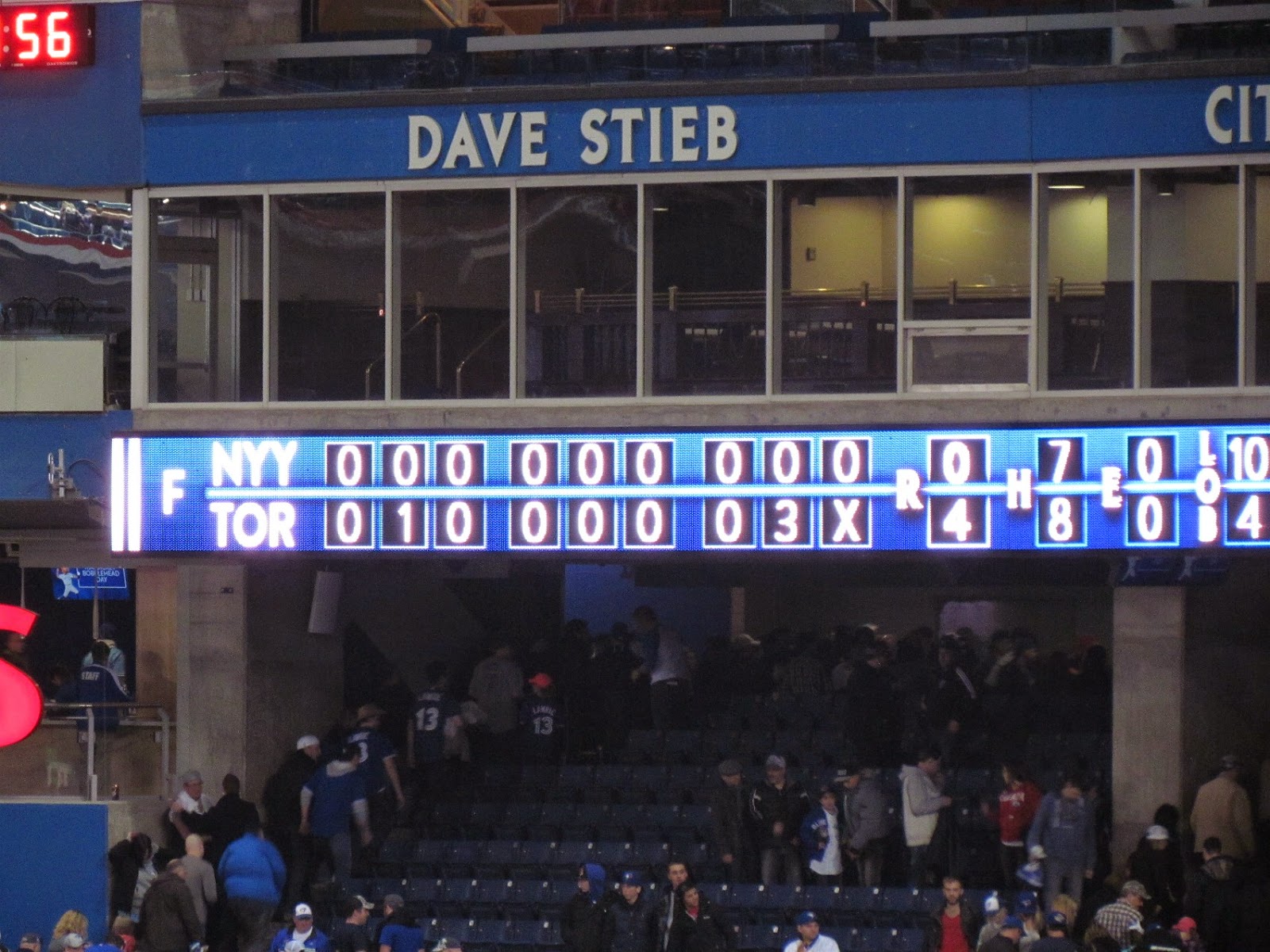