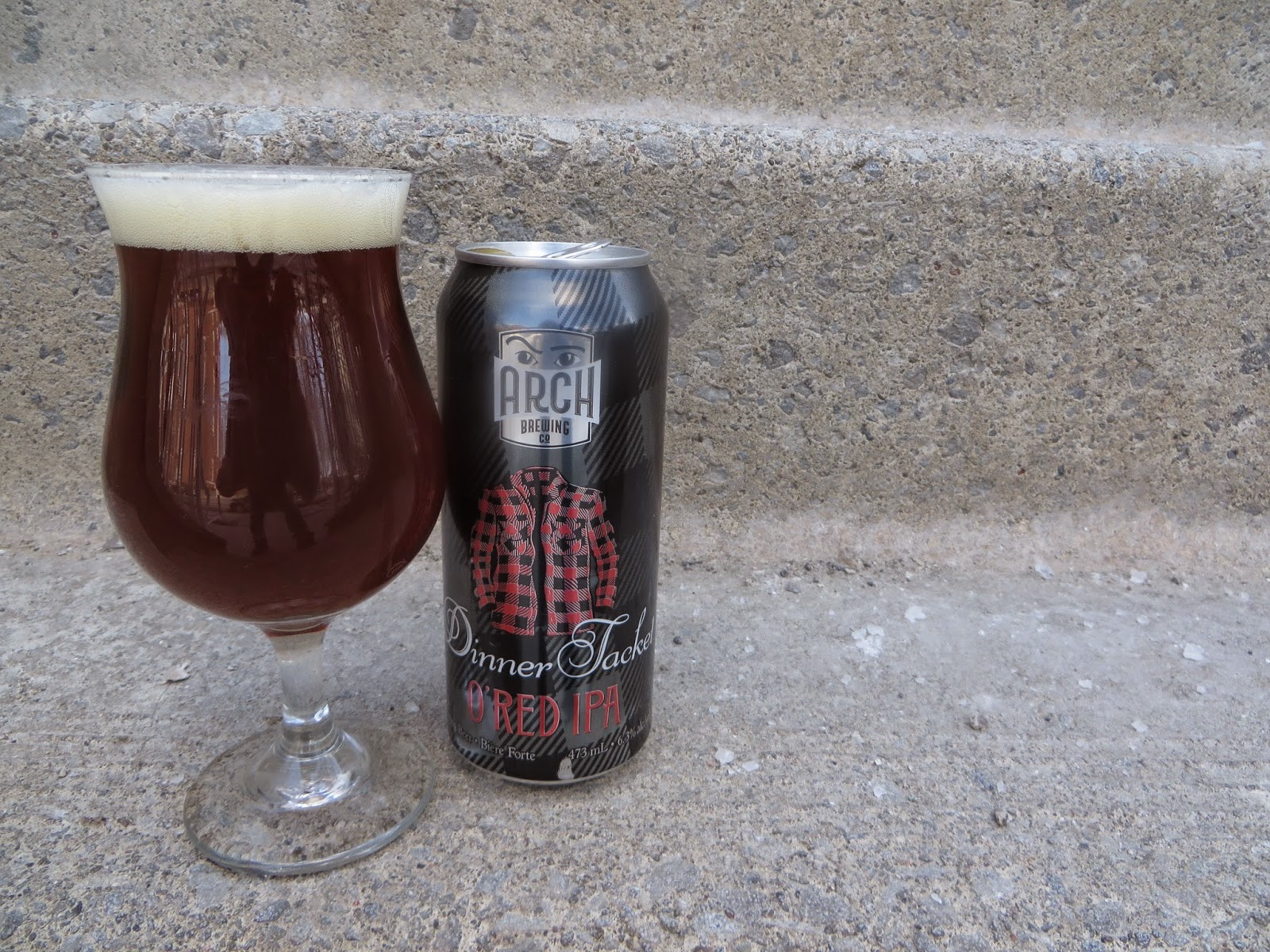 A new brewery has been added to Ontario's growing list of craft brewers, Arch Brewing Company, who currently have one beer in production, Dinner Jacket O'Red IPA. Arch is a contract brewer who brews out of Wellington Brewery in Guelph Ontario.

The recipe was designed by the owners, Sue and Bill King, with the help of Brewmaster Paul Dickey, who in the past has created some of my favorite beers like Black Oak Summer Saison and Double Trouble's Hops and Robbers. Hopefully this is a homerun too.

As it is new and a contract brewery, I don't have any other pictures for you so it's time for a taste.

As the name suggests, the beer pours light brown but with a reddish hue. I was outside when I poured it and it was a little breezy which made it hard catch the aroma but I did detect some citrus tones. The head was off-white and left behind lot's of lacings.

I was surprised that it was a little creamy, something I only expect in stouts, but it turns out that oats are used in this and must act the same way that they do in an oatmeal stout. There is a bold citrusy hop finish that stays with you for a minute or so after sipping.

It's a very nice ale, one that I would have again. It comes in at a stronger 6.3% APV, so just a couple would do you!